Before we look at what Axel Eichendorff and Dietrich Apel wrote about Gustav Adolf Störmer for the Der Waffenschmied, we should study what the books Heer Der Neue StØckel has about the Störmer family.

August Störmer (Stoermer), Herzberg- very little is presently known about him but he used a trademark ASHE which can sometimes be found on a gun sold by another firm. An example of this is a hammer drilling with Carl Paubel-Suhl on the barrel rib and the ASHE trademark on the receiver flat. Axel Eichendorff wrote that August employed eight workers in his shop.

Ernst August Stoermer (Störmer) born in Herzberg around 1776, the son of Johann Jacob Stoermer. He passed away in 1857. He was the father of Gustav Adolf Stoermer (Störmer). He was the Royal Rifle Master in the Herzberg Armory. He also did a lot of private work, mostly for Carl Philipp Crause. Starting in 1822 he signed his work-“Störmer fec” . In 1826 he established his own business with three journeymen which included his uncle Heinrich August Friedrich Störmer and his nephew Philip. In 1827 he succeeded his father as the auditor in the Royal Armory. He worked in Linden near Hanover in 1833-34; in 1840 in Herzberg. Also around 1850 he signed his work with “E.A.Störmer K.o.h.r. Mstr” (Königlicher Ober-Hof-Rüstmeister).

Gustav Adolf Störmer (Stoermer), Herzberg, Hannover, after 1798-1858. He was the son of Ernst August Störmer. In 1858 he took over the management of his father’s business.

G. F. Störmer, Herzberg- Founded in 1860 and operated in 1873 by Carl Friedr. Störmer and employed 15 workers. See the listing in the 1873 Handbook of Industry.

Heinrich August Friedrich Störmer (Stoermer), Herzberg, Hannover. He first worked in the Rifle Armory and from 1926 as a journeyman with his nephew Ernst August Störmer.

Johann Ernst Störmer (Stoermer), Herzberg, Hannover, Circa 1740-1798, came from Goldlauter near Suhl. Possibly the father of Johann Jakob Störmer. He operated a Boring Mill and became a Quartermaster in 1787.

Johann Jakob Störmer (Stoermer), Herzberg, Hannover, 1776-died in 1827. Possibly the son of Johann Ernst and the father of Ernst August.

Philip Störmer (Stoermer), Herzberg, Hannover, 1826, Initially worked in the rifle Armory, from 1826 he worked as a journeyman with his uncle Ernst August.

Following are two sliders with images of a drilling and an early side by side by G.F. Störmer of Herzberg. Presently nothing is known about him. 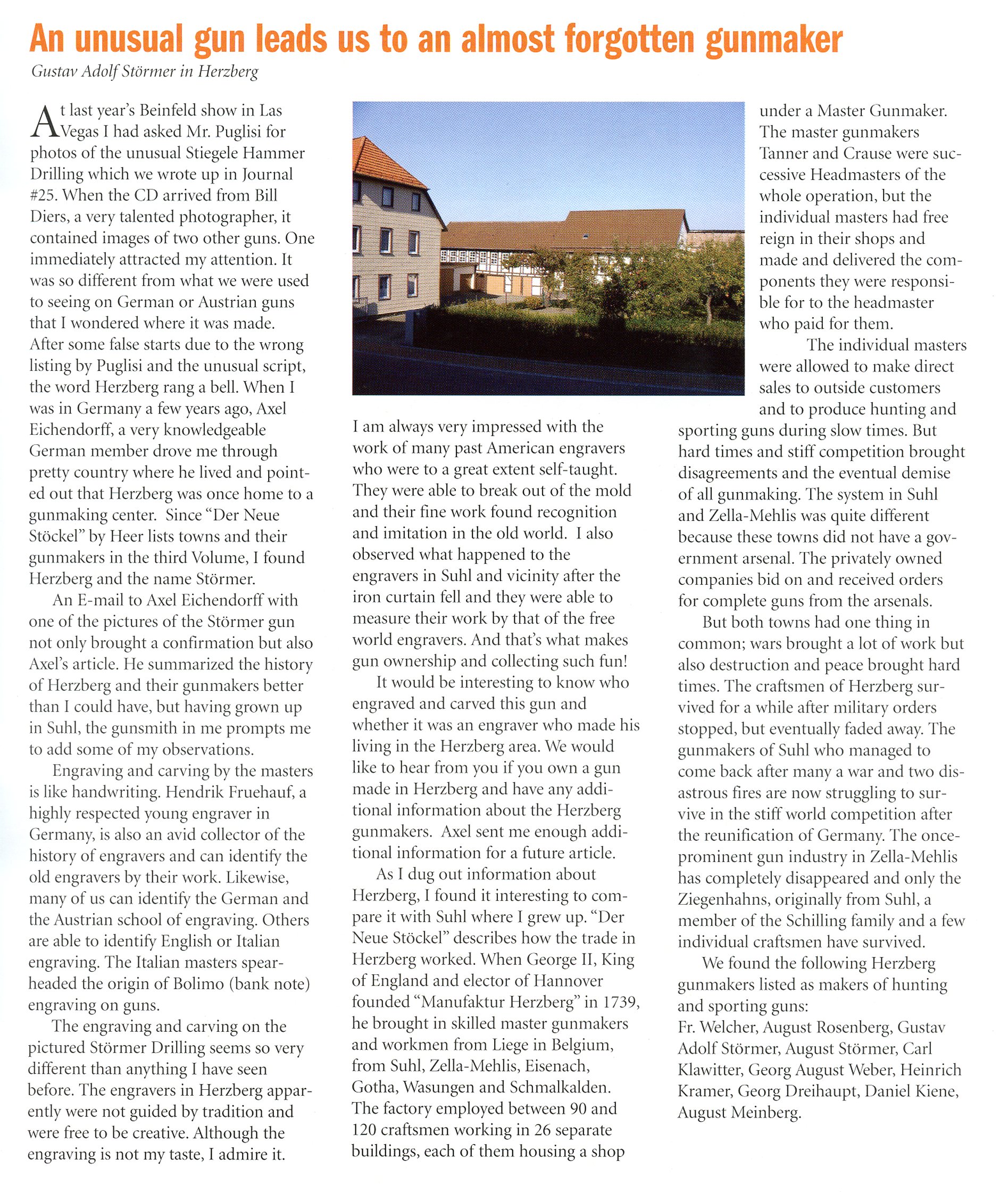 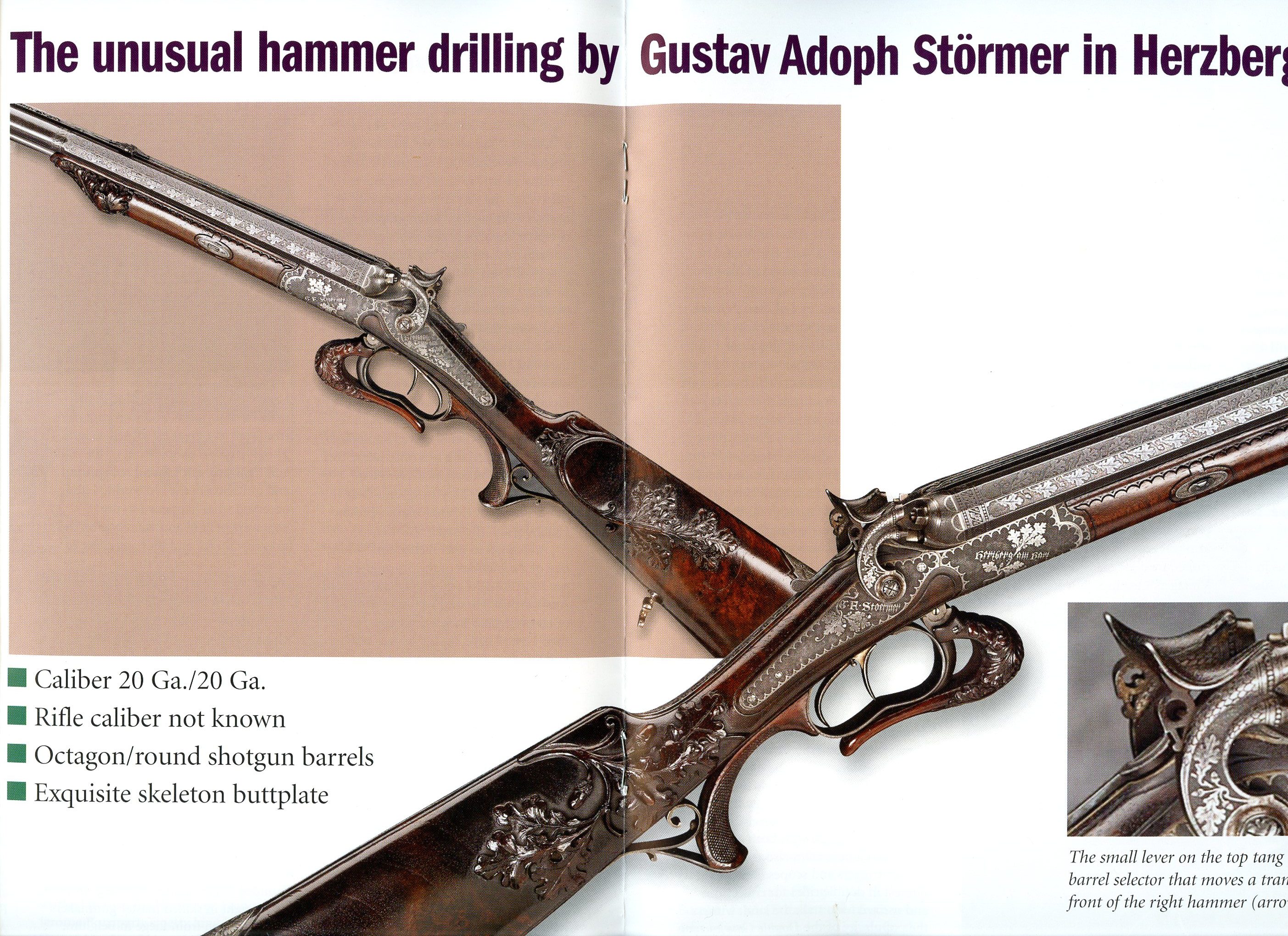 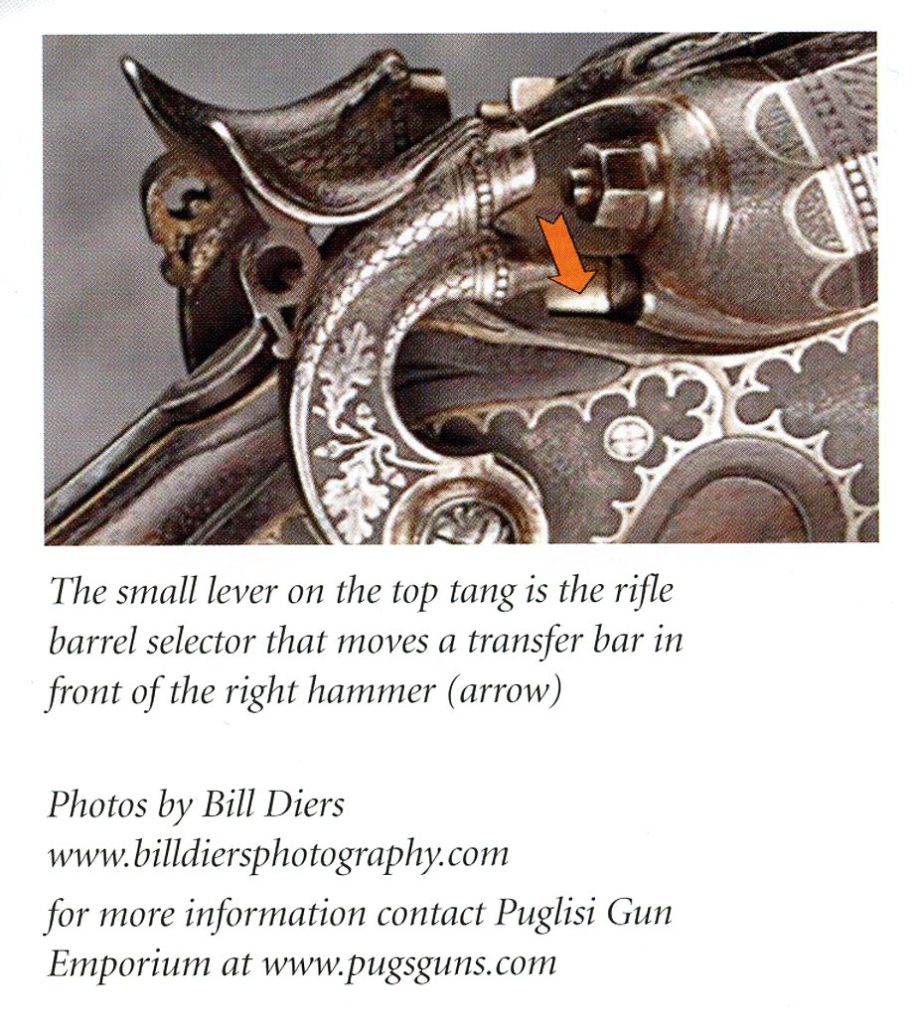