Editors note: The following information is very basic and I am sure incomplete. It is presented as a primer on the subject and if any reader has additional information or observes any errors please let me know and I will change things accordingly.

By definition a Stutzen is a short rifle or carbine. This catagory of rifles includes several varieties that are differant in both style and construction. Each of these will be elaborated on seperately to the best of my ability. A Stutzen rifle is also often referred to as a Stalking rifle and as a class are of lighter weight.

These are short, light weight break action over-under rifles (sometimes also seen in a side by side cofiguration) which have two differant calibers, meant for hunting where both small or large game may be encountered. They are a specialty of several Austrian makers and are most popular there where they are used by hunters in the mountains. 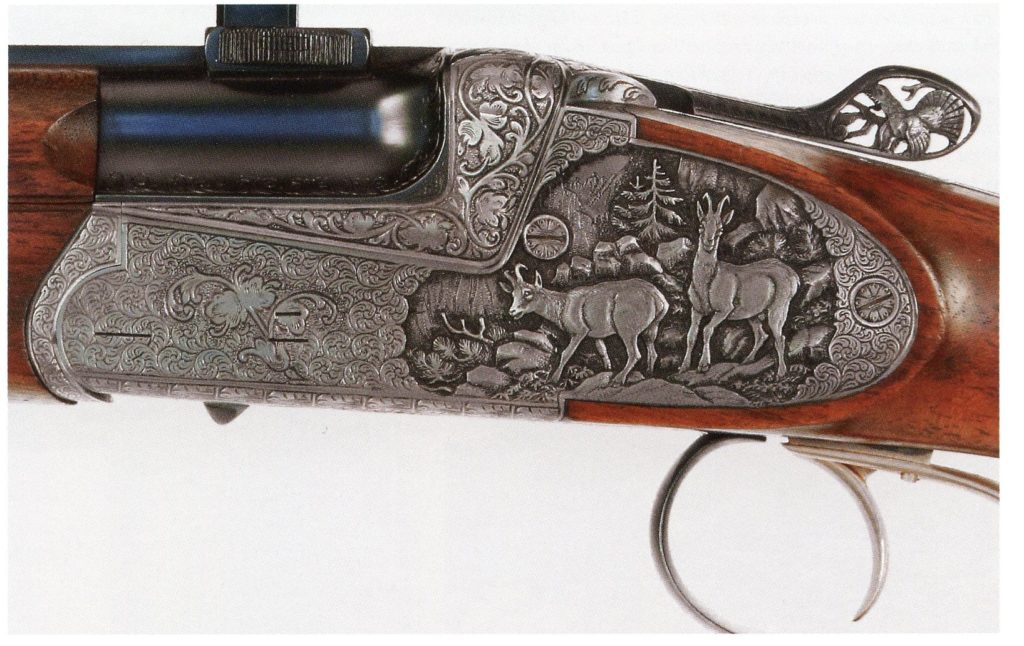 The bolt action Stutzens are a short repeating rifle typically with a full length stock that reaches all the way to the muzzle. The Mannlicher-Schönauer is the most often seen make although Mauser also made a model in this configuration. In America any rifle with a full stock are referred to as a Mannlicher even though they may not be made by Mannlicher-Schönauer.

According to Cassell’s new Compact German Dictionary the definition of Feuer is Fire, ardour, passion. The Feuer Stutzens are single shot rifles meant for informal target shooting. They often have target type sights, a finger rest type lever, and are chambered for the 8.15 x 46R cartridge.

In the mid 19th Century a gunsmith by the name of Wolfgang Leithner of Ischl, Austria developed a large bore muzzle loading percussion stalking rifle. Ischl happened to be the location of  Emperor Franz Joseph I favorite hunting lodge. The Emperor was an ardent hunter and embraced the Leithner rifle as his favorite for hunting in the Alps. It was as previously stated a large bore (approximetely .55 to .58 cal.) rifle with a finger rest trigger guard, full length stock, and a short overall length.

When the self contained cartridge became successful in the early 1870’s Wolfgang Leithner began building single shot break action rifles along the same lines with the full length stock, an octagon barrel, and lock up with an under lever. Other gun makers soon followed and the Ischler type became standard with either an under lever or top lever, a break action (kipplauf) with an octagon barrel, outside hammer,  staghorn forend tip and a shorter overall length.

A Pirschstutzen is simply a Deer stalking rifle. In old texts they are sometimes referred to as Birschstutzen.

The following little article was found in the 1907 periodical Schuss und Waffe. 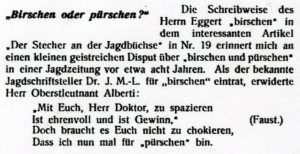 This is another name for target rifles. Here we illustrate a Percussion muzzle loading target rifle made by Cajetan Mussack around 1850 and is typical of Austrian target arms of that period with the rear facing lock. (See also Johann Peterlongo). The images are courtesy of Joh. Springer’s Erben in Vienna. 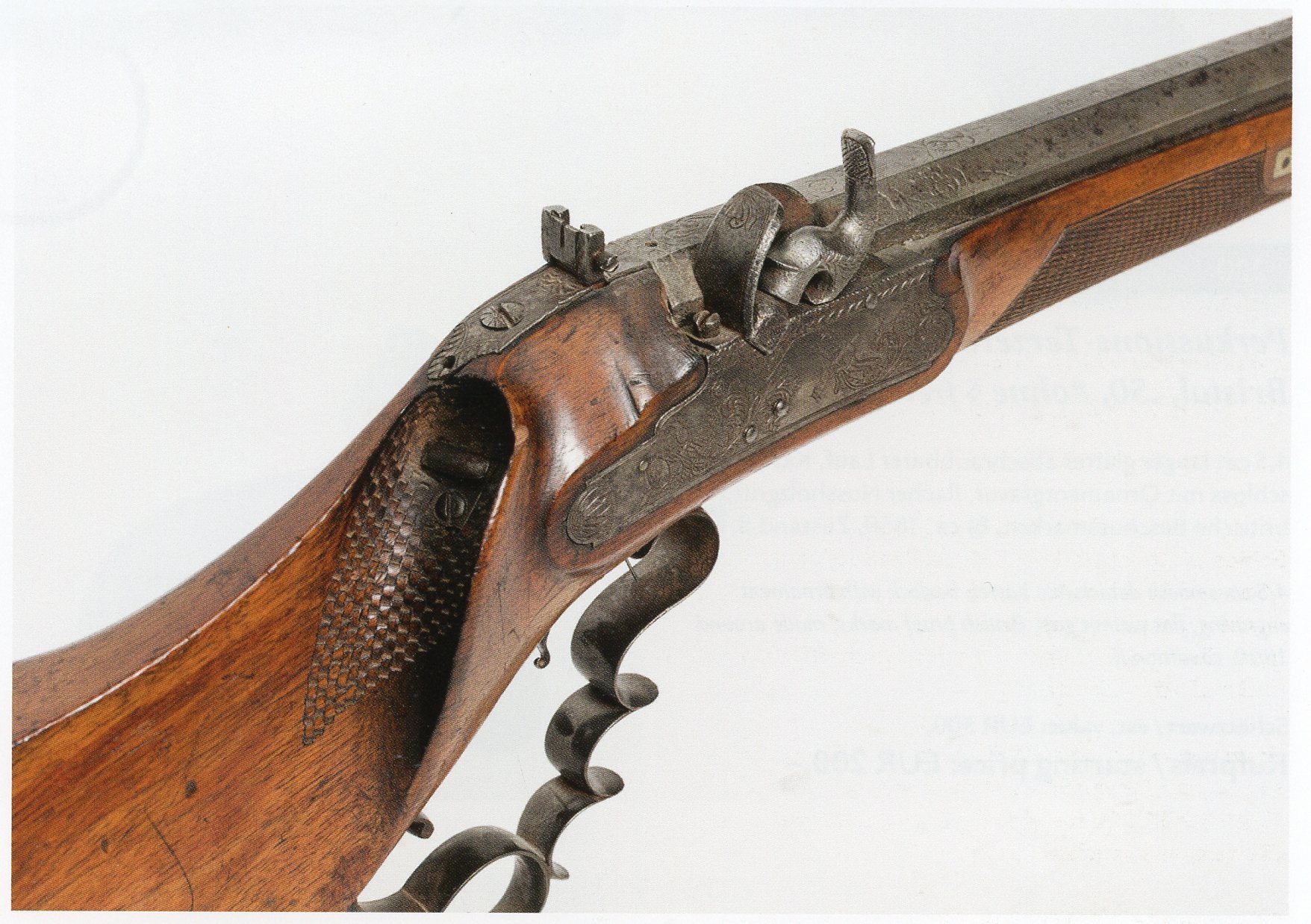