The following appeared in the 1907 issue of Schuss und Waffe

Well known among hunters, he is celebrating the 25th anniversary of his business which he founded in 1883. His reputation as a Gun Maker, Taxadermist and Antler Specialist made him famous all over the world. In 1883 he drew the attention of the canine club Hektor for exhibiting stuffed animals so realistic that he was honored by the judges with a medal, which has never before been bestowed on anybody. Otto Bock was responsible for the progress in Dermoplastic we know of today in Germany.

The begining of his work in Taxidermy, his writings and studies are now preserved at the Royal College in Berlin, which he attended.

His personnal collection of Eggs from German Birds of Prey, now in private hands is one of the most valuable biologic achievements in Germany especially since Otto Bock collected these Eggs himself climbing many rocks and trees.

His interest in animals and specifically in Taxidermy attest to his expertise and workmanship he produced but his greatist achievement was in the production industry of Hunting Firearms of the last 20 years. An avid hunter himself, having friends like Capt. Roth and co-worker Paul Stadelmann, Suhl, his knowledge earned him fame worldwide.  (Editor’s note: Paul Stadelmann later was a co owner of the Schmidt & Habermann firm in Suhl)

How important his production of large caliber (9.3) Doppleflinten was, can be read in various Hunting Publications and attested to by German Big Game Hunters. Otto is now 52 years old, married, a father of three sons and two daughters. One of his sons is also named Otto and is expected to step into his fathers foot steps. (Interpreted from the German text by my good friend George Brinkop)

It is unknown when the Otto Bock concern stopped gun making but an example with a date code of 1939 has been observed.

Otto Bock Jr. did follow in his father’s footsteps to some degree. The 1907 issue of Schuss und Waffe carried a story about Otto Bock Sr. and Jr,  hunting together with Hauptmann Roth and went on in great detail about Otto Jr’s. shooting prowess. It is apparent that Otto Jr. took a great interest in Prosthetics and in 1919 founded the company “Orthopädische Industrie GmbH” in Berlin to supply the large numbers of disabled veterans from World War I with prostheses. The Company is still under the managment of his grandson. 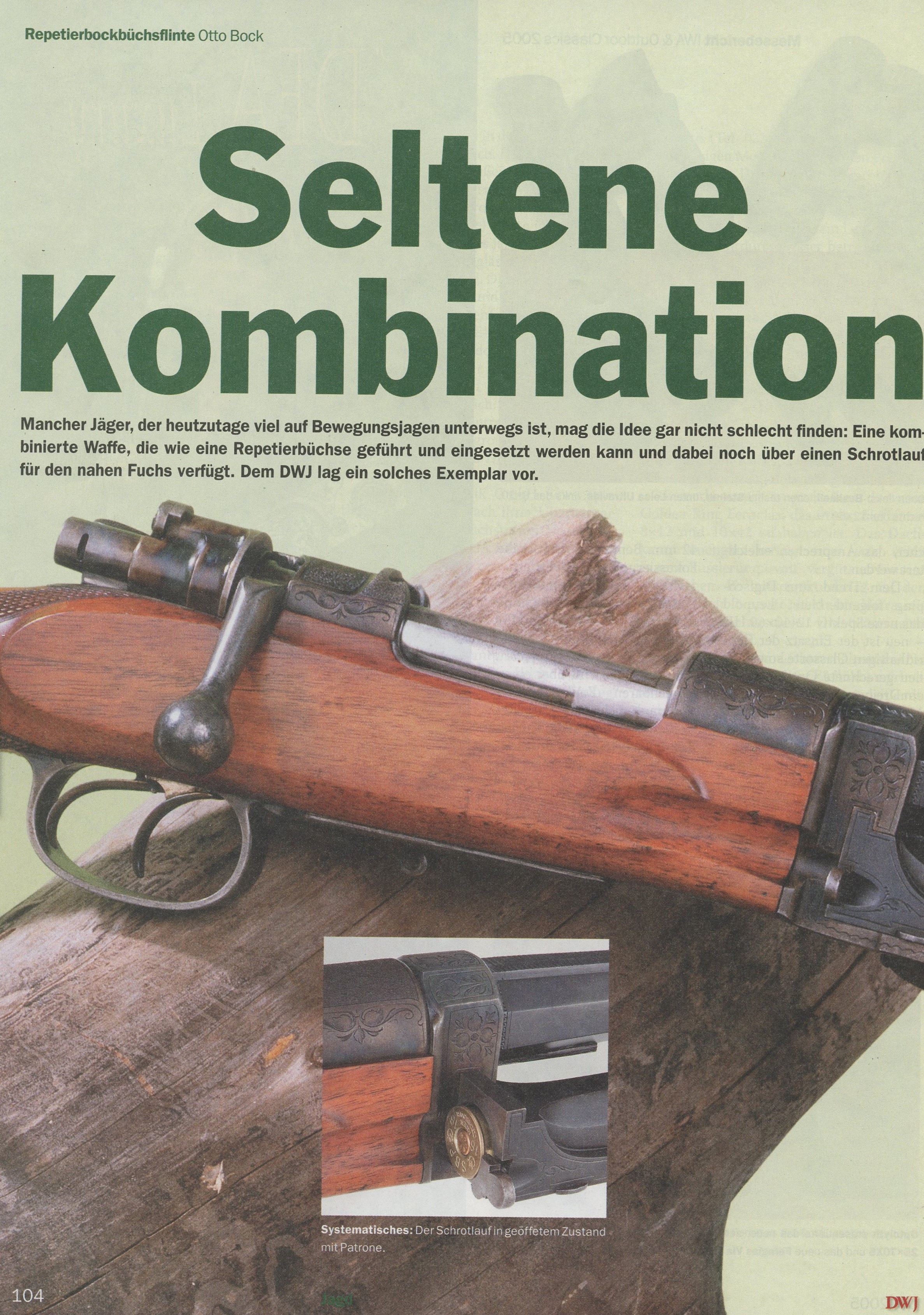 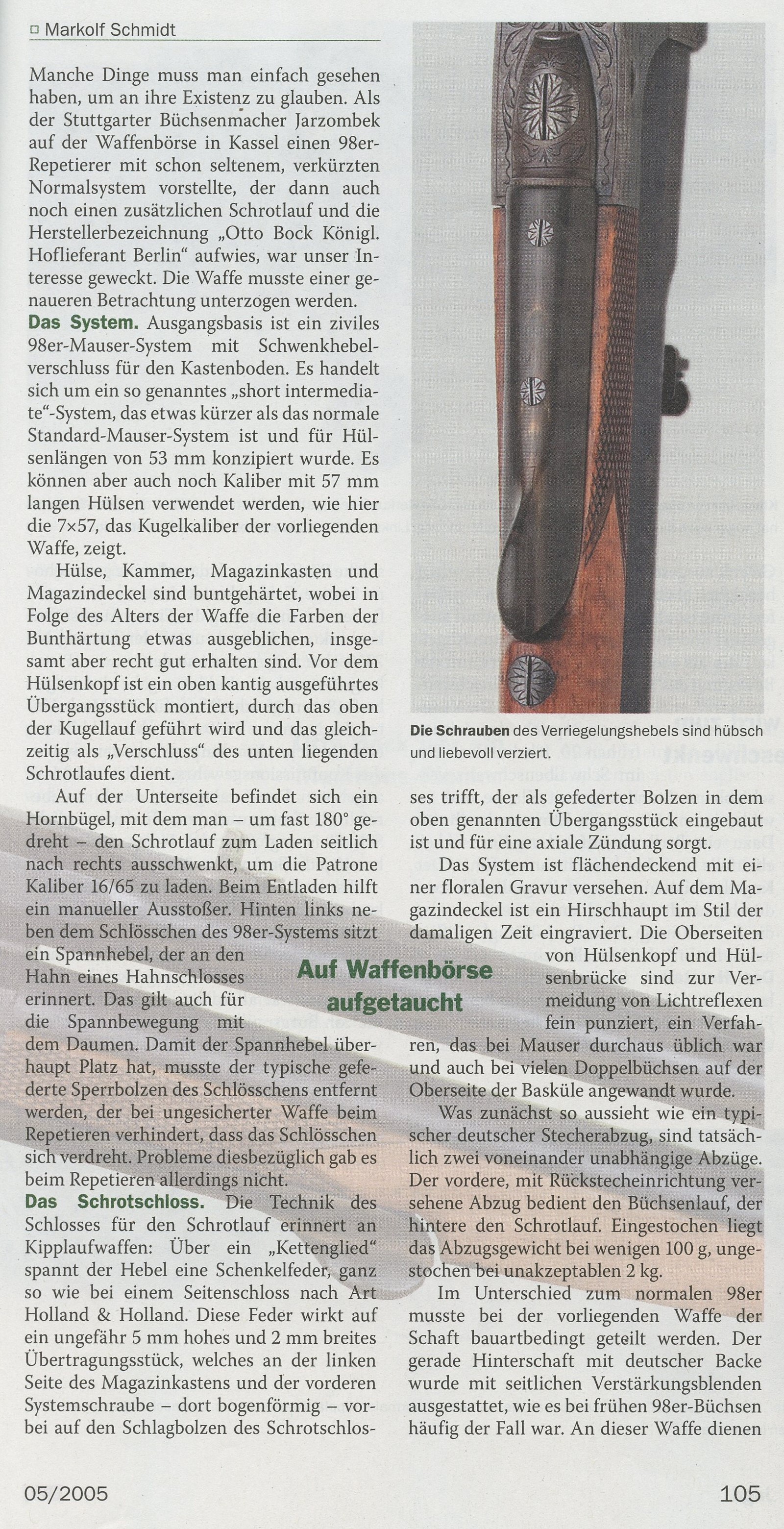 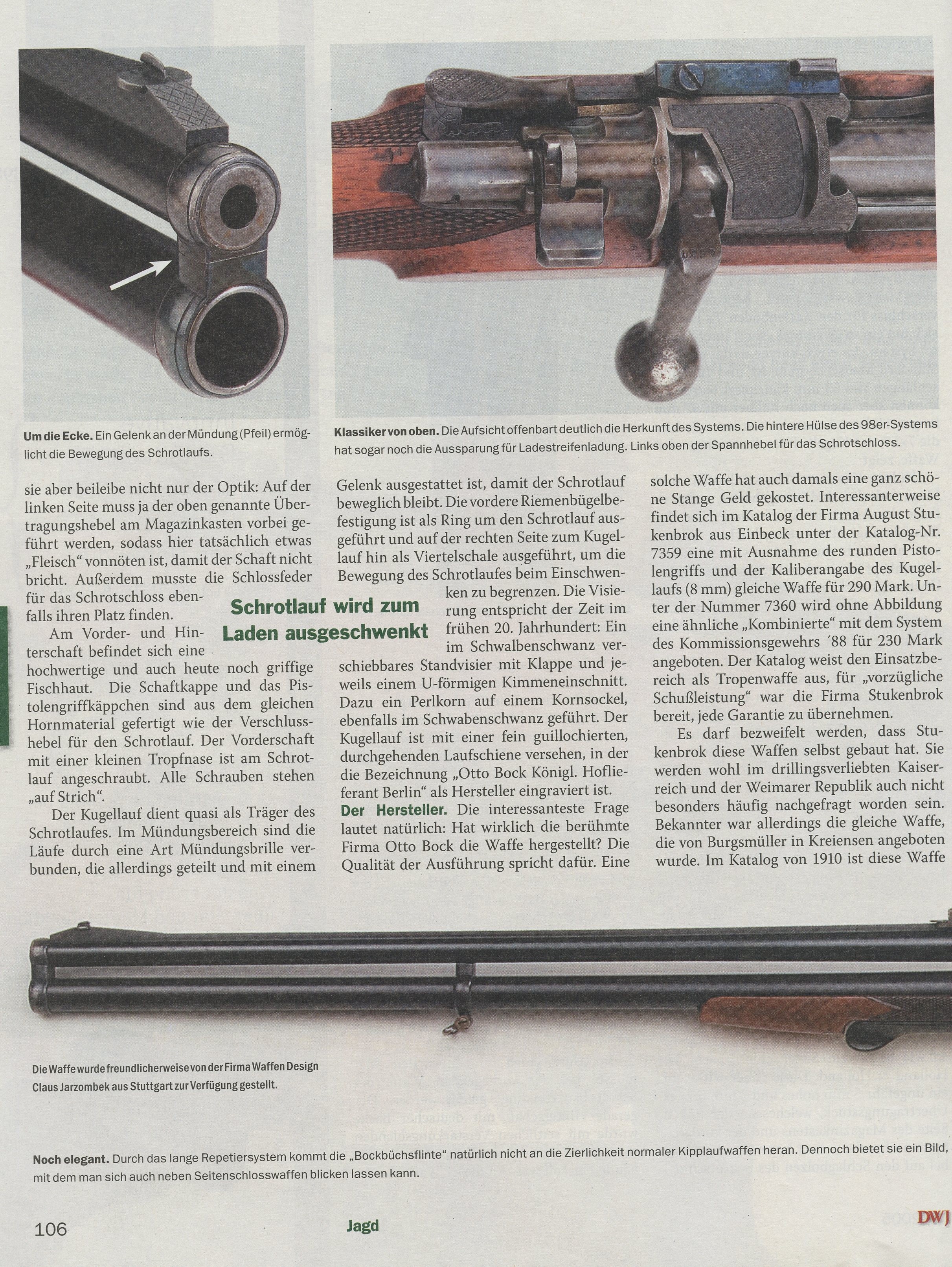 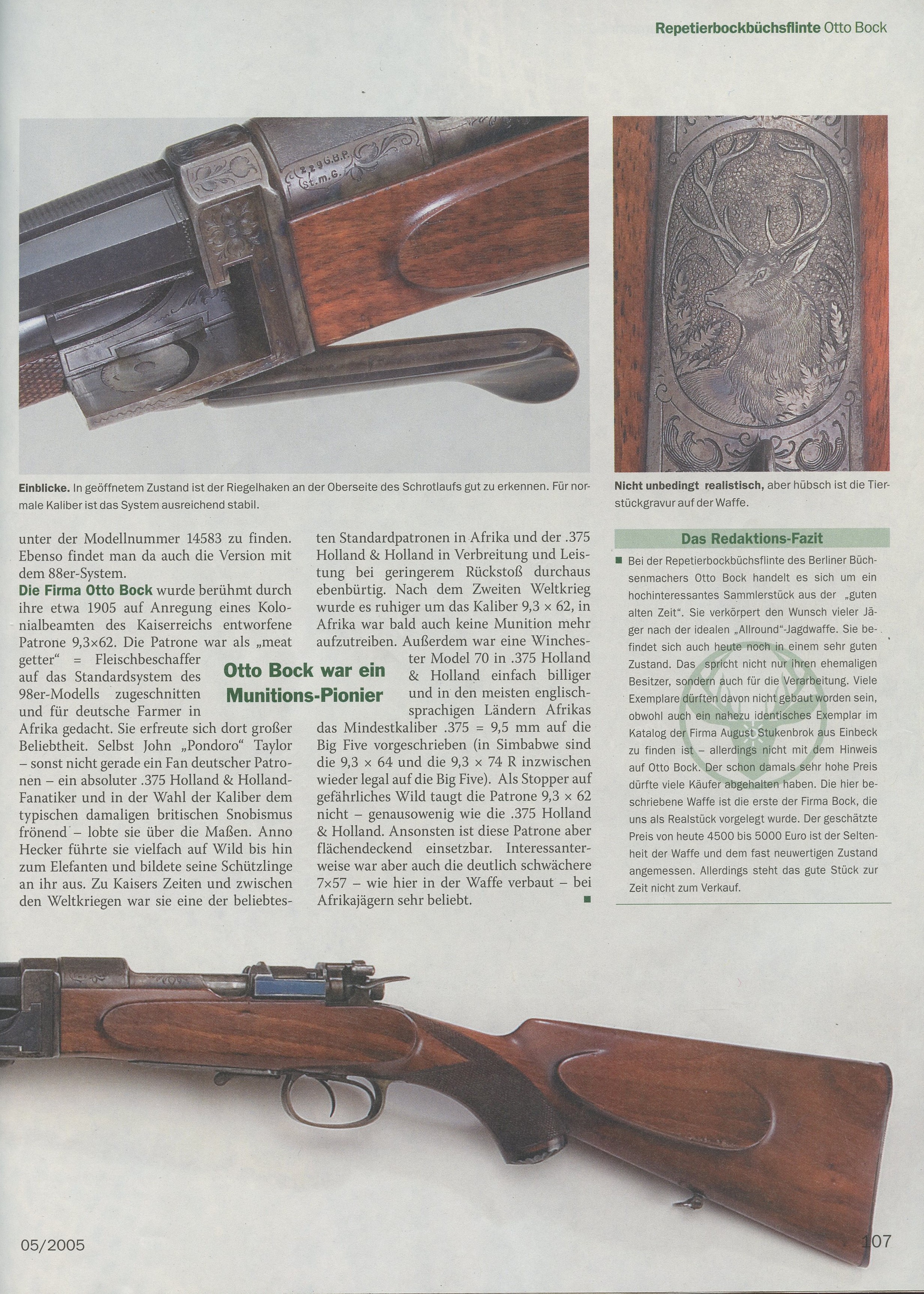 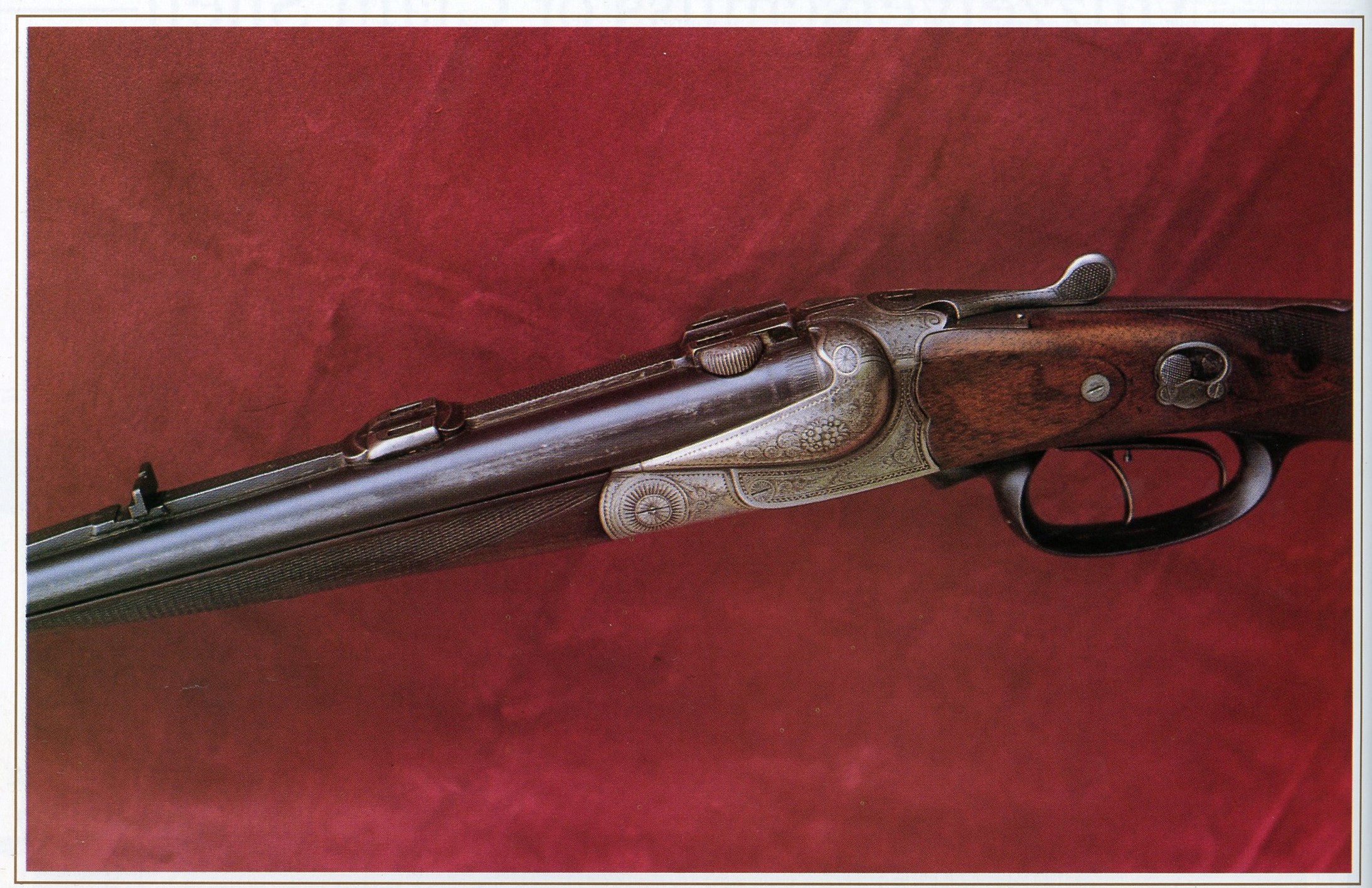 A Otto Bock, Berlin, Blitz double rifle in 8x57IR, From Fredrik Franzén’s article Muzzelverschluss or Clam Shell which appeared in the Autumn 1997 issue of the Double Gun Journal. 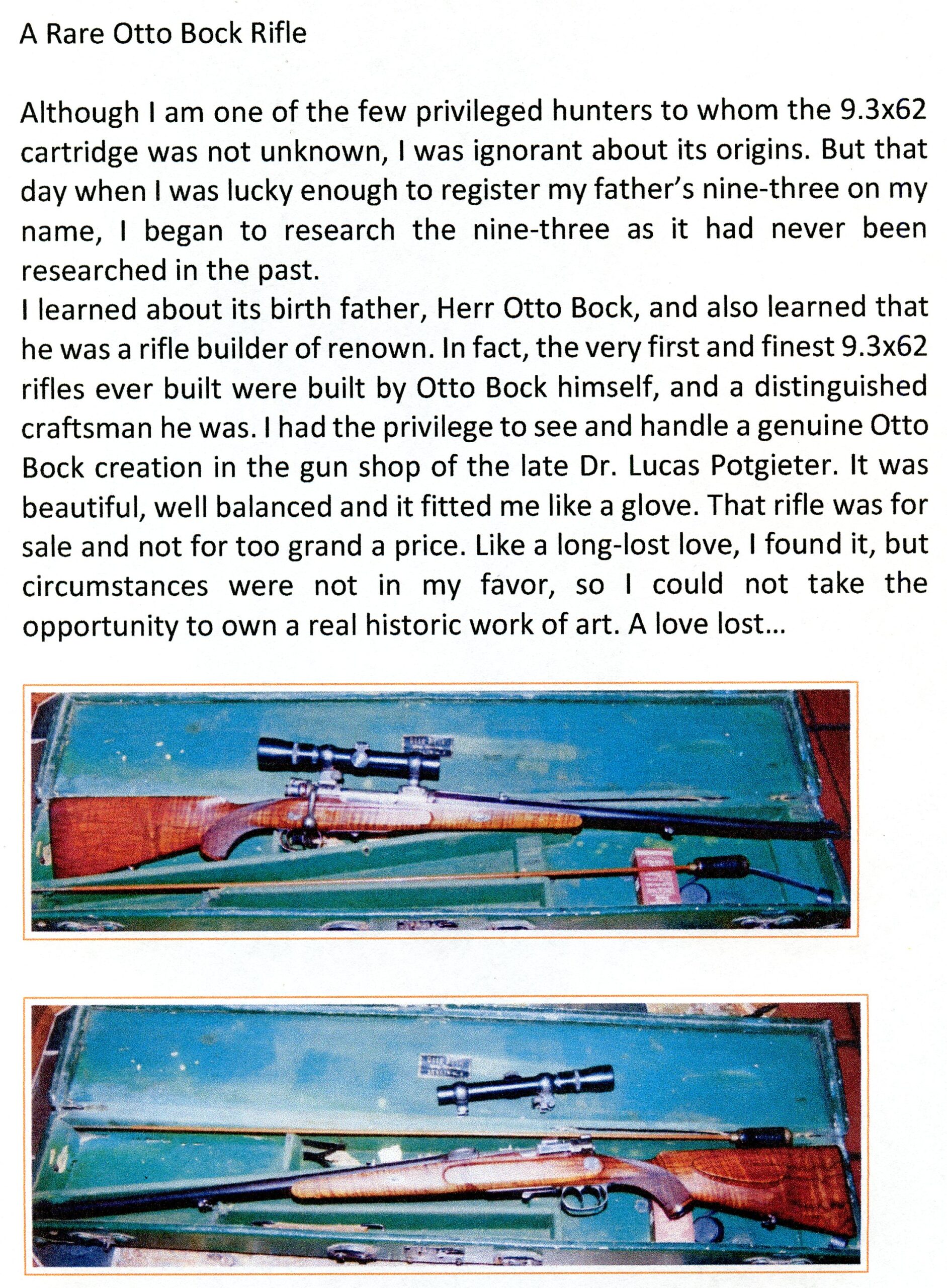 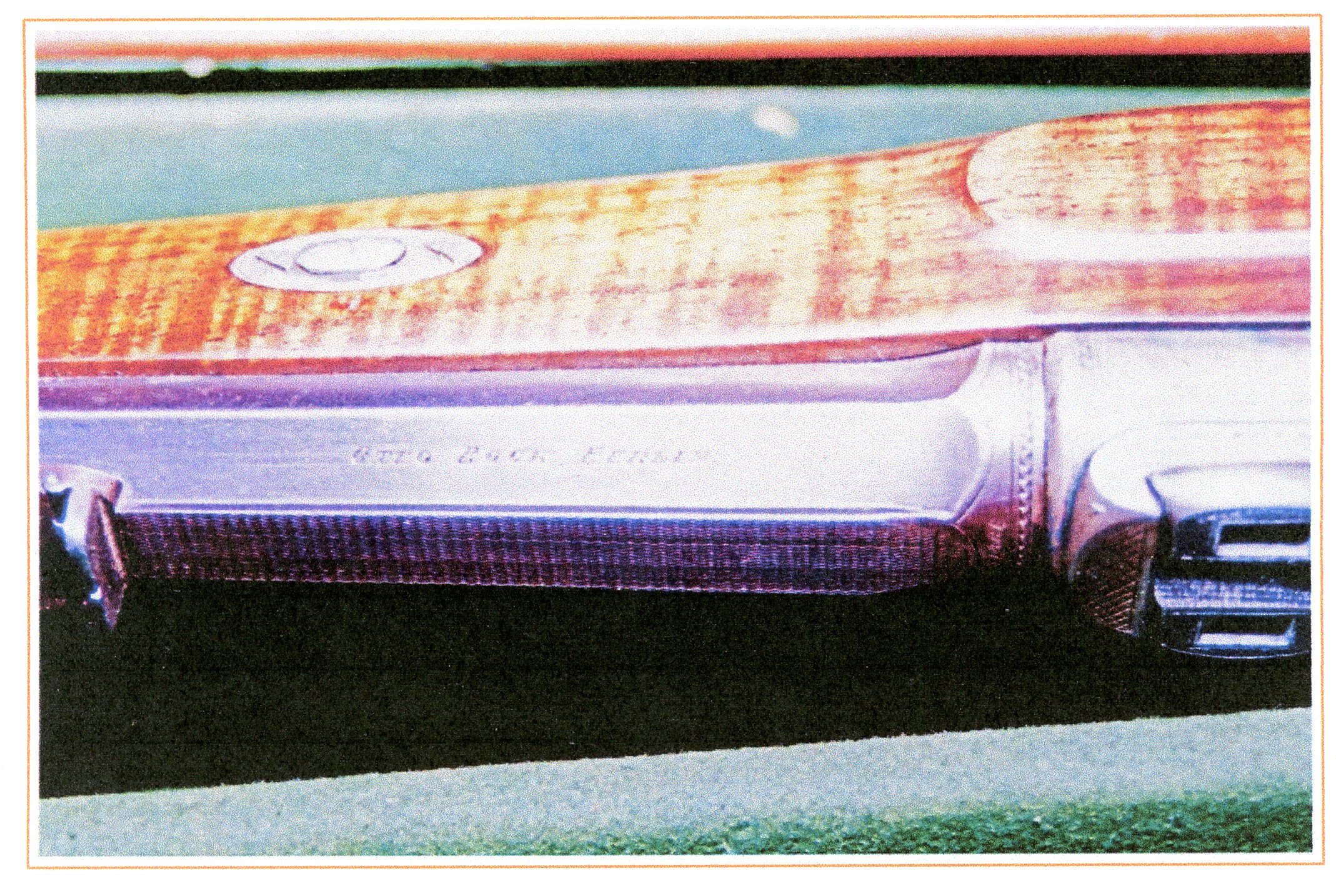 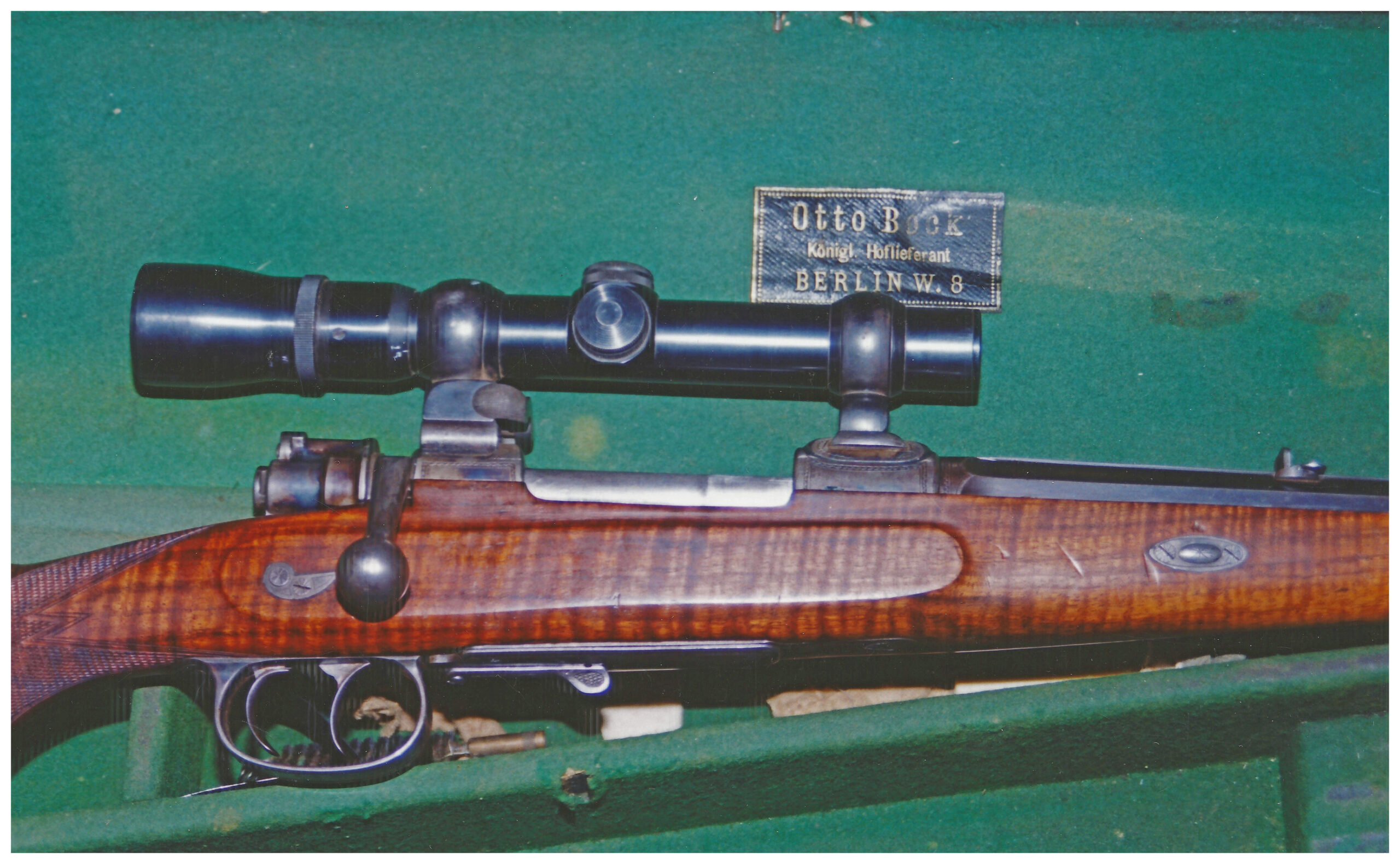 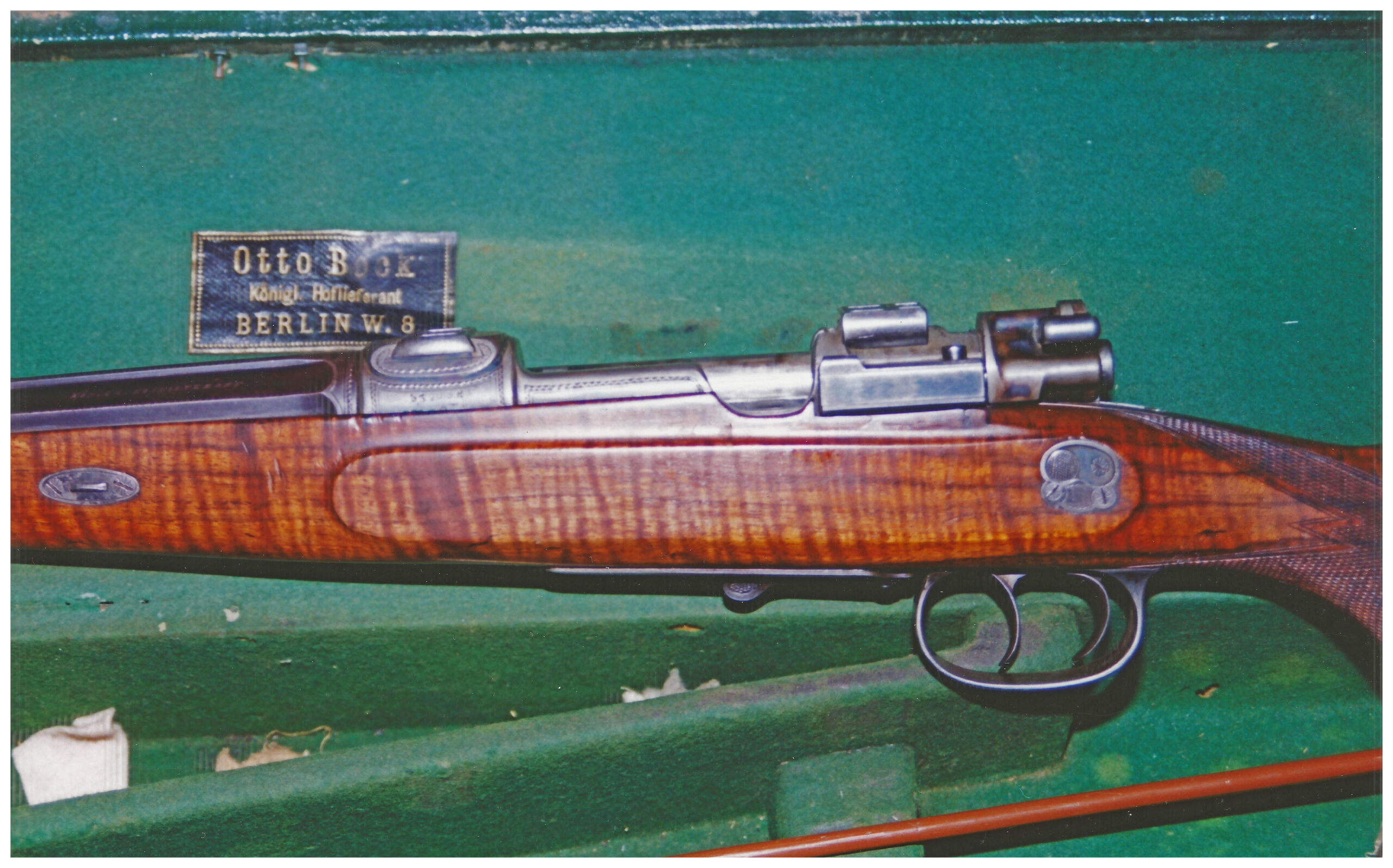 As pictures and information comes to light they will be added to this page.