Heinrich Friedrich Wilhelm Barella was born in Soest, North Rhine- Westpahalia on Jan. 3, 1819. His grandfather had emigrated in 1760 from Milan, Italy where the family was well connected,educated and well to do. He (the grandfather) married a woman from the Simon family of Paderborn to the west of Soest. In his late teens Heinrich entered the Royal Foundry in Magdeburg, Saxony where he served a four year apprenticeship. In 1844 he founded his first gunshop in Magdeburg “H. Barella, Königl. Hofbüchsenmacher”.

About 1860 Heinrich was recognized by the Royal Prussian court for his high quality products and opened a second shop in Berlin on Laubenstrasse 9. Evidently he changed locations in Berlin several times as an 1866 advertisement gives his shop address as Behrenstrasse nr. 29. Later he moved the shop to Mohrenstrasse nr. 61 to be nearer to the Royal Court.

In the early 1860’s Heinrich developed a “quick loading” conversion of muzzle loaders to breech loaders using a paper combustable cartridge. The following article is about this double barrel rifle conversion and gives his address as both Madgeburg and Berlin and is from the Leipzig “Illustrirte Zeitung” of Oct. 7, 1865.

By 1868 he had embraced the successful self contained cartridge and had developed a break action (kipplauf) gun  with an underlever and single bite lock up. An article detailing this action appeared in the “Diana” section of the “Der Pferdefreund” of January 1868. This he advertised as a Fürst Pleß gun but it is not based on the Berger coil spring action but on the hammer driven action we now call the Daw. To see more about the Berger design click Here. 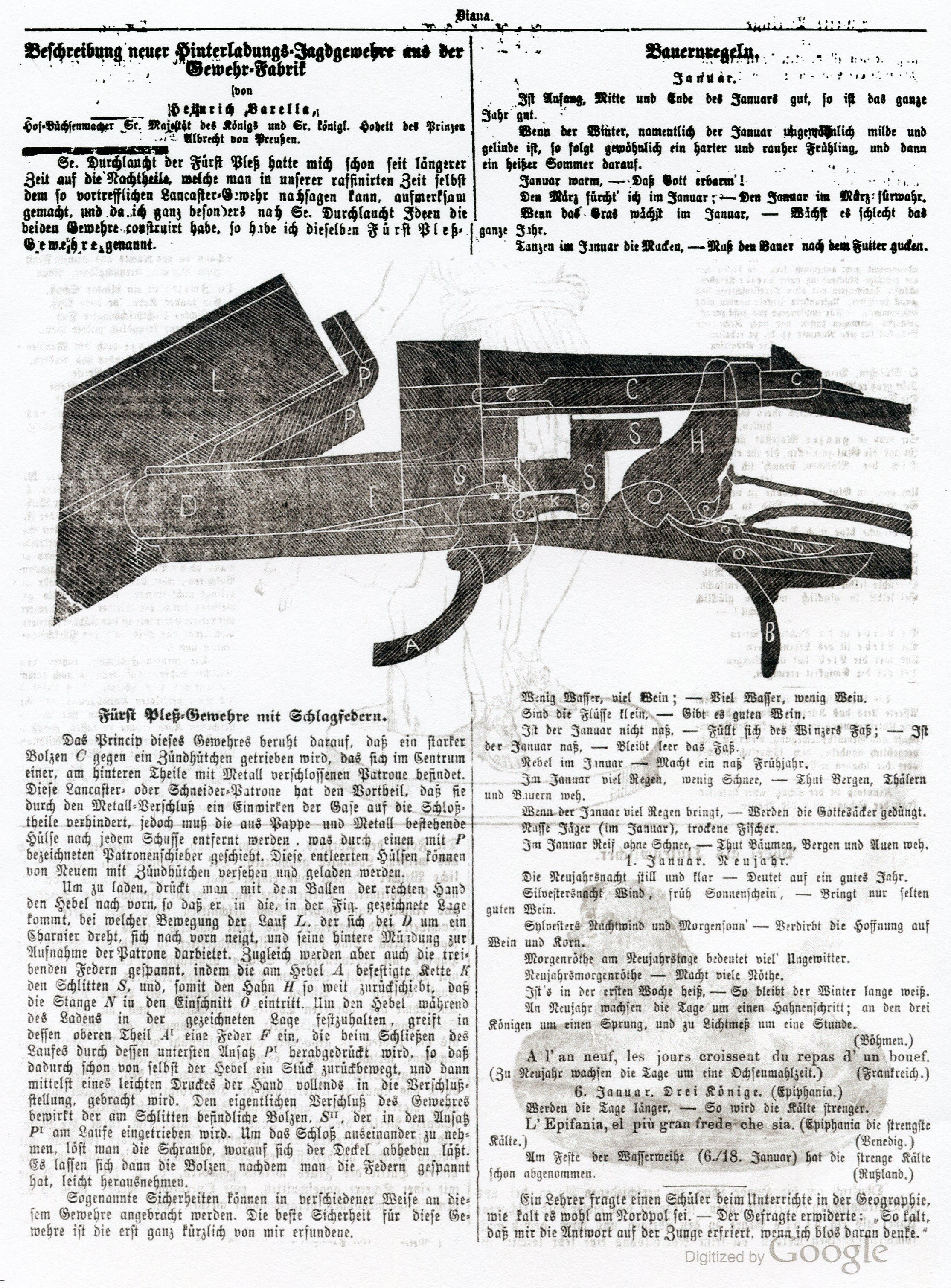 Heinrich maintained a connection with his grandmothers home of Paderborn and his second wife was Luise Leue from that City. One of Heinrich Barella’s apprentices was a nephew of Luise, Heinrich Leue (1837-1897) who later became a well known gun maker in his own right who also had a shop in Berlin. Heinrich did not have any children of his own but his younger brother August Barella was active in the business and August’s son Matthew took over the businss in 1893 when Heinrich passed away. The business remained open until 1931 when Matthew’s son Max declared bankruptcy.

The great web site https://shotguncollector.com has a pdf of a Heinrich Barella Catalog 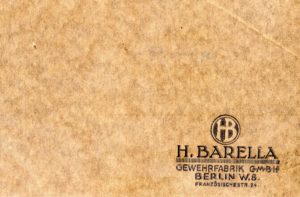 Below are images of a Barella Pin Fire side by side 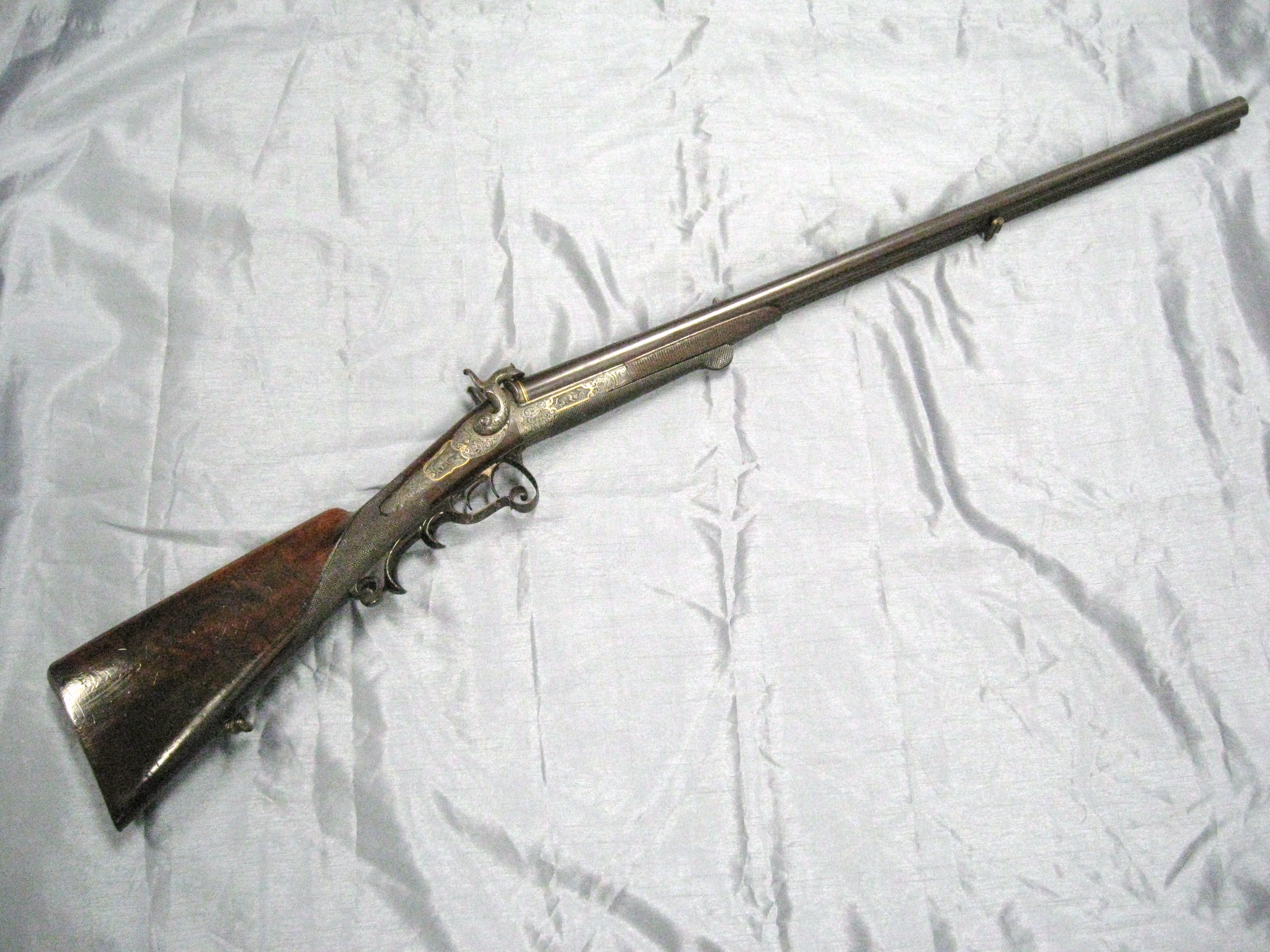 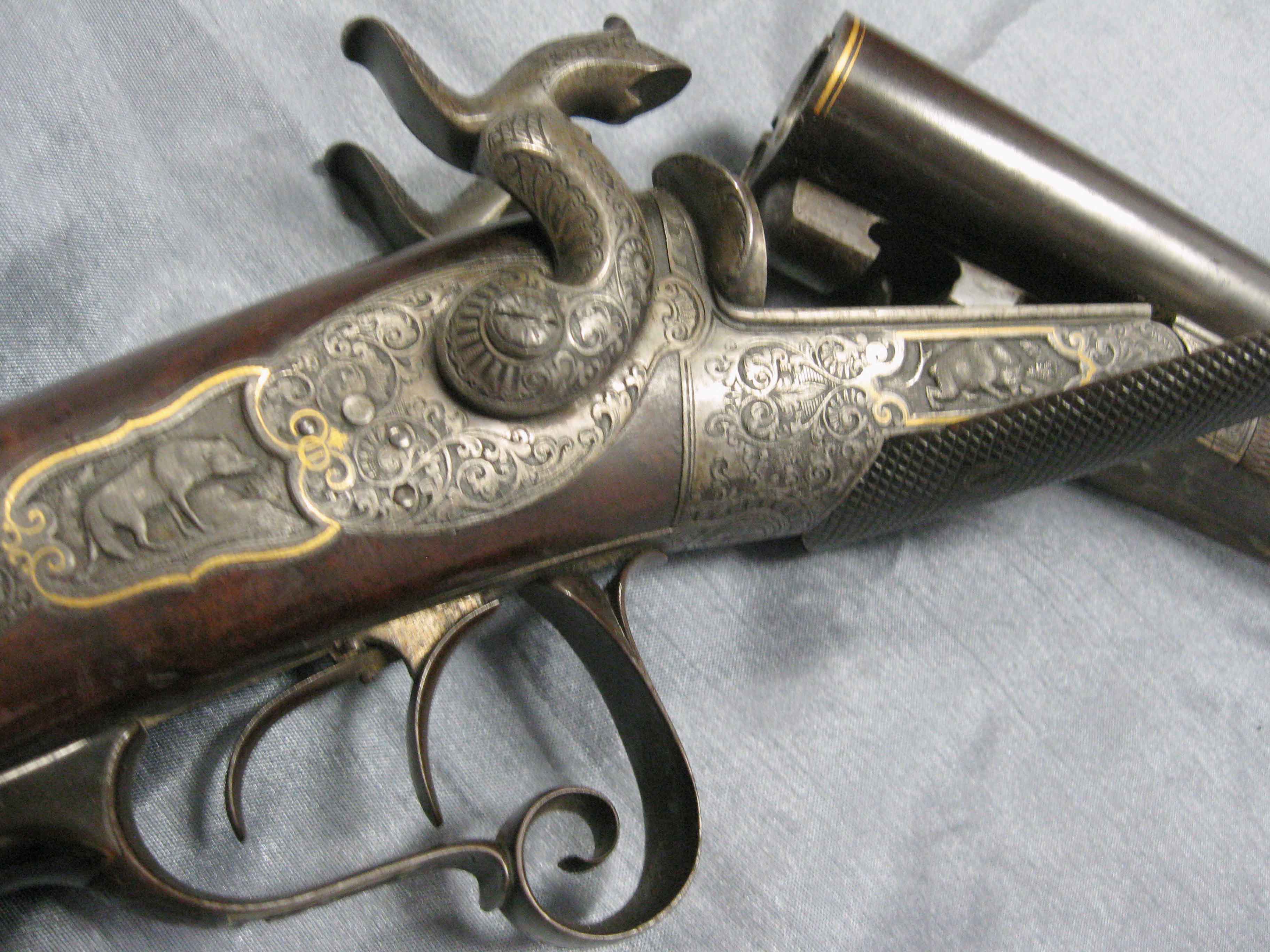 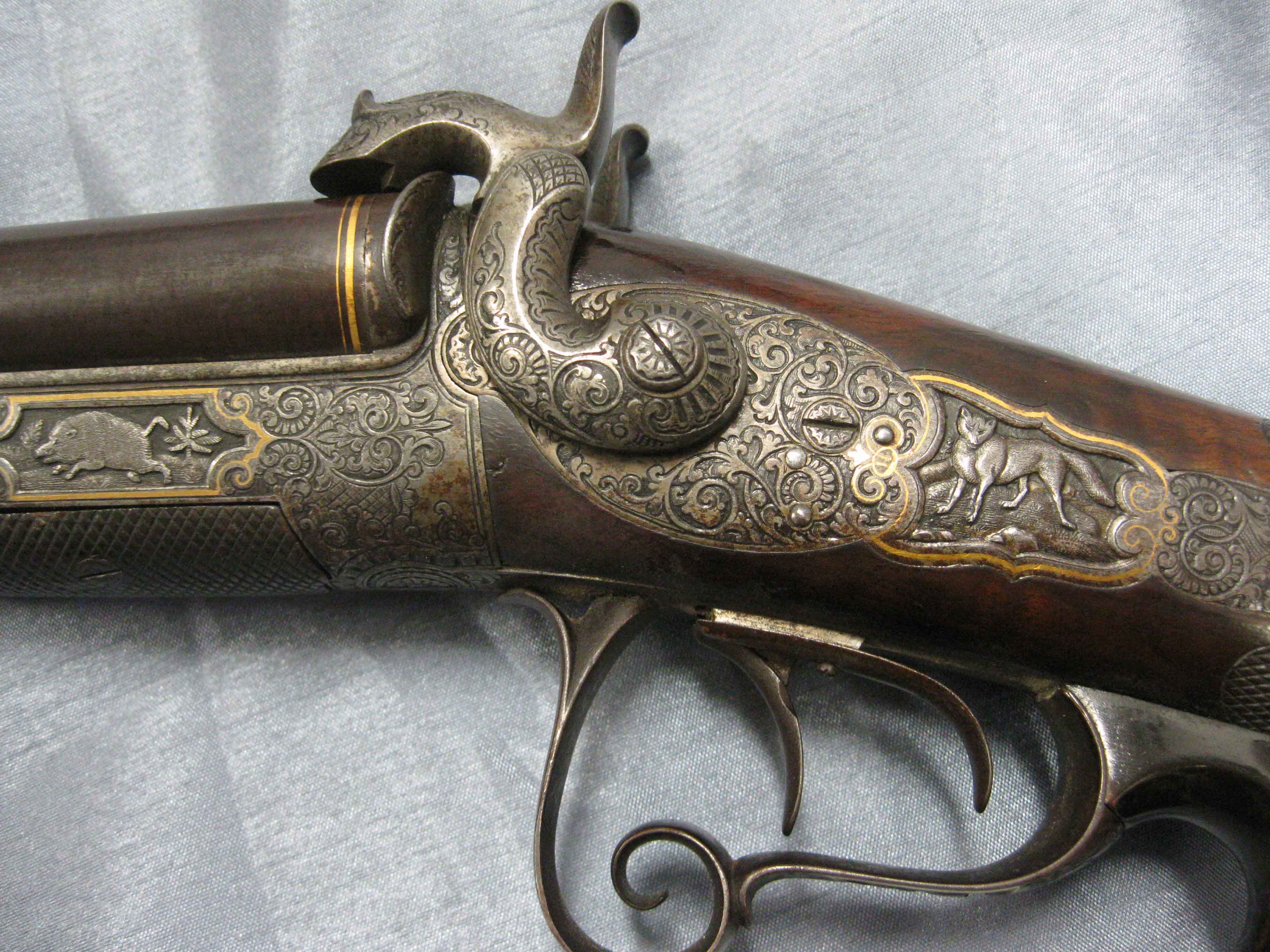 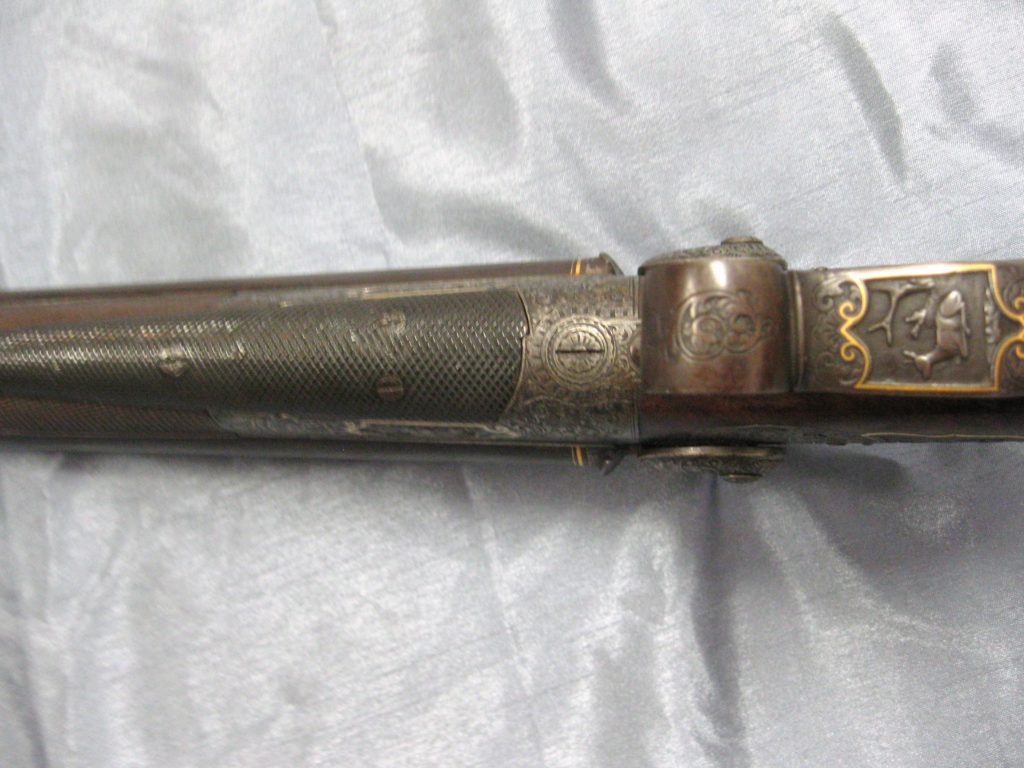 Below are images of a H. Barella cased Pin Fire Single Shot Pistol. 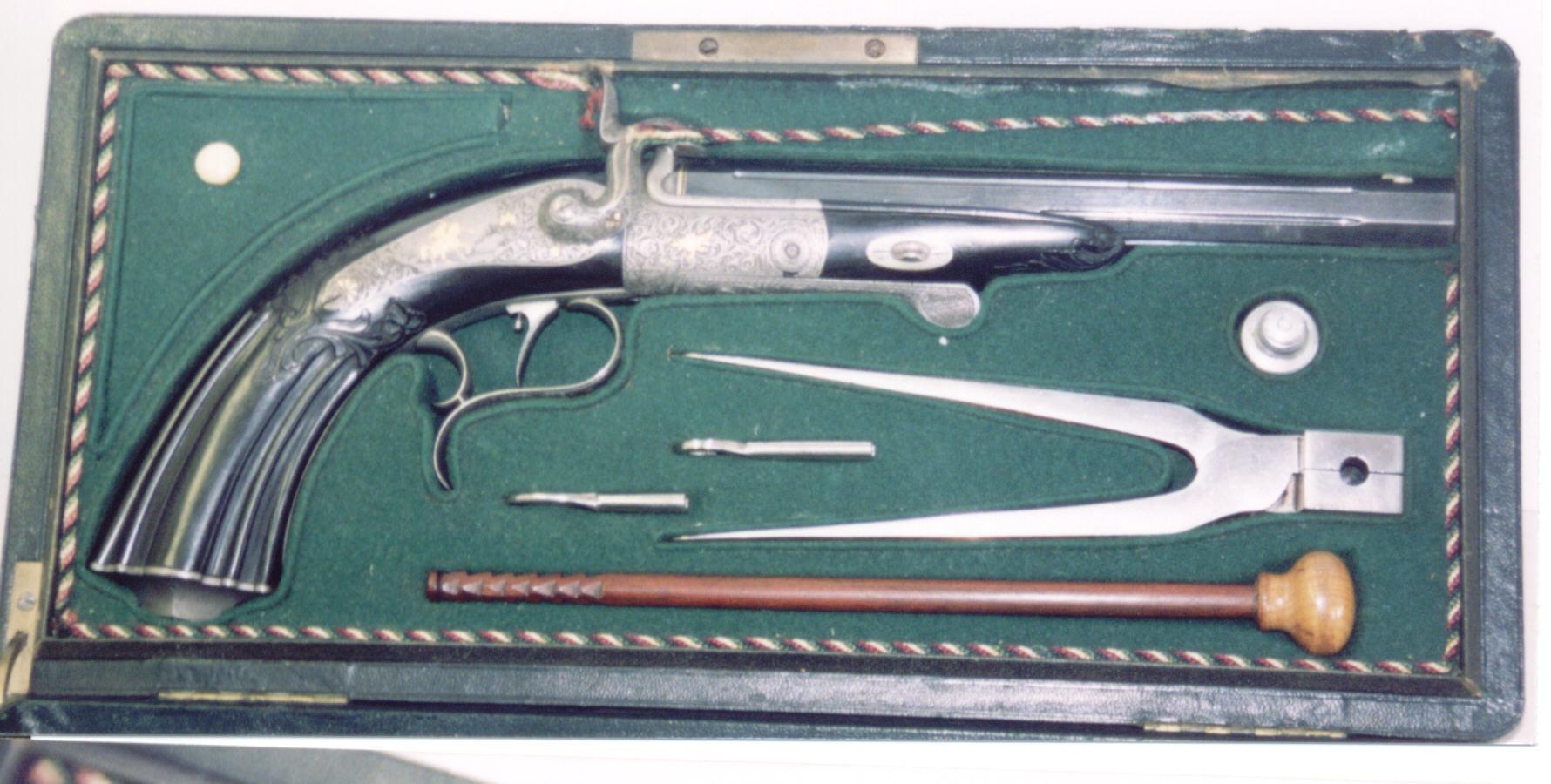 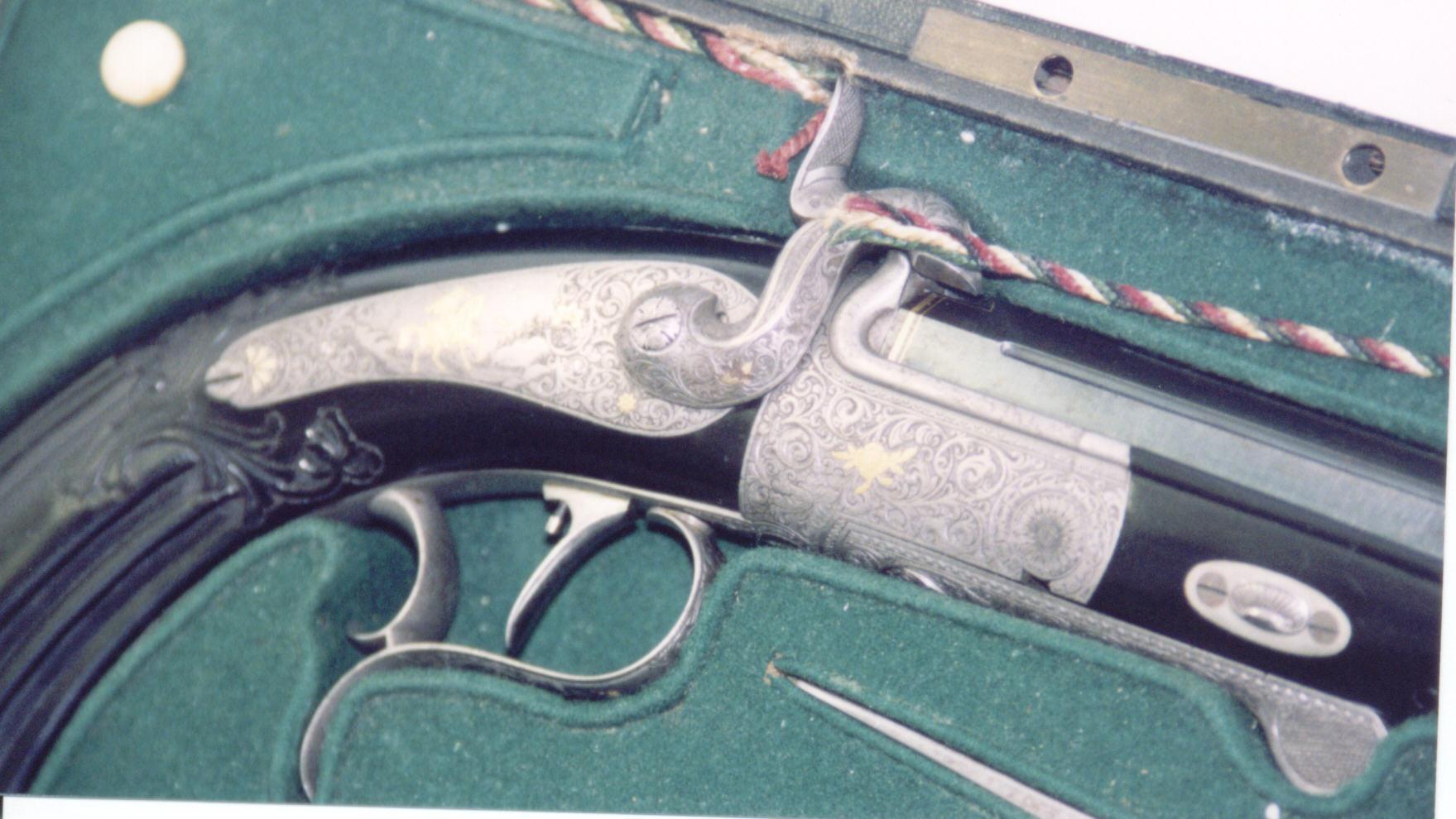 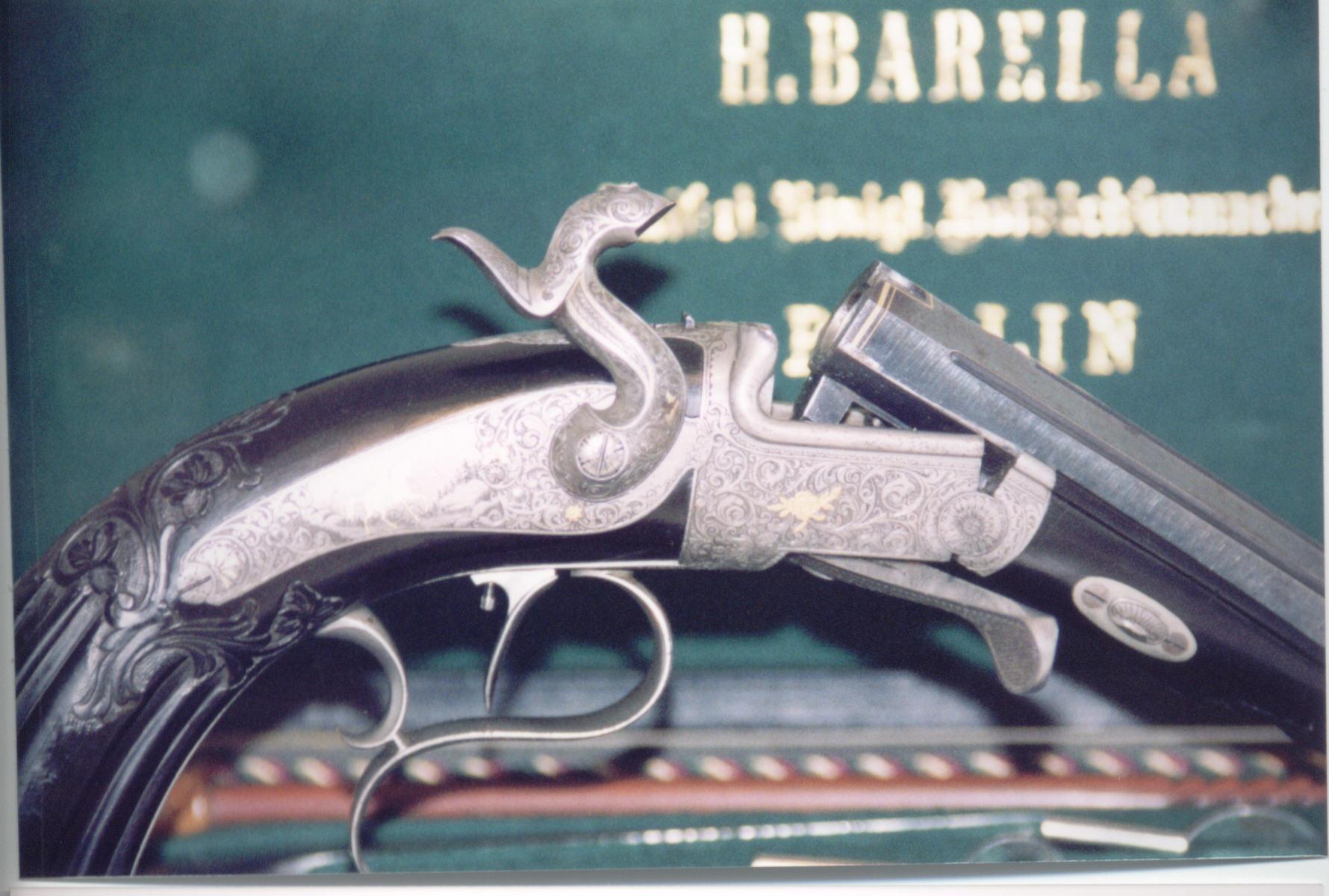 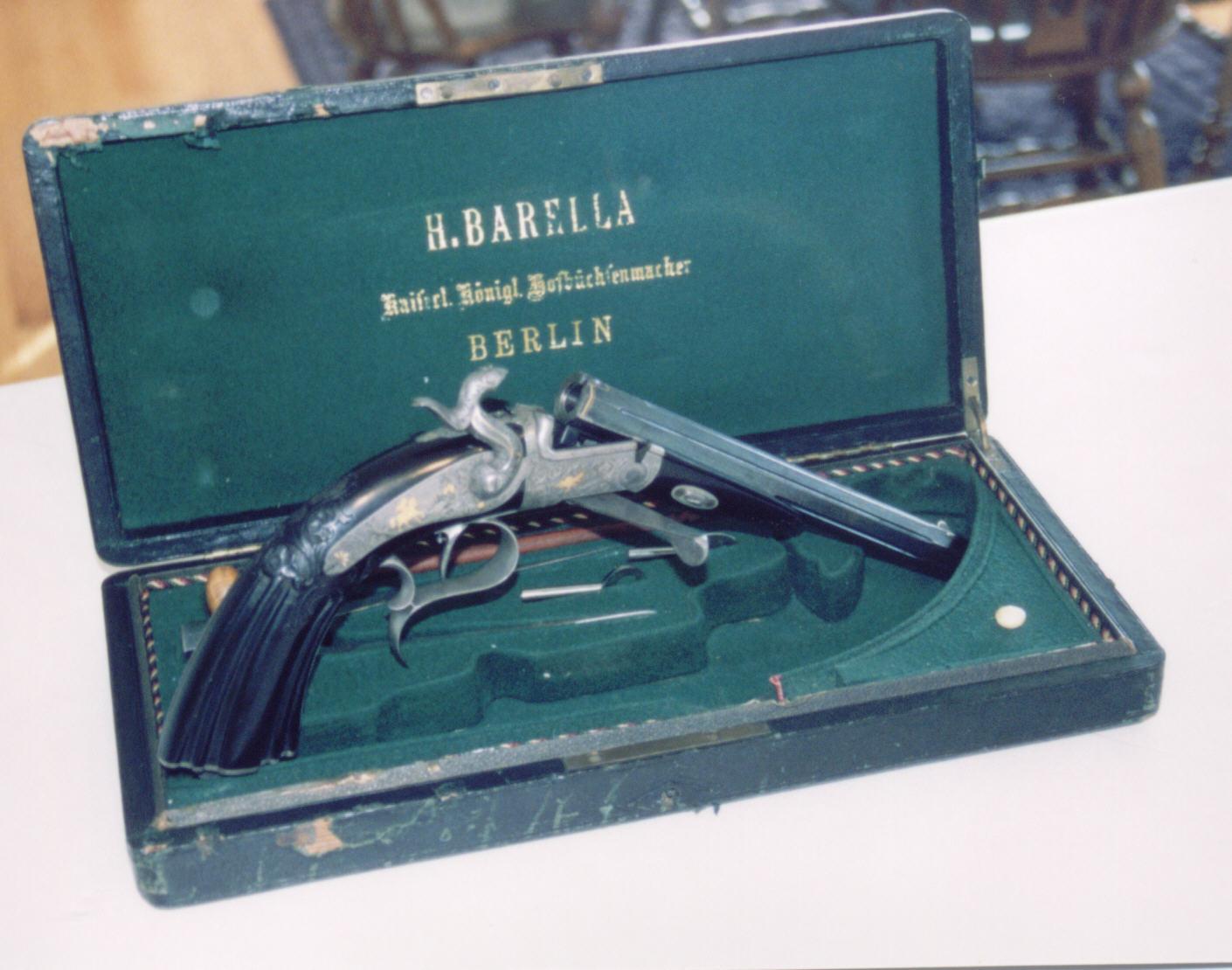 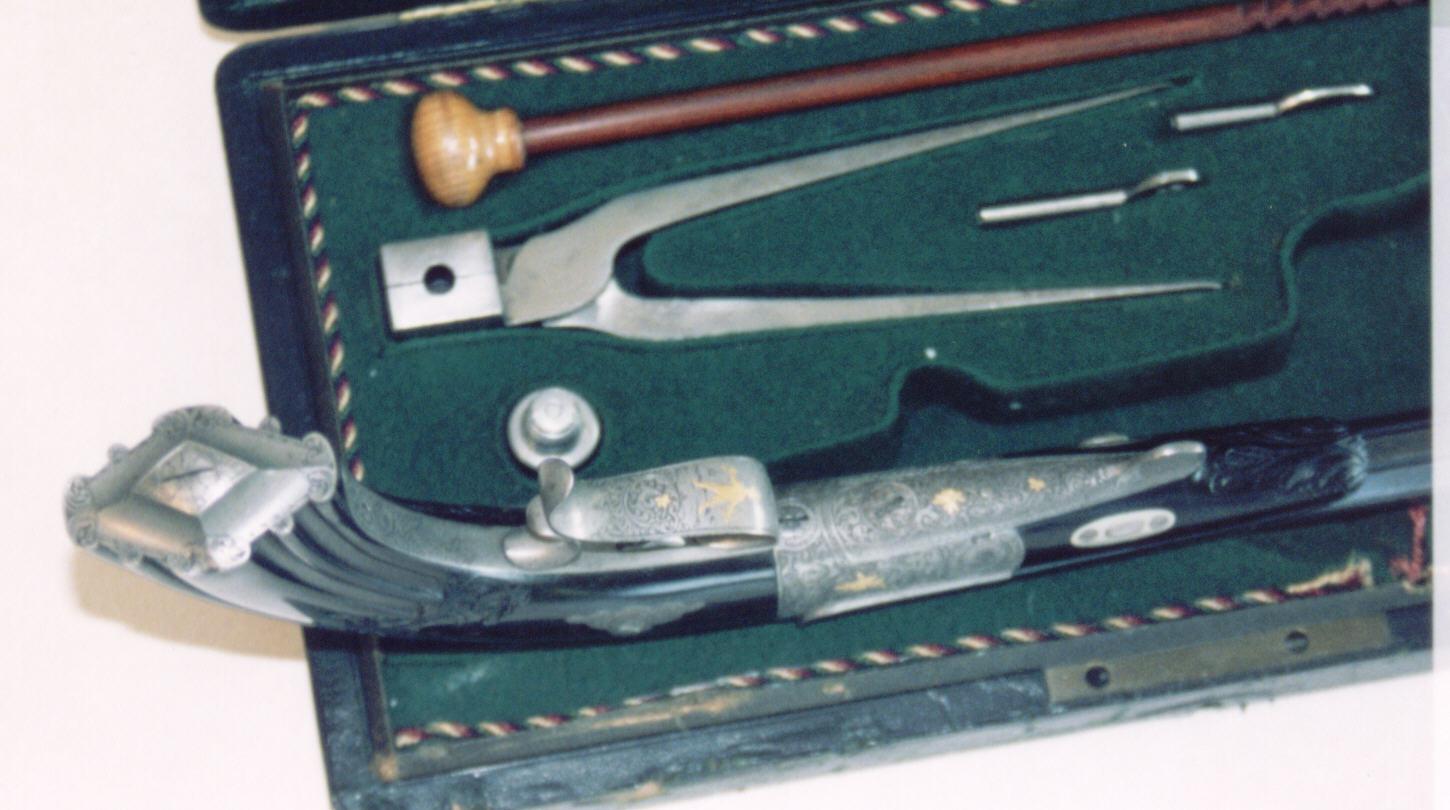 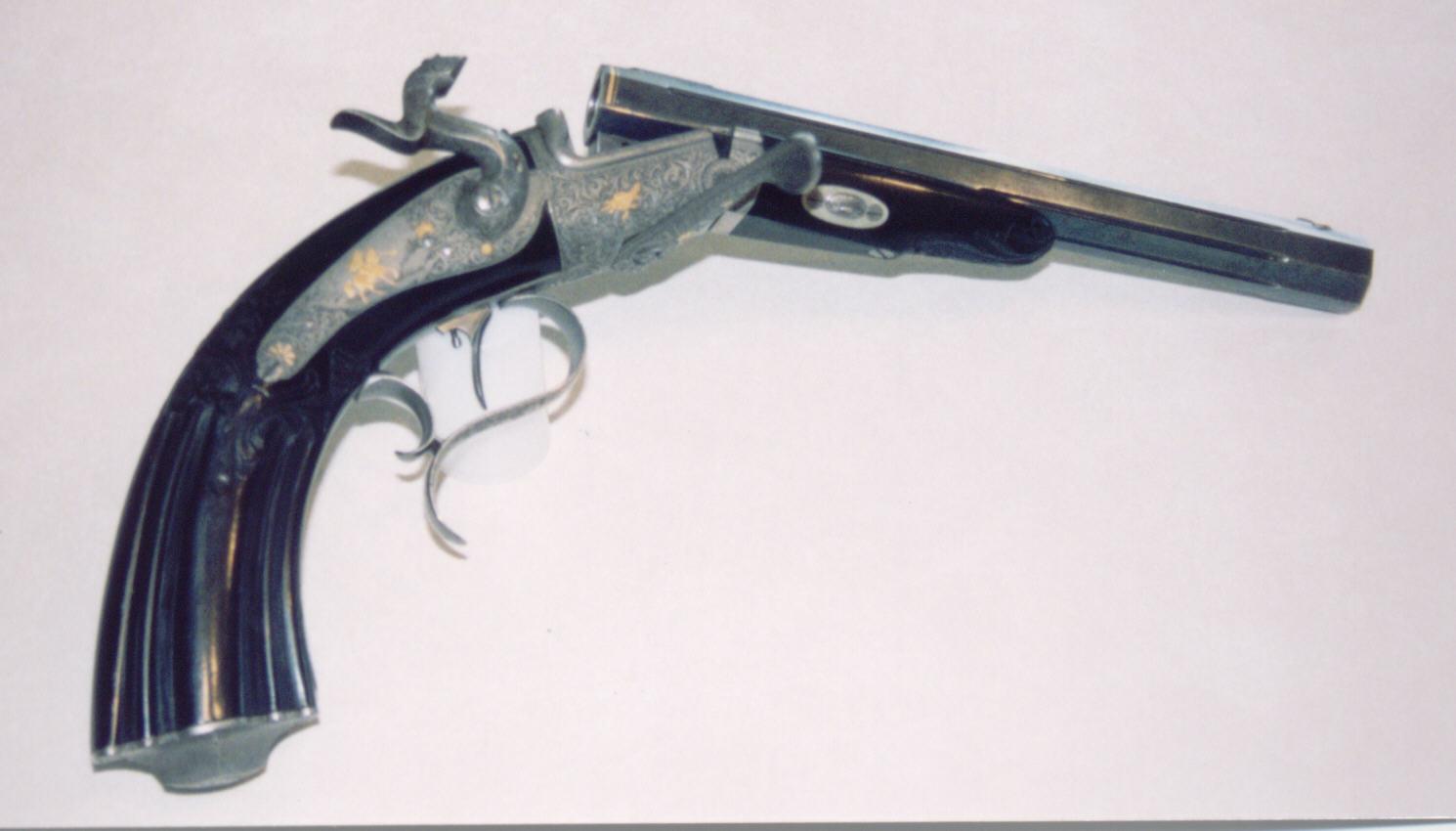 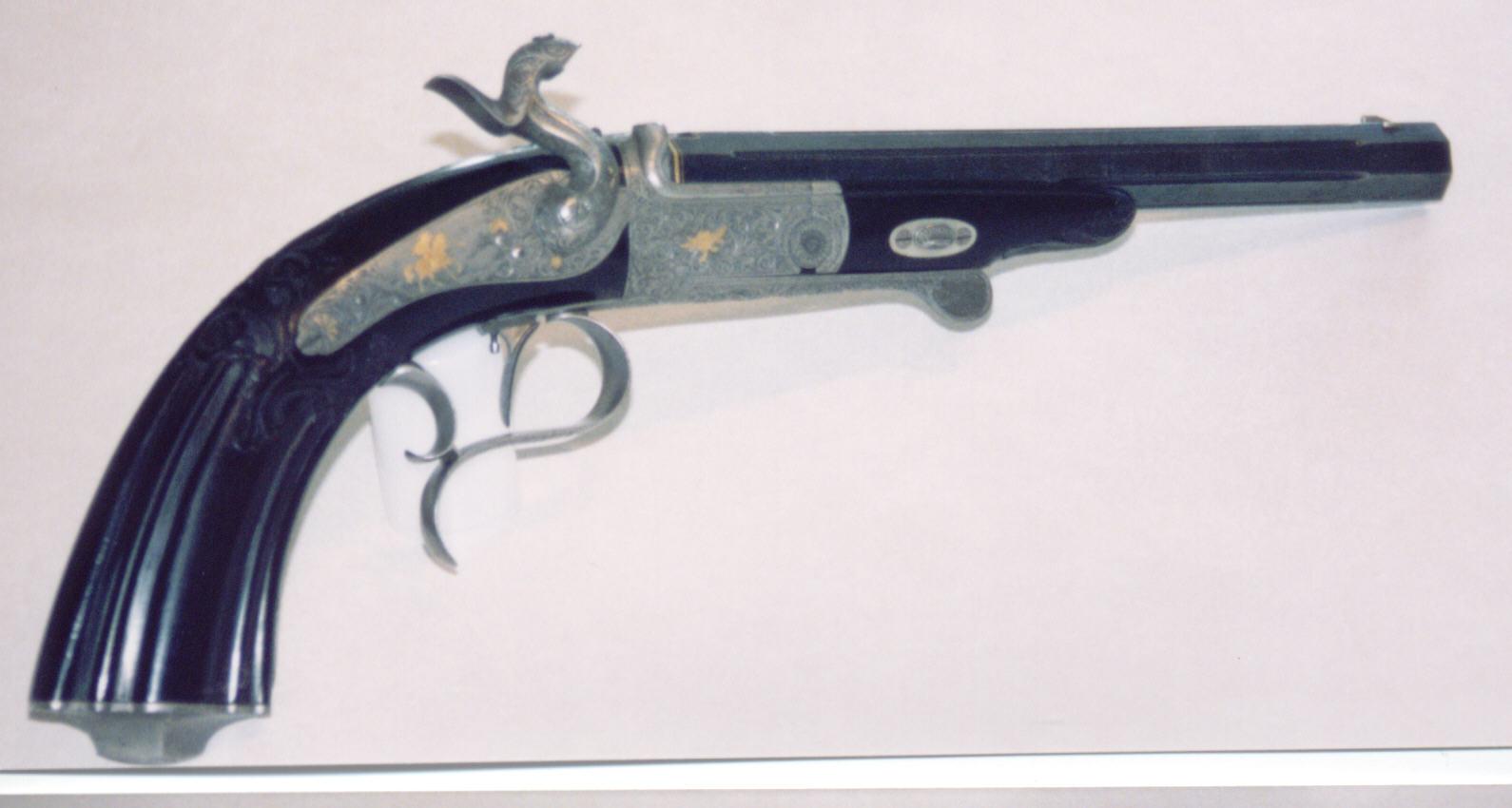 Following are views of a hammerless 16 ga. highly engraved and carved shotgun made by Heinrich Barella in Berlin to the Rudolph Berger design. The images are courtesy- 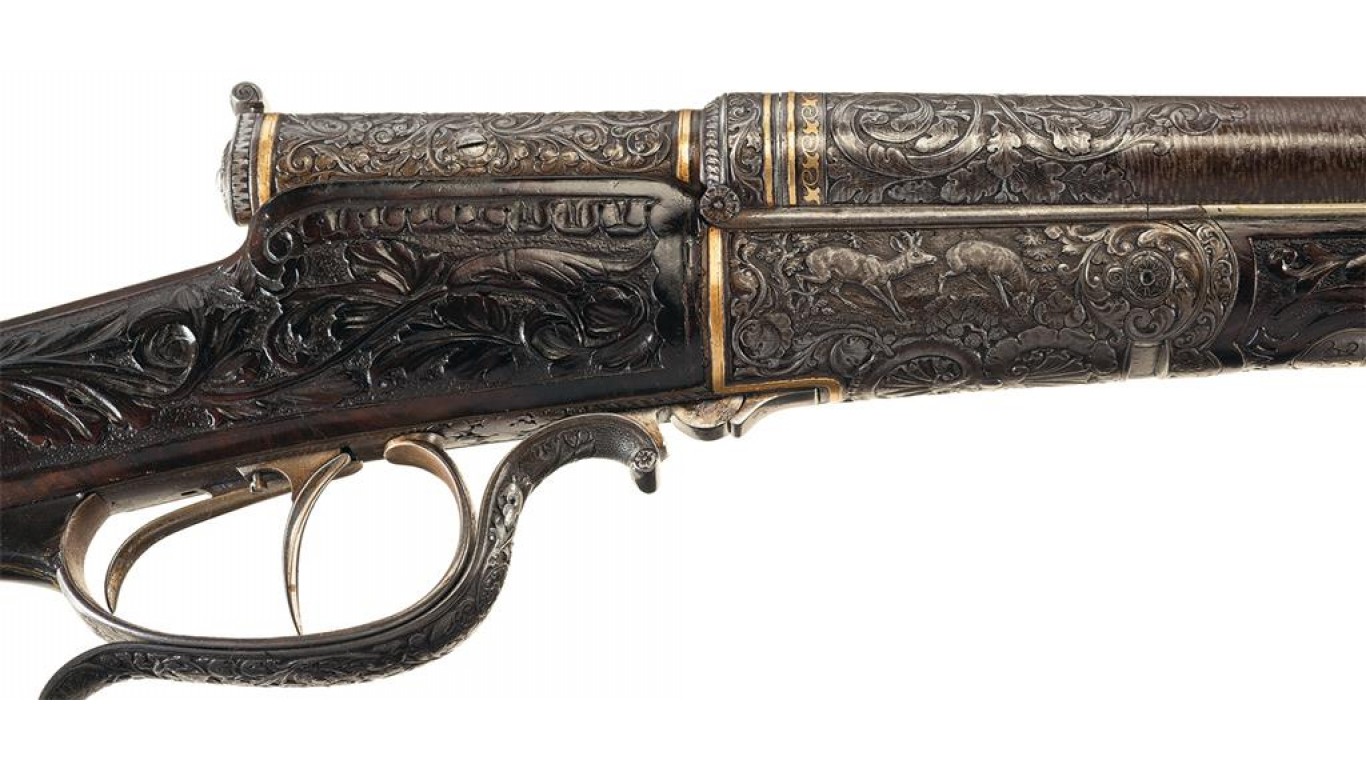 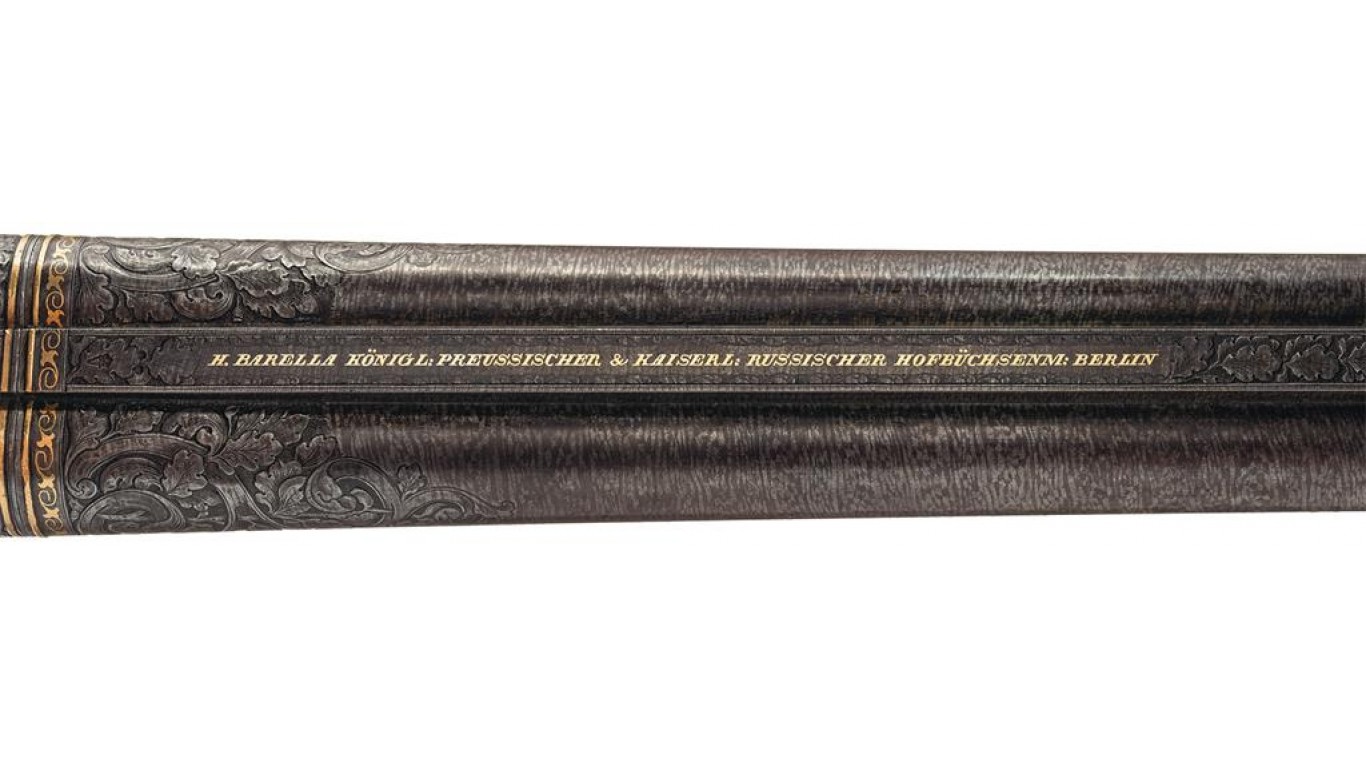 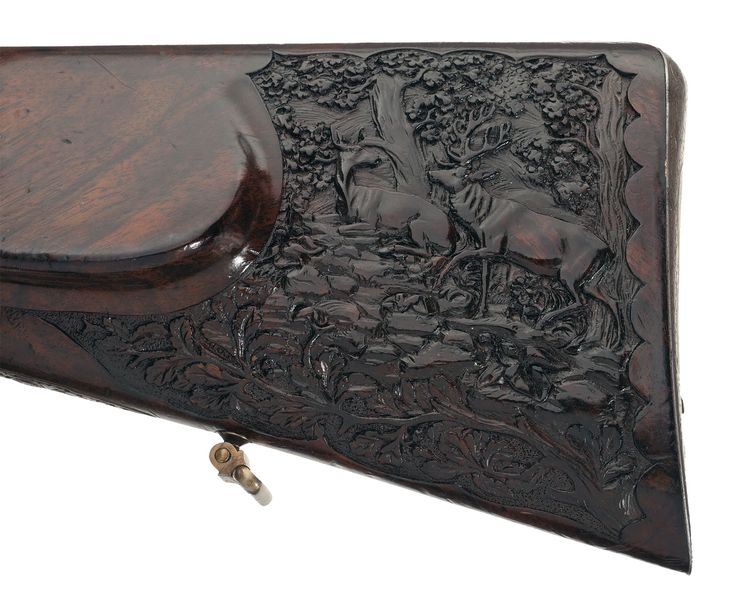 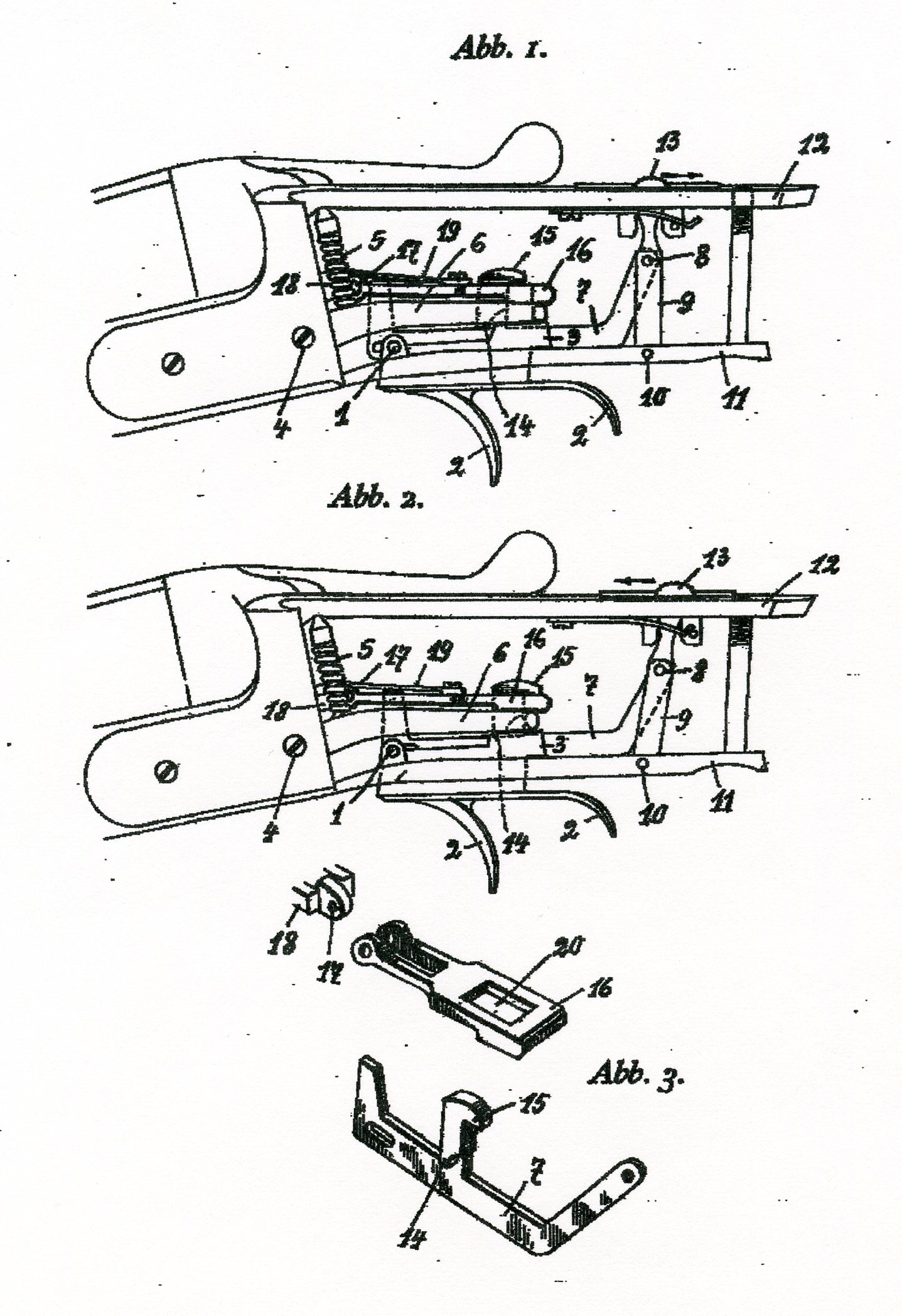 Below are views of a early 20th Century Barella drilling in 20 ga. and 8x57mm with an interesting scope mount. 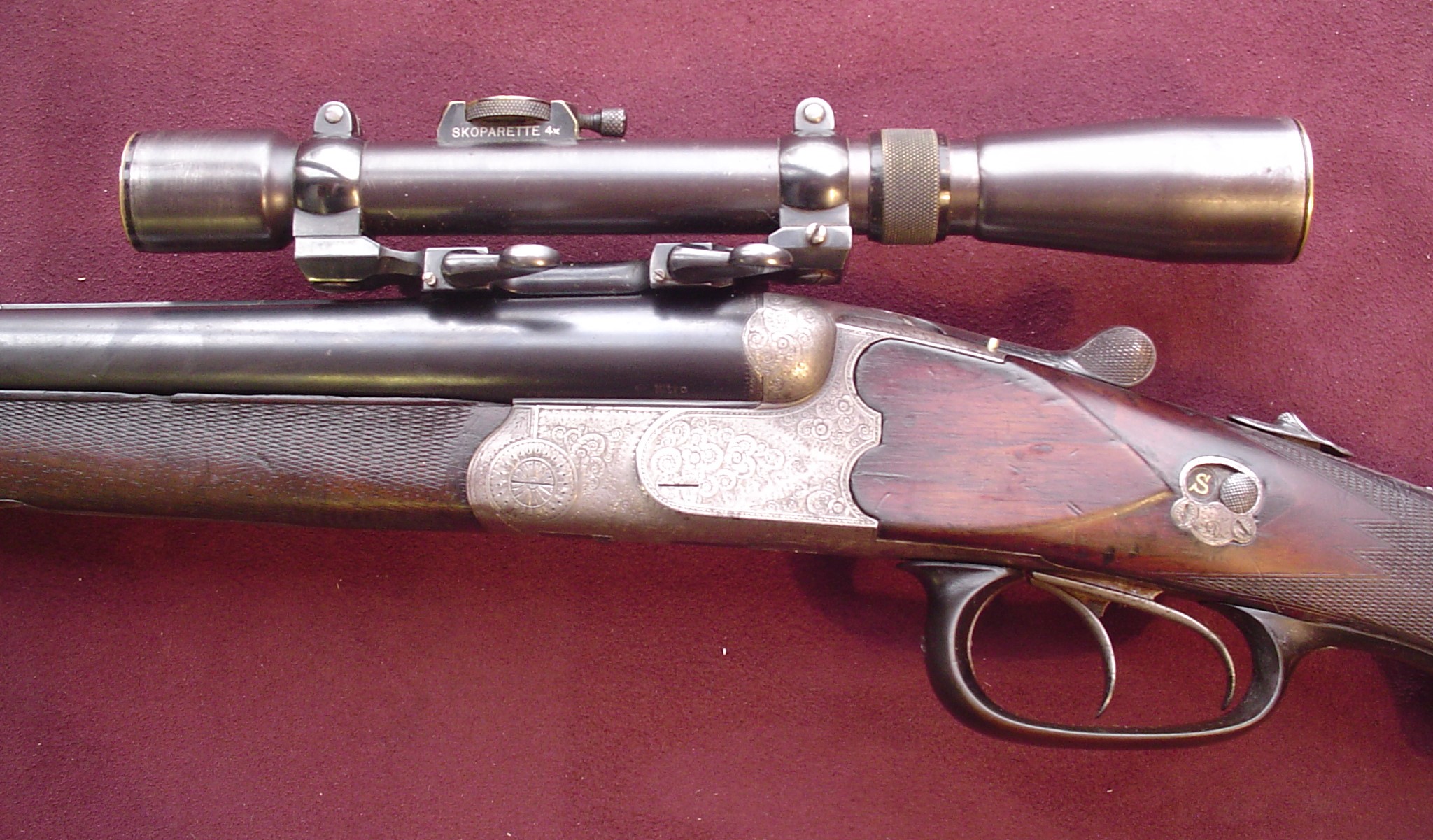 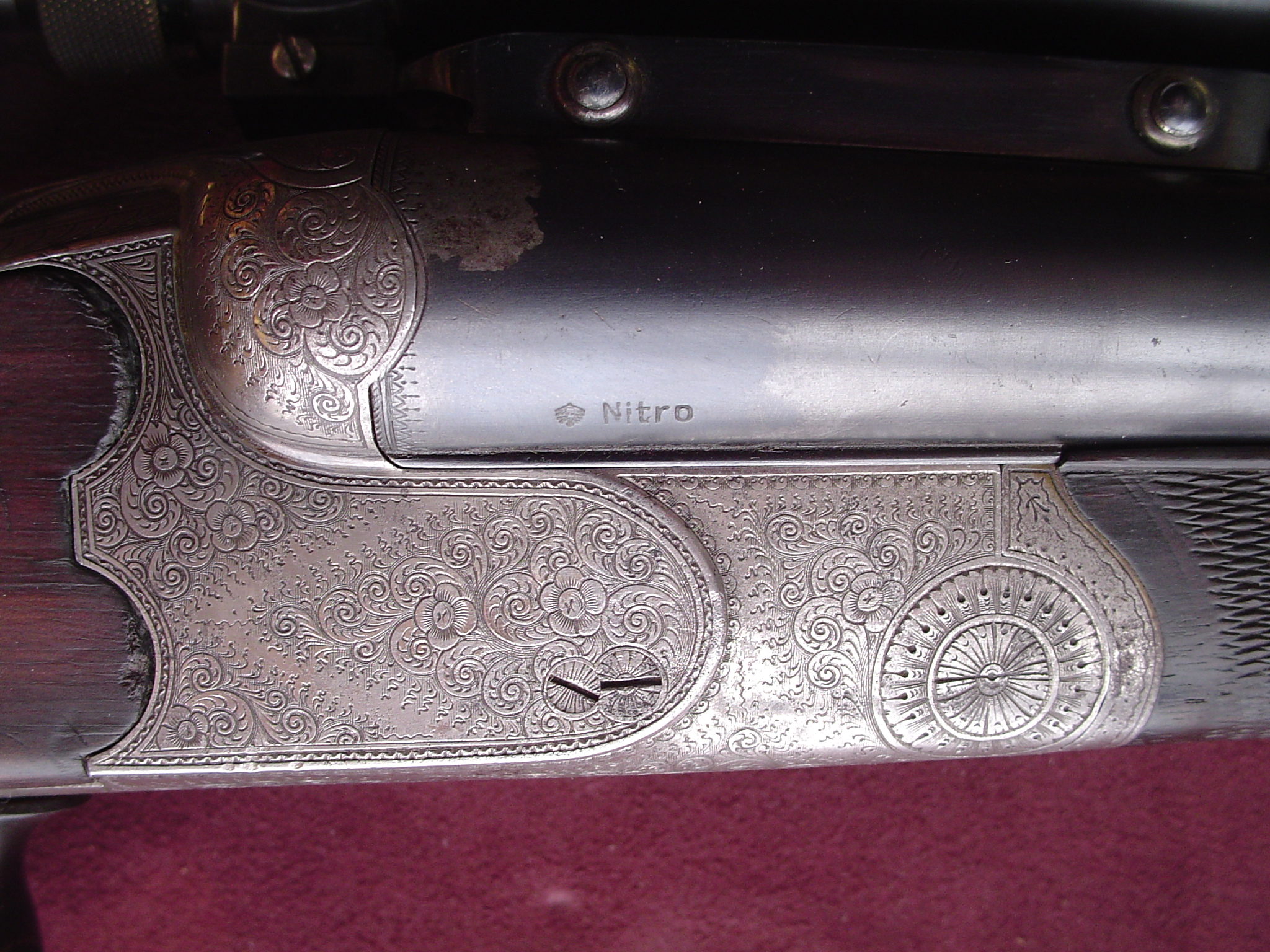 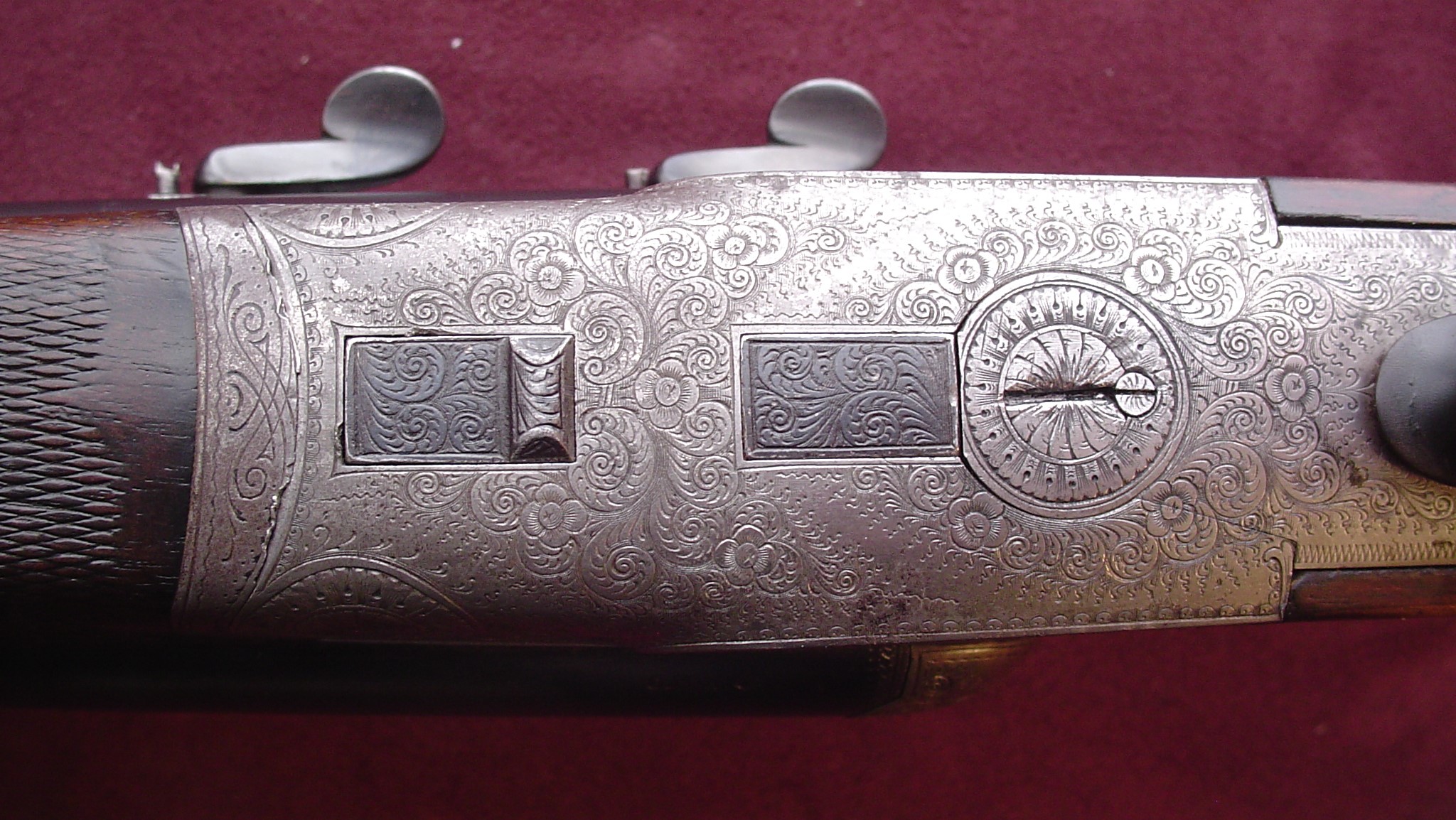 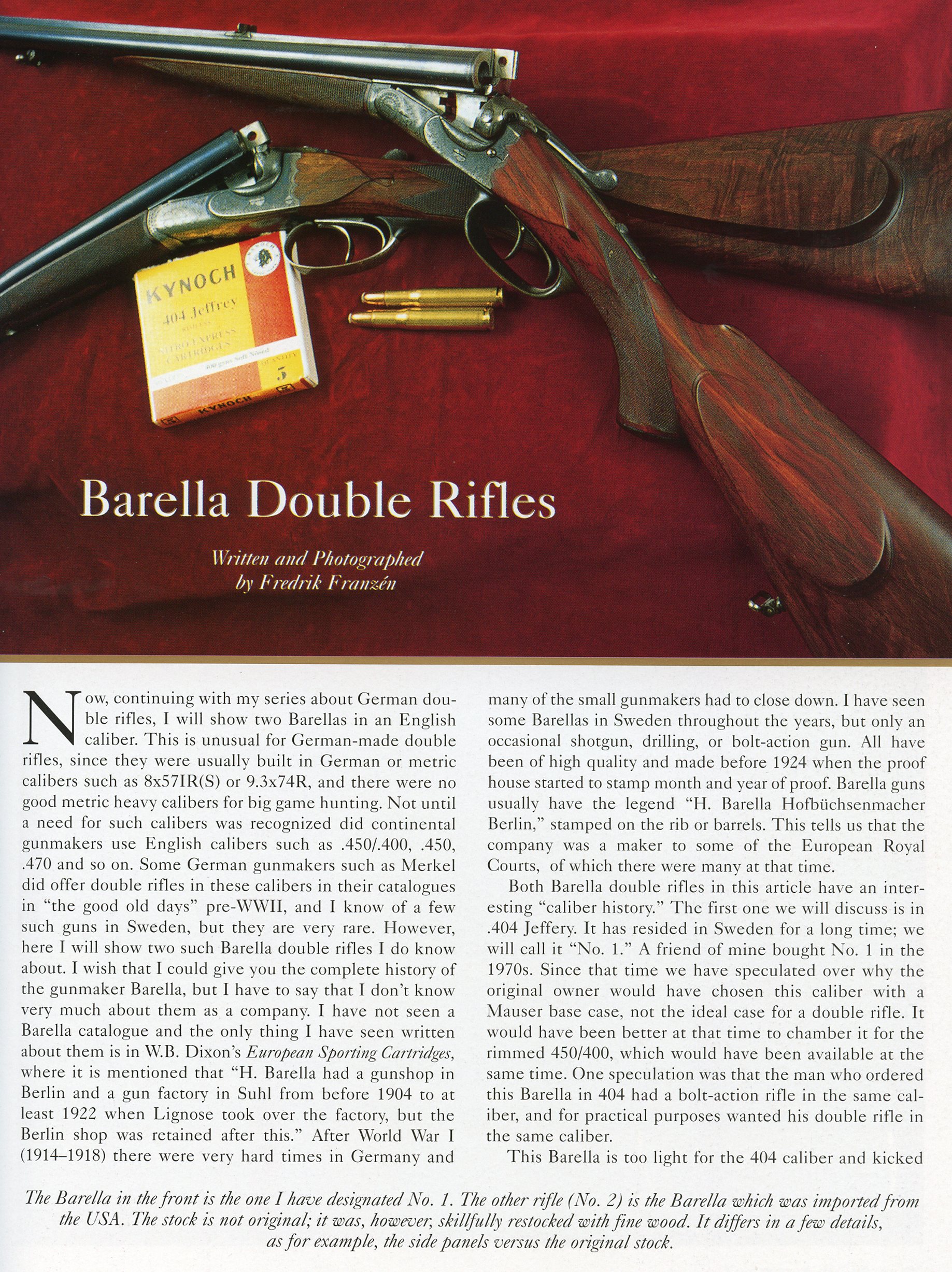 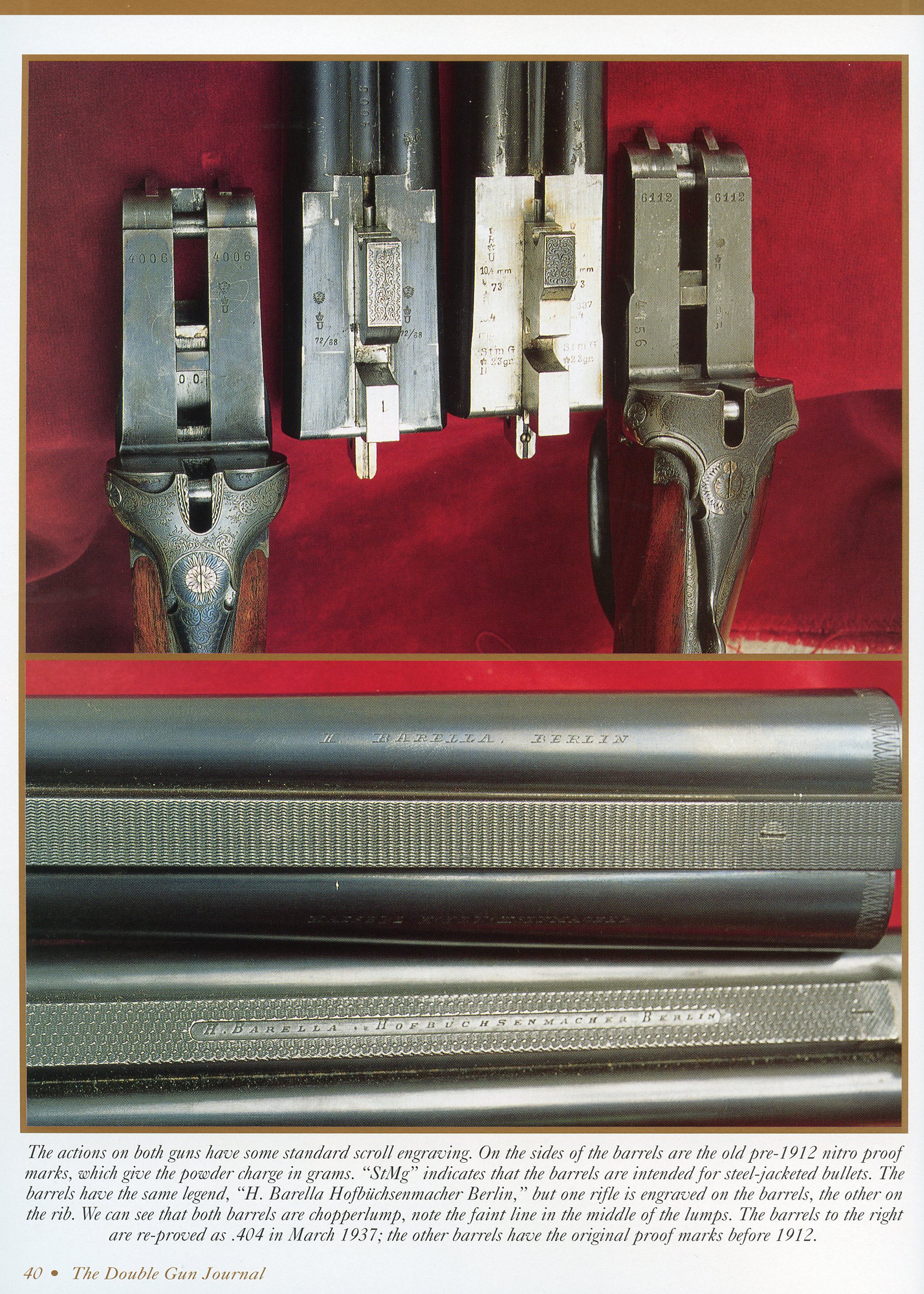