The German Gun Collectors Association has a 27 page “Christoph Funk” catalog available for purchase. Click here to go to their site and to view their offerings.

Peter Ravn Lund of Denmark has a wonderful site dedicated to Funk guns and the gun makers. Click Here to view that site. He also has a great book available for purchase on the subject. 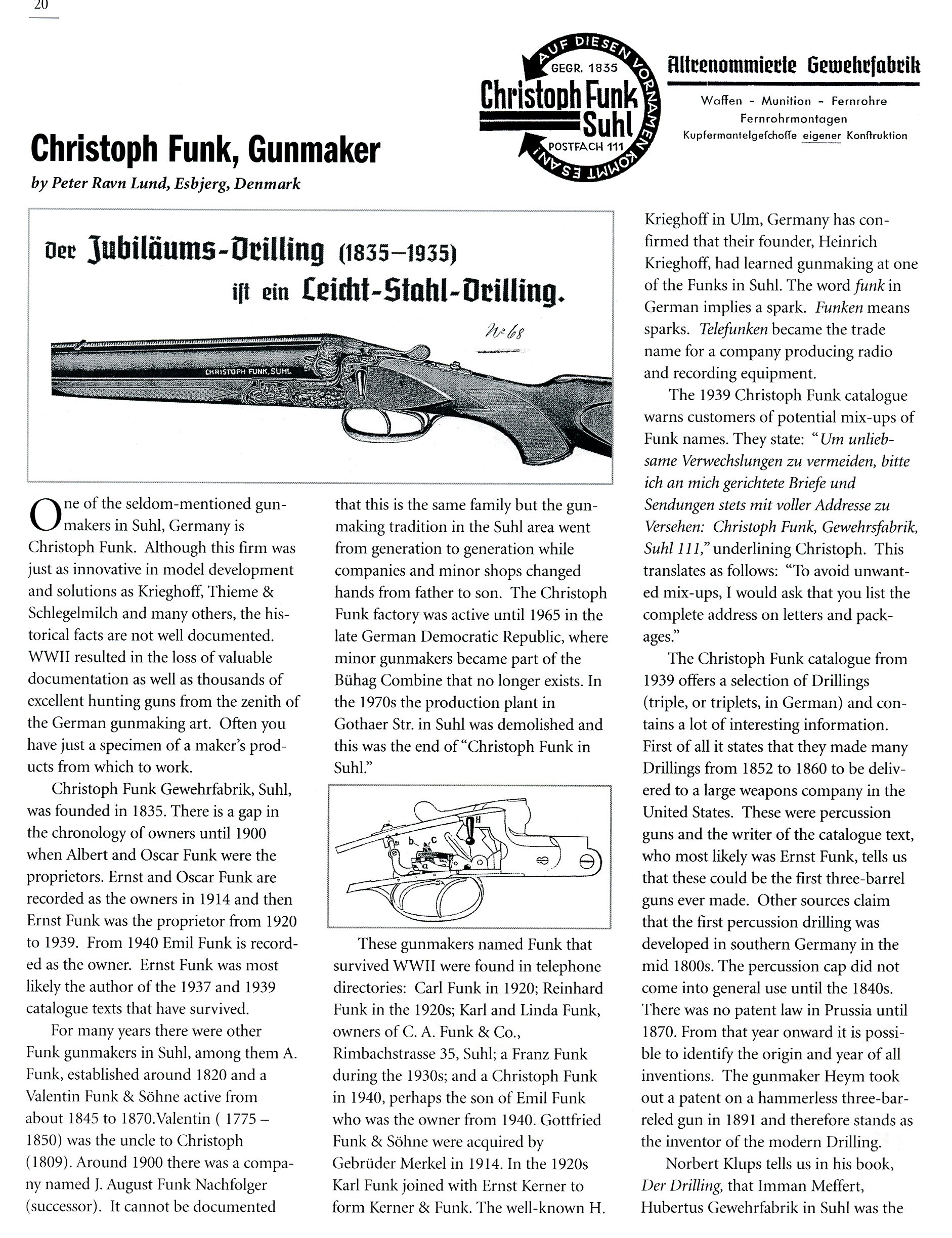 Below are images of the details on a Christoph Fund Percussion Combination side by side gun sent to me by email from a correspondent. 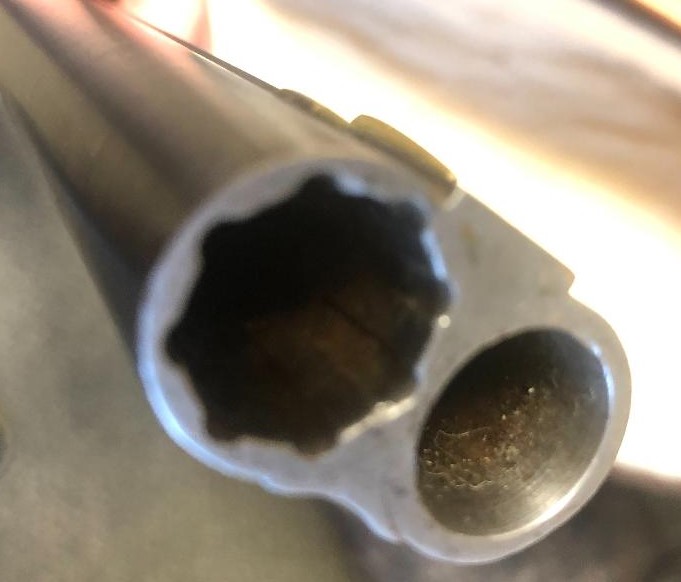 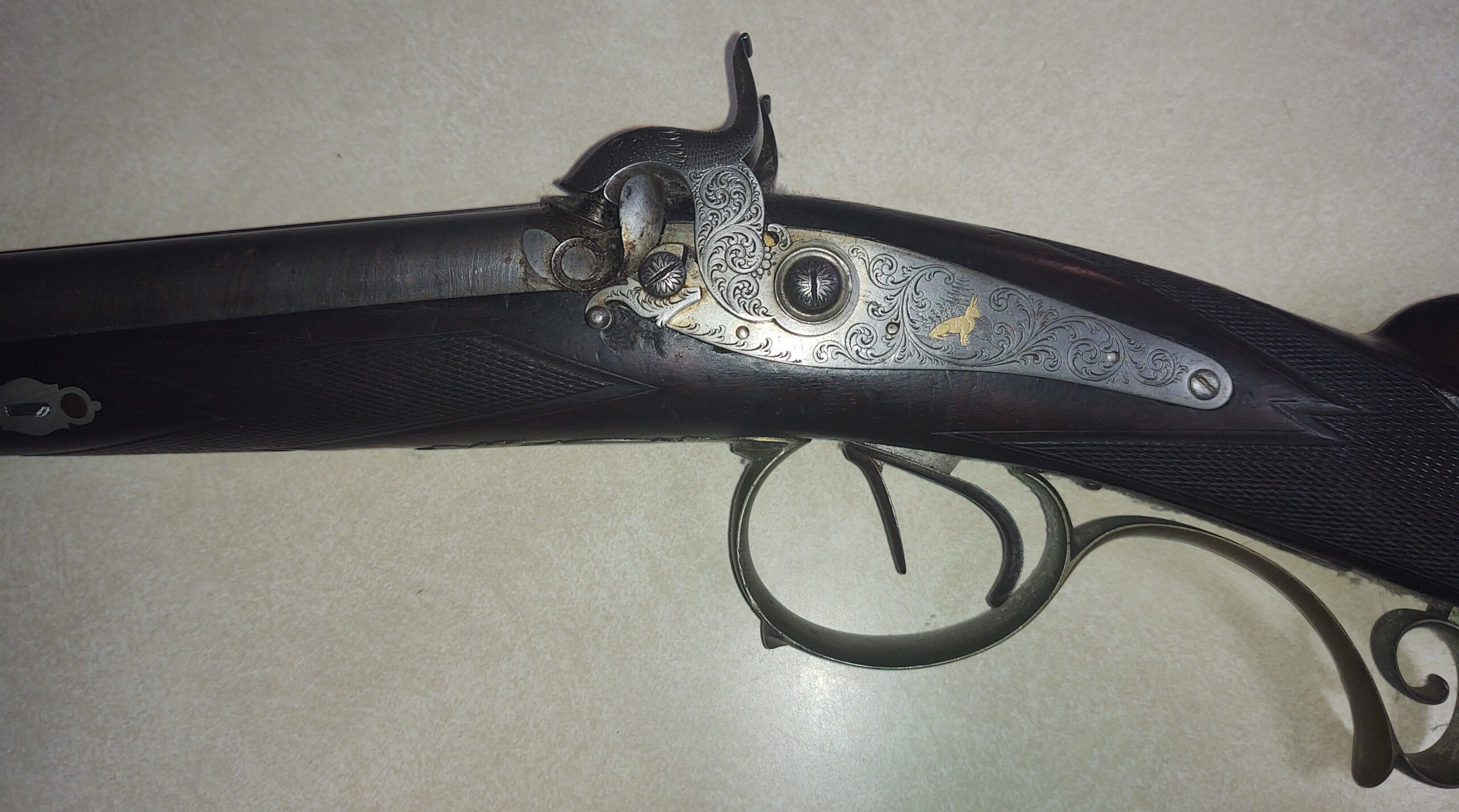 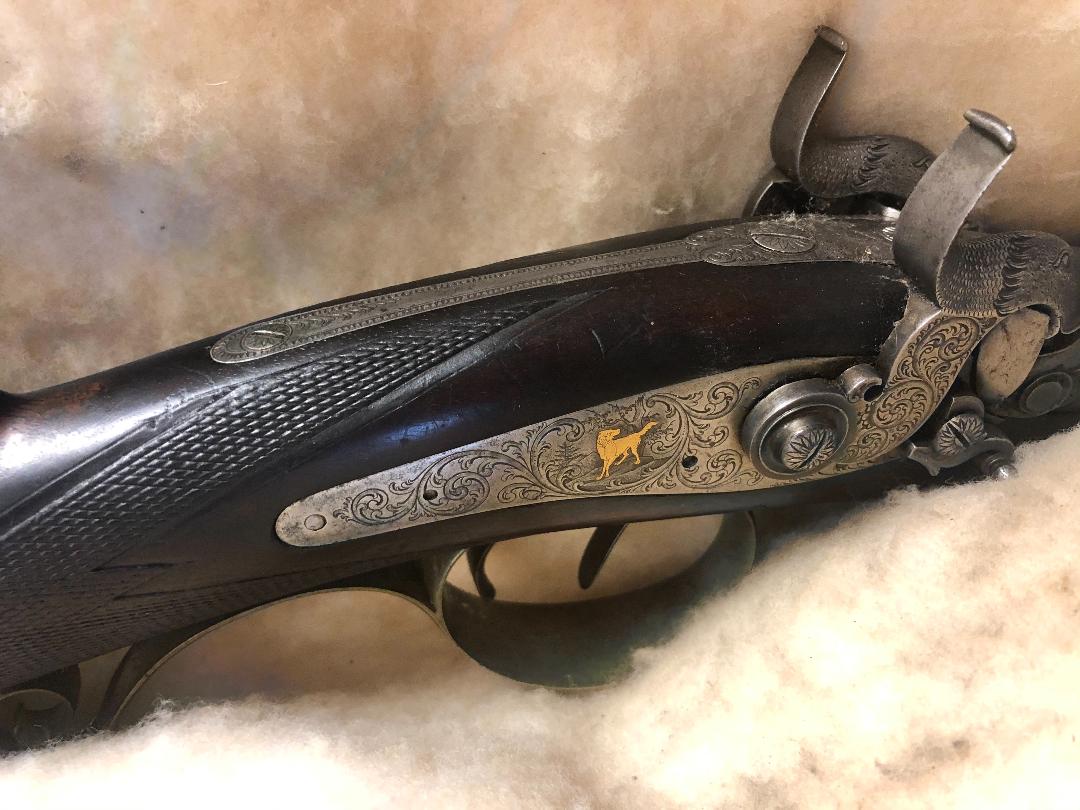 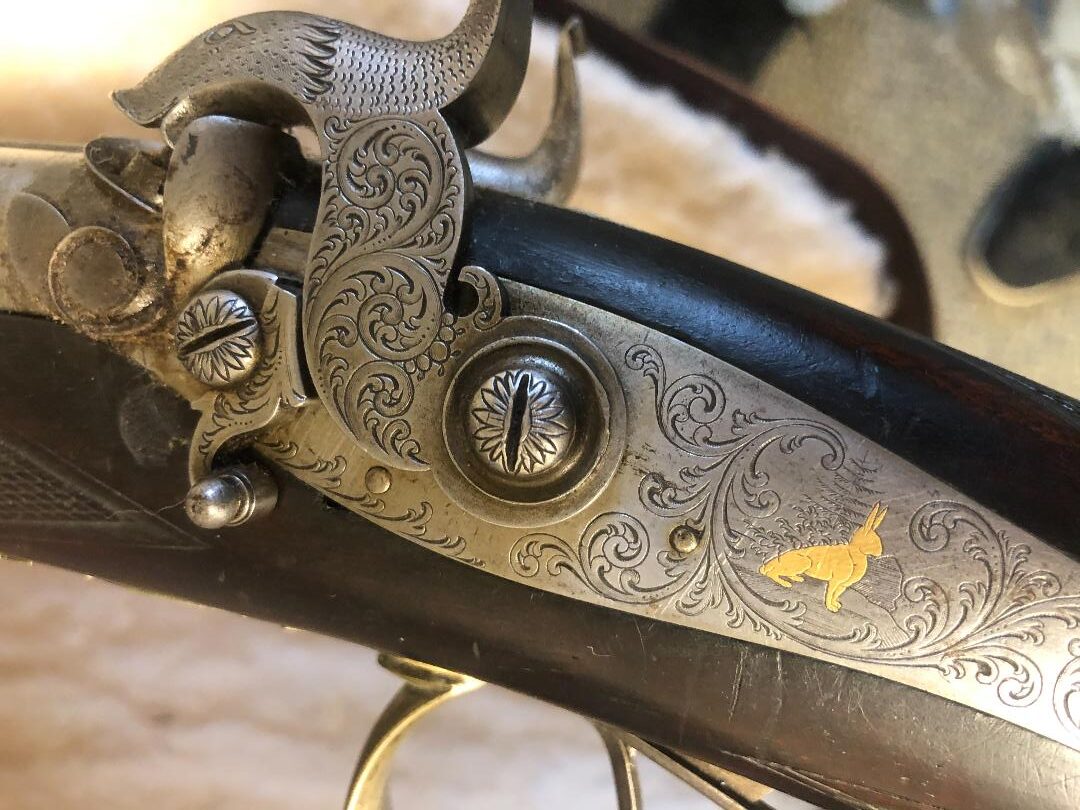 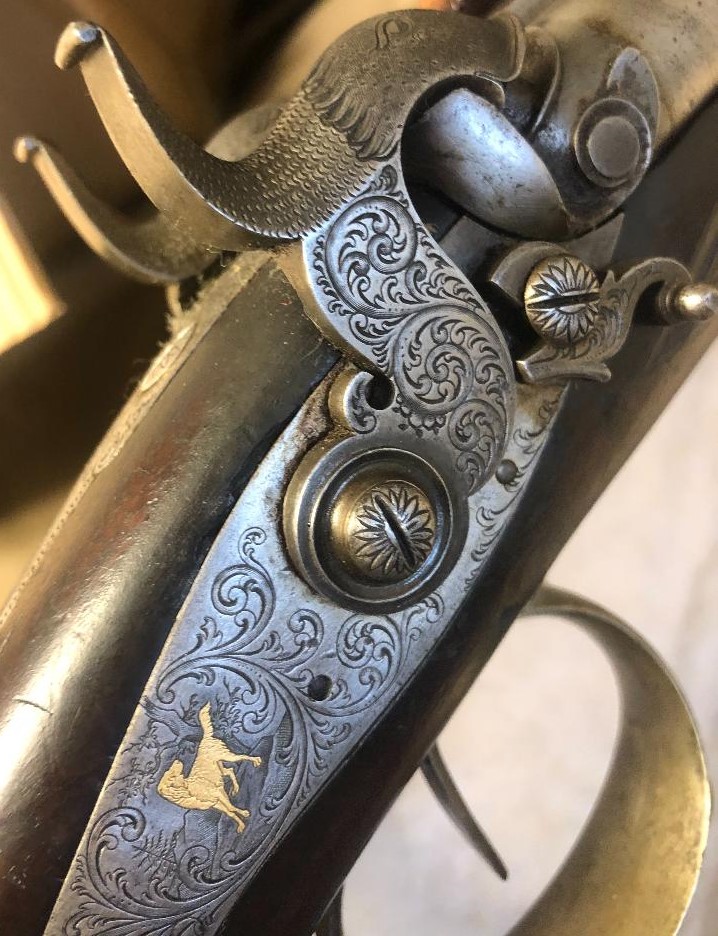 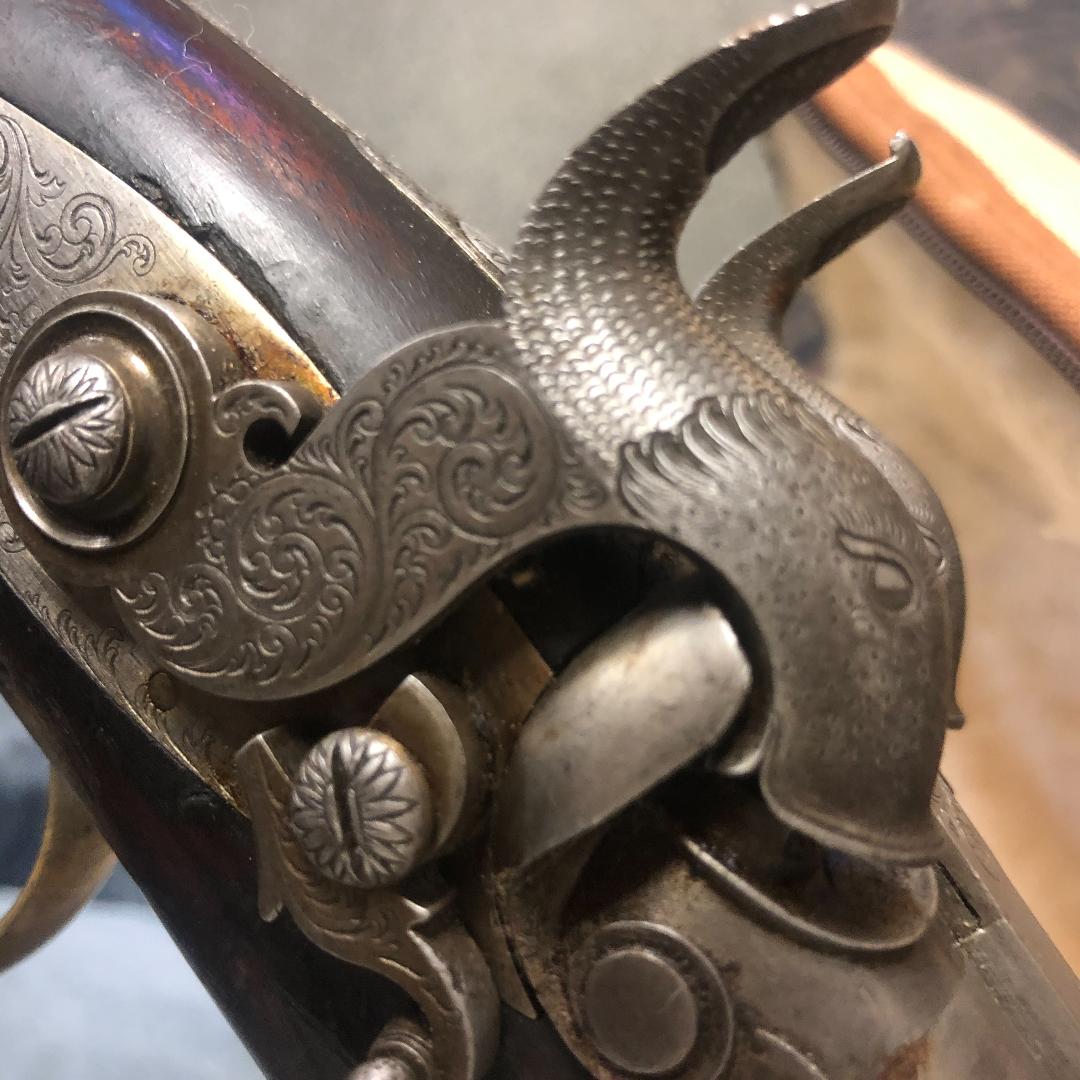 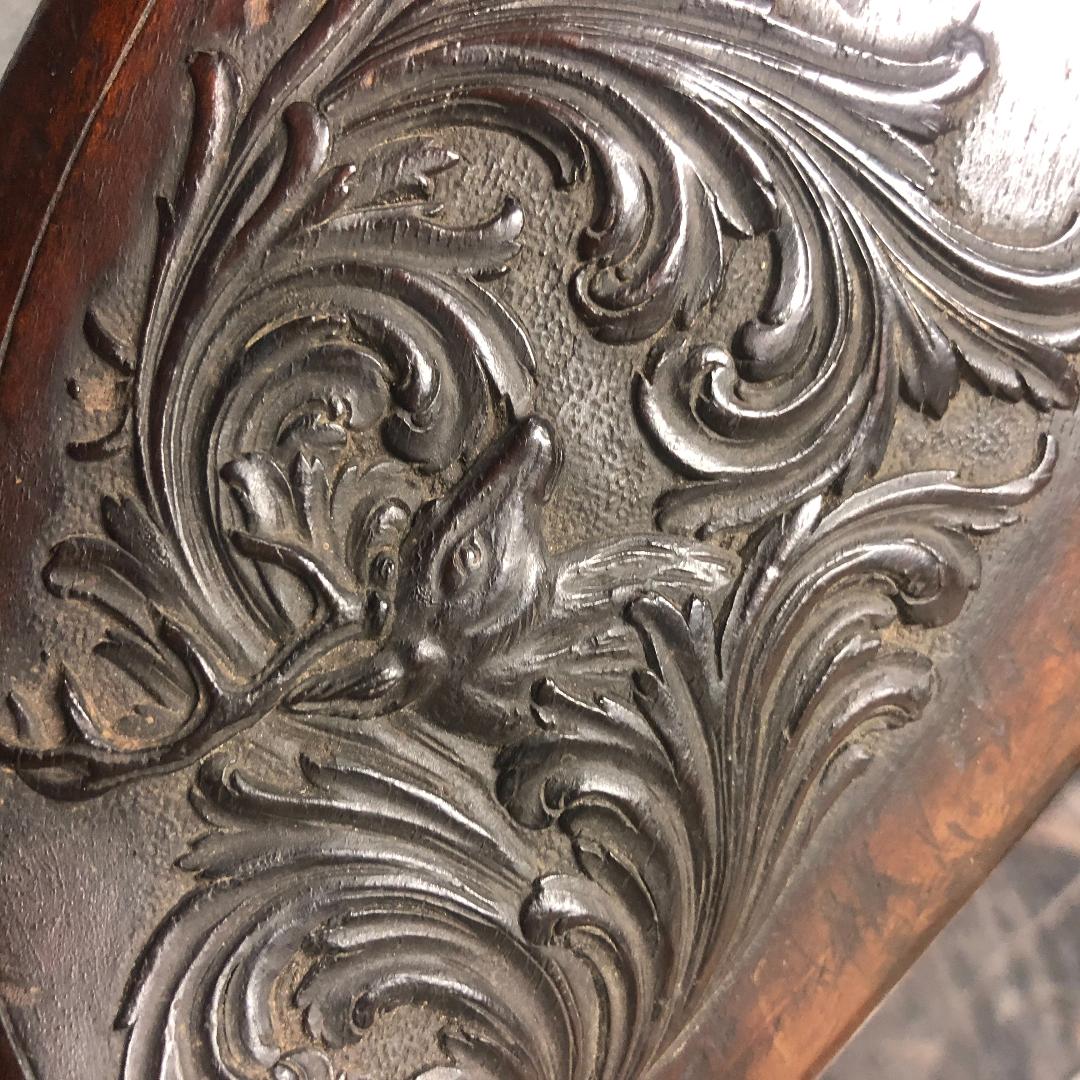 The following images were found in Dietrich’s Email Attachment Archive and Peter Ravn Lund was the source. The gun is the Jubiläums-Drilling 1835-1935 which he writes about in the previous article. 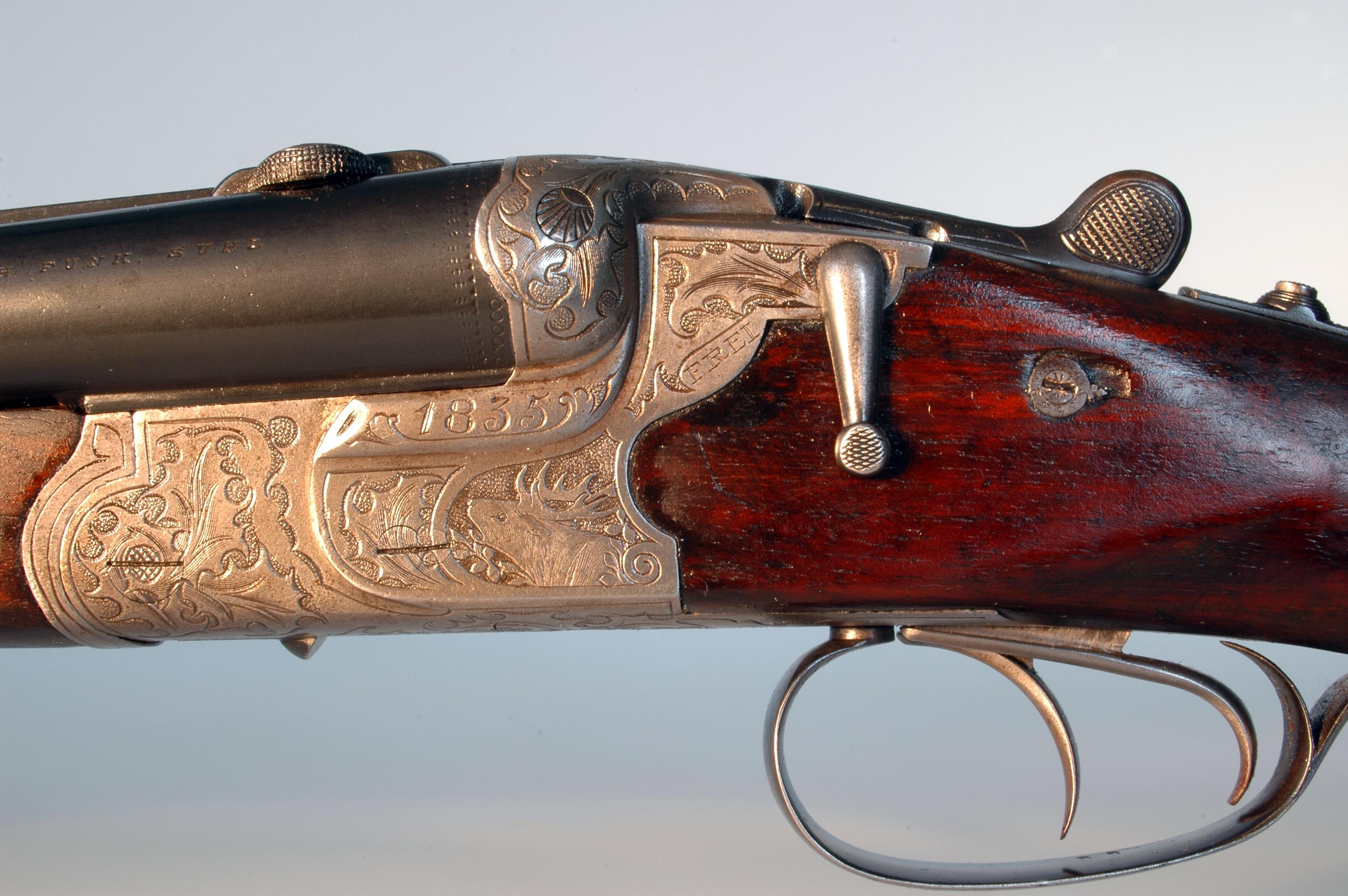 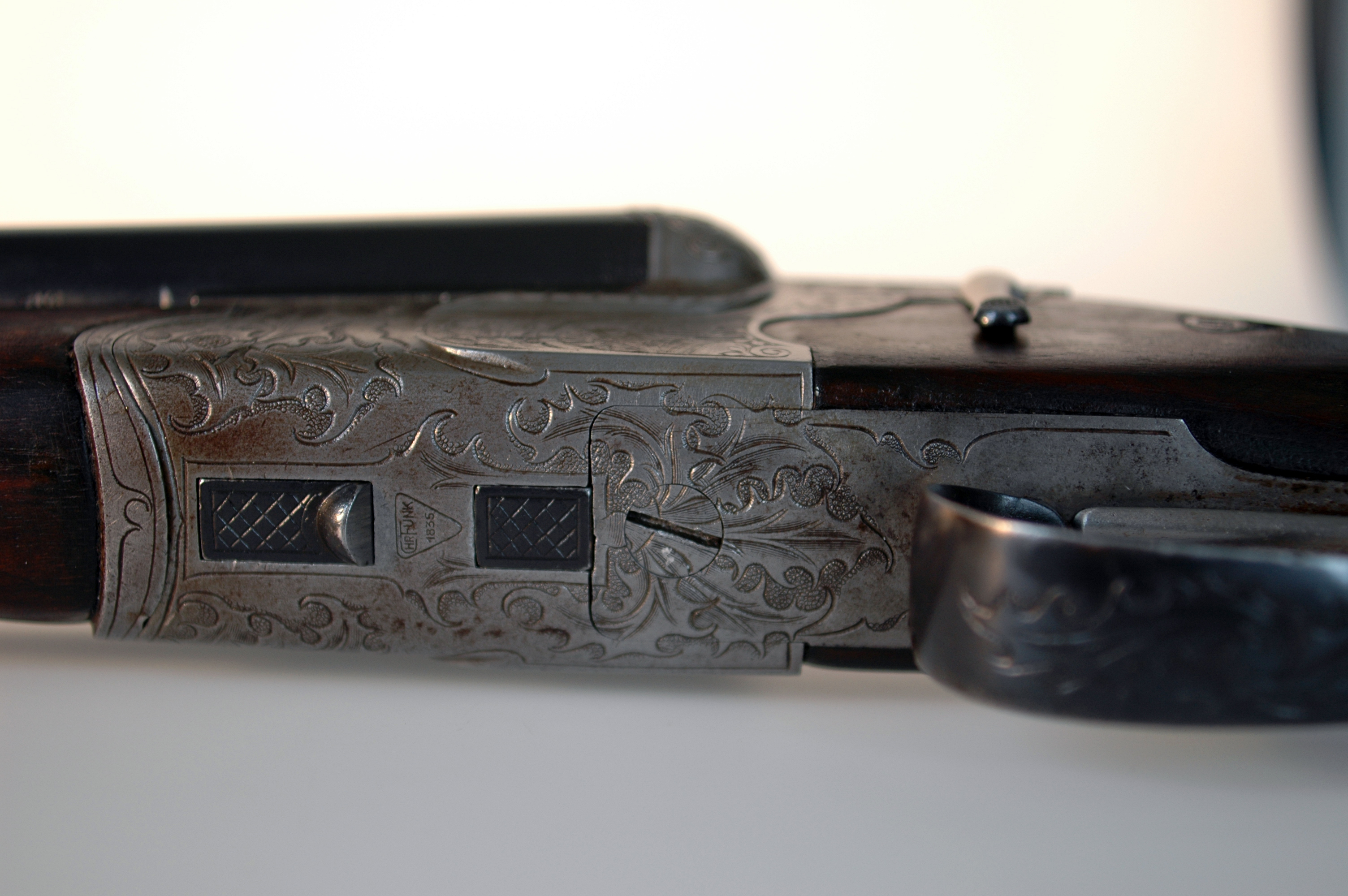 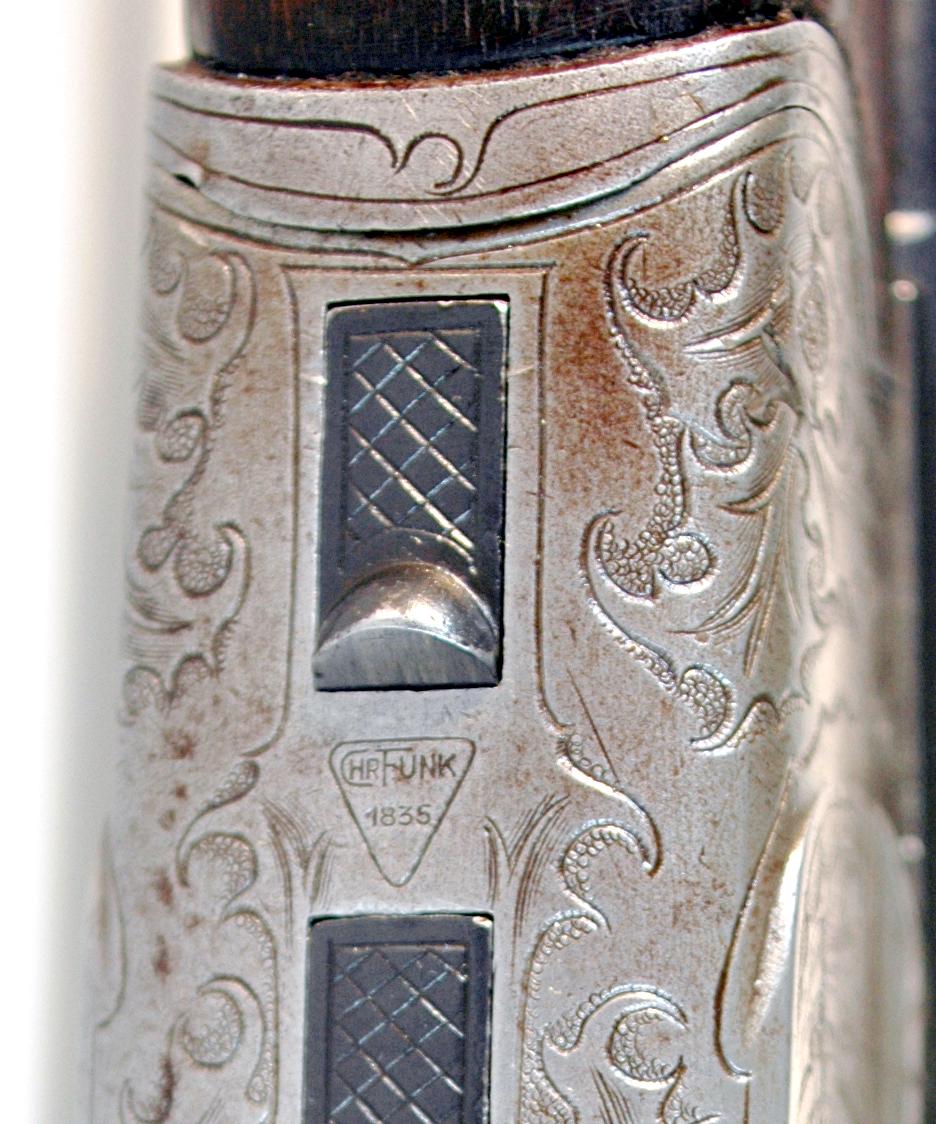 The following preview article appeared in the Winter 1997 issue (Vol. 8, Iss. 4) of the Double Gun Journal and is courtesy of the author Fredrik Franzén and Daniel and Joanna Côté, editors of the Journal. A back issue with the full story is available from them by calling (800) 447-1658. 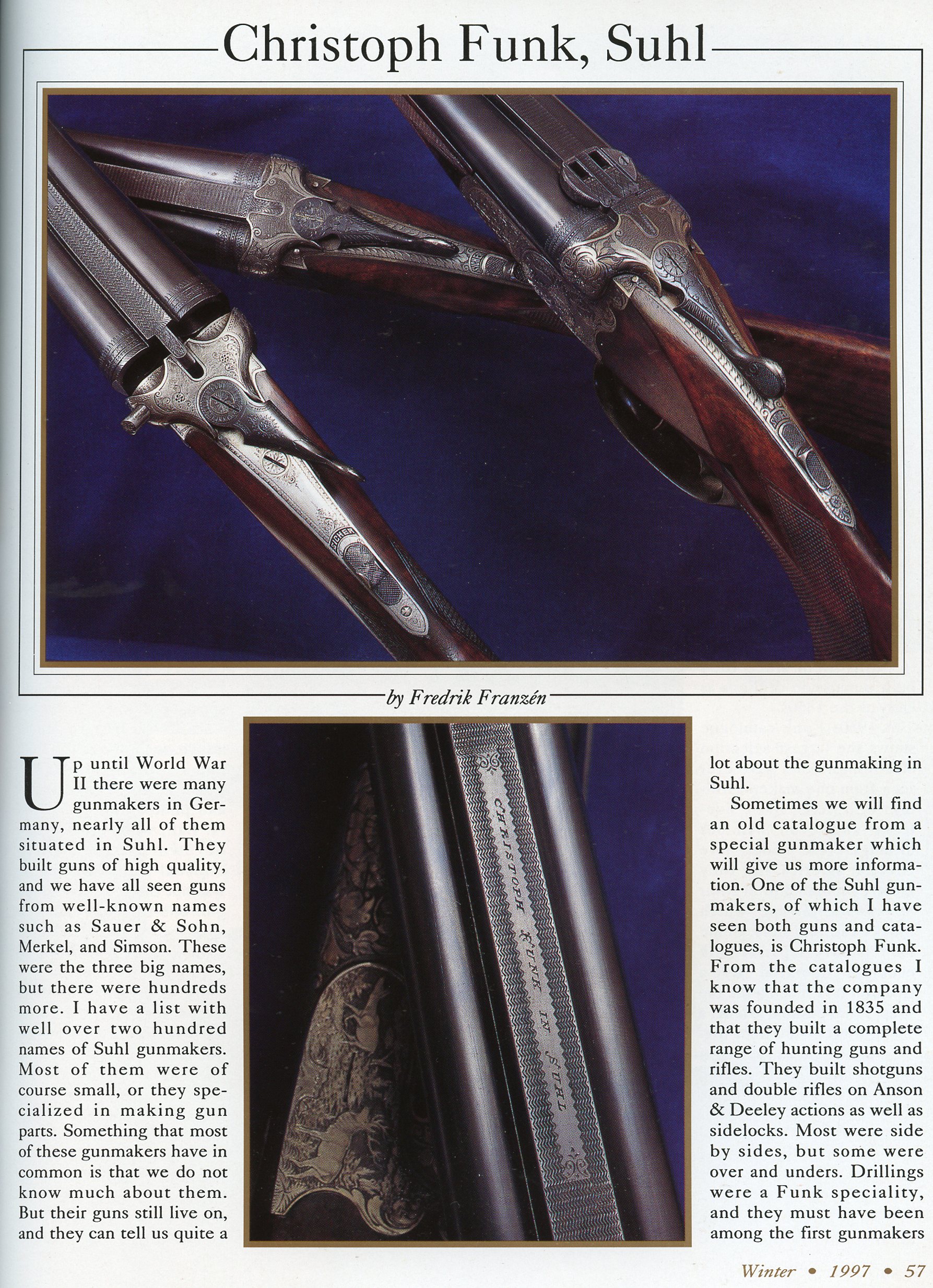 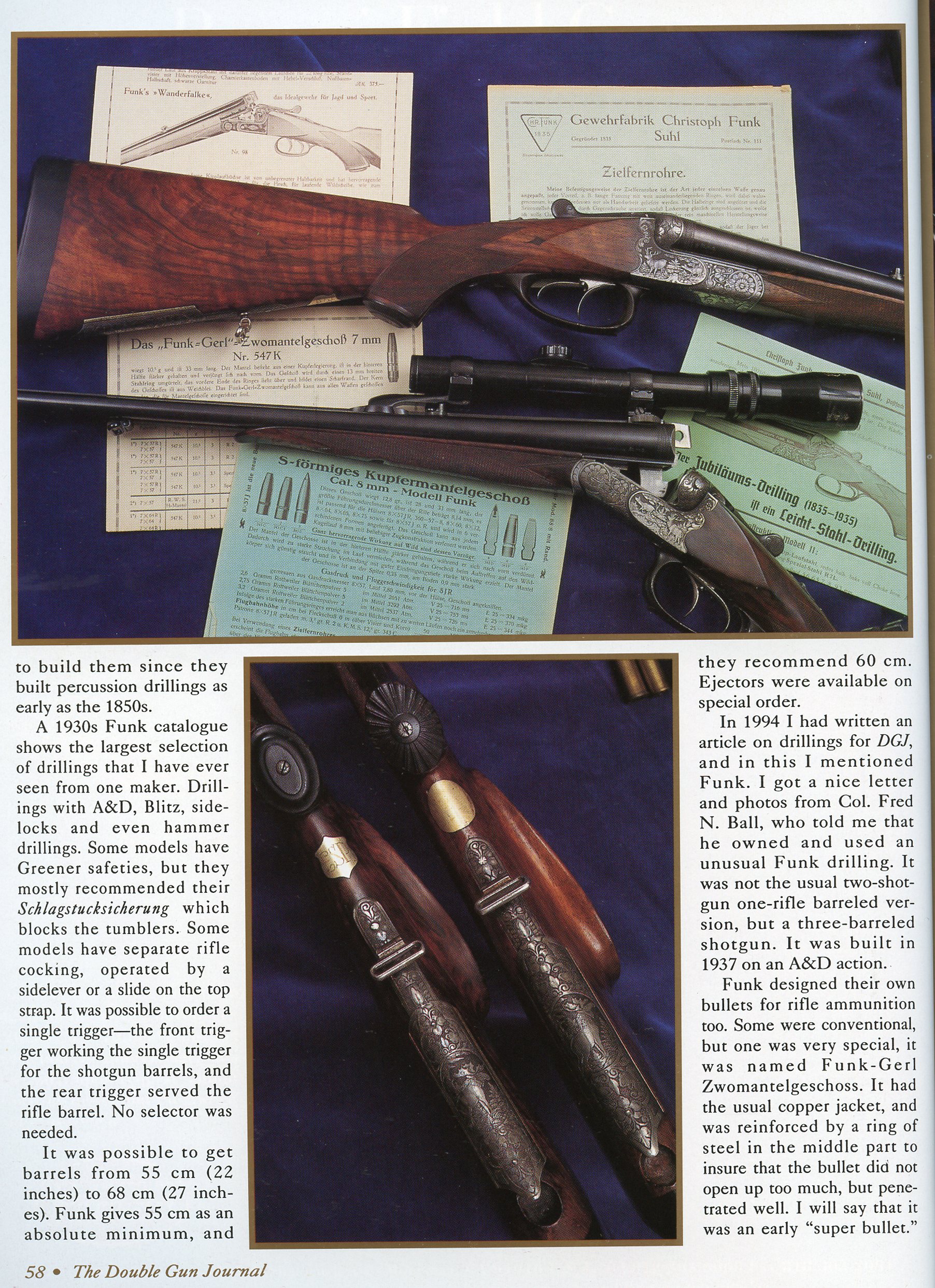 Several years ago I had the opportunity to work on and examine an unusual and seldom seen example of a Christoph Funk Combination Repeating Rifle (Kombinierte Mauser Repetier Busche) in both 7 x 64 and .22 Long Rifle rim fire. It was designed in 1935 by Louis Waches who was the Technical Director at Funk from about 1926 to 1952-53. The rim fire action initially appears to be a bolt action but it is not. I call it a swinging chamber action. This design was patented in Germany as DRP # 644051 issued to Ernst Funk on April 23, 1937. The .22 barrel is permanently attached to the 7 mm barrel with solid ribs. There is no accommodation to allow adjustment of the barrels for regulation. The .22 action is fired by the rear trigger after cocking the mechanism with a large push button on the left side of the stock at the rear of the receiver, If the .22 action is not fired the cocking button can be let down by pushing a small round button on the left side of the stock while releasing the button with your thumb. The trigger sear mechanism for the Mauser action was made by Merco (Oskar Merkel) in Suhl.

In 1937 Berlin was the site for the “Internationalen Jagdausstellung” or International Hunting Exhibition. This was the largest, most important hunting show on Earth in the 1930’s. All of the European countries contributed with anything that was related to hunting and guns. Hitler and Goering opened the Exhibition with much fanfare. At this Exhibition Funk displayed one of their Combination Repeaters in 7 x 64 & 22 LR. This rifle had a 22 barrel which only extended an inch or two beyond the forend. At the present time only 3 of these Christoph Funk Combination Repeaters are known to exist.

Other firms also made Combination Repeaters in very limited numbers. In the fall/Winter 2005 Issue no. 27 of the magazine Der Waffenschmied, Dietrich Apel and I covered an interesting rifle/shotgun made by Peter Oberhammer of Munich. In the Fall 2006 issue no. 31 of the same magazine, Dietrich covered another rifle/shotgun made by Jorg Schilling which was patterned after those made by Otto Bock of Berlin. An August Schuler of Suhl catalog shows a combination repeating rifle called a “Hollander-New York” suggesting a relationship/connection with the New York importer Fred Hollander. 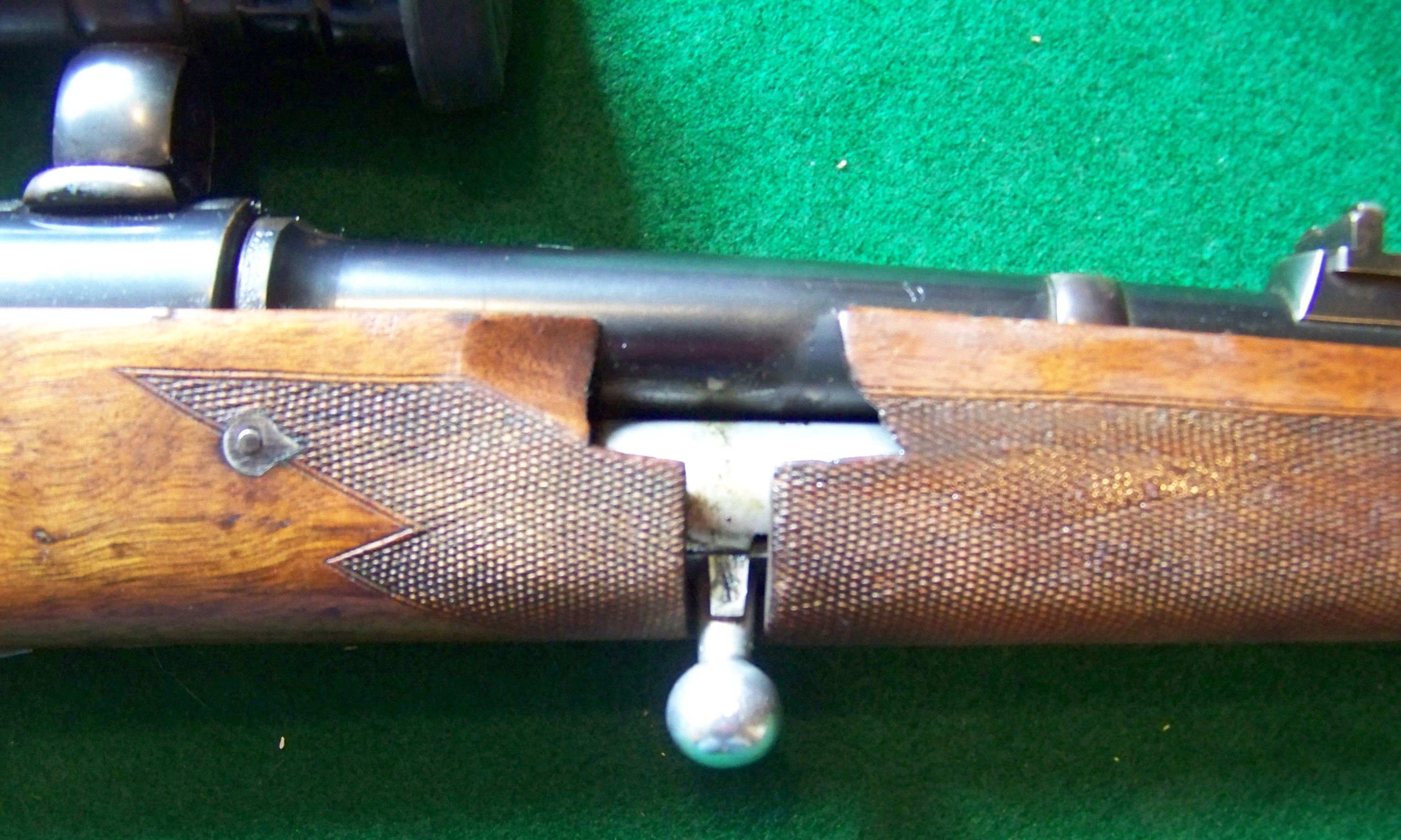 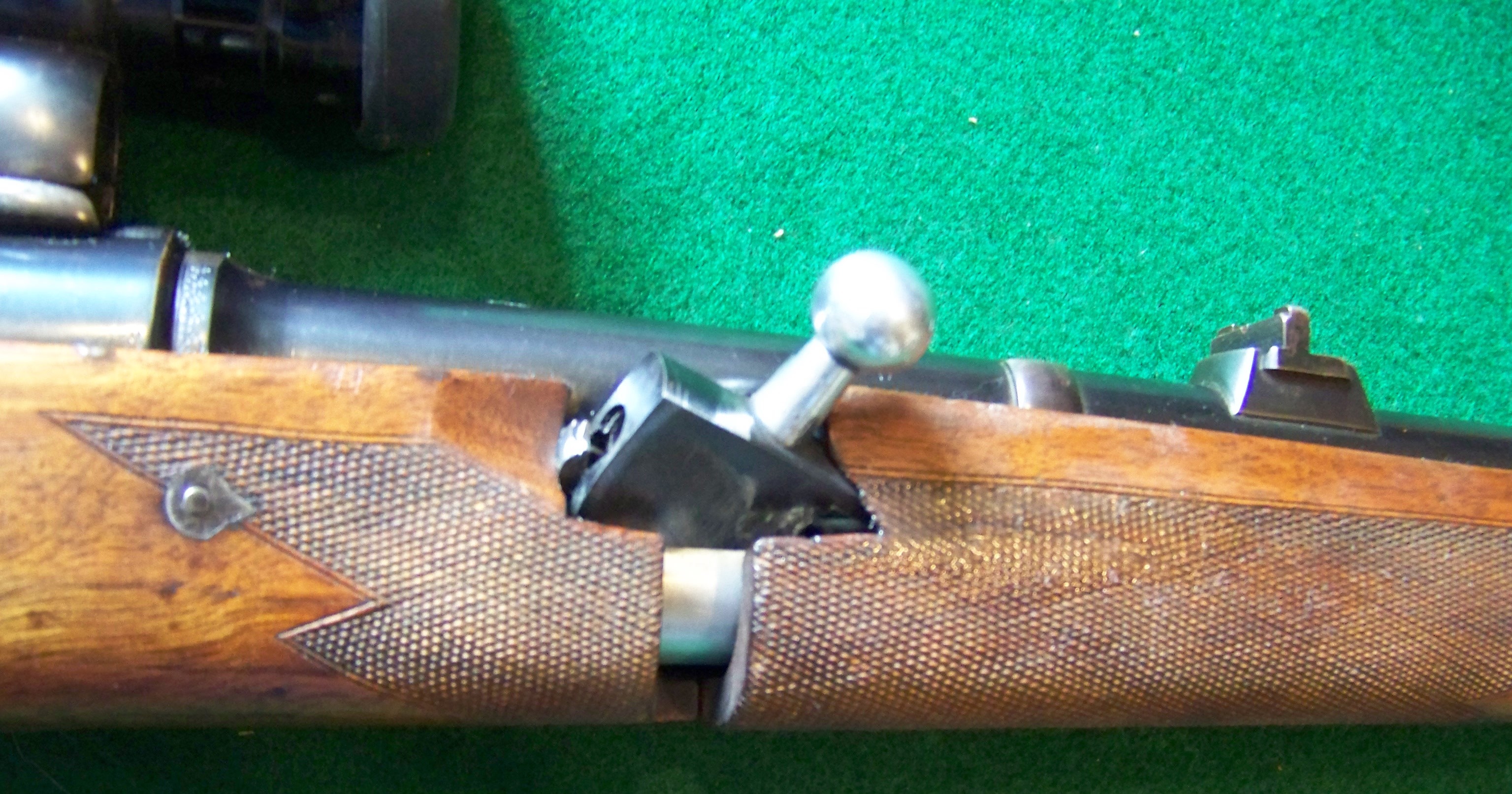 Click here to see the original drawing  for the action by Louis wackes. Zeichnung-L.Wackes

Click here to see the original Patent for the action. Patentschrift1937

Below is a three page period article about the 1937 International Hunting Show in Berlin. 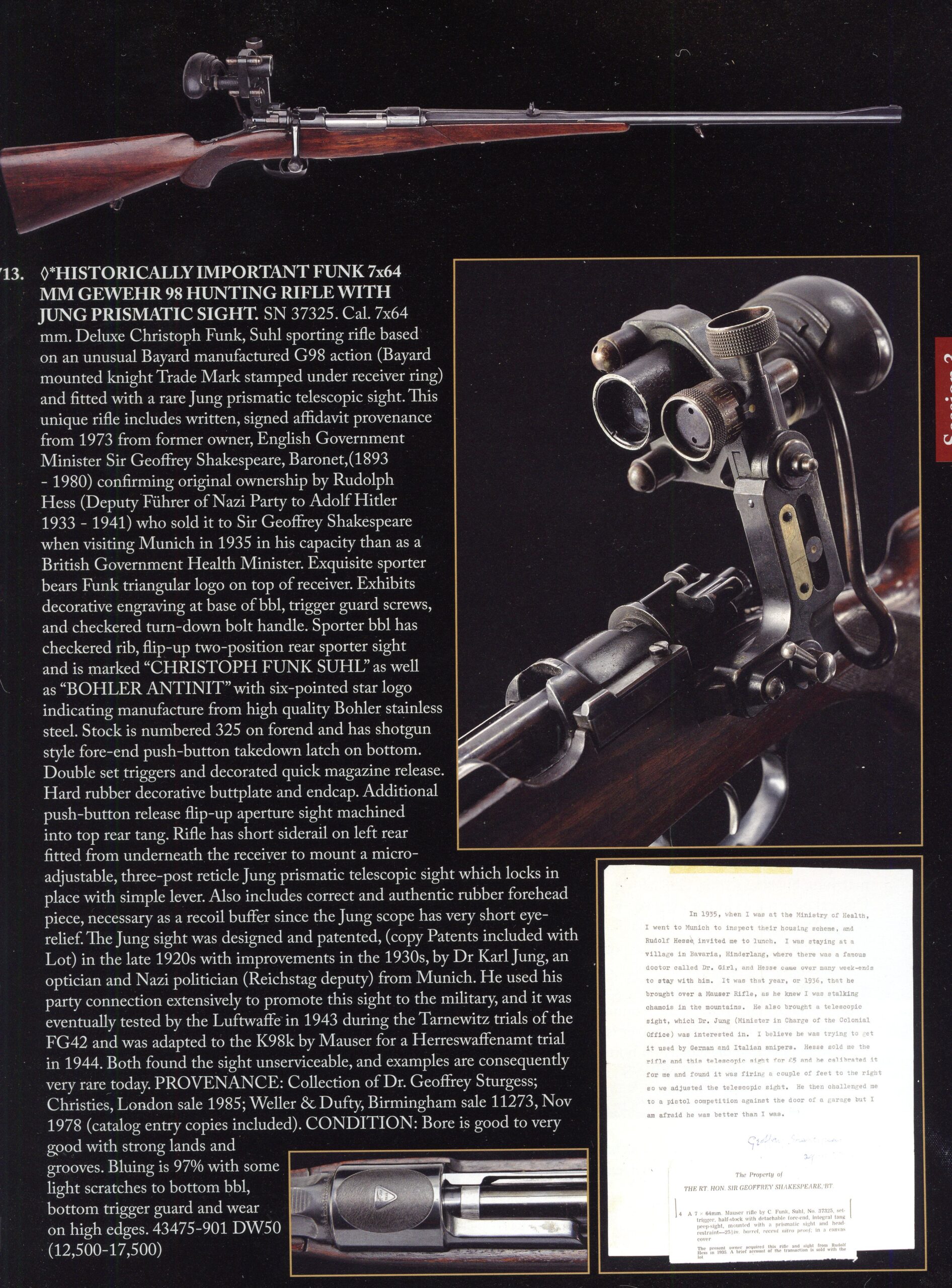 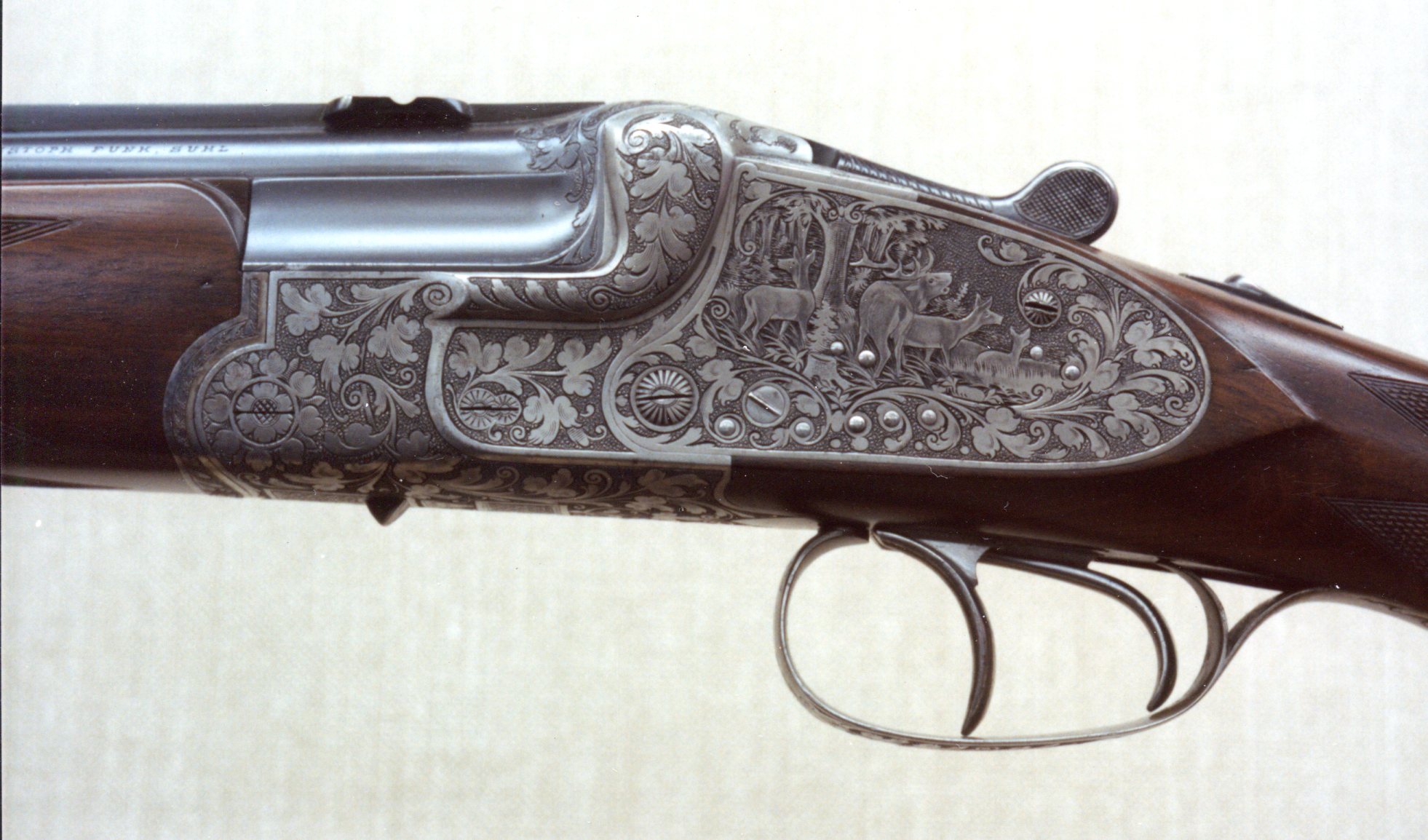 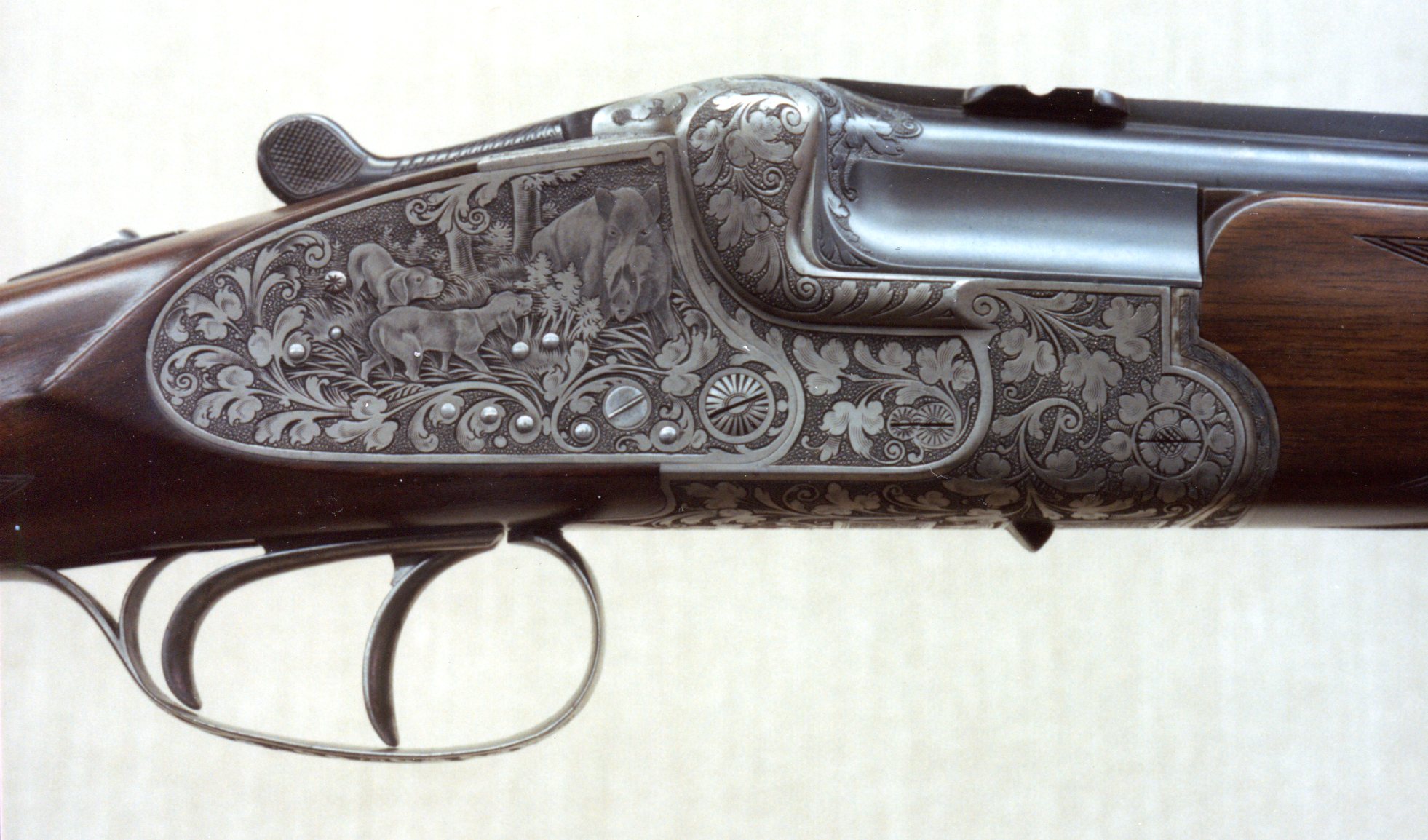