In 1842 Valentin became a Arms Contractor to the Prussian State and Started the firm V. Chr. Schilling, Militär und Luxus  Waffen Fabrik. A consortium of three weapons manufacturers- Spangenberg, Sauer & Strum, C. G. Haenel and V. C. Schilling was established in 1849 to equip the German Imperial Fleet with Model 1849 Navy rifles and pistols. This co operative relationship among Suhls leading makers continued until 1884 when Johann Paul Sauer decided to leave the trio. They had been making the model 79 and model 83 imperial revolvers . While the main product of the Schilling firm appears to be military weapons, the need for high quality sporting guns was not ignored. While Schilling sporting guns are not as common as J. P. Sauers or Kreighoff’s, the examples that are seen are of an exemplary standard. In 1863 the Berlin firm of C. B. Merrem advertised that they carried the products of the Schilling firm.

According to the 1873 edition of the Handook of Industry, Vol. I  Robert Kraemer (Aug. 10, 1821- Oct. 4, 1914) founded his Machine Factory in 1849. In 1863 Valentin Christian Schilling became a partner in this firm and the name was changed to Schilling & Kraemer. They manufactured many machines for the metal working industry and in particular for the weapons and firearms industry. An example of their splendid rifling machine can be seen in the Archive page for Max Ern. In 1904 the firm took over the manufacture of the Germania typewriter. 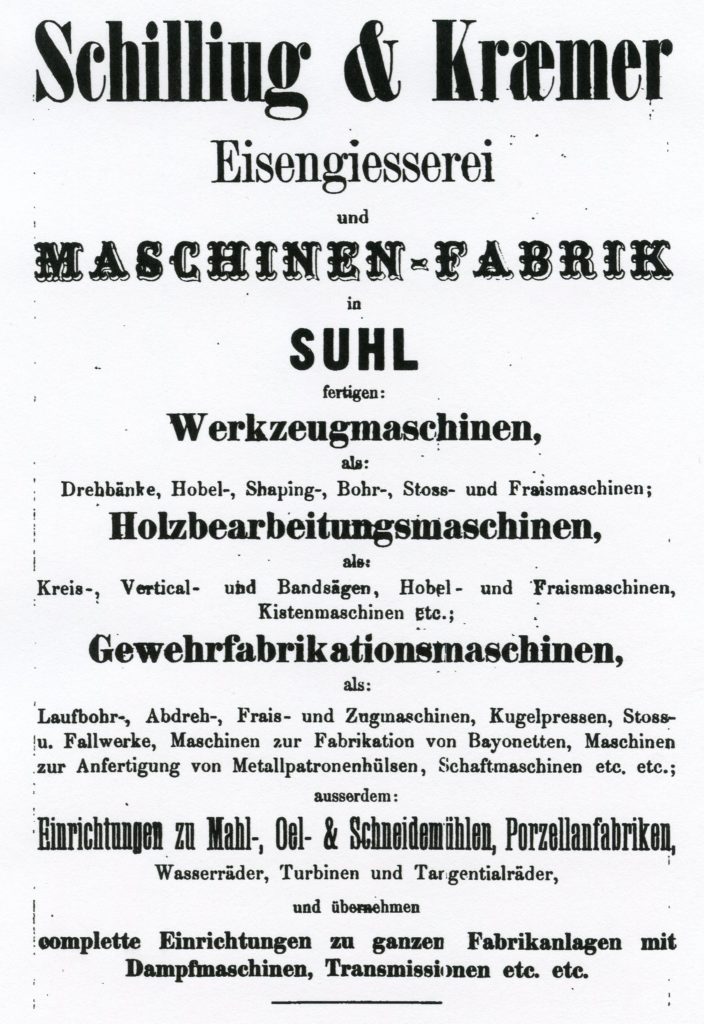 This story is by no means complete, and will be added to in the future as I can get material interpreted from the German text. 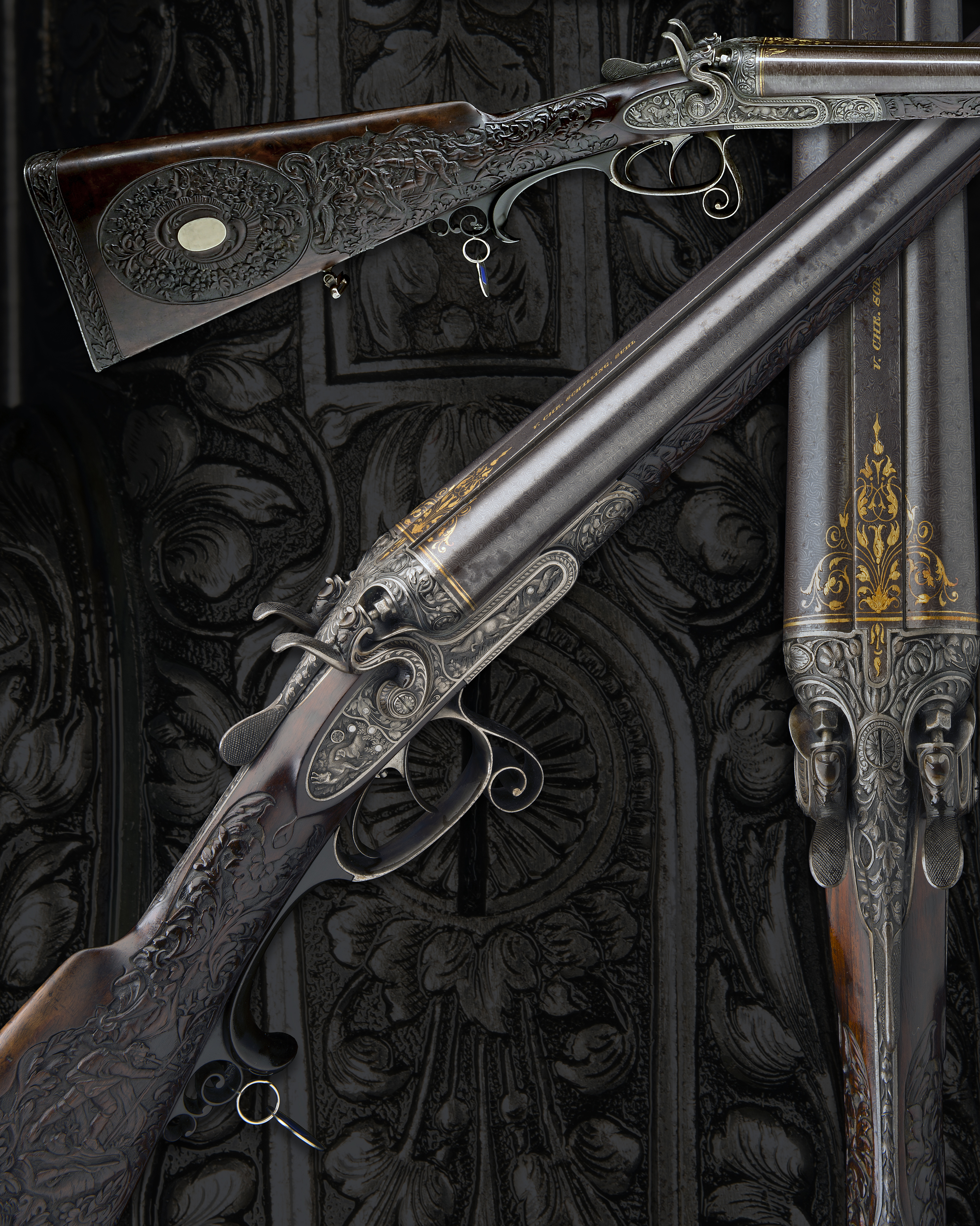 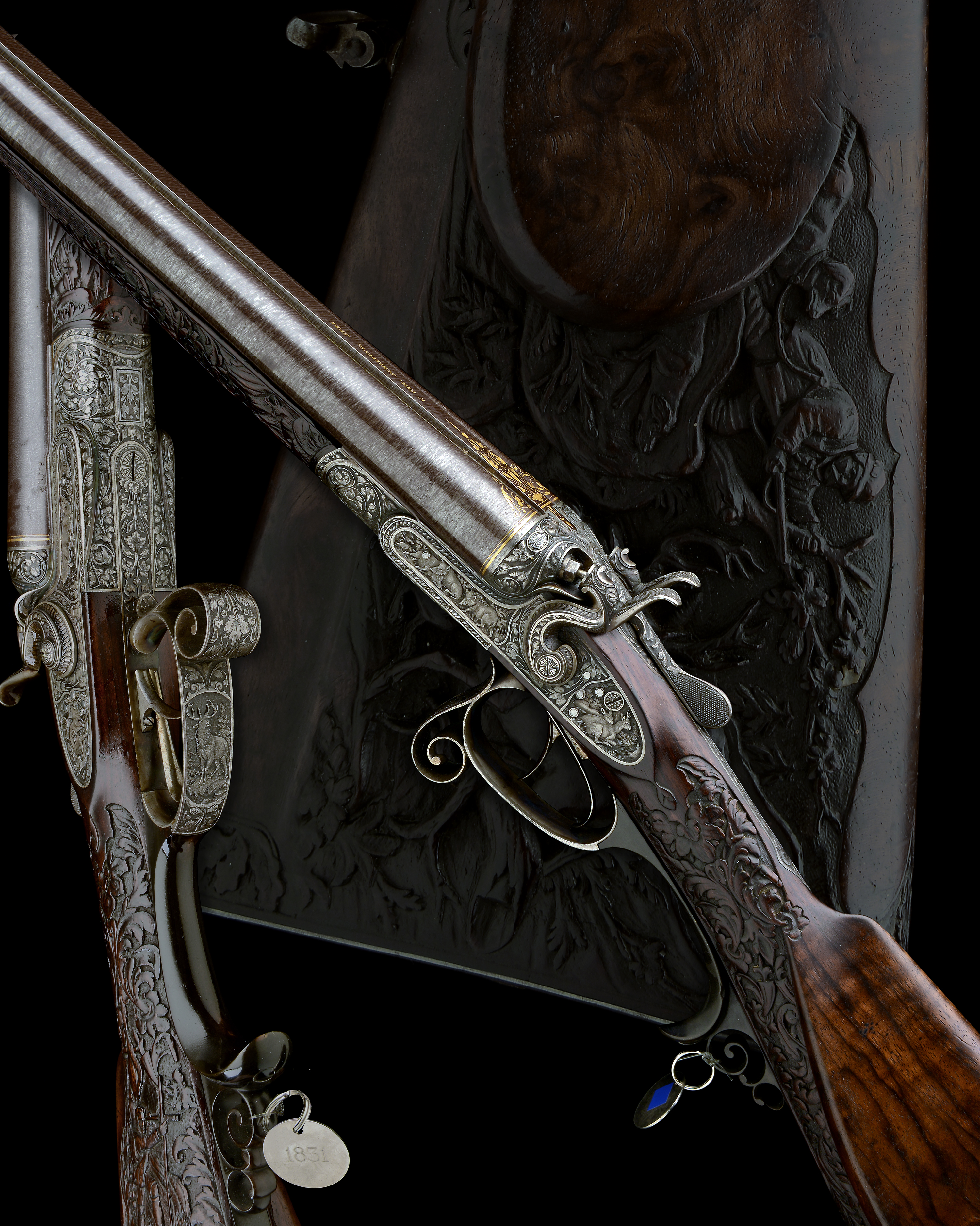 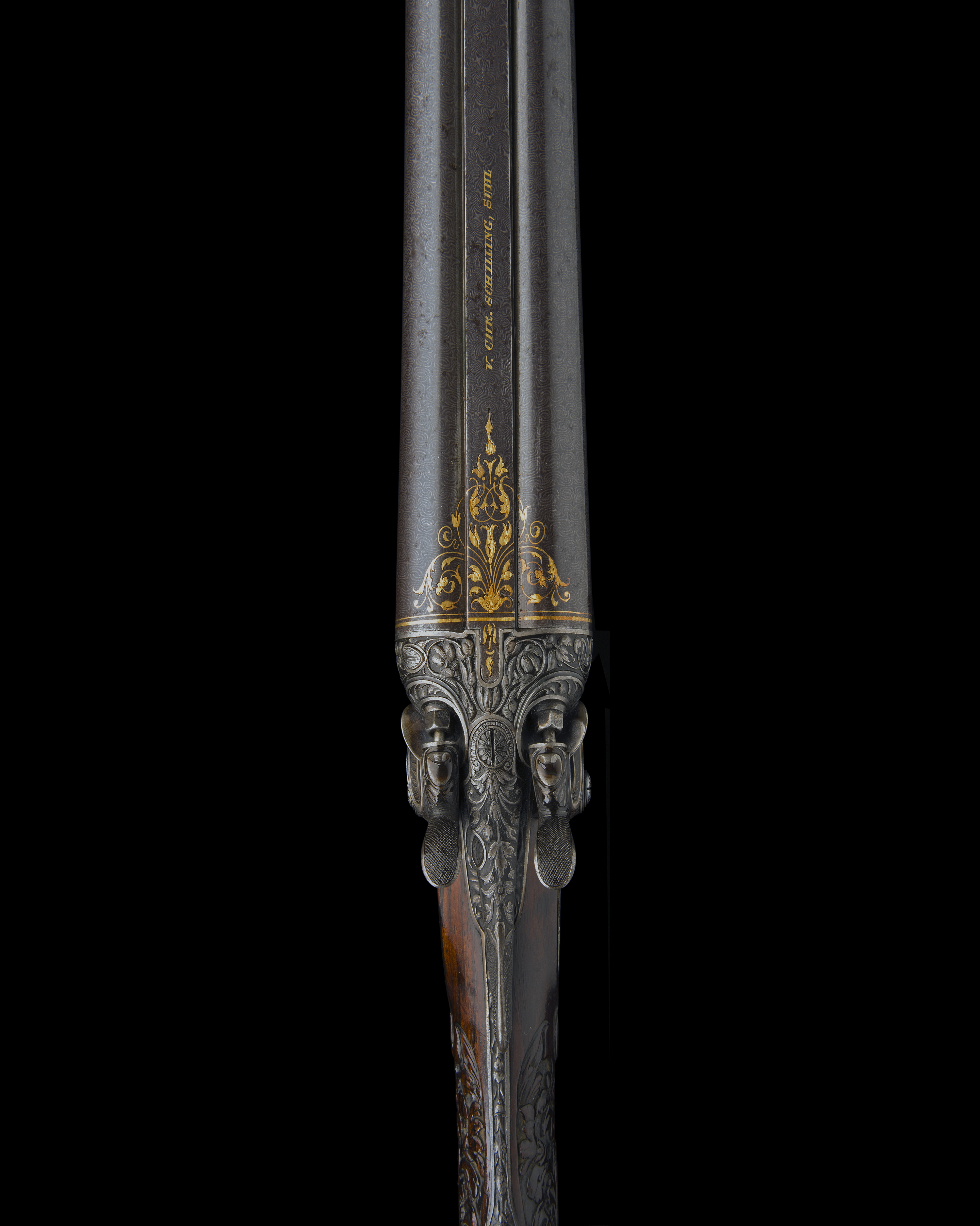 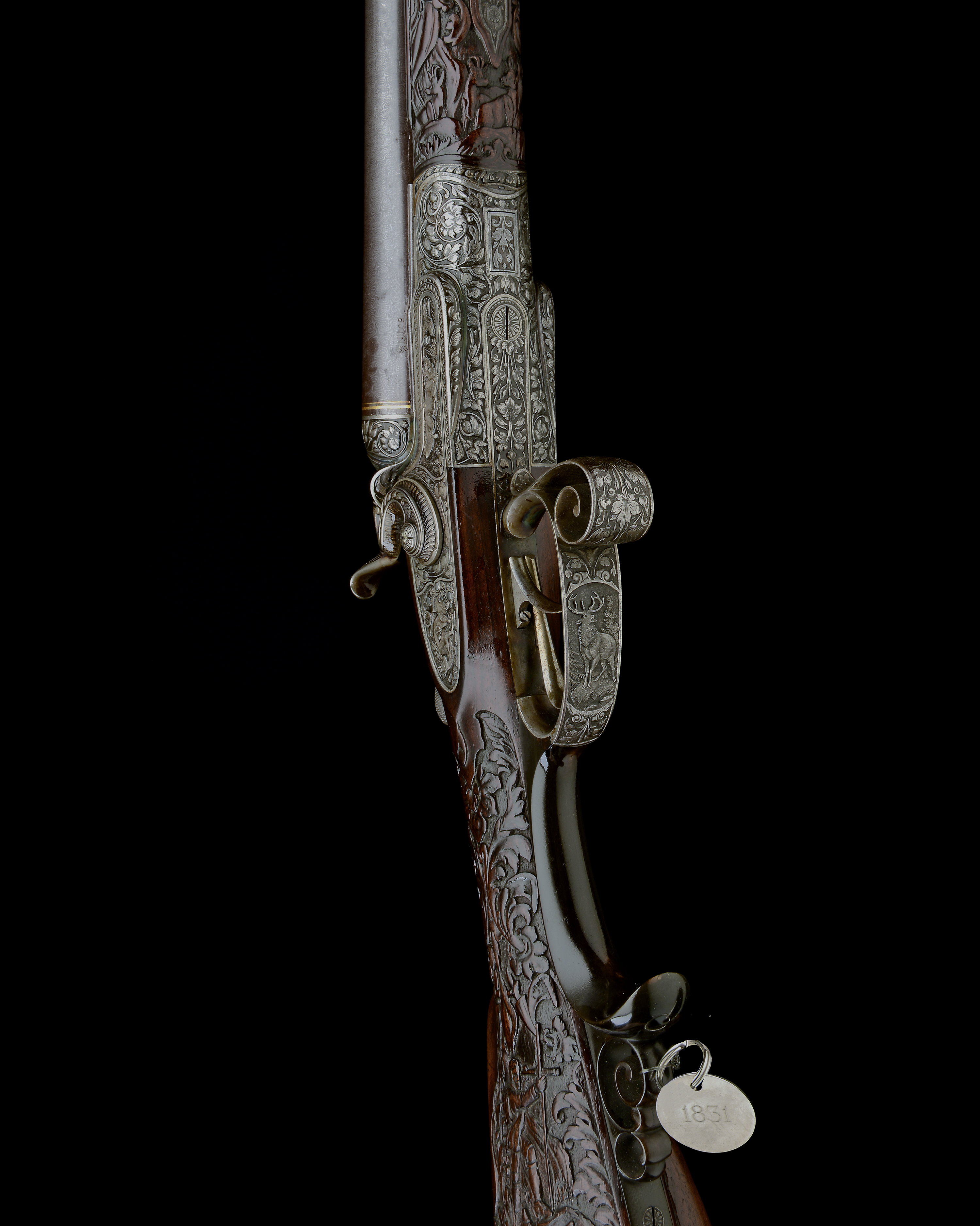 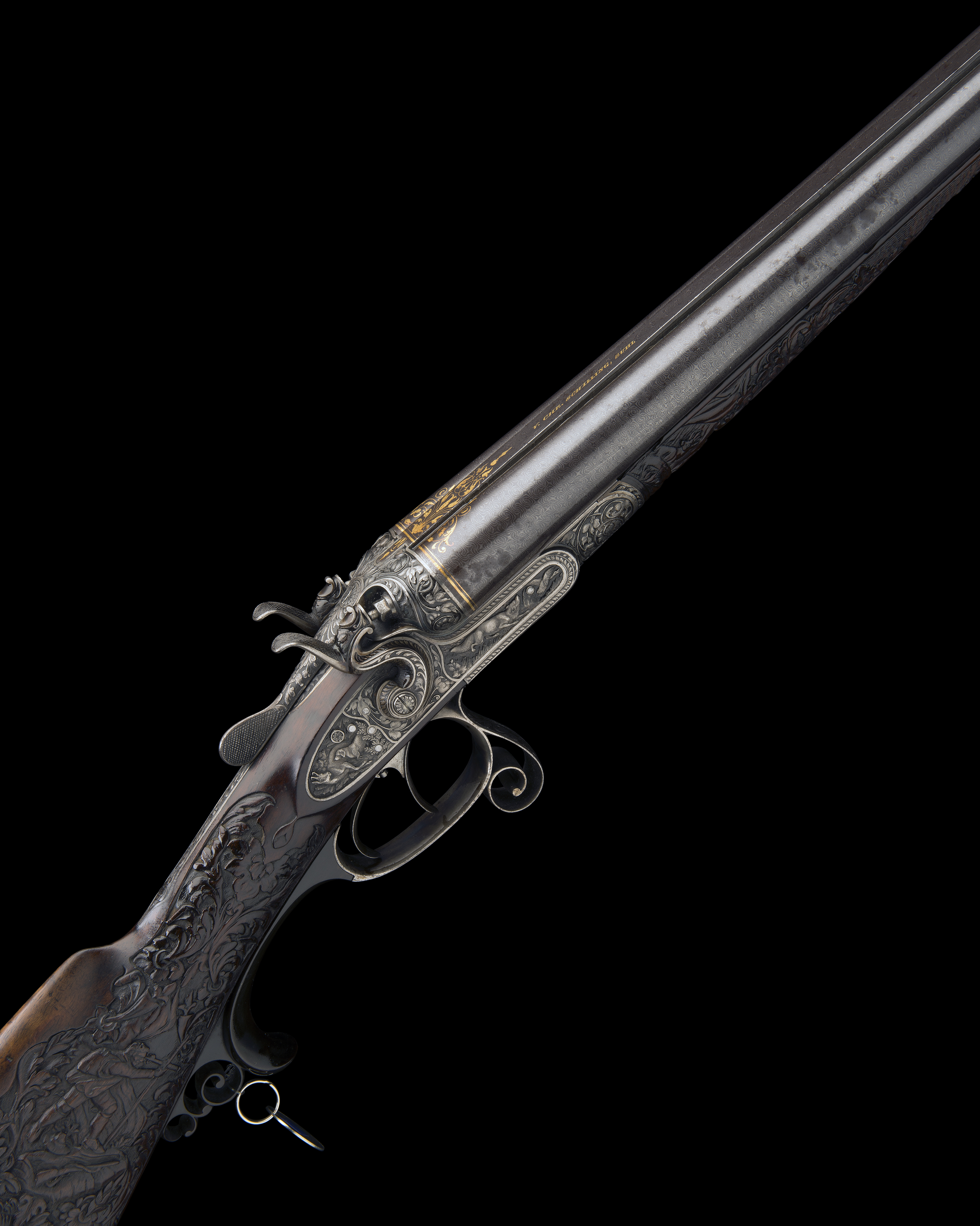 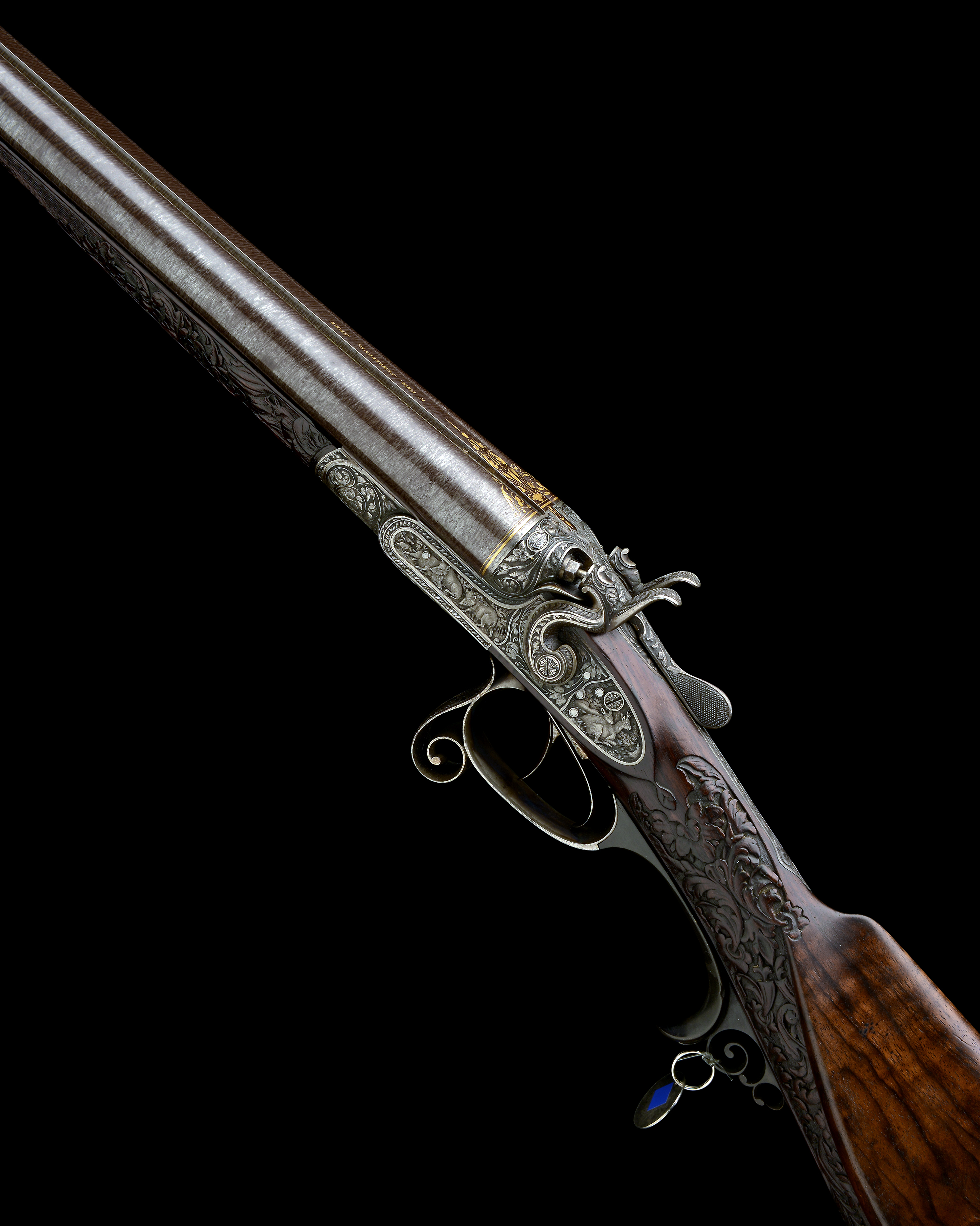 The following images of a percussion Jaeger rifle by Val. Chr. Schilling were found on line. 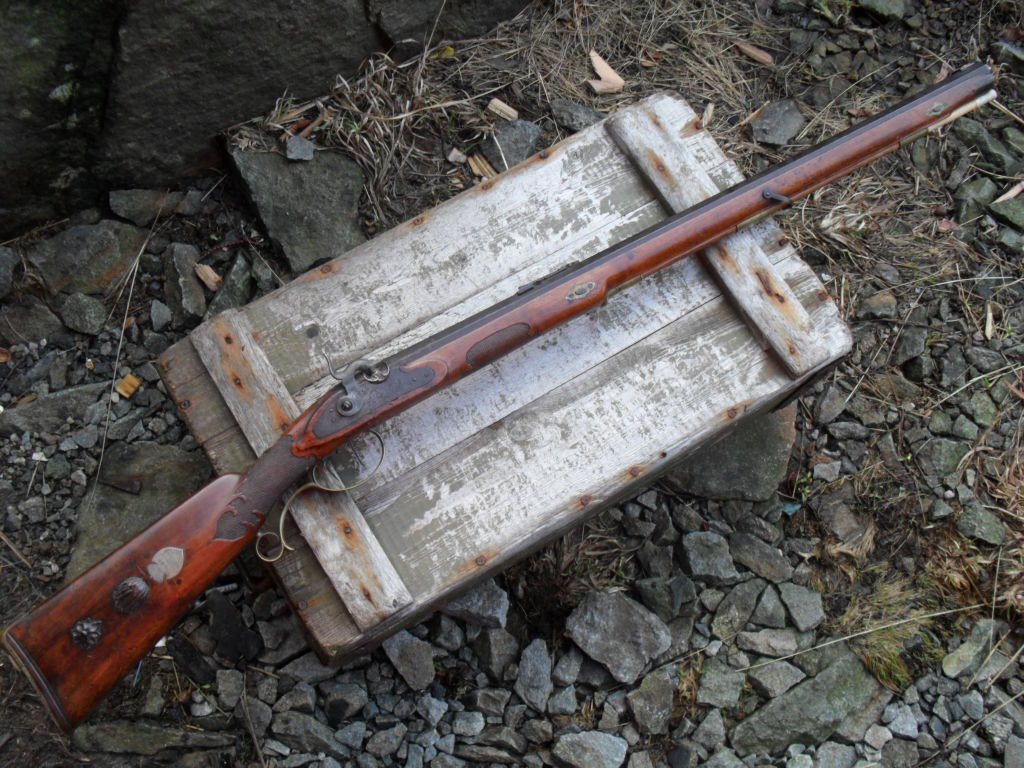 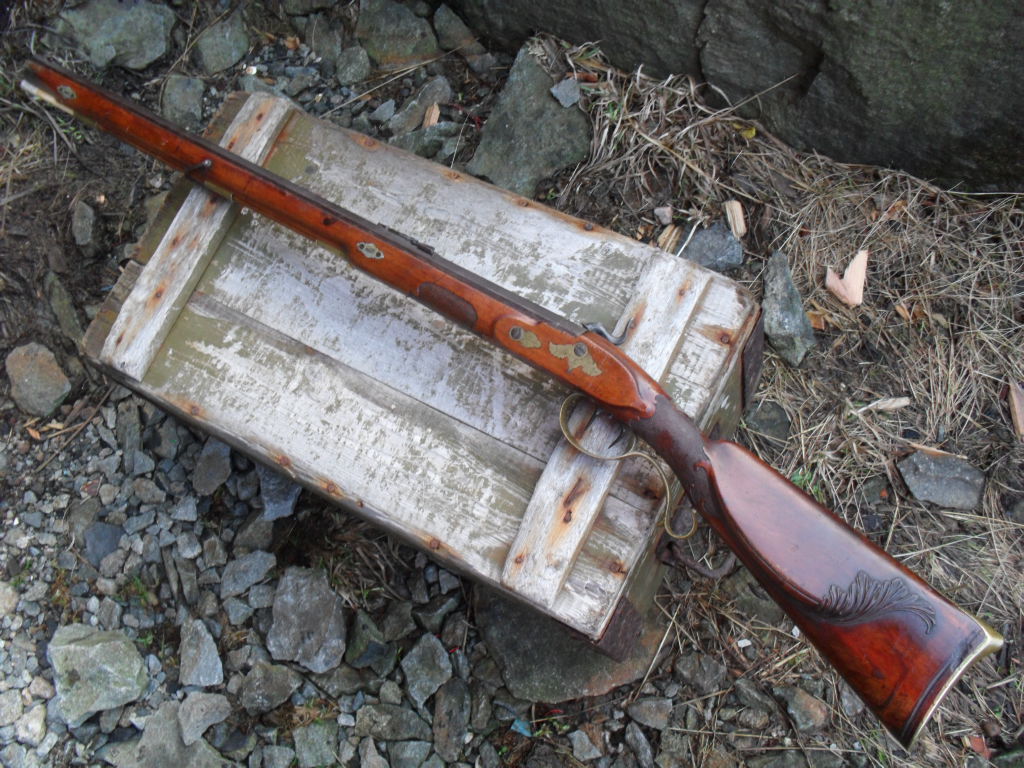 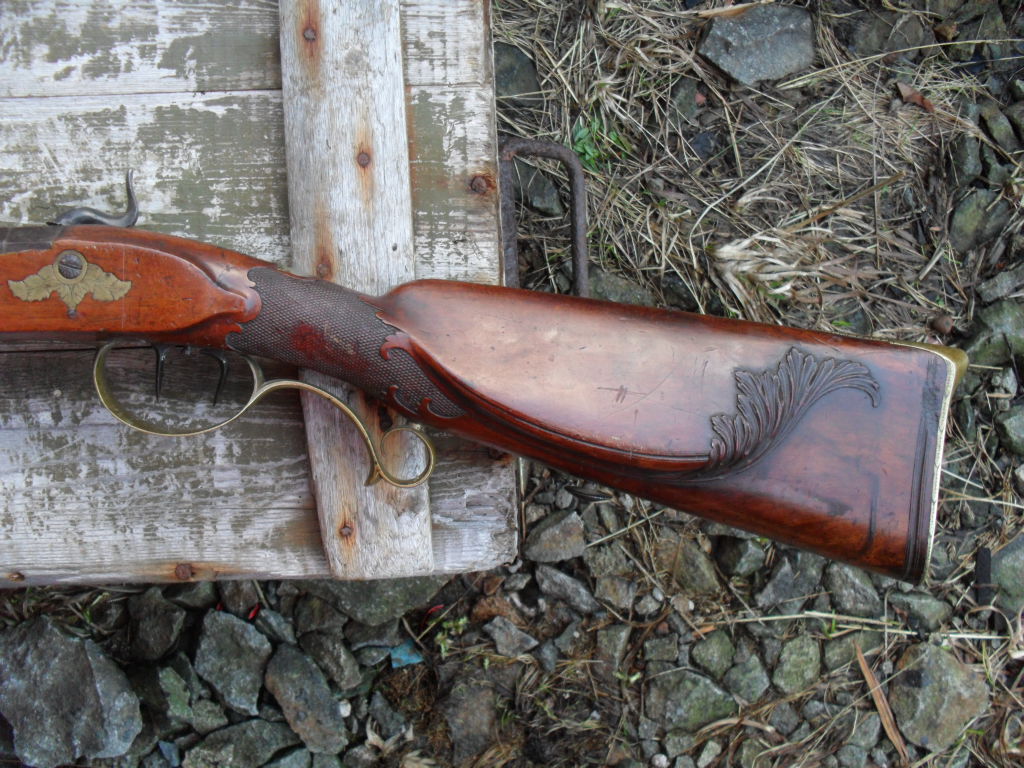 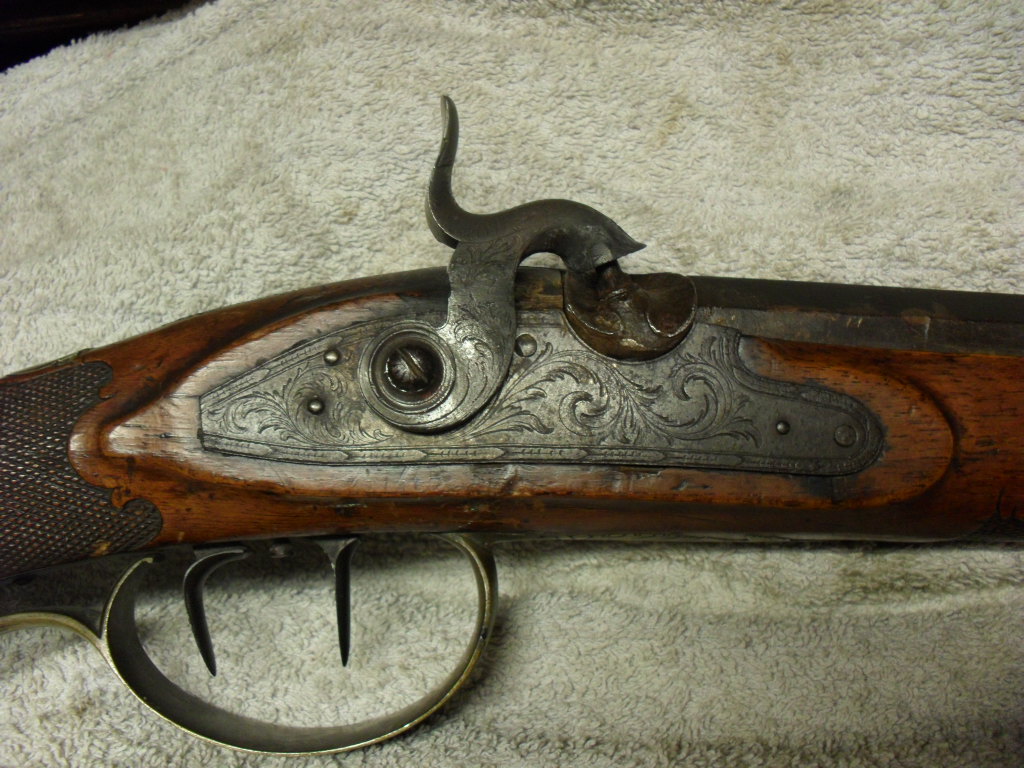 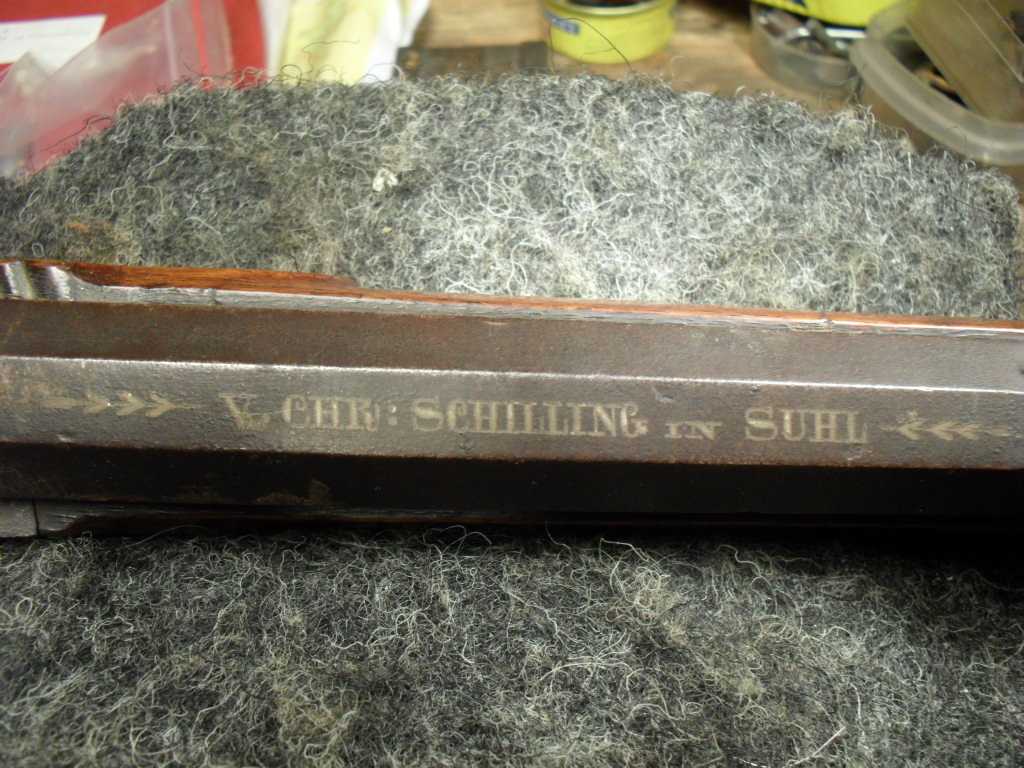 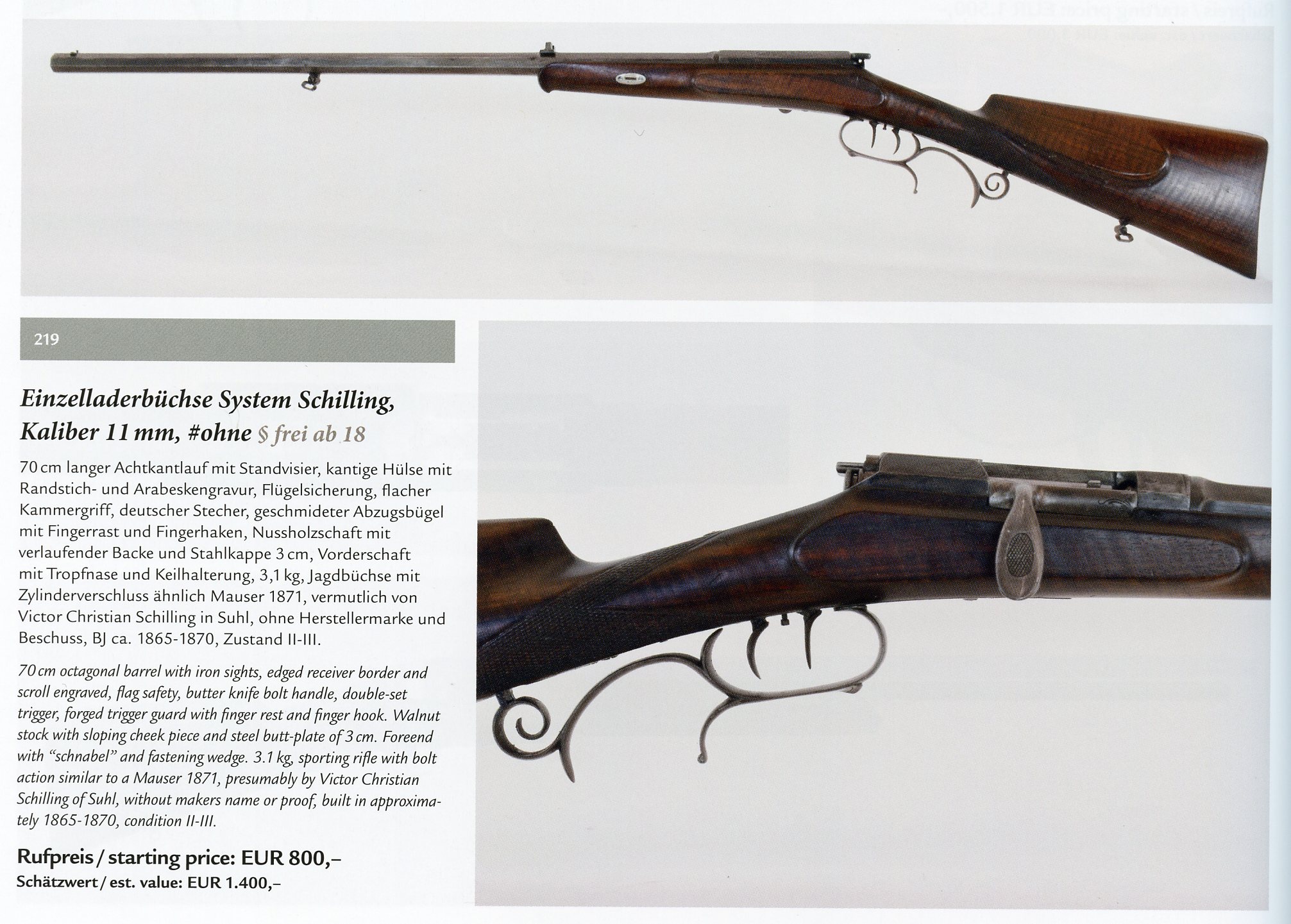