In 1977 Günther Obertreis celebrated the 75th anniversary of the M. Doersch firm locating in Wiesbaden. For the event he issued the following brief history on the family and Company. A translation will follow. 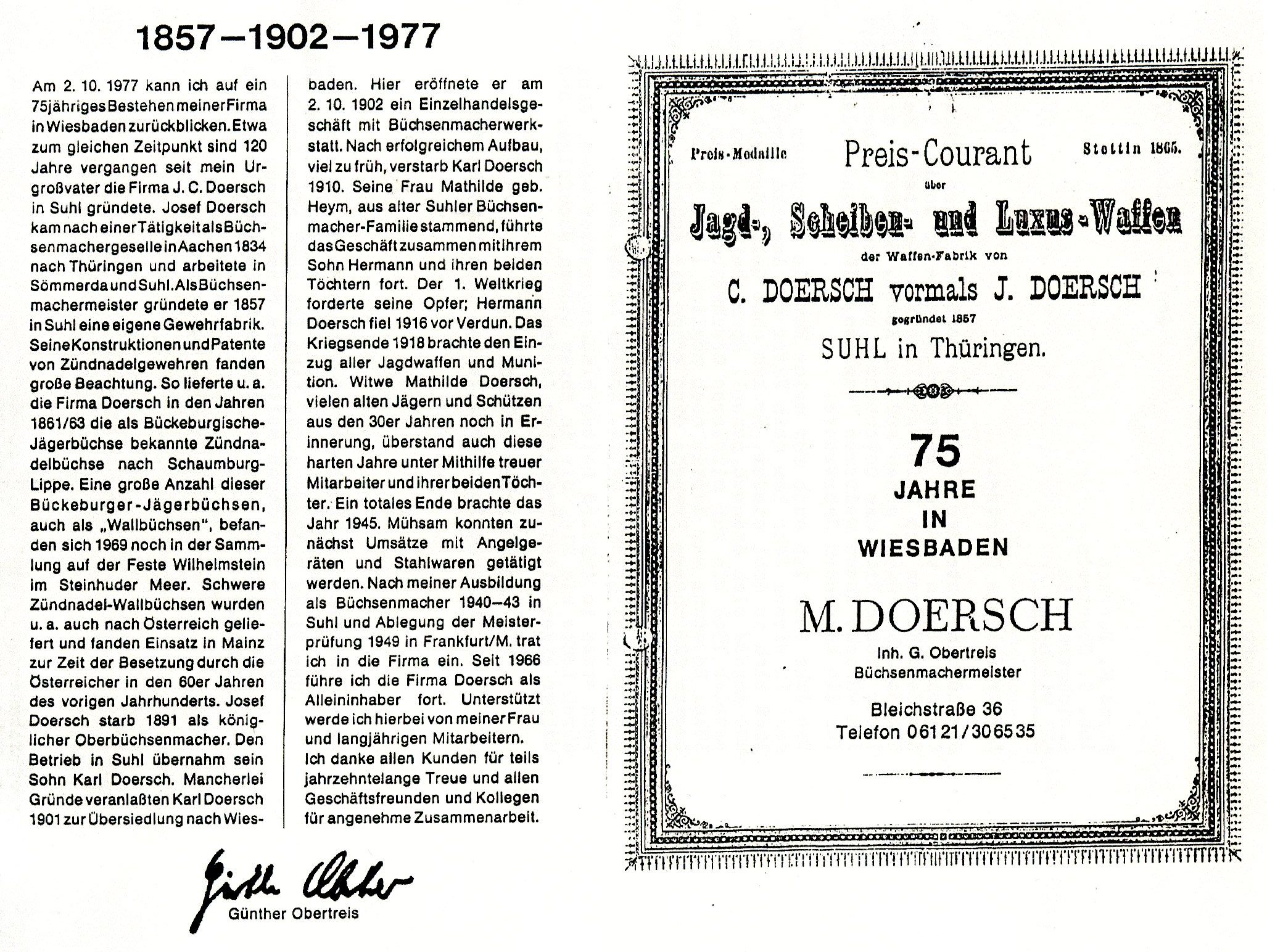 On Oct. 2, 1977 I can look back on a 75th anniversary of my company in wiesbaden. At about the same time 120 years have passed since my great grandfather founded the company J. C. Doersch in Suhl. Josef Doersch came to Thuringia in 1834 after working as a gunsmith in Aachen and worked in Sommerda and Suhl. As a master gunmaker he founded his own gun factory in Suhl in 1857. His constructions and patents of needle-firing rifles attracted much attention. For example U. A. (Anschutz ?) supplied Doersch in the years 1861/63 with the Zündnagelbüchse known as Bückeburg’s hunting rifle to Schaumburg Lippe. A large number of these Bückburger-Jagdbuschsen, also known as “Wallbüchsen” were still in 1969 in the collection on the festival Wilhelm Stein in Steinhuder Meer. Heavy firing pin Wallbusches were also supplied by U.A. to Austria and found in Mainz at the time of occupation by the Austrians in the 1860’s. Josef Doersch died in 1891 as a Royal Master Rifle Maker. His son Karl took over the company in Suhl. Many reasons prompted Karl Doersch to relocate to Wiesbaden in 1901. On Oct. 2, 1902 he borrowed (rented) a retail store with a gunsmith’s workshop. After successful construction ((of a shop or business?) Karl Doersch died much to young in 1910. His wife Mathilde who maiden name was Heym and from the old Suhl Heym gunsmith family, carried on the business together with her son Hermann and his two daughters. Hermann Doersch served in World War I and was killed in 1916 before Verdun. The end of the war in 1918 brought the collection of all hunting weapons and ammunition. Widow Mathilde Doersch, remembered by many old hunters and marksmen from the 30’s, survived these hard years with the help from loyal employees and her two daughters. The year 1945 brought everything to a complete standstill. With much difficulty they continued the business with sales of fishing tackle and steel goods.

After my training as a gunsmith 1940-43 in Suhl and passing the Master examination in 1949 in Frankfurt/M. I joined the Company. Since 1966 I have been leading the company Doersch as a single owner. I am supported by my wife and longtime employees. I thank all of my cusyomers for some decades of loyalty and all business friends and colleagues for pleasent cooperation. 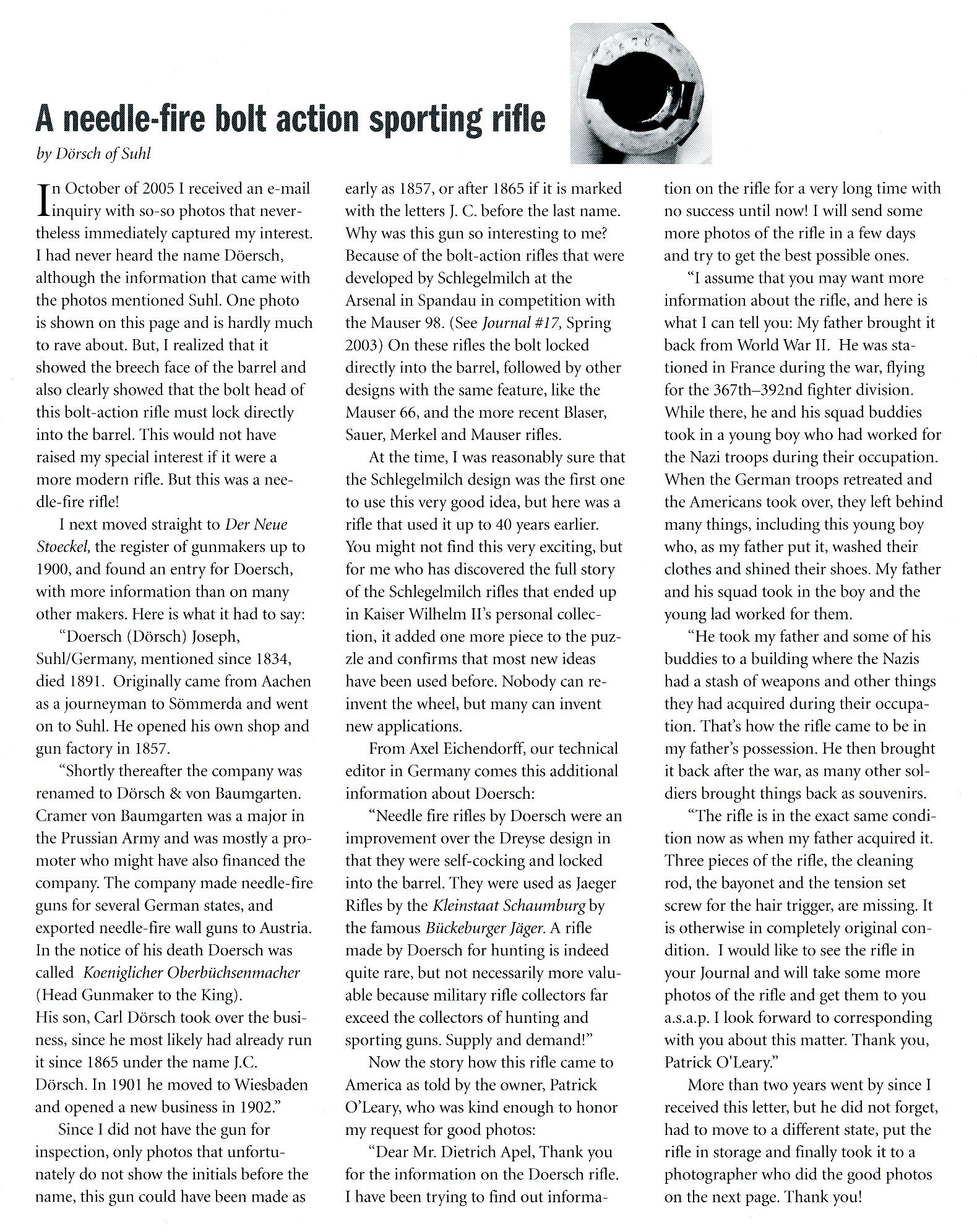 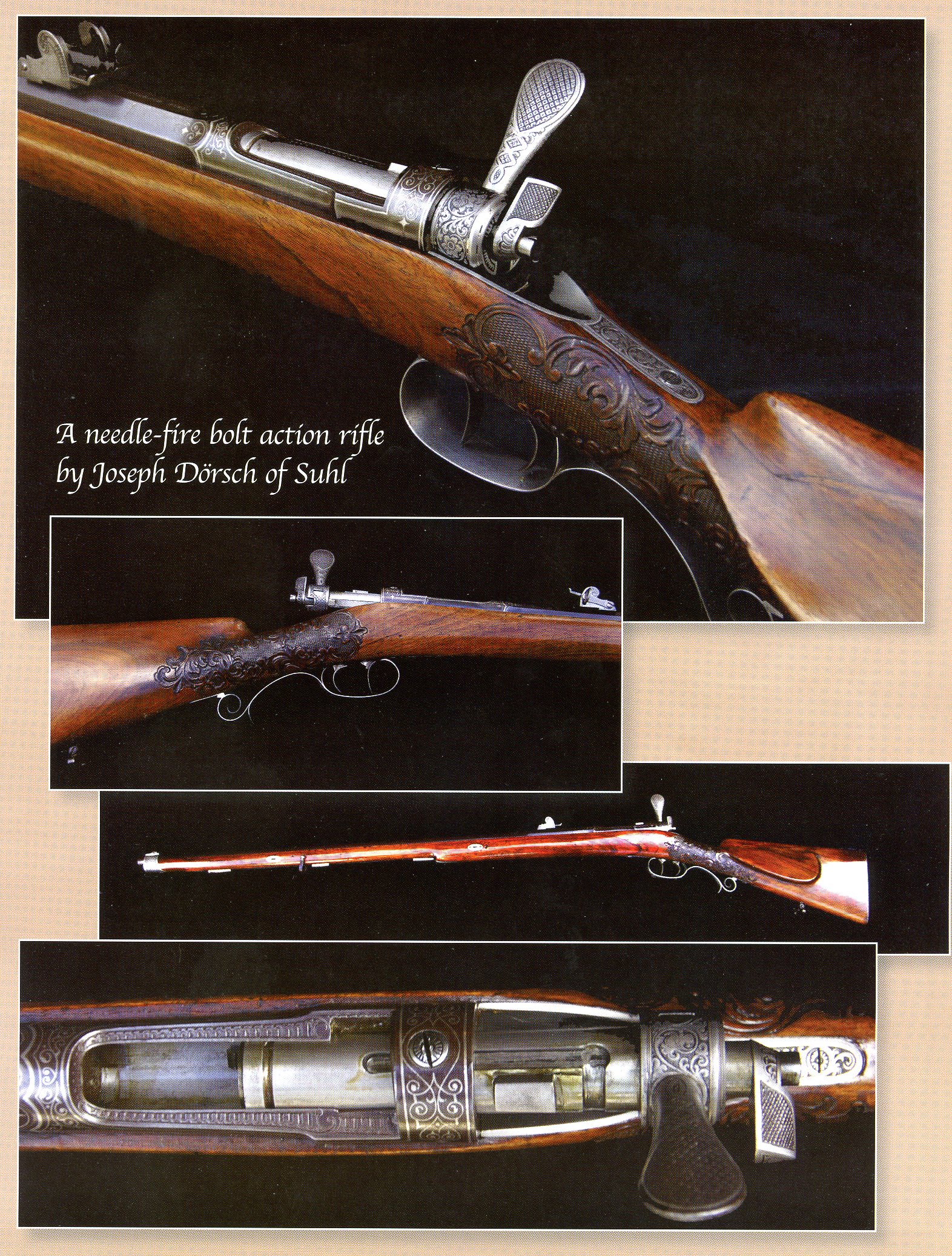