In the Winter 1995 issue of The Double Gun Journal Mr. Tom Kidd wrote an article titled “An Expatriate Returns” which pictured the cover of a Lancaster Arms Co. catalog. On that cover was given the address of a New York address of 302 Broadway.  This is the address of the firm of Schoverling, Daly & Gales who were importers of some of the finest guns to come out of Europe. From this I assume that Alfred Worrest had some form of a working relationship with Schoverling, Daly & Gales, perhaps installing his single triggers in Charles Daly guns at their customer’s requests. That catalog cover also states that Lancaster Arms Co. had a Foreign Office in Suhl, Prussia. It is interesting to note that many of the guns that Schoverling, Daly & Gales imported were manufactured in Suhl. It is possible that J. P. Sauer was that distributer, the catalog lists several Sauer guns fitted with these triggers.

You can read more about Alfred Worrest in my Ebook -Development of the American Double Gun which is available on Ebay as item no. 124218758488. 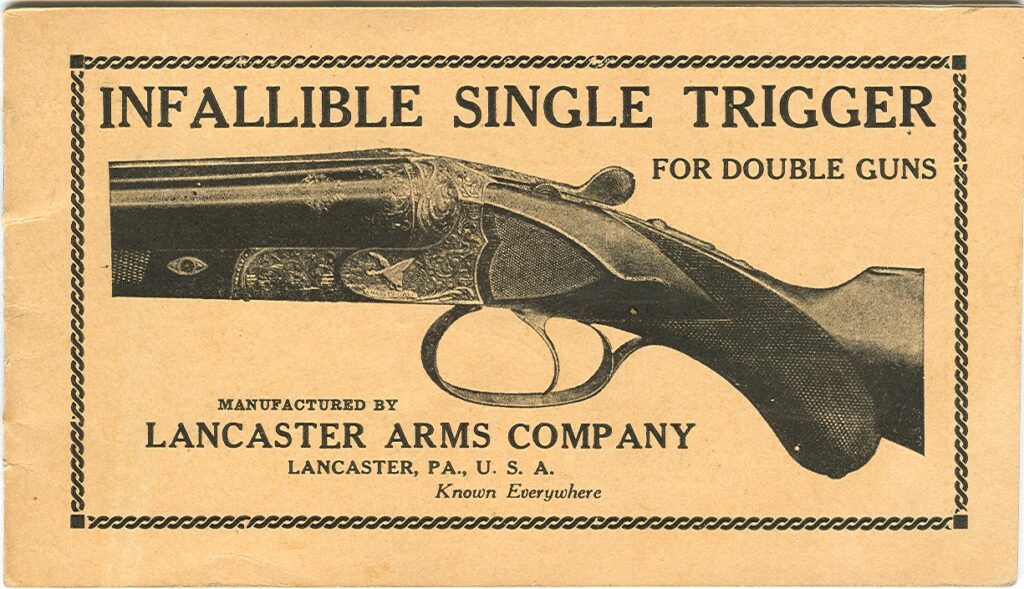 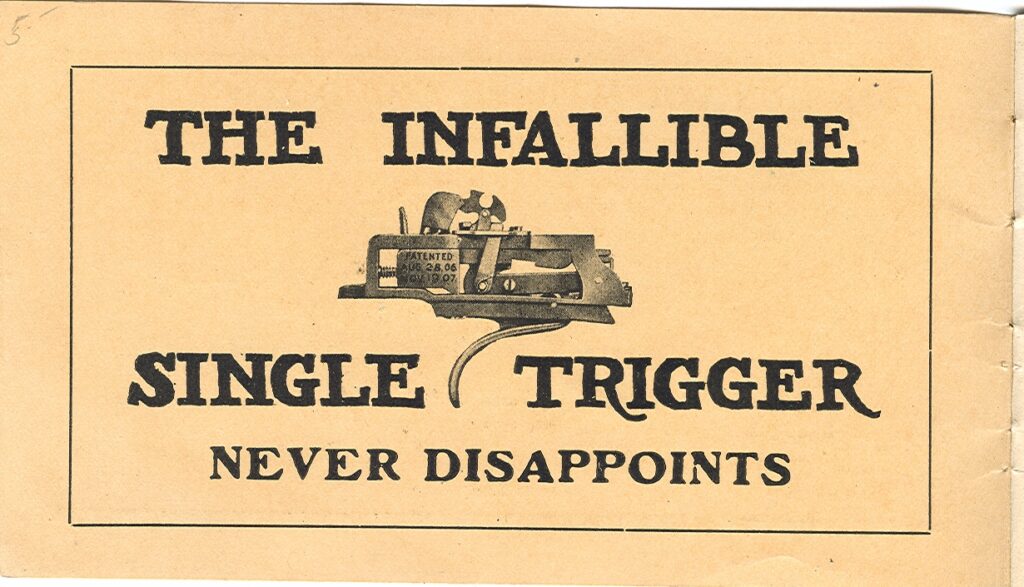 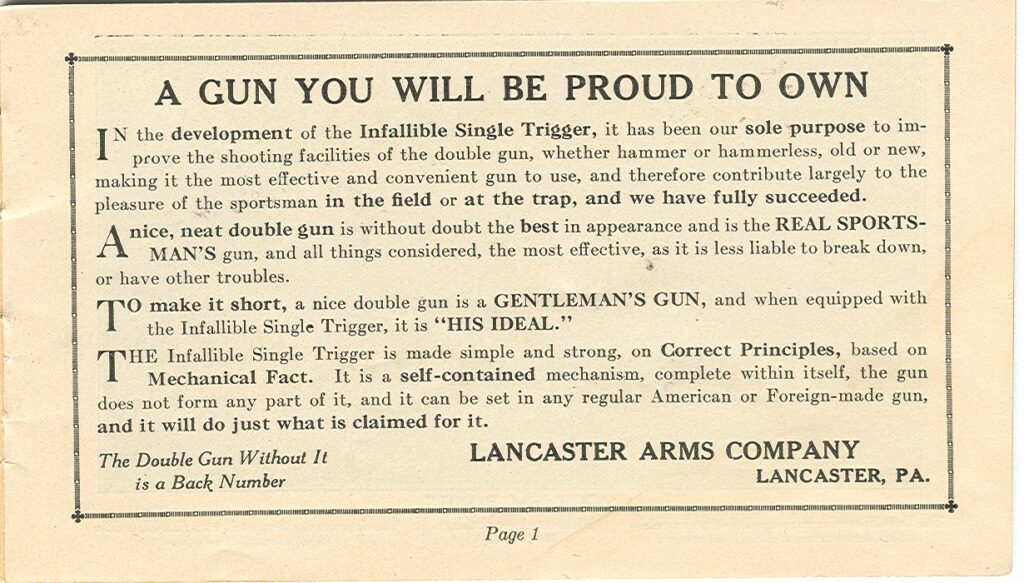 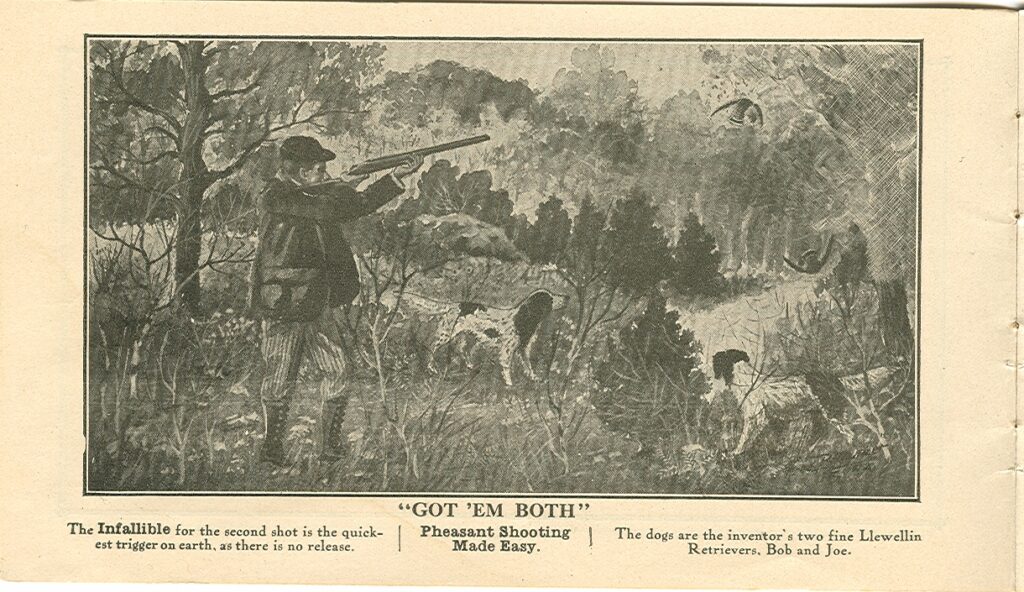 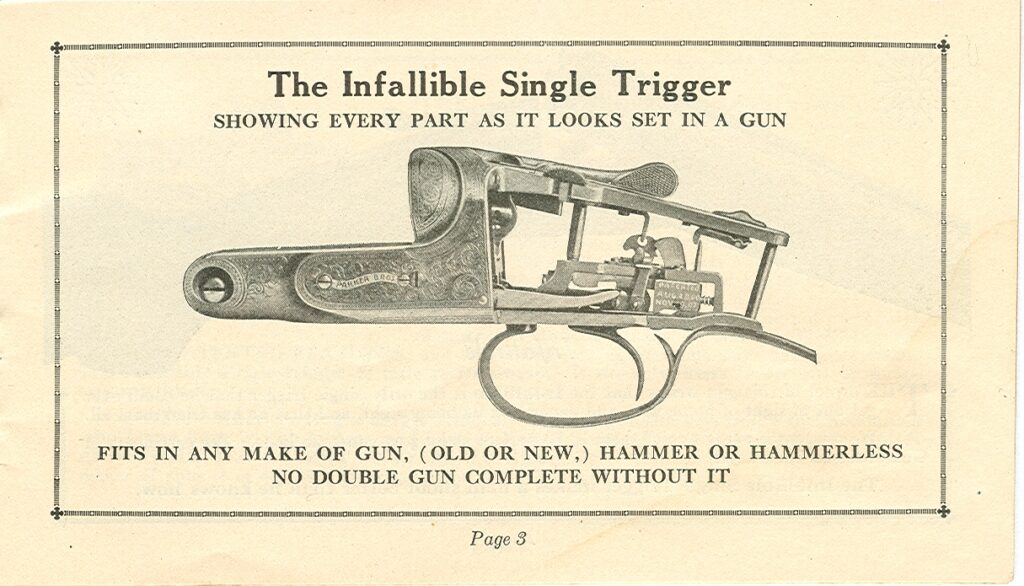 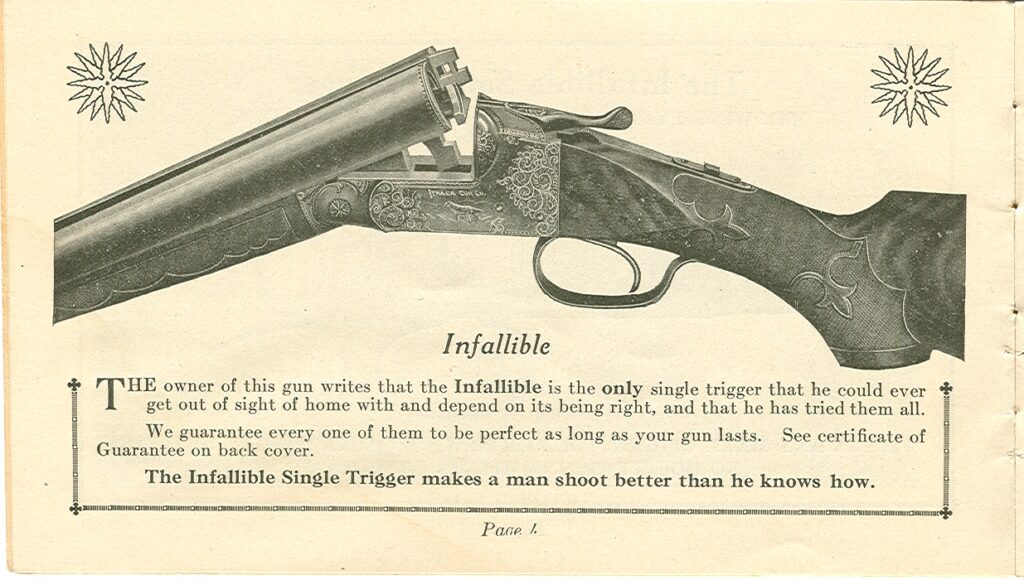 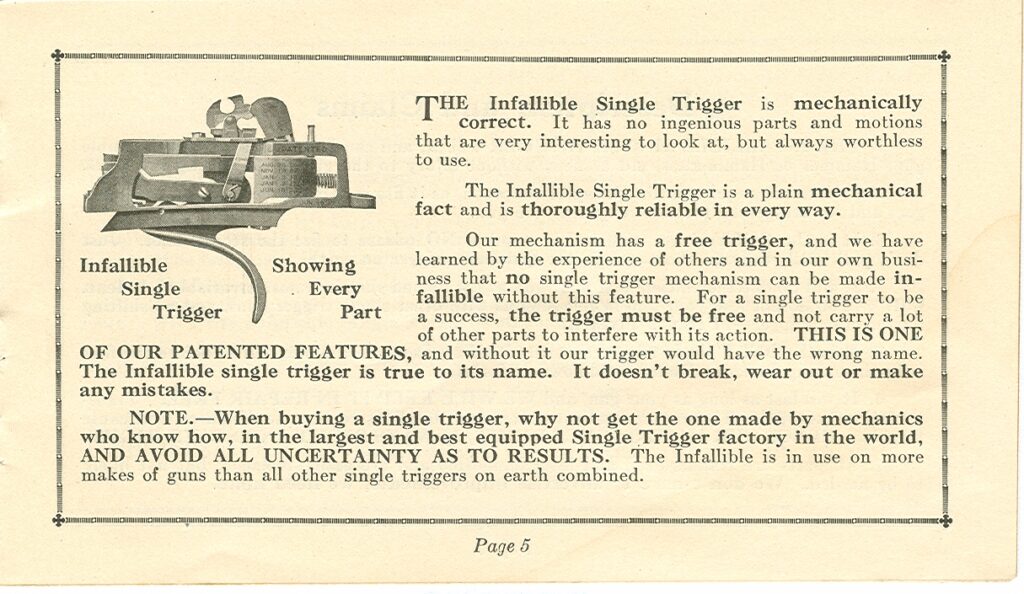 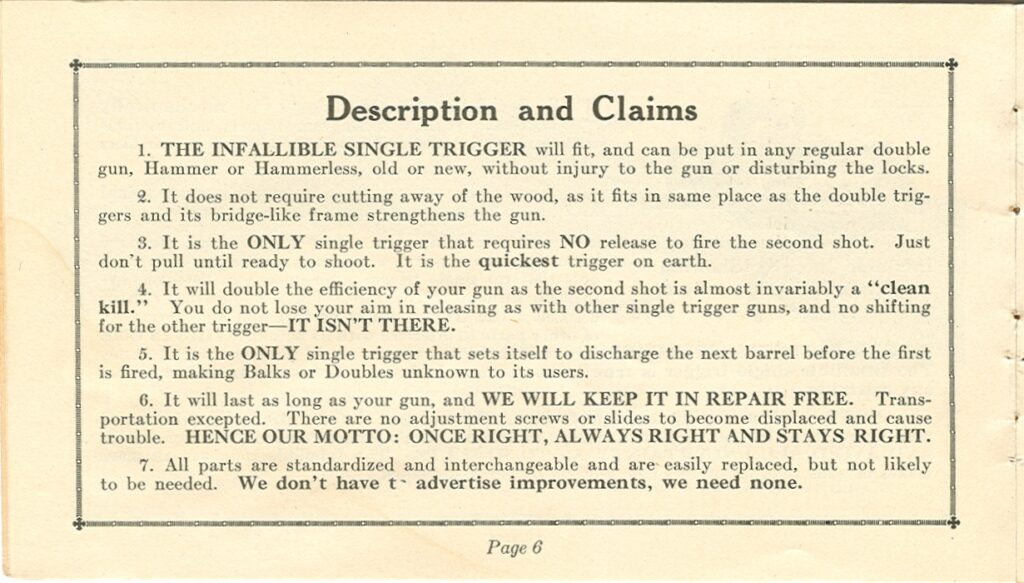 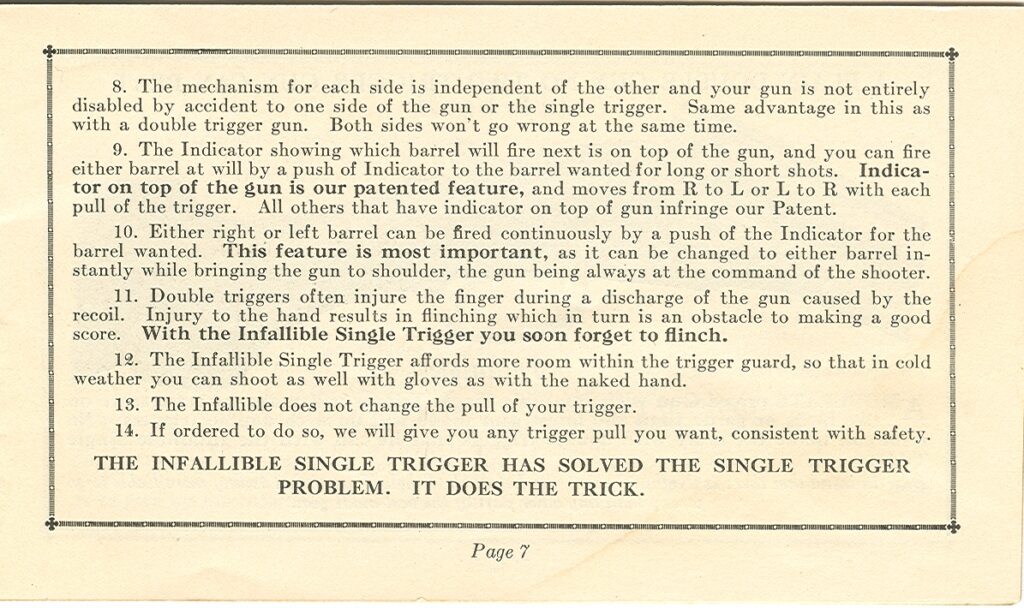 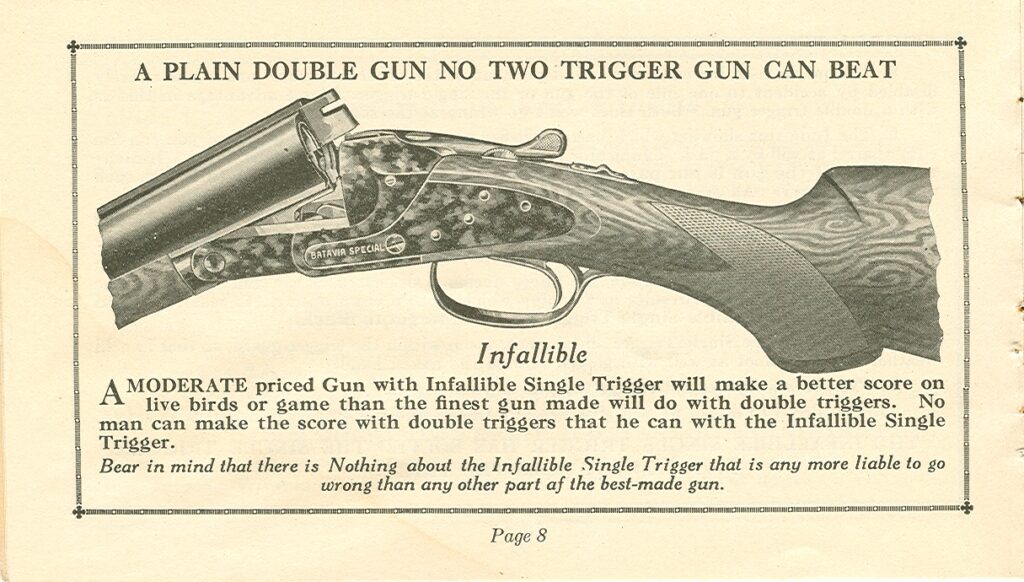 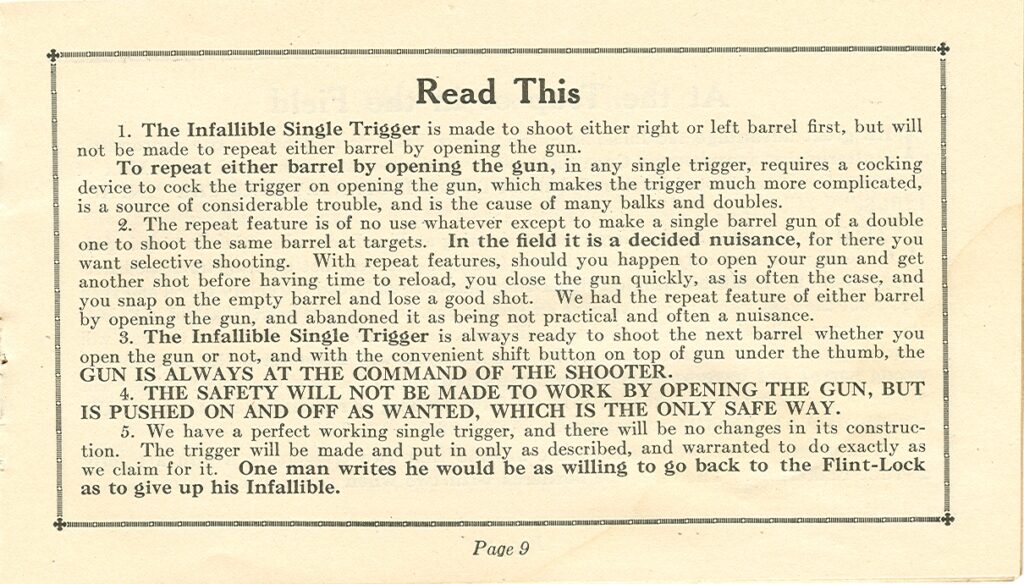 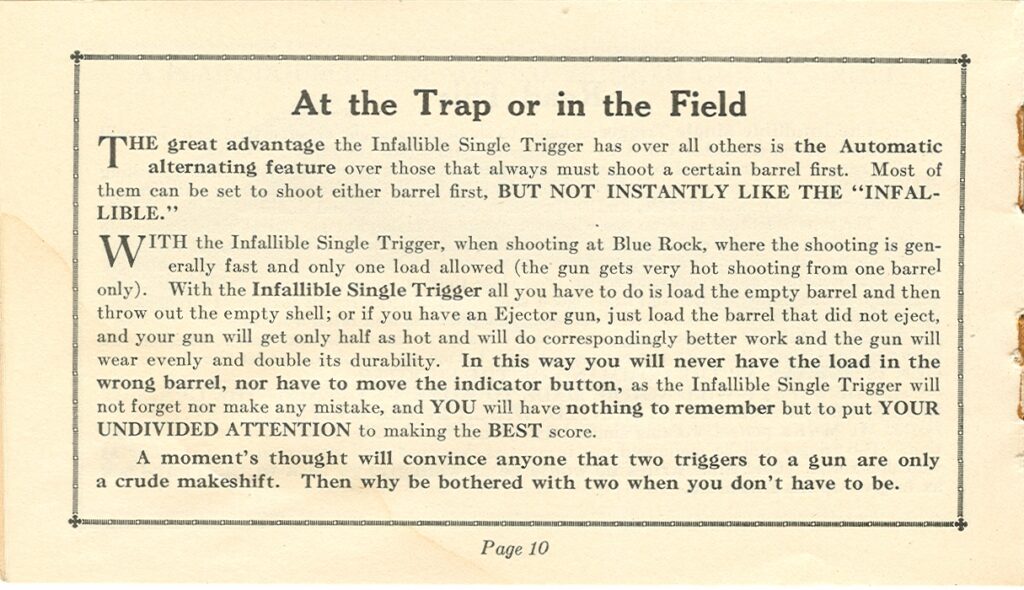 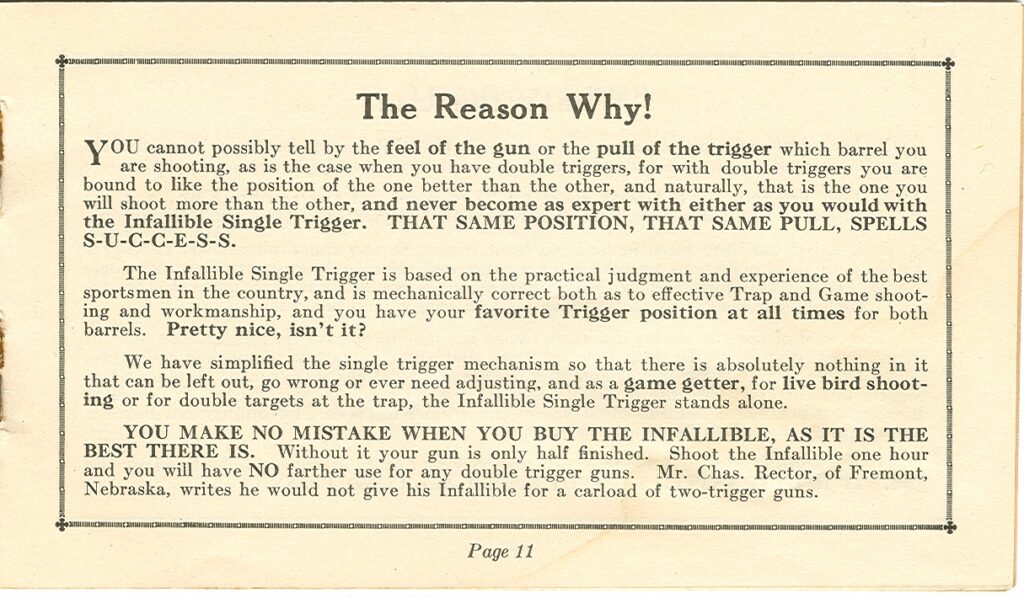 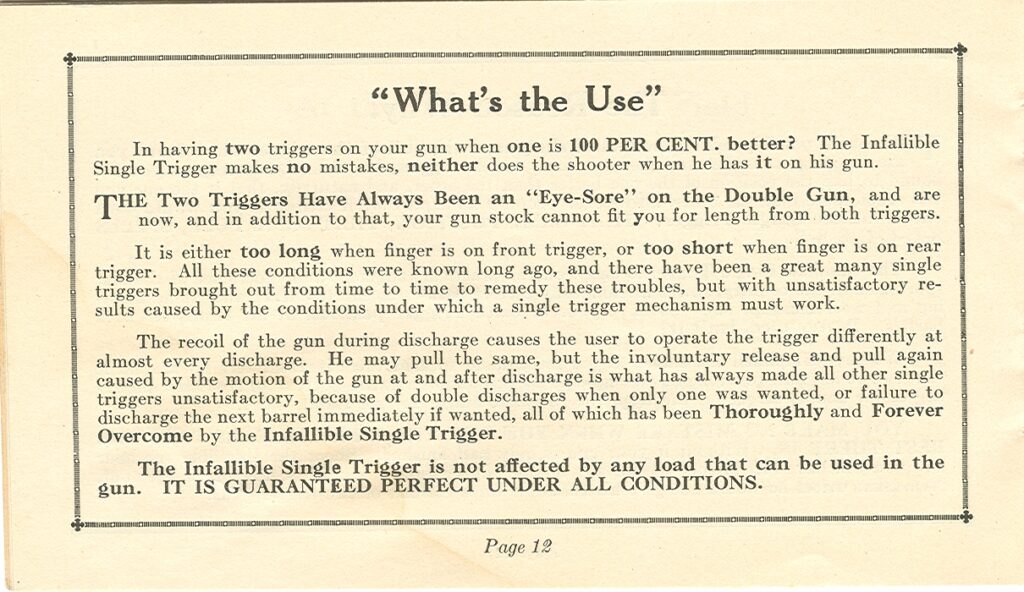 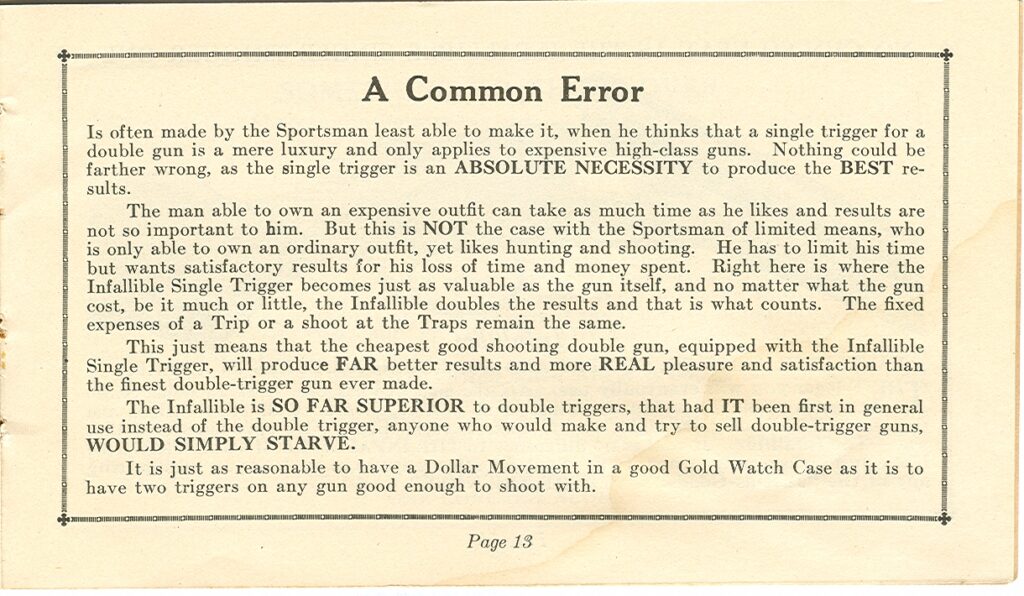 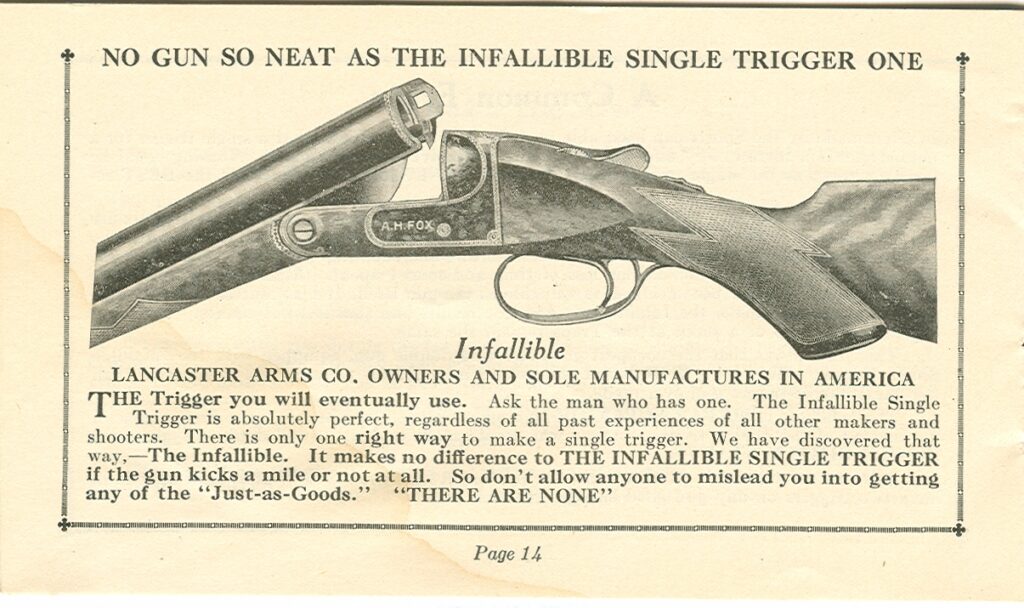 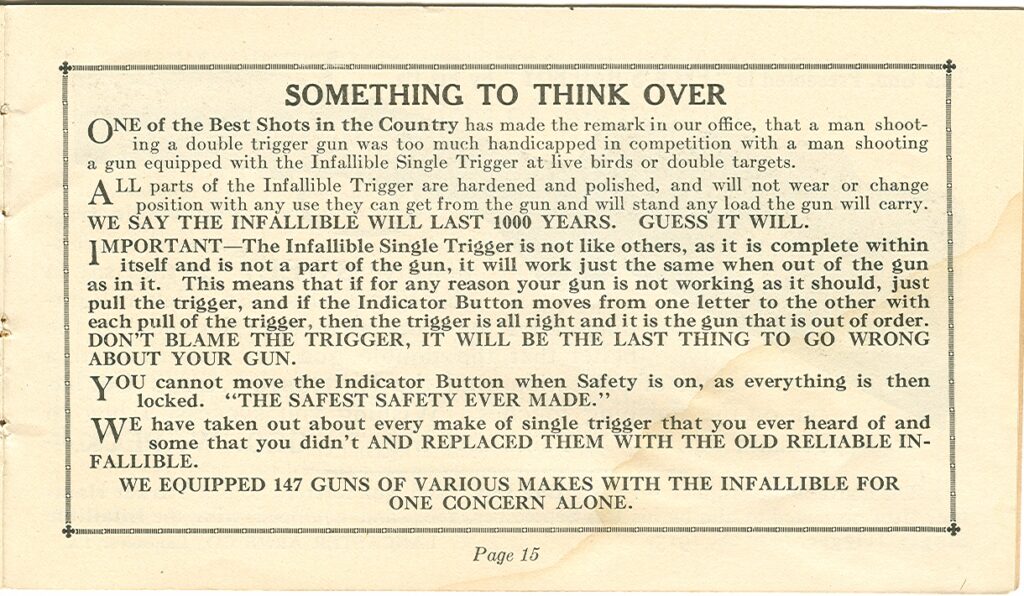 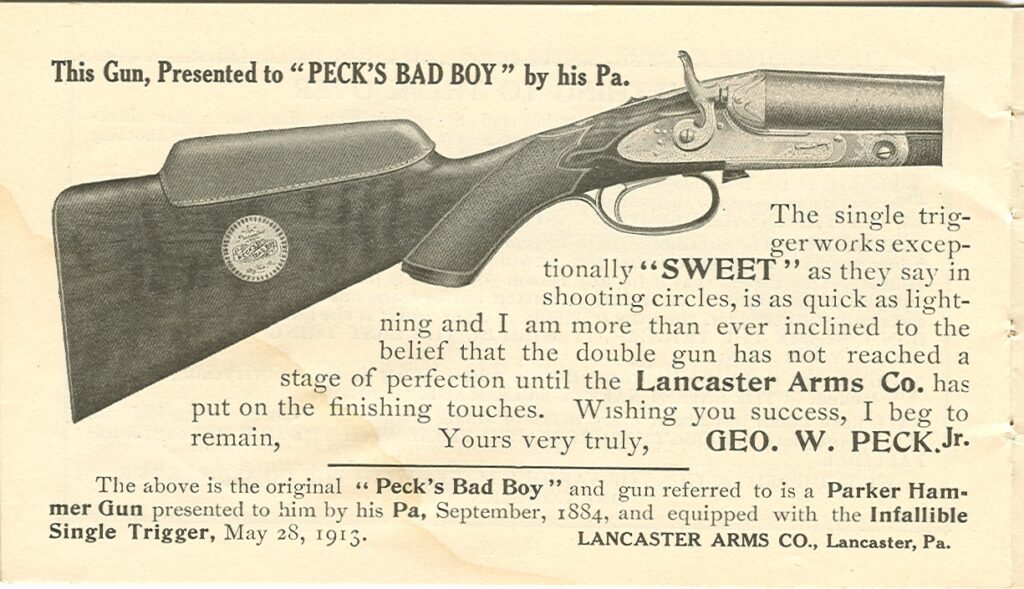 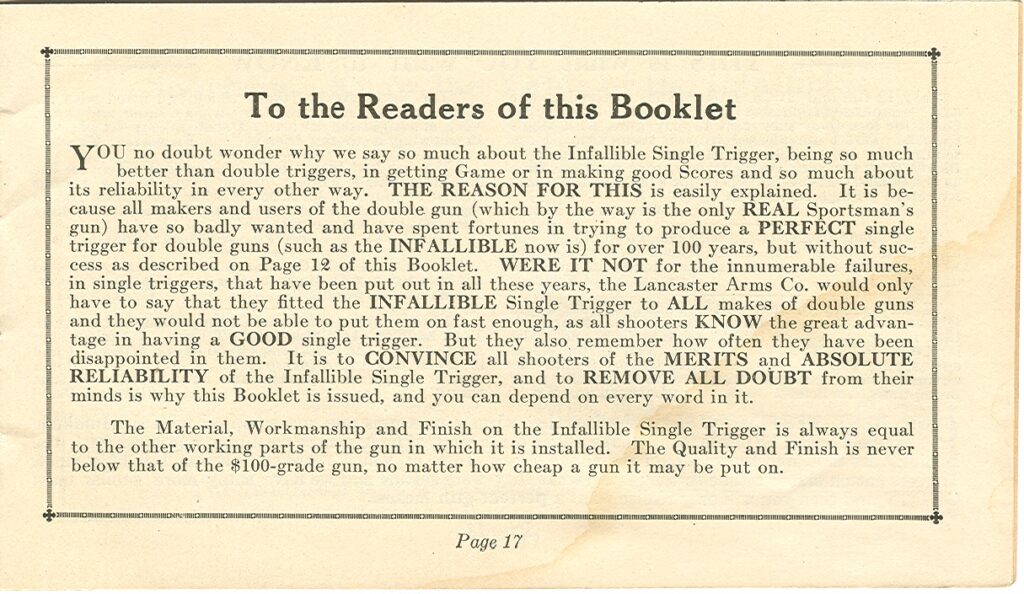 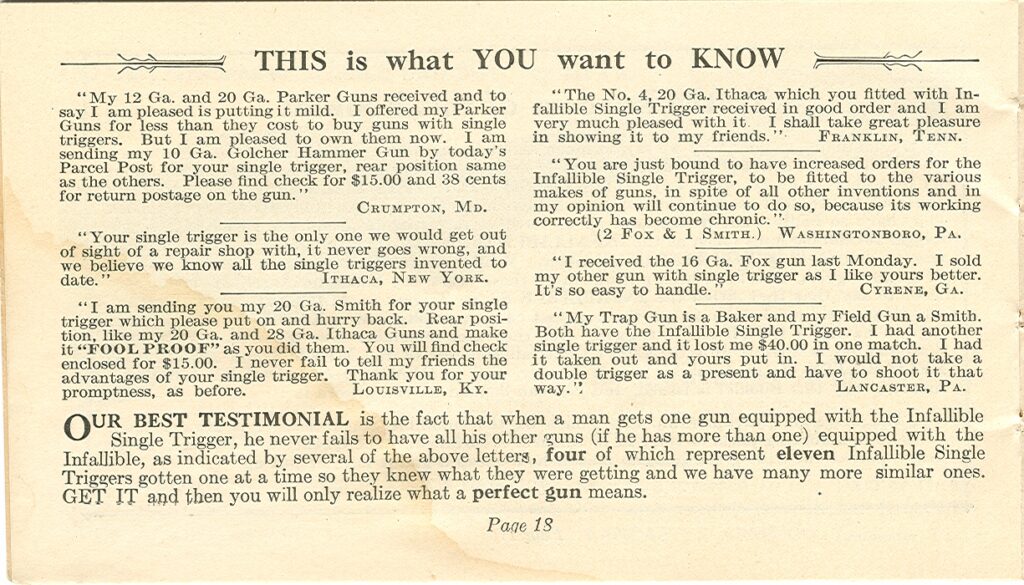 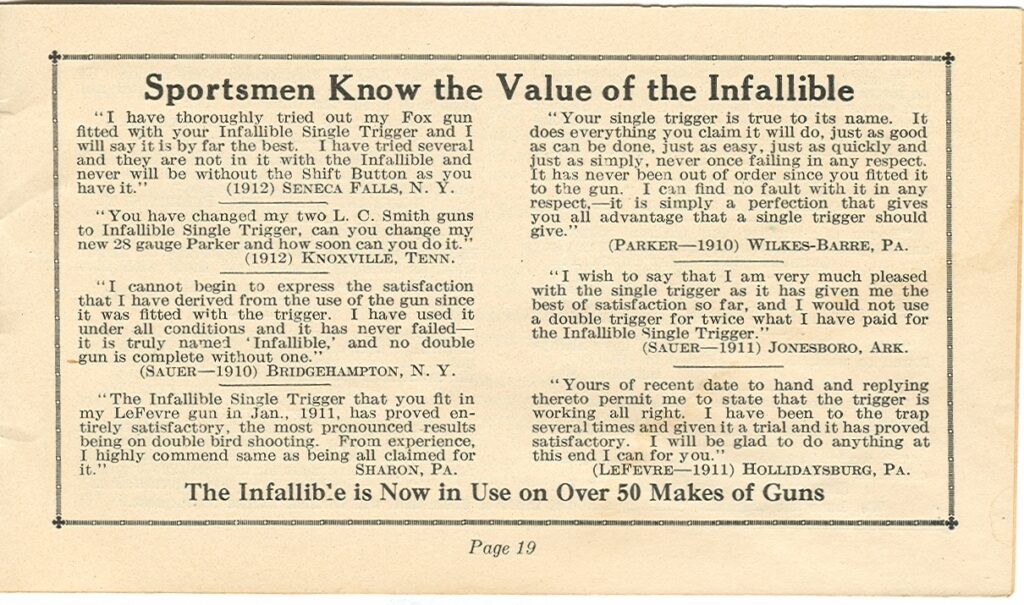 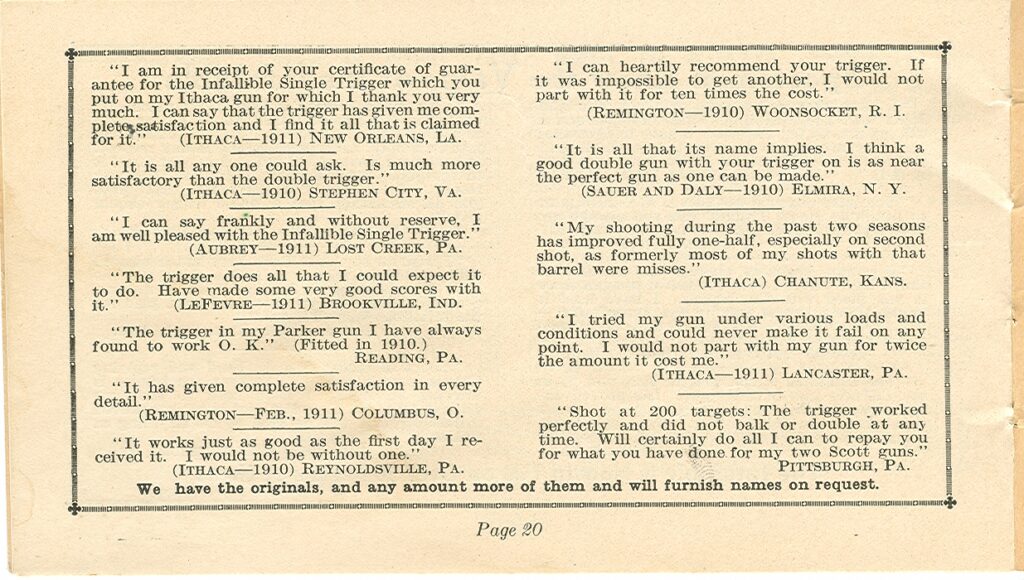 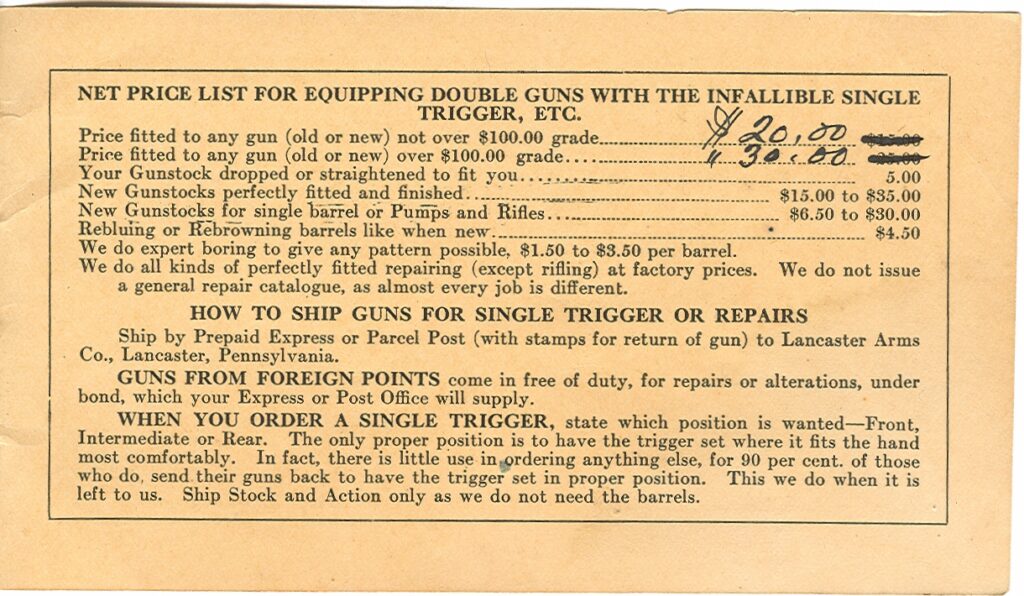