Friedrich Wilhelm Kessler (F-W-K)- (July 26, 1845-Sept. 7, 1919) founded the firm F. W. Kessler- Gewehrfabrik in 1869. They produced a large range of sporting guns. Located at Kleine Bacstrasse 1 they produced a Henry-Martini rifle which was distinquishable by its one piece stock surrounding the action. 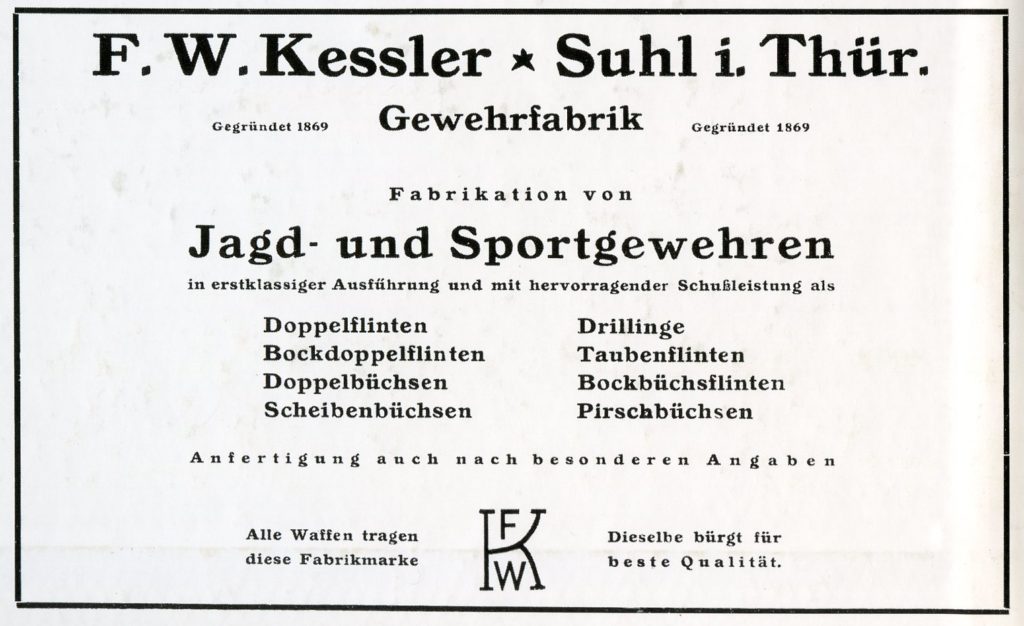 Friedrich W. Kessler was issued four German patents which were- 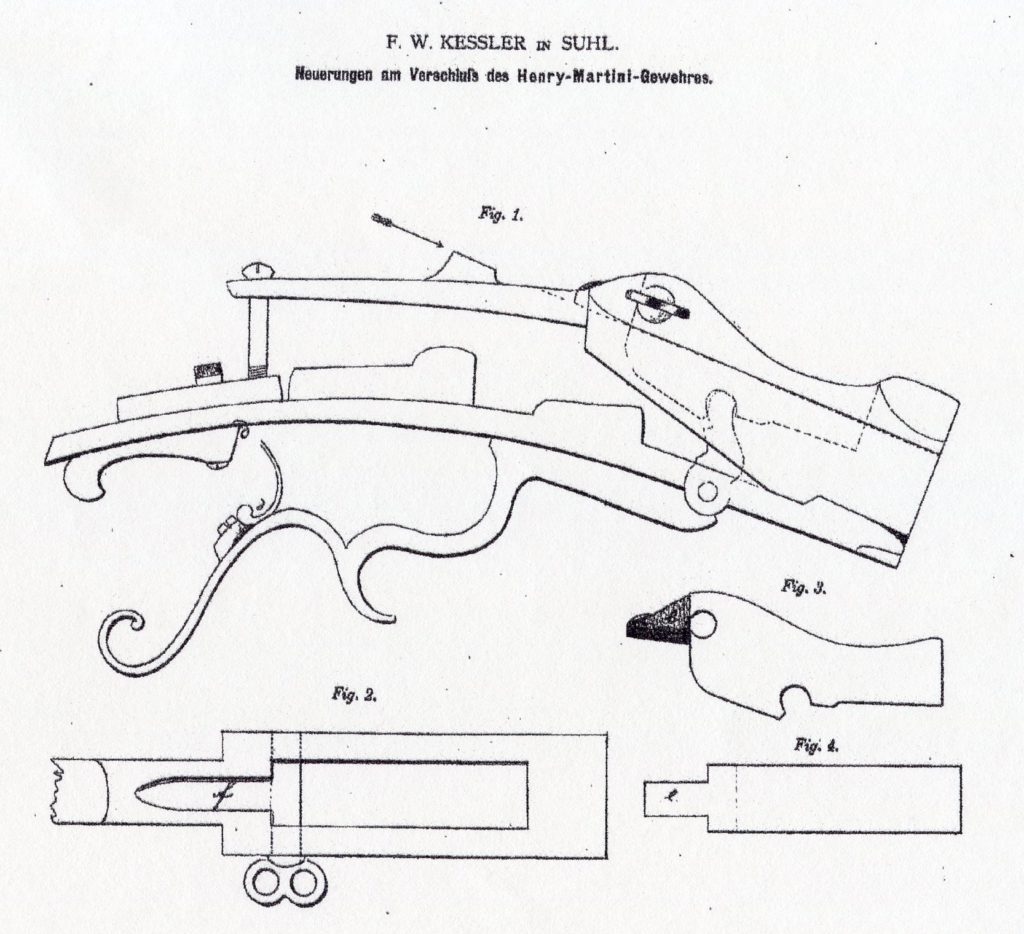 Our friend Axel Pantermühl in Germany has graciously shared two rare images of a cutaway gun from Kessler based on the DRP 13702. A very interesting pair of images. 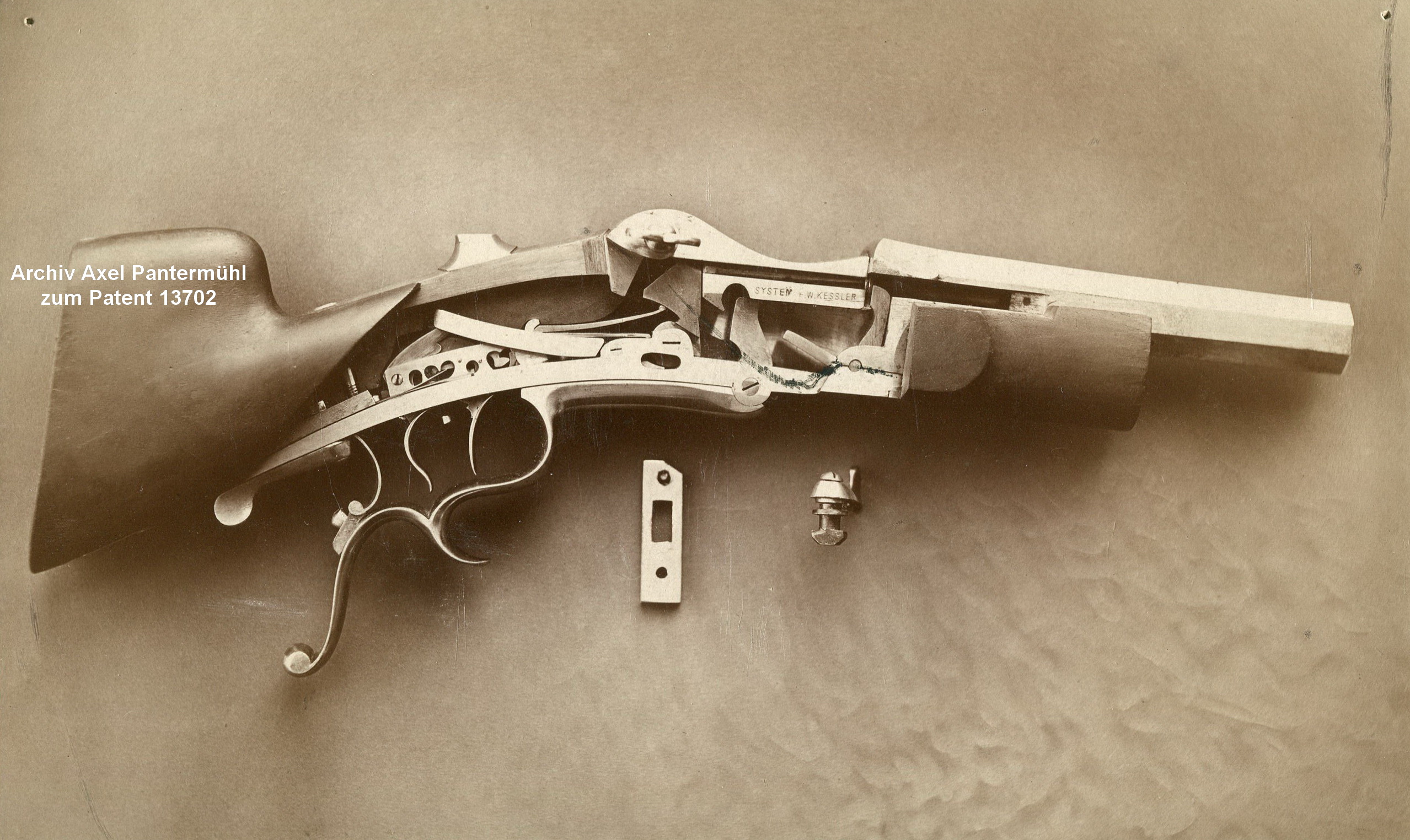 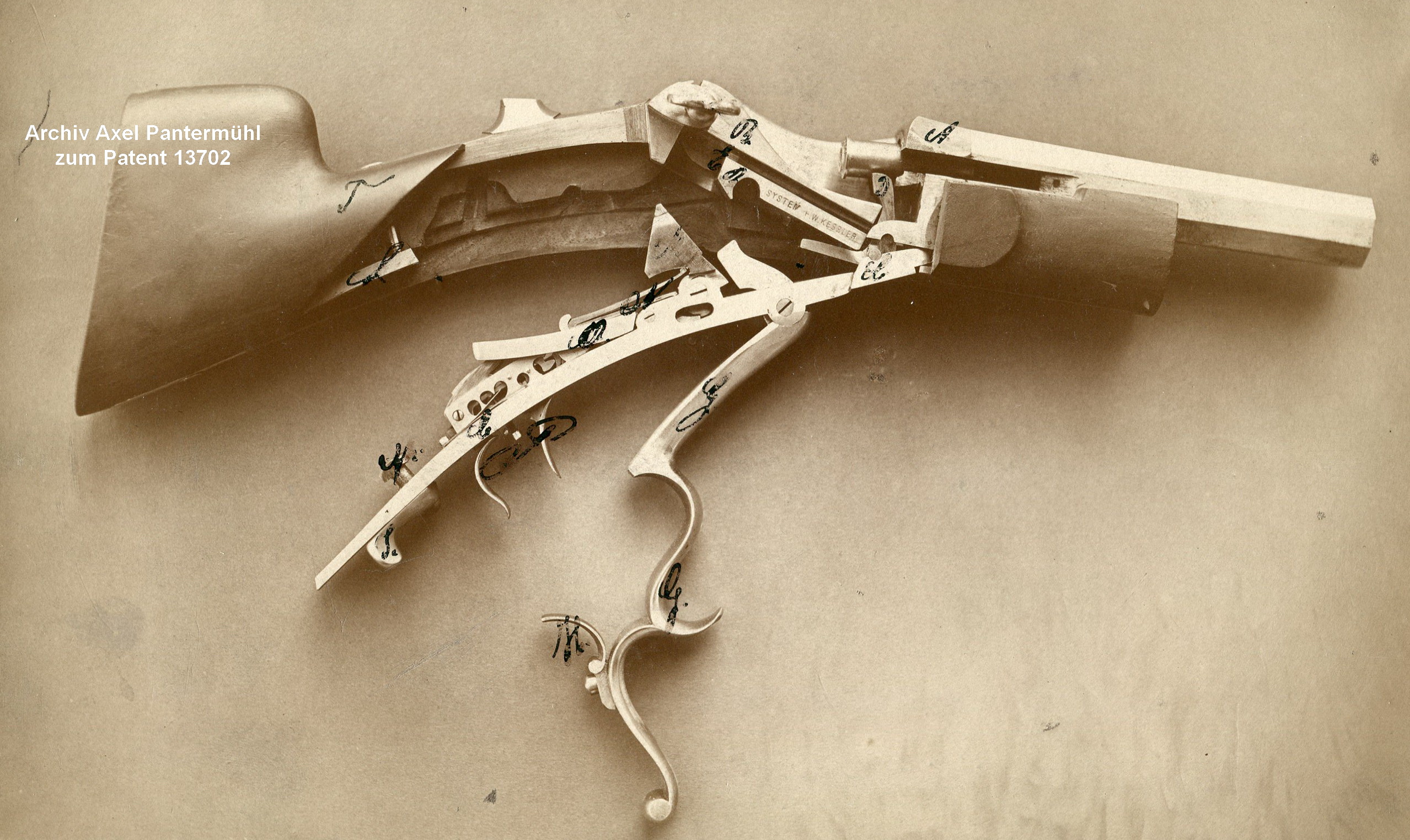 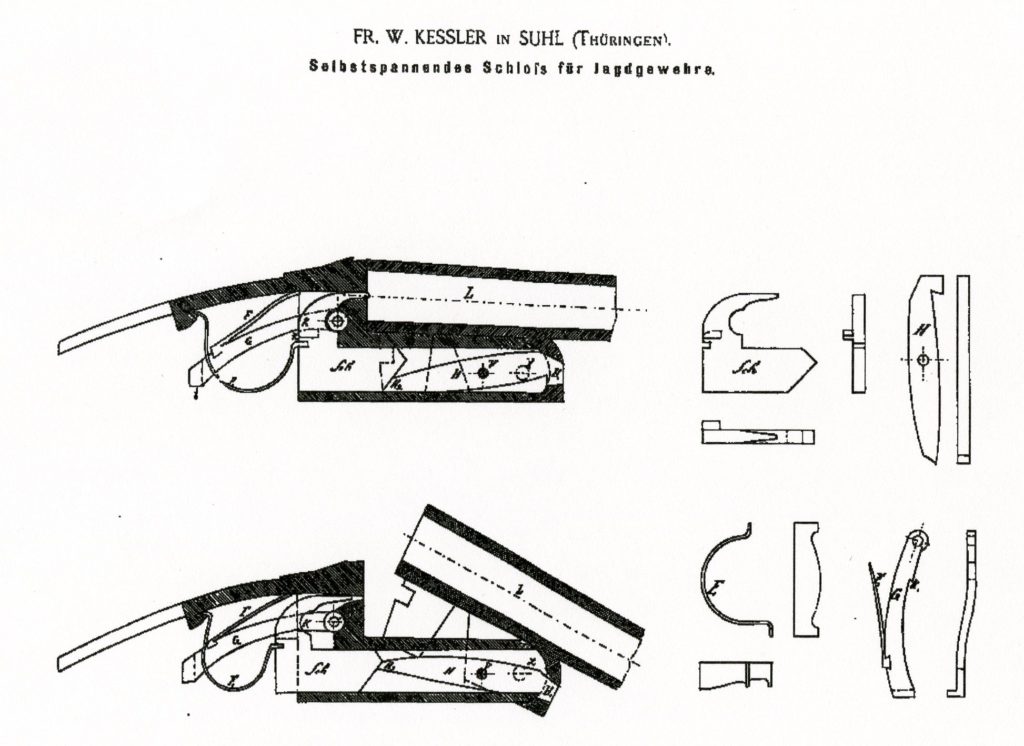 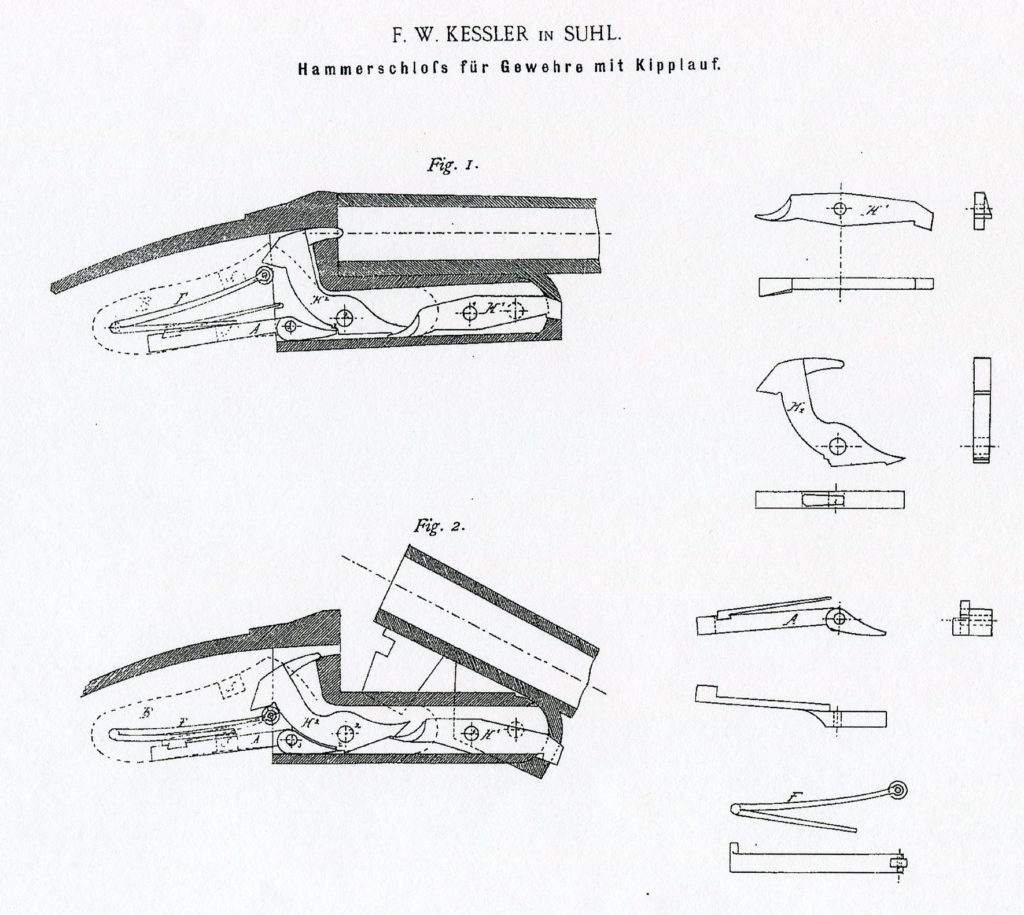 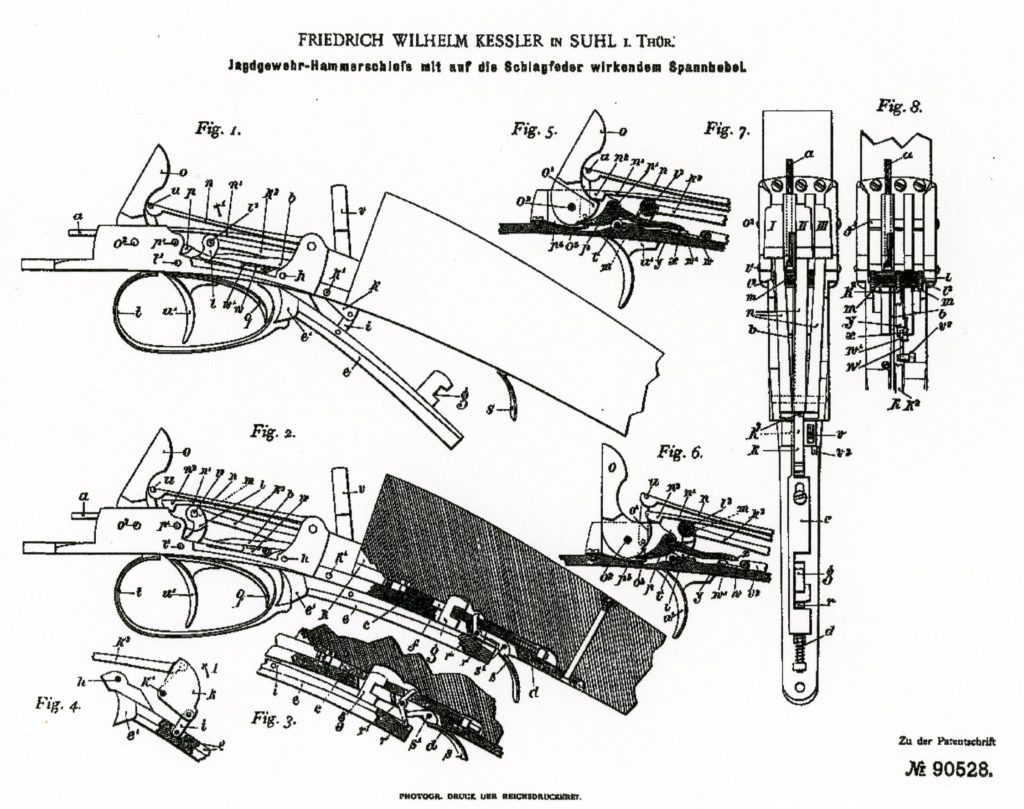 The following  F. W. Kessler catalog was kindly made available by our friend Axel Pantermühl in Germany from his extensive archive. Click Here to view the full catalog. 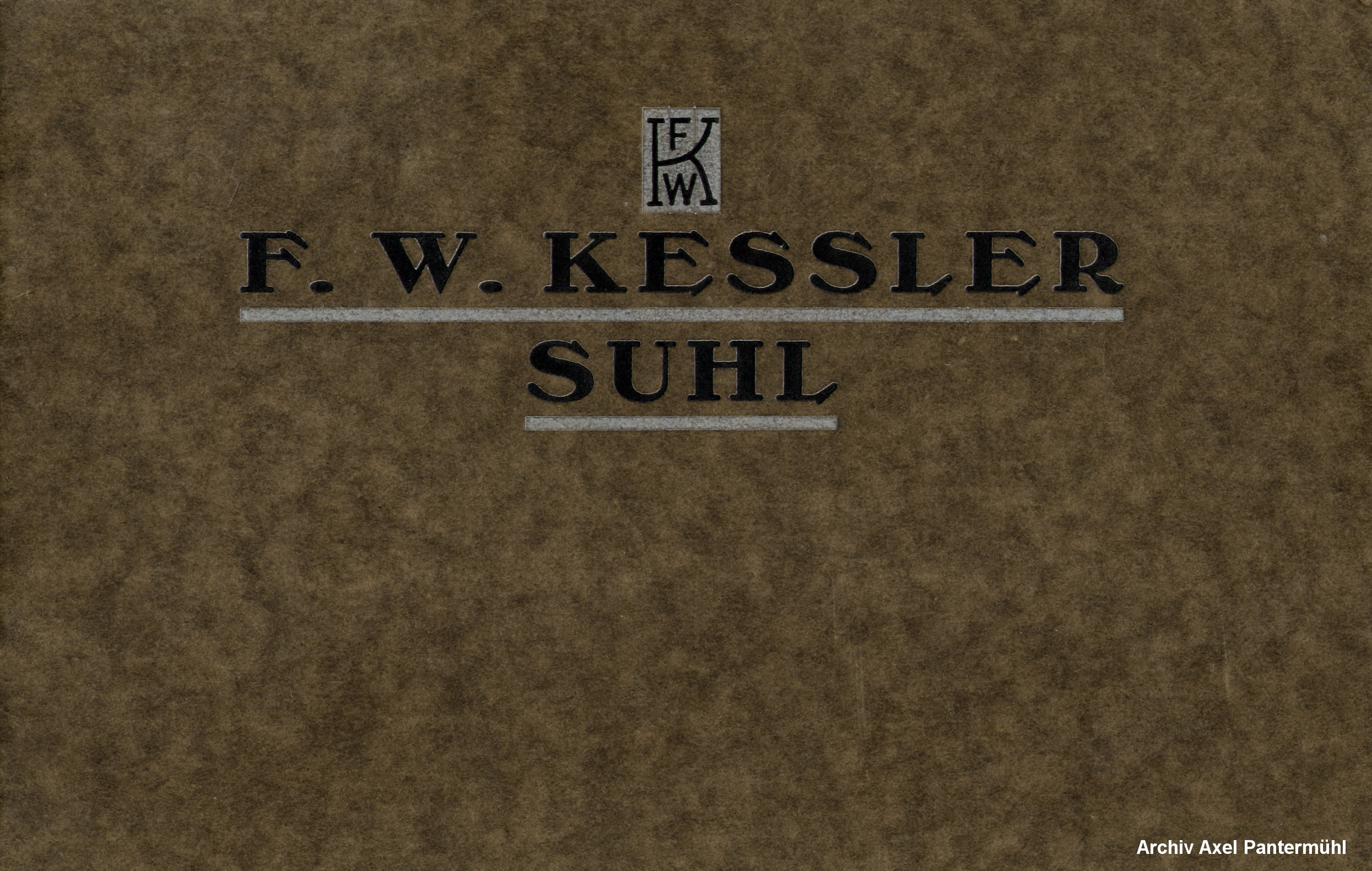 In 2002 Mr. Bill Lewis sent the following pictures of a F. W. Kessler shotgun to Dietrich with a request for more information. The gun is interesting because it is marked as using an action covered by D.R.P. 7142 which was issued to Franz Feist of Sommerschenburg near Wefensleben on Nov. 25, 1879. First I will show the gun which will be followed by the patent. 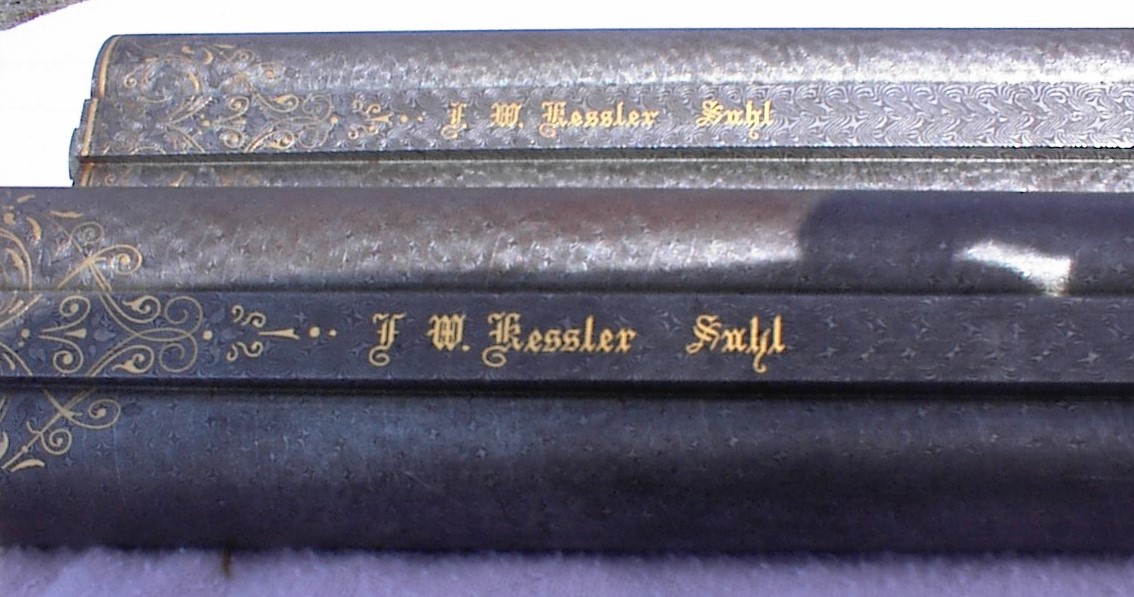 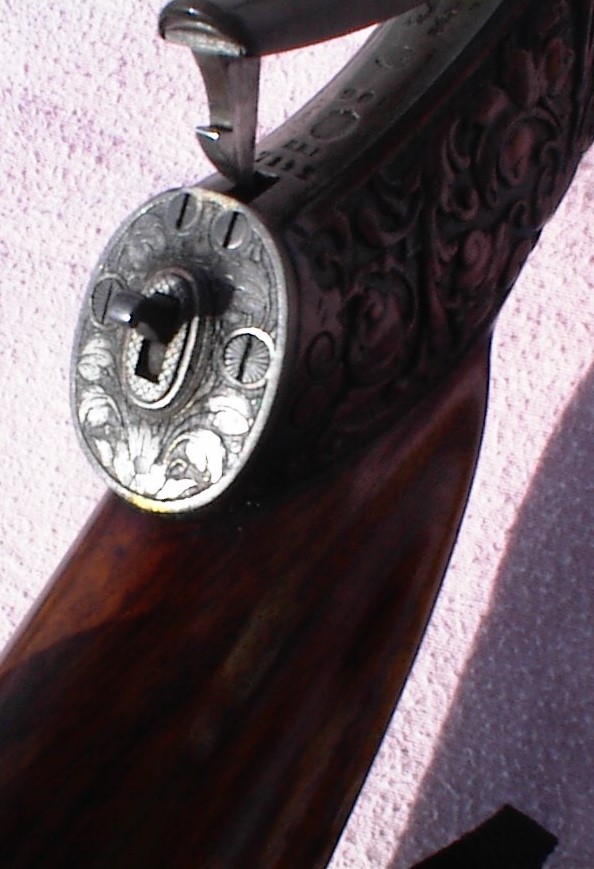 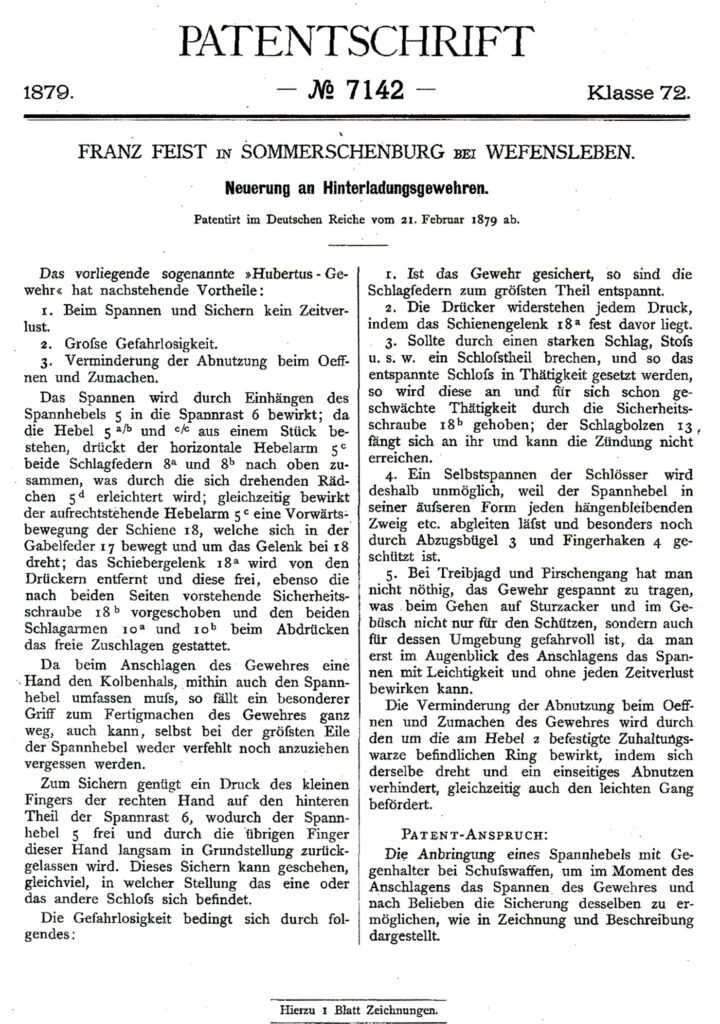 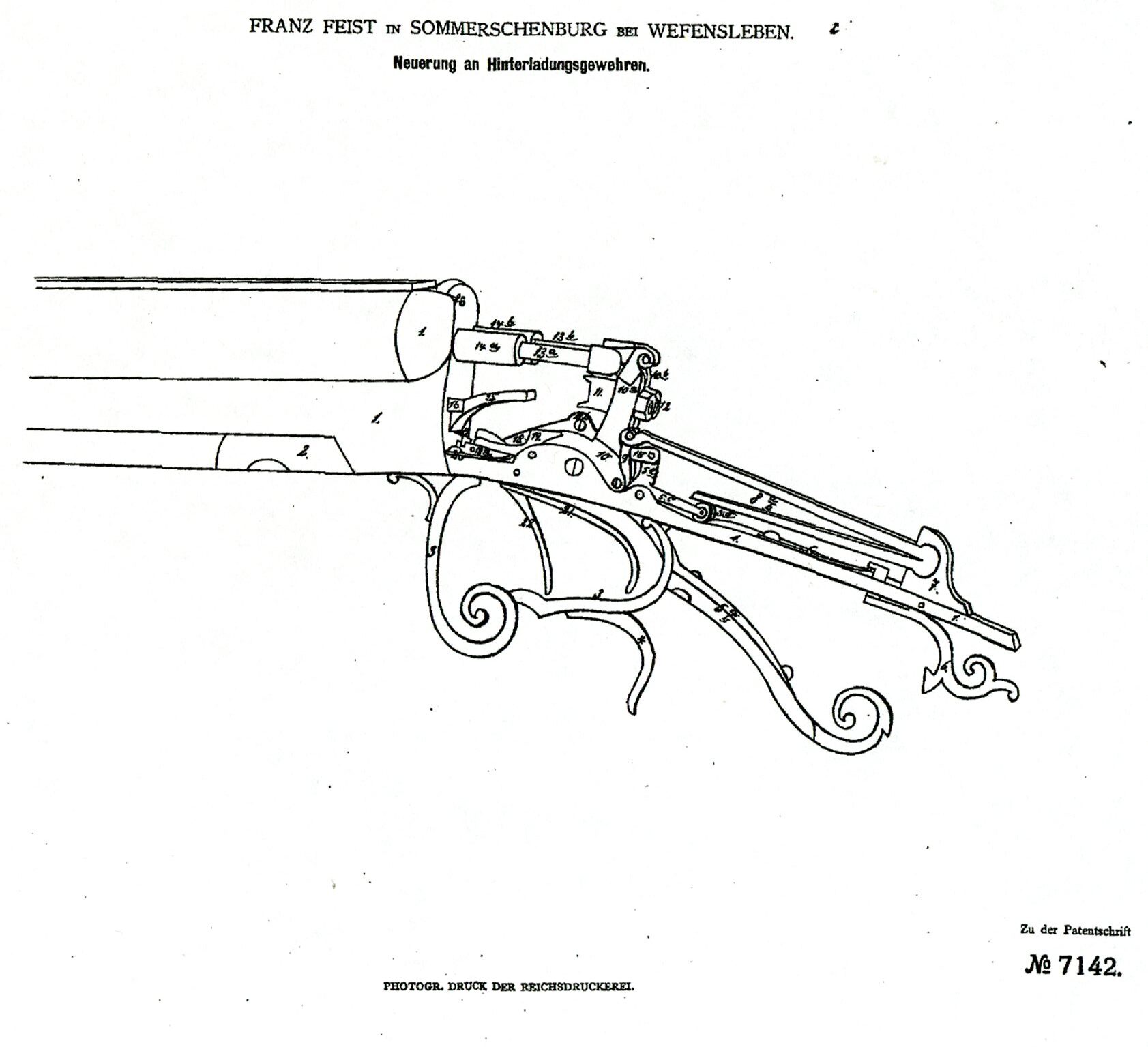 Following are pictures of a side by side shotgun built on patent no. 62231. It does not have a makers name on it but it does have the name of the origional owner- Carl Grünig of Wiesbaden. It is also marked “DRP 62231” on the receiver  water table. 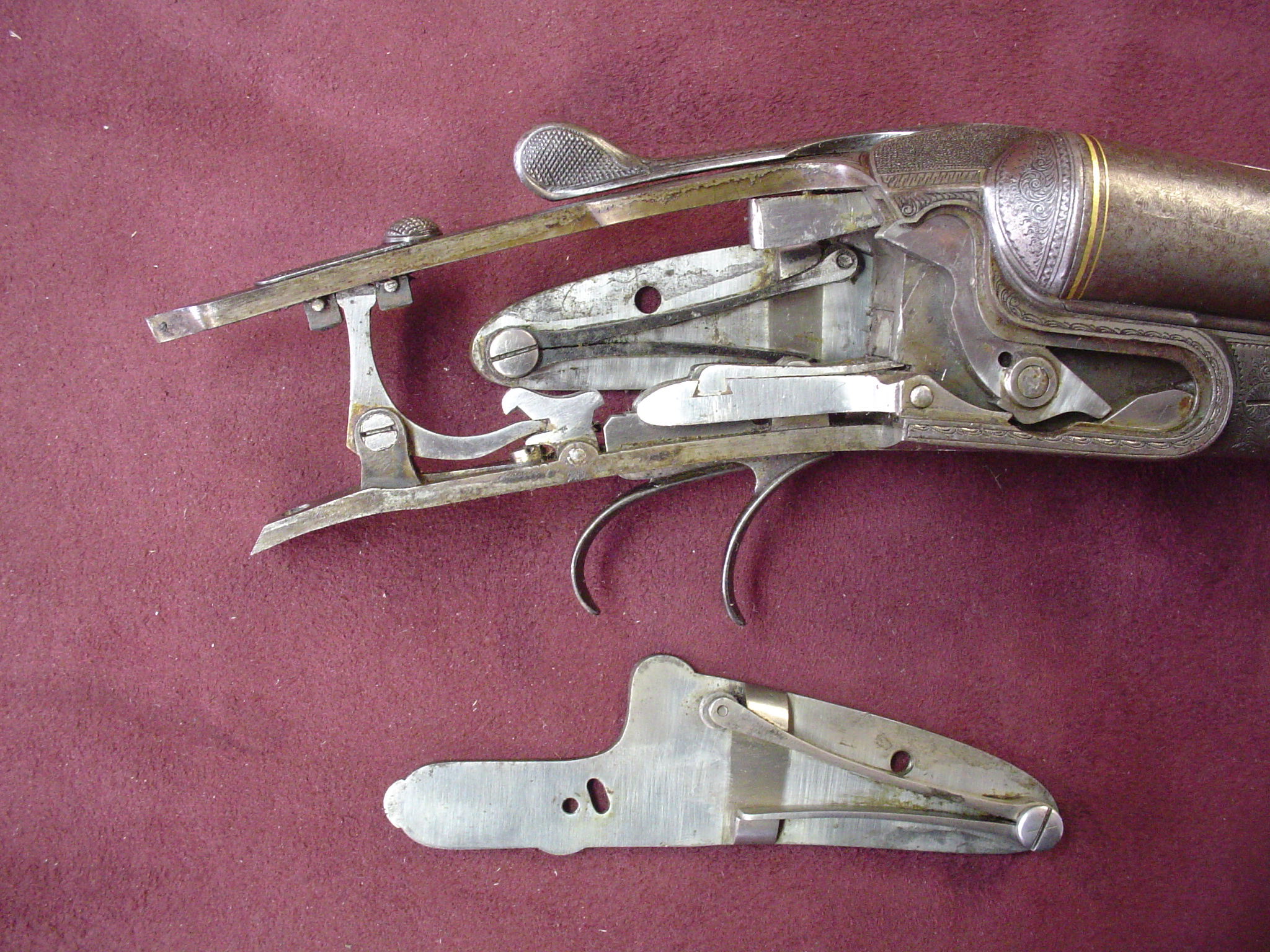 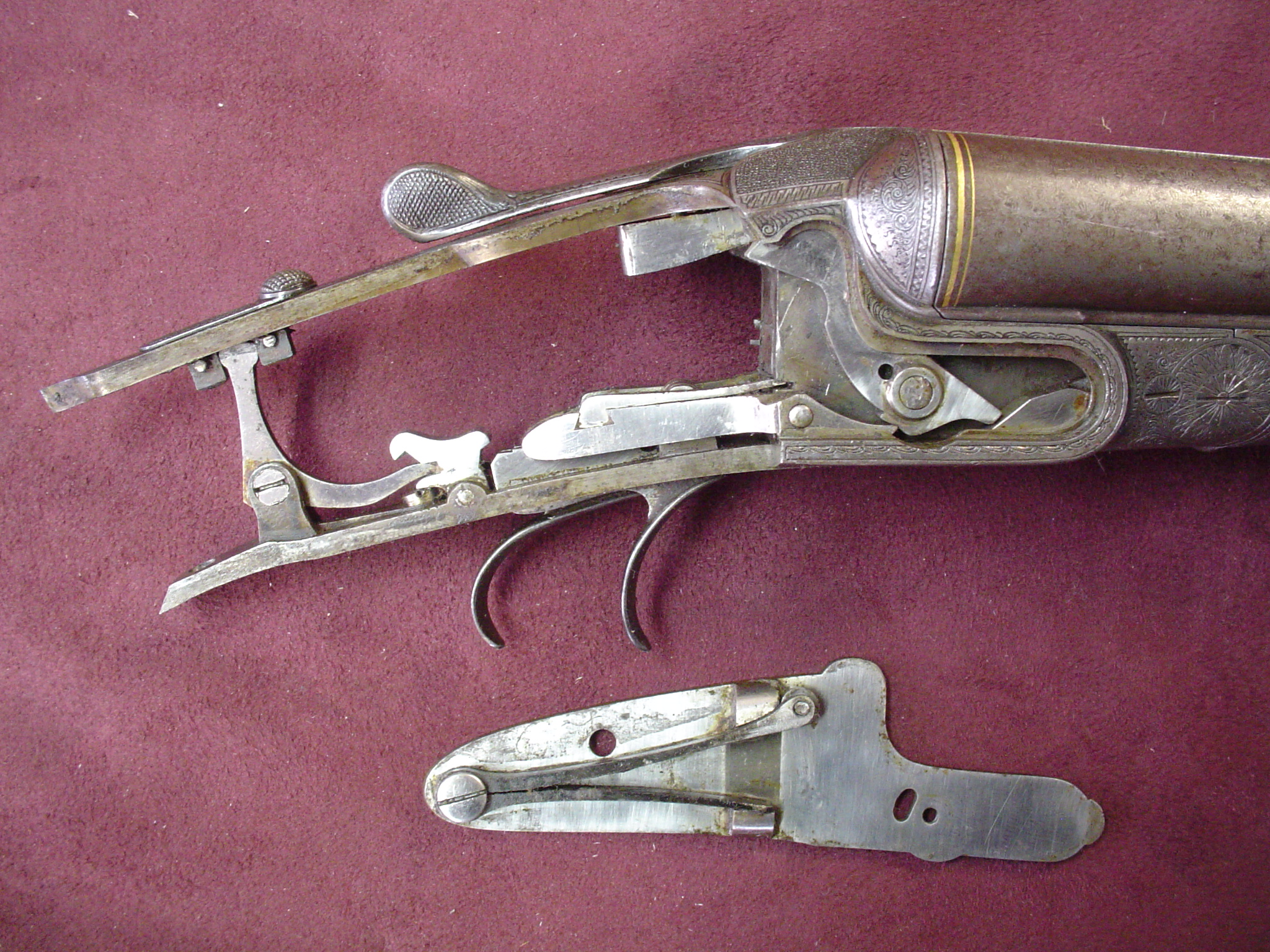 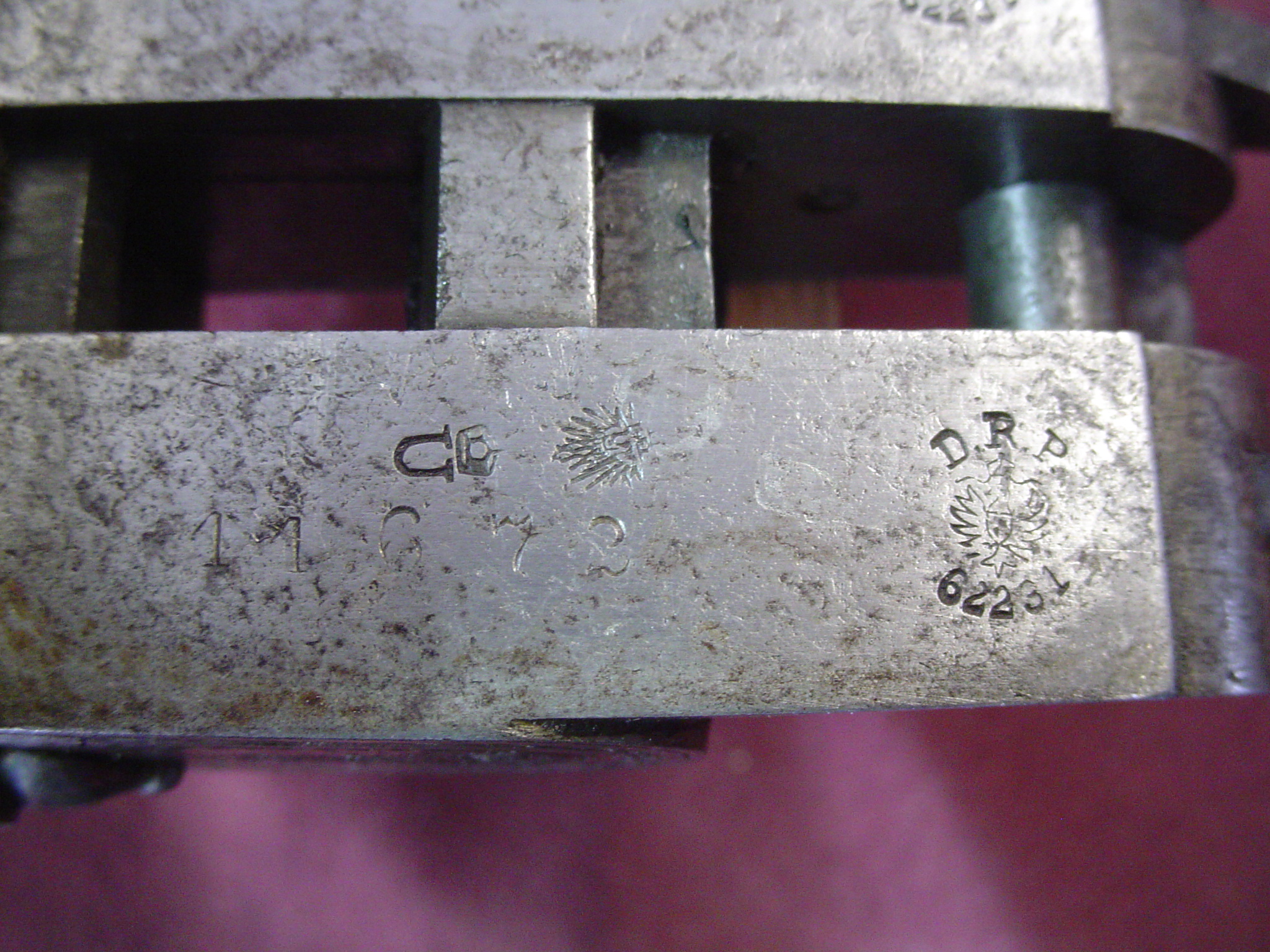 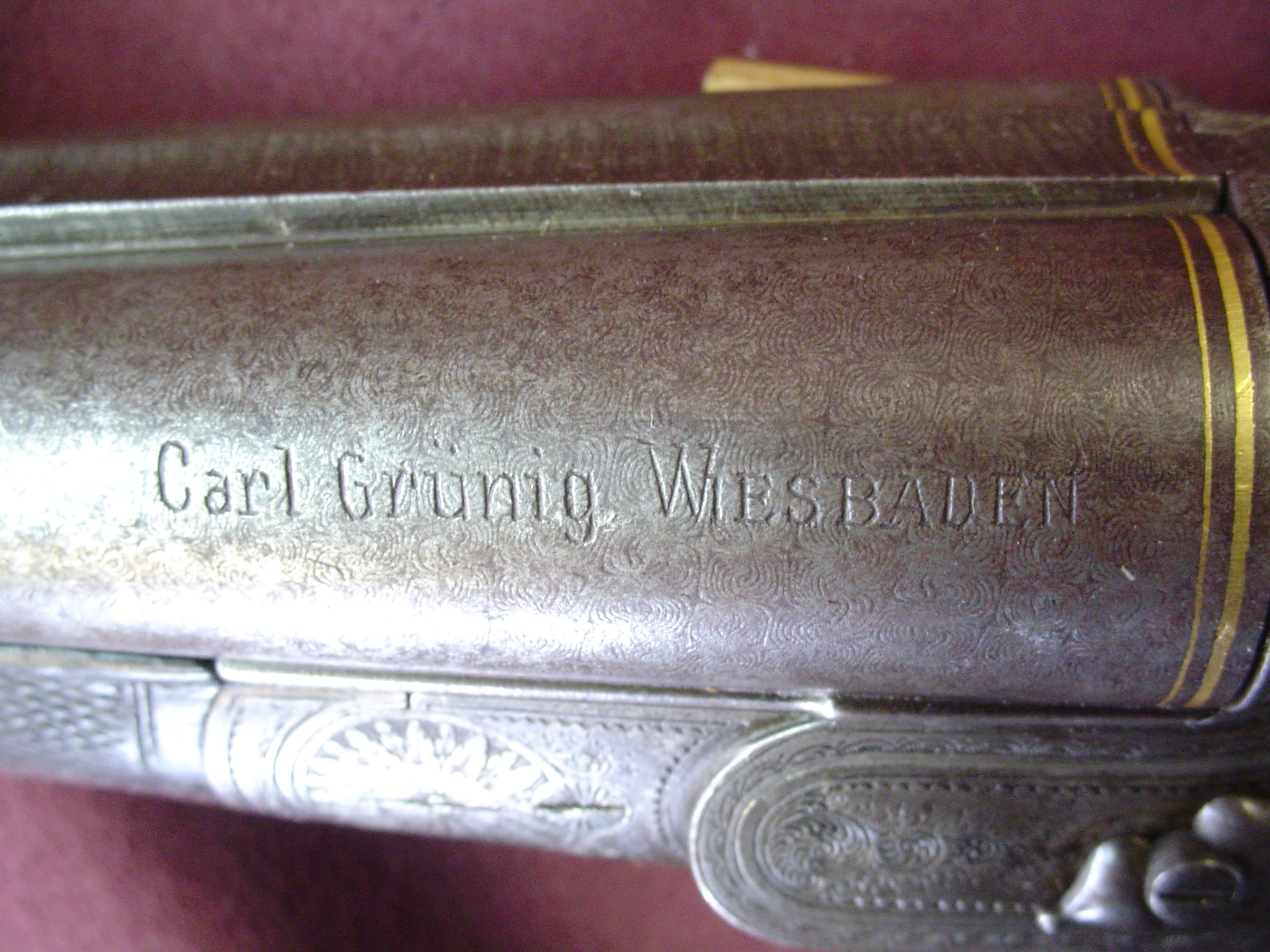 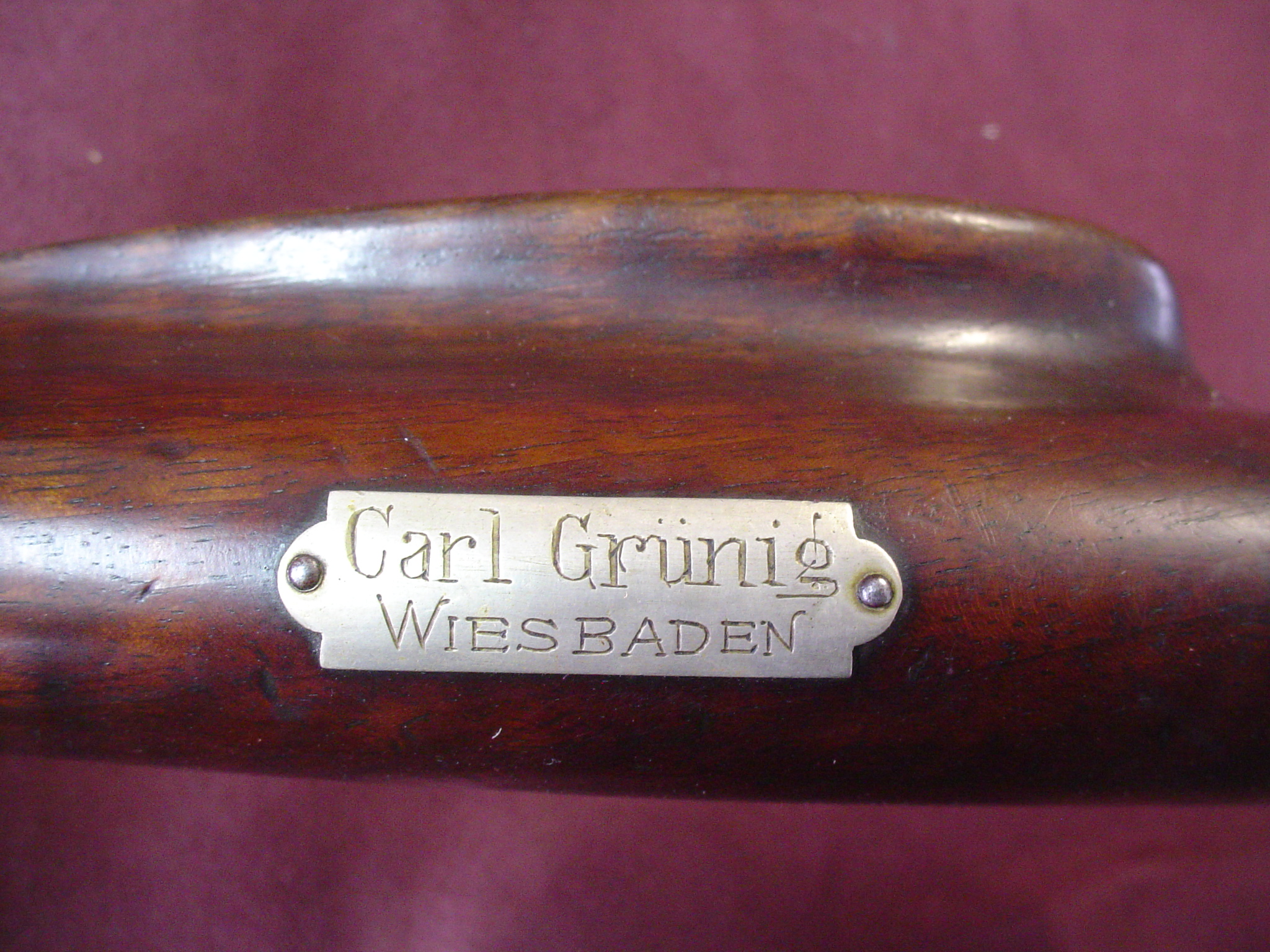 In 1881 Friedrich W. Kessler exhibited in the Gewehre und Industrie Aunstellung where he received a Bronze medal.

Fritz A. Kessler- (1903-1939) a gun parts maker in Suhl in the mid to late 1930’s. Supposedly made shotgun receivers and actions, sights, springs, etc. for other makers, a sub contractor.

Gustav Kessler- a gunmaker in Zella-Mehlis in the mid to late 1920’s.

Kurt Kessler- a gun maker located at Windeweg 7 in Suhl in the mid to late 1930’s.

Otto Kessler- A master stock maker in Zella-Mehlis near Suhl in the mid and late 1930’s. His address was Anspelstrasse 18.