This page is dedicated to all of the people in Germany who welcomed the GGCA tour groups into their homes and business’ and made our visits more enjoyable. Also the people who have contributed and supported the GGCA over the years with their time and knowledge. We thank them for their hospitality.

The first hosts that I would like to introduce to you are Rainer and Elisabeth Rockenstein of Suhl. They have always been very supportive of the German Gun Collectors Association and are very gracious hosts. When the GGCA tours came to Suhl they took time off from their busy schedules to be tour guides and also feed and entertained us  at their home. I will always be thankful for their hospitality.


The second couple I would like to introduce you to are Max and Evelyn Ern from Leverkusen on the outskirts of Cologne. Max is one of the finest gun makers in Germany today and Evelyn is an engraver of the highest order. They not only welcomed us into their shops and store but took us to see the famous Altenberg Cathedral and on the way pointed out the Castle that is the home of Hubertus Prinz zu Sayn-Wittgenstein-Berleberg. Then they took us up into the hills to the beautiful home of the forester Dieter Artz and his wife Karen where we enjoyed a lunch truly fit for a king. We dined on a variety of wild game meats, cheeses, senfgerkins, and hard boiled quals eggs from birds they raise specifically for that purpose. And of course for liquid refreshment there were the fine German beers. Dieter is the Forester on the estate of the Prince and after our meal he took us to an area where we could watch Fallow Deer, Mouflon and wild boar feeding on chestnuts in their natural setting. I give a most heart felt Thank You to Max and Evelyn for a wonderful day spent in their company.

To read more about Max and Evelyn and their work and to see more pictures click Here. 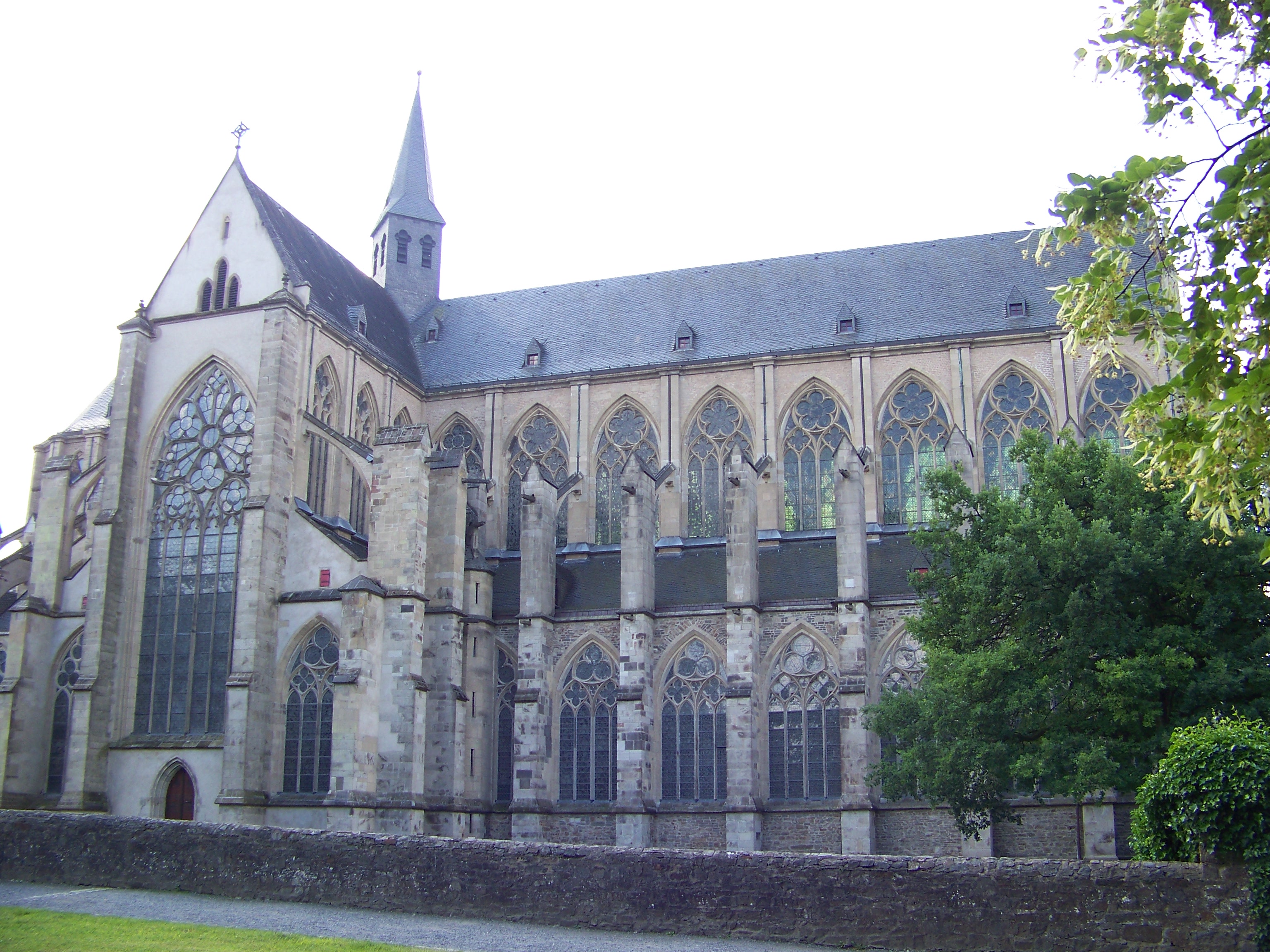 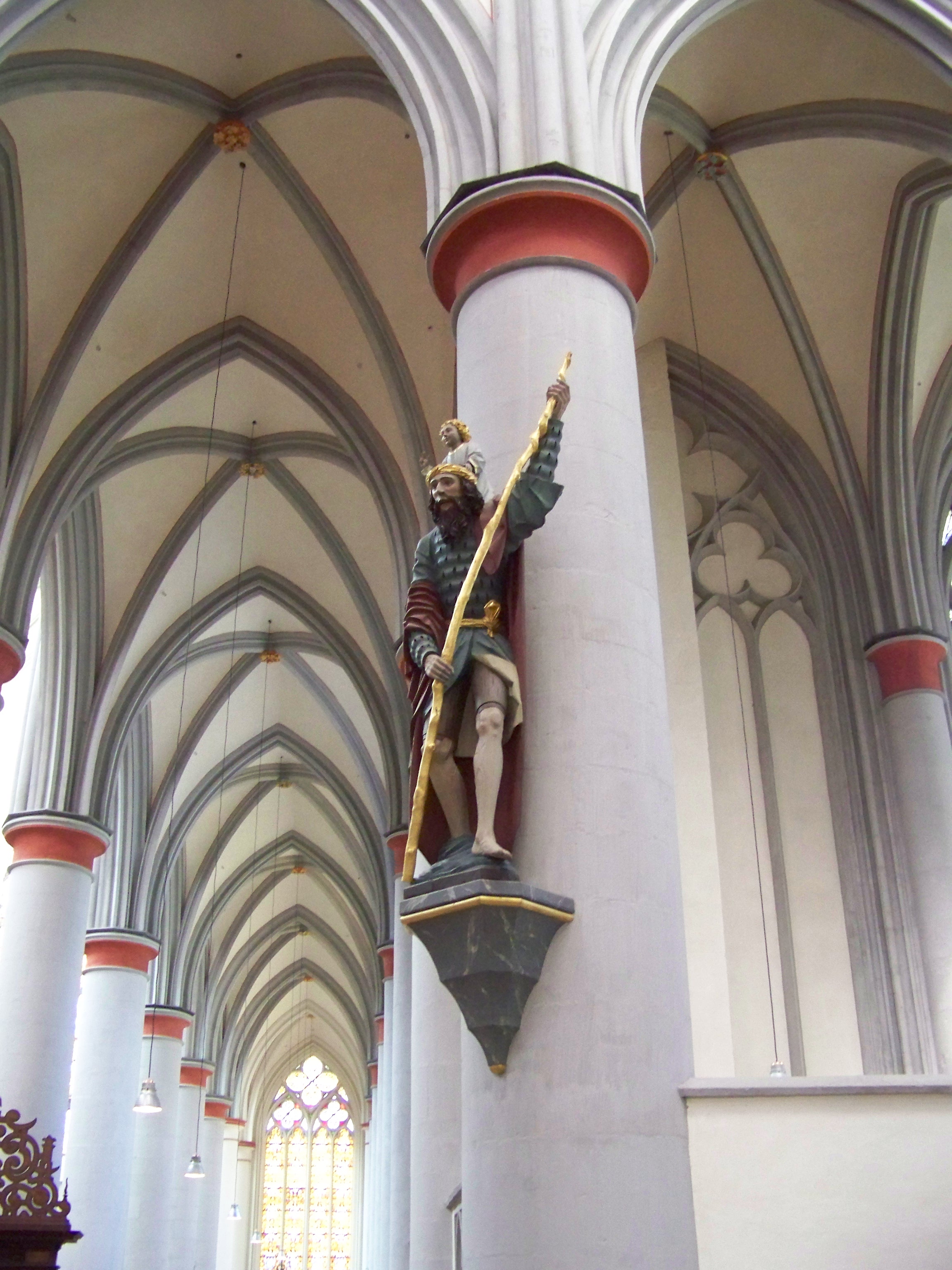 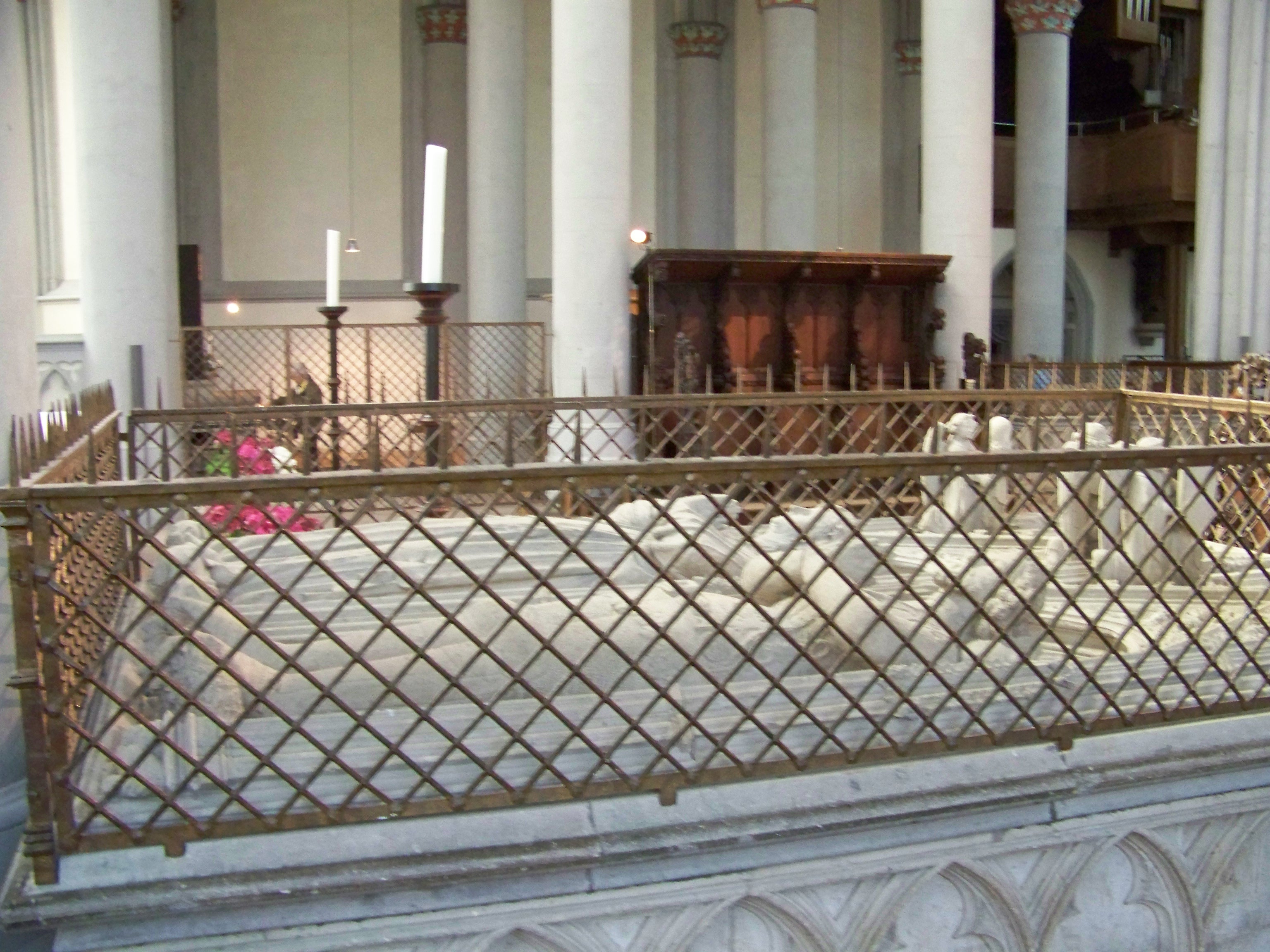 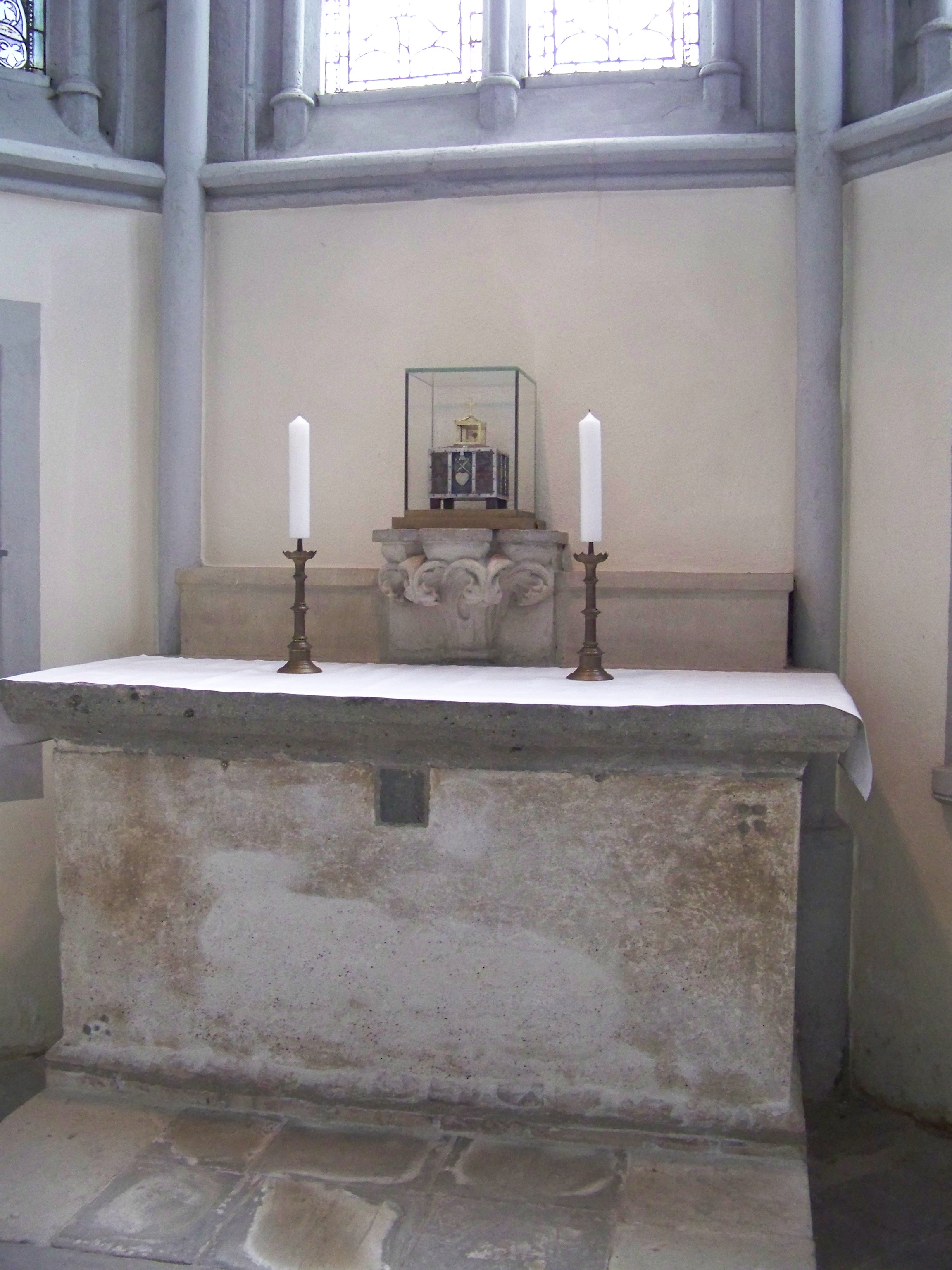 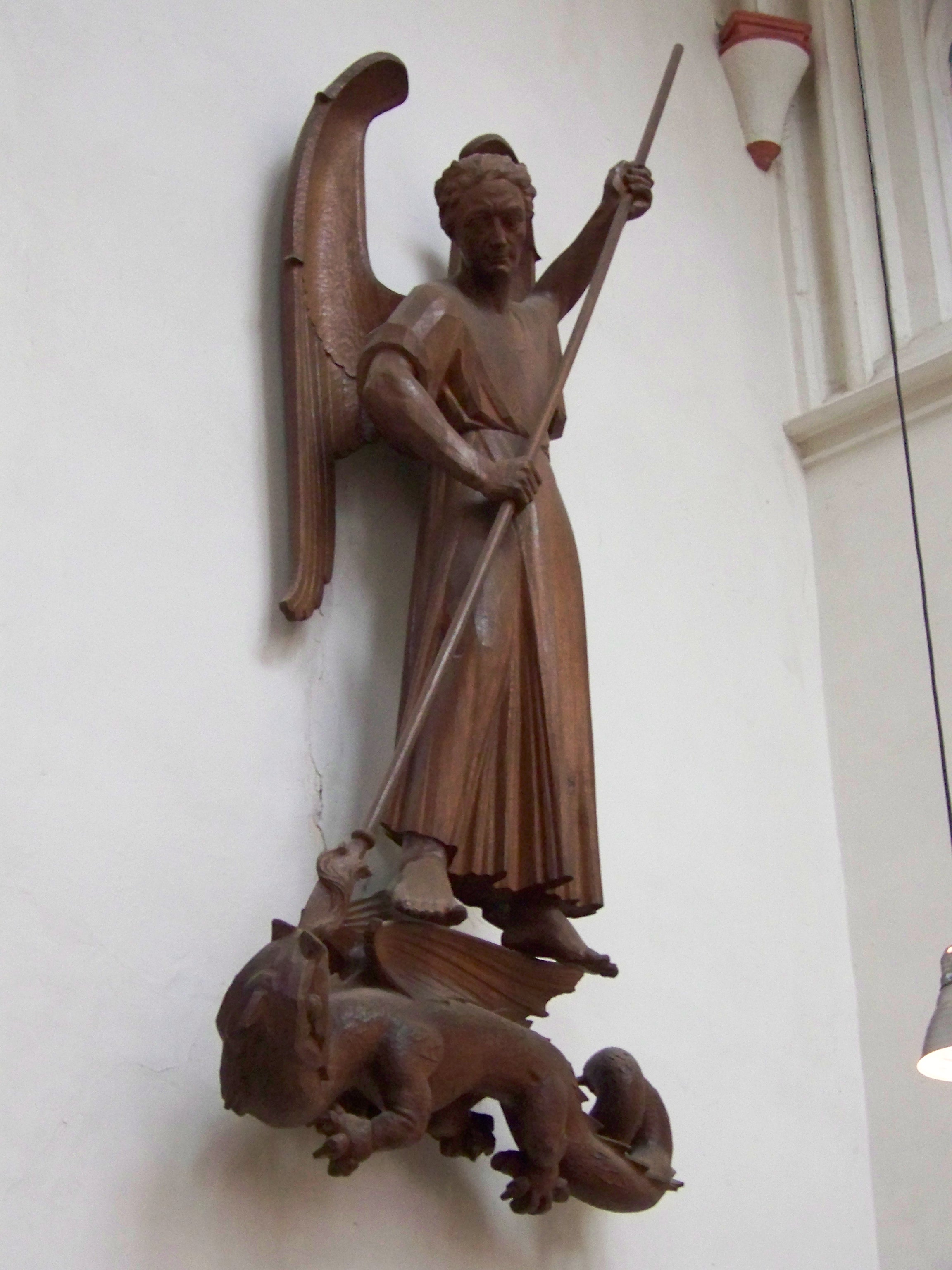 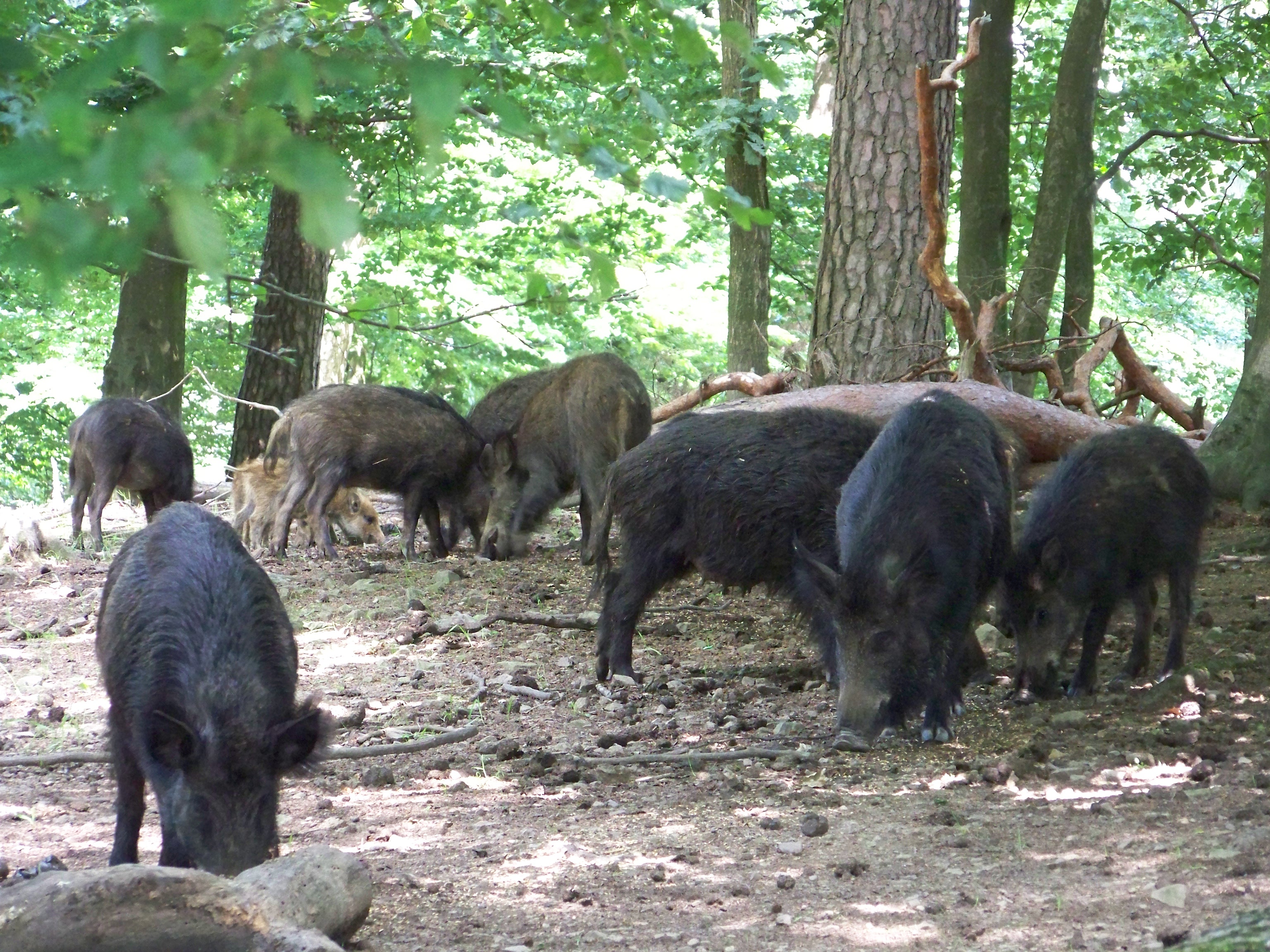 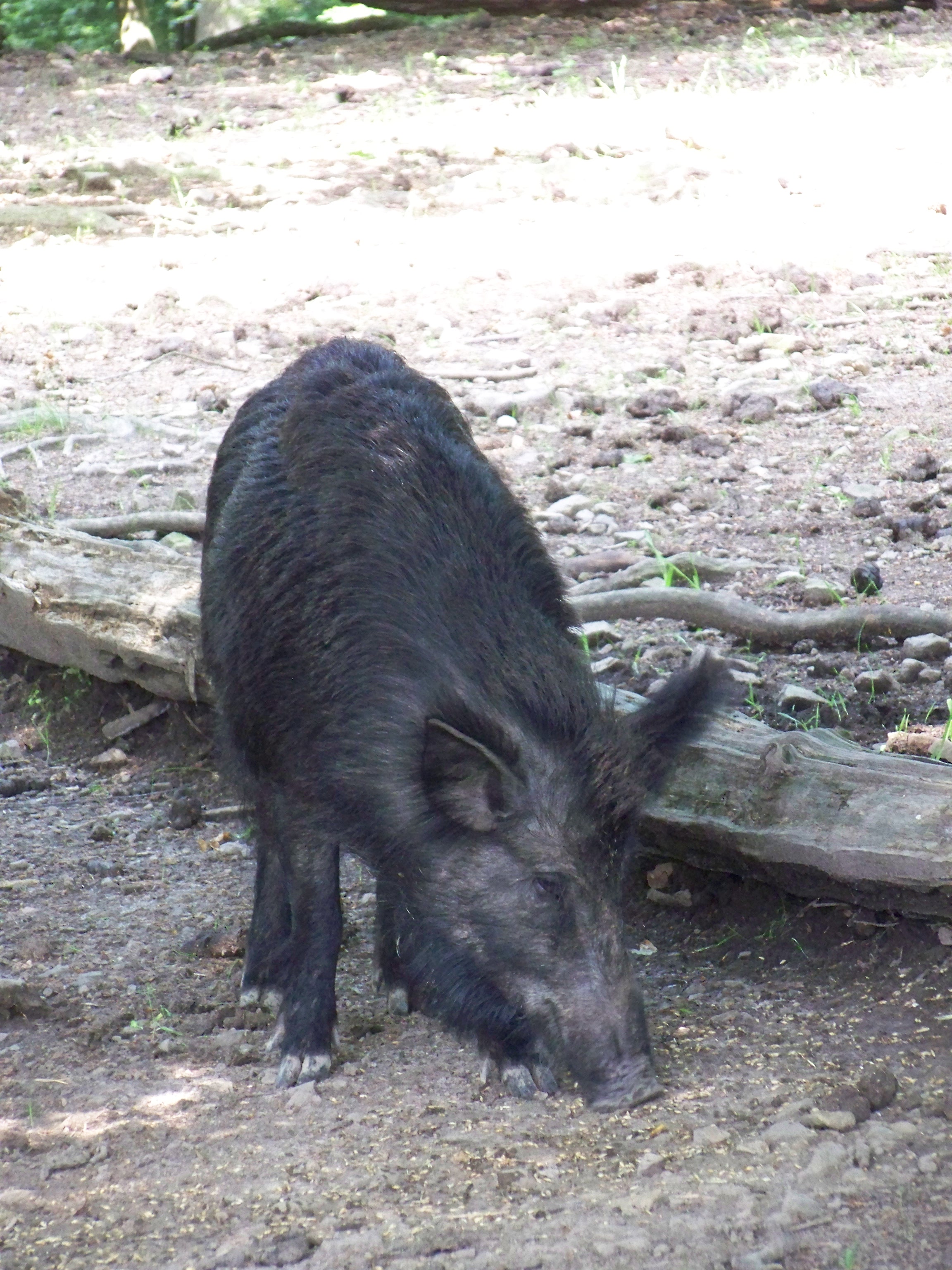 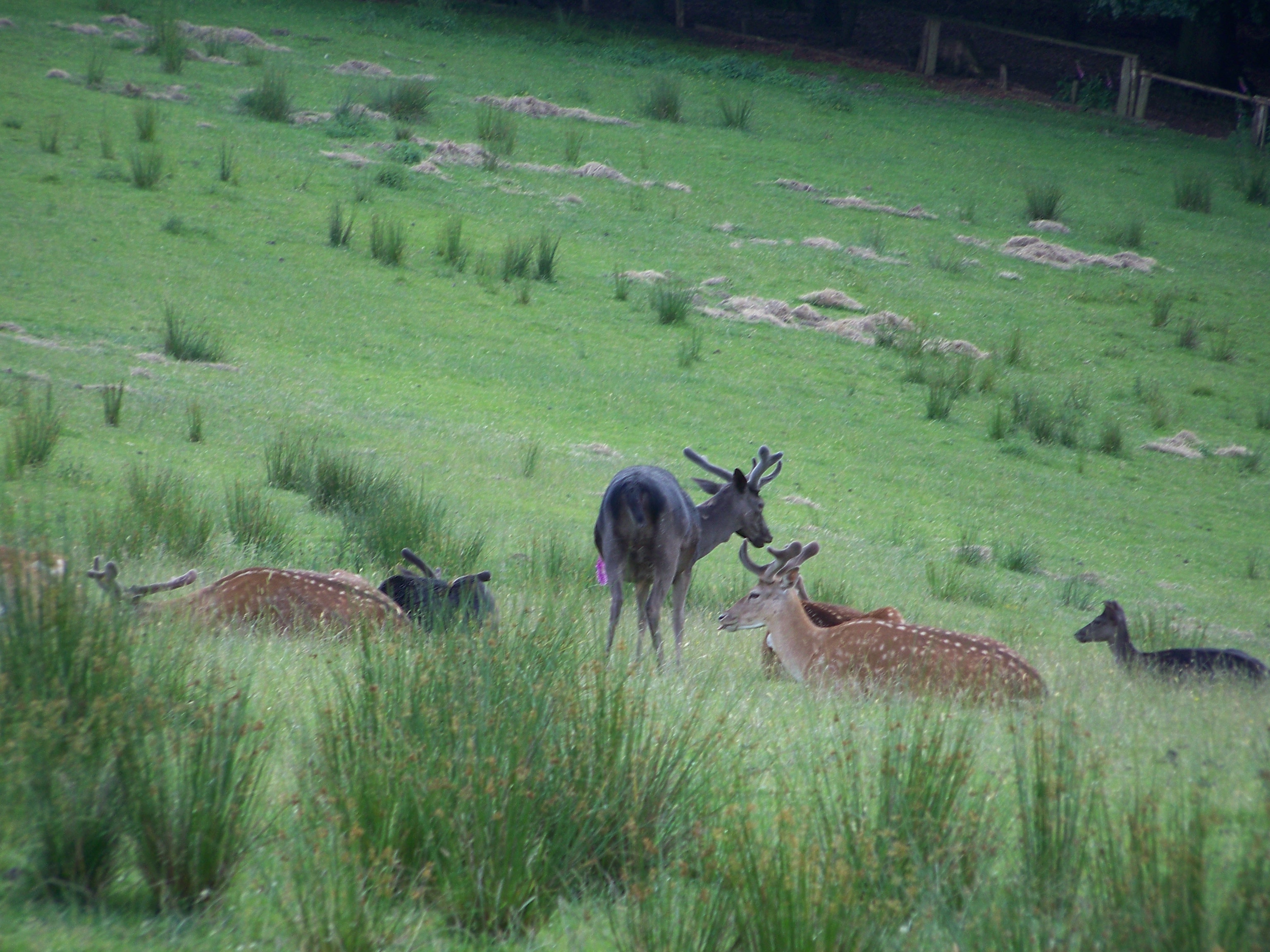 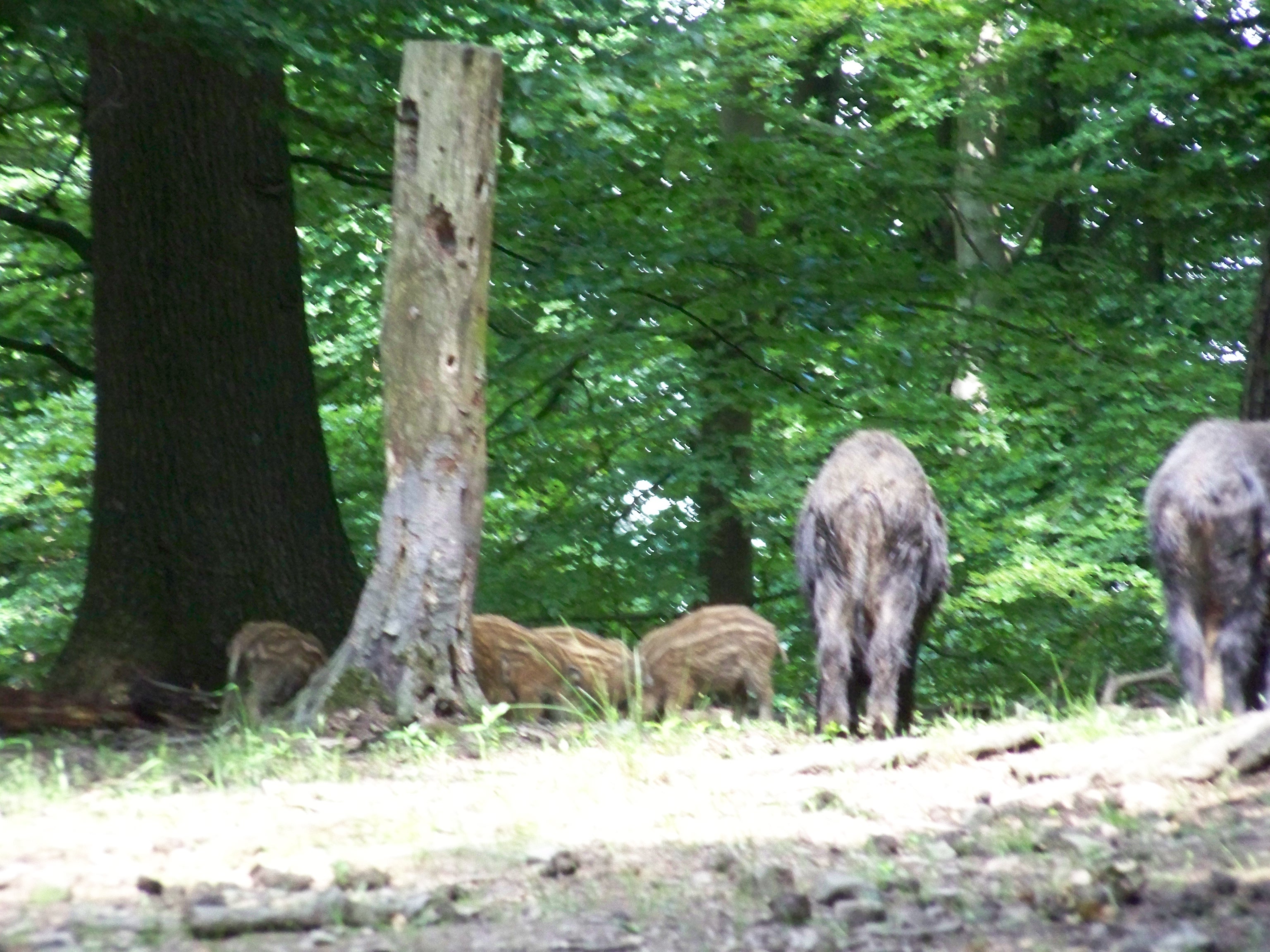 I first met Mr. Hans Pfingsten while on a tour of Germany  with the GGCA in 2000. Since we both traveled alone we shared rooms while on the tour and I quickly learned what a true gentleman he was and we easily became friends. I spoke only a few words of German so Hans took it upon himself to always be at my shoulder to give me an interpretation of what was being discussed or explained. One evening the tour group attended a performance of the Opera Der Fledermaus. That day I had purchased a fashionable German jacket which I wore to the opera with a tie which had edleviess on it. Hans sat on my left and an older woman sat on my right. She introduced herself and I told her my name. I did not tell her that I could not speak German. From my Jacket and tie she assumed that I was from her country. During the opera she occasionaly would tell me something in German and Hans would whisper in my ear what she said and I would respond to her with a Ja. For the entire time we sat there she never realized that I could not speak her language and Hans was amused that I was able to keep her from learning of my language disability.

Hans was a tireless researcher and had assembled an extensive manuscript on German Hunting Guns which he allowed us to preview on the tour. Sadly Hans passed away in 2004 before he could get his material published and was and is sorely missed by the entire German Gun Collecting community. In 2014 his wife Marcia brought his dream of the book to fruitition with the publishing of the book German Hunting Guns of the Golden Era.


Fredrik Franzén of Ugglekull, Sweden is another gentlman who I would like to recognize. He writes for several Swedish gun magazines and for the Double Gun Journal in the United States. He has long been a great supporter of the German Gun Collectors Association and since I took over this site from my friend Dietrich he has given me encouragement and contributed many great photographs and a lot of material which you will find throughout this site. He has a substantial orchard and is shown with part of last years apple harvest. 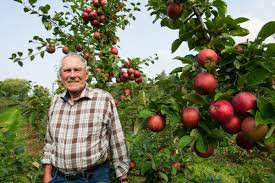 Now I would like to introduce you to Axel Eichendorff (on the left) and Karl H. P. Pape: aka Flintenkalle (on the right). Every collector and shooter of vintage German Hunting Guns owes them a big thank you for their help. As a team they have worked hard to answer every question that is put to them on the subject. They have been staunch supporters of the German Gun Collectors Association since Dietrich Apel founded it. Axel lives in Staufenberg and is the County Jägermeister. He is the Technical Editor of the GGCA publications Der Waffenschmied and Waidmannsheil 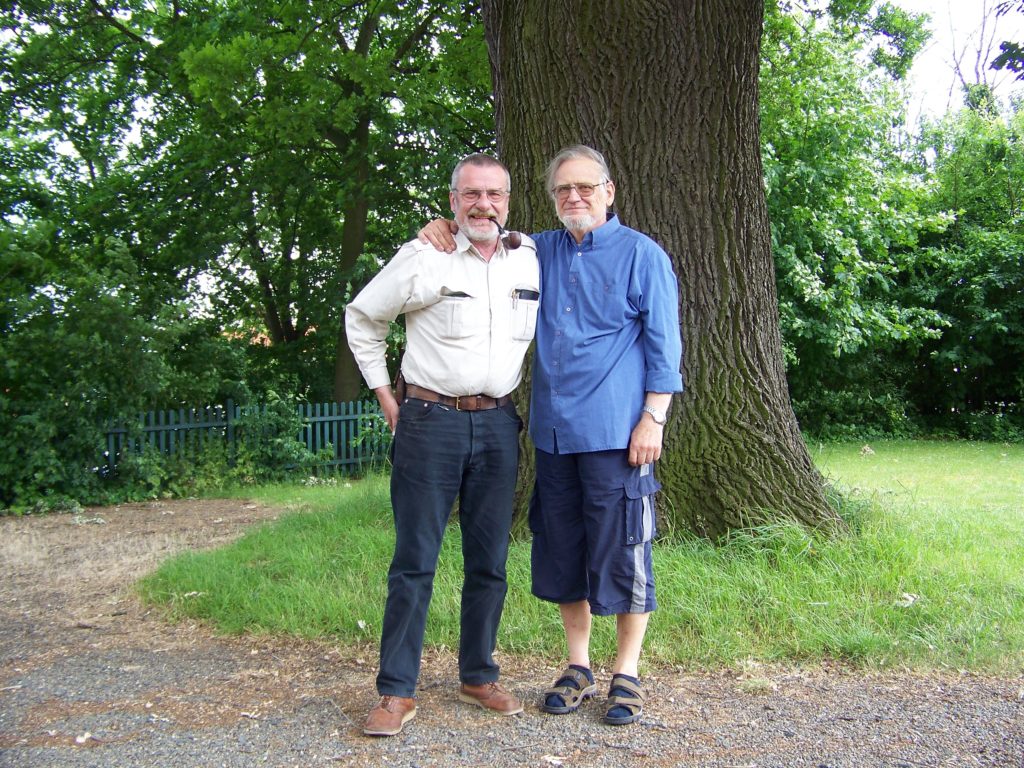 Below is a biography of Karl Pape which appeared in the Winter 2008 issue of Der Waffenschmied (No. 38) 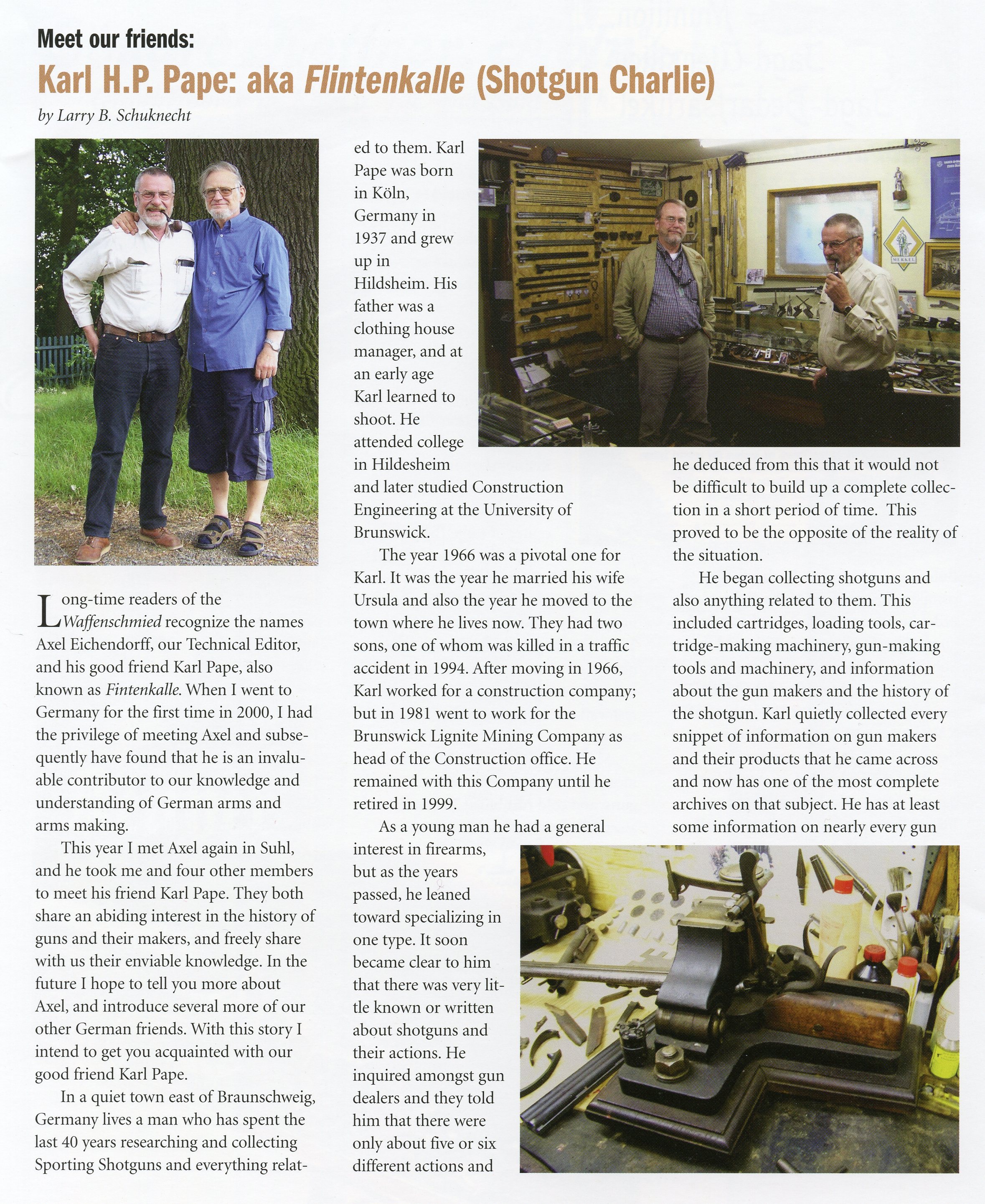 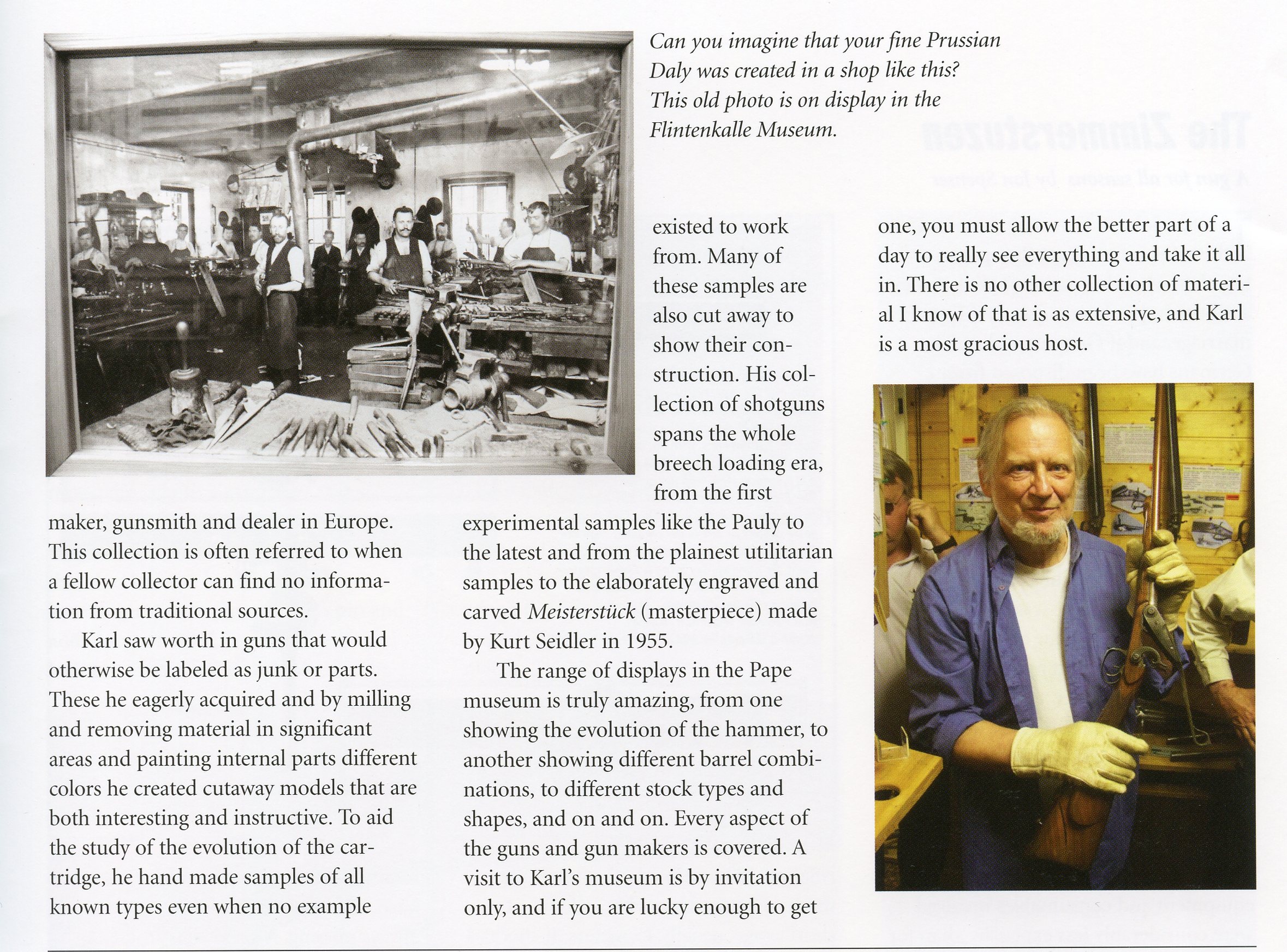 Below is a short biography of Mr. Axel Pantermühl who has generously contributed a lot of material for the web site from his extensive archive. 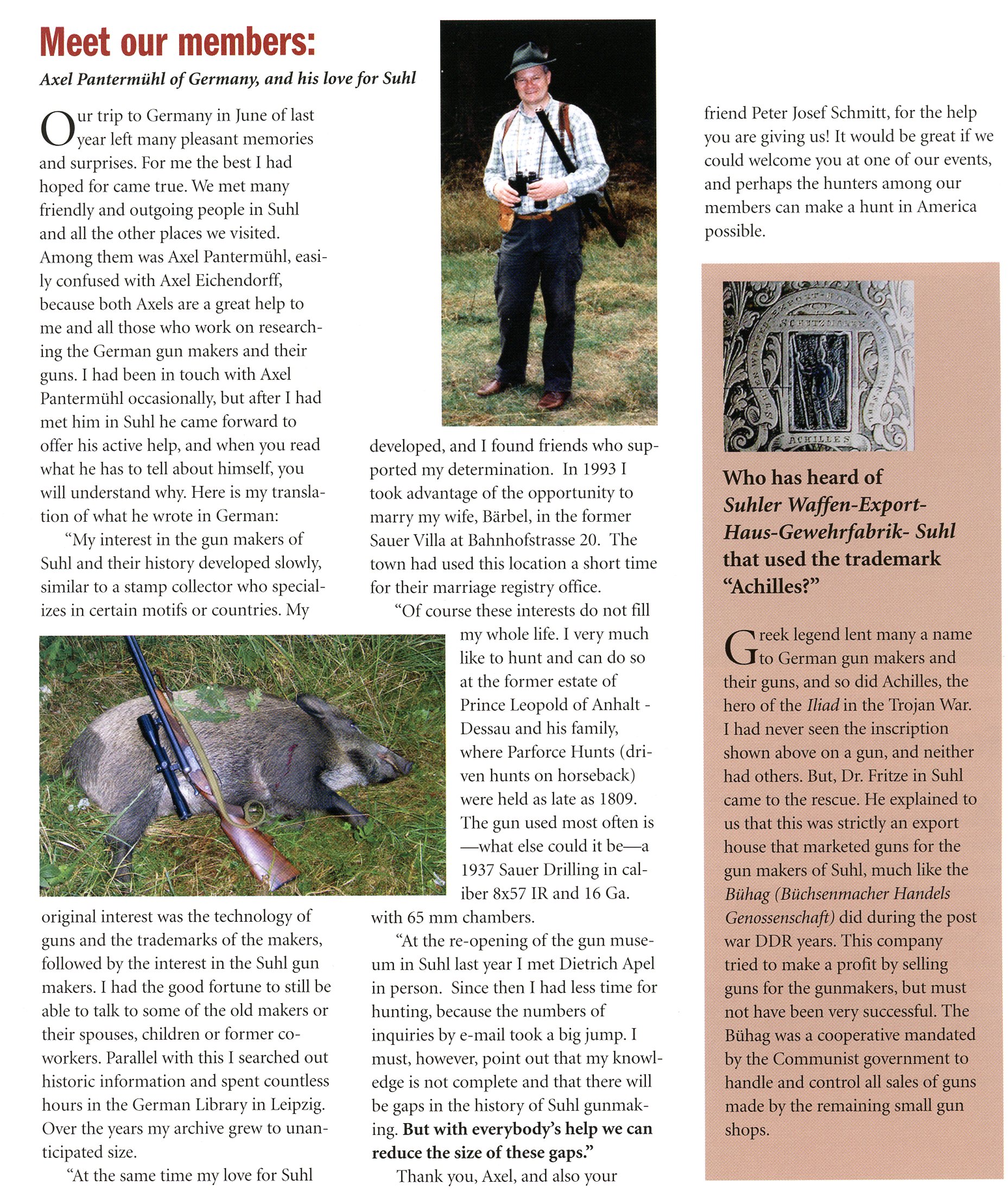