Very little biographical information has been found about August Friedrich Wilhelm Timner. His shop was located at Rheinstraße 24 in Coblenz. He developed a Bolt action in the early 1870’s for which he obtained several patents. Before the German Empire began issueing patents  in 1877 , they were issued by the regional Rulers. Thus we find that on Feb. 19, 1874 Timner was issued one of these patents (presumably for the Bolt Action) by the Duchy Coburg. 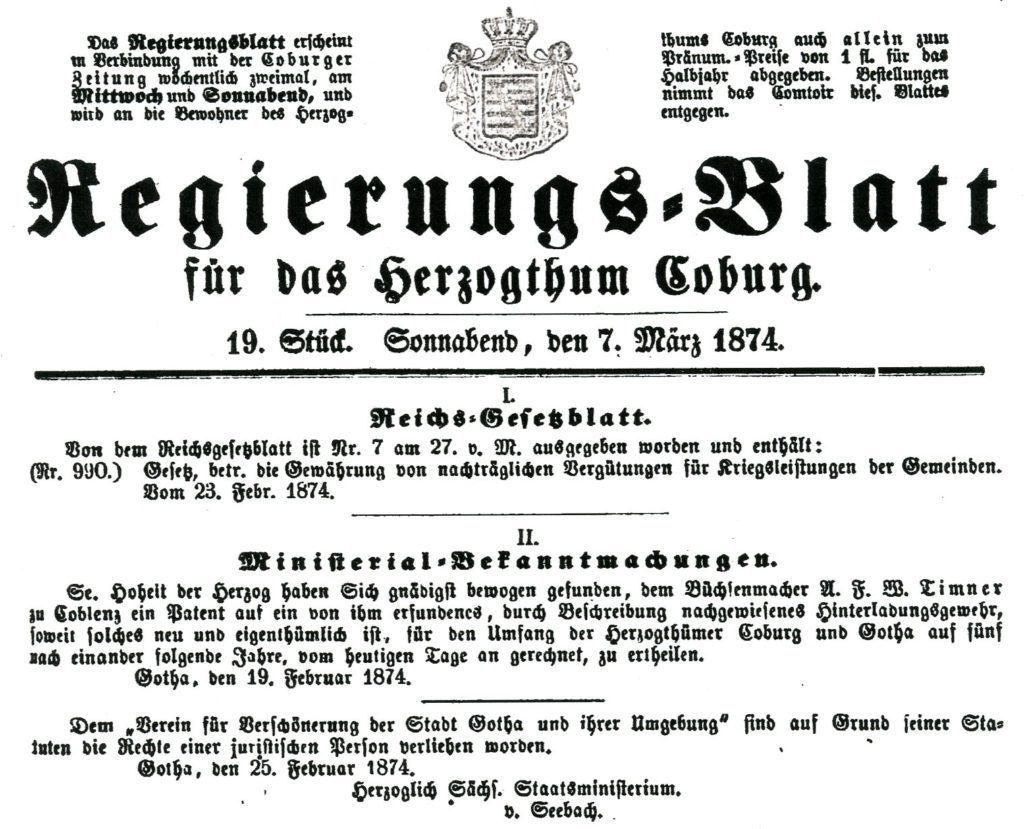 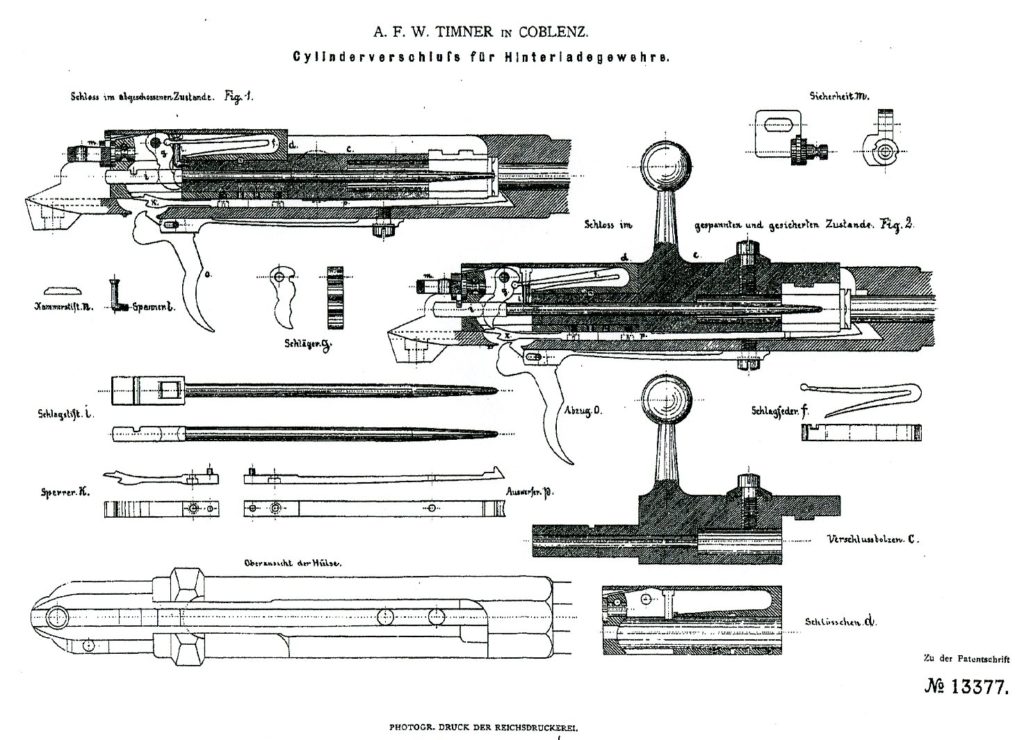 On Sept. 10, 2010 the Rock island Auction Co. sold a highly engraved and gold inlaid bolt action rifle made by Timner and presented to Kaiser Wilhelm II. It is 7.6mm with a 23 1/2 inch barrel, and is numbered 433. The following pictures are courtesy of the Rock Island Auction Co. 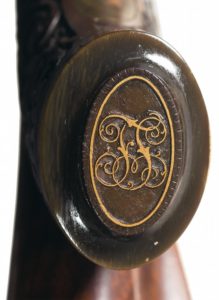 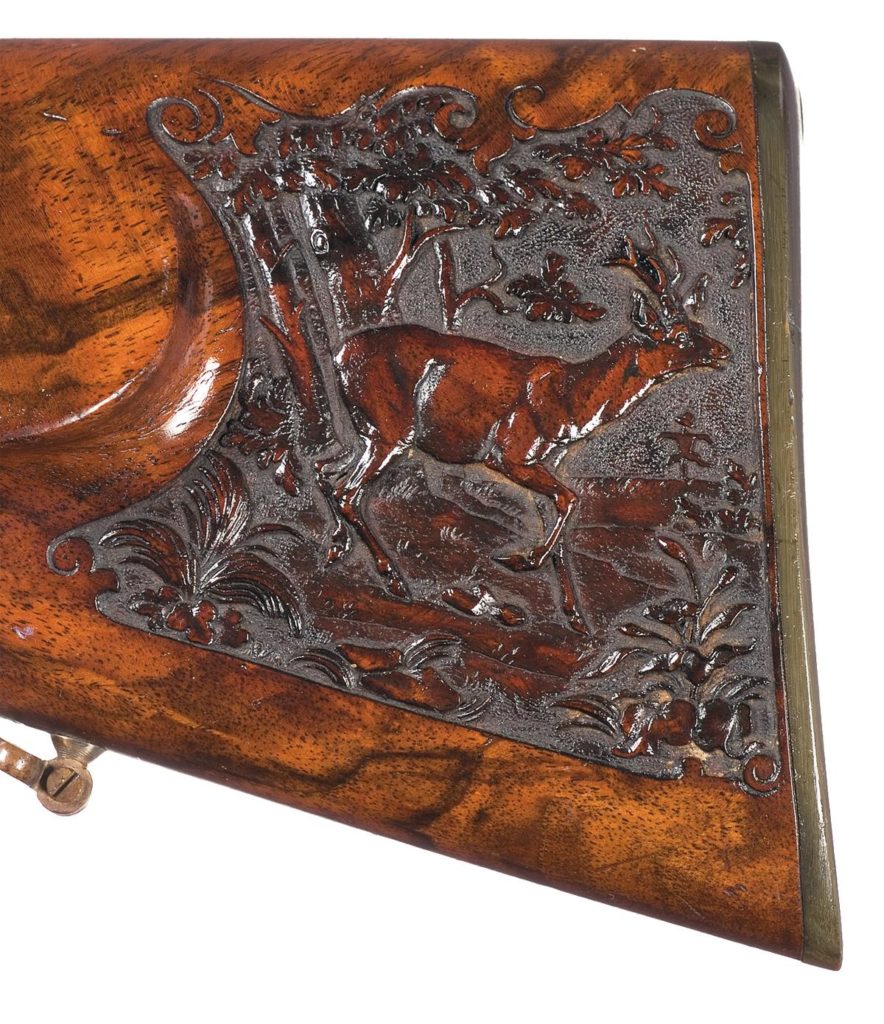 The following images of a Timner Drilling were found in Dietrich’s Email Attachment Archive and the source is unknown. 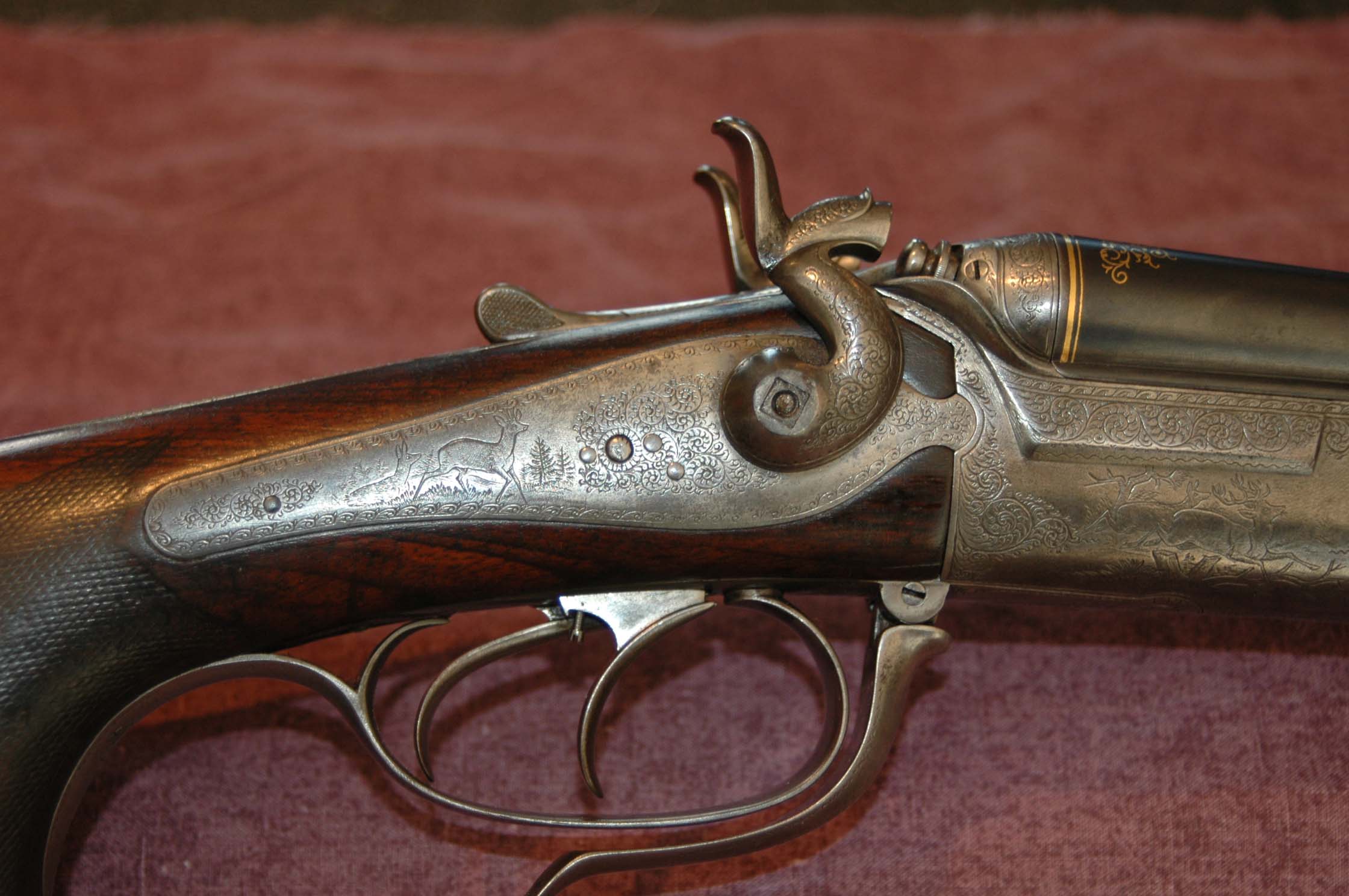 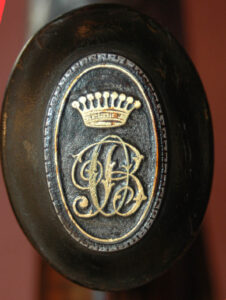 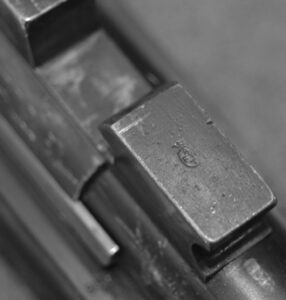 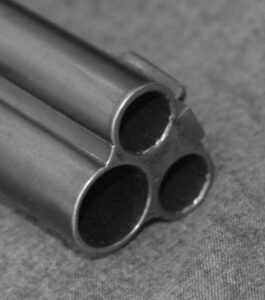 Around 1900 Timner developed a Vierling (four barrel gun) which was referred to as the System Timner Vierlaufgewehr. The following article about the Vierling appeared in Uhland’s Technische Rundschav Nr. 10 of 1902. 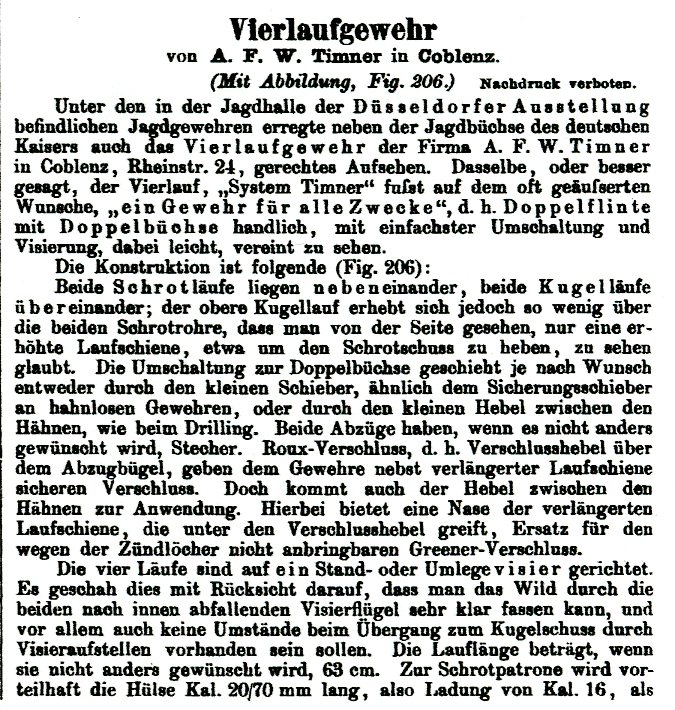 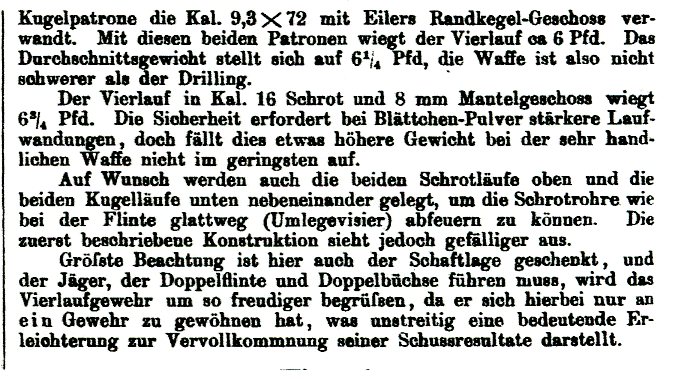 Evidently others sold Timner’s Vierling with their name on it. Following is a page from a Bernhard Merkel Catalog showing a Timner as Model no. XXVI using the same illustration from the 1902 Periodical article. 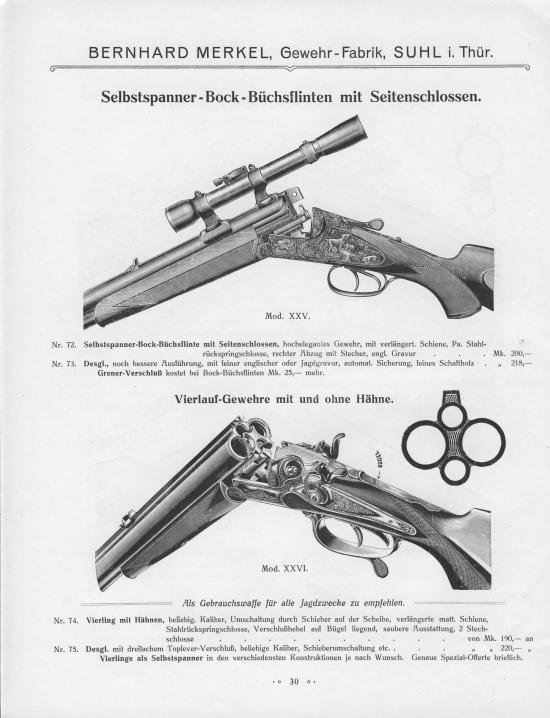 Evidently Timner made the Vierling in both Hammer and Hammerless versions. The following images of a Hammerless Timner Vierling are coutesy of- 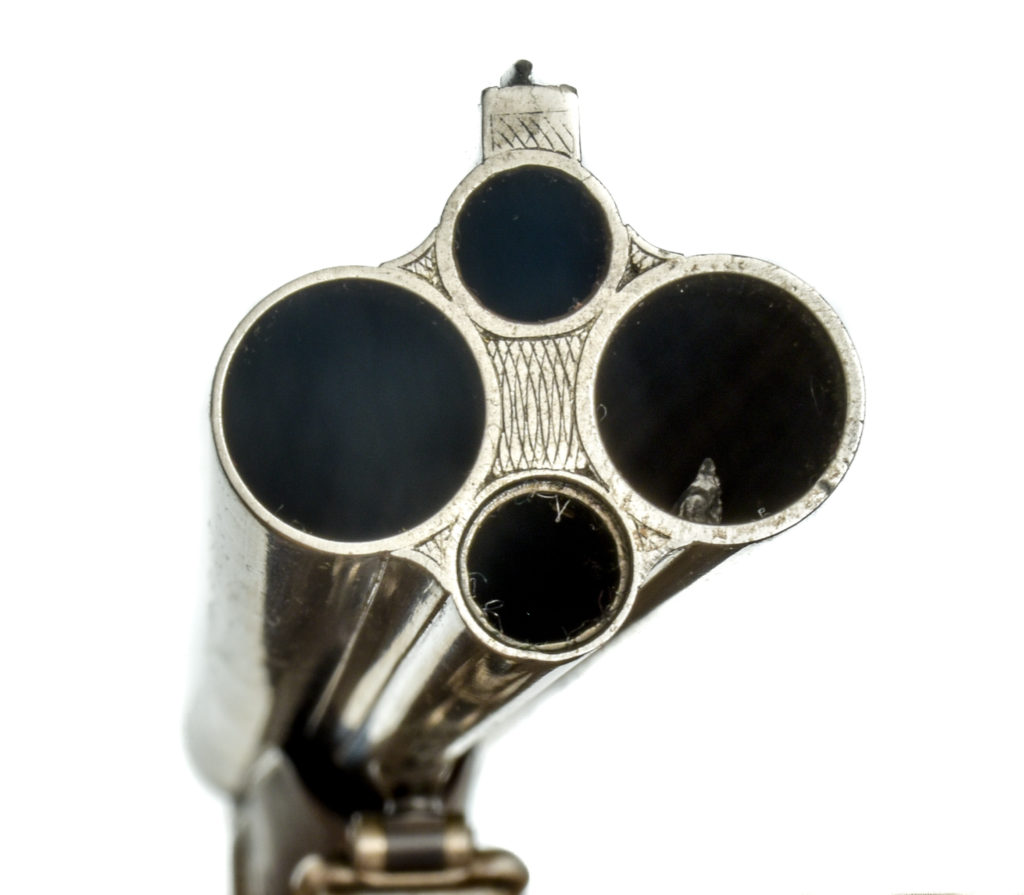 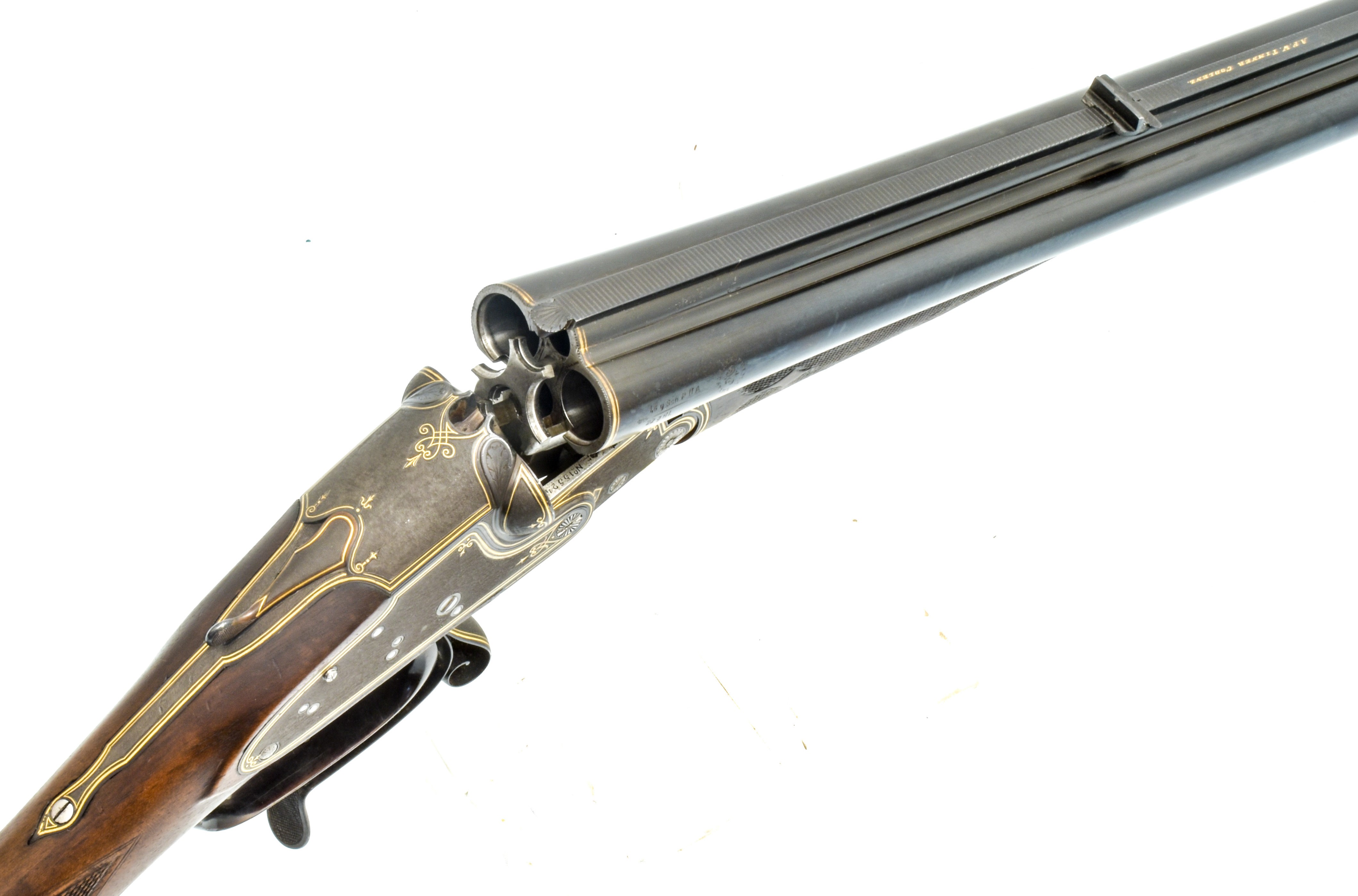 Timner was not only a gun maker but also a dealer. Like so many other’s he bought guns made by other firms and applied his name to them. The following images are of a veirling with Timner’s name on the rib and “Merco” the trade name of Oscar Merkel in Suhl on the receiver watertable. It can be assumed that Timner and Oscar Merkel had a close working relationship for a while. The gun in the pictures is chambered for 20 ga. shotgun ammunition 70mm in length and for the 9.3 x 72R rifle rounds. 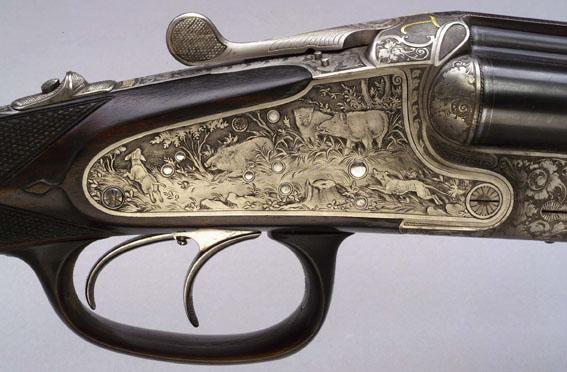 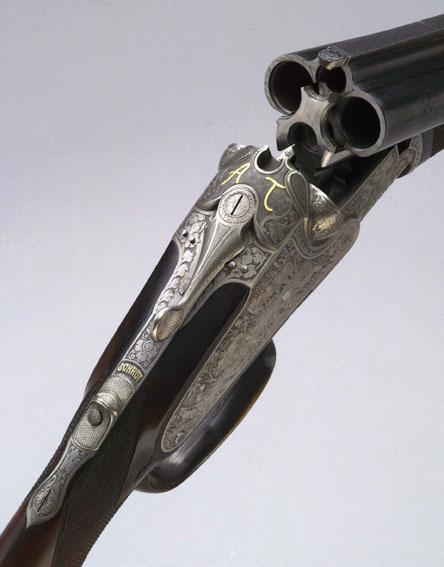