The Triebel family like the families Jung, Anschutz and Schilling has been involved with gun making since the mid to late 17th Century. I will attempt to list them in chronological order. So far I have not found any old advertisements on any of the Triebel firms in the old periodicals I have access to. There are still two branches of the family involved in the gun trade. Later I will elaborate on them with links to their web sites.

Johann Georg Triebel– a gun maker and engraver in Eger (Cheb) Bohemia circa 1720- 1740. He worked with Stephan Stegher a Büchsenmacher also in Eger (Cheb) at that same time. (ref.- Der Neue Støckel)

Johann Christopher Triebel (Triebell)- A gunmaker in Zella St. Blasii, Saxony circa 1735-48. He was the brother of Johan Jacob Triebel and followed him to Norrköping in eastern Sweden where he was working in 1748. (ref.- Der Neue Støckel)

Johan Jacob Triebel (Tribel)- A gunmaker in Zella St. Blasii and the brother of Johann Christopher Triebel (see the above entry). He taught an apprentice Johan Casper Jung in 1721. In 1735-36 he moved to Norrköping, Sweden. He set up a workshop for the War College and worked with two craftsmen recruited from Schmalkalden, Germany. His career may have ended about 1746. (ref.- Der Neue Stöckel)

(unknown first name) Triebel– Worked in Steyr, Austria about 1800. He may have come from Suhl with the Jungs and several other gunmakers around the early 1800’s. His son Josef served an apprenticeship in Vienna. (ref.- Der Neue Stöckel)

this business was still in operation at the beginning of the second World War. In 1910 it was located at Gr. Bachstraße 14. In the 1920’s and 30’s it was operated by Richard Friedrich Triebel. The firm sold guns under their name and also supplied un-named guns to others such as J.J.Reeb in Bonn. Their guns were and are recognized as being very high quality and grade.

In 1935 Walter Triebel, a descendent of Christoph Friedrich Triebel took over the arms business of his father in law- Paul Thom which was founded in 1915 in Berlin. Walter came from and grew up in Suhl. He received his Meister Prüfungskommission on May 12, 1930. In 1969 his son Klaus and his wife Ute took over the business and changed it’s inventory and business model from guns to Traditional German Clothing and fashion and renamed it Klaus Triebel Jagd-Tracten-Loden. In 2004 Katja and Kristian Triebel, the daughters of Klaus and Ute took over the business and again began dealing in firearms under the name “Triebel Jagd und Sportwaffen. Click Here to go to their web site.

The following images and information is courtesy of the Rock Island Auction Co. It was sold as lot no. 160 on sept. 7, 2018. The gun is a 12 ga. over-under with 30 inch barrels and 2 3/4 inch chambers. It was made by the Christoph Friedrich Triebel firm and was retailed by Jozsef Pirk of Budapest, Hungary. The proof date of the gun is 7/27 for July 1927.

The following images are of a Chr. Friedr. Triebel single shot rifle in 8x60mm and is in remarkable condition. I believe it was proofed in 1937. 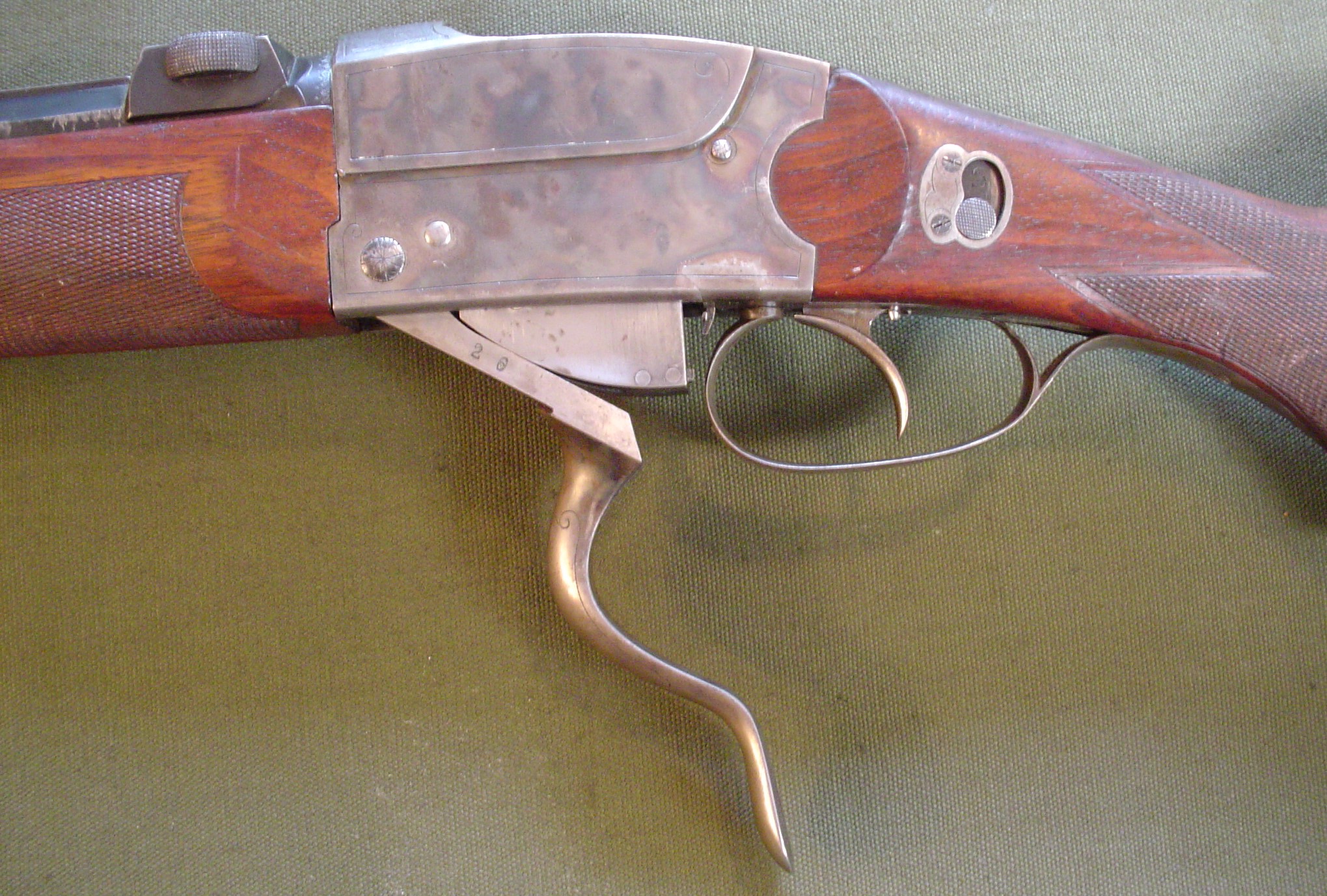 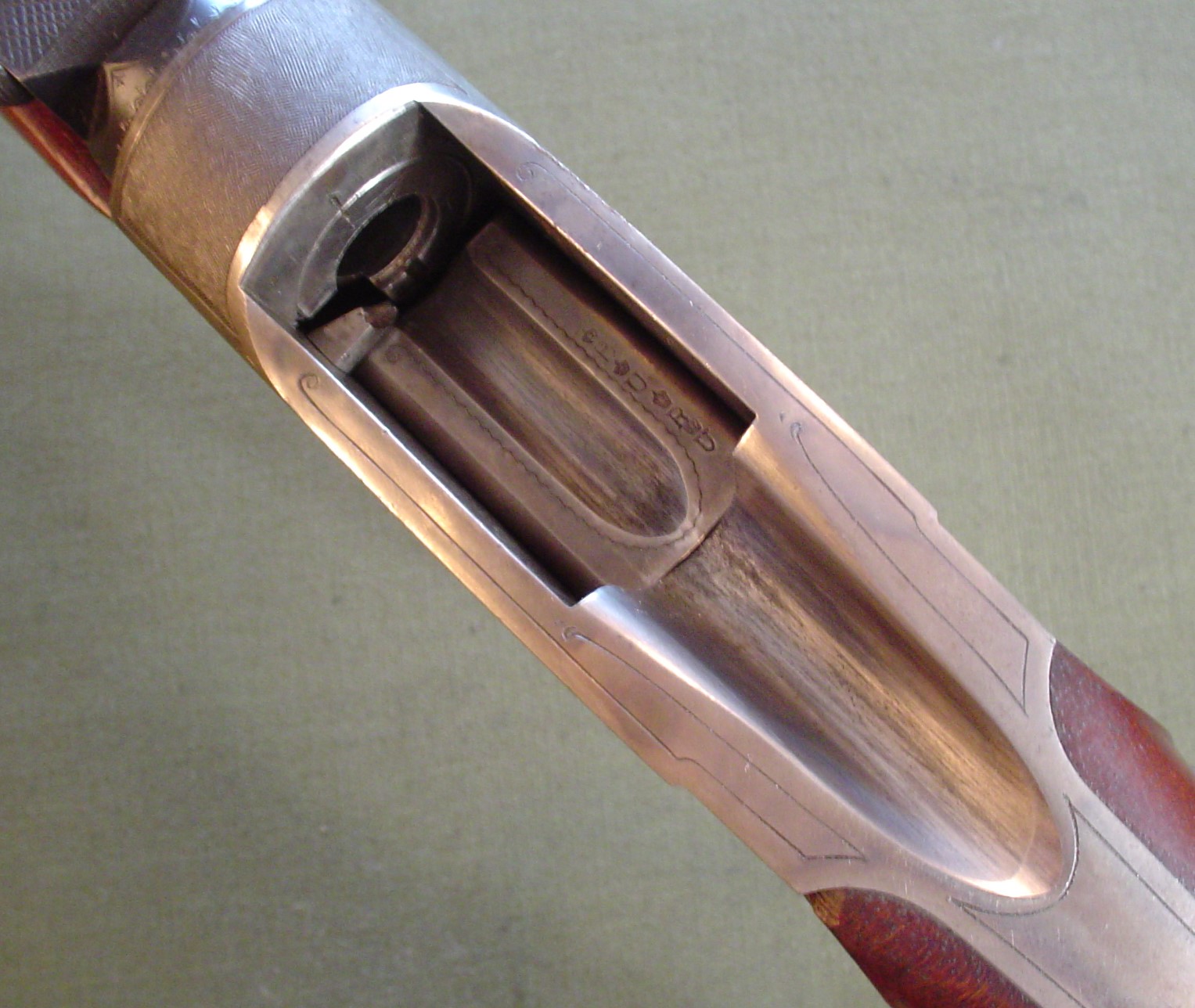 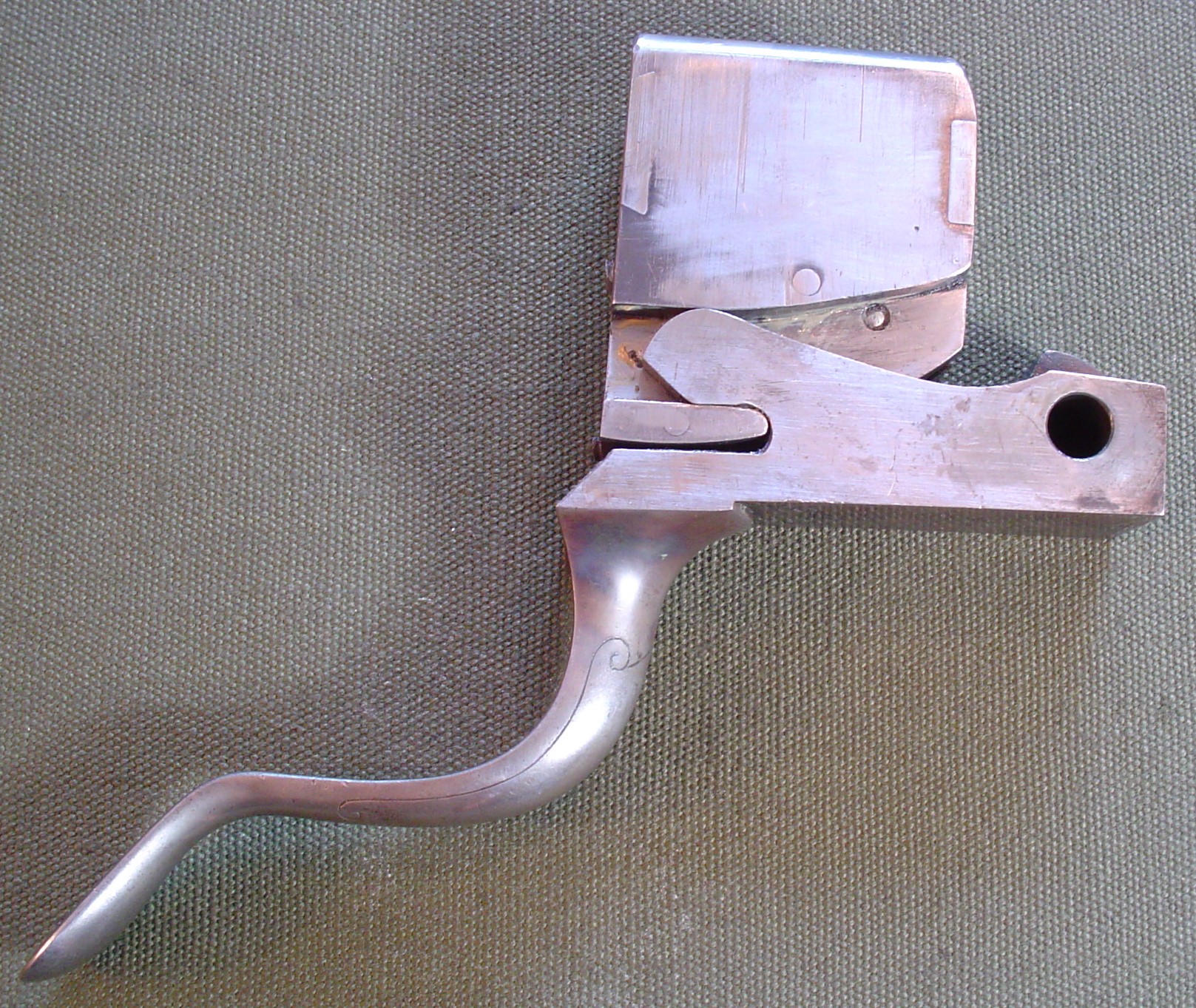 The butt pad pictured above was developed by the Chr. Friedrich Triebel firm and introduced in 1908. It consists of a horn base with a center section of rubber to act as a recoil pad.

Note to the following entries: the complete listing of craftsmen in Suhl in 1846 can be seen on the page Gunmakers of Suhl under the heading About the Makers.

Fritz Triebel– A Gunmaker in Zella St. Blasii and what later became Zella-Mehlis in Thüringia. He appears in local directories from 1913 to 1922 and in the 1939 edition of the Deitsches Reichs Adressbuch he appears as a specialist gun stock maker.

A. & W. Triebel– Master Gunmakers who appear in local directories from 1919 to 1920 and was  located at Reissmannstraße 25, Zella-Mehlis around 1925. It is believed that their only product was shotguns. (ref.- Alt Scheibenwaffen, Vol.2)

Emil Triebel– A gunmaker located at Ruppbergstraße 9, Zella-Mehlis around 1925 -1936. In 1929 he advertised that he made Kleinkaliberbüchsen and Zimmerstutzen as well as Hunting Guns. (ref.- Alt Scheibenwaffen, Vol.2)

Otto Treibel– A Gunmaker in Suhl circa 1927. (ref.- Alt Scheibenwaffen, Vol.2) He may have been a partner with a Karl Triebel as an entry for Karl & Otto Triebel appears in a 1930 Directory.

Paul Treibel– (March 21, 1888- June 15, 1933) A Master Gunmaker located at Unter-Eisenberg 8 in Zella-Mehlis around 1925. He was known mainly as a revolver maker and for accidently shooting himself in the head with one. (ref.- Alt Scheibenwaffen, Vol.2)

Robert Treibel– A gunmaker located in Suhl around 1927-29 and it appears that most if not all of his work was repair and modification work for provincial gunsmiths. (ref.- Alt Scheibenwaffen, Vol.2) This may and probably is the same Robert Treibel who later moved to Kaufbeuren in Bavaria and was the father of Rudi Treibel.

Rudi Treibel- The son of Robert Treibel, he was born in Suhl and took his received his Master Gun Maker’s Certificate in 1942. After World War II he worked in his fathers gun shop in Kaufbeuren until he opened his own shop also in Kaufbeuren where he produced gun parts as well as rifle scope mounts. Rudi received seven German patents for scope mounts, a magazine and cartridge dies. They are –

Rudi had a son- Jürgen Treibel who took over Rudi’s business and is still running it producing Chambering Reamers, Chamber Gages and Reloading Dies. Click Here  to go to the Triebel waffenwerkzeuge GMBH web site.

Members of the triebel family were not only Gun and Stock makers but also engravers. Hans-Jürgen Fritze and Peter Arfmann in their book Suhler Waffenkunst list the following men as engravers working in Suhl-

During the DDR years- Norbert Triebel. Click on the following to read a posting by Alf Helland about the death of Norbert Treibel.  https://handverksinstituttet.no/Stipendiater/Boersemakerens-blogg/Og-saa-vende-han-atter-mot-nord

The following image is courtesy of Mr. Hendrik Fruehauf and shows a Merkel Model 303 that was engraved by Norbert Triefel and the stock carving done by Bernd Becher. 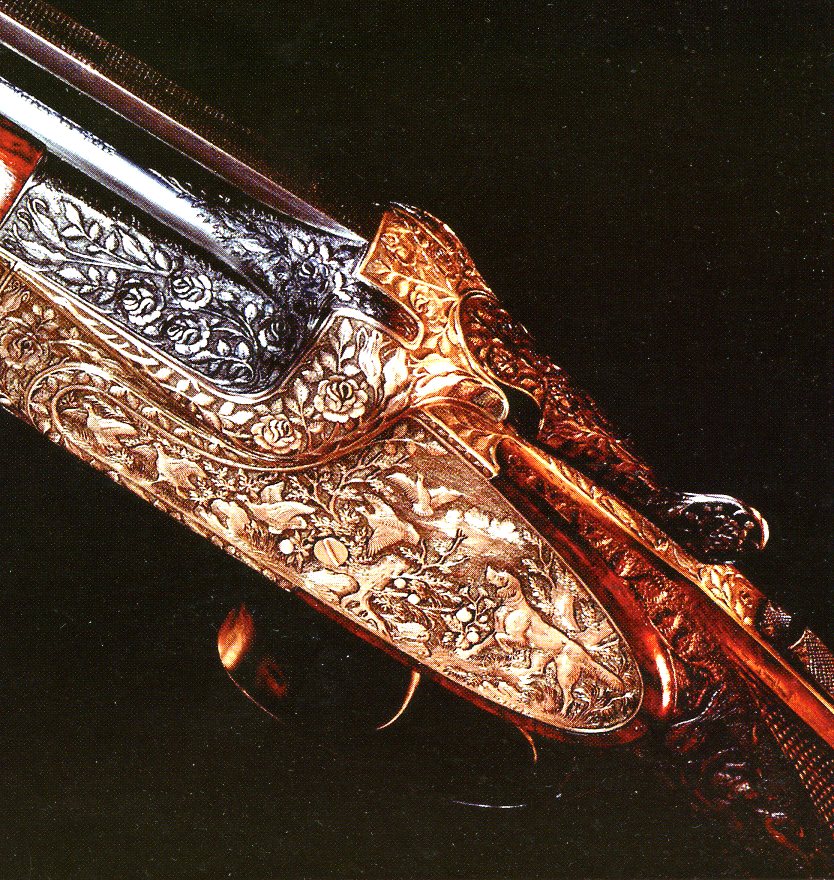