The History of the firm Römerwerk

The following information and images are courtesy of our good friend Axel Pantermühl in Germany and are from his extensive archive. To read an article about Axel Pantermühl click Here.

The firm Römerwerk was founded on June 1, 1888 by Jacob Römer who was born on May 27, 1851 in Birkenau and passed away on Feb. 18, 1931. The name Römerwerk is also sometimes spelled Röhmerwerk and Jacob interchangably spelled his name Römer and Röhmer. Stock certificates spell the name as Römerwerk so we will henceforth spell it that way.

On Oct. 14, 1892 Jacob was issued D.R.P. no. 72583 for a hammerless underlever Drilling with a tang safety and cocking indicators. 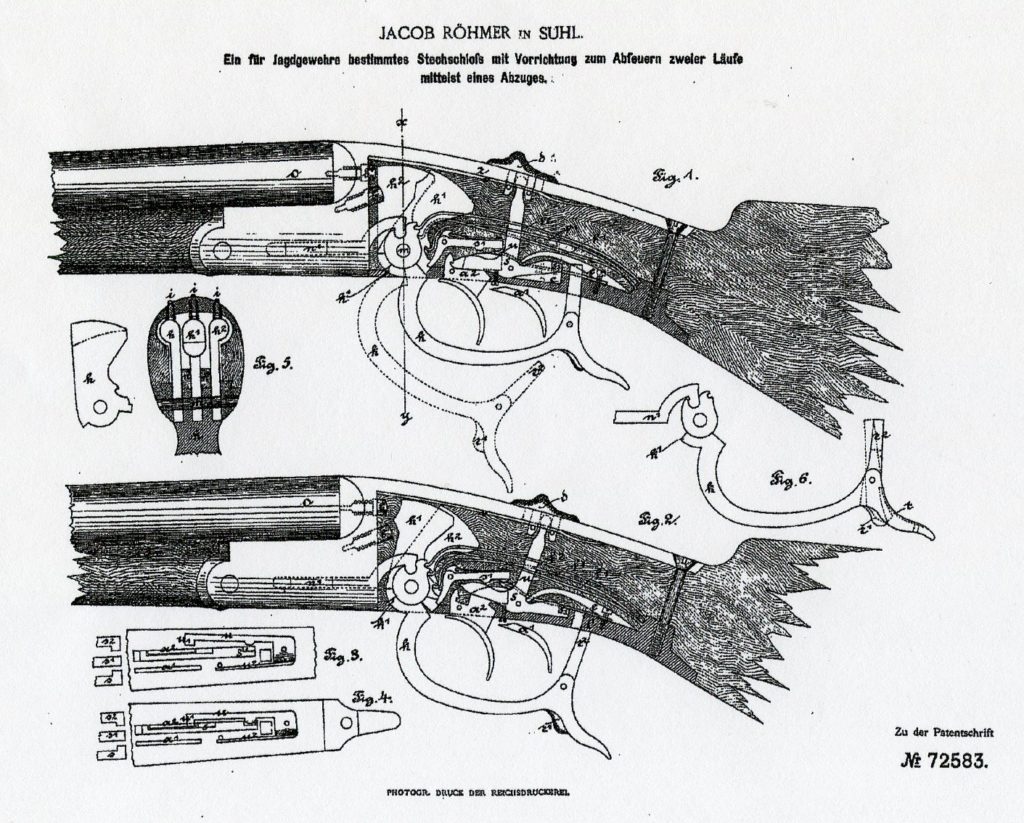 Click Here to view a Drilling made by Röhmer and sold by W. H. Holstein of Helmstadt

Following are several views of a Röhmer Drilling sent to us by Mr. Alexey Byrgazov 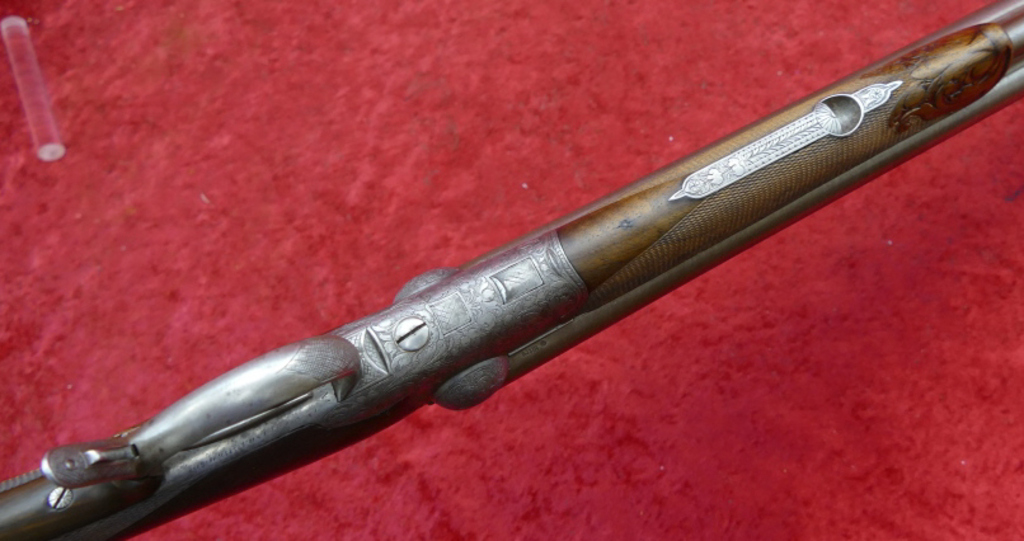 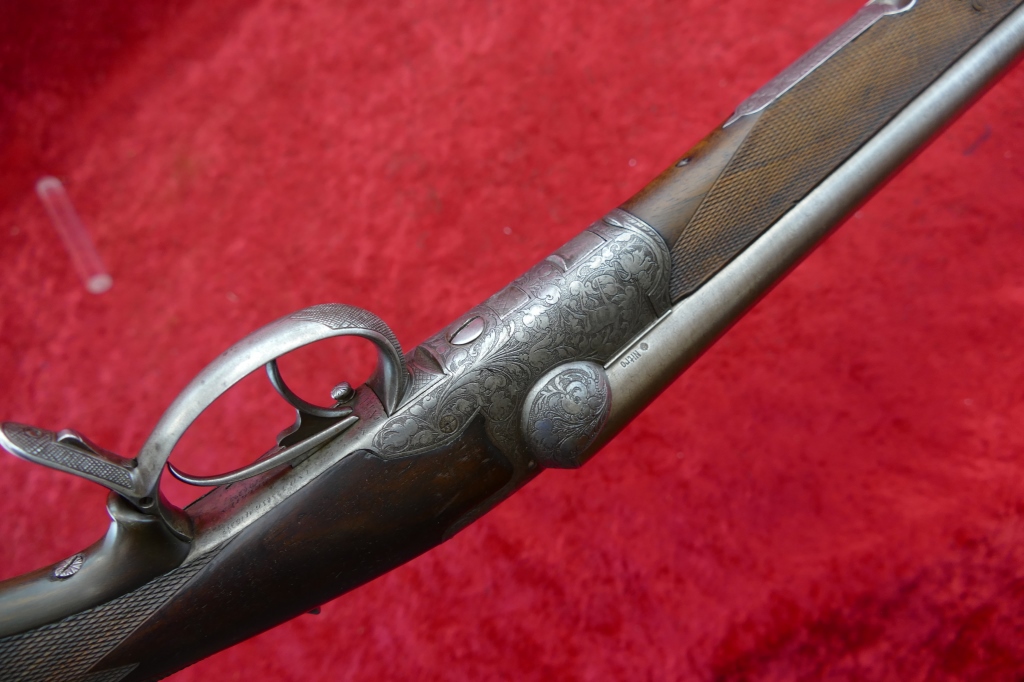 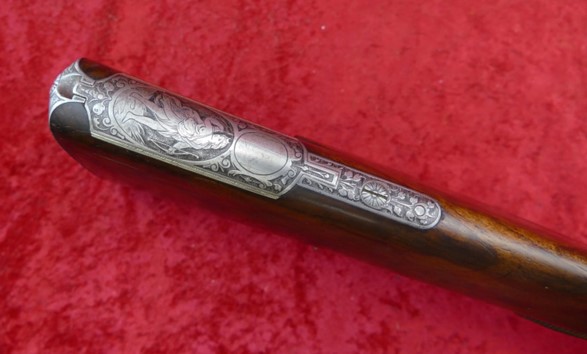 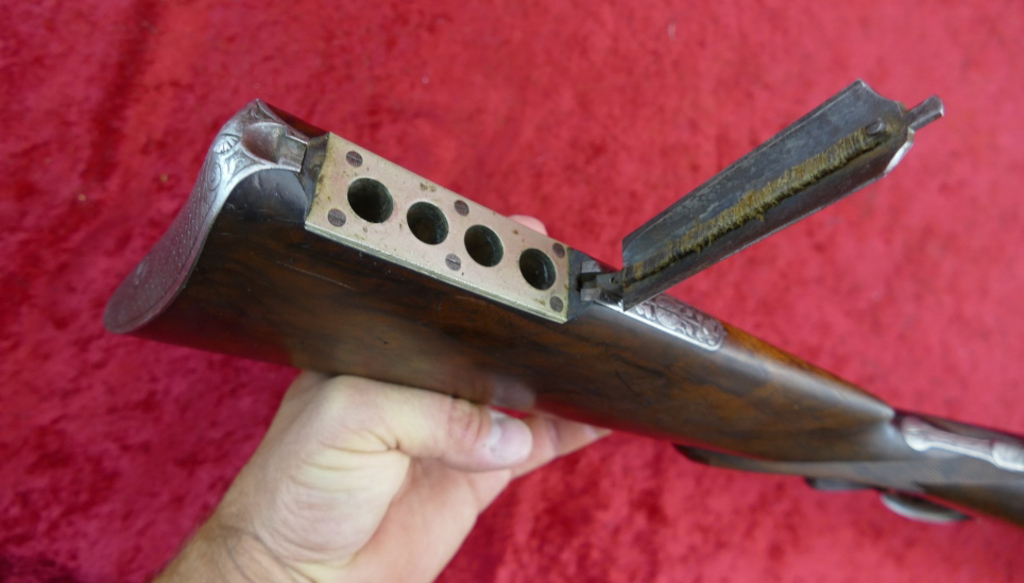 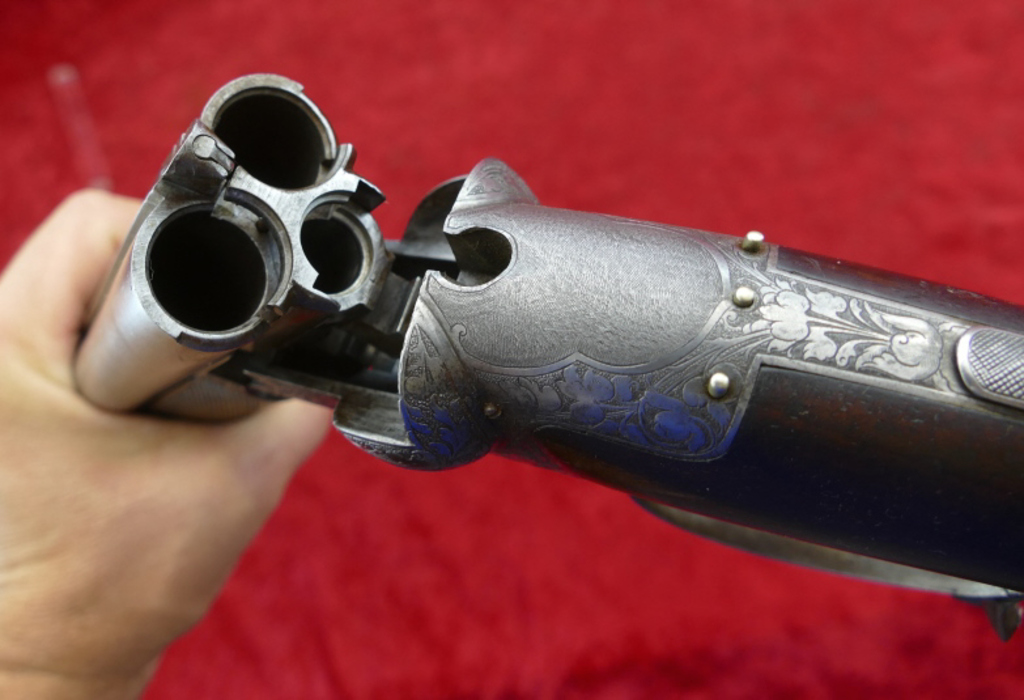 The Factory was originaly located at Fernsprecher Nr. 25 and I believe the following images are at that location and probably date to the late 1890’s or early 1900’s.

The Suhl gun trade consisted of diverse suppliers that fed supplies and parts to many of the gun makers. An example is the Schilling forge which supplied raw forged parts and the Schilling brothers who rifled and assembled barrels for many of the gunmakers.   The Römerwerk firm was basically a machine shop which supplied other gunmakers with machined gun parts such as levers, receivers, etc.

On Aug. 25, 1916 The periodical Die Waffenschmied carried the following news item- “Subjet of the Company Römerwerk-Waffenfabrik mbH in Suhl. In place of Mr. Jacob Römer, the manufacturer Eugen Dornhein in Suhl has been appointed as managing director.” From this we can safely assume that Mr. Römer was retiring from active administration of the Company.

Below is a letterhead from 1917, the left column of which reads-

Execution of the best precision work among the smallest possible tolerances

In milling and turning shop for hunting, sports and war weapons, machine guns and automatic pistols.

Delivery of all gunsmithing tools, reverse milling sets and precision articles of all kinds.

large stock Baskülen and rifle, as well as all the rifles of the most diverse systems.

The Feb. 25, 1919 issue of Die Waffenschmied carried the following notice concerning the Becker shotgun- “This ominous shotgun is made in the famous Römerwerk Factory in Suhl”

Until May 25, 1923 the Römerwerk Company was a GmbH, at that date it became a Stock Corporation with the abreviation “AG” following the name.

The 1925 Suhl Adressbook contained two items for Römerwerk, a listing and an Advertisement. It is interesting that they list differant addresses- the earlier one at Fernsprecher Nr. 52 and the later Mauerstrasse Nr. 3 indicating that 1925 was the year they moved.

The October 26, 1928 edition of “Der Waffenschmied” details the construction and assembly of Drilling barrels by Römerwerk. The text states that “For the Drilling, which is probably the most preferred hunting weapon, the Römerwaffenwerk Suhl, at the beginning of this year released a new cold connection which is protected by this company. The Suhler companies E. Schmidt & Habermann,  f. W. Kessler, Bernhard Merkel, August Schüler and Christoph Funk supply barrels with this connection.” note: a Google Translation. 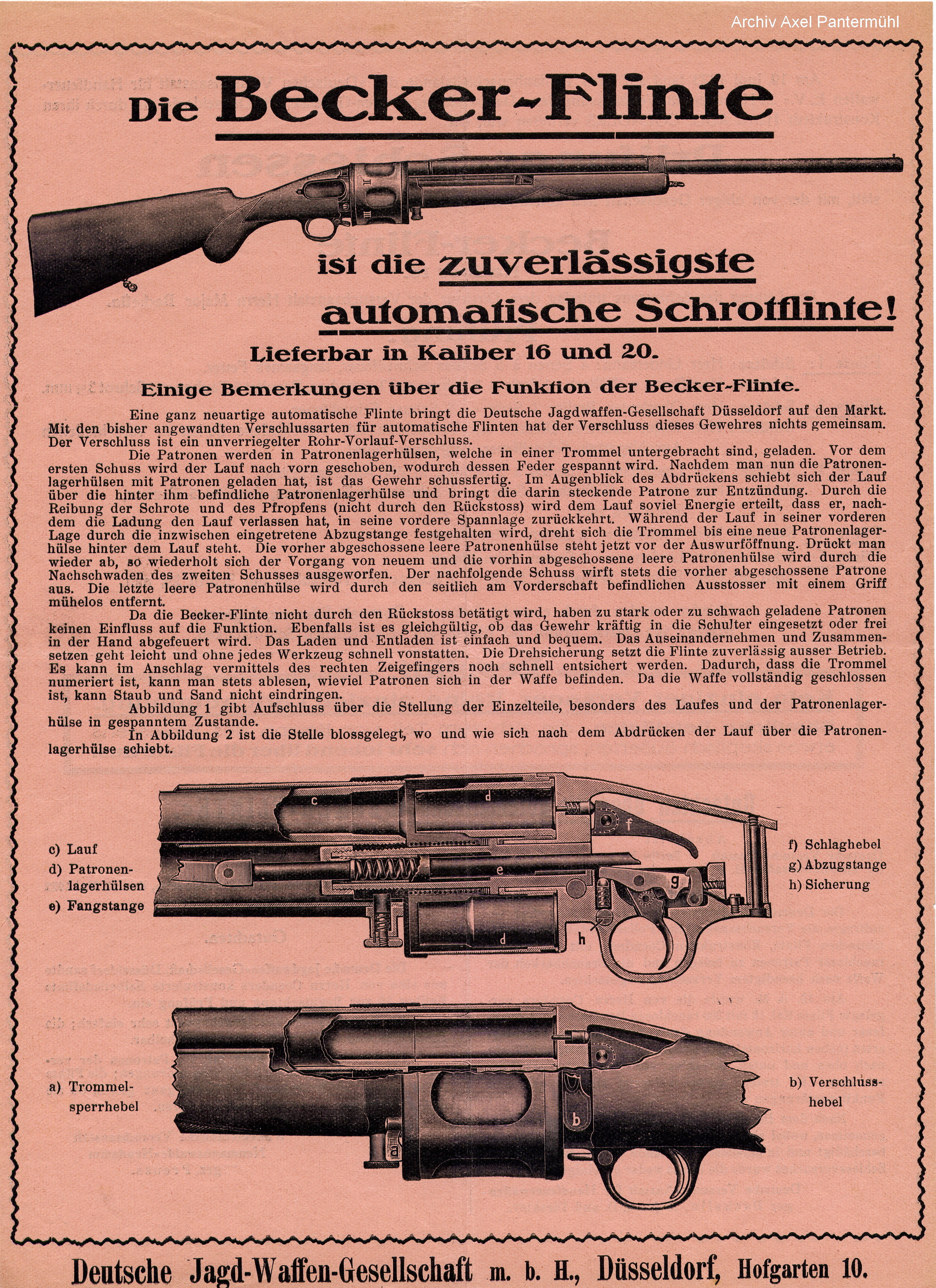 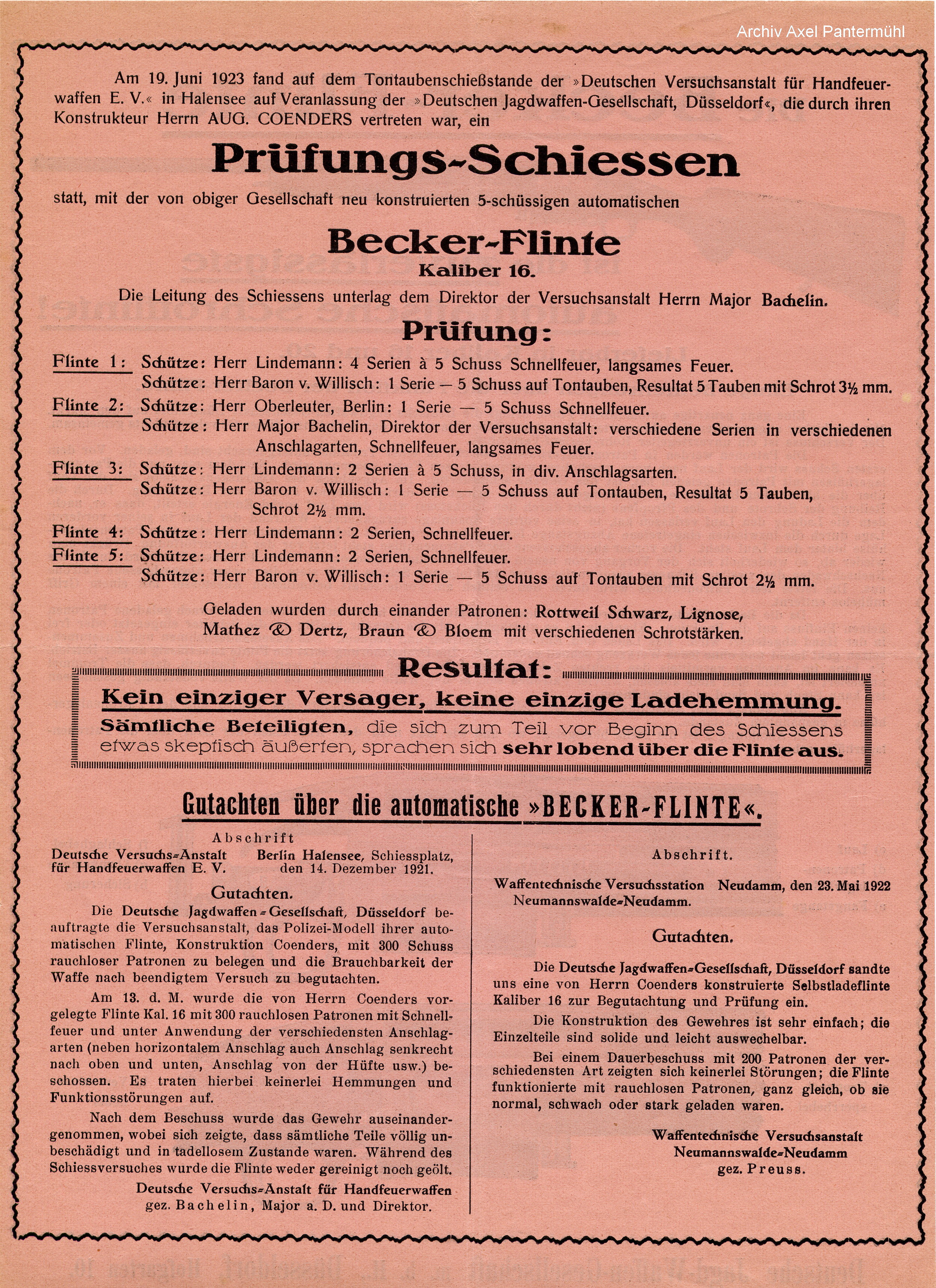 On March 14, 1931 “Der Waffenschmied” reported that “at the age of 80, Jakob Römer, who in 1888 together with other Suhler gentlemen supplied the Suhler mechanical Gunsmith’s and the entire Suhler rifle industry with machine made rifle parts, died. He was the Technical Director of the factory. After World war i, the factory was converted into an AG, the Römerwerk AG, which was known to have liquidated some time ago.” note: a Google Translation.

Another sporting firearm that was produced by Römerwerk was the Gerstenberger or Römer Pistol/Carbine. This Pistol which could be converted easily into a Rifle or Carbine was designed and Patented by Albin Gerstenberger of Chemnitz. A Member or Members of the Moritz family (sources differ on which, some state it was Ernst, others state it was Heinrich or Martin) and Albin Gerstenberger founded a Company in Zella-Mehlis in 1922 to produce Air Guns, Alarm pistols and Launch weapons. In the early 1920’s Albin designed the convertable Rifle with Pistol Breech Mechanism and received a US Patent for it, no. 1,567,993 on Dec. 29, 1925. On Nov. 1, 1926 he was issued DRP 436426 for that same design. Presumably Albin could not produce it in their factory or did not want to manufacture and market it themselves so the Römerwerk Company was contracted to be the manufacturer and distributer. It is assumed that they were only produced for a short period of time and as such are seldom seen.

Below are images of the Römer Pistol/Carbine advertising followed by the Gerstenberger Patents. 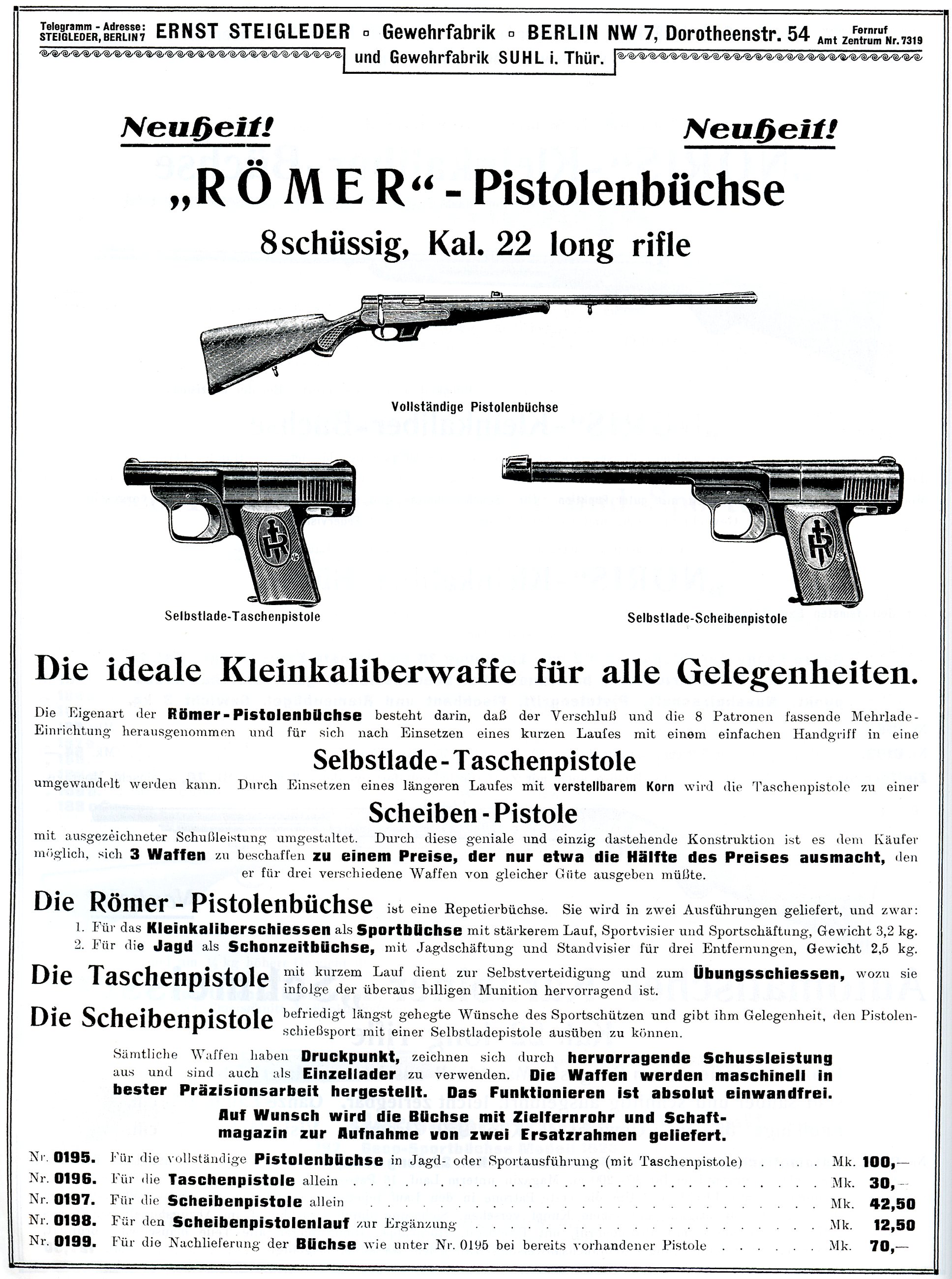 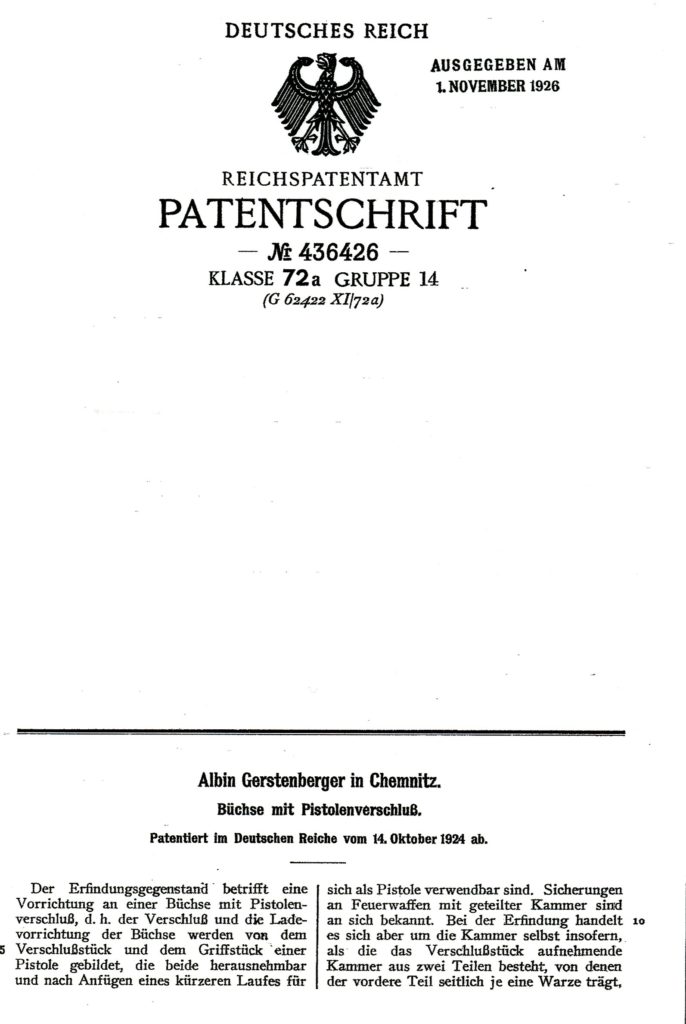 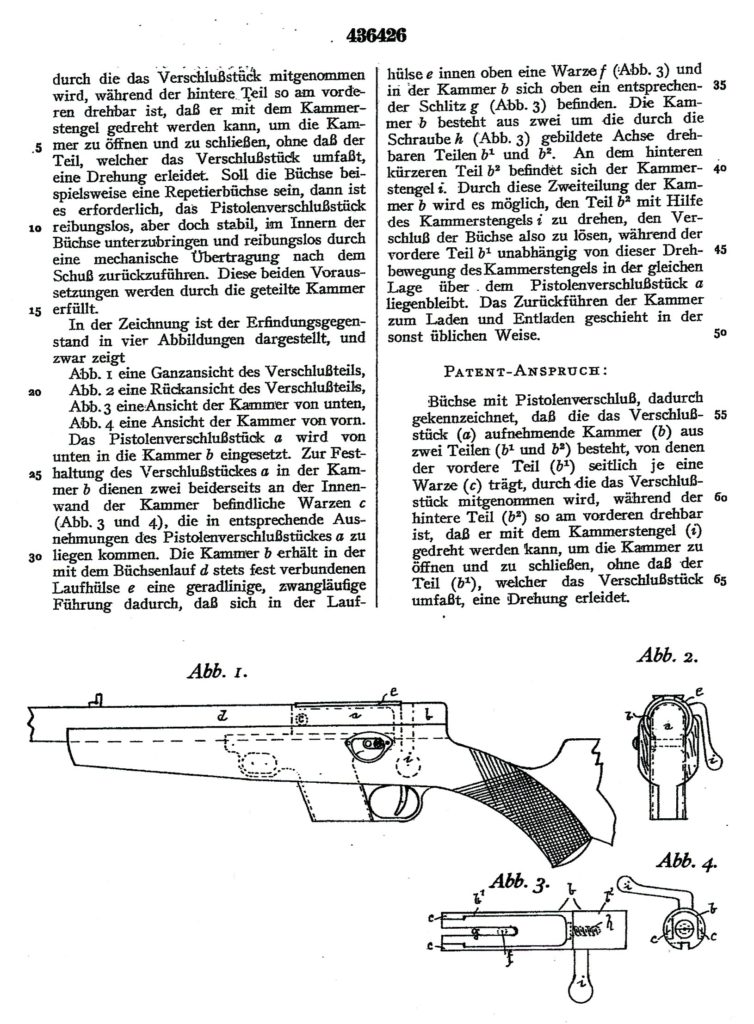 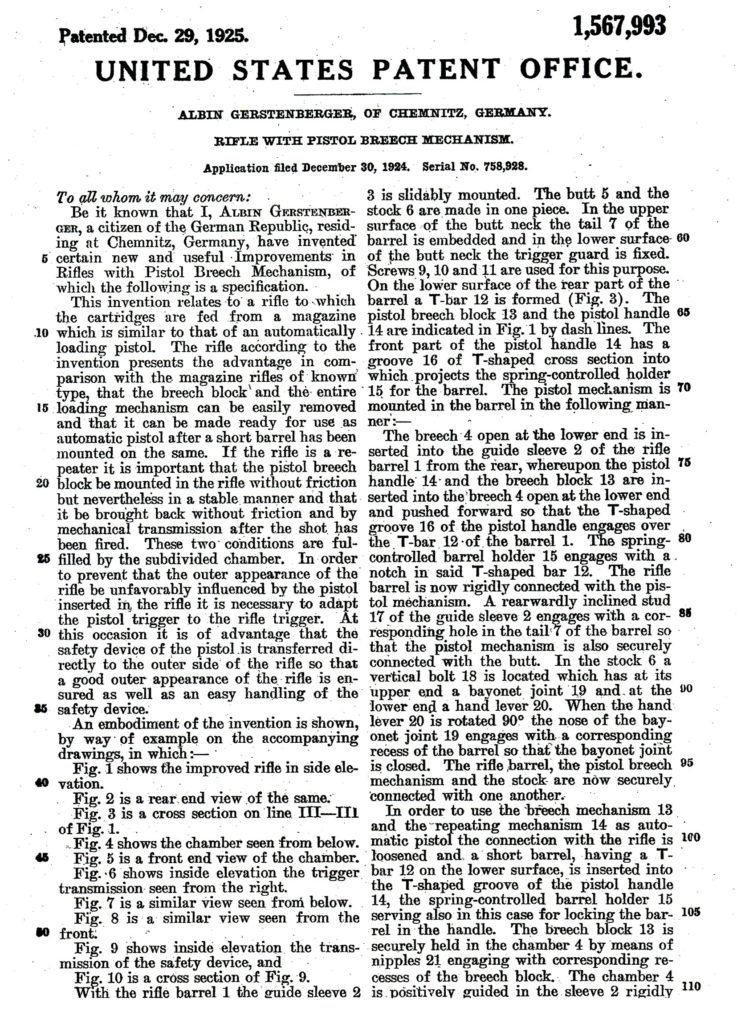 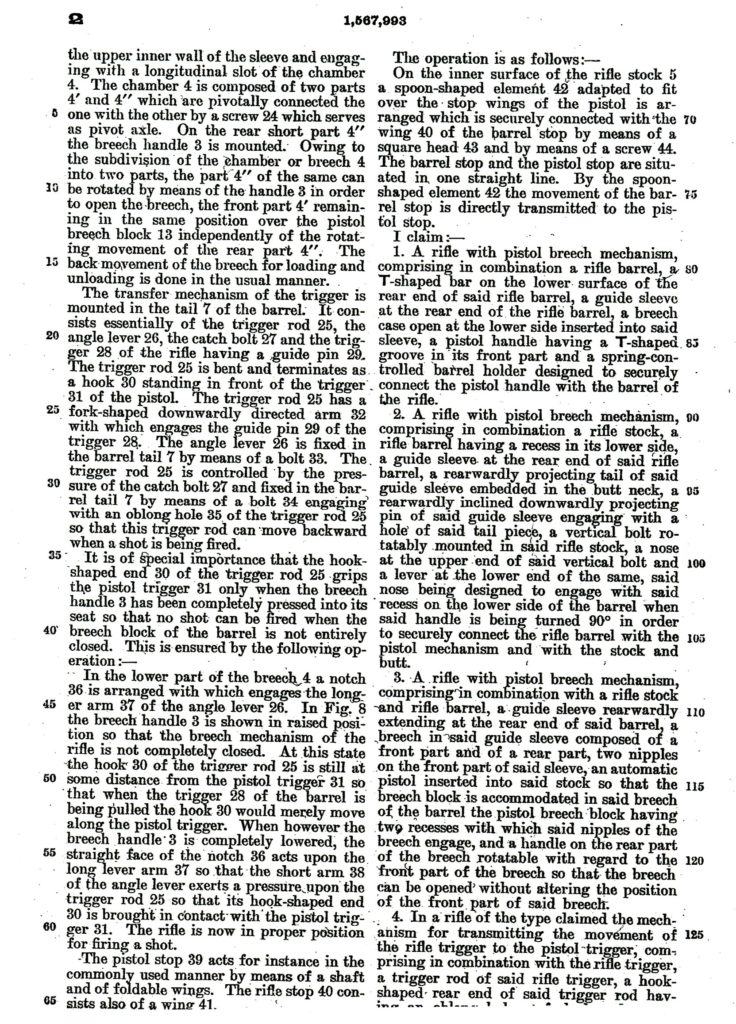 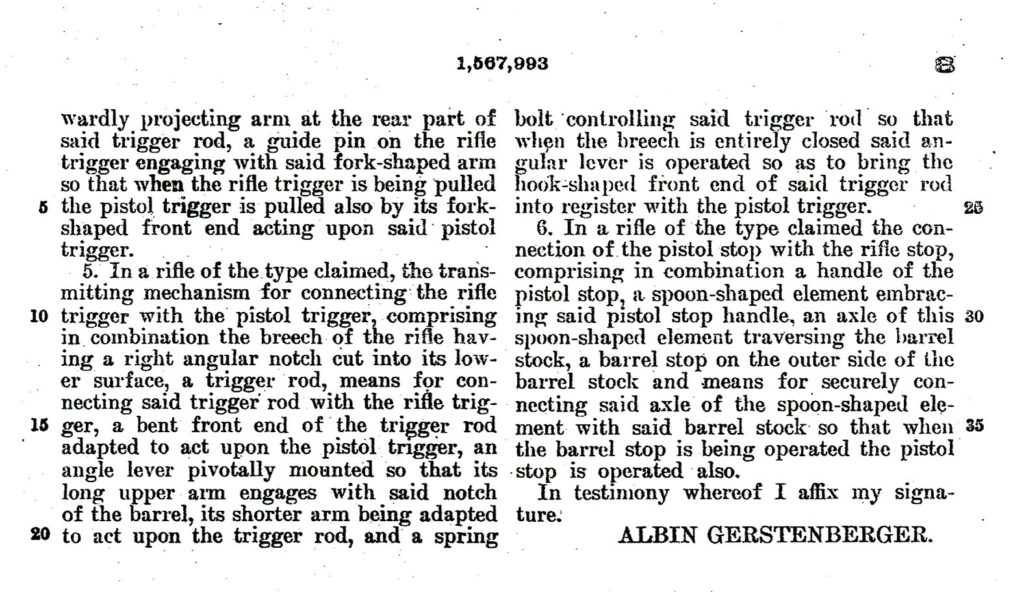 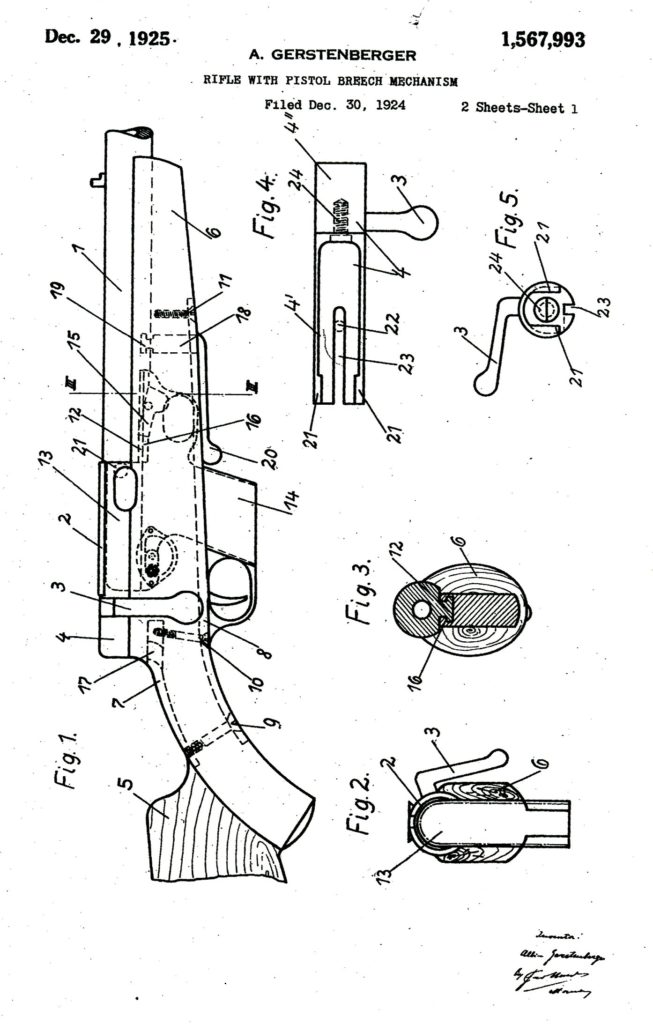 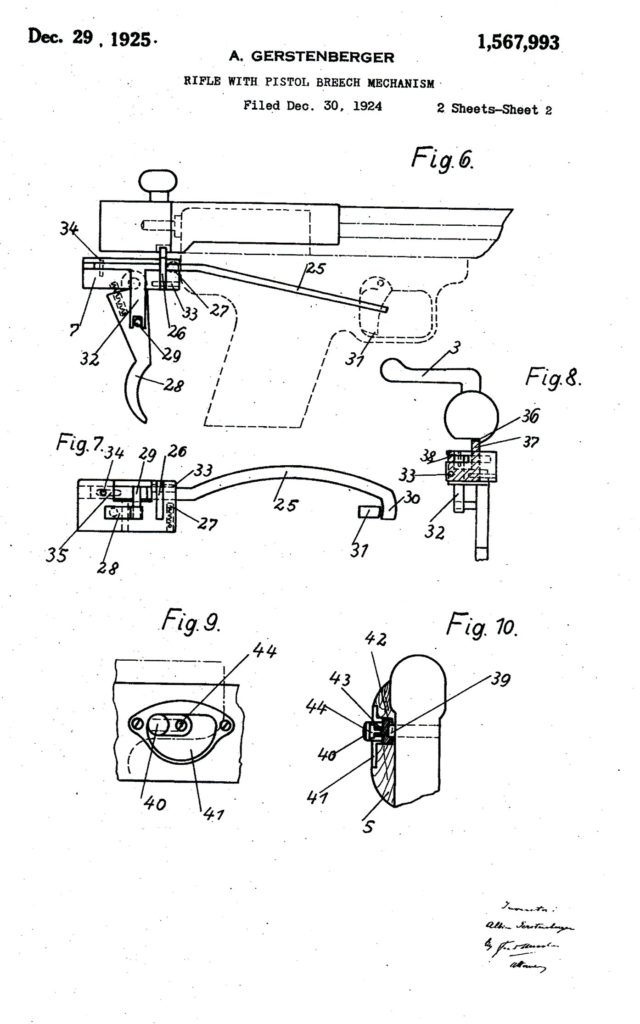 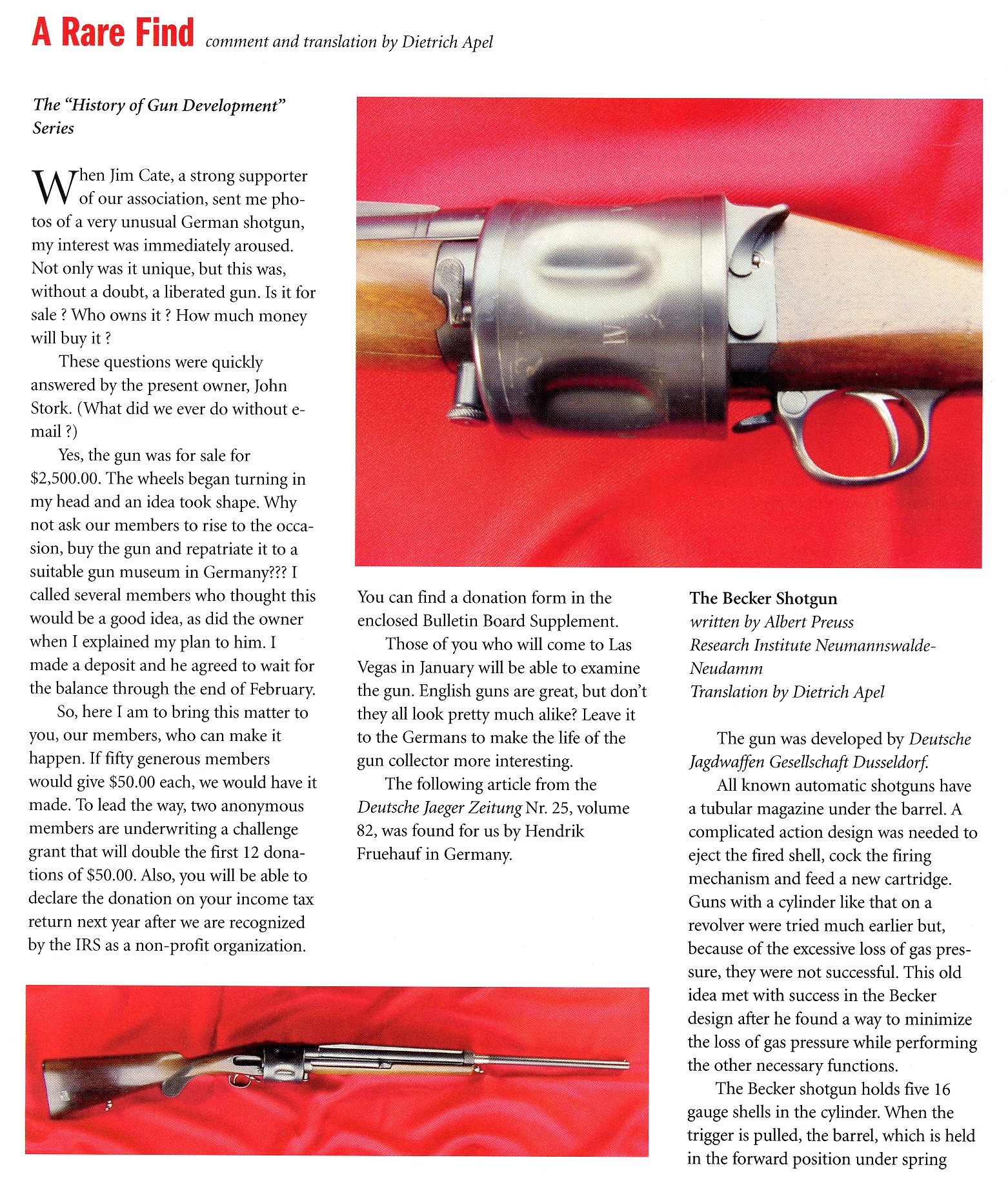 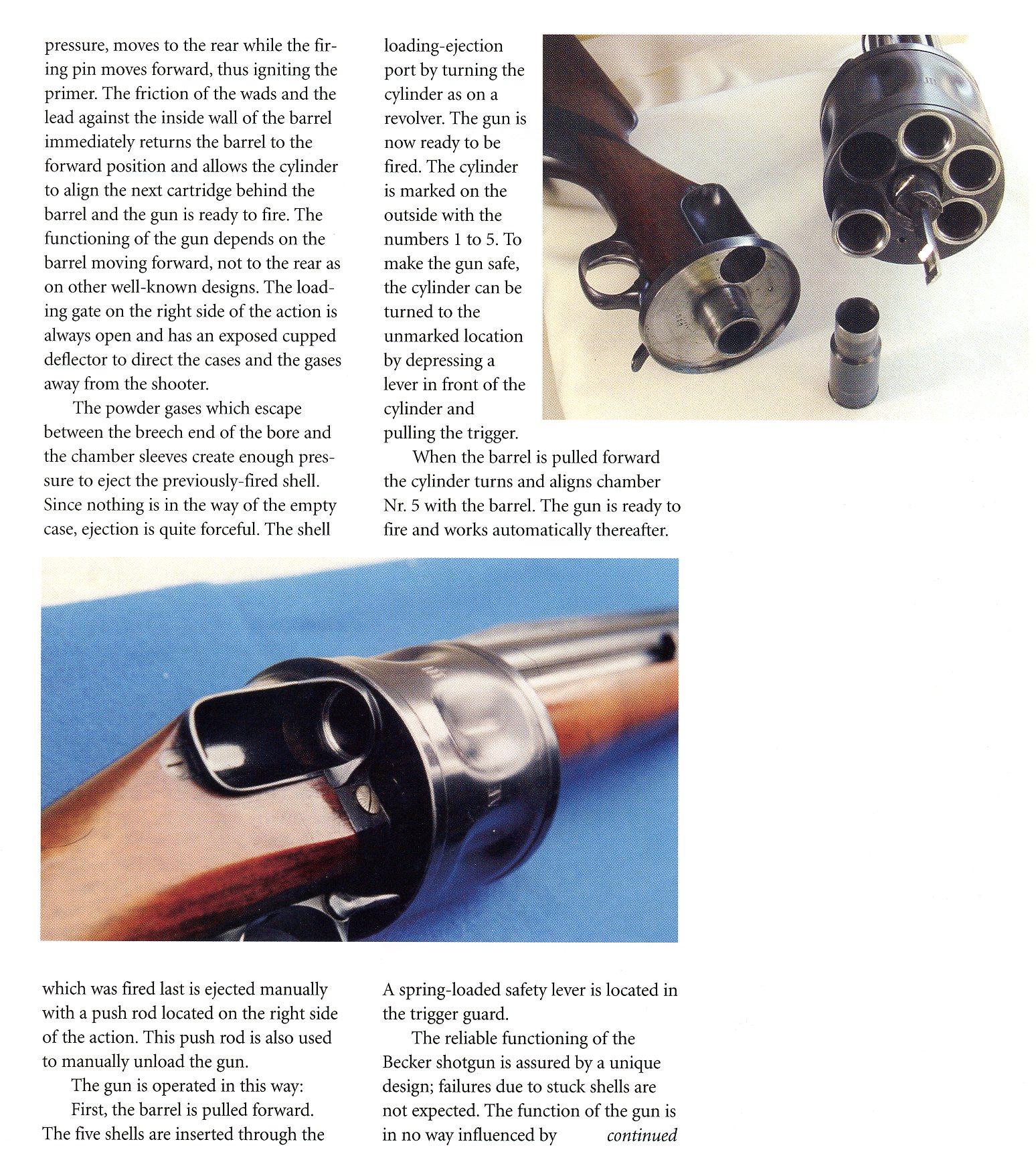 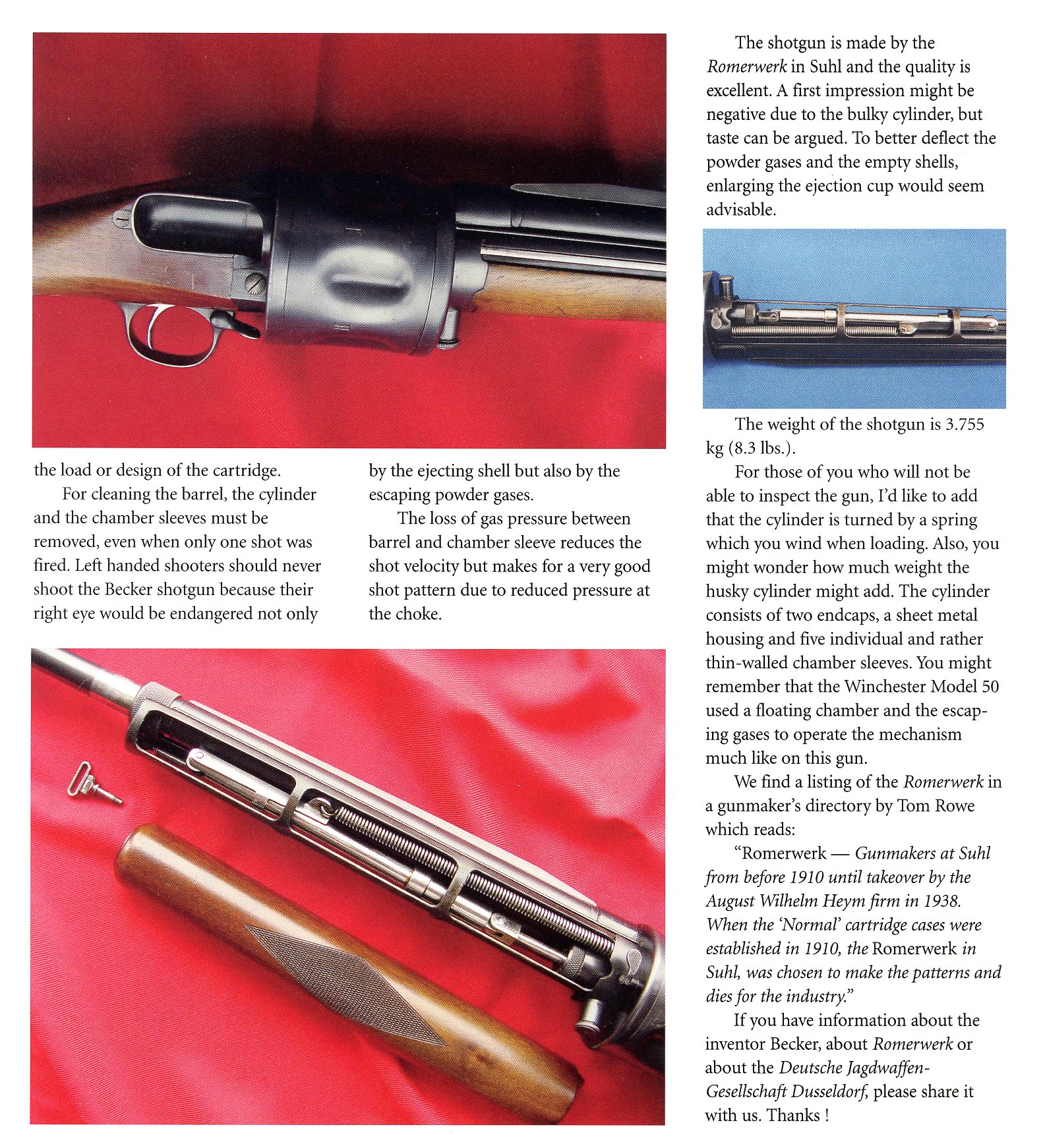 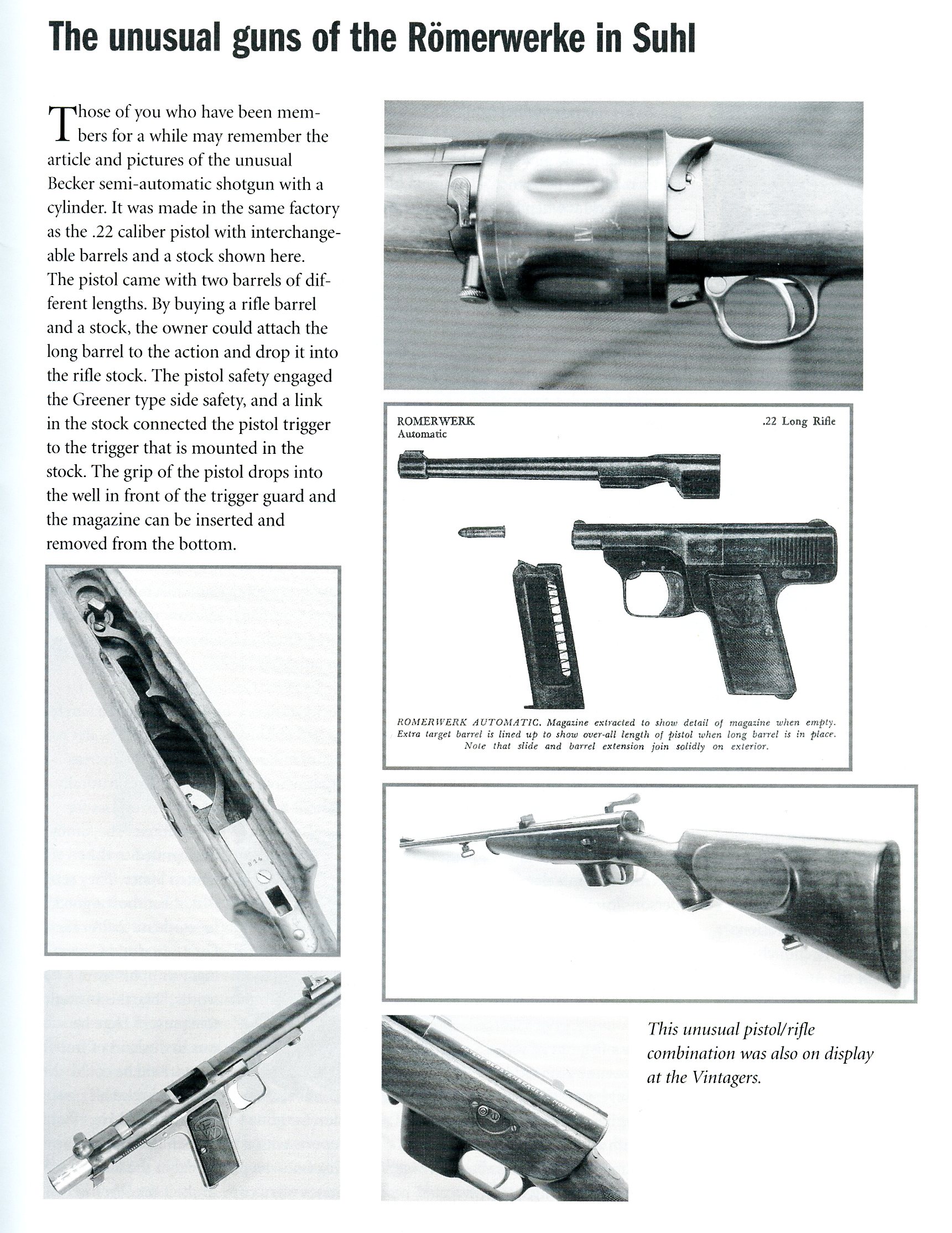