At some point (perhaps at the time of Frans Baaders death) Johann Miller apparently took over the operation of the firm while keeping the Baader business name.

On Jan. 1, 1876 Valentin Greiss lost his 32 year old wife Franziska to an unknown illness from which she had suffered for 18 months, four weeks of which she had been painfully bed ridden. 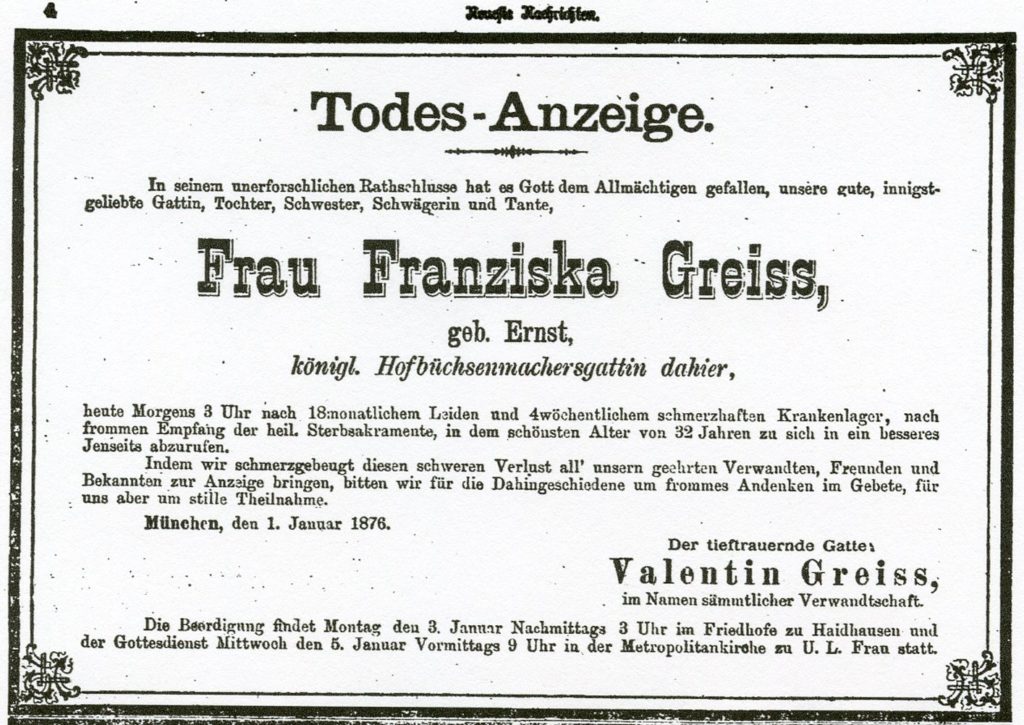 Contrary to what has been written in other sources no Patents (DRP) could be found for either Johann Miller or Valentin Greiss. After Val. Greiss passed away in 1890 at the age of 55 the gun making business apparently was sharply curtailed. The Miller and Val Greiss firm always specialized in artistic high end and high quality firearms.

Following are four advertisements from the 1895 Der Deutsche Jäger periodical. 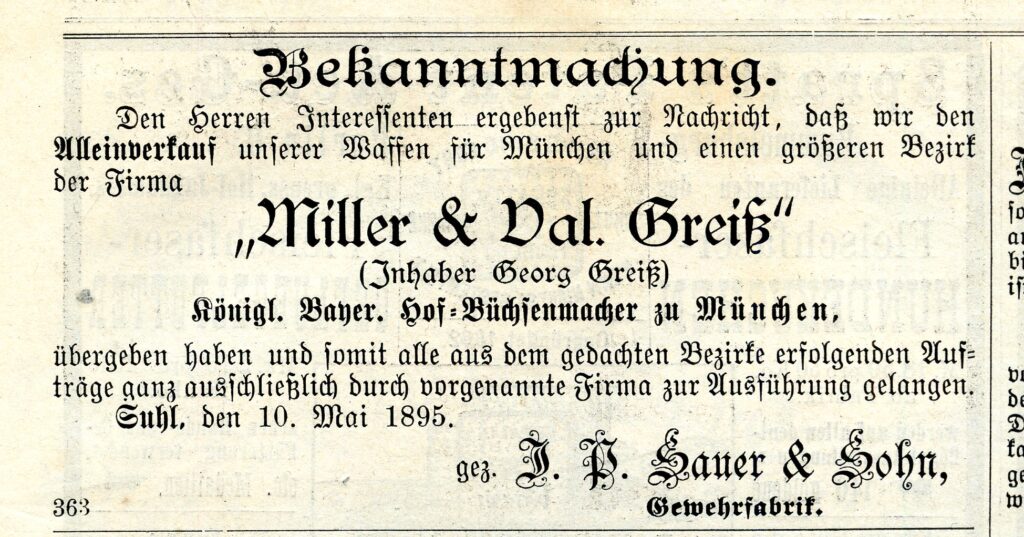 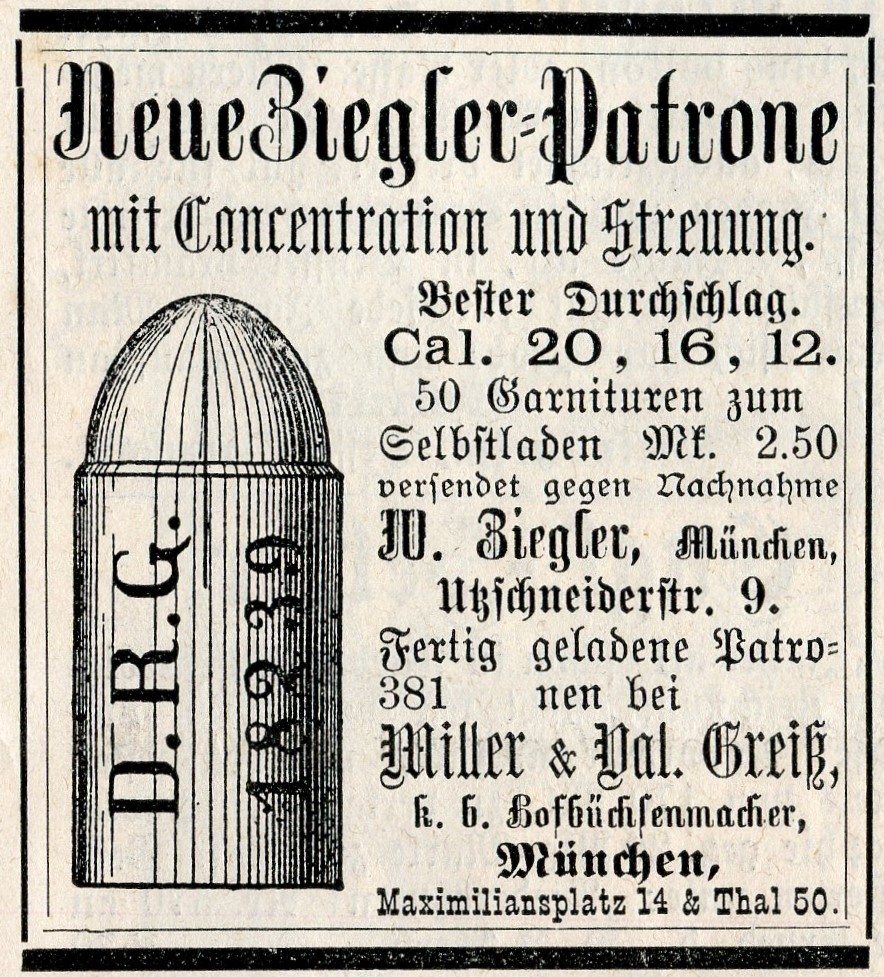 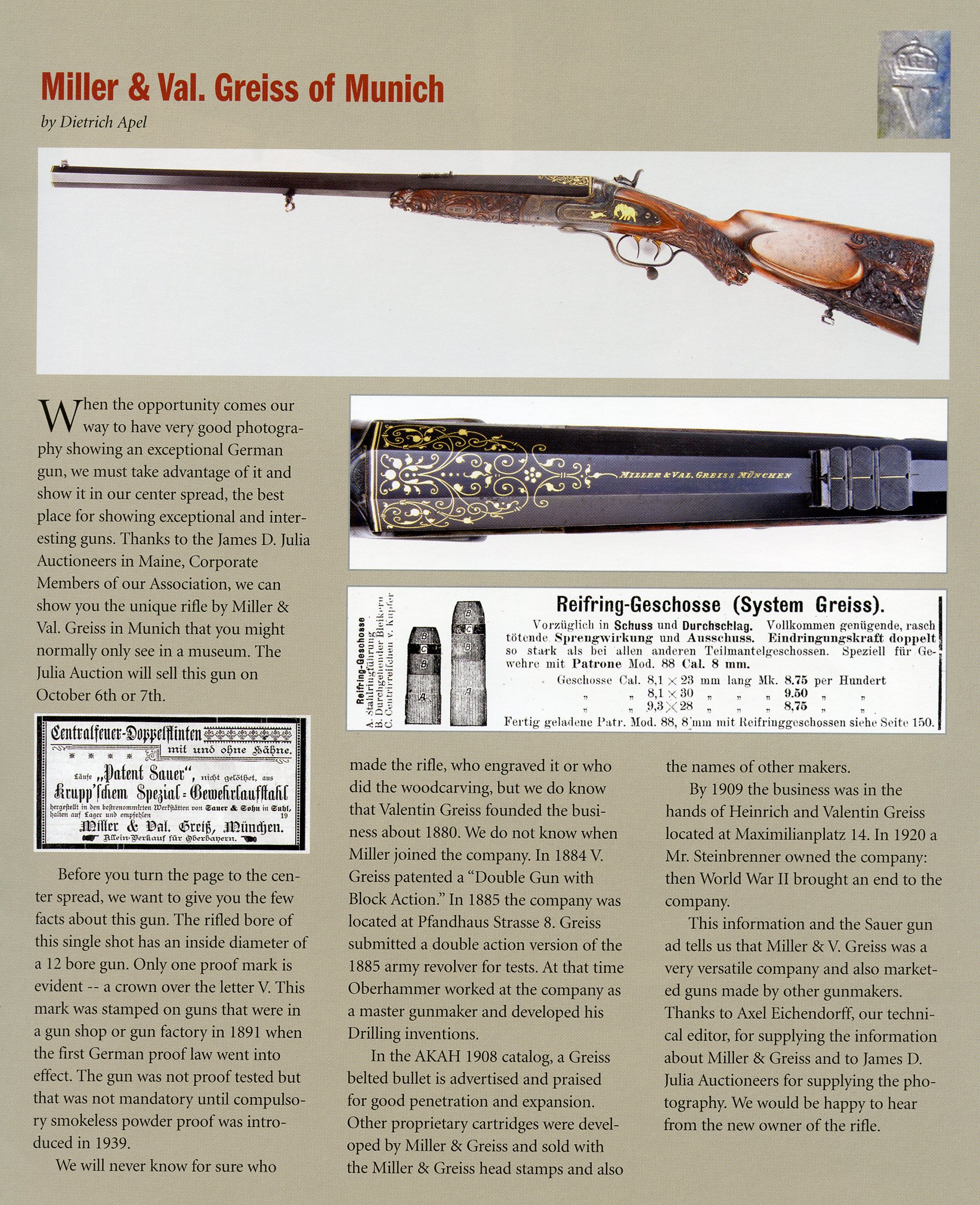 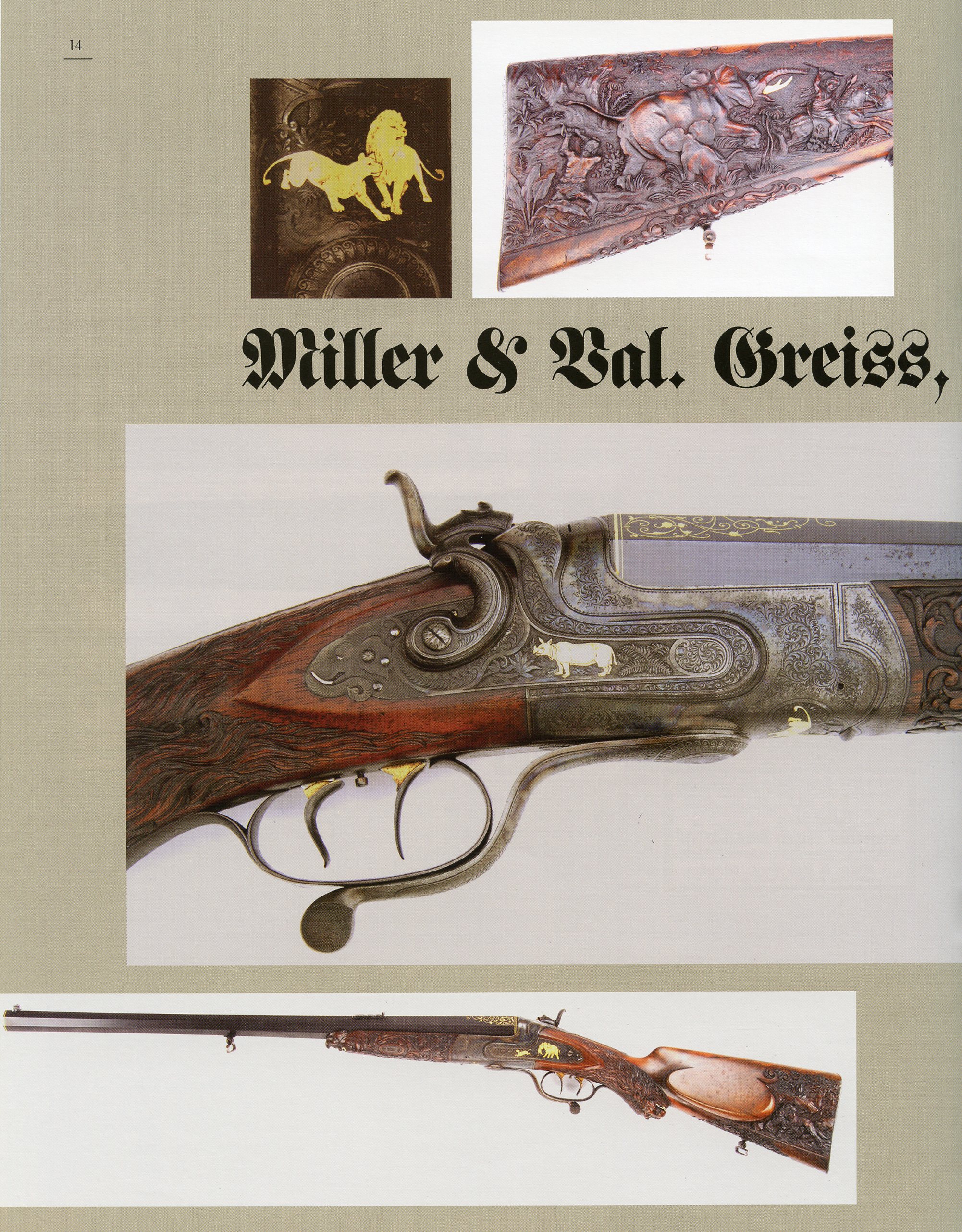 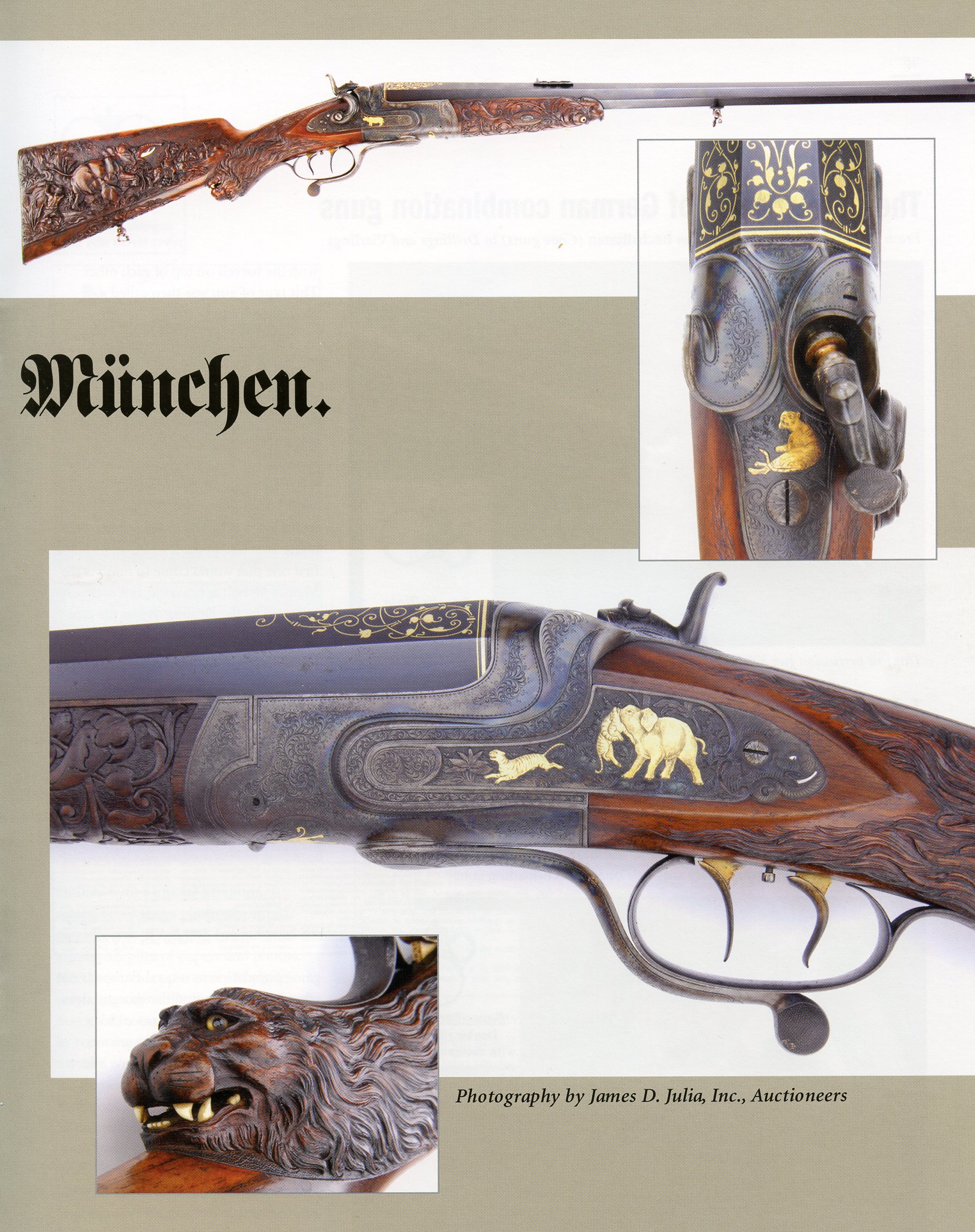 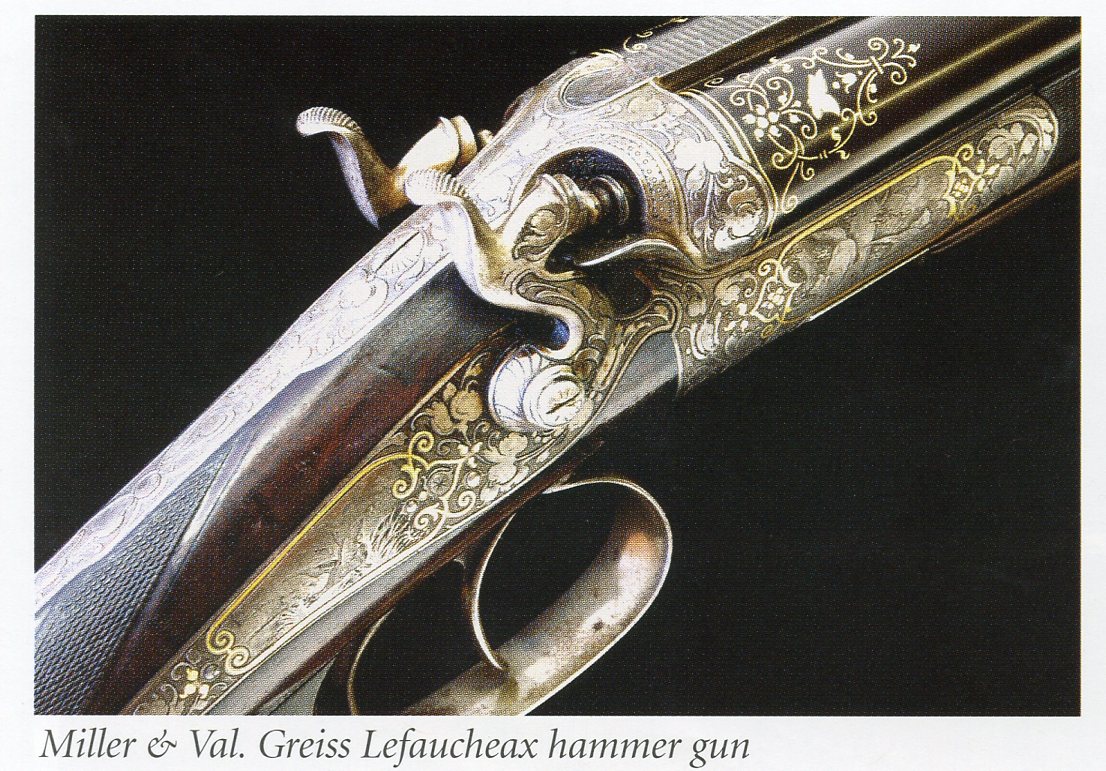 On April 15, 2018 the Rock Island Auction Company sold an unusual side by side breech loading rifle made by Miller & Val Greiss. It is .45 caliber with 24 1/4″ barrels and is serial no. 38303. In the Auction description it is noted that the barrels and receiver are one piece. Supposedly consigned by the Great, Great Grandchild of Emperor Franz Joseph I of Austria. The following two images are courtesy of Rock Island Auction Co.

The following photo is courtesy of Mr. Helmut Sakschek, a Wisconsin collector and shooter. 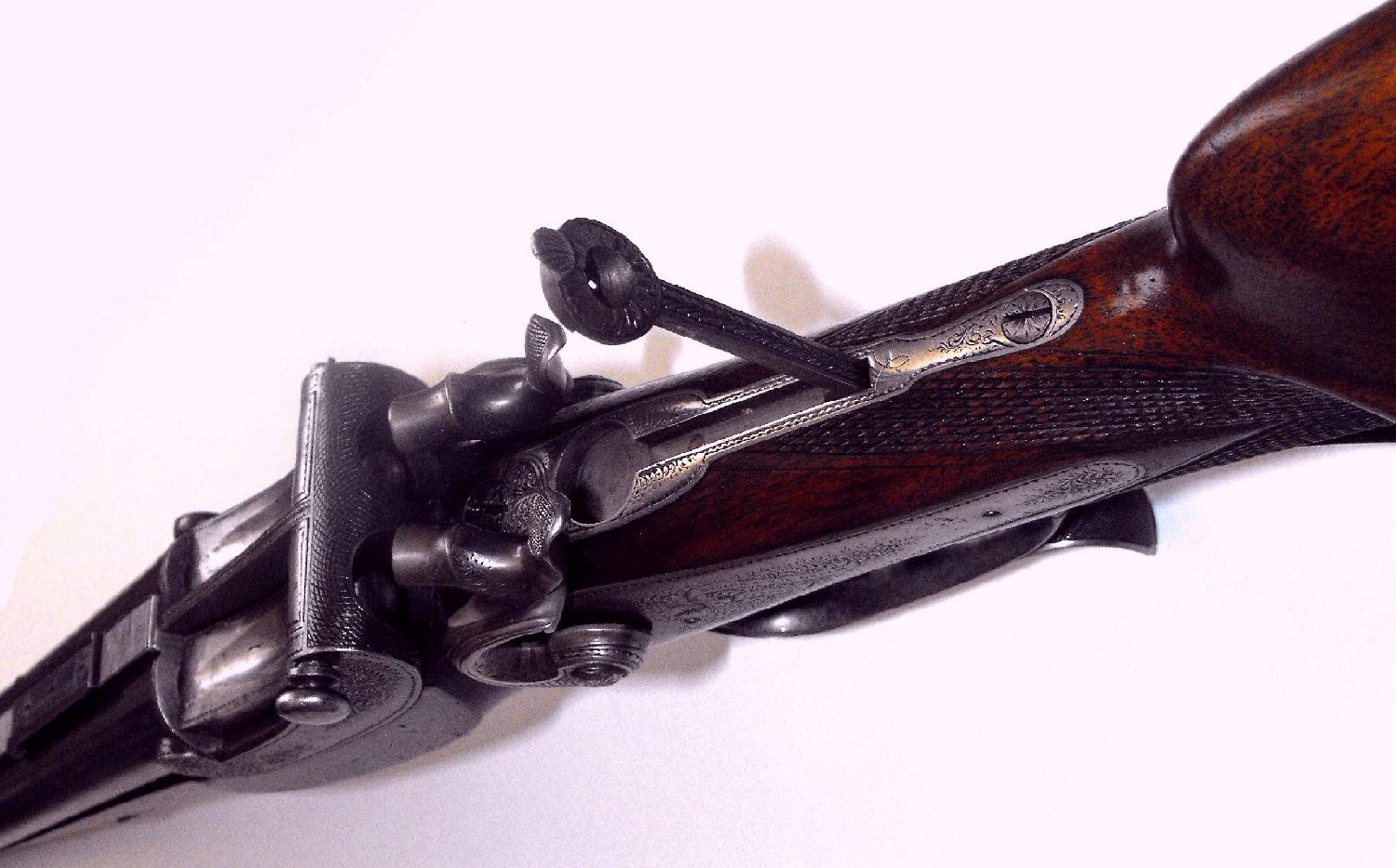 The following images are courtesy of the Auction house- 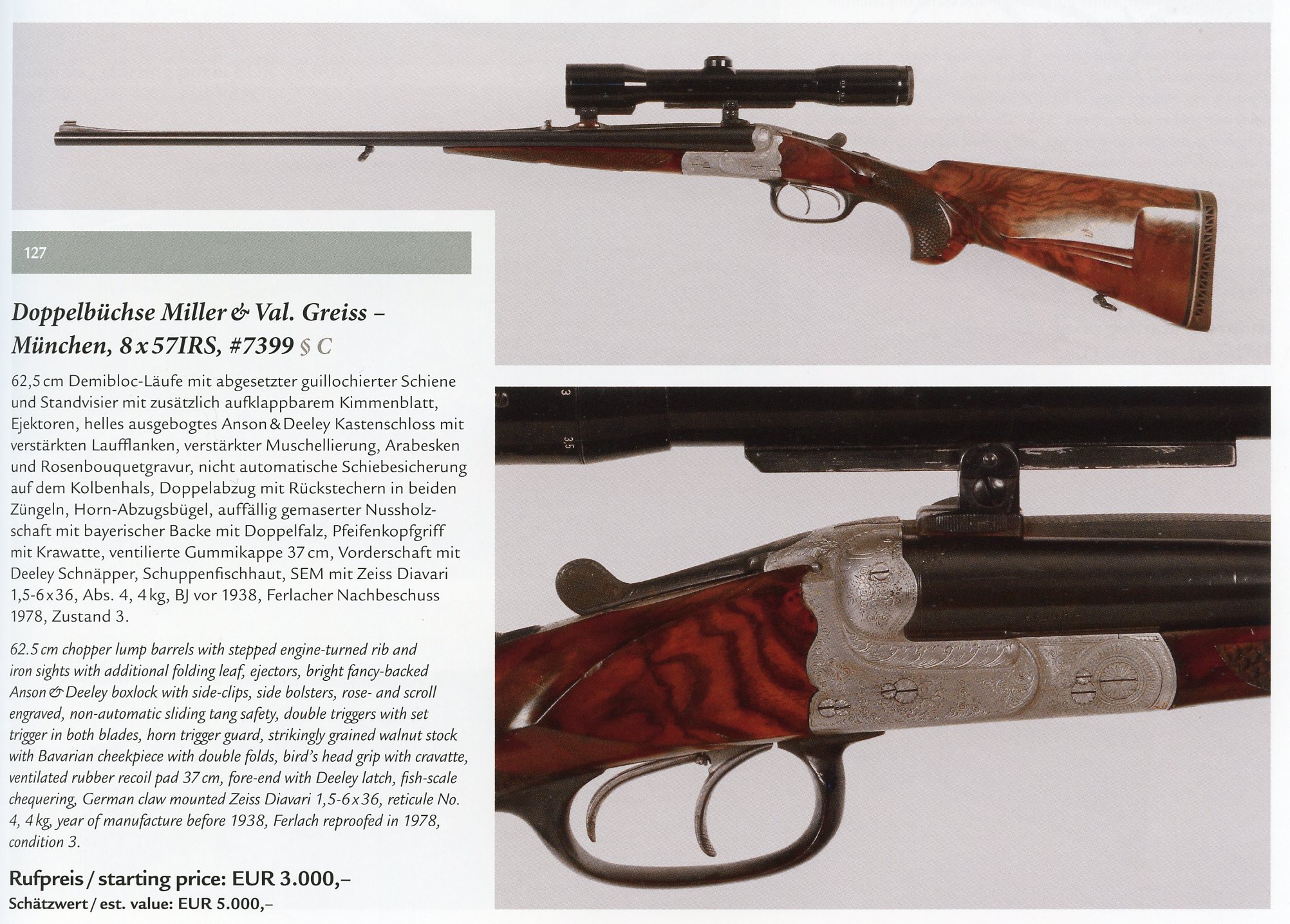