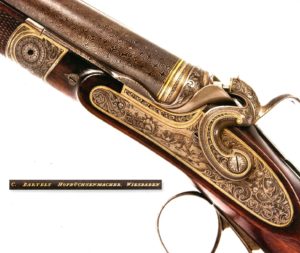 The Hofwaffenfabrikant Friedrich Jacob Bartels was located at Bahnhofstrasse 5, Wiesbaden, in 1896. In 1910 his address was Bahnhofstrasse 10. So far as is known, all Bartels guns were made in the Suhl and Zella/Mehlis area either in Bartels’ shop or by gun makers who contracted to make guns marked as Bartels. From 1889 to 1899 Hermann Weihrauch ran the Bartels shop in Zella St.Blasi (later Zella-Mehlis).

The firm was still in Wiesbaden in 1973 but only as a retail gun and sporting goods store.”

He is listed as a pensioner in 1908. He most likely ran a shop or business in Zella, because he signs “in Wiesbaden & Zella”. Hermann Weihrauch, who later founded his own company (HWZ), was in charge of this shop from 1889 to 1899.

This information comes from the Gunmakers Directory by Tom Rowe and from Der Neue Stoeckel: by Heer,

The following article appeared in Journal Nr.40, and can be ordered from the Germanic Gun Collectors Association. 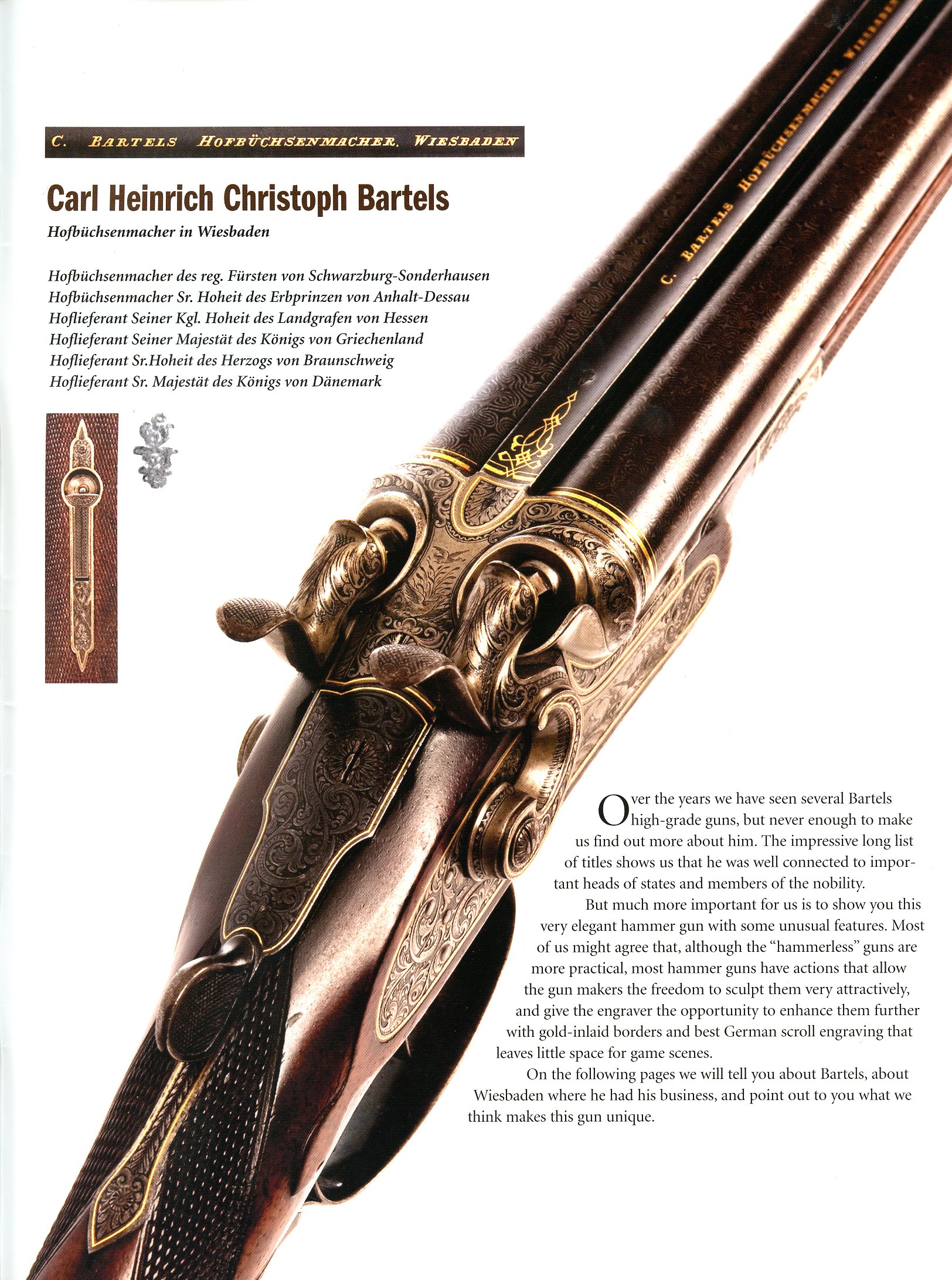 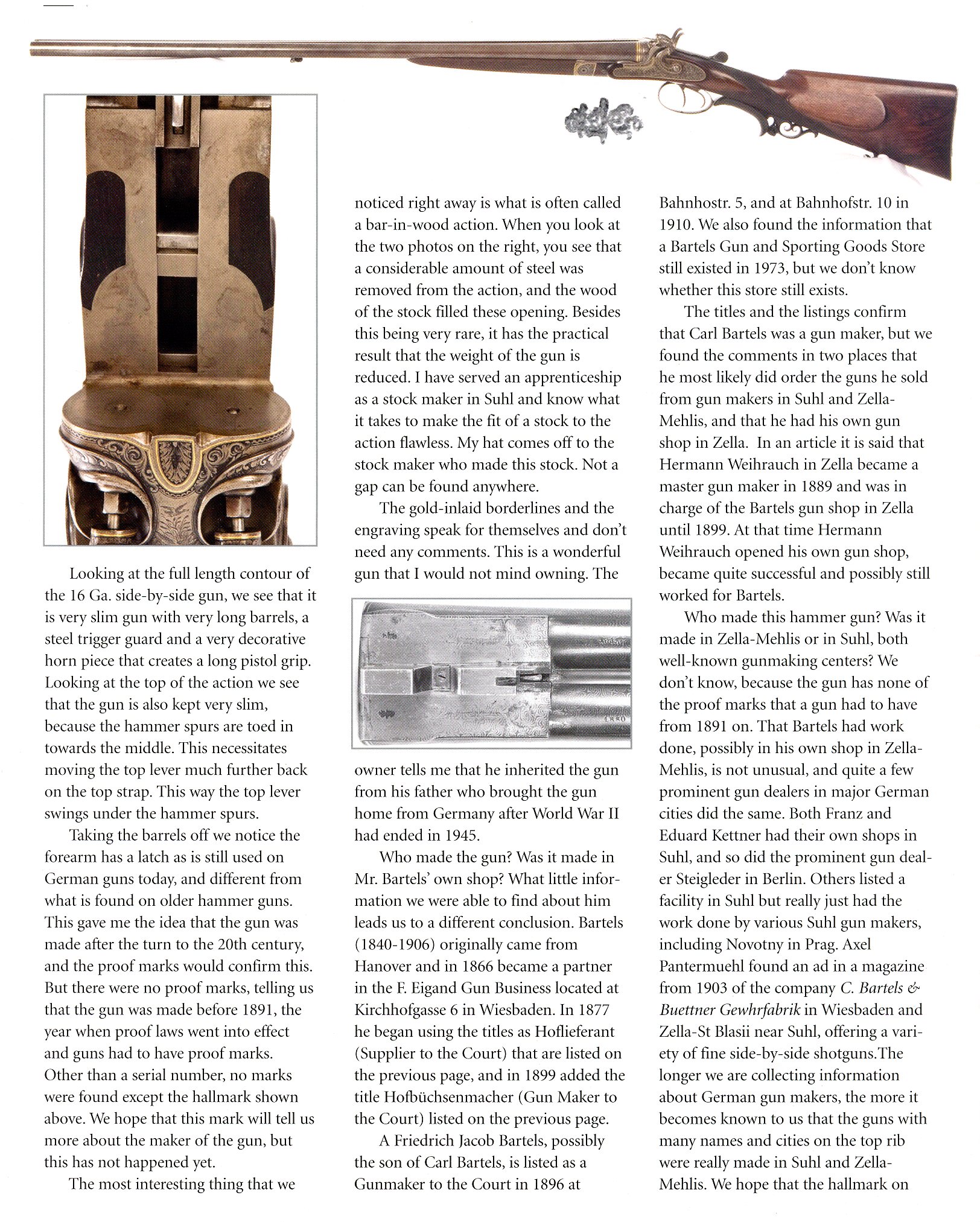 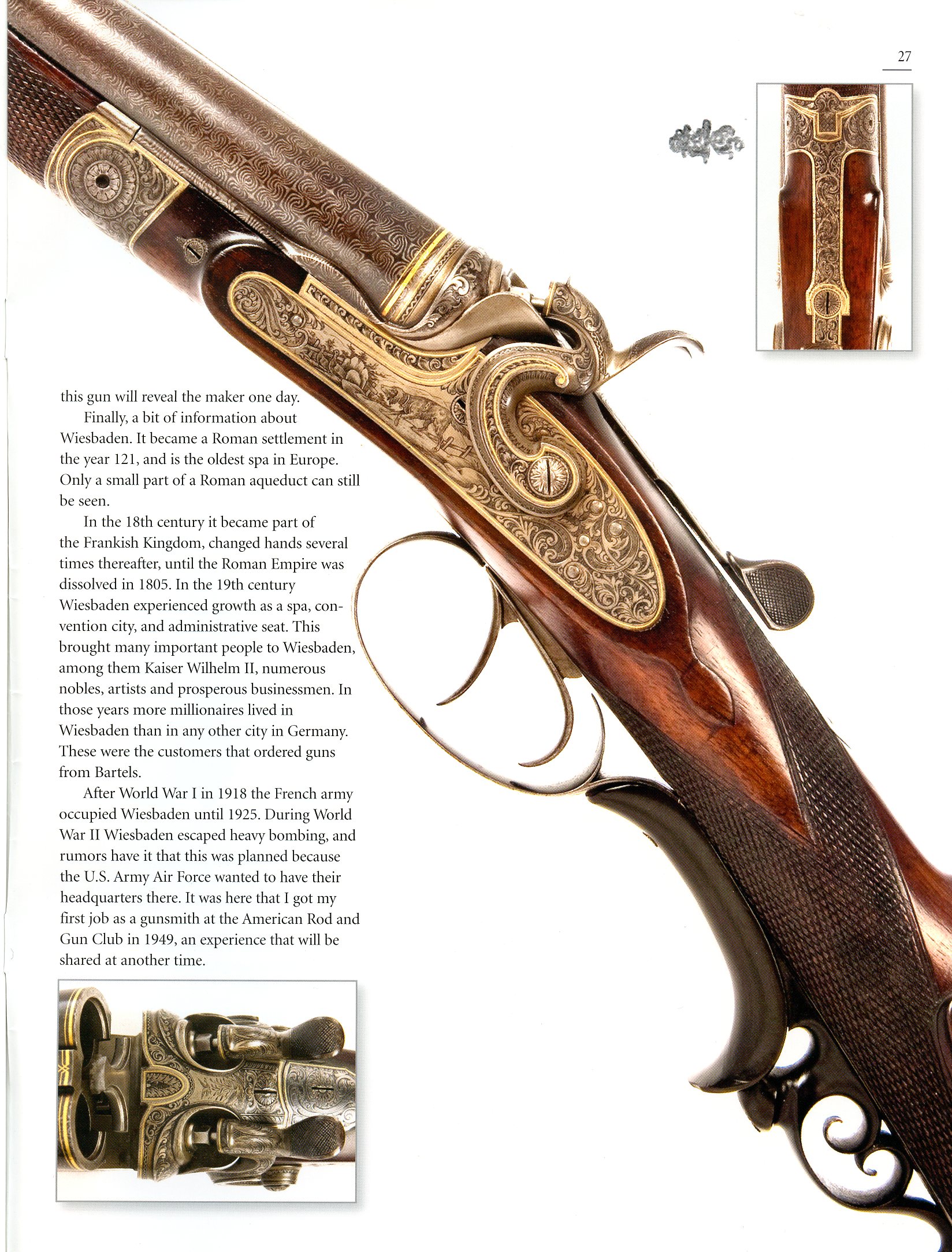 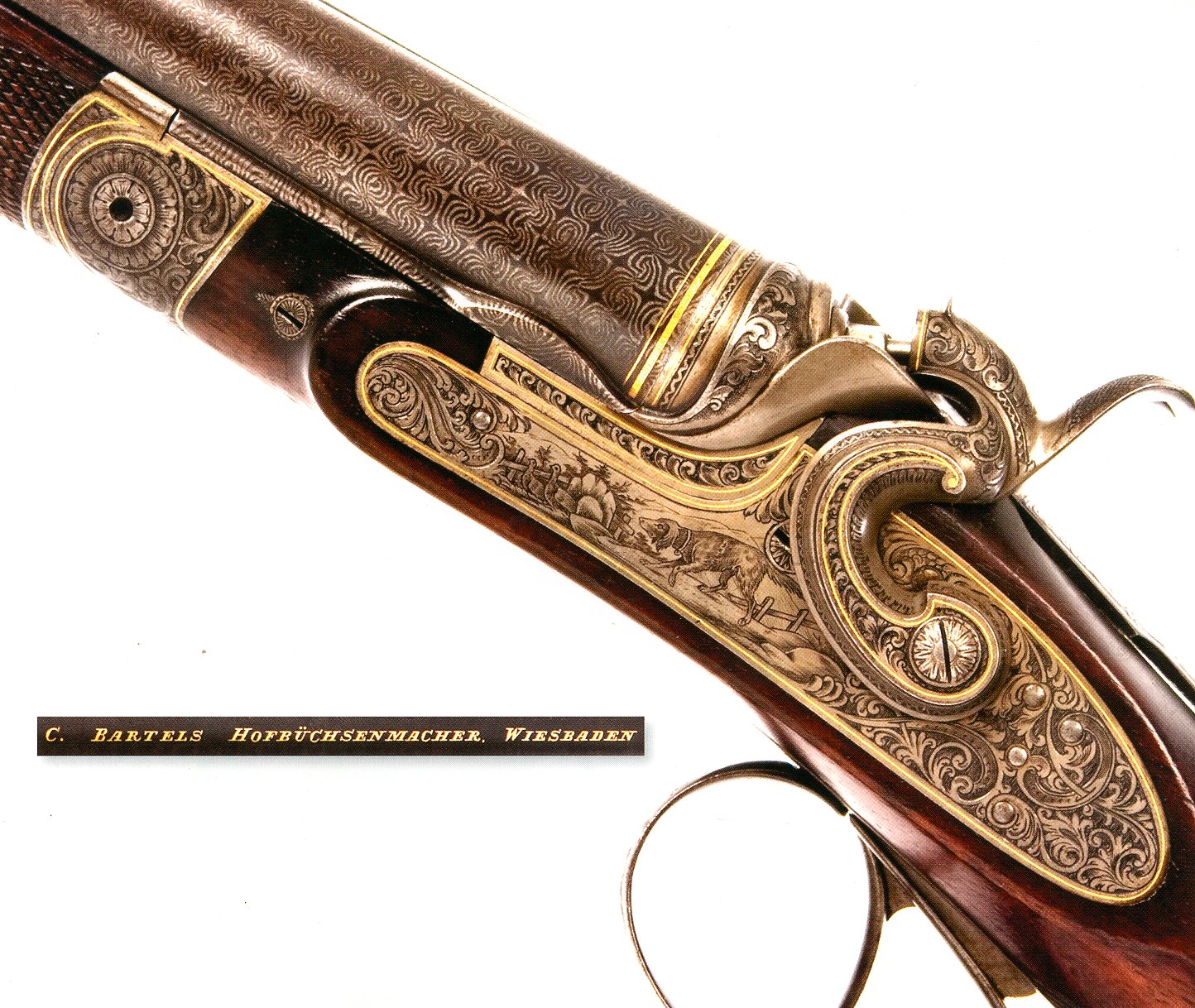 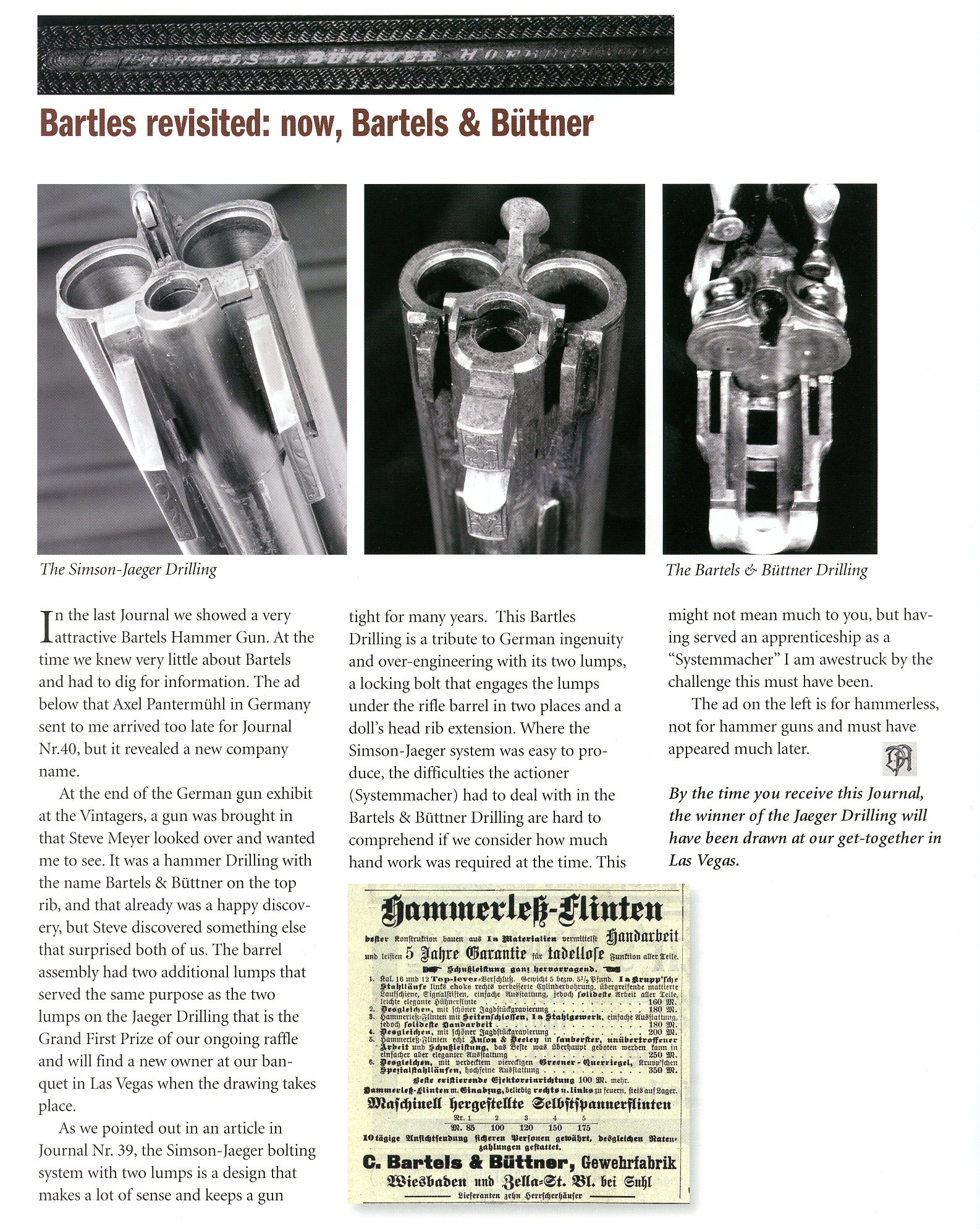