Albert Oskar Merkel was the third son born to the gun engraver Friedrich Ernst Ferdinand Merkel (Aug. 8, 1829-Oct. 7, 1901) and August Luise Funk (July 18, 1835-June 1, 1914). Very little is known about Oskar’s private life and business. It is believed that he worked for or with his brothers Gebhard and Karl Paul. On Feb. 1, 1894 Oskar and his wife Rosalie (daughter of Philipp Büttner) registered as an independent business but he still worked with his brothers until Feb. 13, 1908 when he founded Oskar Merkel & Co. with the brand name Merco. The Oskar Merkel firm was located at no. 60 Judithstrasse and this address was also the Merkel home. Two of their neighbors were Ernst Steigleder and Bernhard Merkel with whom he did business.

Oskar and Rosalie had five children two of which were sons Paul Ernst and Franz. They learned the gunmaking trade and Paul carried on the business when Oskar retired around 1930. Franz married the daughter of Udo Anschutz in Zella-Mehlis and in 1925 went to work for Udo in the Anschtz business.  Paul carried on the business of making Drillings and shotguns until the end of World War II in 1945. In the 1930’s one of the products of the company was the Merco trigger unit which was used by several gun makers in their bolt action sporting rifles. 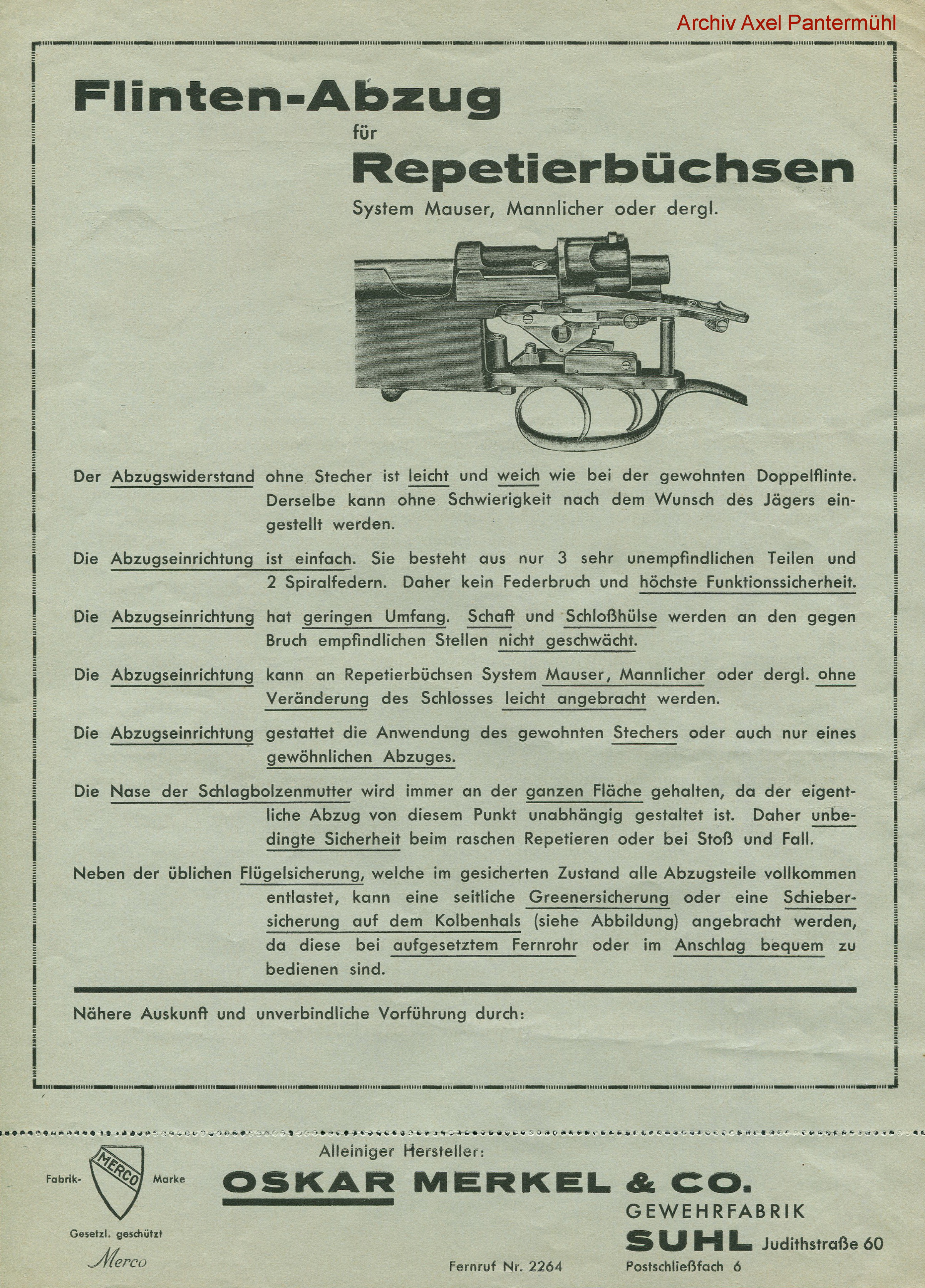 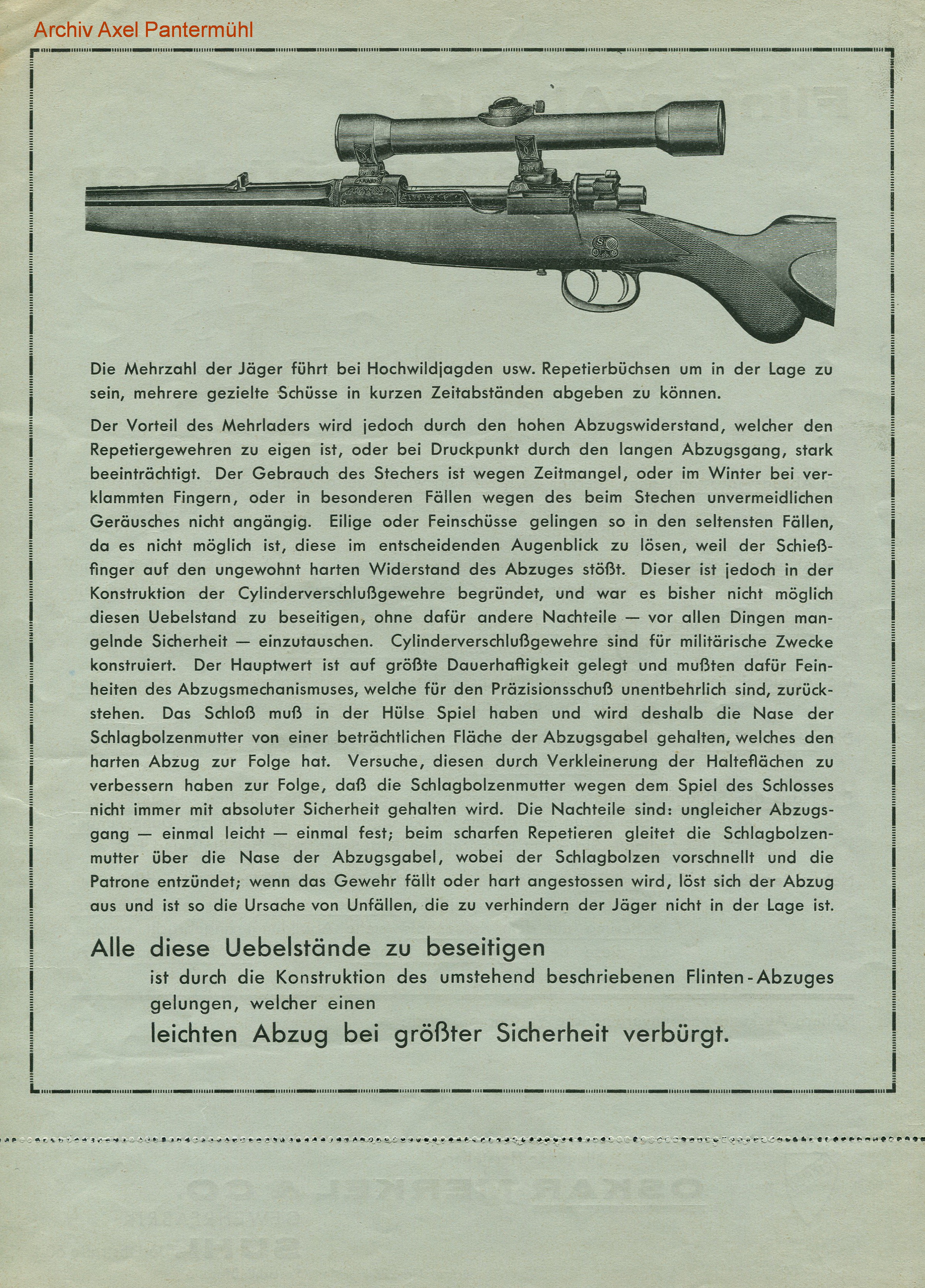