The German Gun Collectors Association has a Gebrüder Merkel catalog reprint available for purchase. Click here to go to their site and to view thier offerings.

A snapshot of the Merkel family history by Larry B. Schuknecht

Before we venture into the articles about the Merkel guns, lets explore a little Merkel family history.  The earliest Merkel I have knowledge of is Johann Heinrich Merkel who had a son-Esajas Christian Merkel (1798-1872). His son Friedrich Ernst Ferdinand Merkel (Aug. 8, 1829-Oct. 7, 1901) became an engraver and married August Luise Funk (July 18, 1835-June 1, 1914). They had 12 children seven of which were sons. The seven sons were-

The Merkel Company was founded on Sept. 1, 1898 by Albert Oskar, Gebhard and Karl Paul Merkel. Albert Oskar built a new shop for the firm. He left the partnership in 1908 and founded his own firm- Oskar Merkel & Co. (Merco).

In a 1926 edition of the Büchsenmacher und Waffenhandler appeared the following article which touted the advantages of the Over-Under separate firing pins with retainers rather than pins that are an integral part of the hammers. 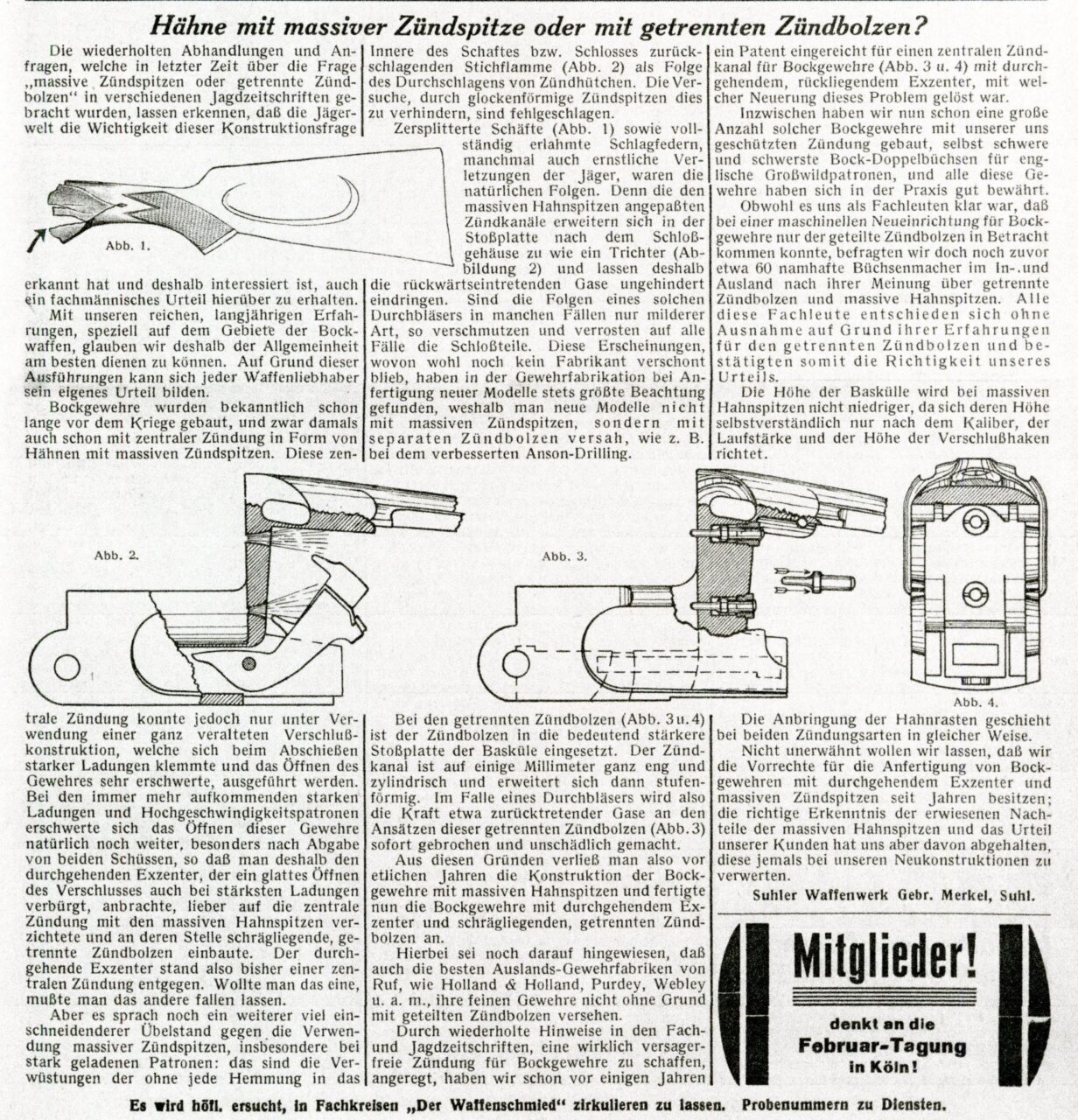 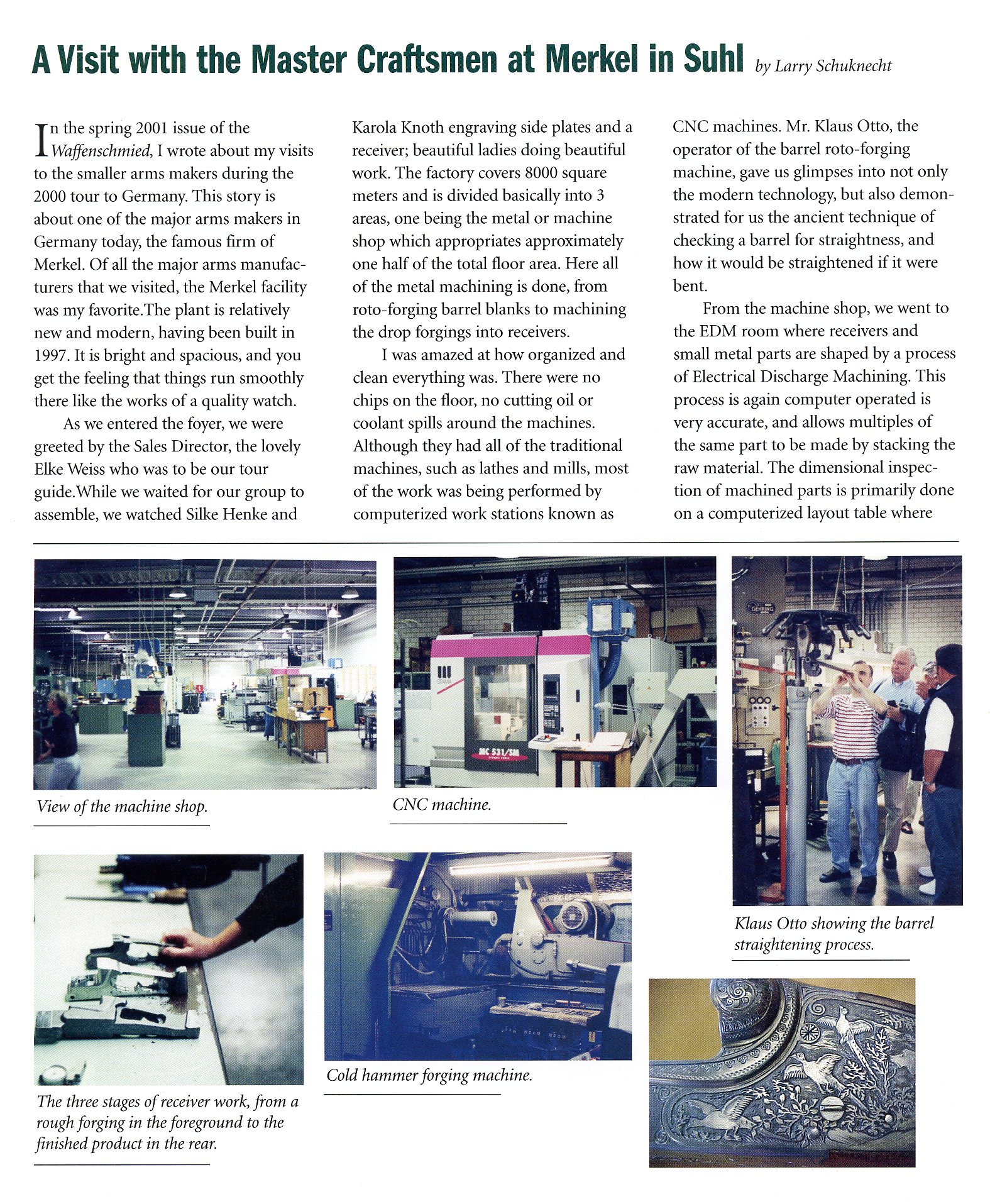 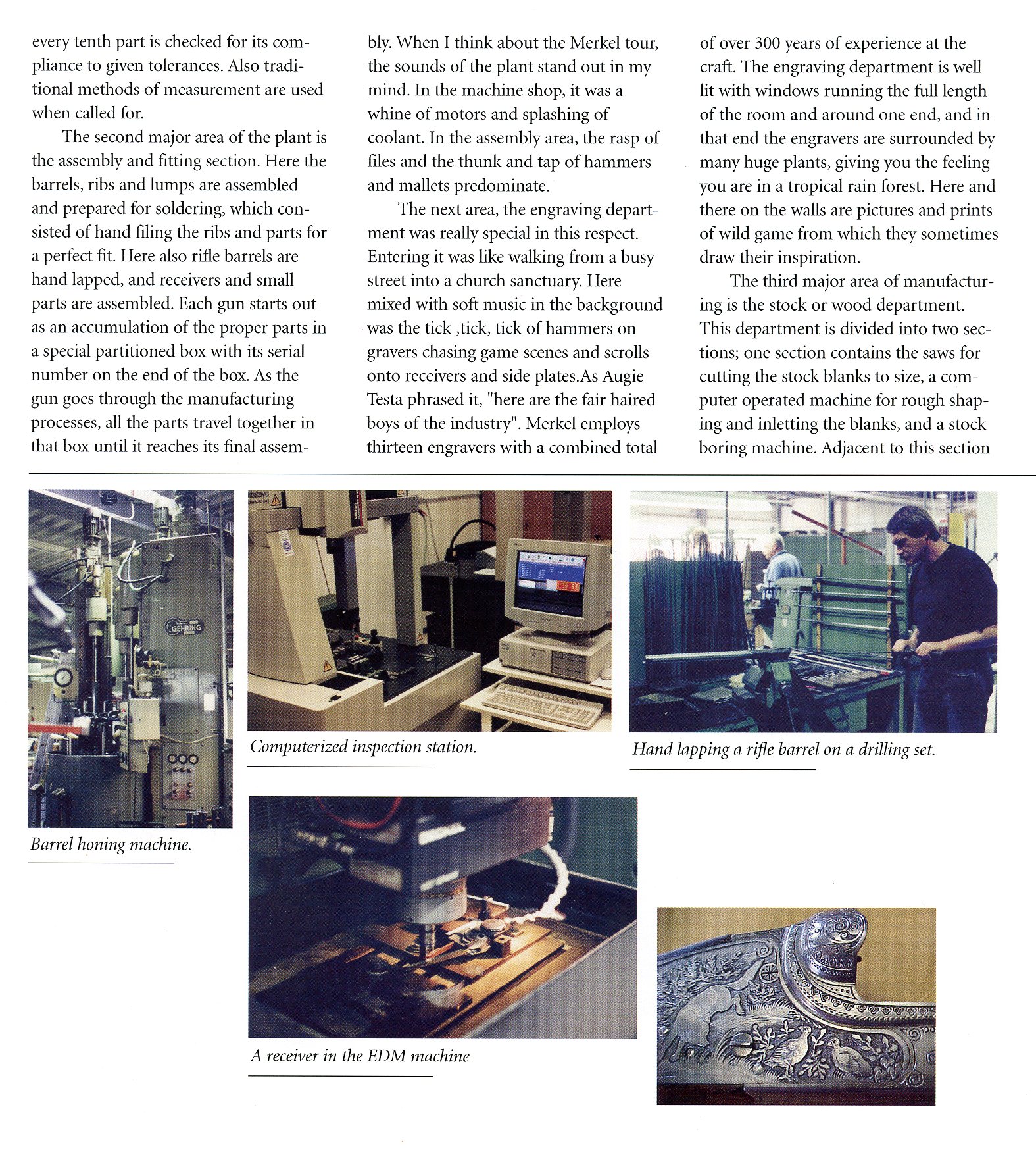 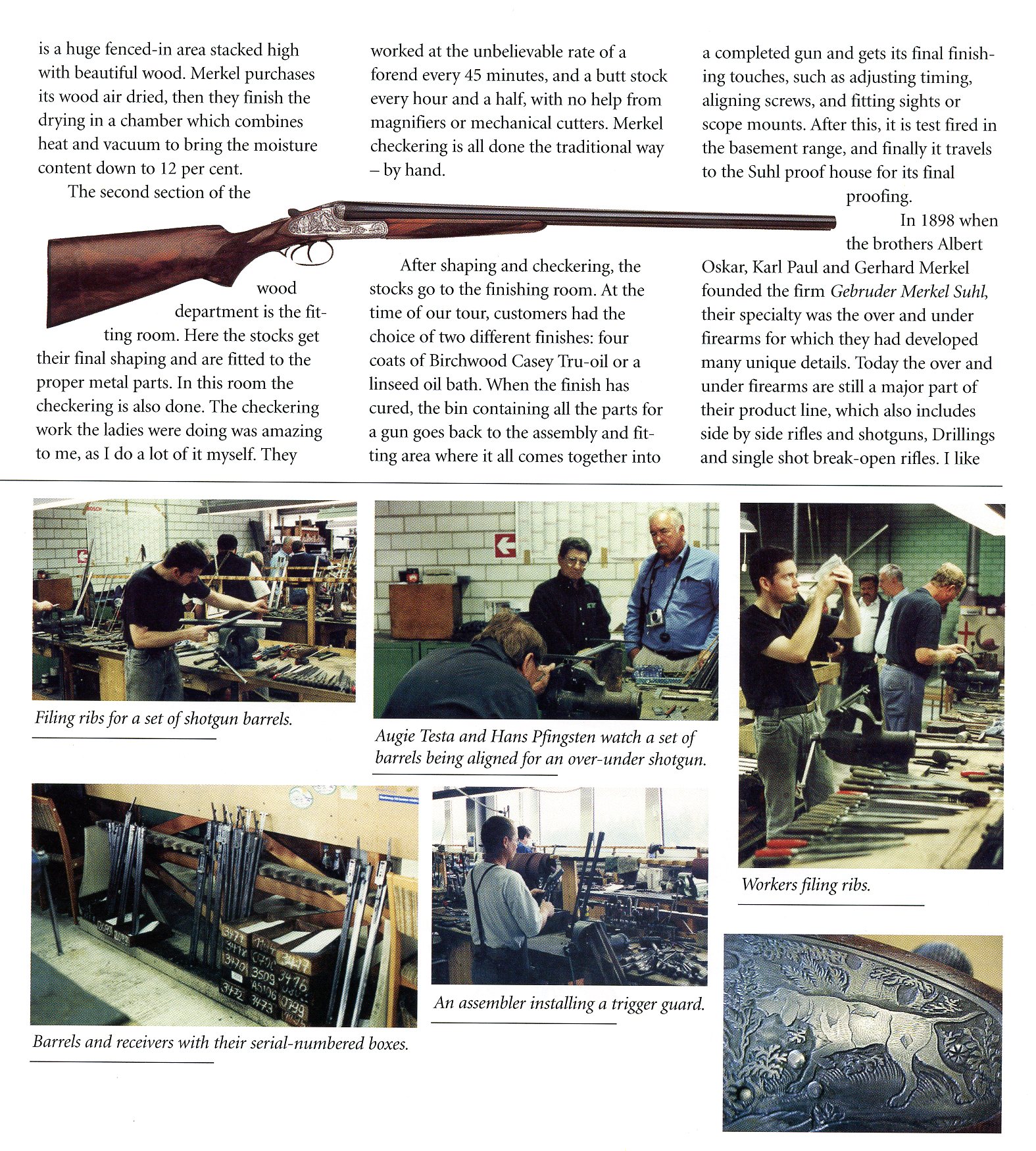 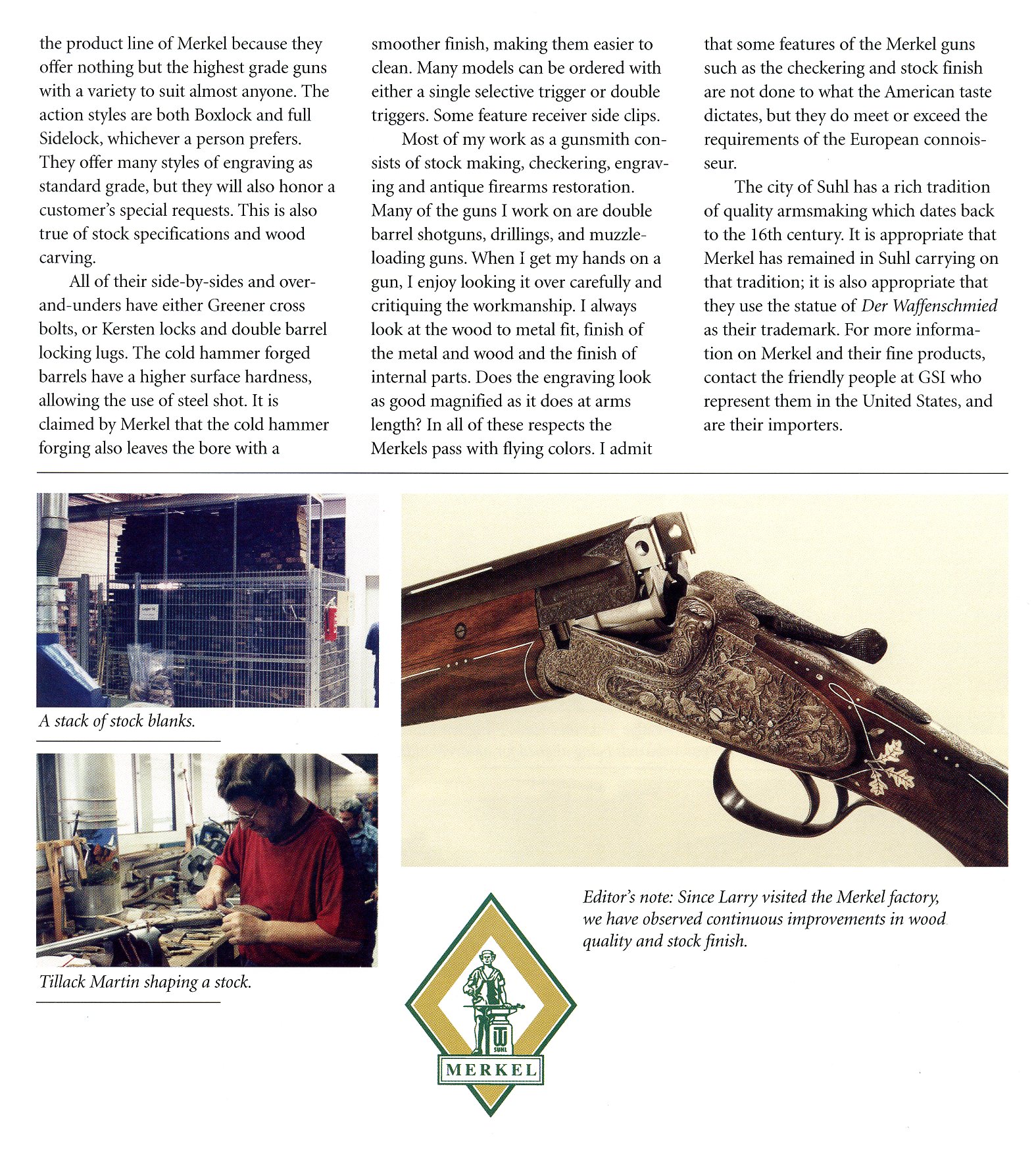 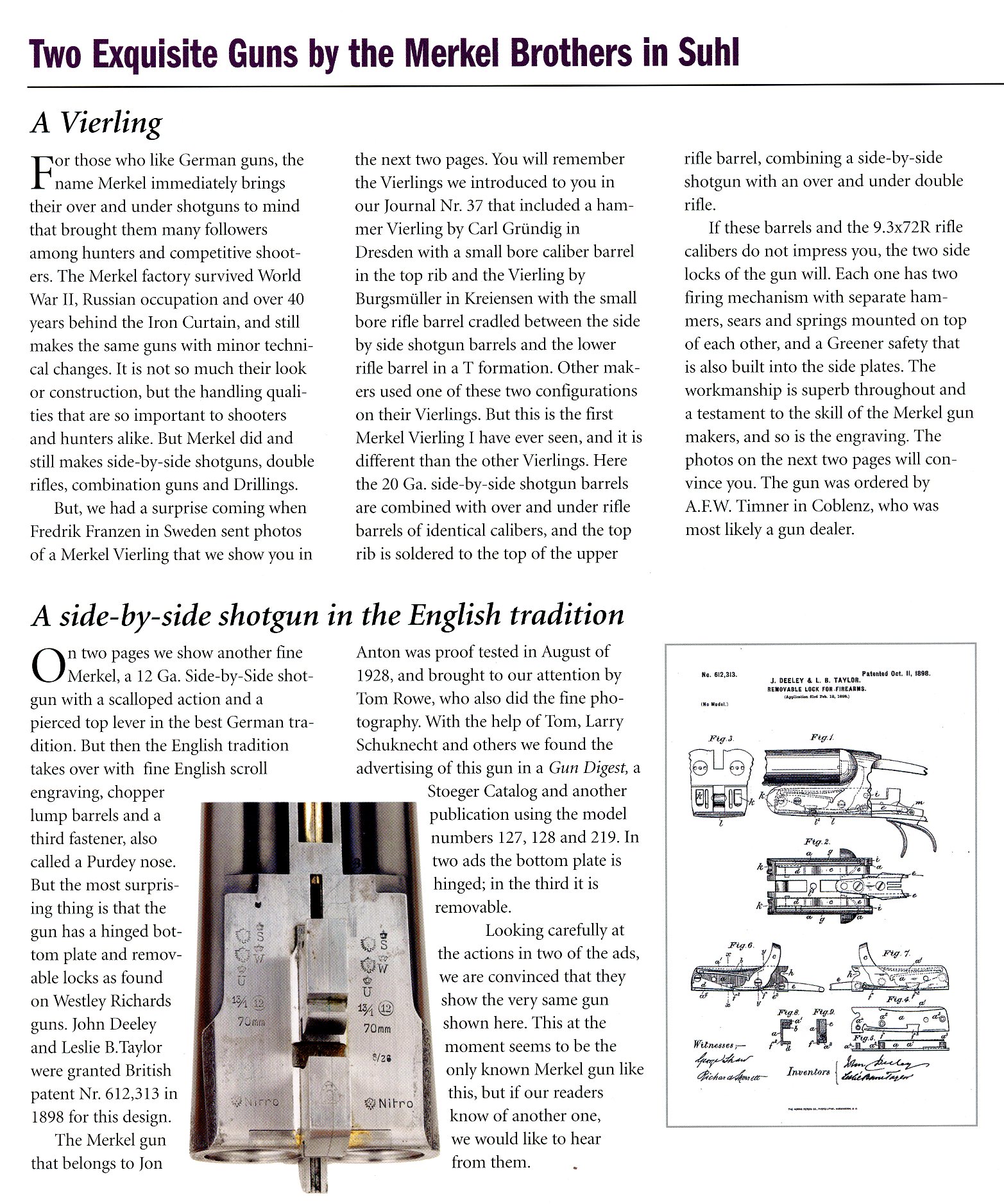 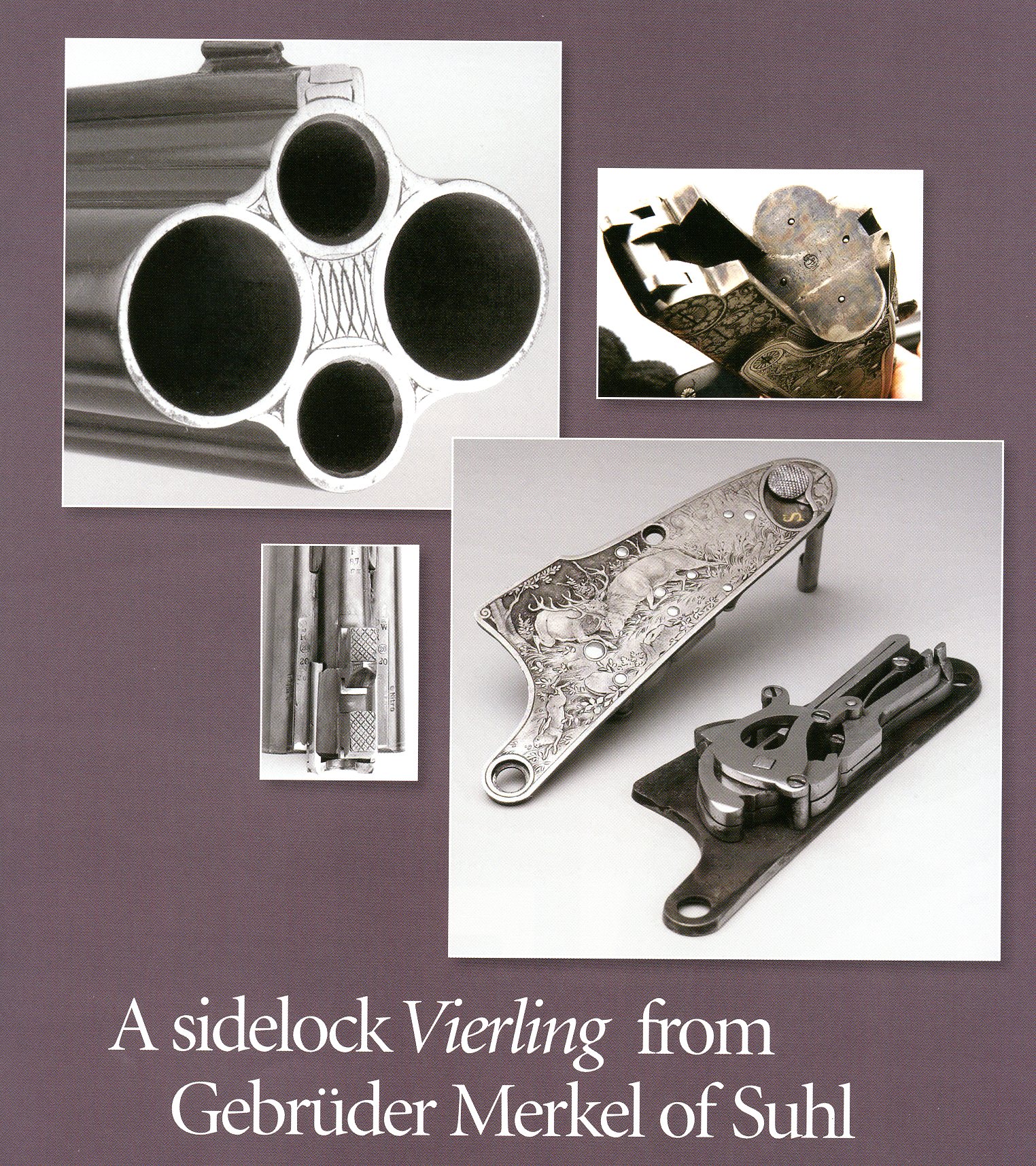 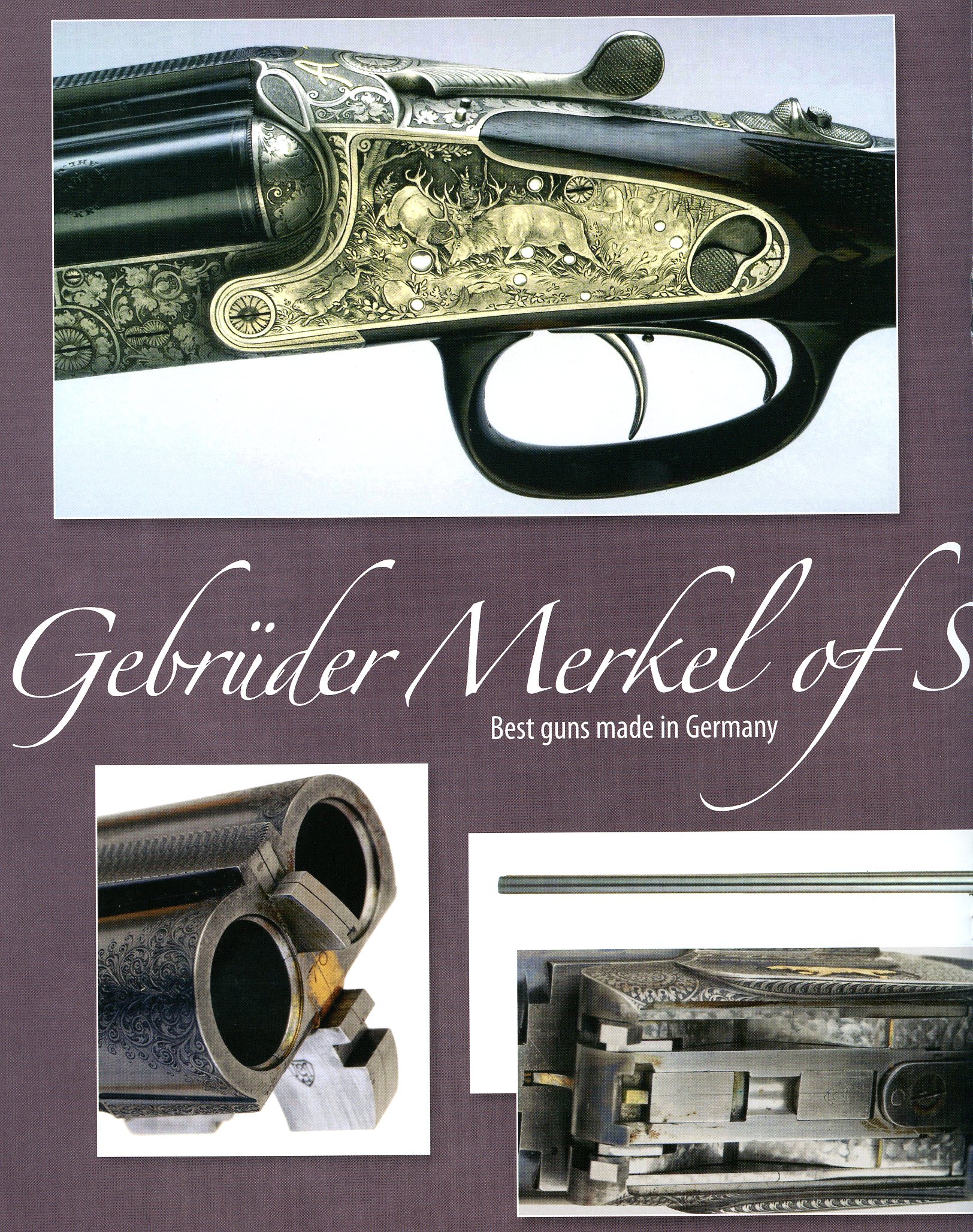 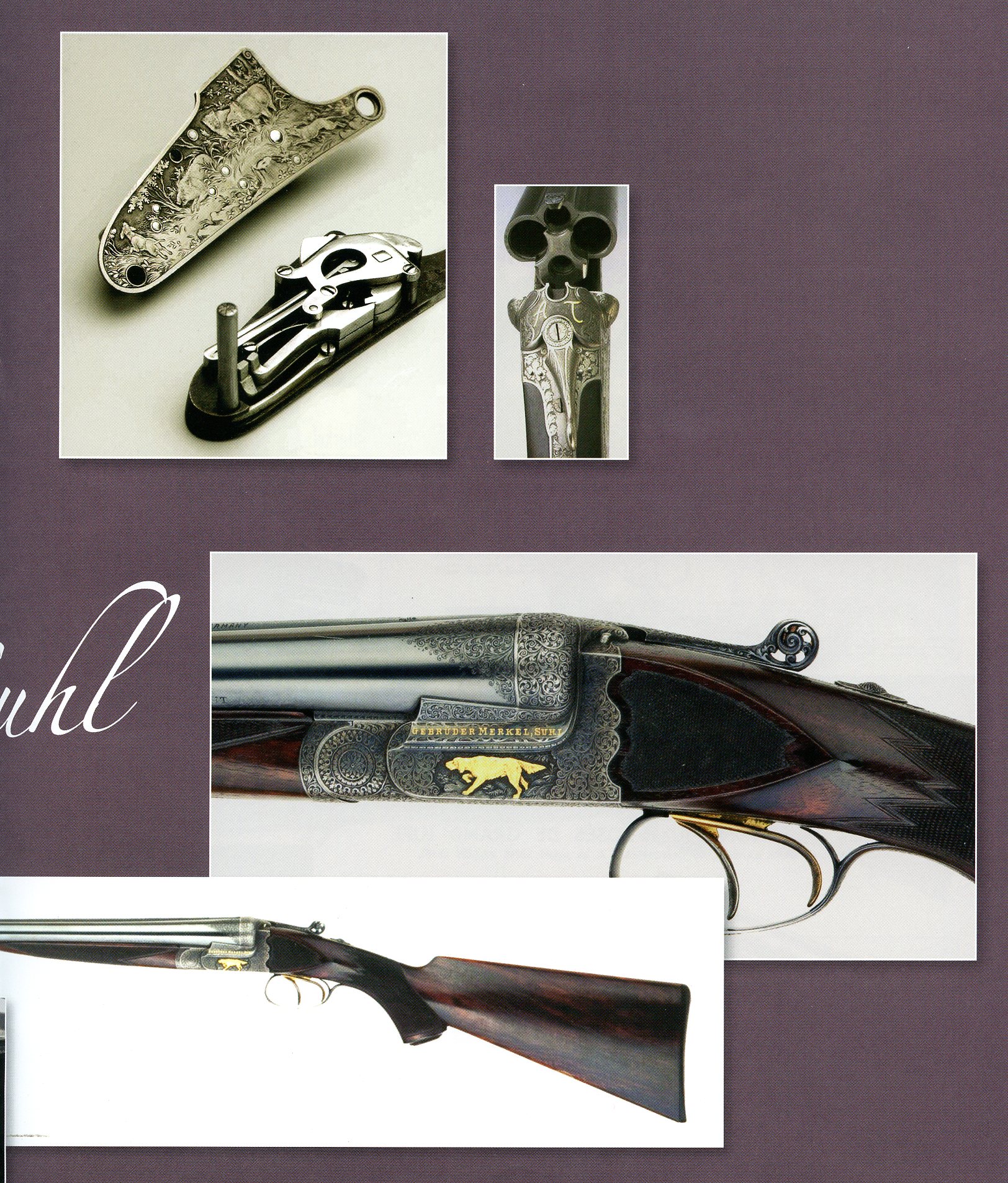 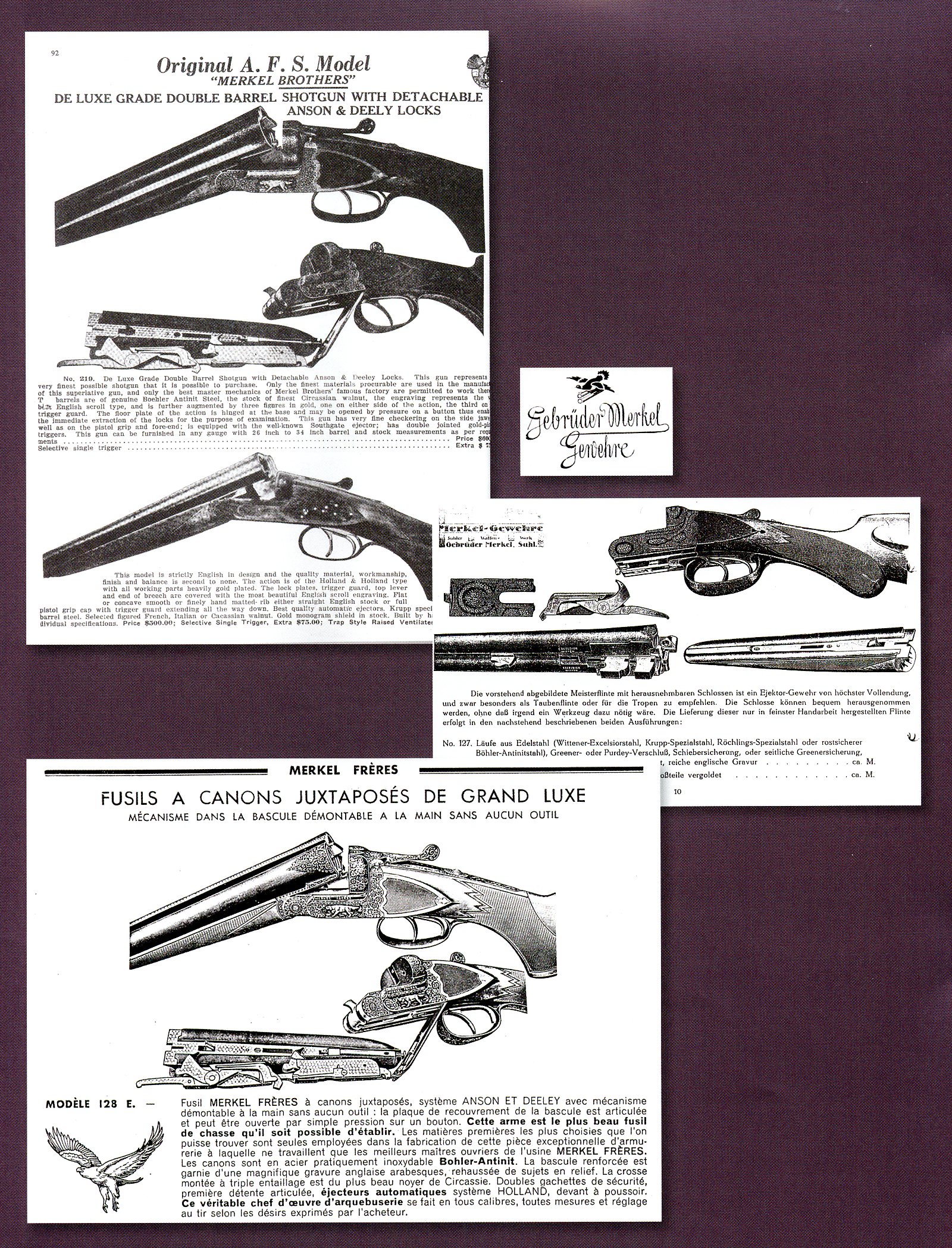 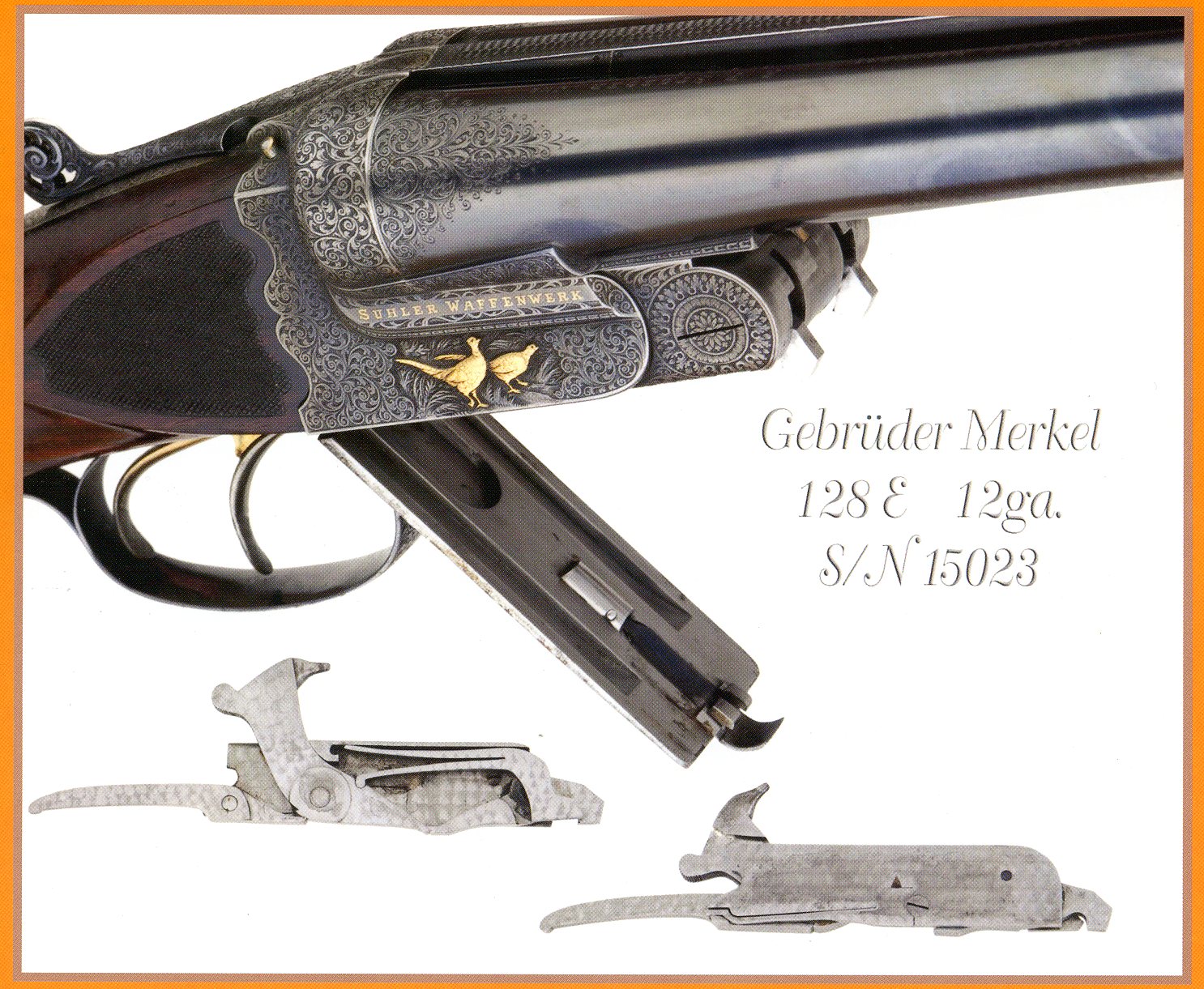 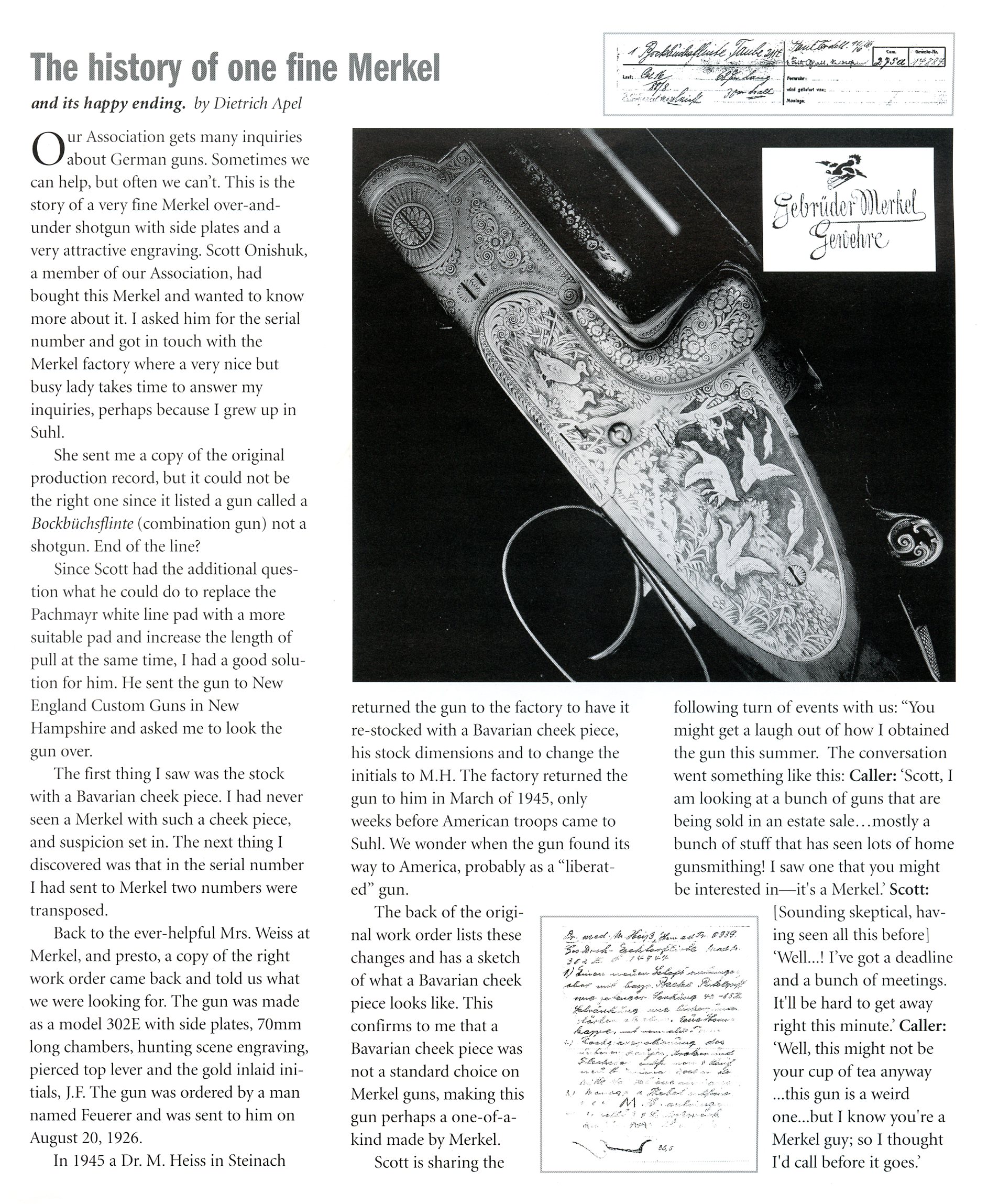 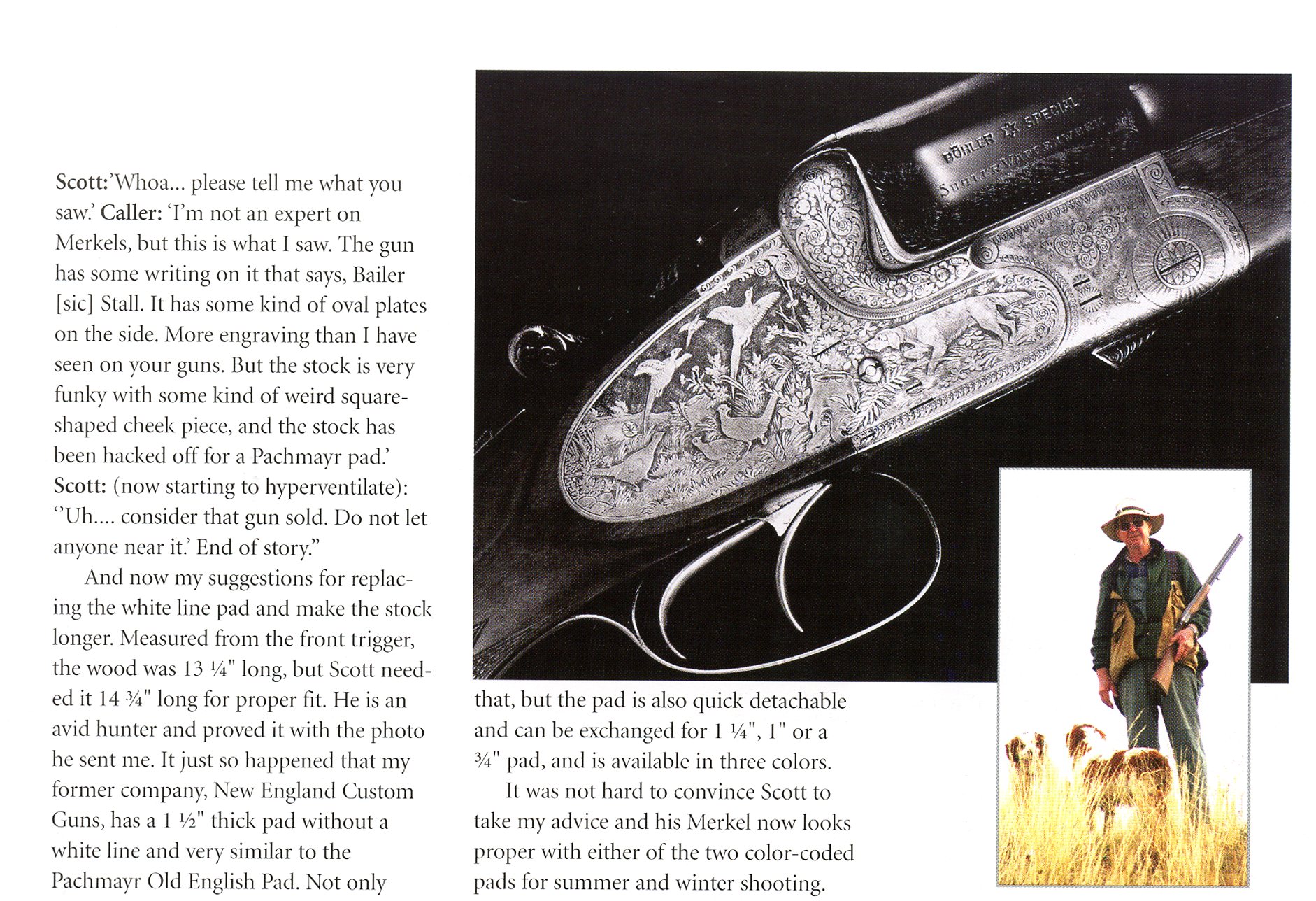 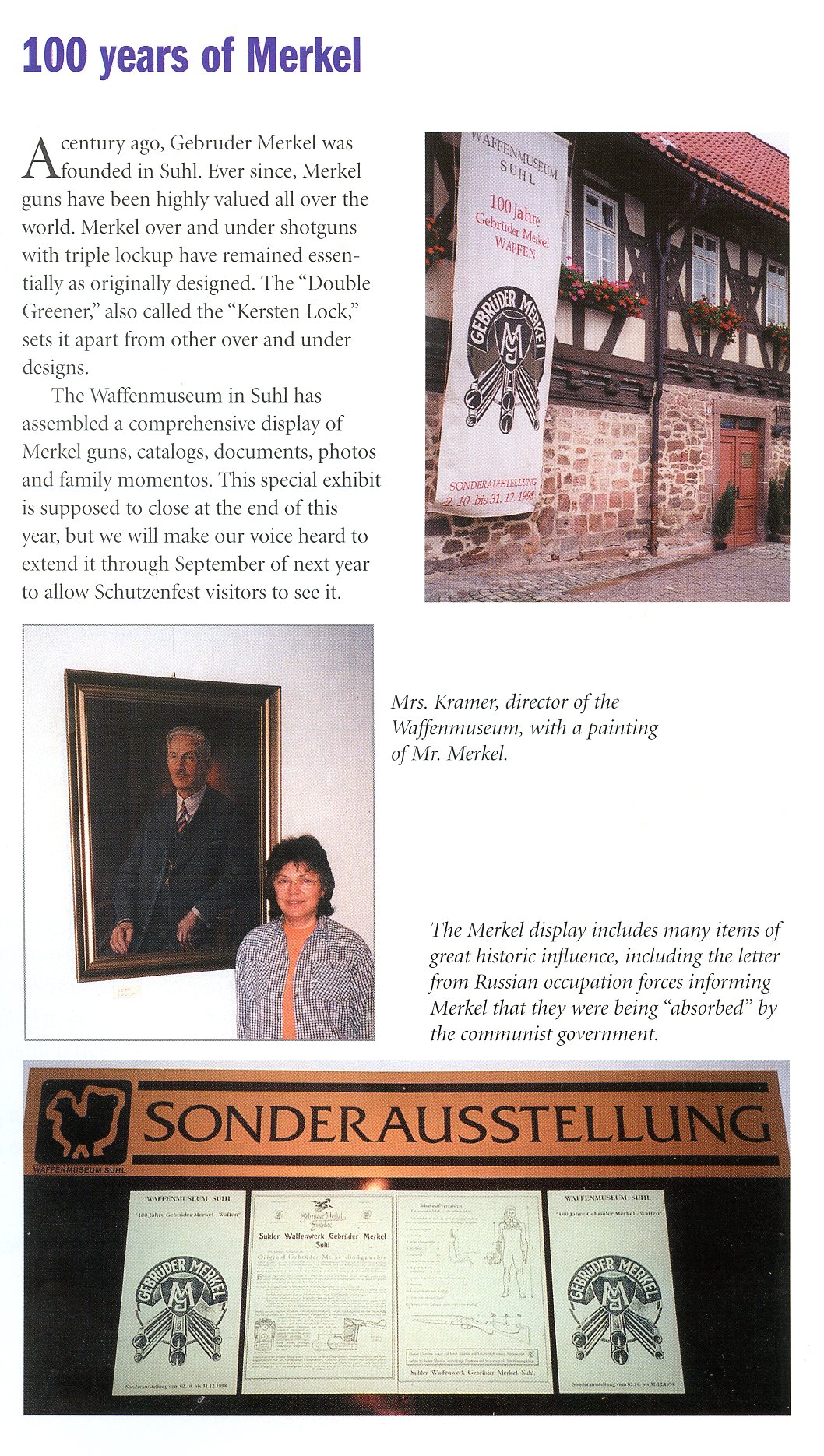 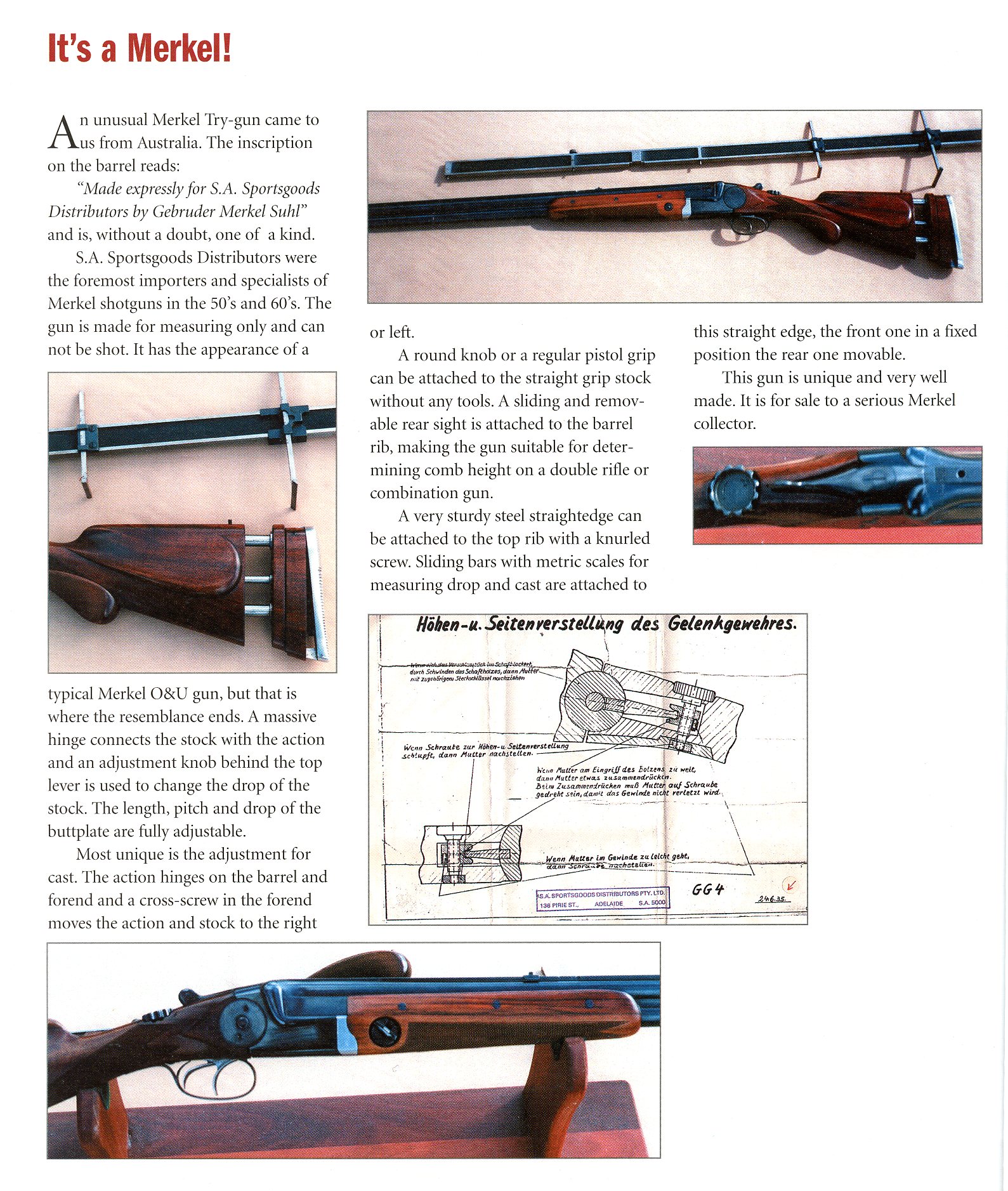 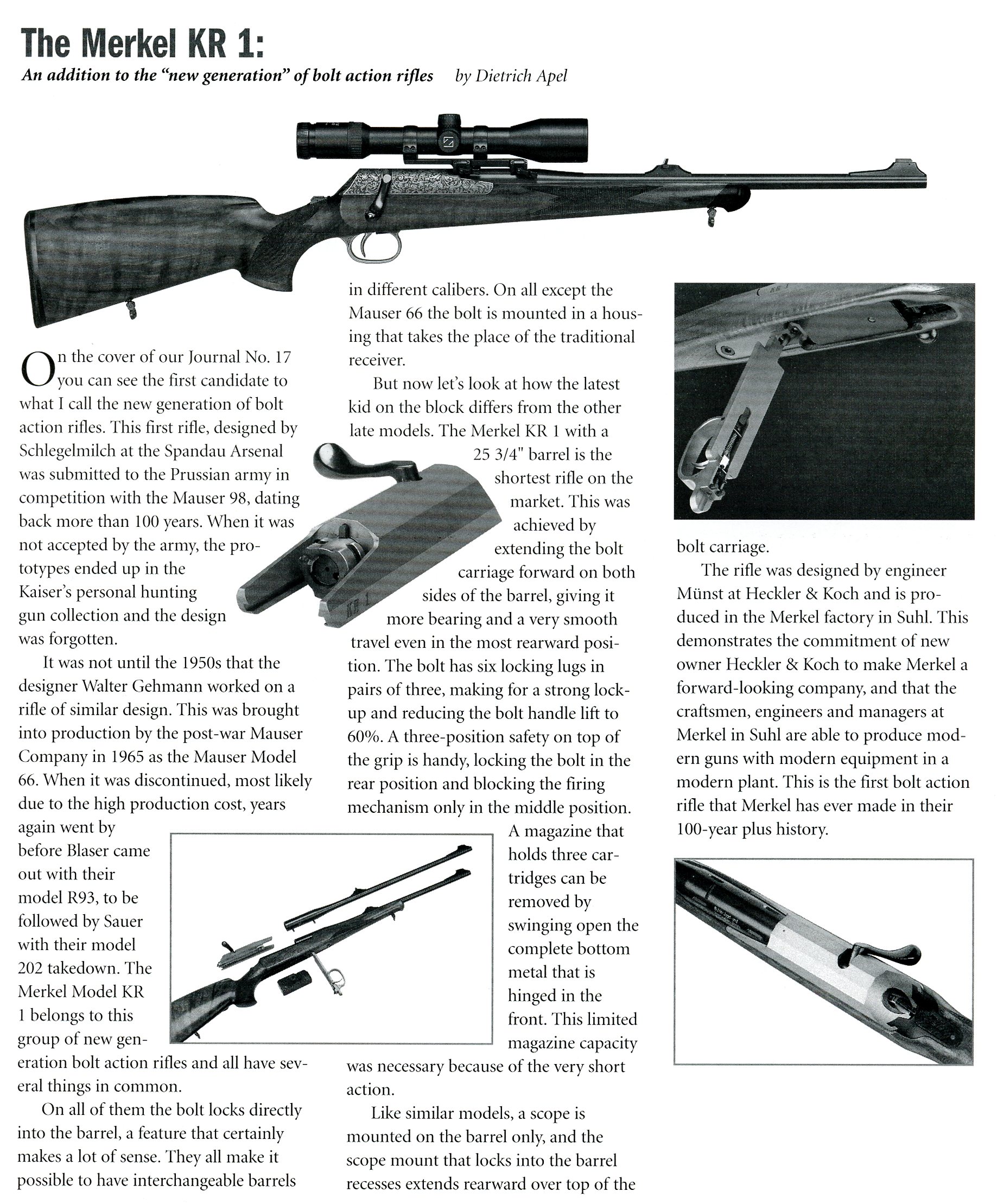 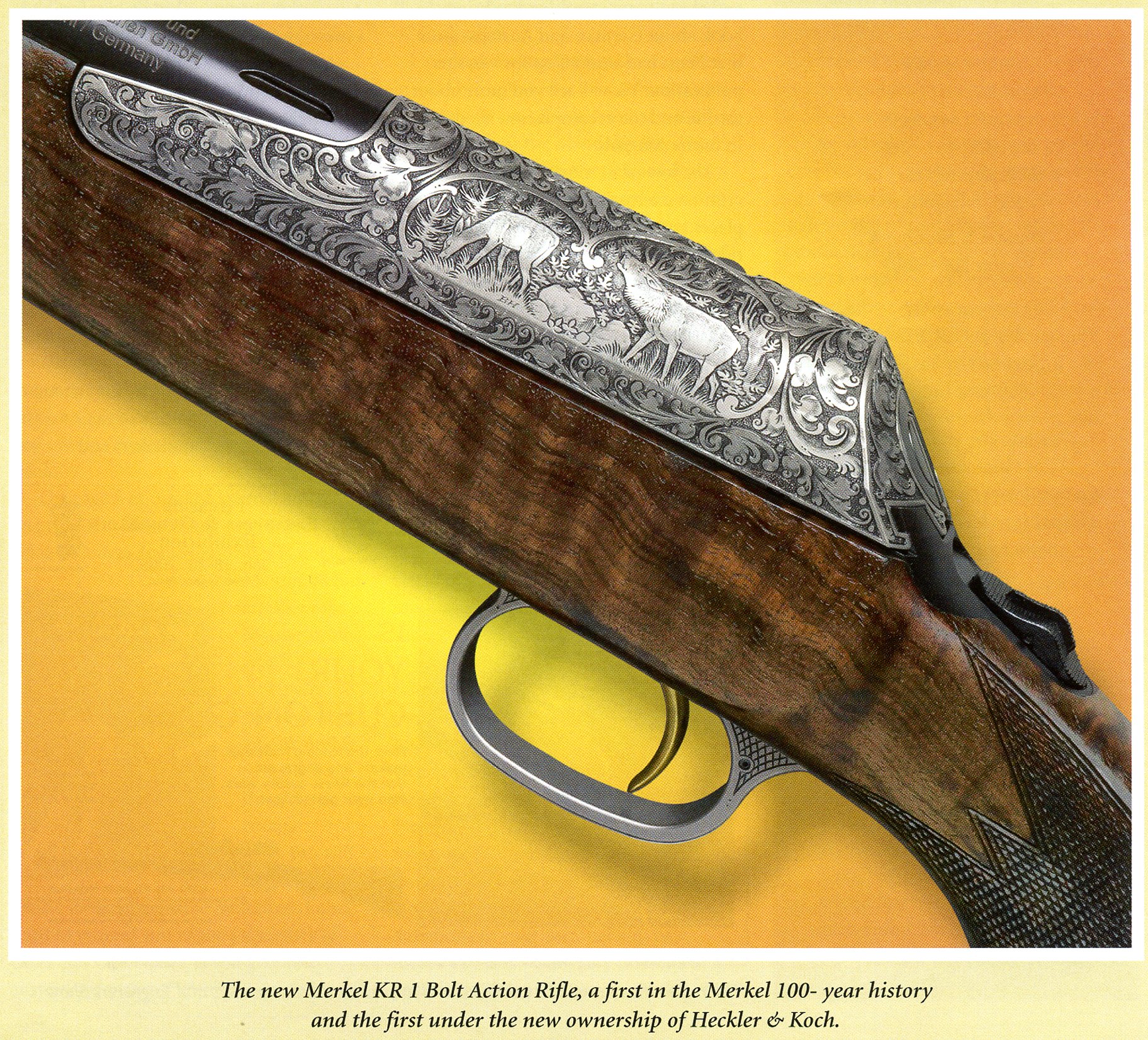 Merkel is no longer owned by a German Company

Under the deal, Caracal International will acquire the German company’s production lines in Germany,USA and its distribution networks in Europe andAmerica. These networks are currently distributing several products of other international companies particularly in the American markets.

Hamad Khalifa Al Neyadi, Managing director of Caracal International said, “We are very pleased to having closed such a successful deal, which will soon give our company significant presence in the global markets”. He pointed out that this deal is part of Caracal’s strategic plan and leaves no doubt about its ambition and capability in reaching and competing in the world markets. He added that acquiring the ownership of Merkel means that we now have a strong distribution networks for our products of light weapons.
He reaffirmed that Caracal is progressing by leaps and bounds in spite of the fact that it began operation only last year as the first national company for the production of light weapons in the UAE. He expects that the company will make its mark in the world markets, and particularly the American market, which is considered the biggest in the world for light weapon sales.

Established 150 years ago in Germany, Merkel owns a series of weapon production and distribution companies for different types of hunting guns. The company has a staff of about 200 employees, and produces classic and modern state-of-the-art light weapons based on the most advanced weapon industrial technologies.
Al Neyadi said that over the last four years Merkel has developed and provided highly advanced equipment and is currently producing about 50 types of highly sophisticated light arms and hunting guns, with a yearly production capacity of more than 10,000 units.

Merkel’s products address and satisfy a wide range of hunting and sport shooter clientele around the world. This has also opened the door for technology transfer and exchange of expertise and knowledge between both sides.

He went on to say that, Caracal International would overtake the sales of its new Merkel Company in the Gulf and Middle East and South East Asia markets. It will also continue its development process to transfer technology to UAE and the Gulf region for the benefit of its people in cooperation with Merkel Group.
Al Neyadi added, “From Abu Dhabi we are now actively addressing and opening new markets for Merkel products in the Gulf, Middle East, Asian and African markets”.
Caracal was officially launched at the International defence exhibition (IDEX 2007) under the directives of the UAE leadership to fulfil their strategic vision to develop the defensive capabilities of the armed forces as the first national defence company and displayed its first product. The Caracal pistol was highly appreciated by all visiting military delegations for its superior quality.

Caracal represents the core of light weapon industry in the country which will make UAE one of the world defence weapon manufacturers. Caracal is a UAE national arms manufacturing company, based inAbu Dhabi that develops and markets products and accessories, while pioneering new standards and advancing technology to deliver innovative solutions.

By the end of 2006, Caracal was formed and registered in Abu Dhabi. With that, the   foundation was laid in the GCC, for the first time, for a highly advanced pistol manufacturing industry comprising of machining, surface treatment, quality control and assembly line. It aims to establish and foster a globally recognized high-precision industry in the UAE and serve as a role model for emerging UAE industries.

The company will take the lead or initiatives in the development of advanced products, set new standards in design, safety and reliability, and open up a new line of research and technology in the small arms industry. It will also produce advanced and high-quality products and accessories that are both user-friendly and responsible that exceeds customer’s expectations. It will always deliver the best value for money to its customers without compromising on quality. (Emirates News Agency, WAM)