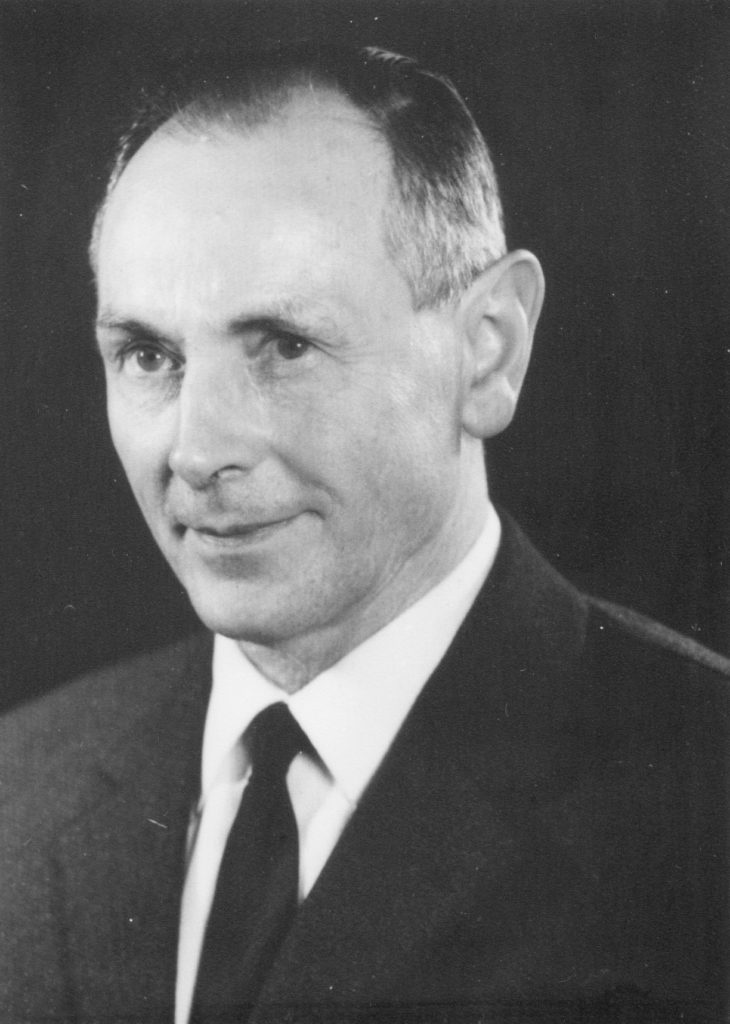 Kurt Jäger was born and grew up in Suhl and studied business administration. He

worked for his father and helped the company and the family through difficult times. Having a Jewish mother blocked his opportunities during the Nazi years.

Because the production of hunting guns had nearly come to an end during World War II, he left his father’s house to work in the offices of a major company.

He was drafted into the Army, was wounded and came home after a short stay in an American prisoner of war camp.

He again joined his father in Suhl, the former German gun making center that ended up behind the iron curtain, this time as a partner and could finally marry (not permitted under the Nazis because of his Jewish mother) and had one daughter. He soon realized that they did not have a future under Communism and, with the encouragement of the parents they slipped illegally into West Germany.

His nephew, Dietrich Apel, had left Suhl earlier for the West and found employment at the Wiesbaden Rod & Gun Club of the American Air Force. The two opened a gun shop in Mainz, across the Rhine River from Wiesbaden. They found two rooms that served as store, shop and sleeping quarters. There was no shortage of American servicemen as customers as well as other gunsmiths and engravers that had come from East Germany.

Kurt Jäger worked with and for the Wiesbaden Rod and Gun Club of the American Air Force for many years and many rifles and engravings from that period can be found in the used gun market.

Dietrich came to the United States in 1952 and Kurt moved to a better business location in the center of Mainz. Soon German customers could again own guns. Kurt Jaeger also did a lot of business with Paul Jaeger in America who commissioned many good engravings, most of them by Emil and Claus Willig in Schweinfurt and by Schildbach formerly in Zella-Mehlis.

Kurt Jäger continued the business until he sold it and retired to Bad Kreuznach. He had built a good reputation, helped the gun fraternity in Germany and collected the history of the Jäger family. Kurt Jaeger passed away in 2003. 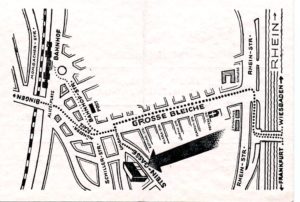 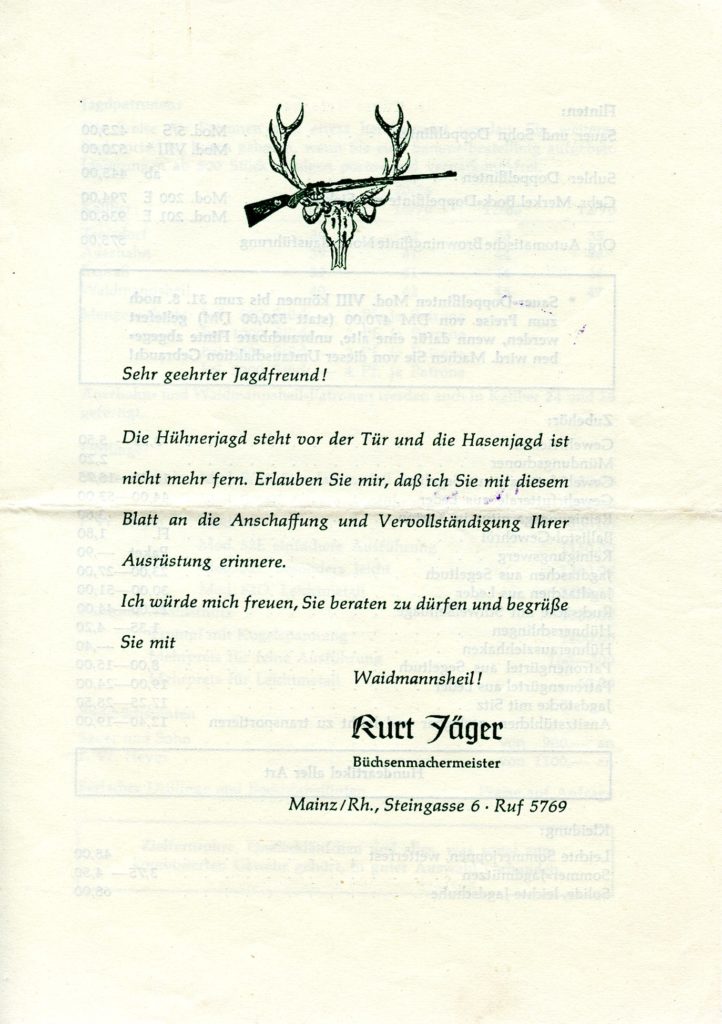 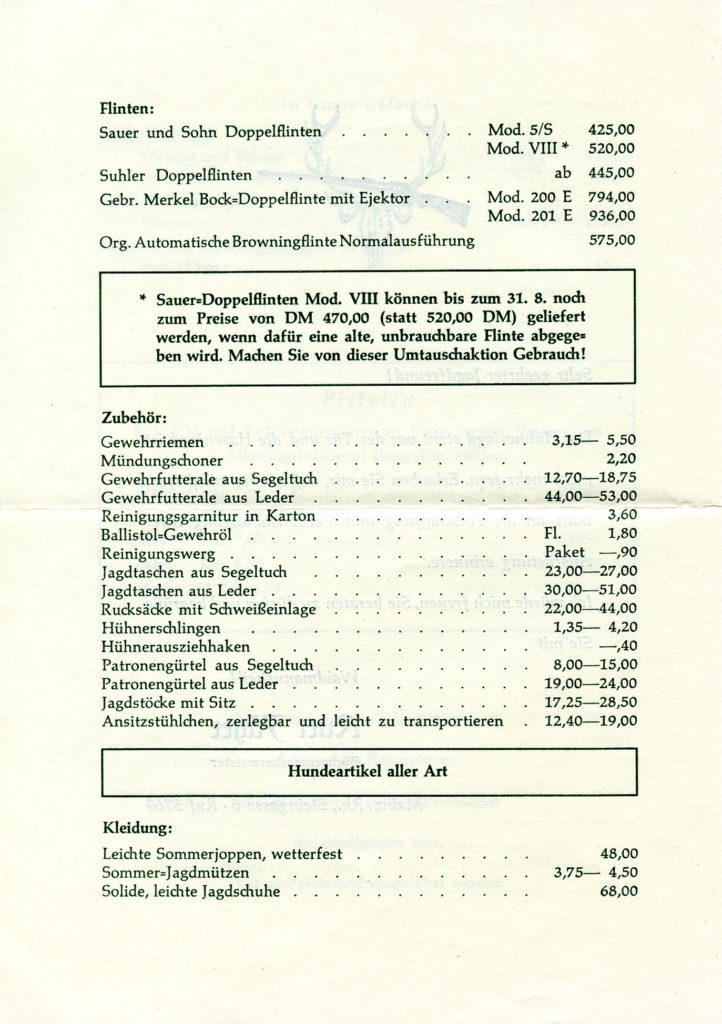 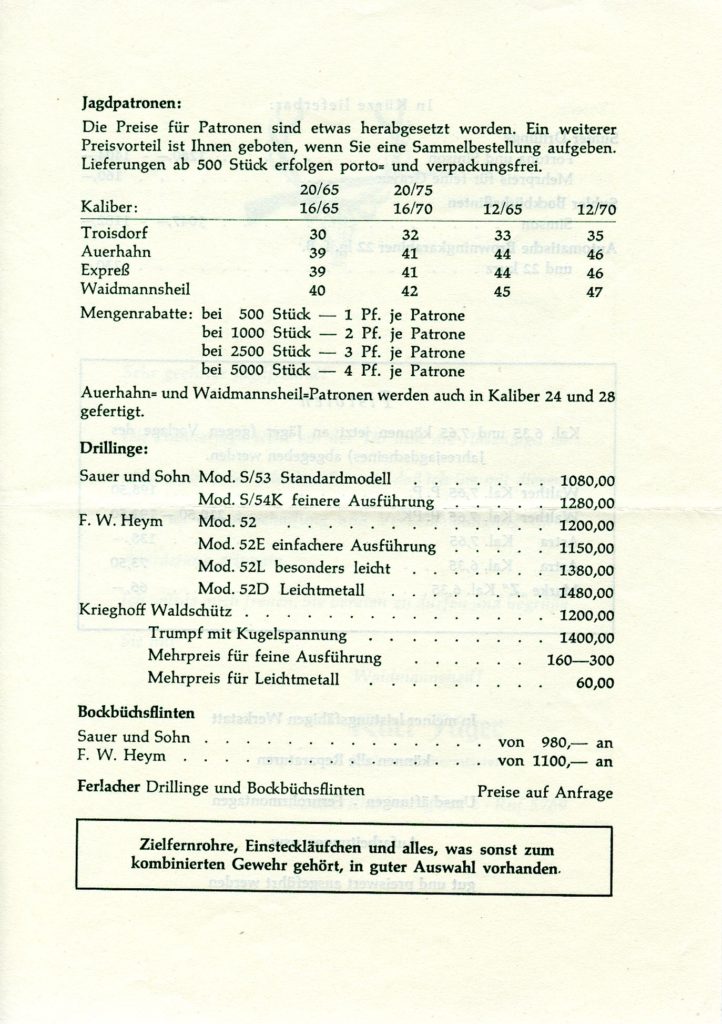 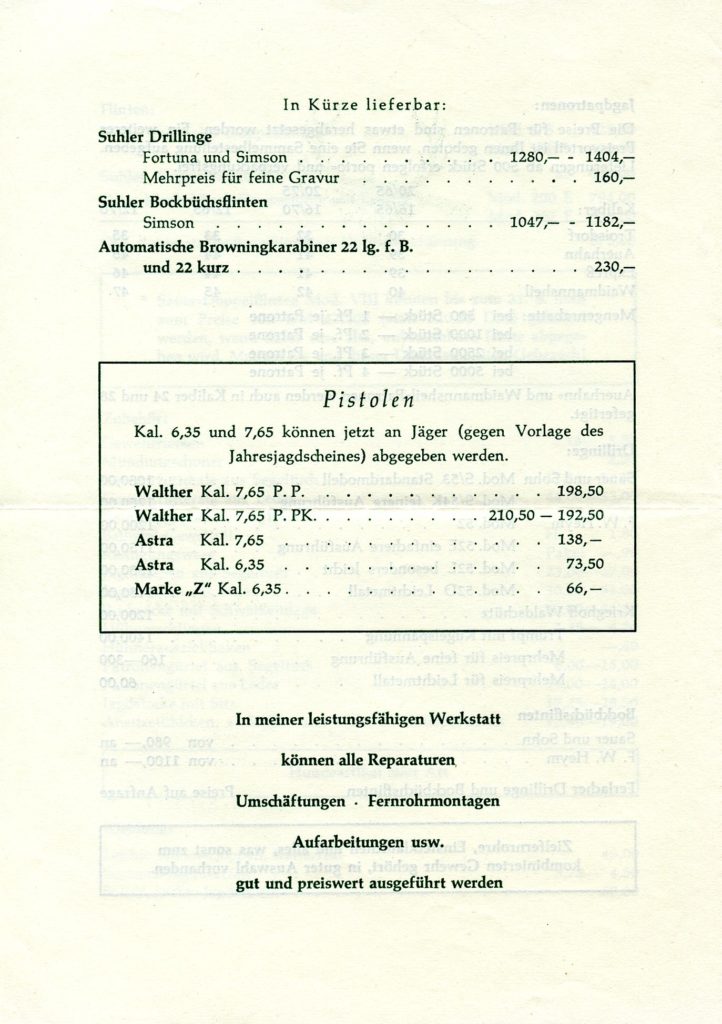 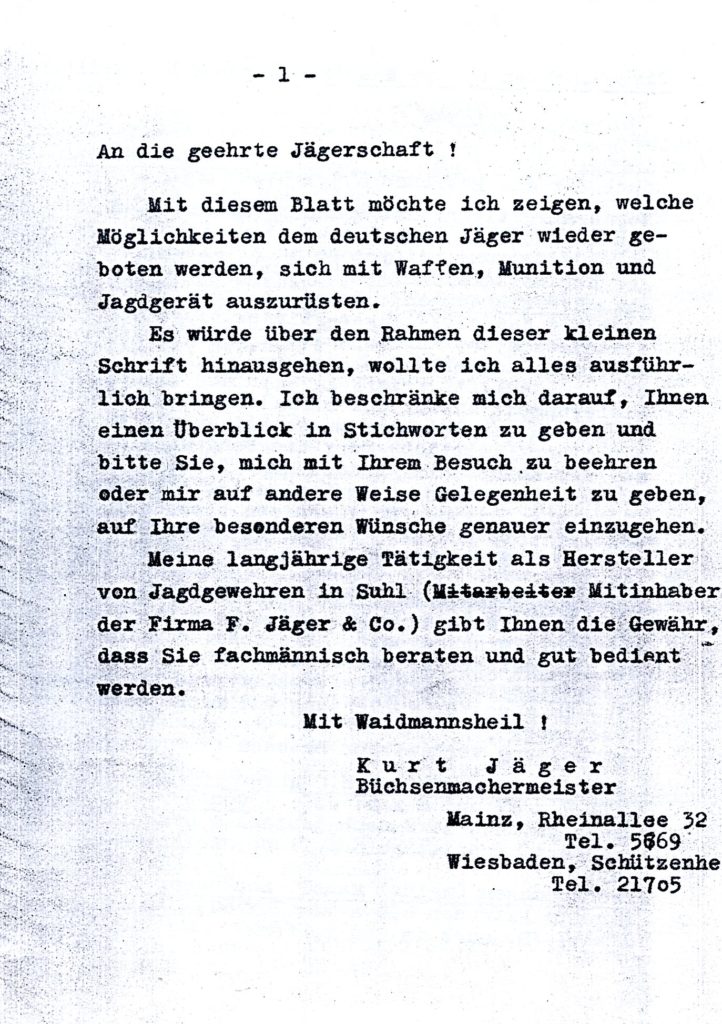 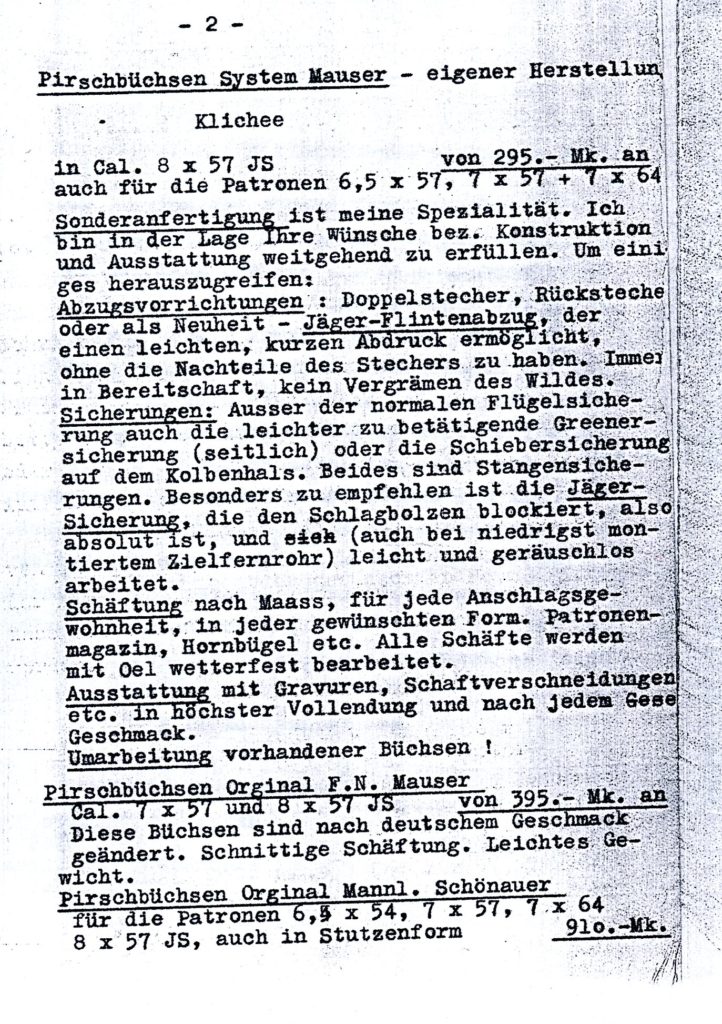 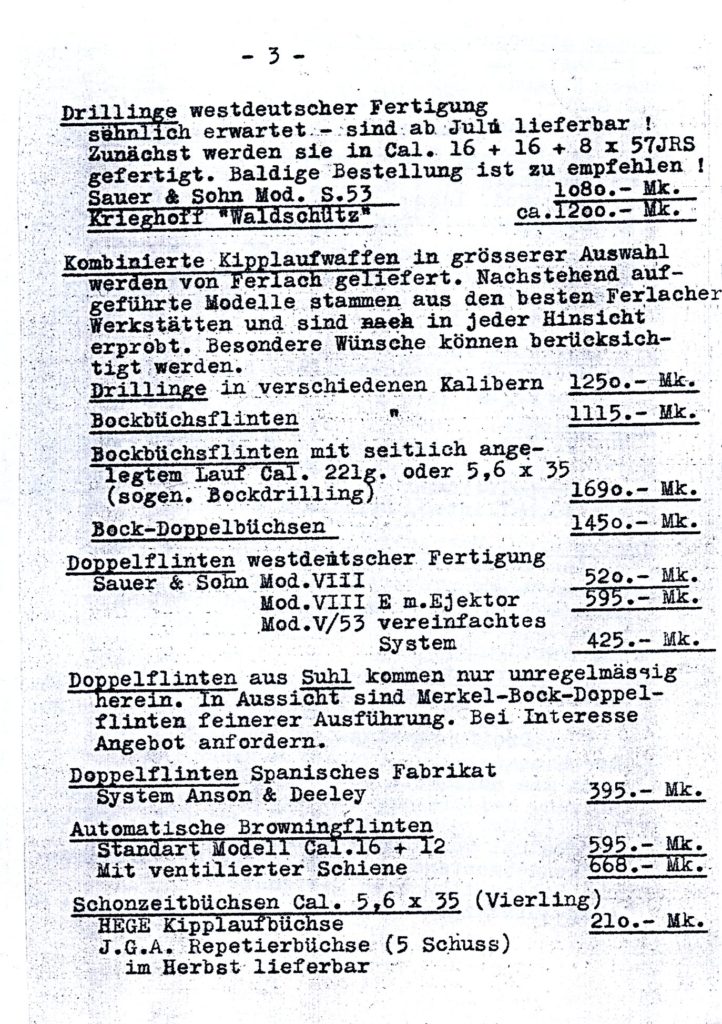 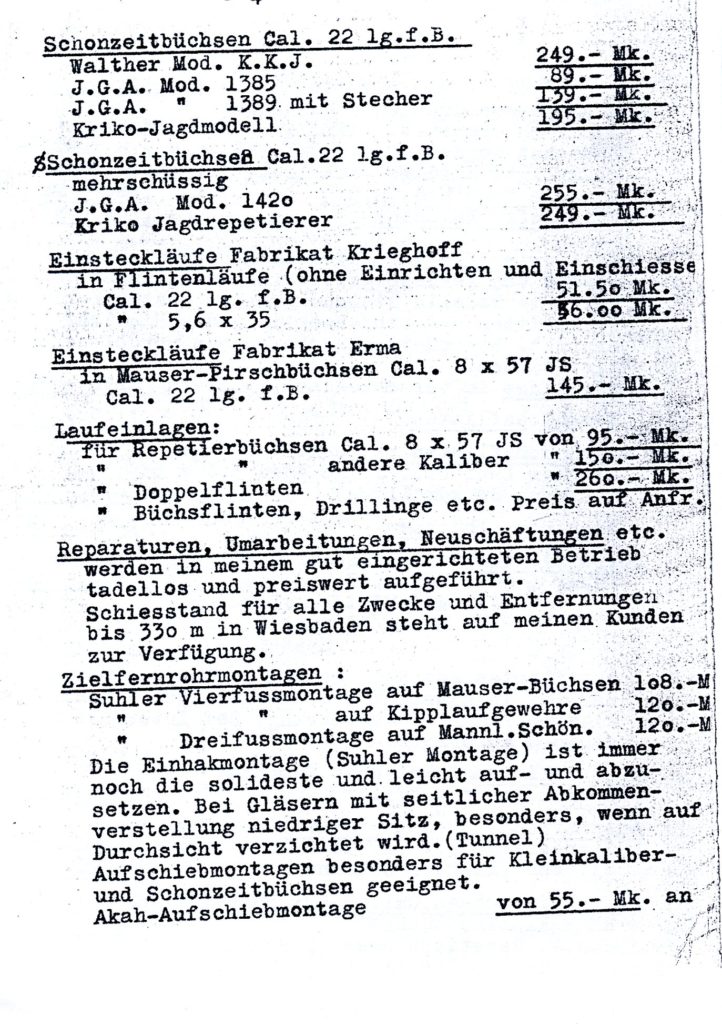 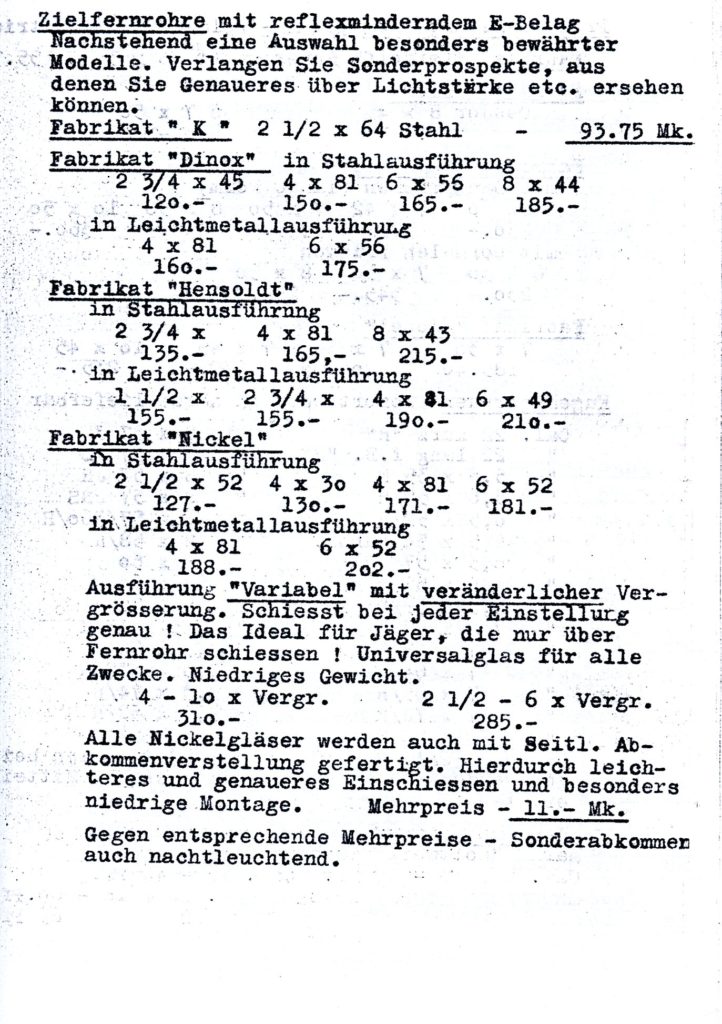 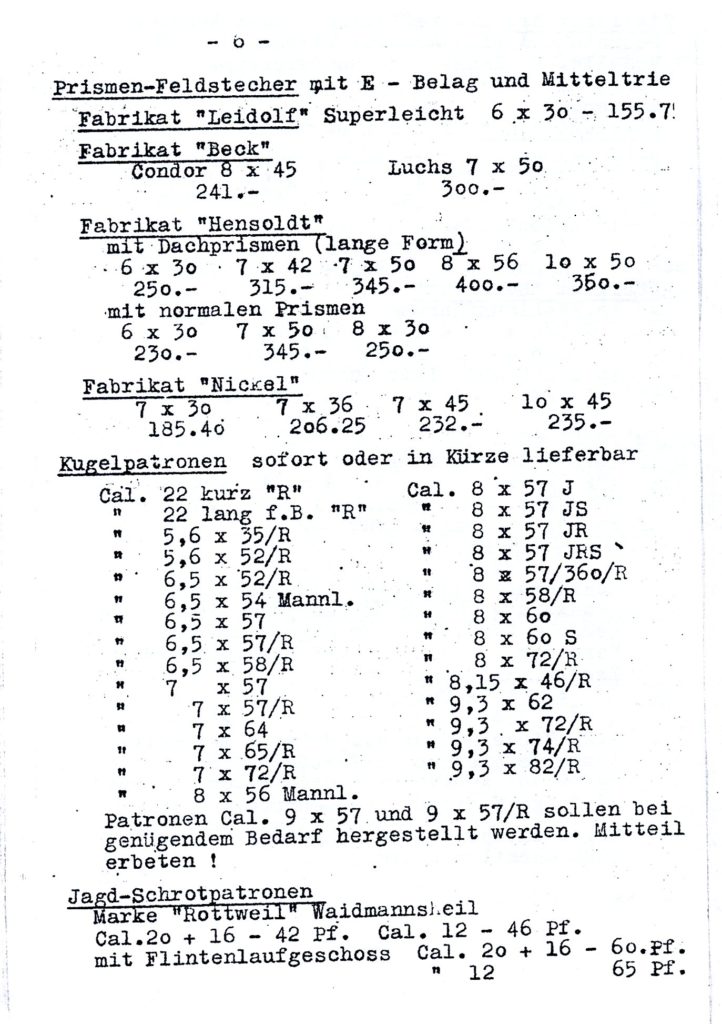 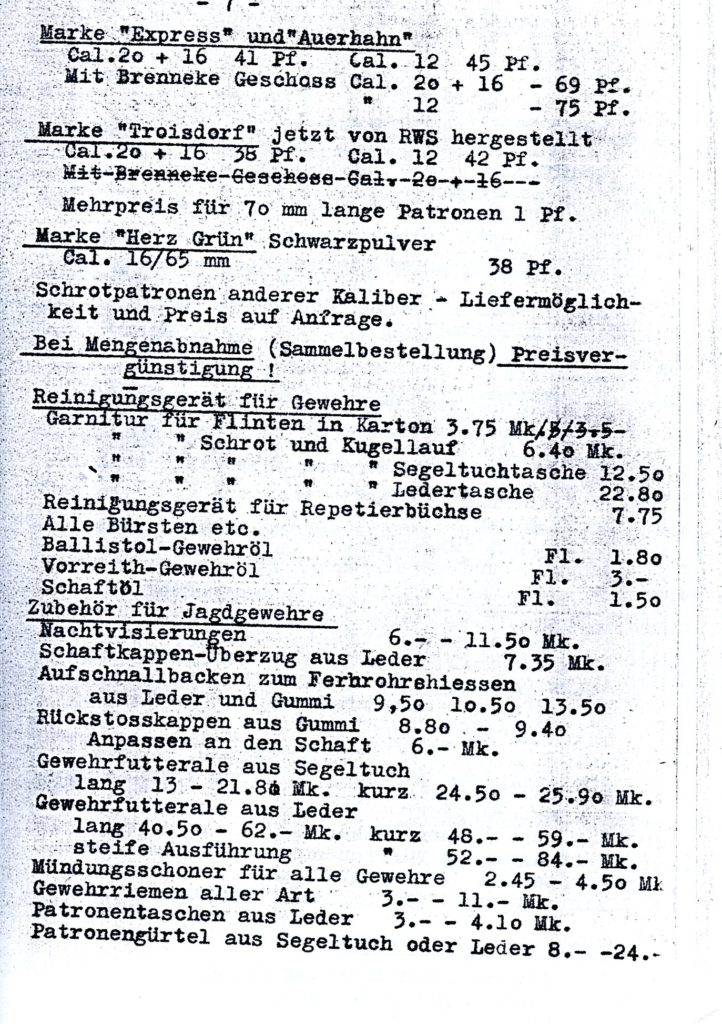 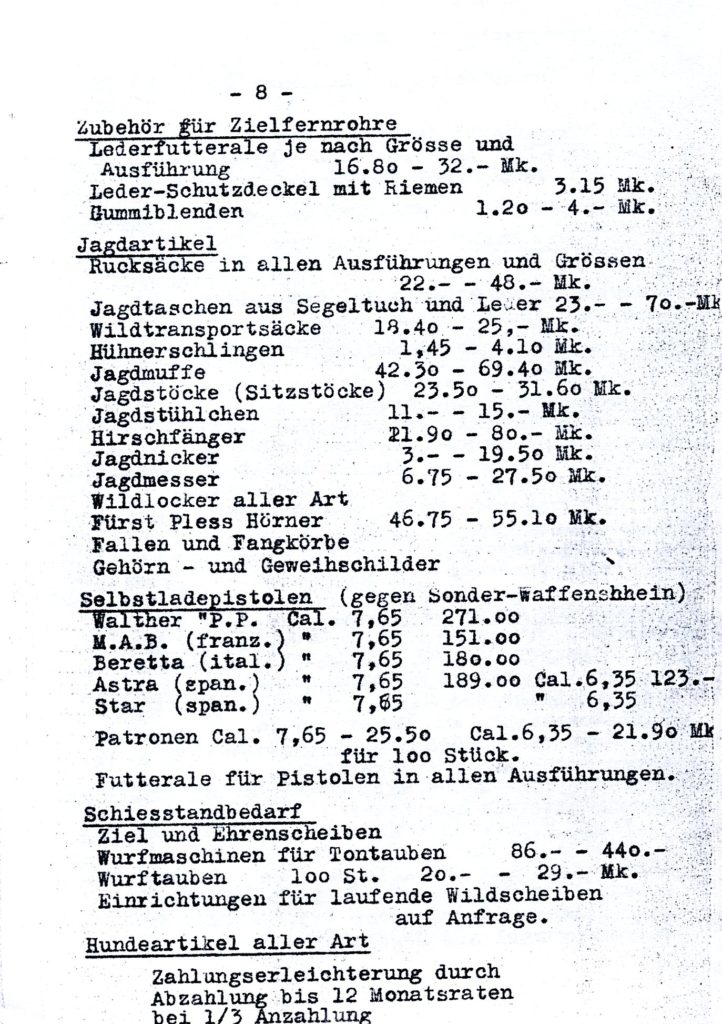 The following images are of the receiver of a 12 ga. J.P.Sauer & Sohne side by side that was engraved by one of the Willig’s, probably Emil Willig. It was purchased from Kurt Jaeger at theRamstein AFB Rod & Gun Club in 1958 when the owner was stationed there and Kurt came there with some of his guns he was offering for sale. 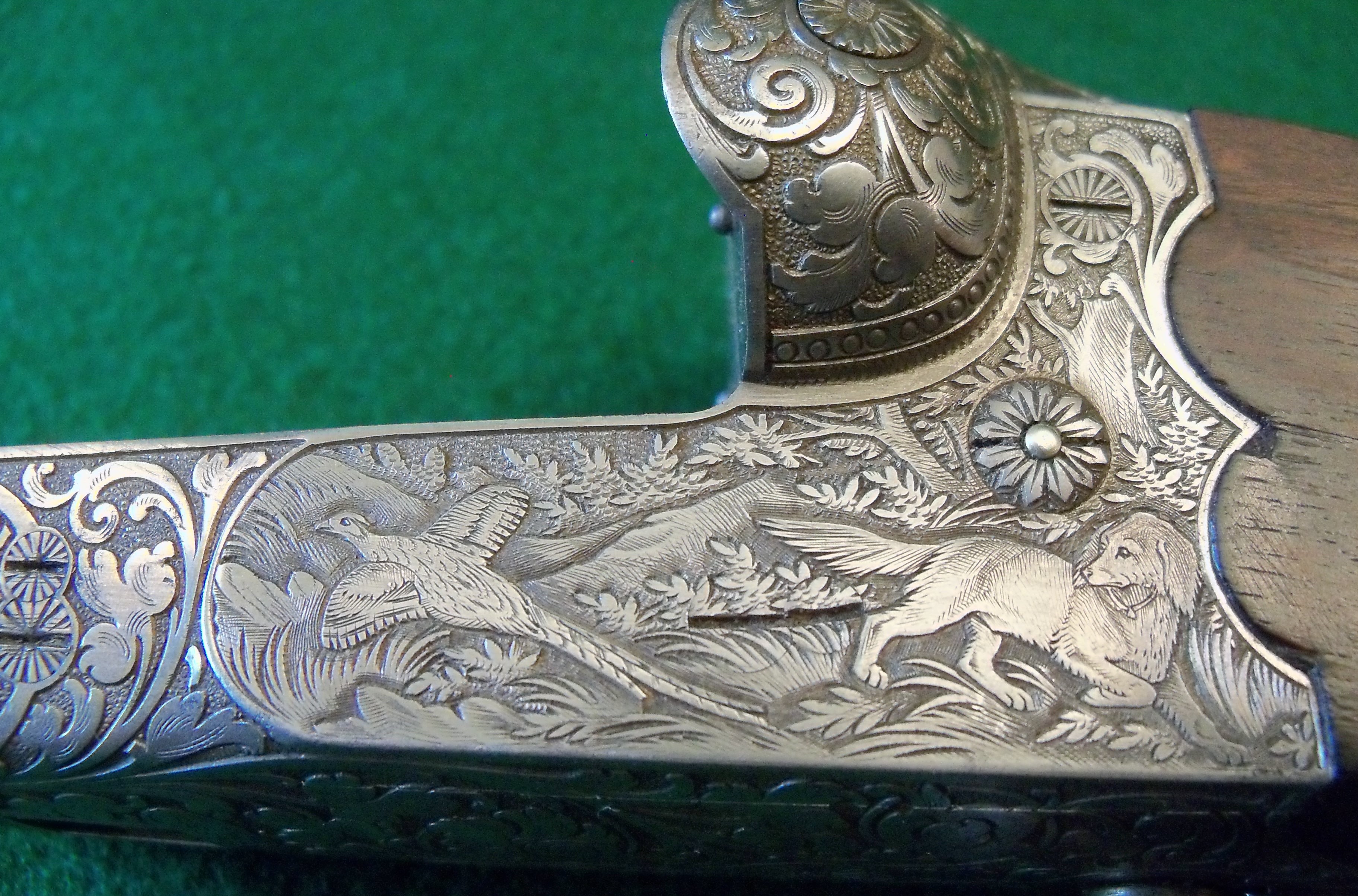 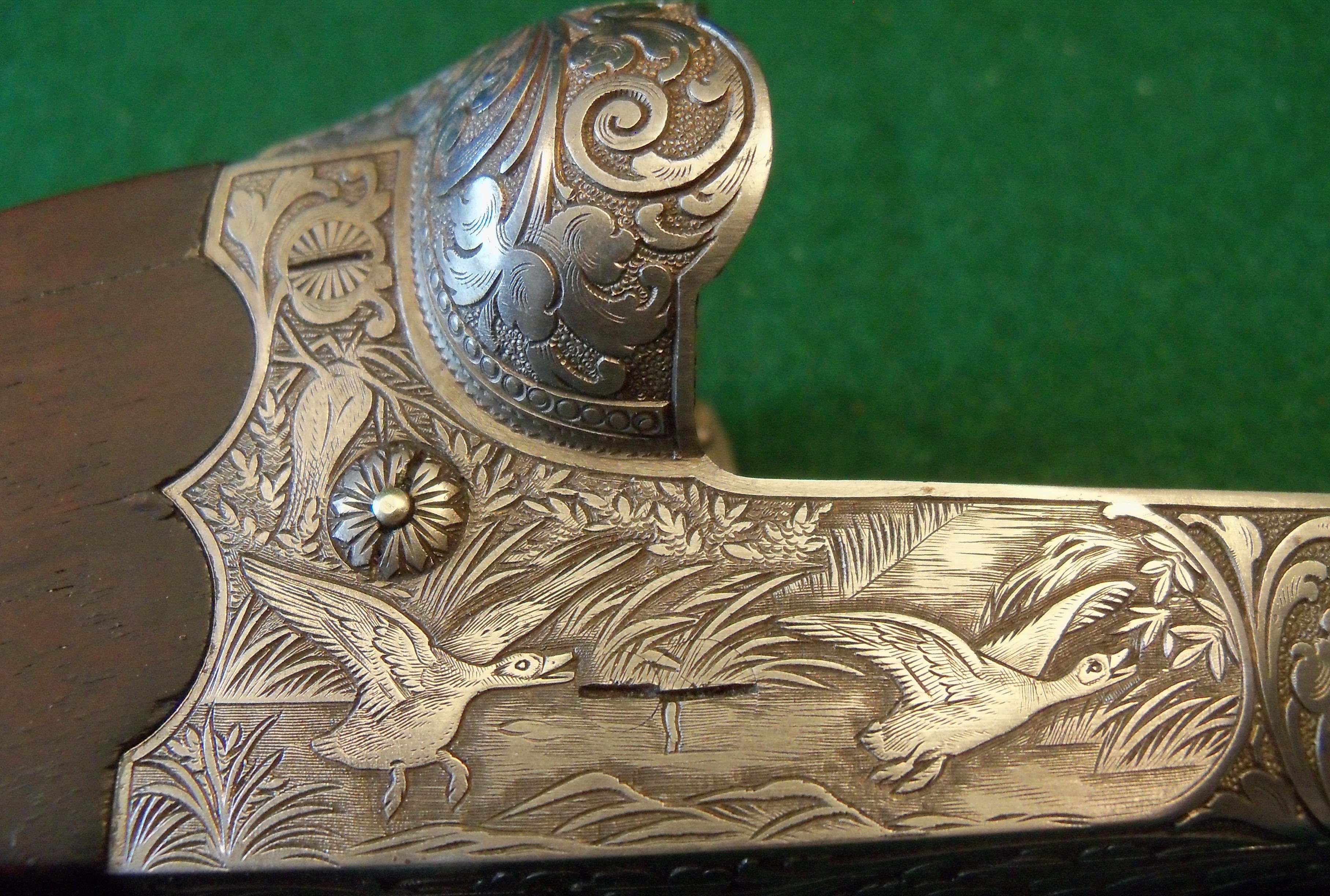