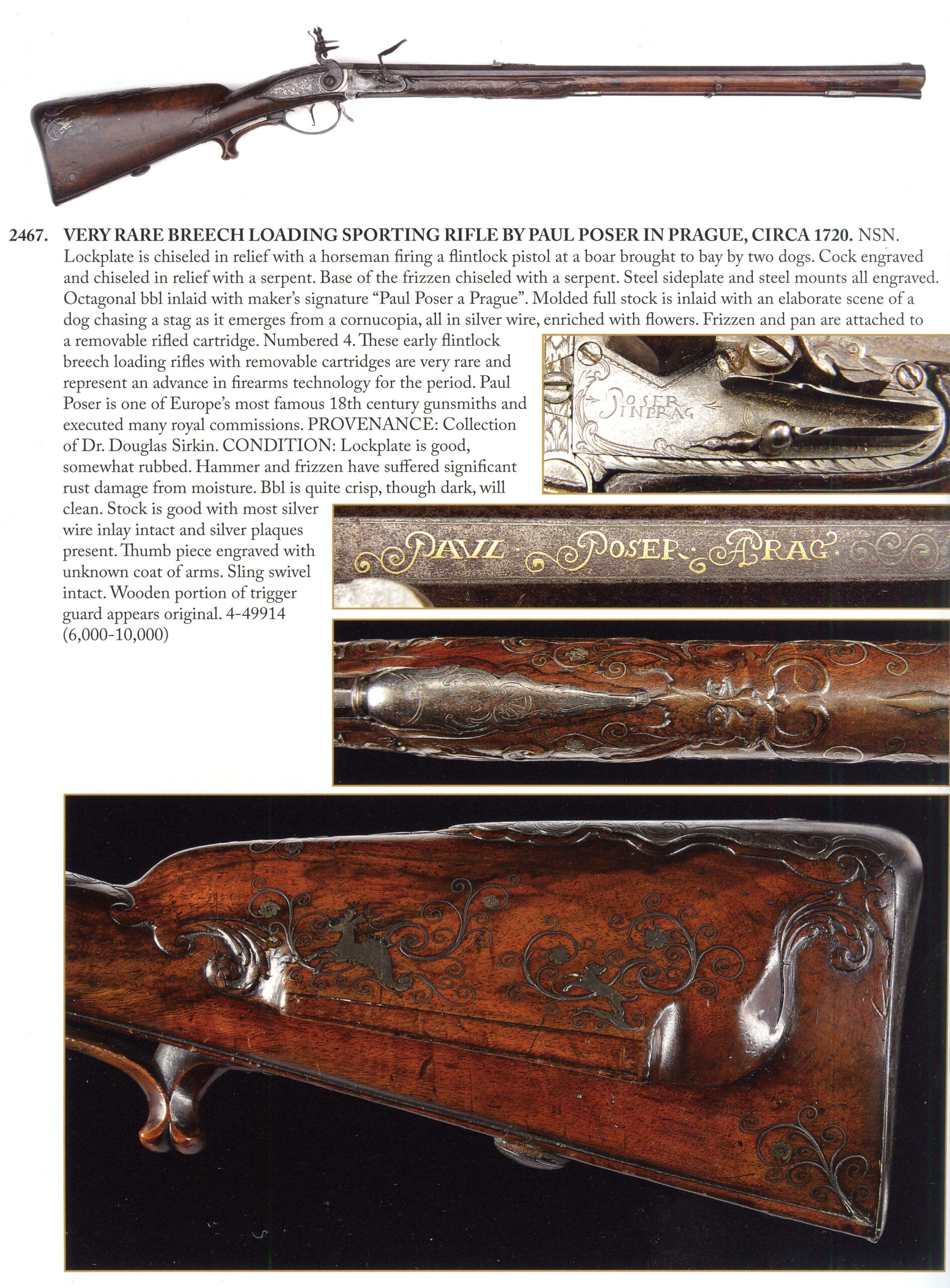 First we will start out with a look at the developments of Mr. Beatus Béringer. This System fits into the first catagory. We have a contemporary book which refers to his developments. The book of Illustrious Mechanics by Edward Foucaud of 1846 is reproduced here. 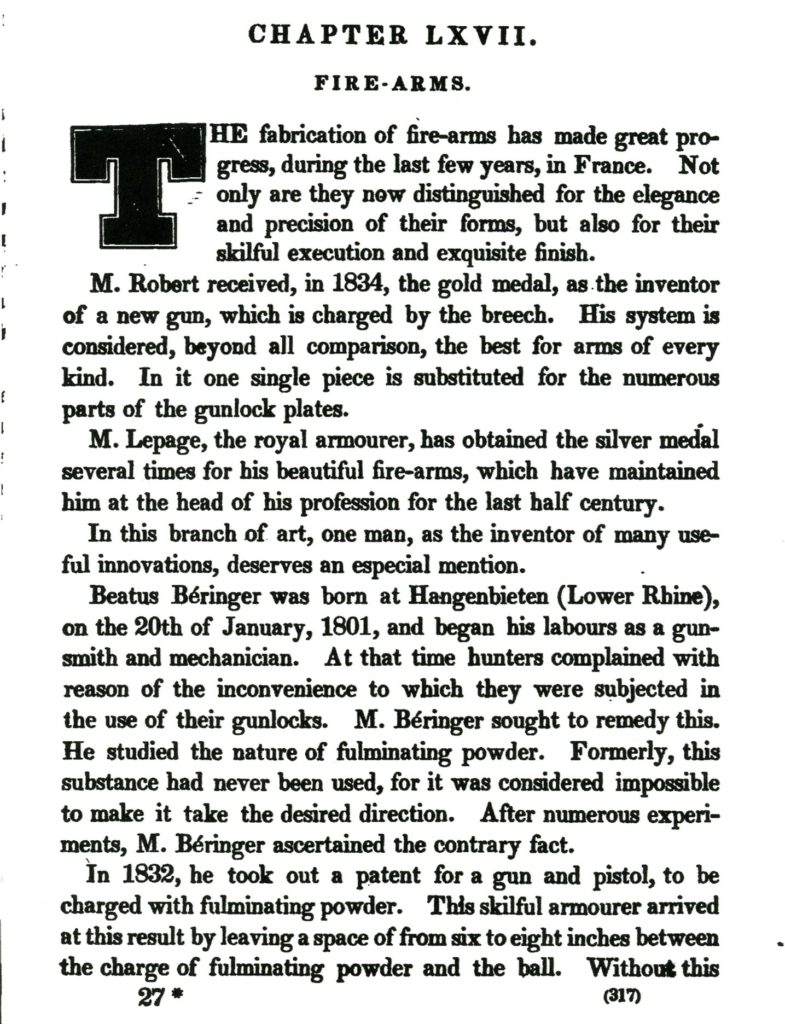 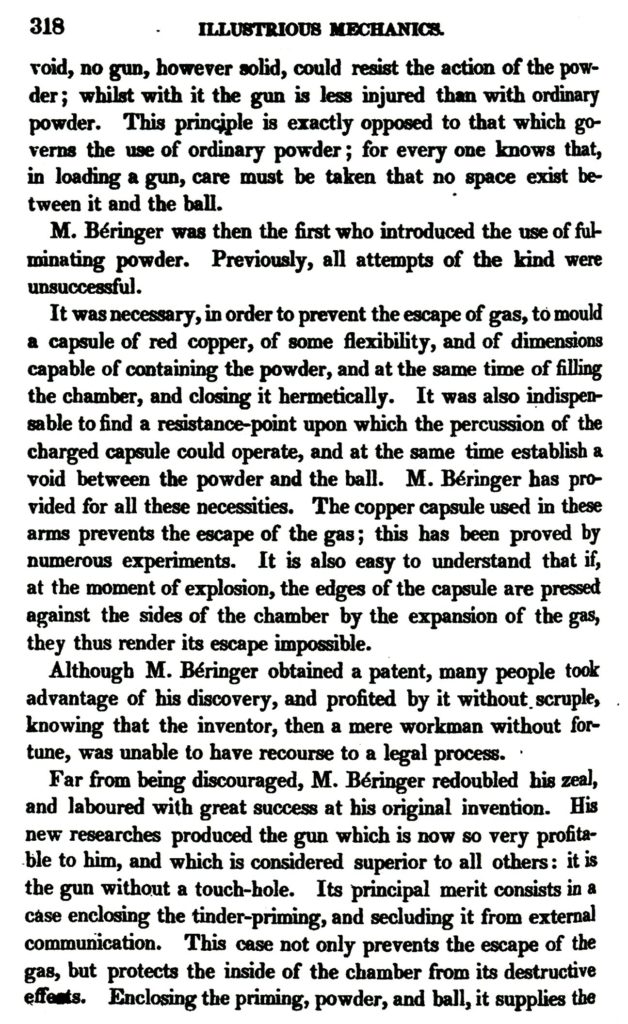 The following article first appeared in the Sept. 1985 issue of The black powder Report. 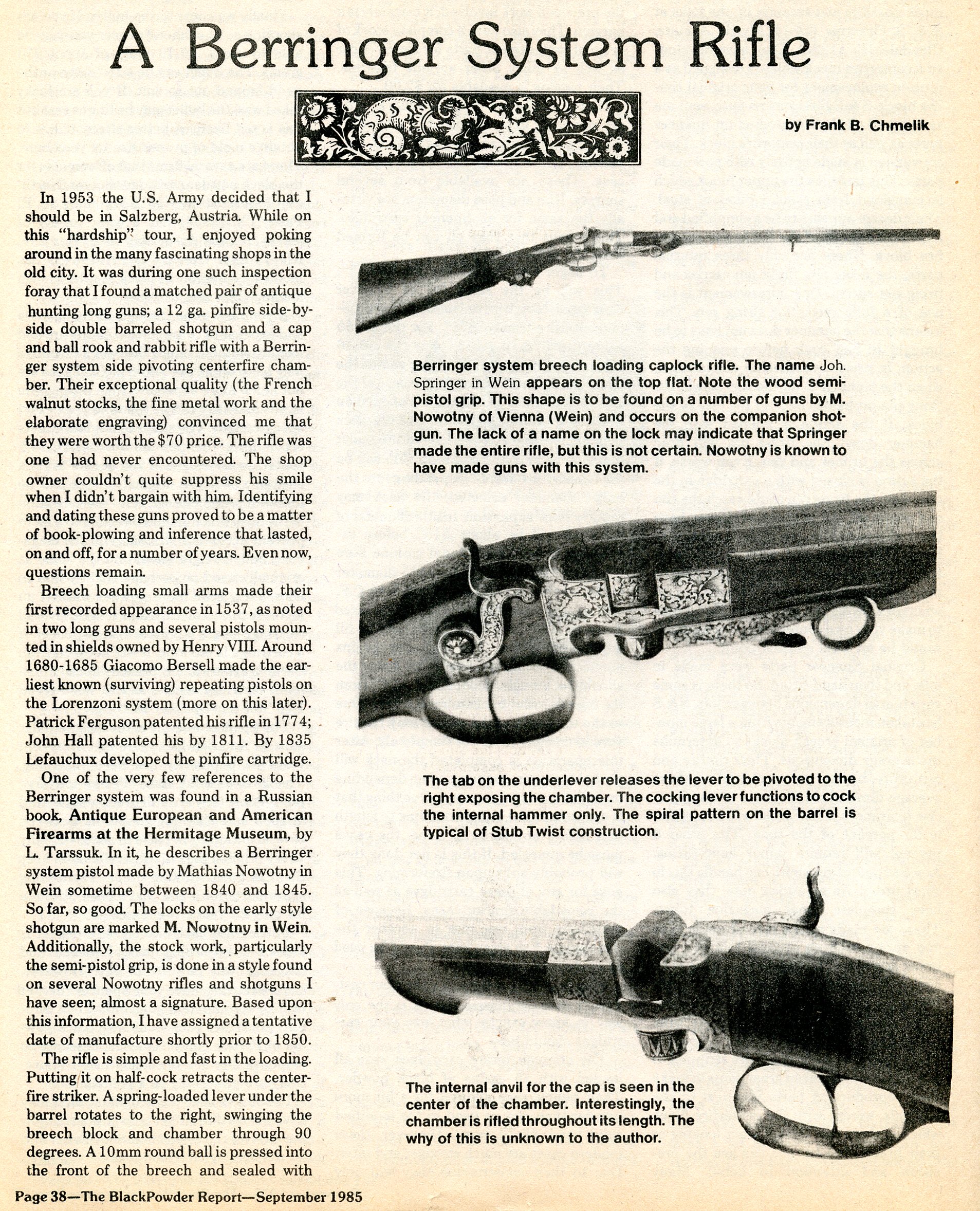 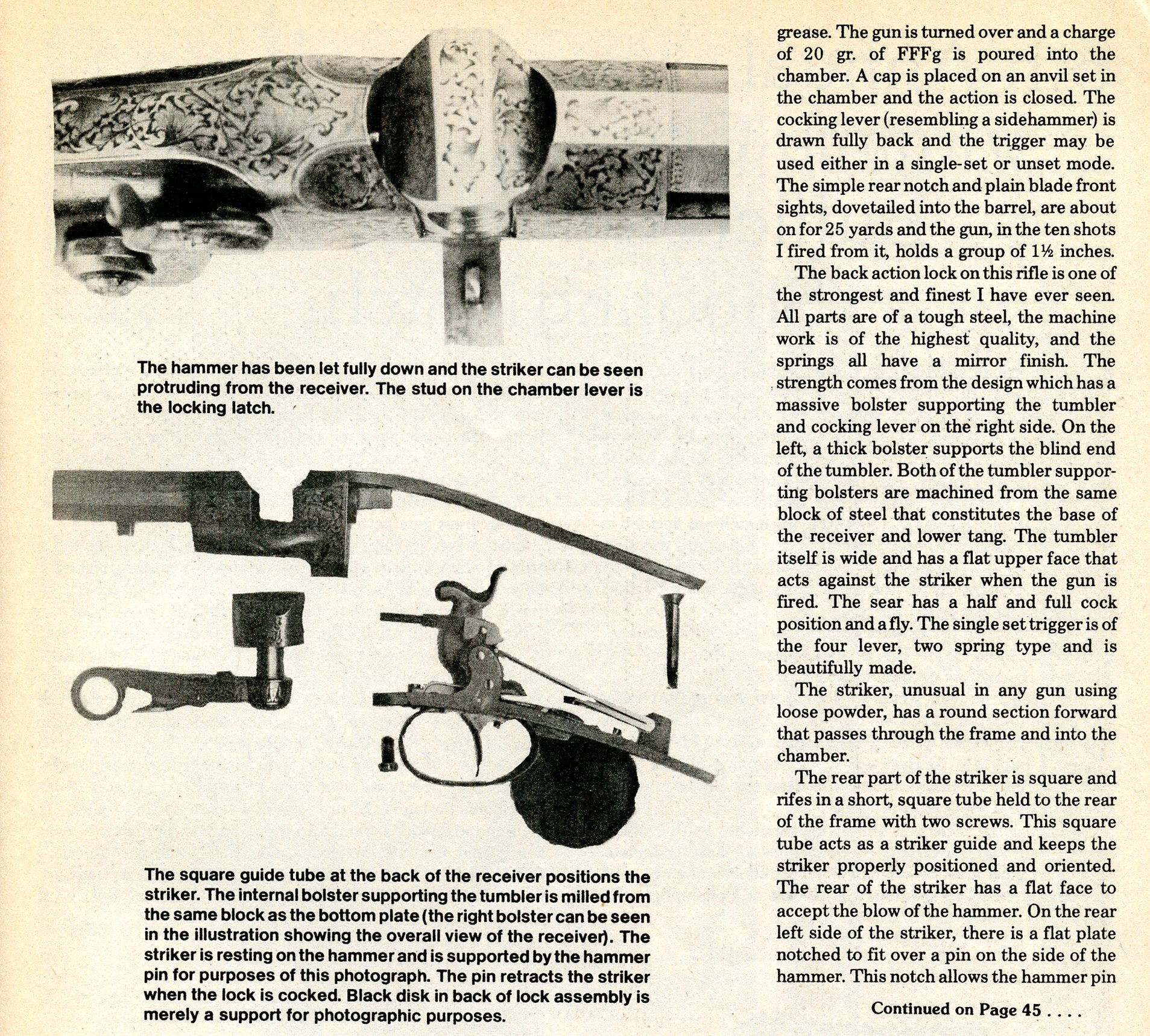 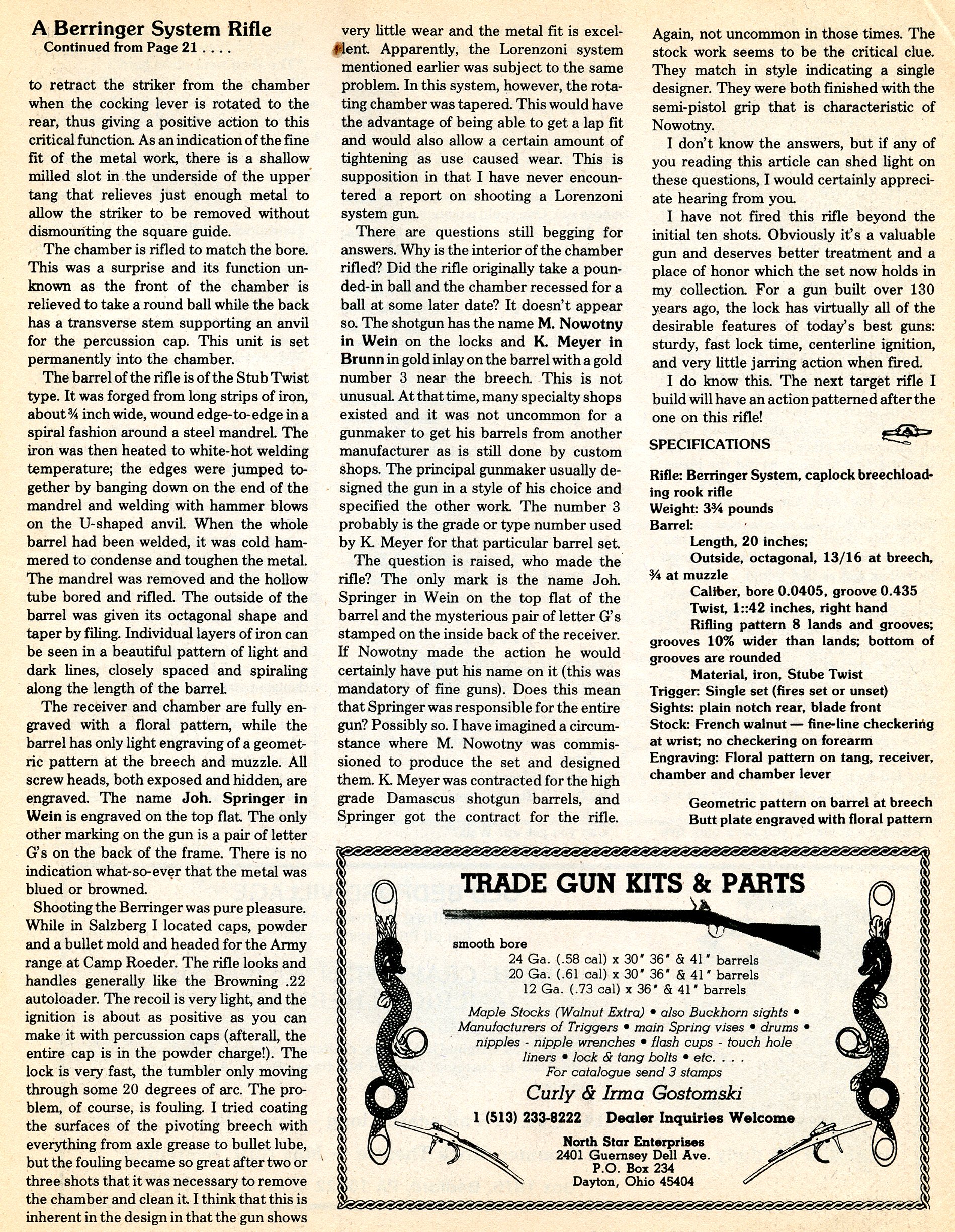 The following images of Béringer guns are found in the 2nd Vol. of Jaroslav Lugs book Hand-Feuerwaffen from 1956.

The first look at a gun that fits into the second catagory is a Needle Fire made by Dreyse and is a Faucet Breech System. It is referred to as a Salon or Parlor rifle by some but frankly I can not imagine firing this rifle indoors with even a modest black powder charge. The cartridge was loaded bullet up into the hole in the breech when it was open. Upon closing the cartridge was indexed in line with the bore. The needle is fragile and the breech could not be opened until the bolt was moved back in the receiver which pulled the needle out of the Faucet Breech. If the action was forced open without withdrawing the bolt, the needle would be bent or sheered completely. 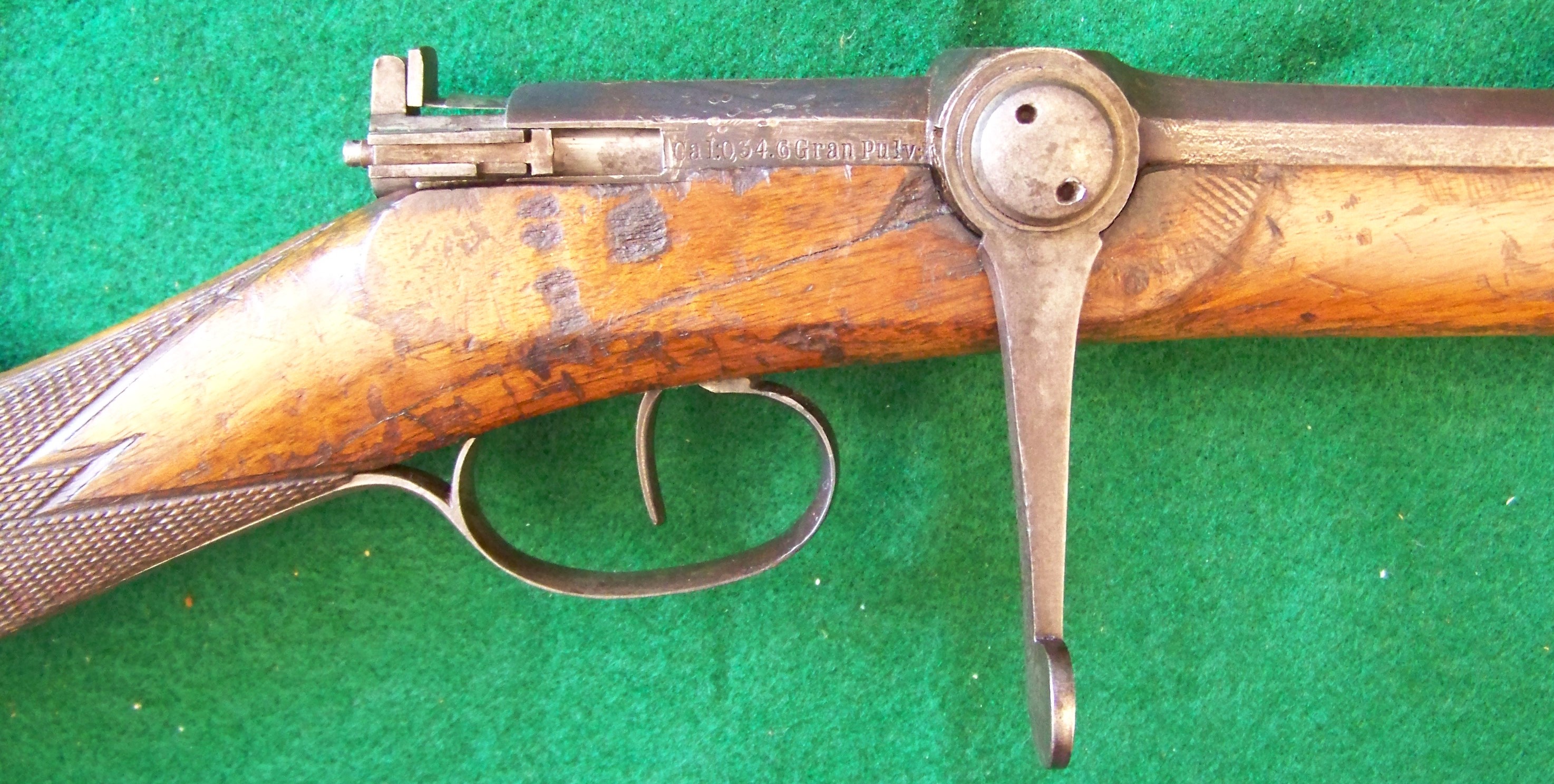 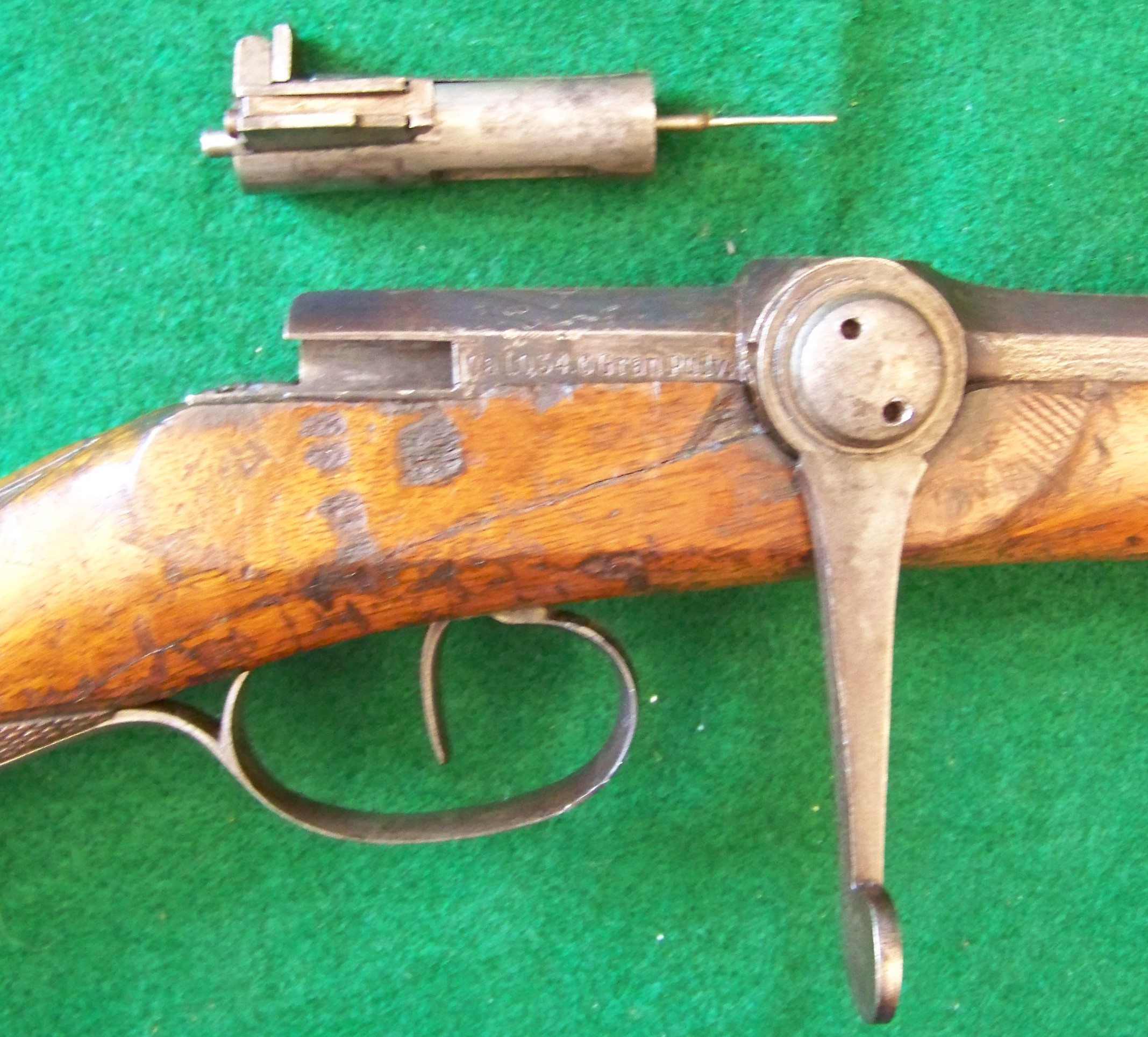 Click HERE to go to a page about another Faucet Breech Needle Fire rifle made by Johann Leonhard Gerstmayr of Memmingen.