Most visitors to this site may ask the question- What connection is there between Air Rifles and Hunting Guns? It is true that most Air Rifles made today are intended and used for target practice or at best for taking small birds or rodents. When we examine the nearly 600 year history of Pneumatic Arms we will see that initially they were intended and used as Hunting and Military weapons. On May 2nd and 3rd of 2007 the Auction house Hermann Historica in Munich, Germany sold 44 early air rifles of which at least two were recognized by them as being hunting guns and one was an Austrian Military Model 1779 Windbüchse.

The early air guns used three basic principles of air compression. One of the first and perhaps the earliest is the Bellows system. It used a bellows hidden in the butt that was powered by two strong leaf springs which swiftly closed the bellows when the trigger was pulled. The second system used an air reservoir that was either detachable and pumped up before re attaching to the gun or was part of the gun such as in the butt and pressurized by a seperate pump. The third system used a piston or syringe that was spring loaded and when released compressed the air.

On this page I will first include in their entirety three early referances to the Windbüchse from 1748, 1798 and 1894. They are in the old German script so I am sure there are only a few  viewers who will be able to read them but they are presented here for those who can. I will then show some differant examples of the earliest types.

The first text is from the 1748 edition of Grosses Volstandiges Universal Lexicon by  Johann Heinrich Debler.  It mentions numerous individuals with developing the Windbüchse but with almost no dates (the earliest date stated is 1644) and few other details of the early inventors or makers. 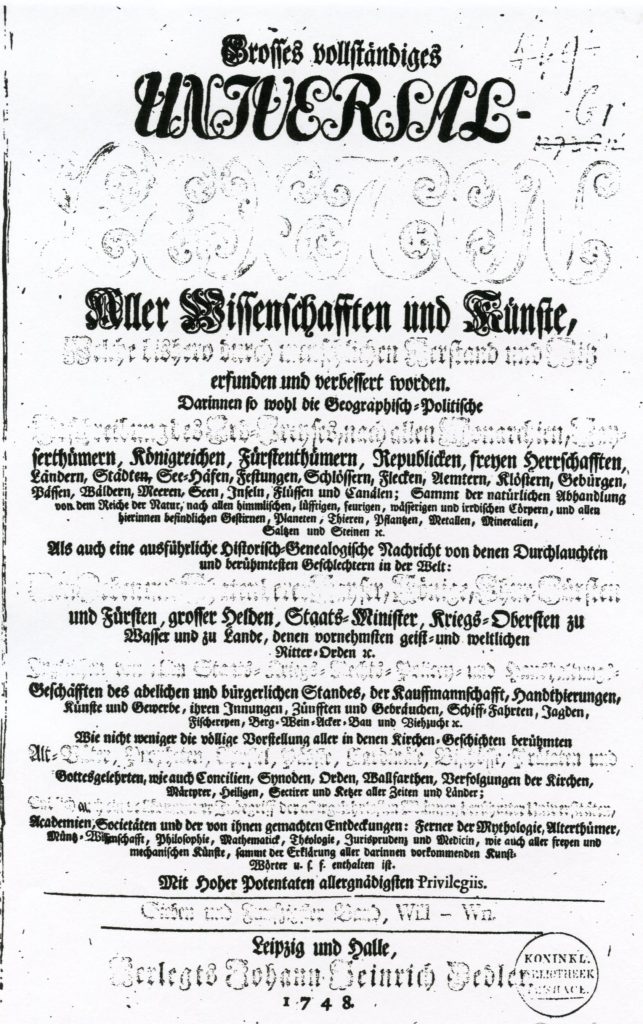 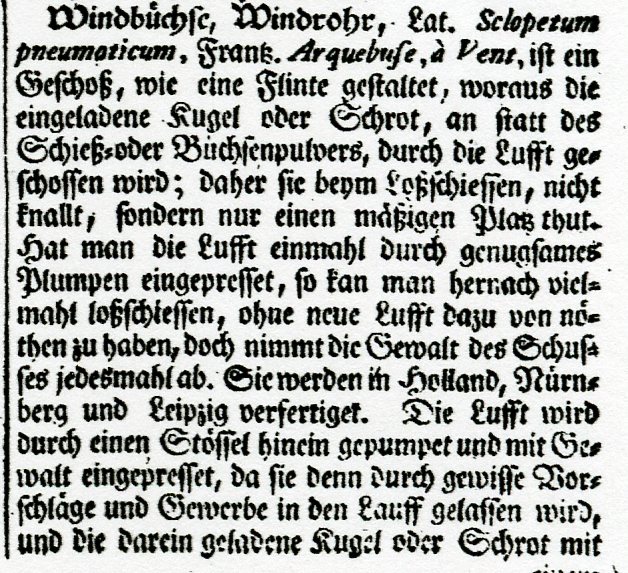 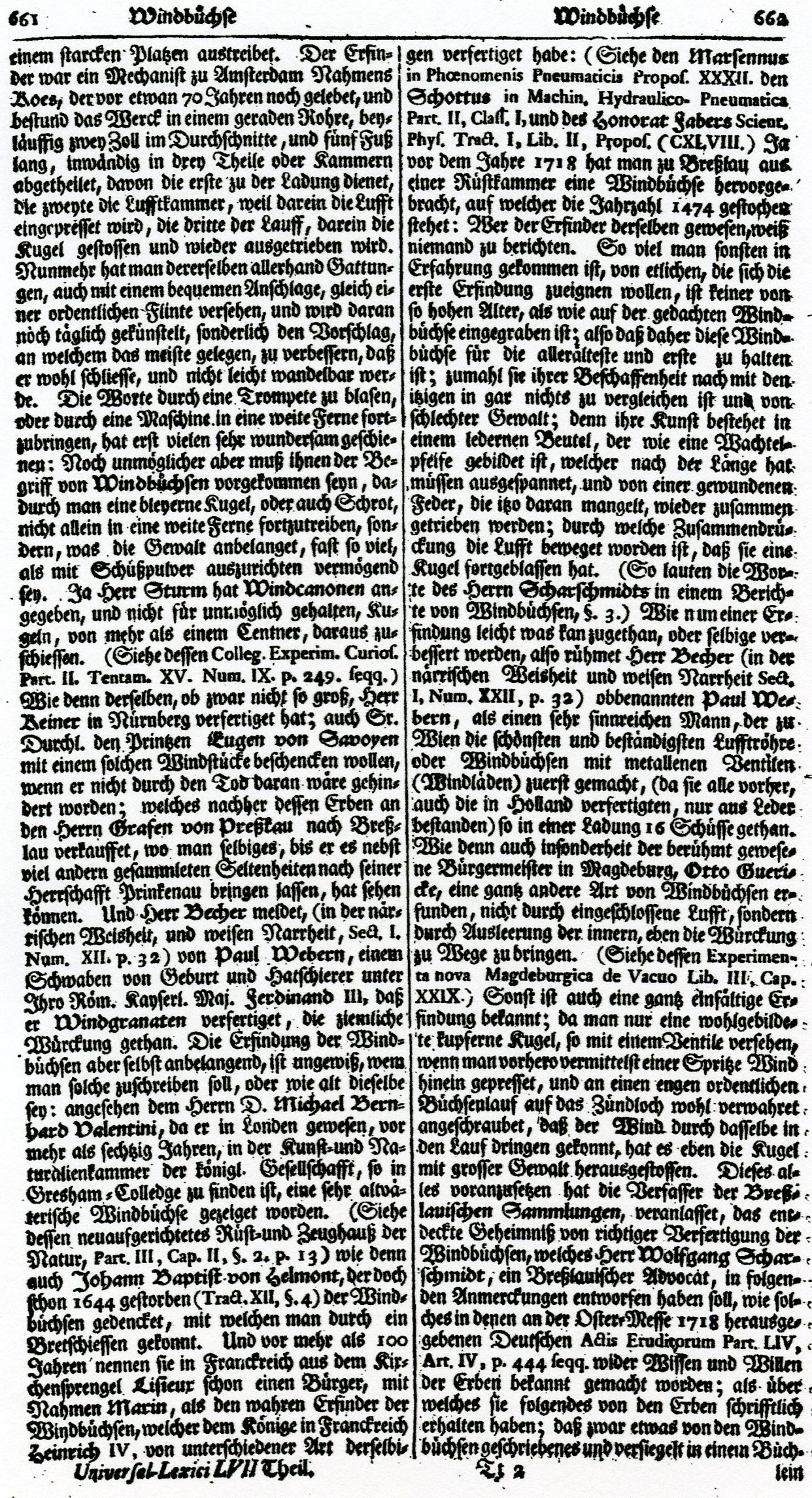 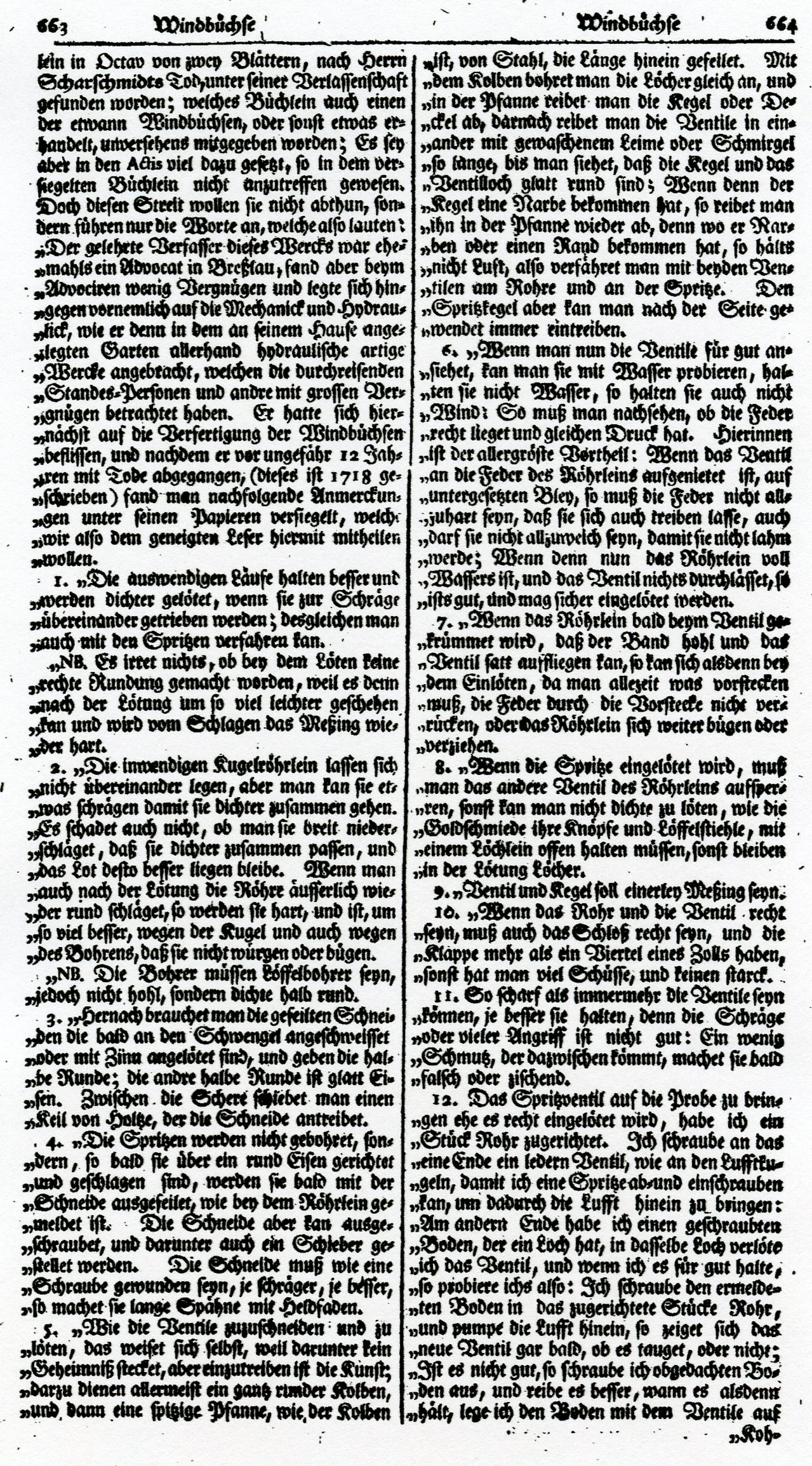 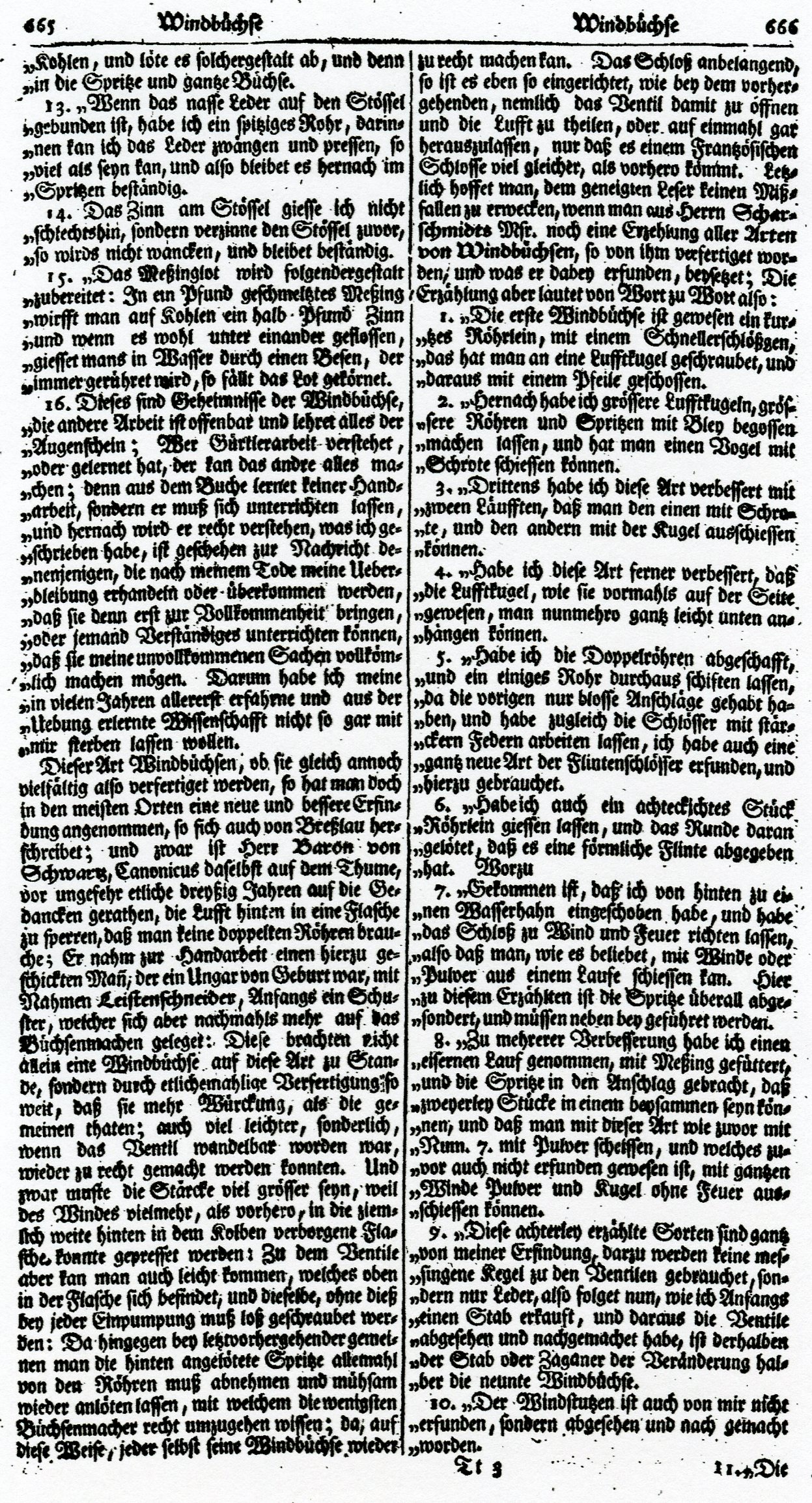 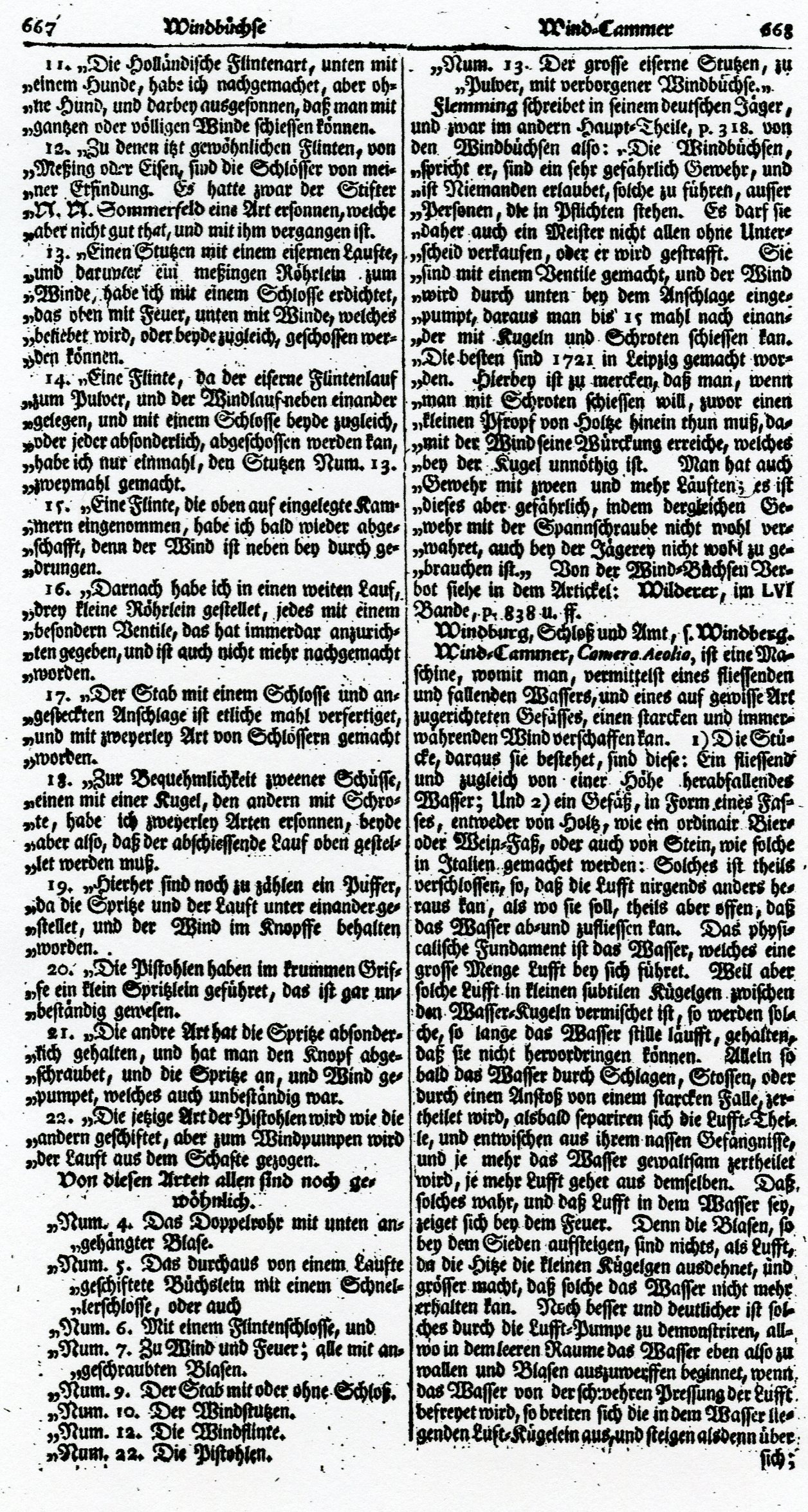 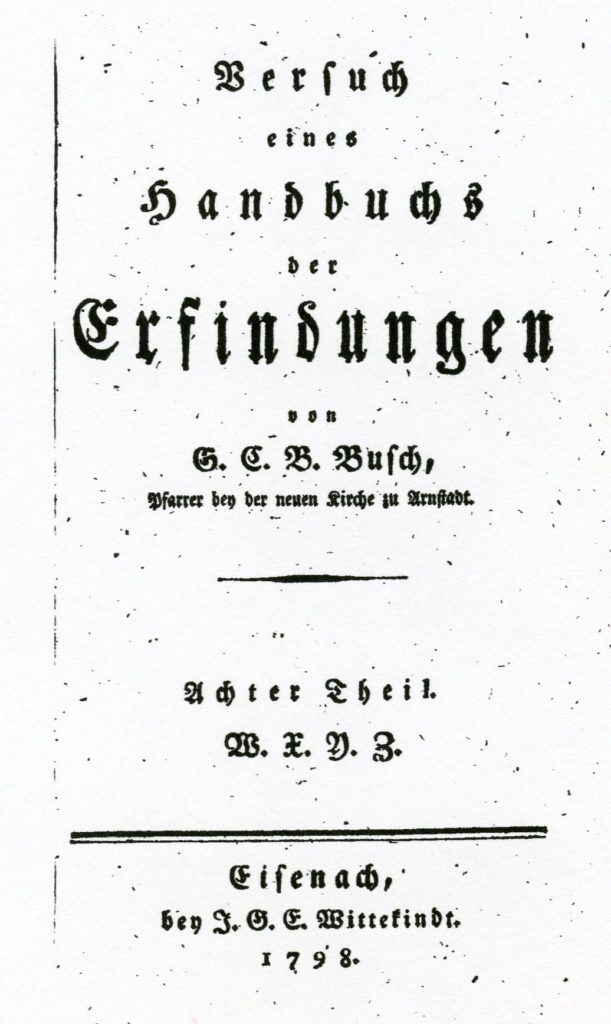 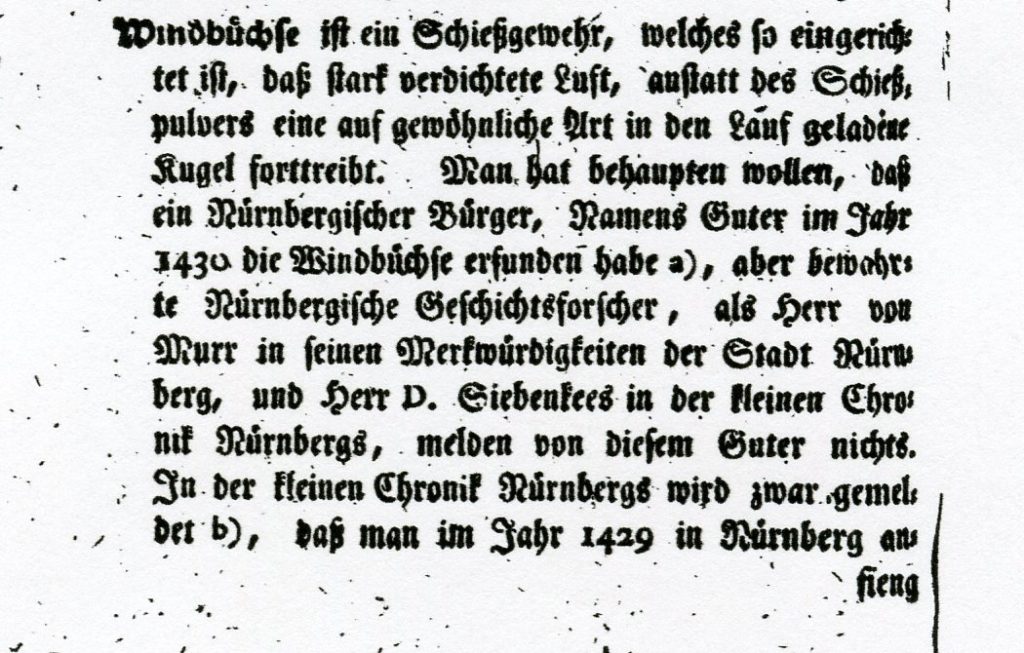 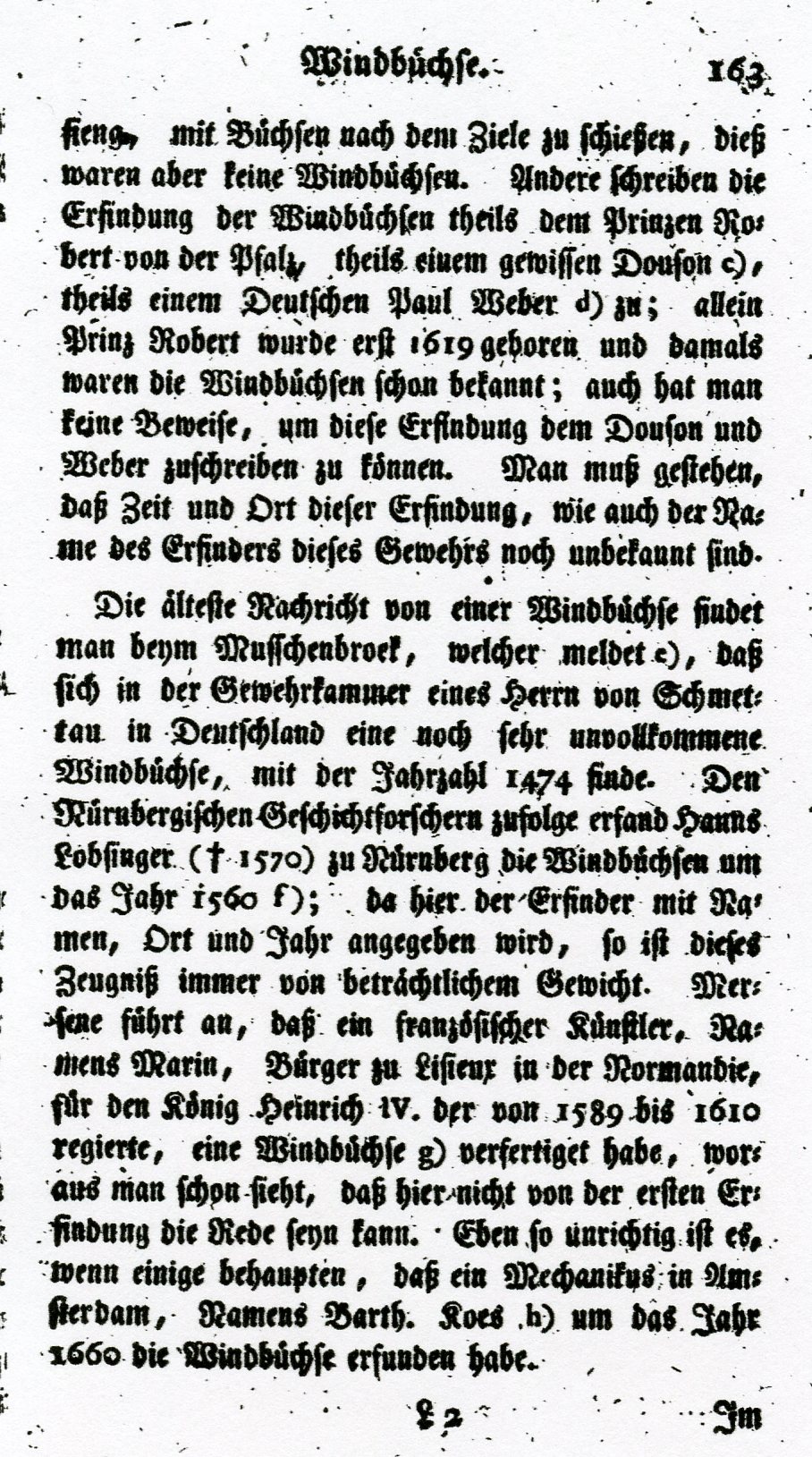 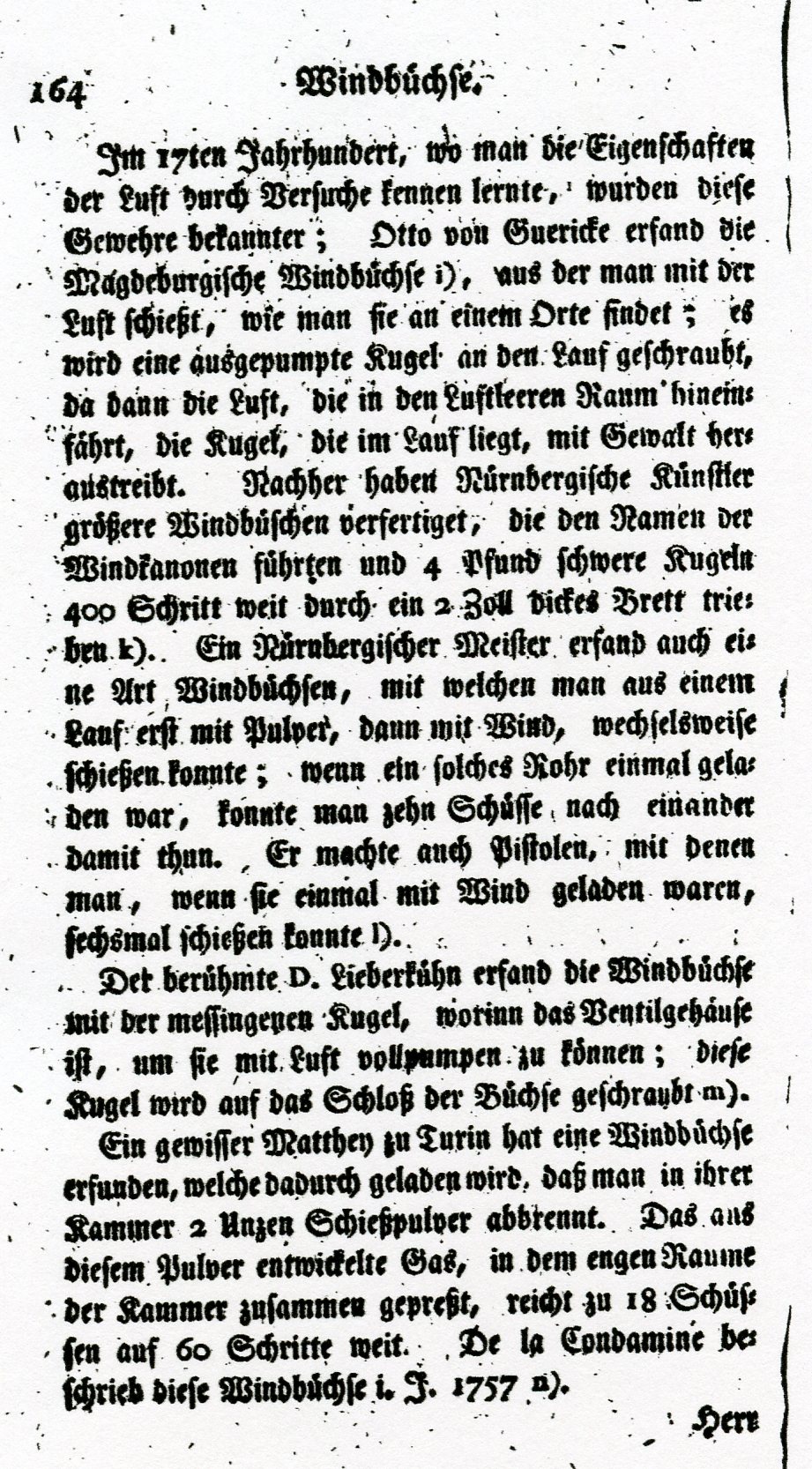 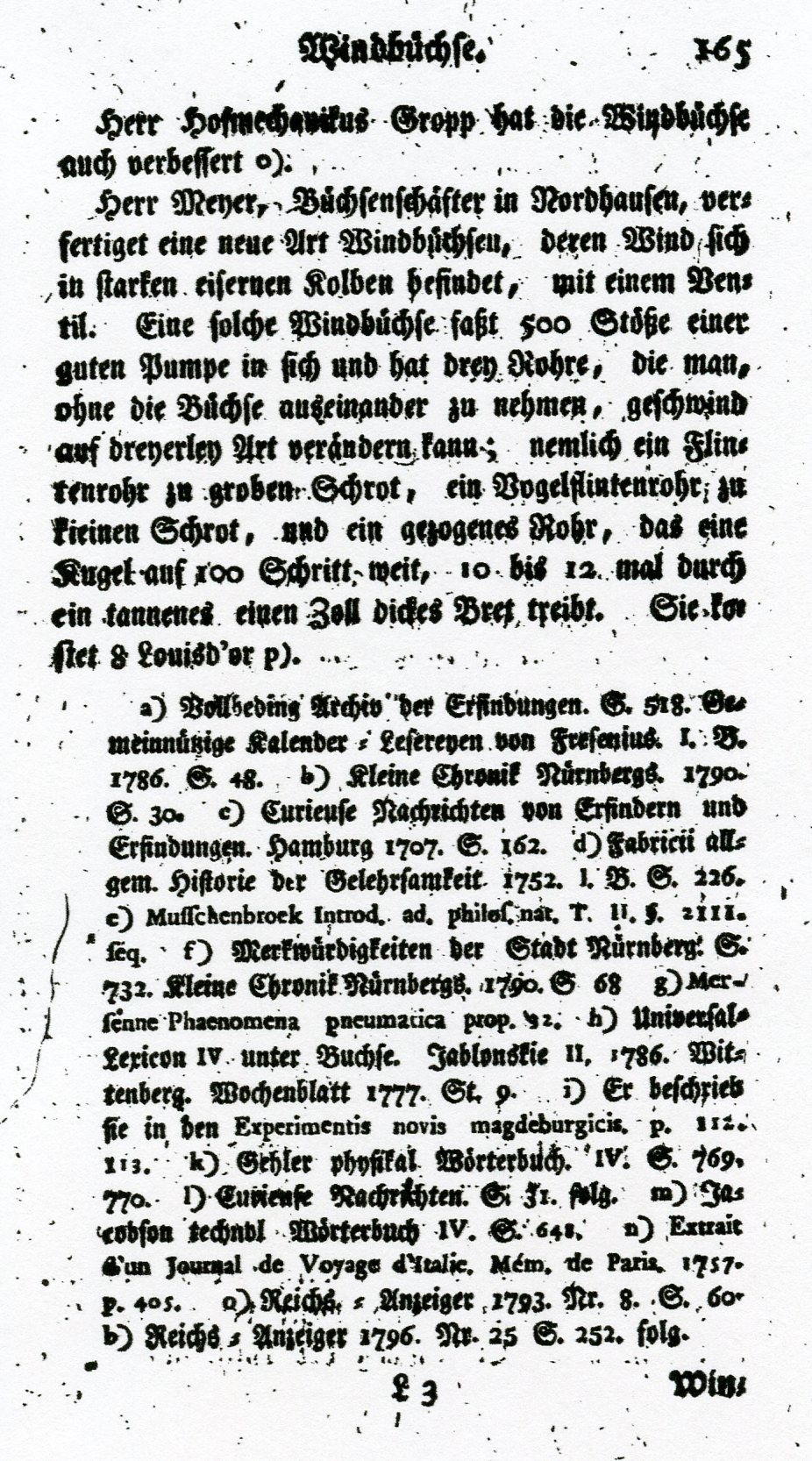 The third old German text referring to Winbüchse is from the Allgemeine Encyklopädie der gesammten Forst und Jagdwissenschaften of 1894 by Raouf Ritter von Dombrowski. This text also credits Guter of Nurnberg with the earliest record of the invention of the Windbüchse in 1430 followed by Hans Lobsinger in 1460. 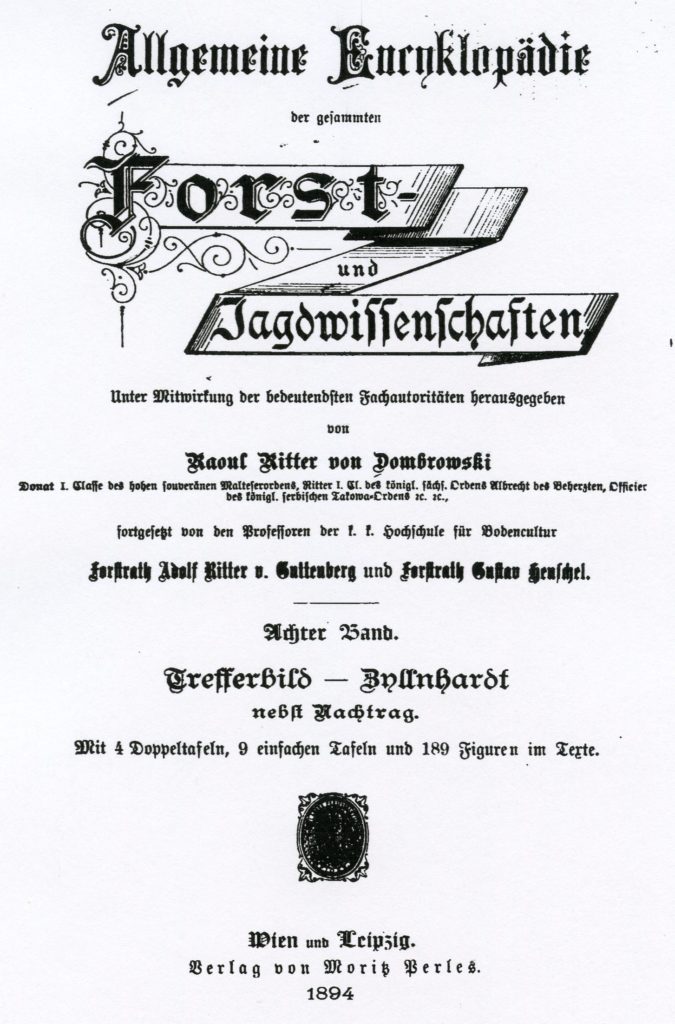 The following images of Early Antique Windbüchsen are courtesy of the Hermann Historica Auctions, Munich and were sold in their May 2007 Auction among many others. 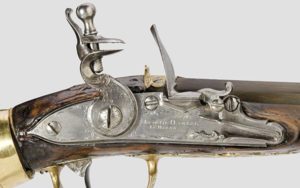 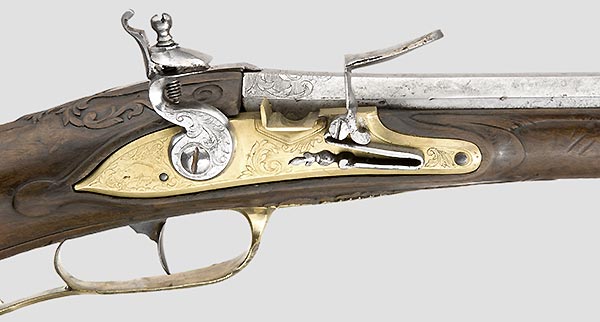 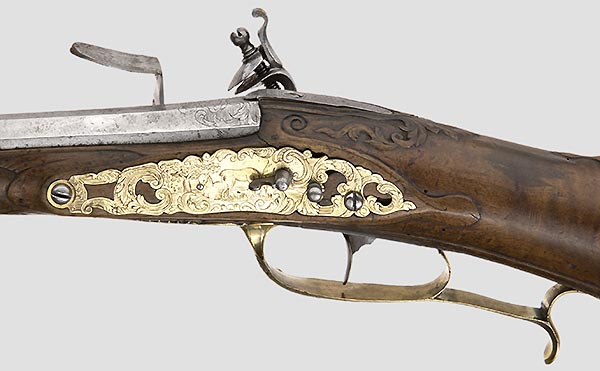 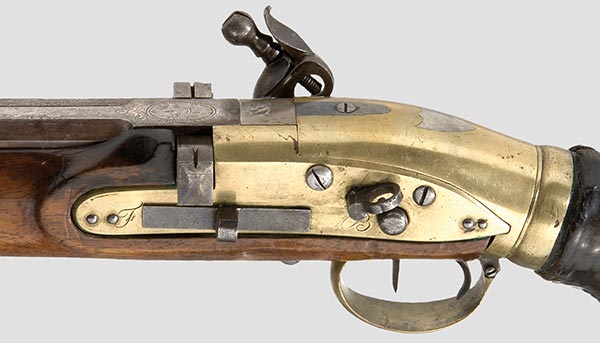 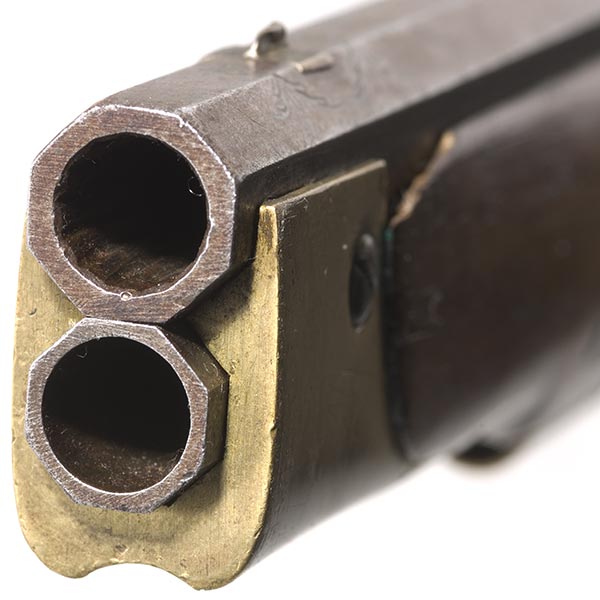 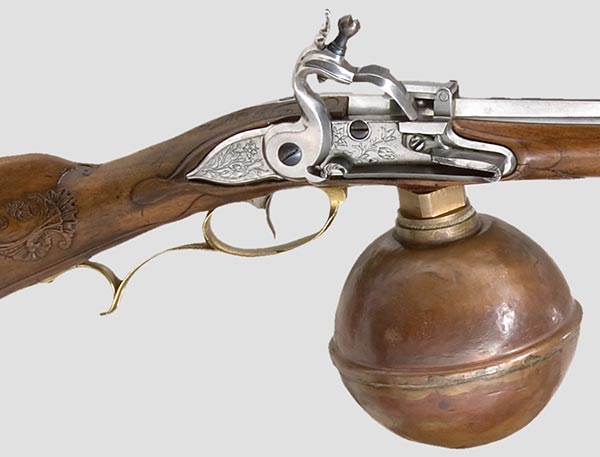 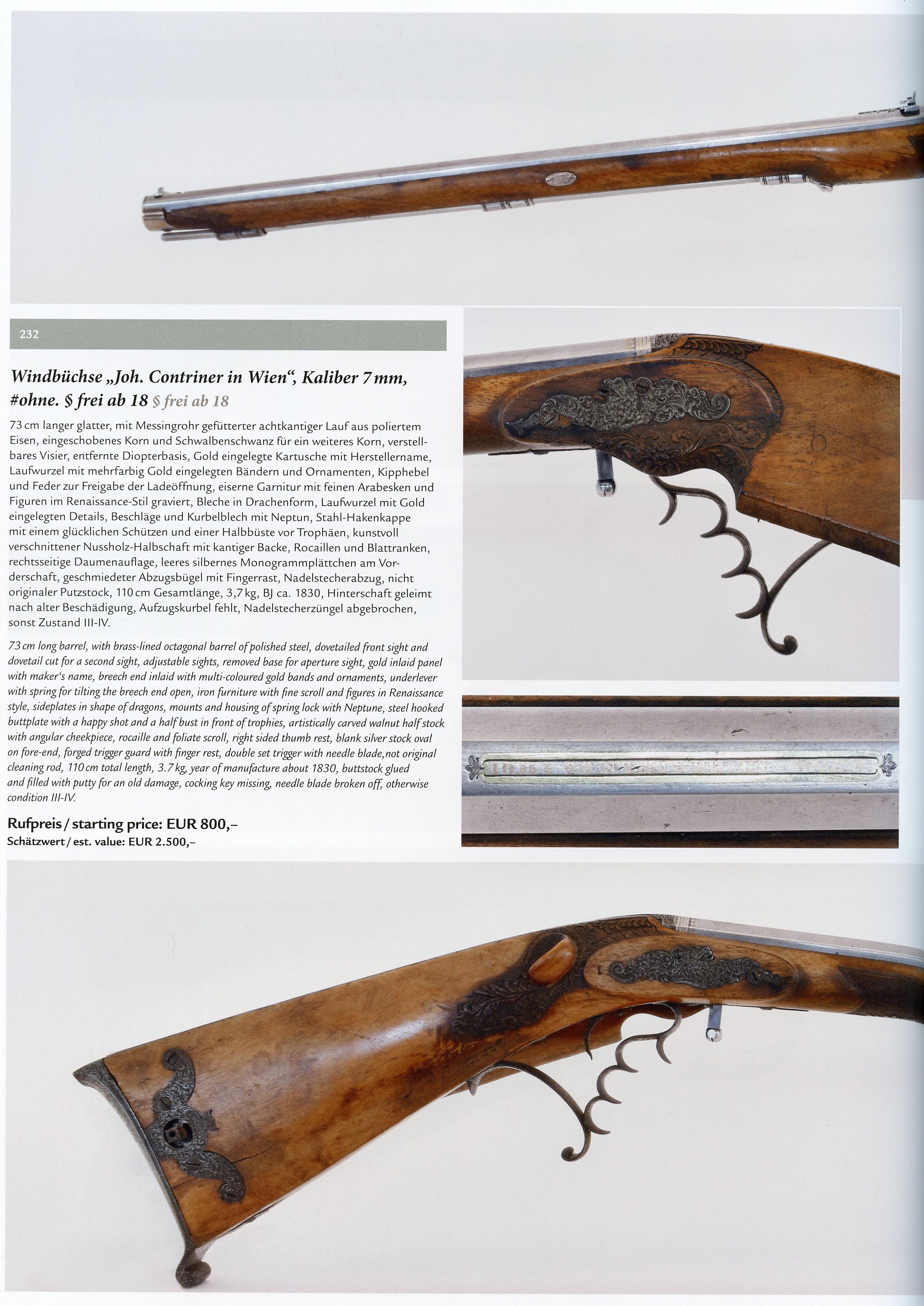 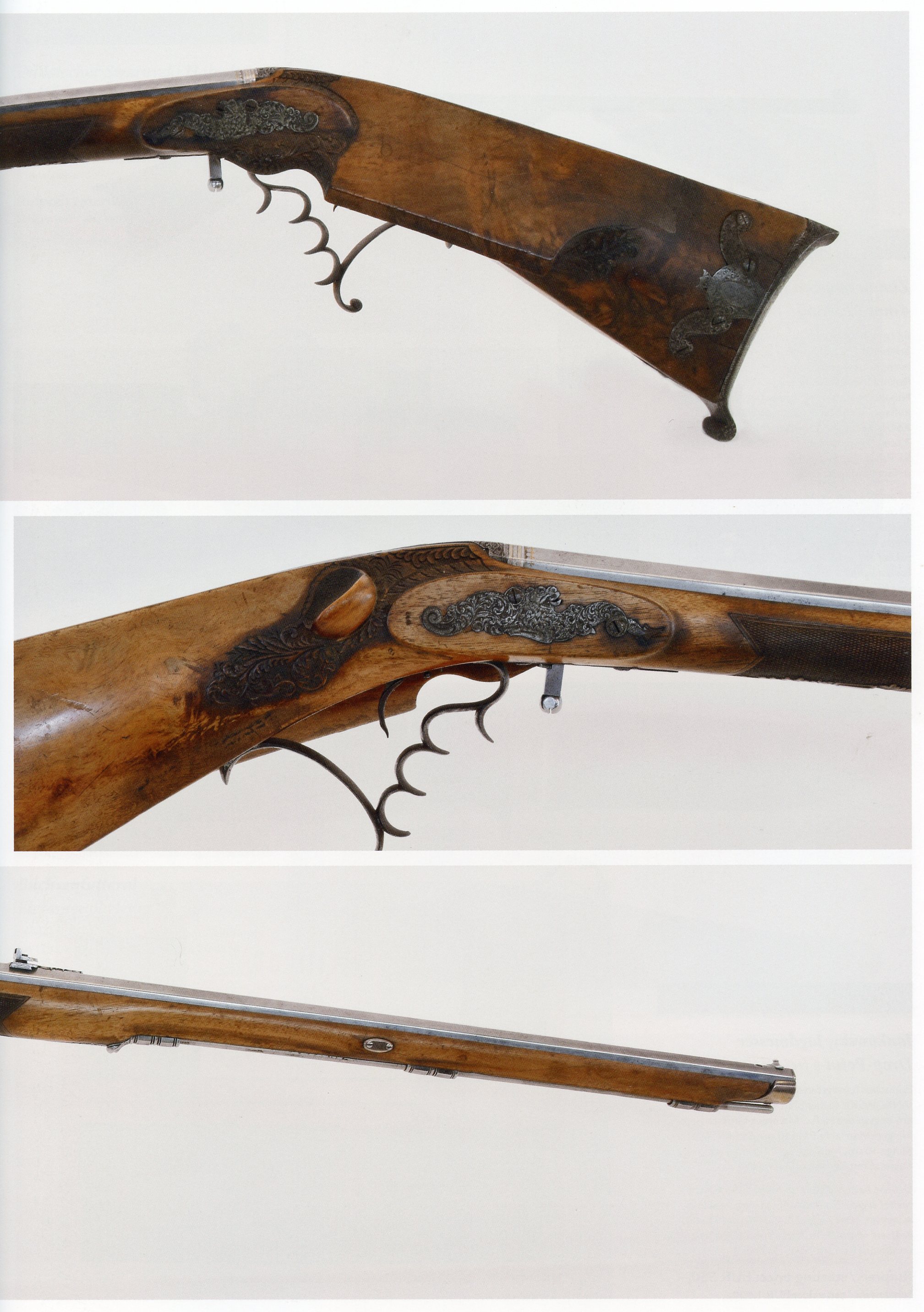 Recommended reading on this subject-

Guns and Rifles of the World by Howard L. Blackmore, Viking Press, 1965