The Hübner family of gun makers is rather extensive and not much is known about them. The most recognizable name is Robert Hübner of Darmstadt who worked during the first half of the 20th Century. We have Karl Pape and Bernd Kellner to thank for the following list of names and information.

August Hübner- Known to be a Büchsenmachermeister in Zella-Mehlis in 1888.

August Hübner- Büchsenmachermeister and Systemmacher at Judithstraße 13 in Suhl in 1910 and 1913. It is not known if these two August Hübner’s are the same man or two different men.

Edgar Hübner- Owner of a Gun Factory and special workshop for “Feiner Systems”. A Master Gunsmith. Also manufactured and sold Hunting and Target guns and produced guns branded “Roland”. In the 1920′ s to 1942.

Emil Hübner- Büschsenmacher at Roten Stein 6 in Suhl in 1913

Robert Hübner- Located at Ernst-Ludwig Straße 11 in Darmstadt, he was born in Zella-Mehlis and was working in Darmstadt by 1912, perhapshe apprenticed to L. Wesp. In 1917 he took over the Wesp shop and business and merged both Companies. He specialized in the Manufacture and sale of Hunting Weapons, Pistols, Revolvers, Ammunition and Hunting Equipment. In the November 1944 issue of the Der Waffenschmied-Ludwigshafen included the following notice and article. 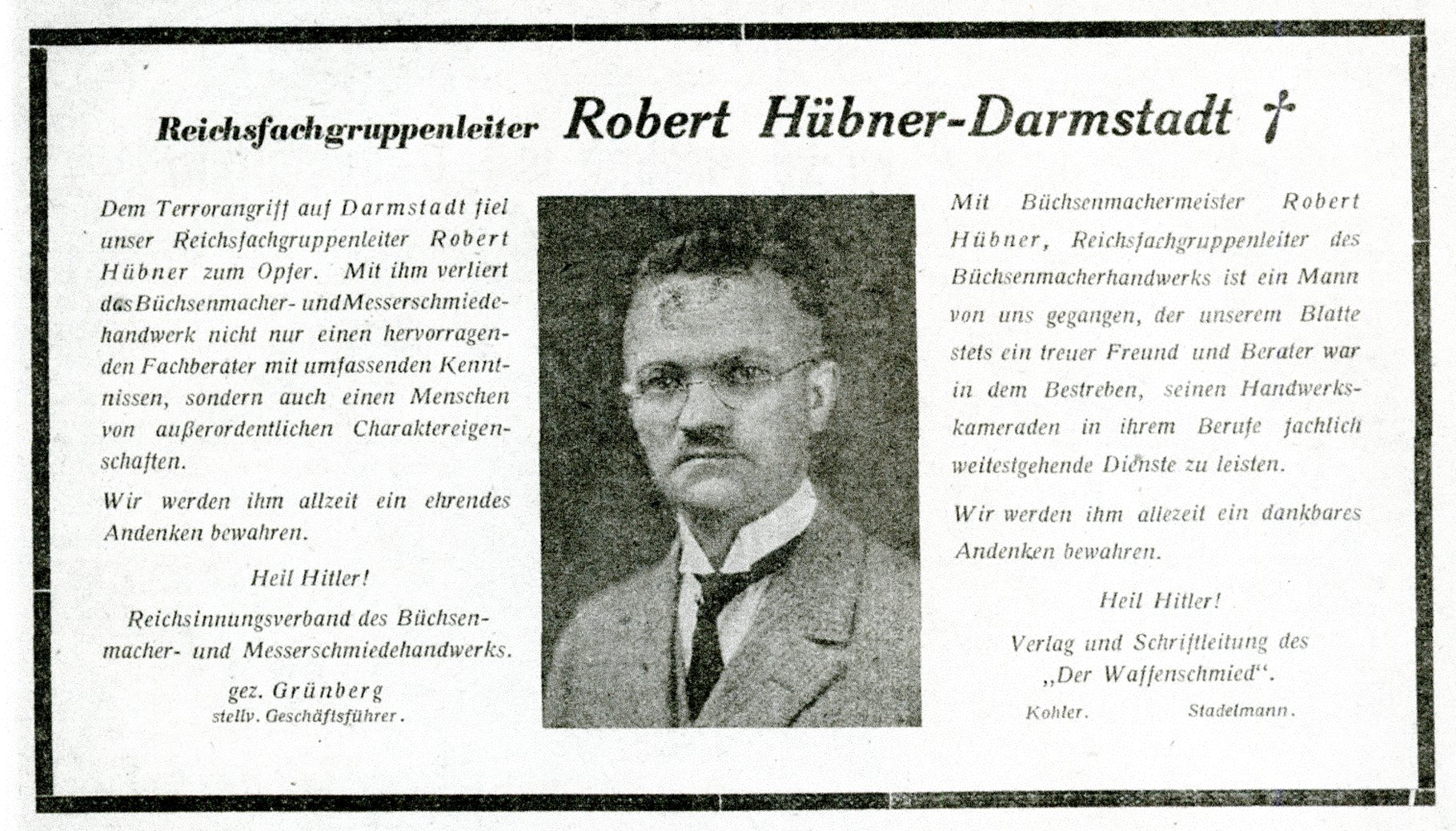 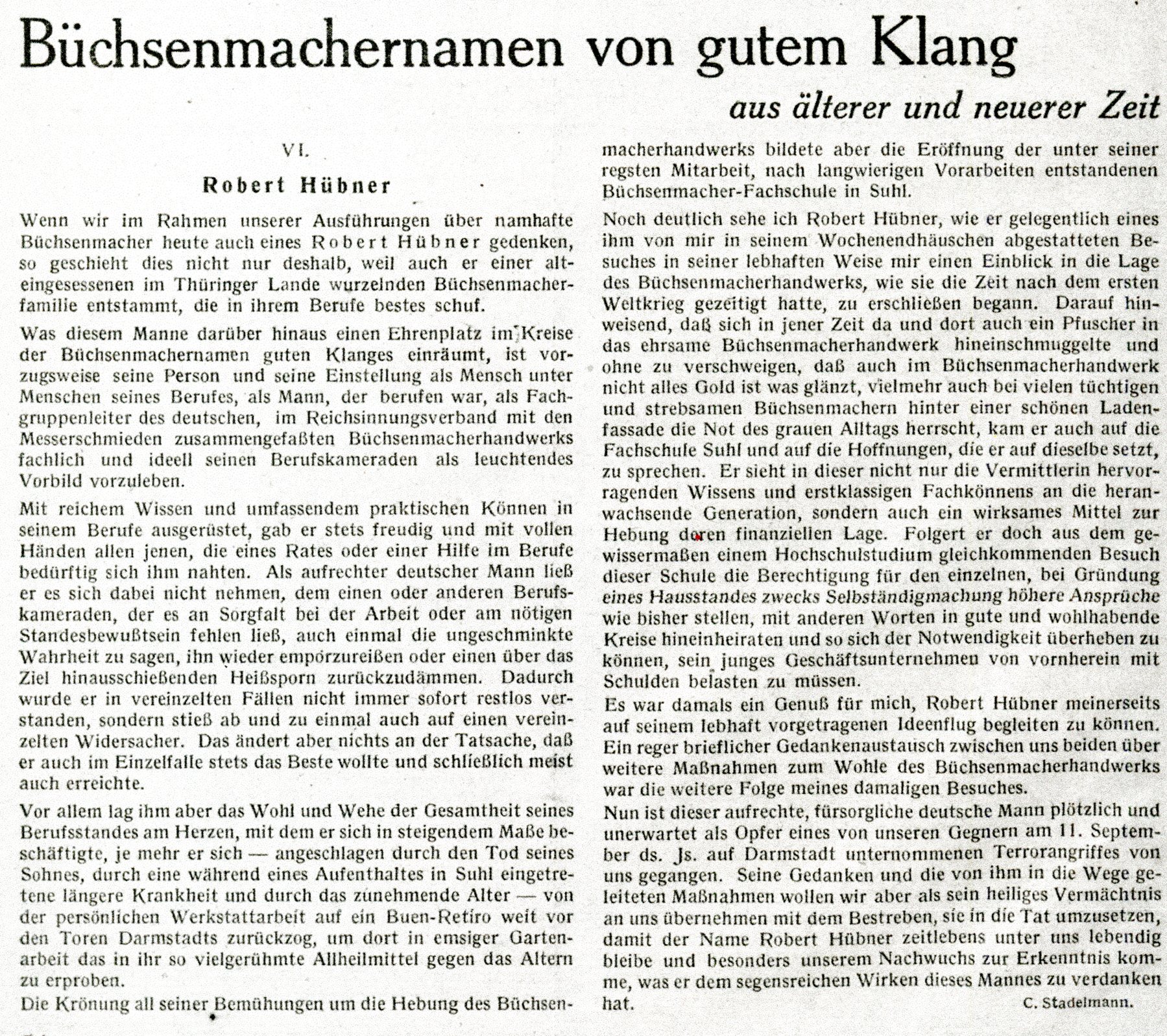 On April 30, 1959 the Robert Hübner firm was issued Deutsches Patent no. 1,056,506 for “Spann und Entspanneinrichtung für ein- oder mehrläufige Jagdgewehre” or a Cocking and unclamping device for single or multi barrel hunting guns. A copy of that patent follows. 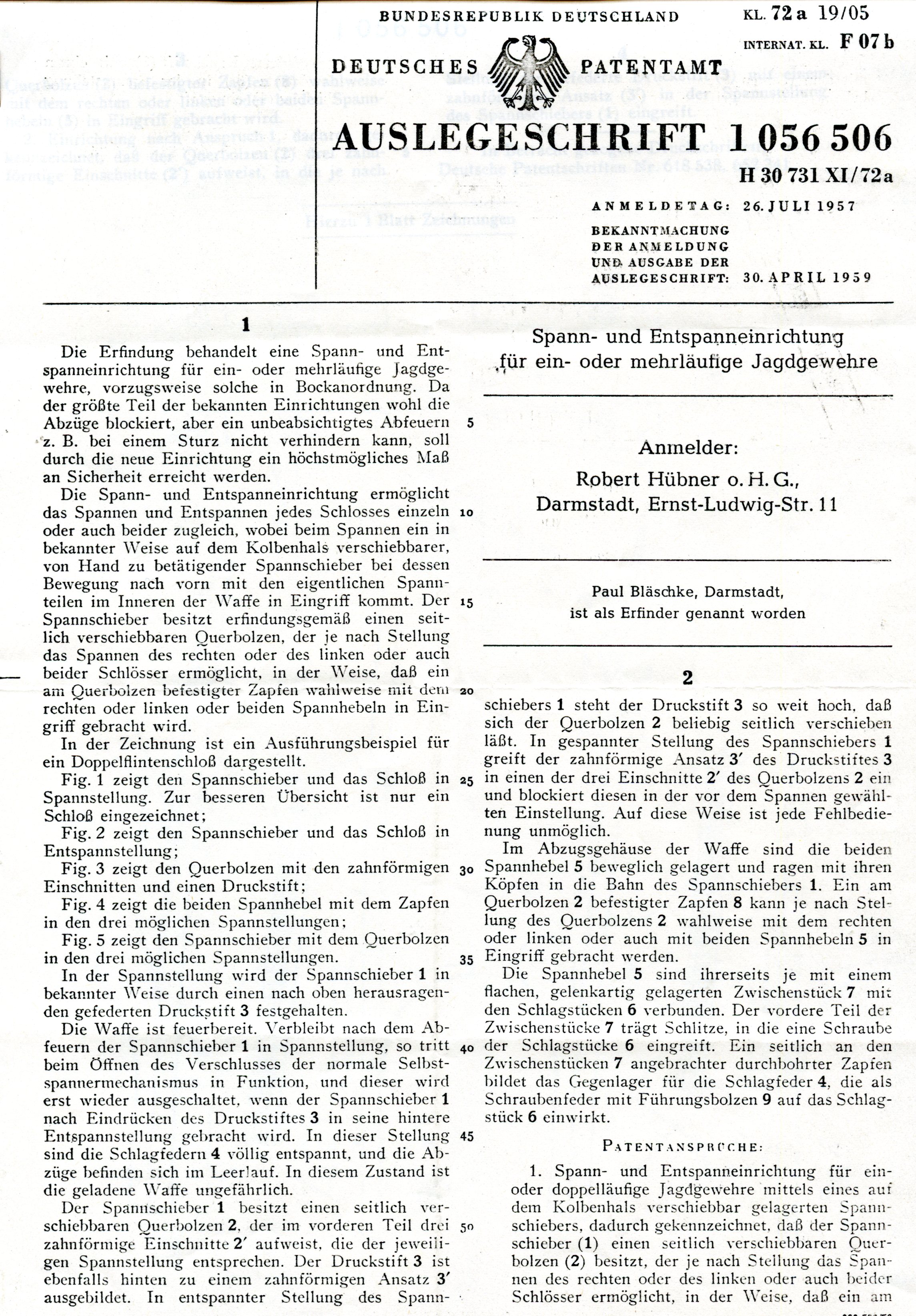 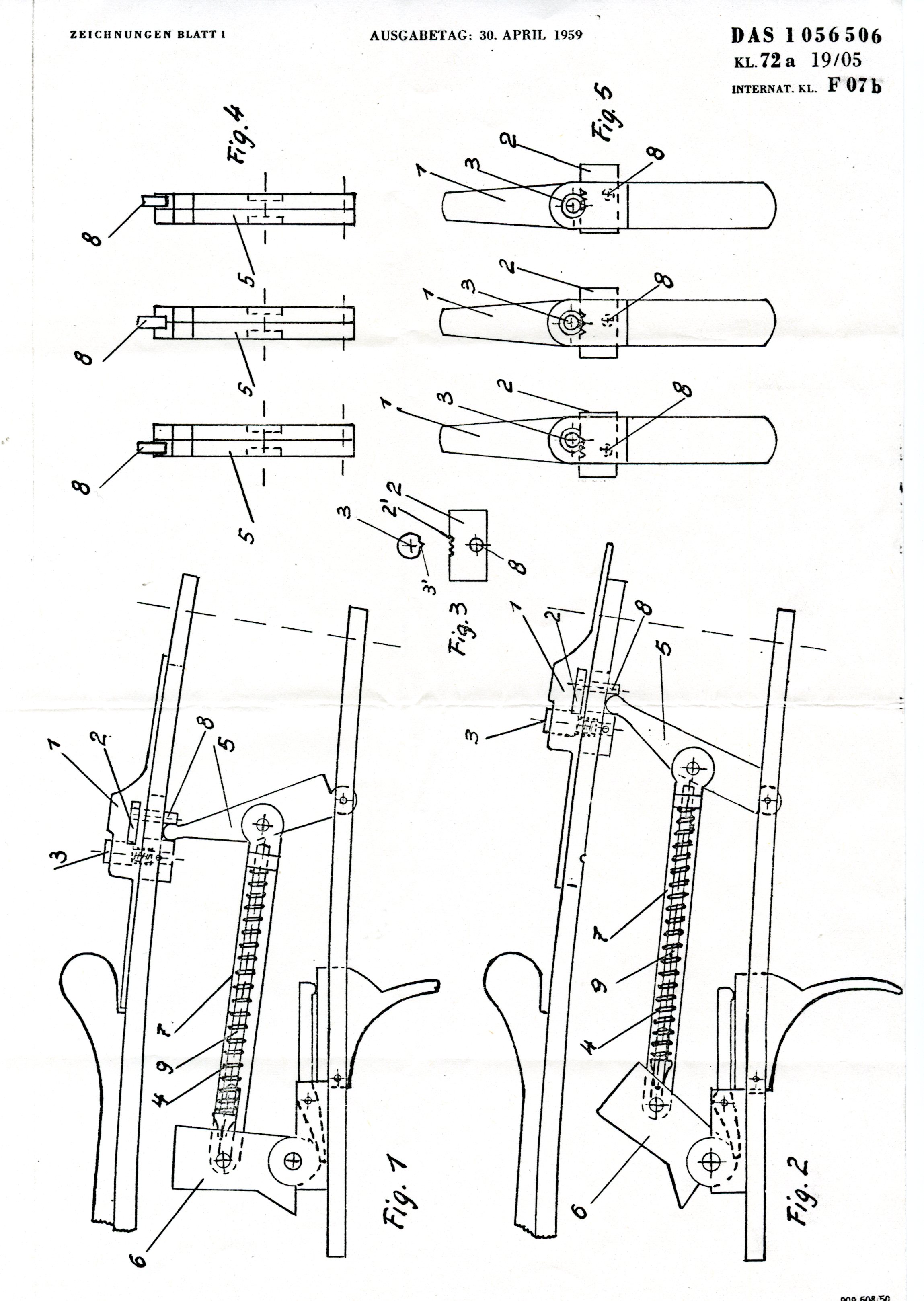 Many guns that are encountered were made by other companies such as Gebruder Merkel and E. Schmidt & Habermann and sold by him with his name applied. This was a very common practice between the two Wars. Images of two examples follow. 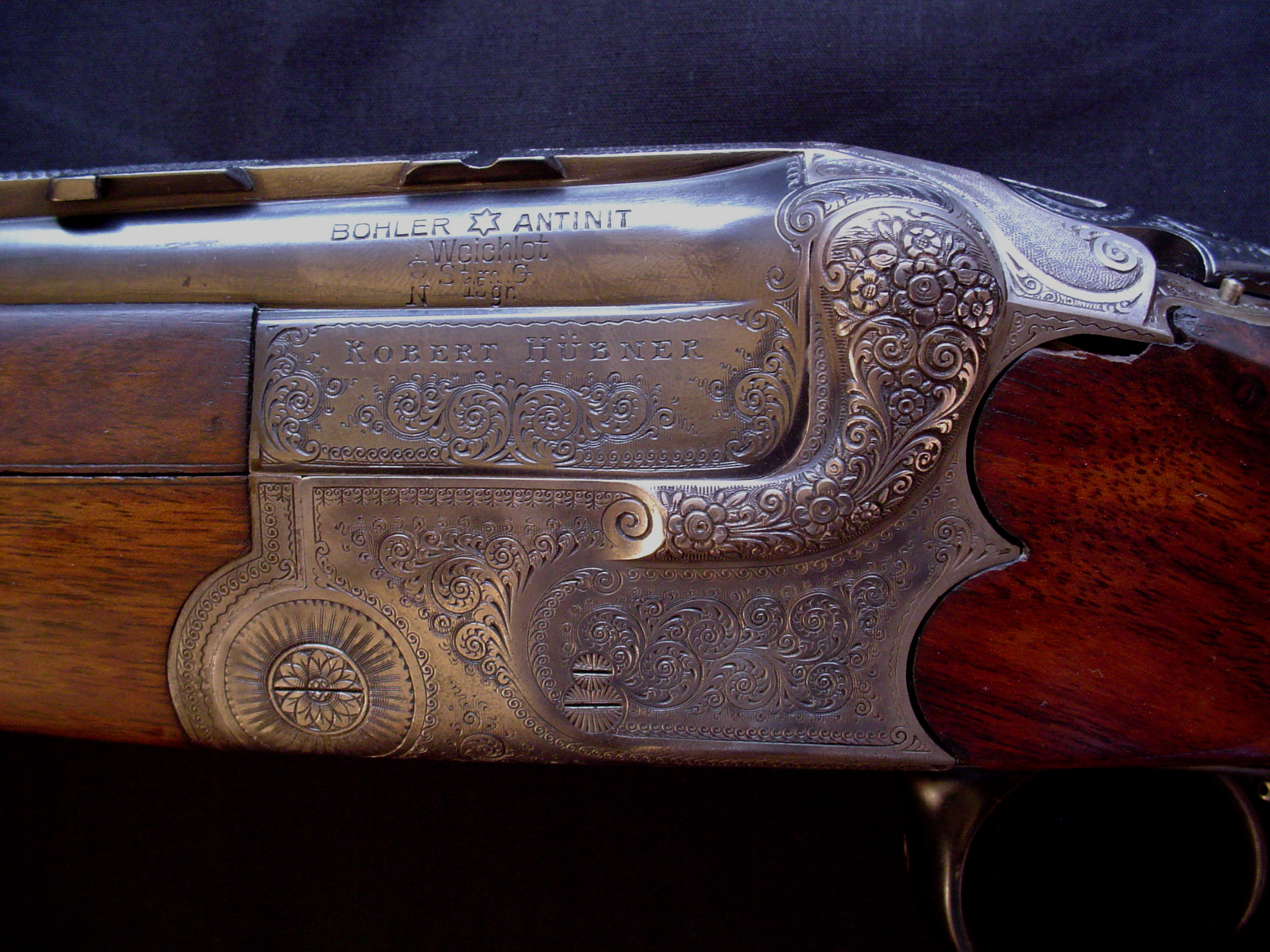 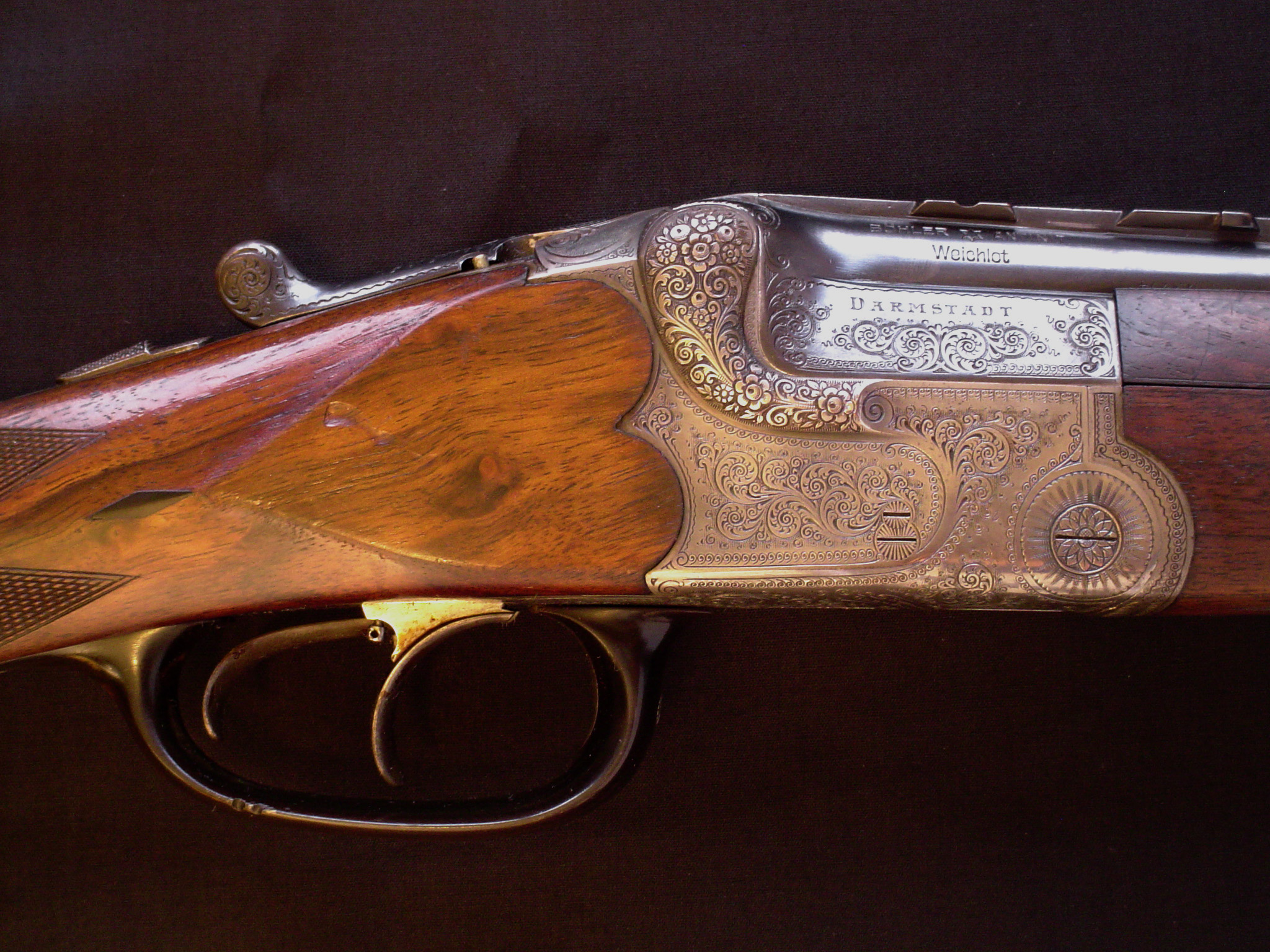 The following images of a Waldlaufer ( a Drilling with a 22 rim fire barrel in the top rib rather than below the shotgun barrels) made by E. Schmidt & Habermann in Suhl. These images were found in Dietrich’s email attachment archives and are from an unknown source. 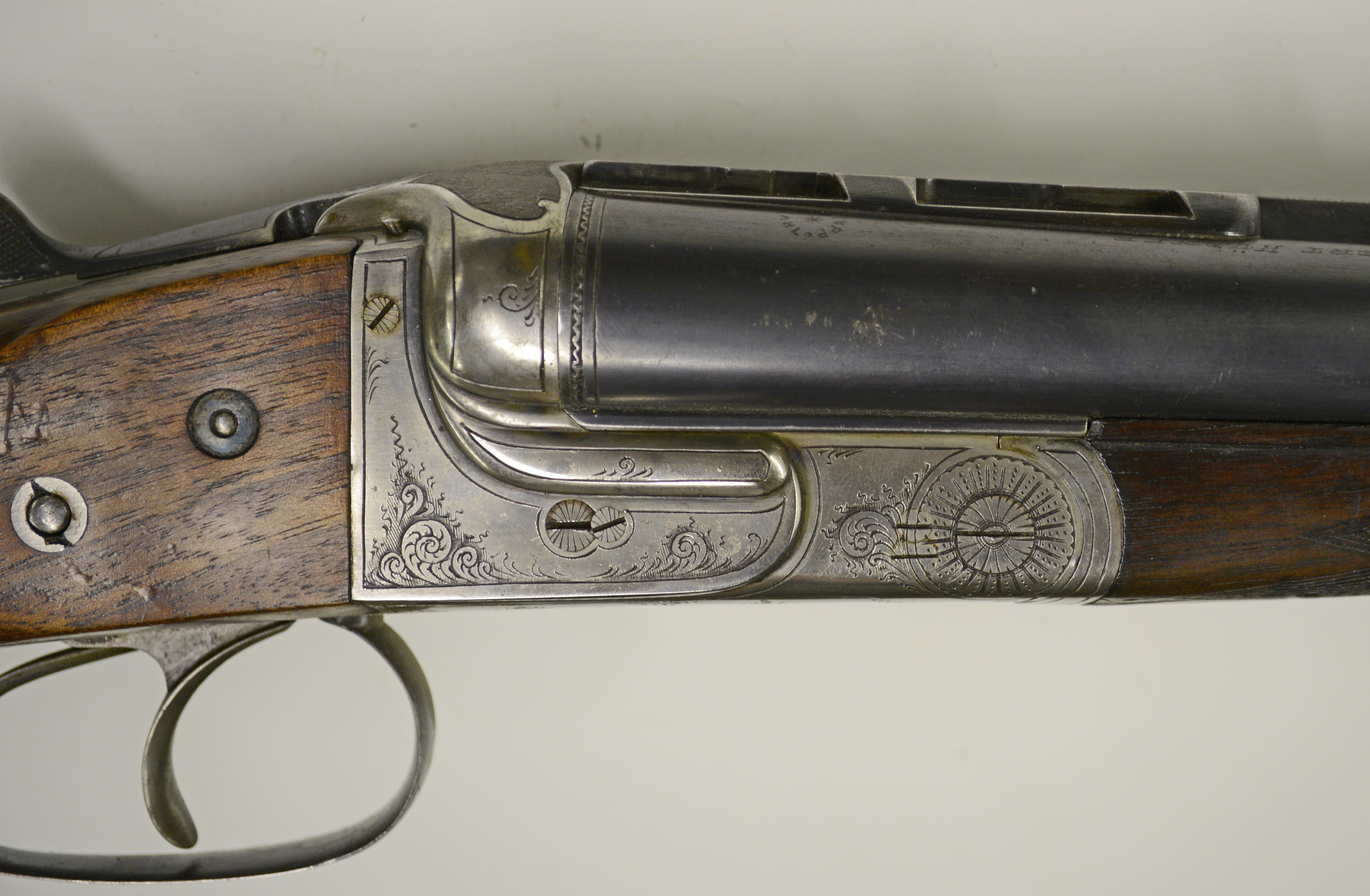 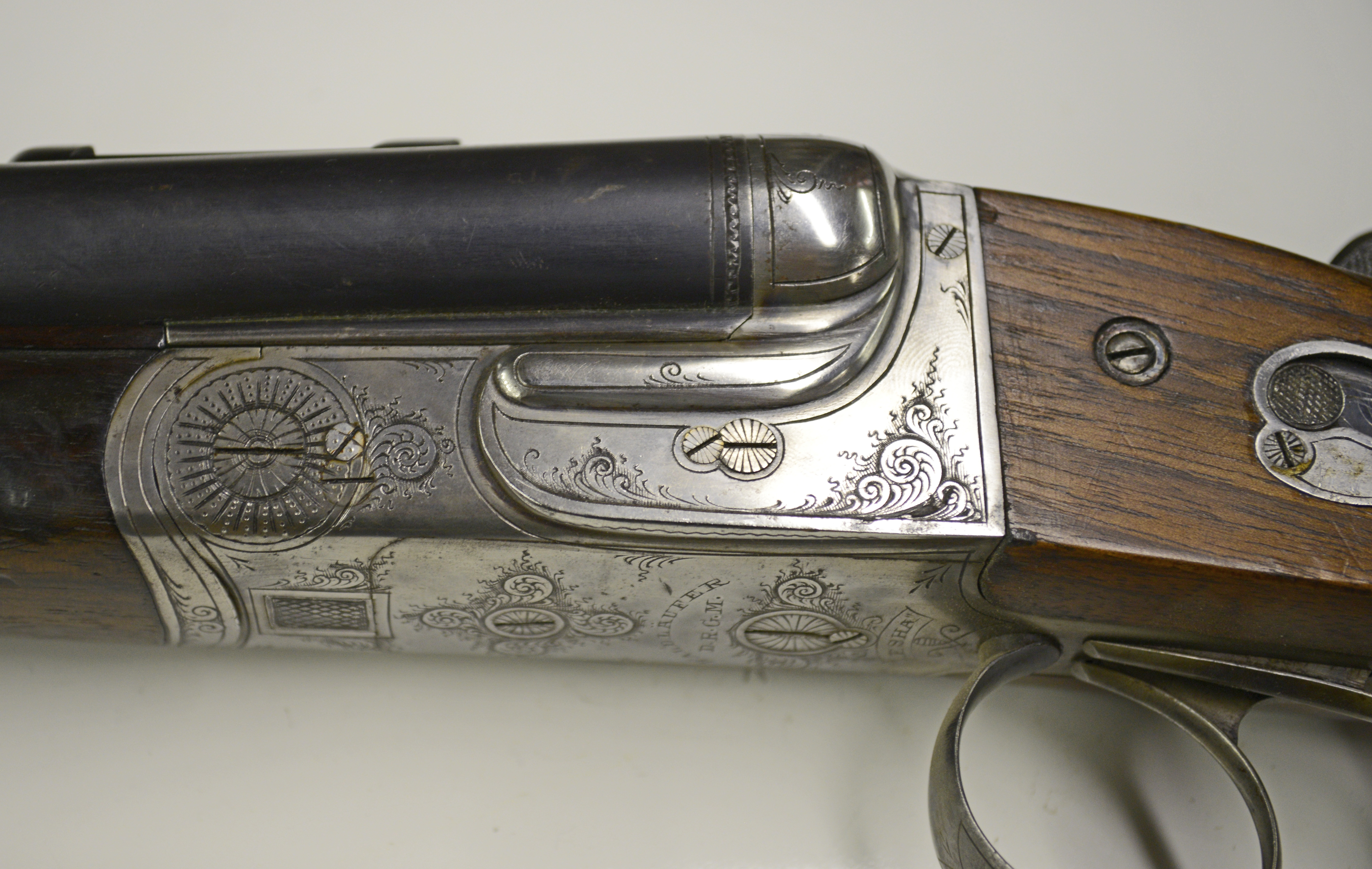 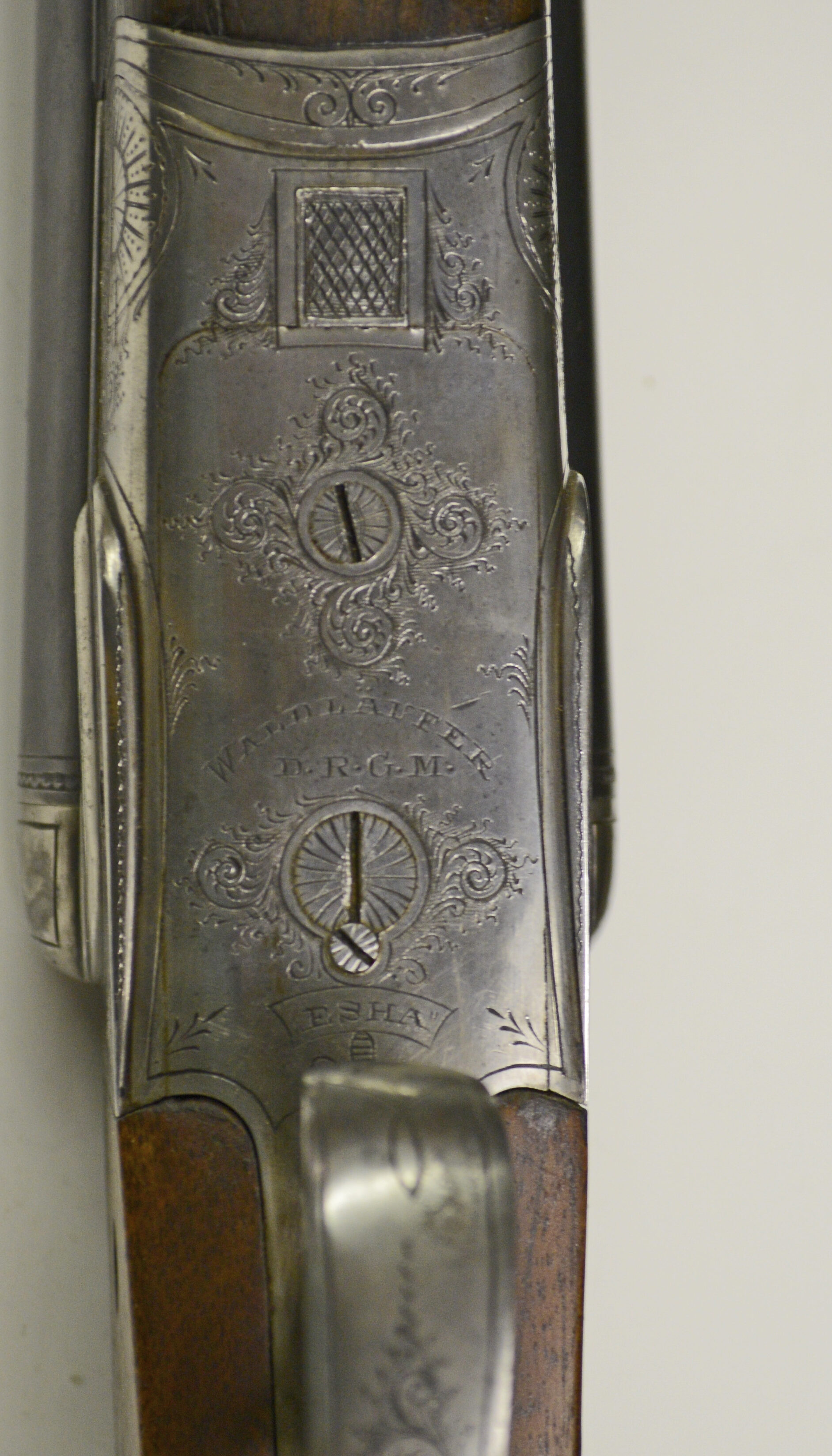 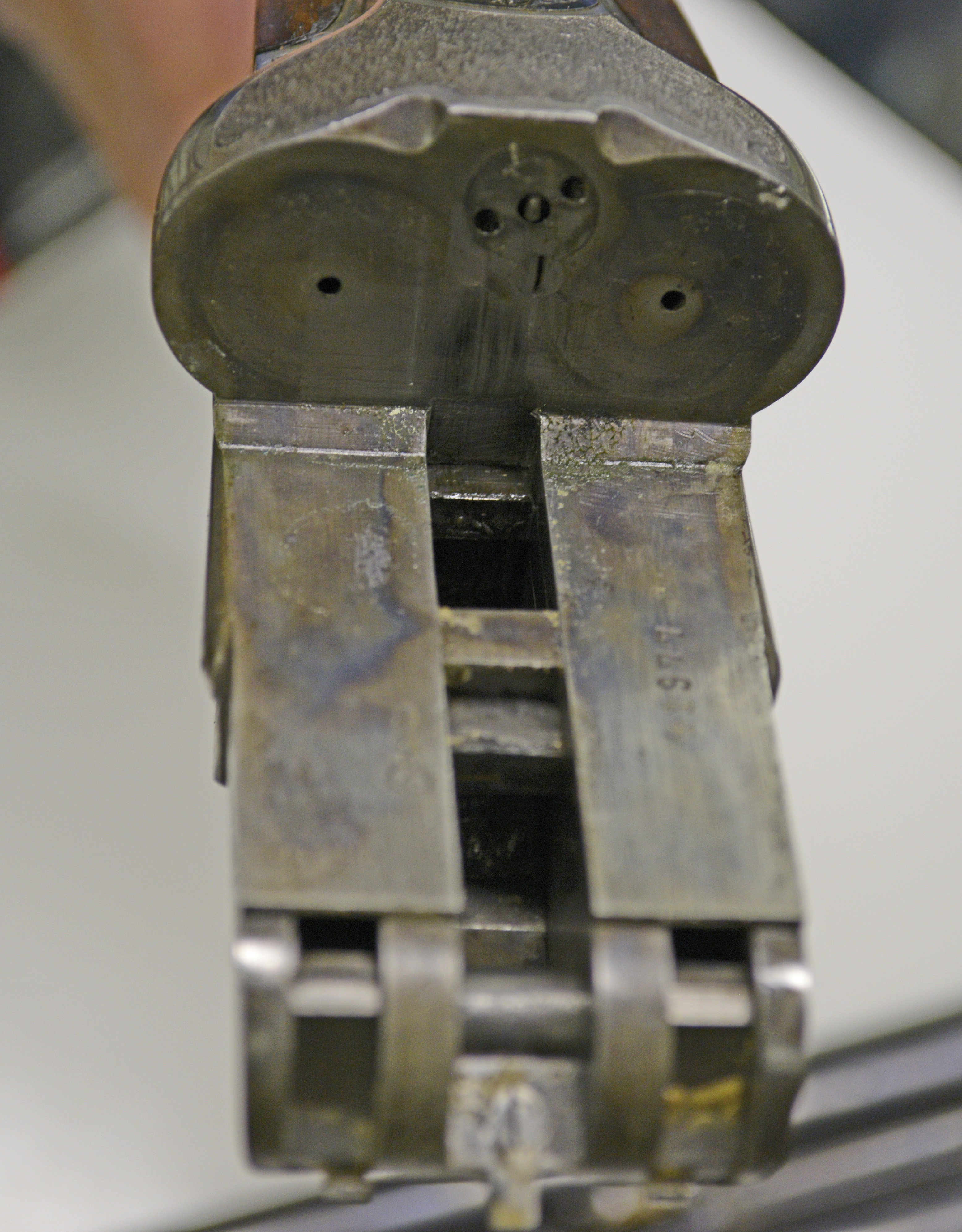 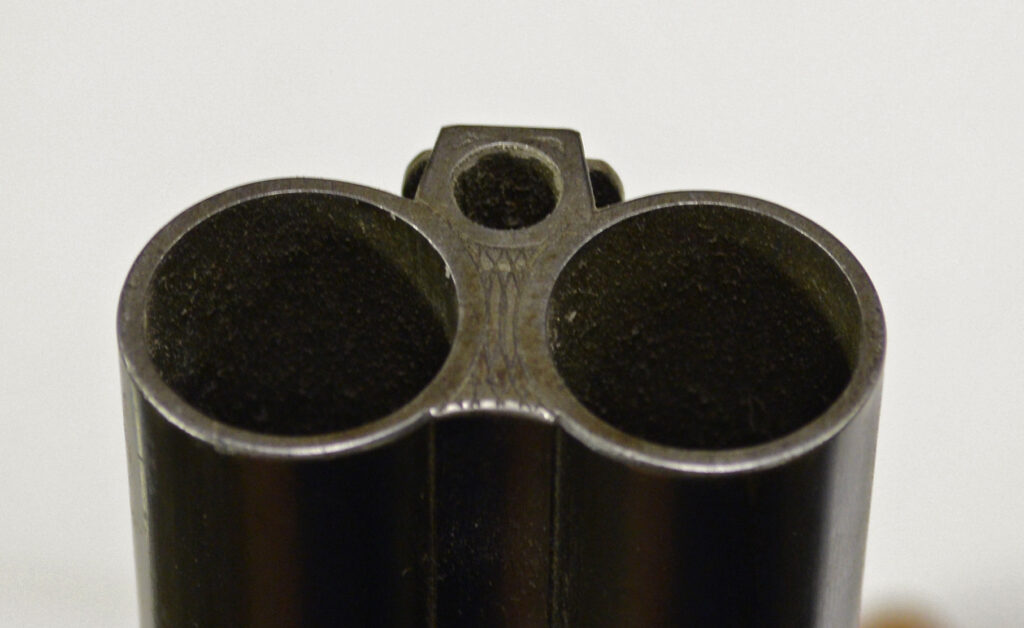 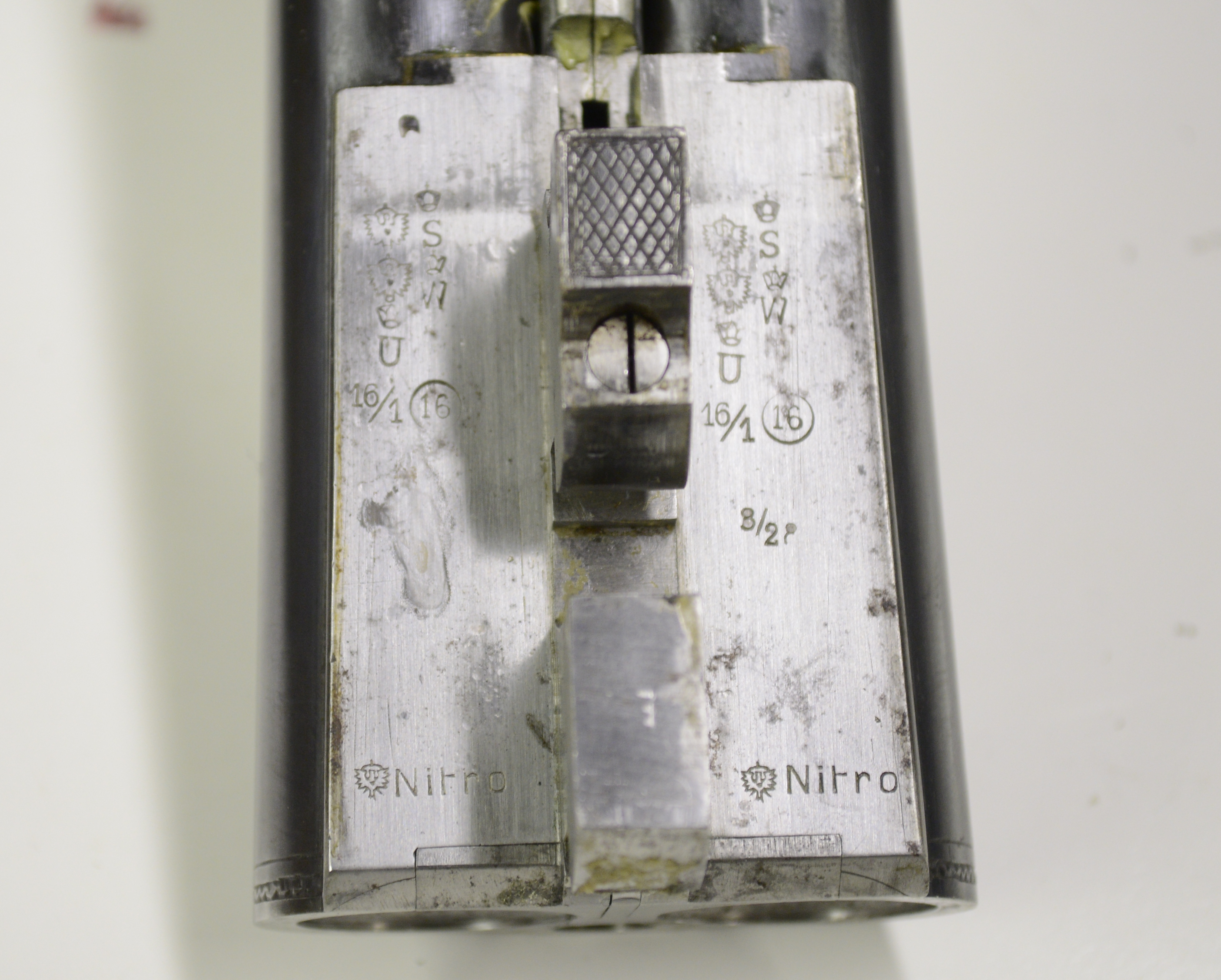 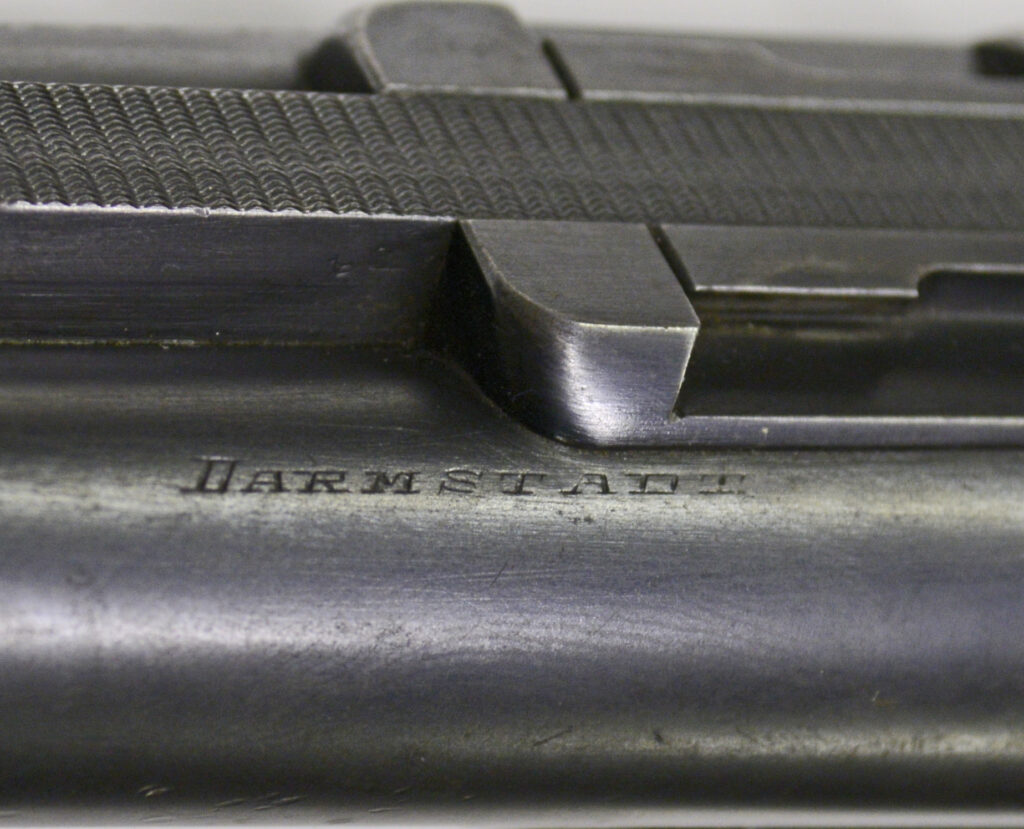 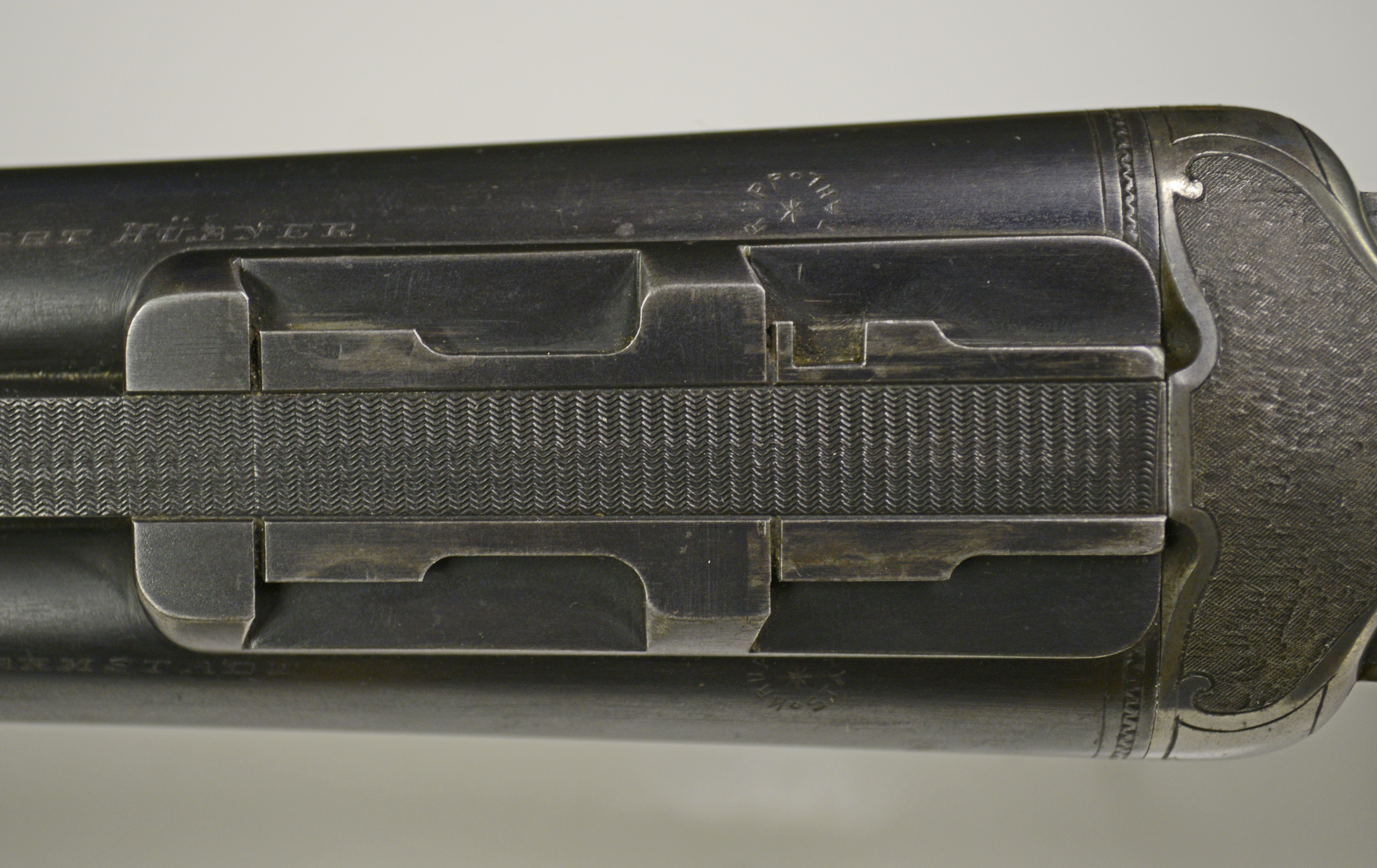 The following image is courtesy of the Rock Island Auction Co.- 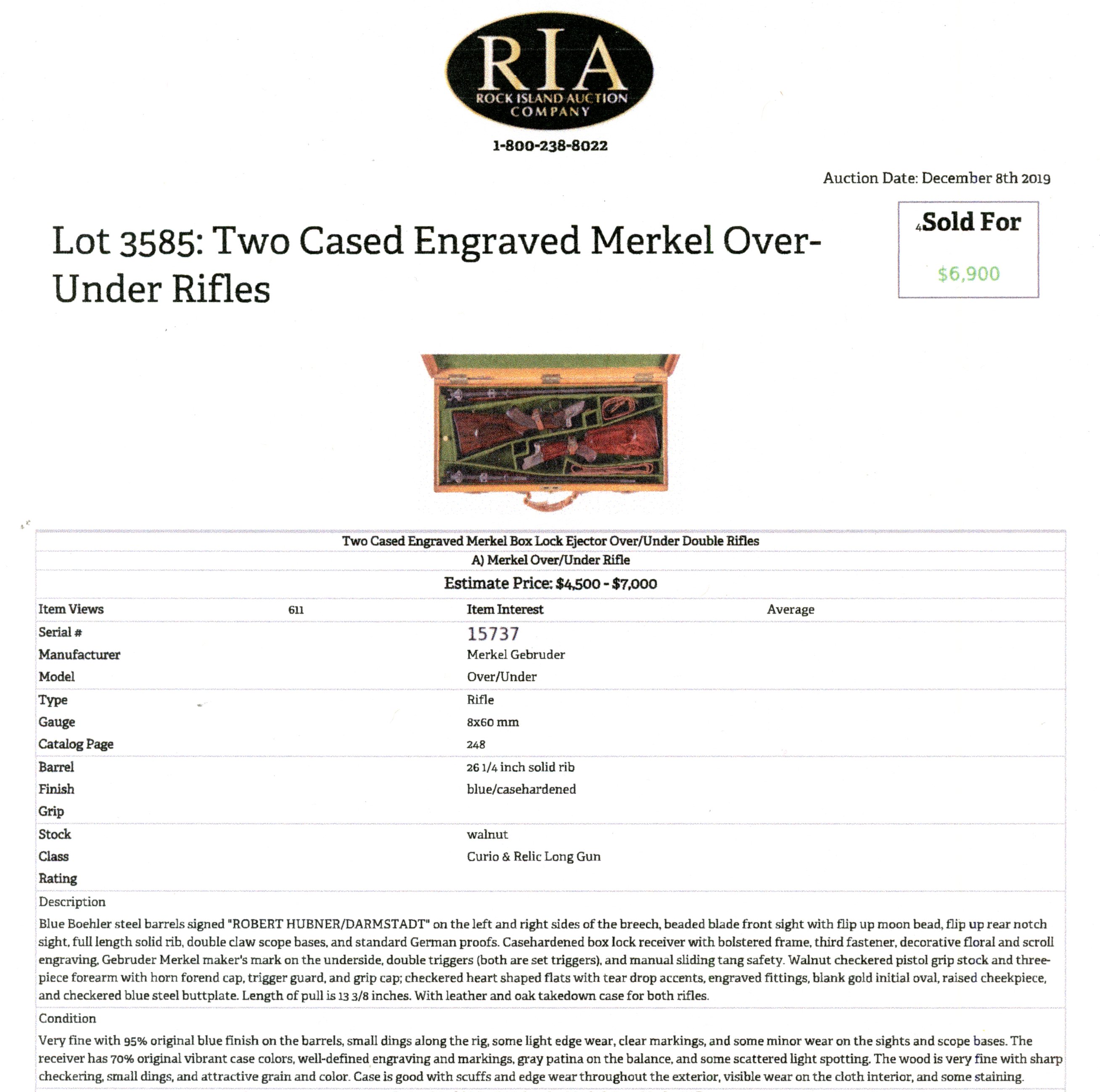 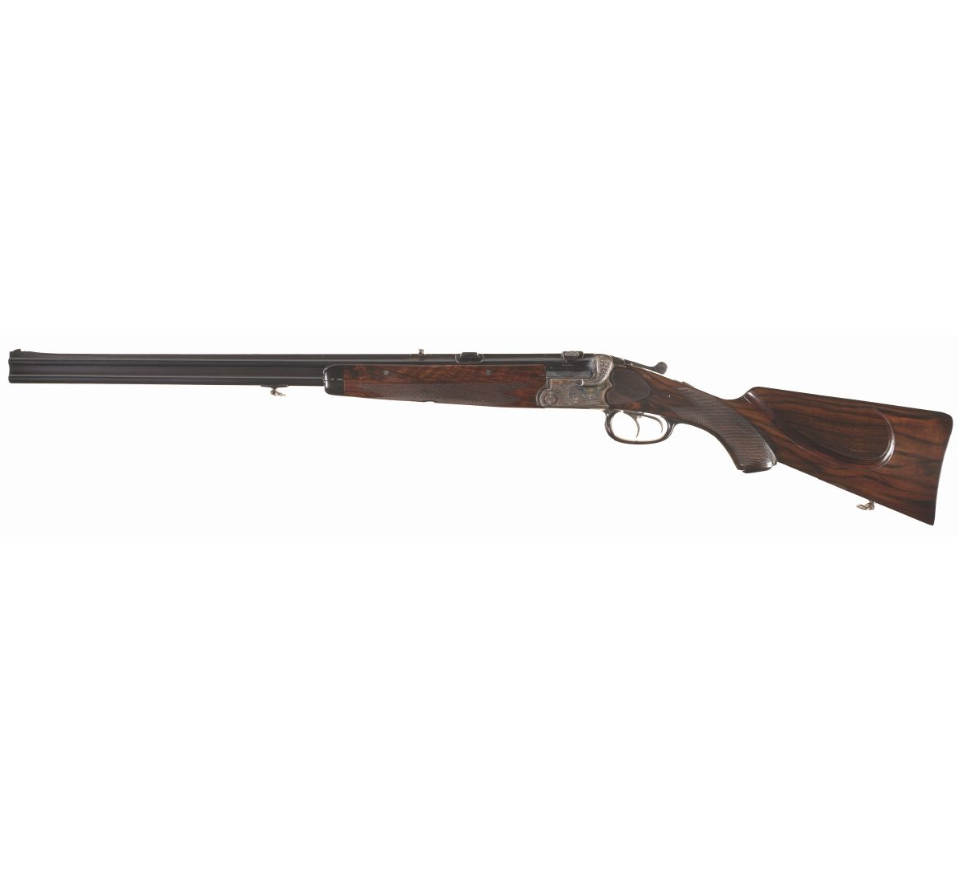 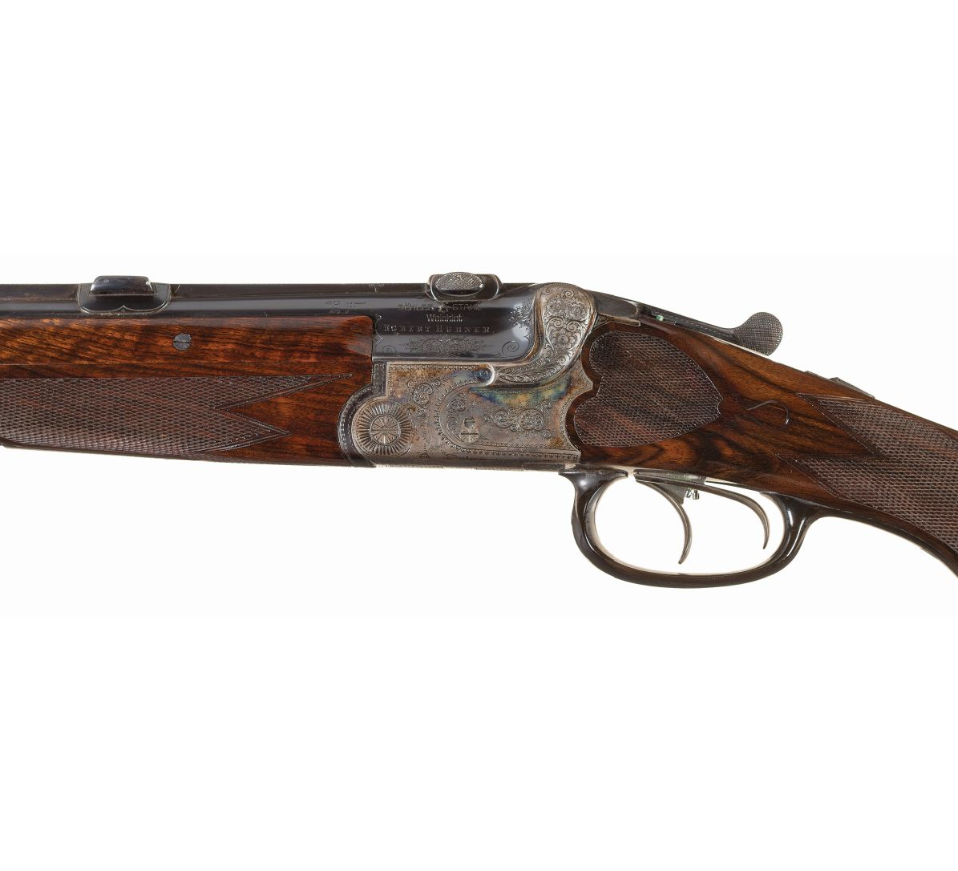 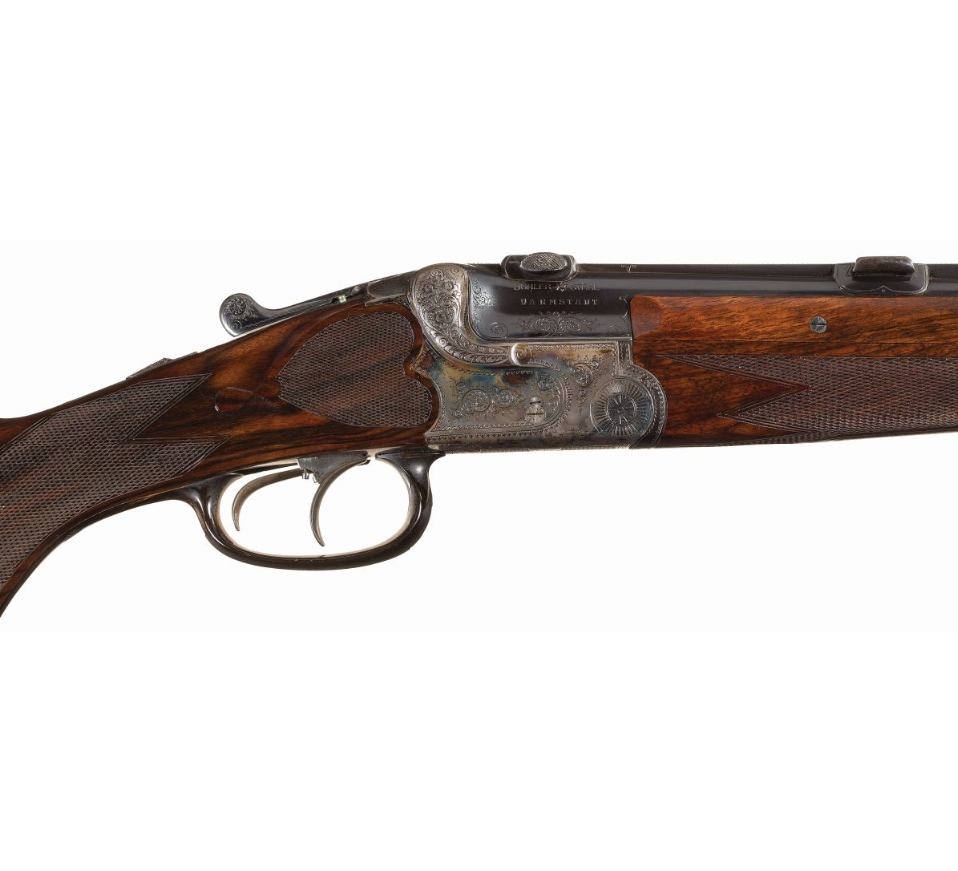 The following auction listing is courtesy of J. C. Devine and the rifle was sold in their Nov. 7, 1999 Auction.