On August 8, 1863 Johann Friedrich Timpe established the firm which shortly became H. Leue & Timpe in Berlin at Friedrichstrasse 79. By 1873 they had moved to Linden Strasse 43 below the Hotels De Rome and Arnim’s.

Heinrich had the title- Koenealicher Hofbuechsenmacher or “Gunmaker to the Royal Court” in Berlin.

Some sources state that Heinrich started his business in 1876. I believe that this is probably the date that he and Johann Timpe seperated. Around 1880 he became associated with the renowned English gun maker W.W. Greener. He was a representative for Greener in Germany and the firm was known as Greener & Leue.

August Leue (relationship to Heinrich unknown) was issued a Patent DRP8519 of 1880 for an action bolting system that cradled the action to add strength and included a recoil absorbing device at the end of the butt stock.

Heinrich Leue was issued two patents, they are-

At some unknown time  after 1908 and prior to 1912 the firm became Waffenfabrik Leue & Co. Berlin and was located at Gutenbergsttraße 3, Charlottenburg. The firm was still in business as late as 1920 and possibly later. On April 1, 1920 Waffenfabrik Leue & Co. was issued DRP no. 319743 for a Zielübungsvorrichtung. On October 5, 1925 Heinrich Leue in Charlottenburg (obviously a descendent of the founder) was issued DRP no. 419422 for Vorrichtung zur Ermittelung der Schaftmaße für Handfuerwaffen. On Jan. 25, 1926 he was again issued a patent DRP no. 424524 for a Verfahren zur Beurteilung der Leistung von Schrotflinten auf Bewegliche Ziele.

Below is an article from the 1881 Der Waffenschmied which detailed the developments covered by the following patent no. 17381. 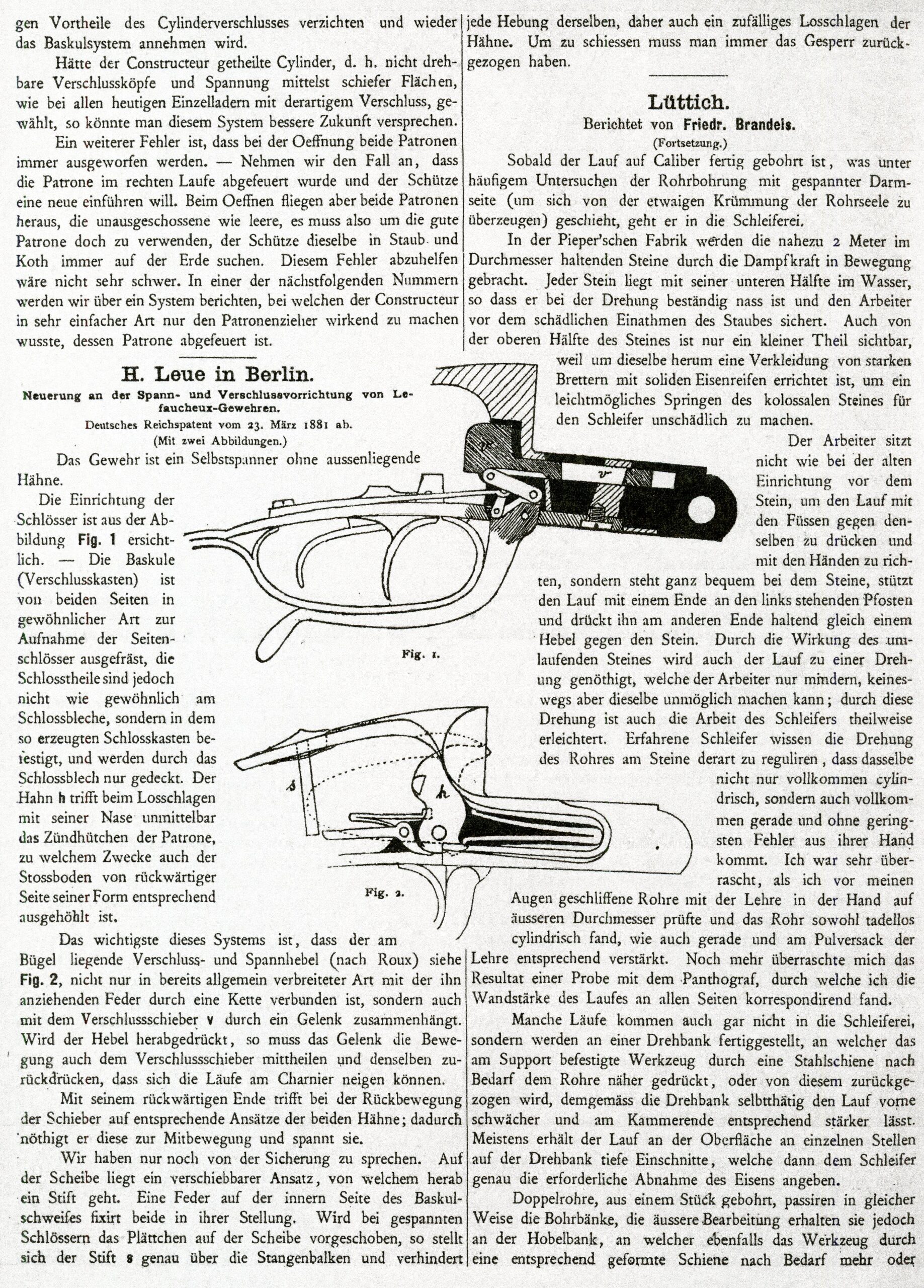 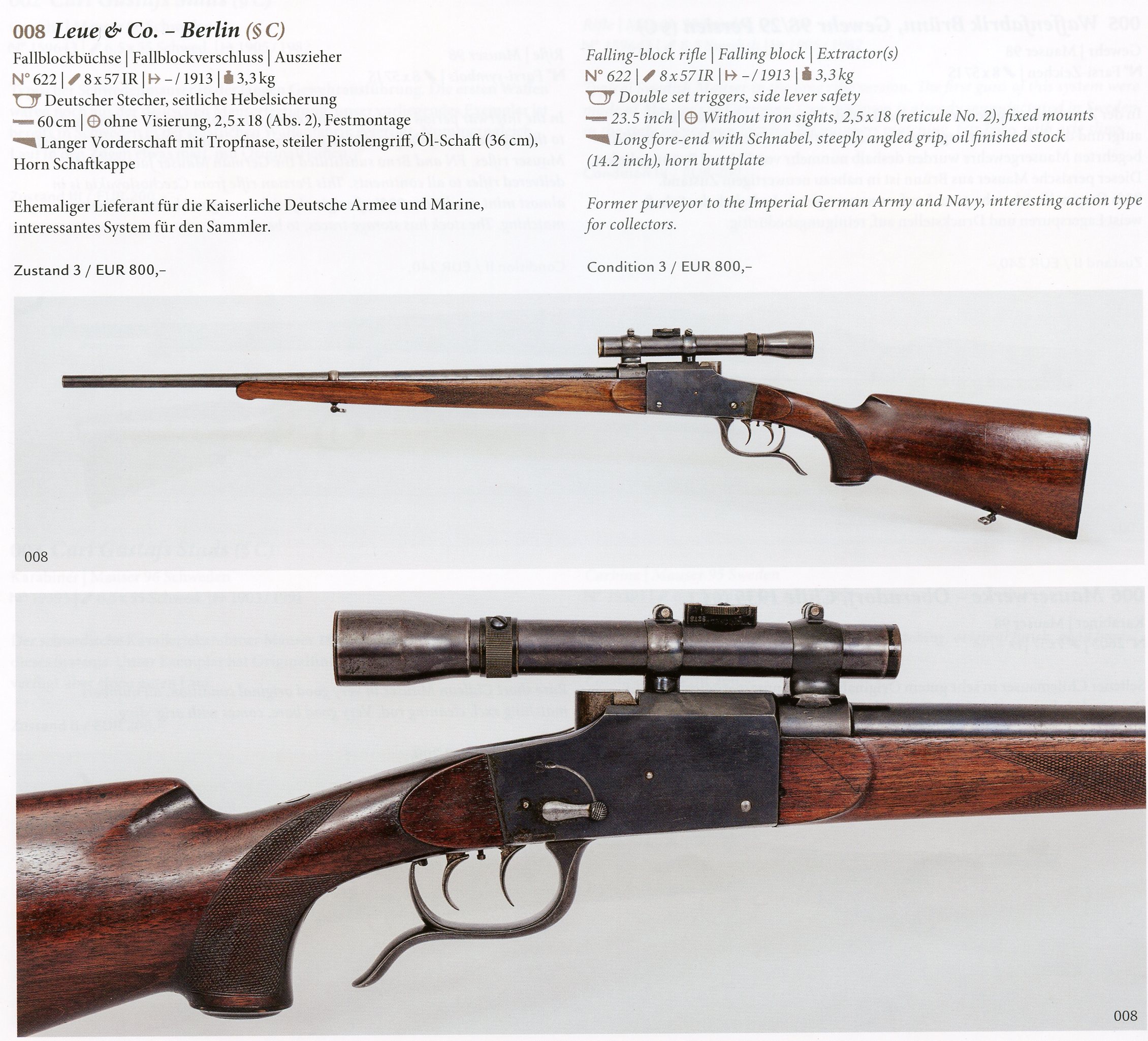