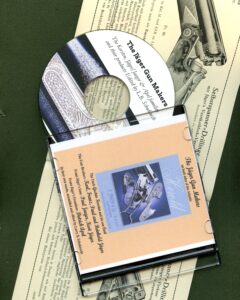 An ebook on a CD in PDF formatt titled “The Jäger Gun Makers-on both sides of the Atlantic” is available for purchase. Click Here to read more about it, read a review of the book by Dietrich’s good friend Mr. John Neumann or find instructions for ordering it. 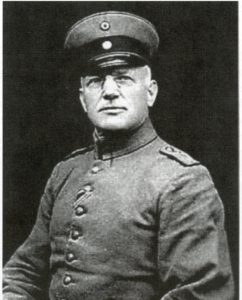 Gustav Adolf Kersten was born on July 4, 1856 to Johann Heinrich Kersten and Luise Pauline Luther. He was christened on Aug. 24, 1856 in Sankt Jakobi, Berlin Stadt, Brandenburg, Prussia. The Kersten’s were originally from Sweden where they were a long line of Blacksmith’s. Dietrich Apel states that an earlier Kersten was seriously wounded in a battle in Germany and could not return to Sweden. He remained in Prussia and became a Blacksmith there.     Axel Eichendorff of Germany reports that Gustav went into the Military in 1871 and made it his career retiring from the military in 1918. While in the Military he was an Armorer or Militärbüchsenmacher.  As such he was not allowed to conduct a business of his own so he became a parner with the firm of Vierodt & Cie in Kehl which was across the river from Strassburg. Vierodt & Cie sold guns made to Gustav’s designs and were done under his supervision. In 1910 the partnership ended with a bitter dispute. Afterwards Gustav transferred production and marketing to his son- Curt Kersten.

Gustav had a sister Pauline who married Franz Jäger (1848-1902) who was a Farmer in Rampitz. They had a family of 9 children, four of whom entered the Fire Arms trade. The most well known was Franz Jäger Jr. who was born in 1876. It was Gustav who found an opening as an Apprentice Gun Maker in Zella-Mehlis for his nephew Franz. Young Franz would go on to become a noted Gunsmith, Inventor and Manufacturer in Suhl. Franz was Paul Jaeger’s father and Dietrich Apel’s Grand Father. 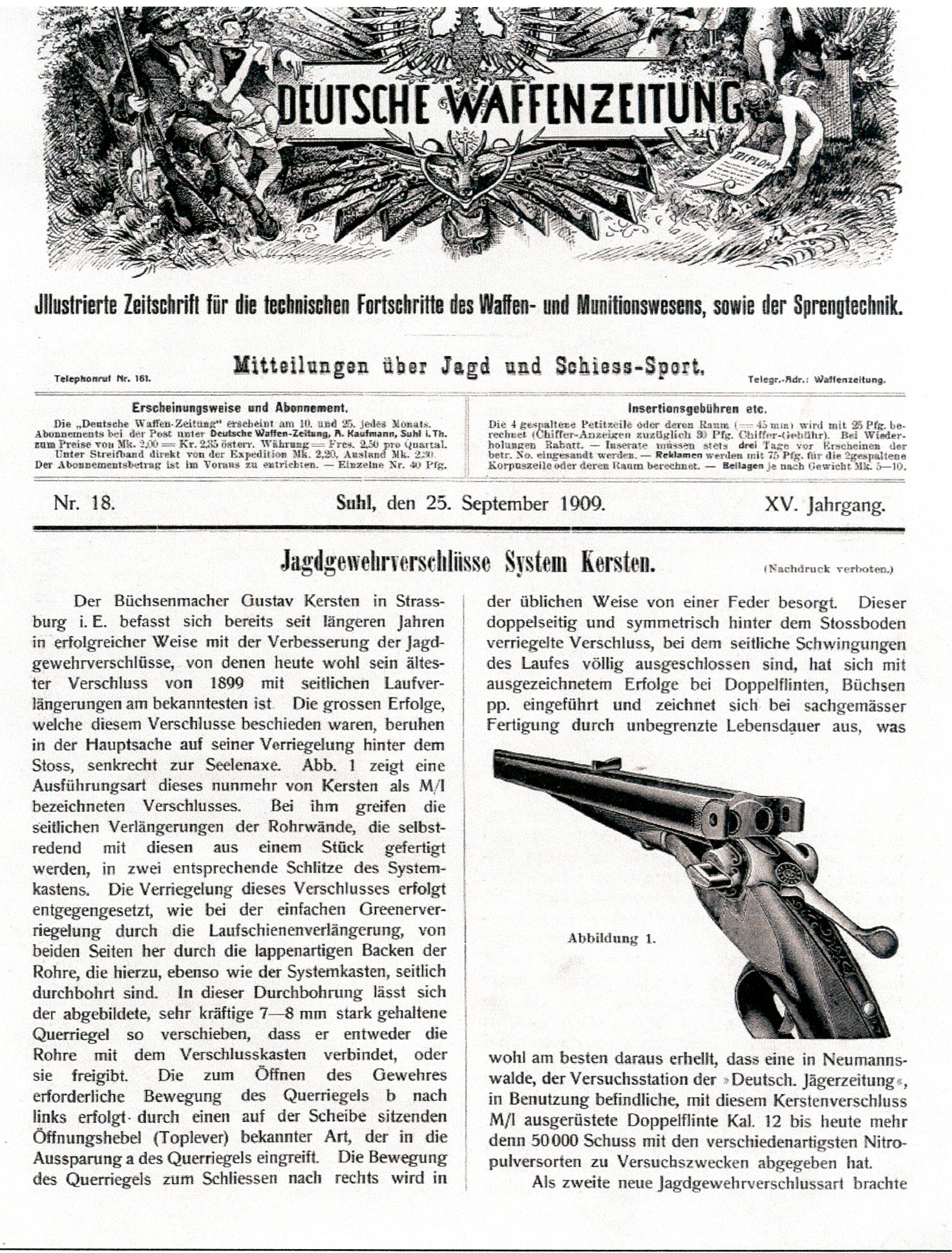 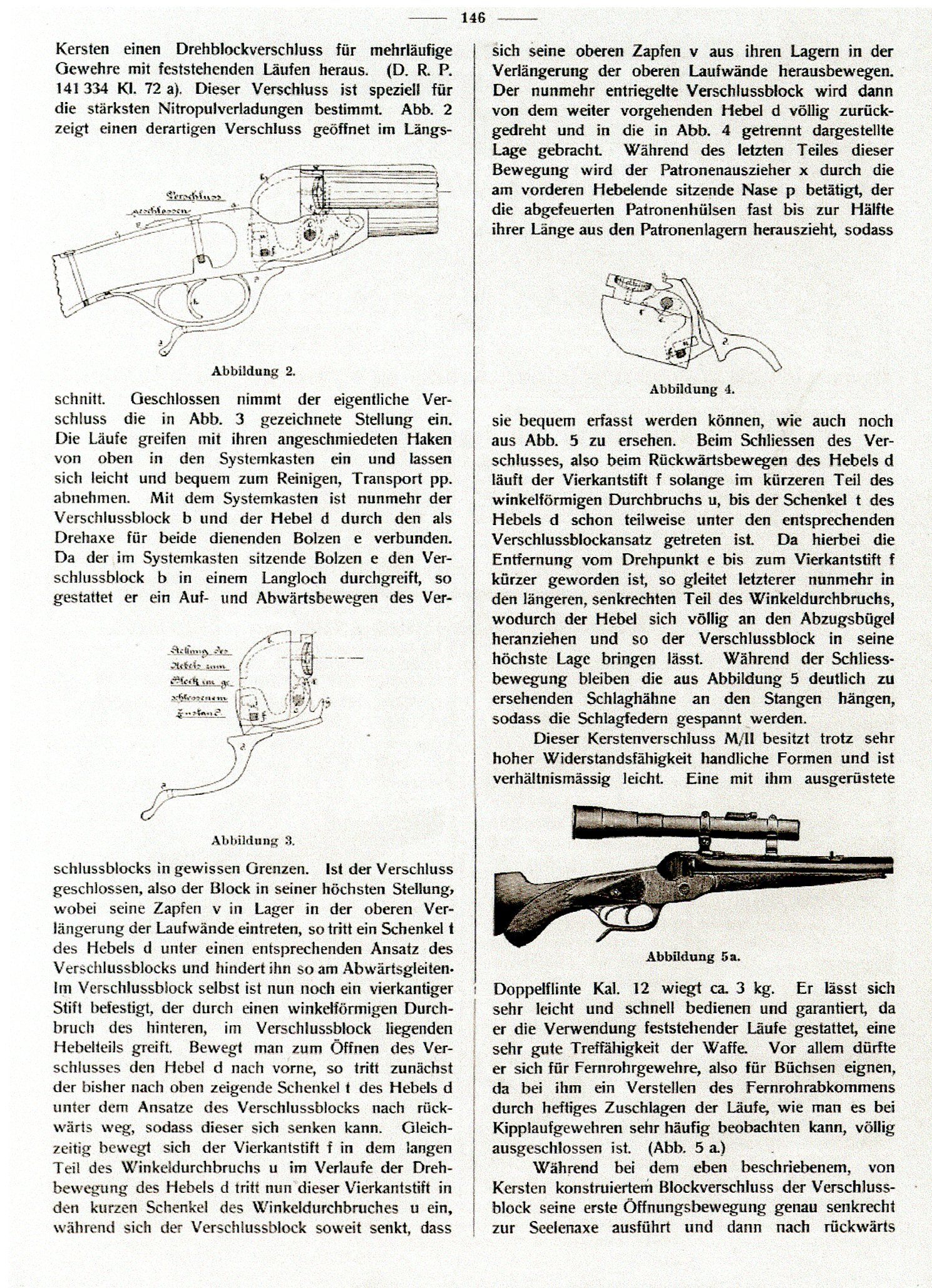 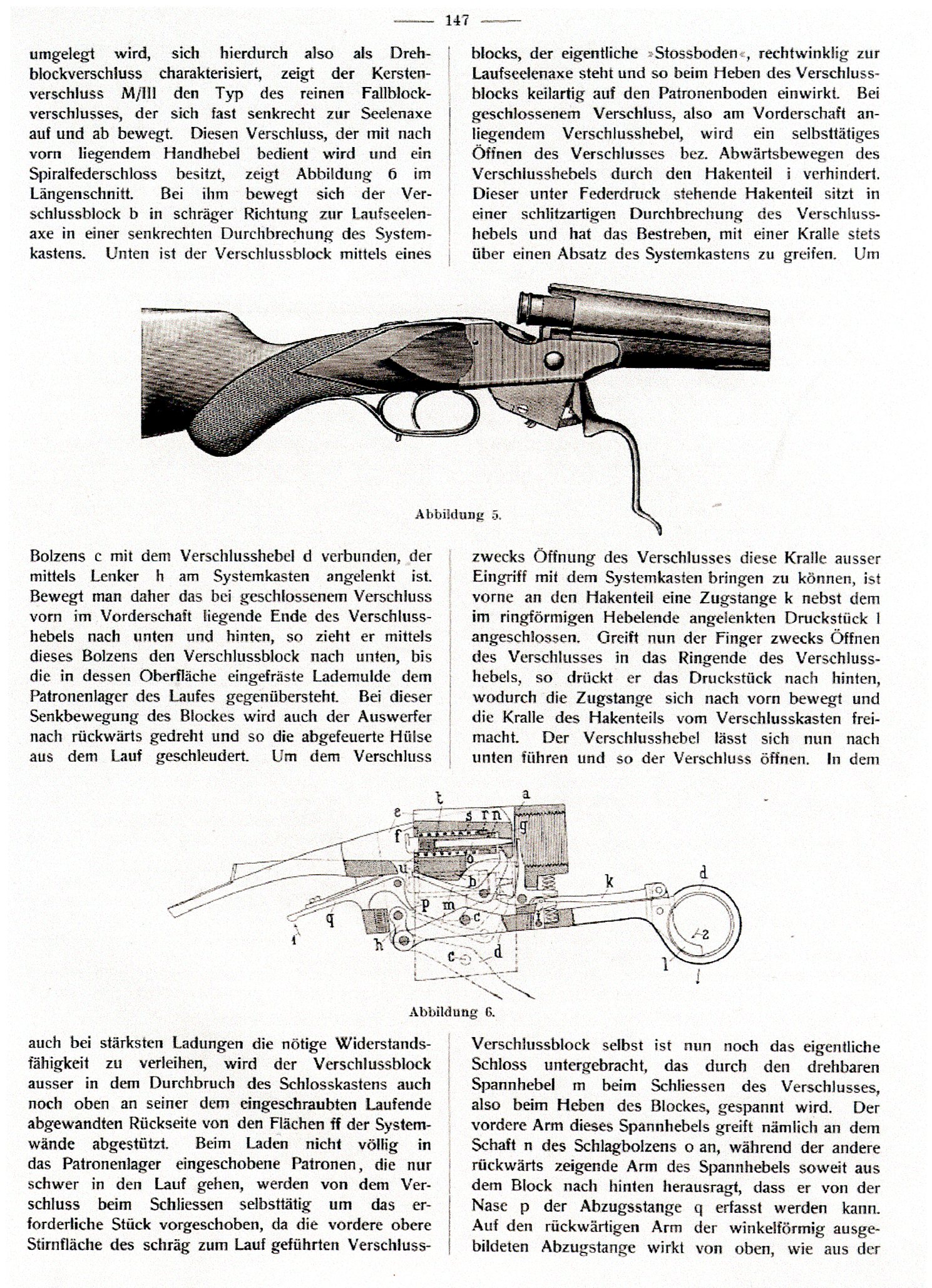 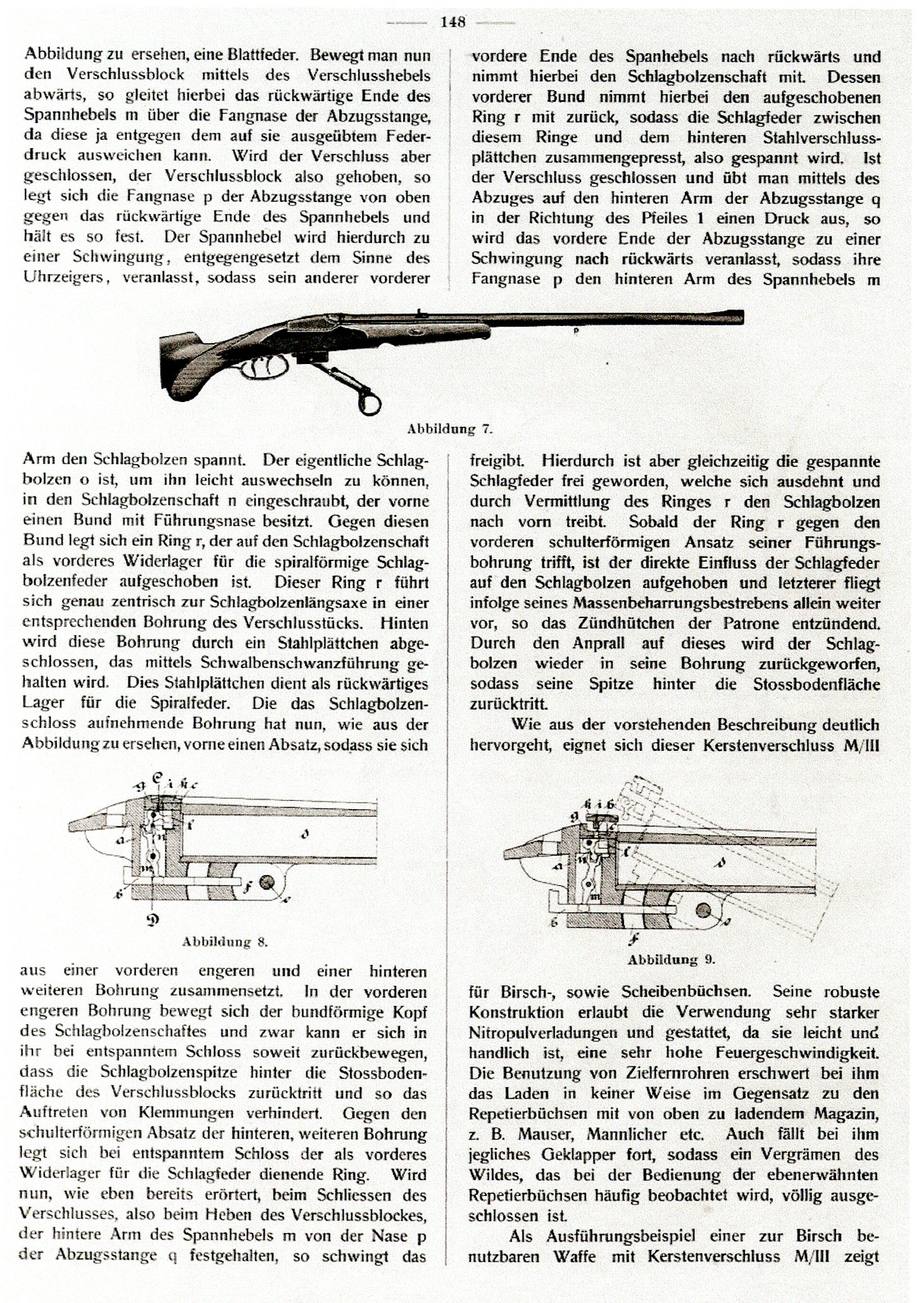 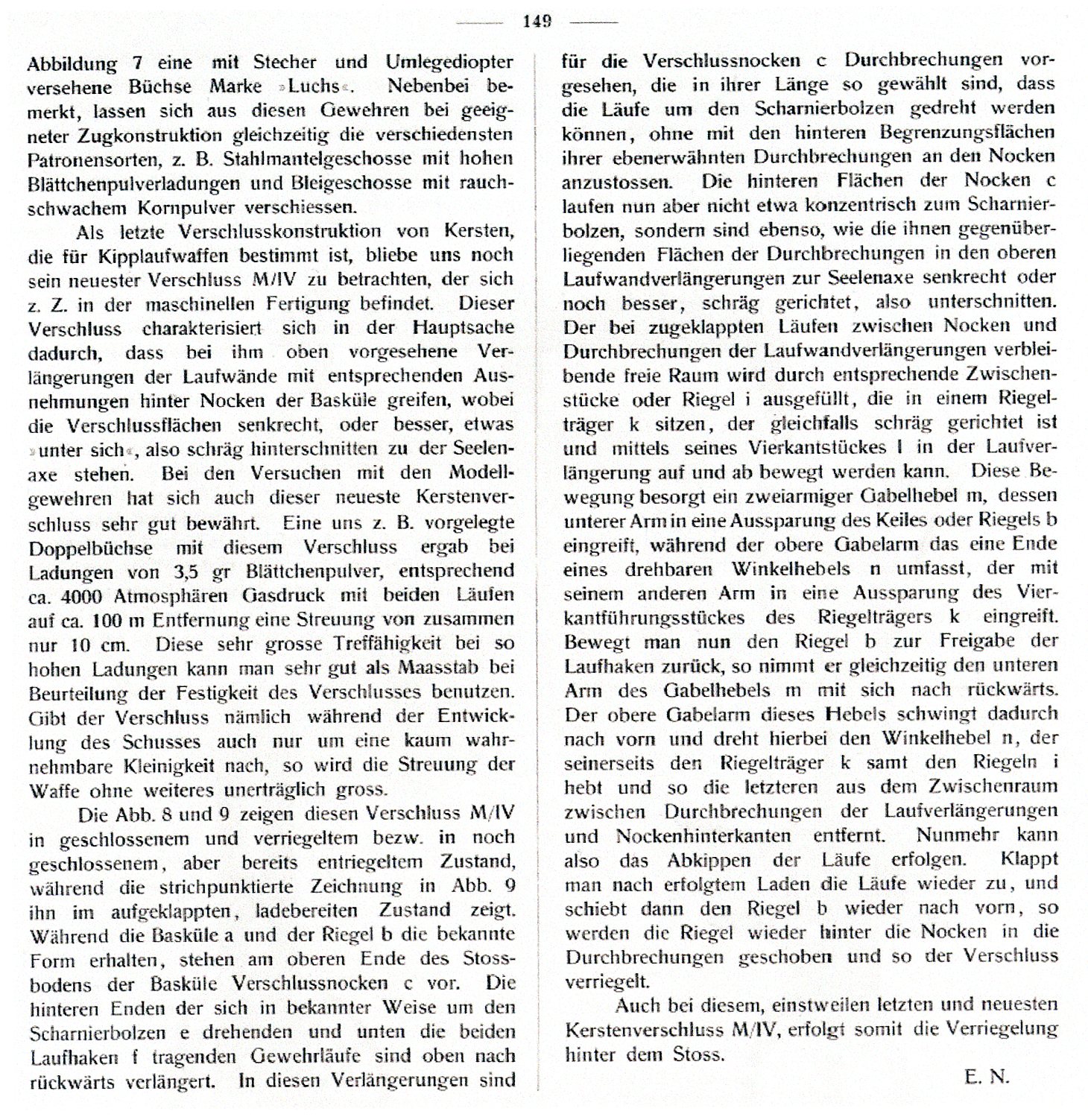 The following preview article appeared in the Winter 1995 (Vol. 6, Iss. 4) of the Double Gun Journal and is coutesy of the author Fredrik Franzén and Danial and Joanna Côté, editors of the journal. A back issue with the full article is available by calling them at (800) 447-1658. 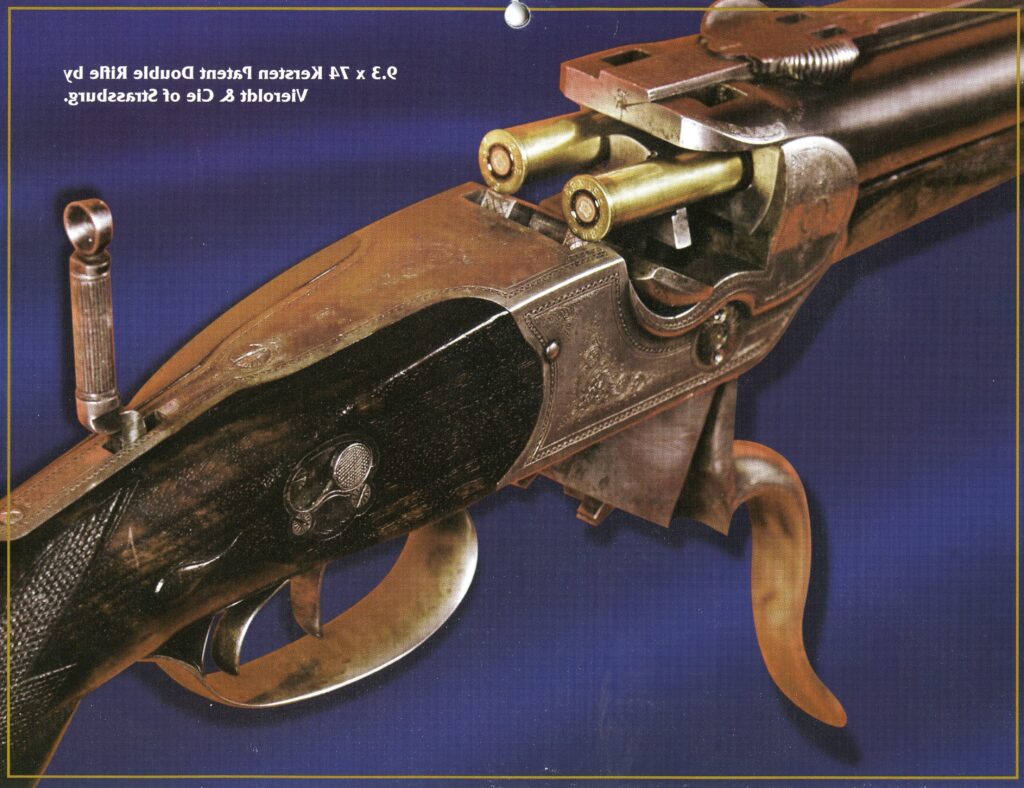