Since taking over this web site I have had several enquiries about single shot rifles simply marked “Tell”. Often the owners believe that it was the product of a gun maker named “Tell”. they labor fruitlessly to find a record of that maker.

My good friend Axel Eichendorff in Germany leads us to the truth with the following information -“Tell was not a gun maker nor designer. About 1900 J.P.Sauer & Sohn brought out a light single barrel break open rifle with a single bite, hook type underlever, similar to some British Rook & Rabbit rifles. Sauer & Sohn named this design their “Modell Tell” after William Tell, the Swiss national hero and medieval crossbow sharpshooter. Soon this design was widely copied by many in the gun trade. By World War I Tellbuchse had become a general term for this type of break open rifle. Everyone offered them for cartridges from the 22 Long Rifle Rim Fire to the 9.3x72R. The 6.5x52R also known as the 25-35 Winchester was very popular in these rifles.”

In their book J. P. Sauer & Sohn Peter Arfmann and Rolf Kallmeyer gives us the following information- “The ‘Tell’ model rifle with Sauer mechanism first appeared in 1896. It was a single shot, drop barrel, lever action rifle in which the lock was simultaneously cocked during operation.

The series of ‘Tell’ rifles were made until 1936, when it was superseded by the 36 and 37 dual-purpose drop barrel models. The differance can be seen between the old and the new types of ‘Tell’ from the beginning of the 1920’s. The most important characteristic: a sliding safety catch is employed instead of a winged safety catch. These light, handy weapons, conceived as stalking and sport rifles were available in many differant calibers.”

The following images are from a 1907 J. P. Sauer & Sohn Catalog and show the early version of the Tell model. 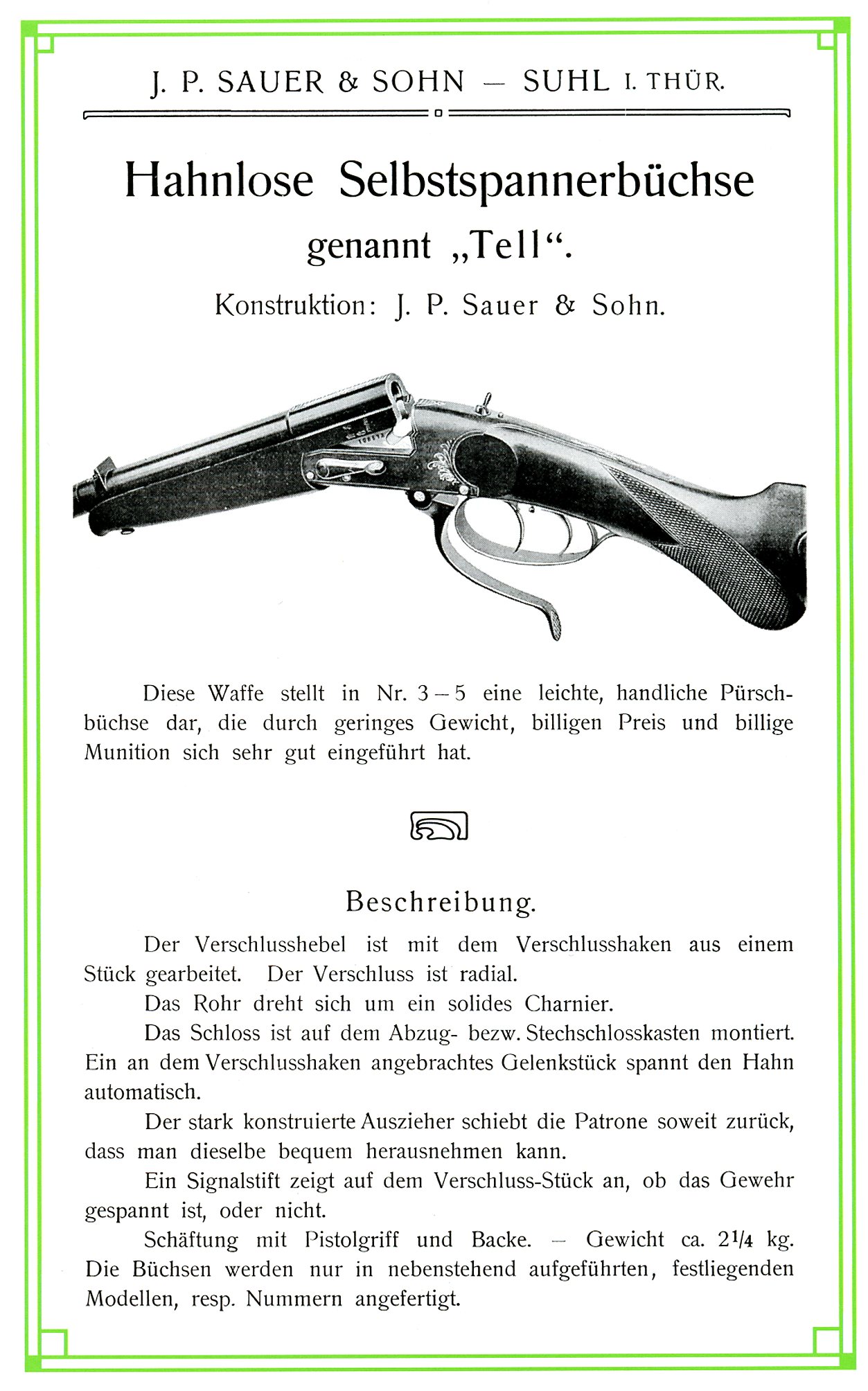 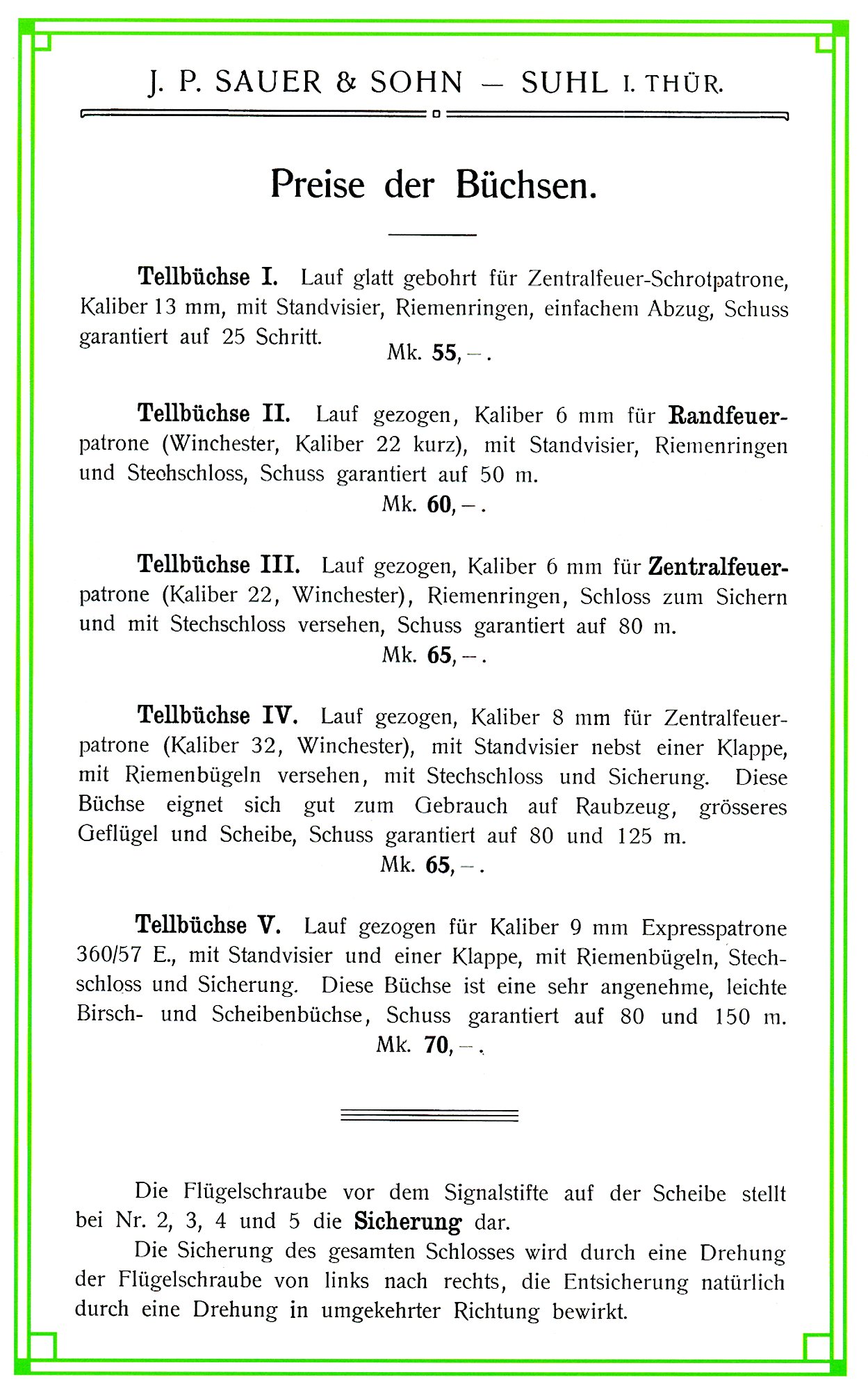 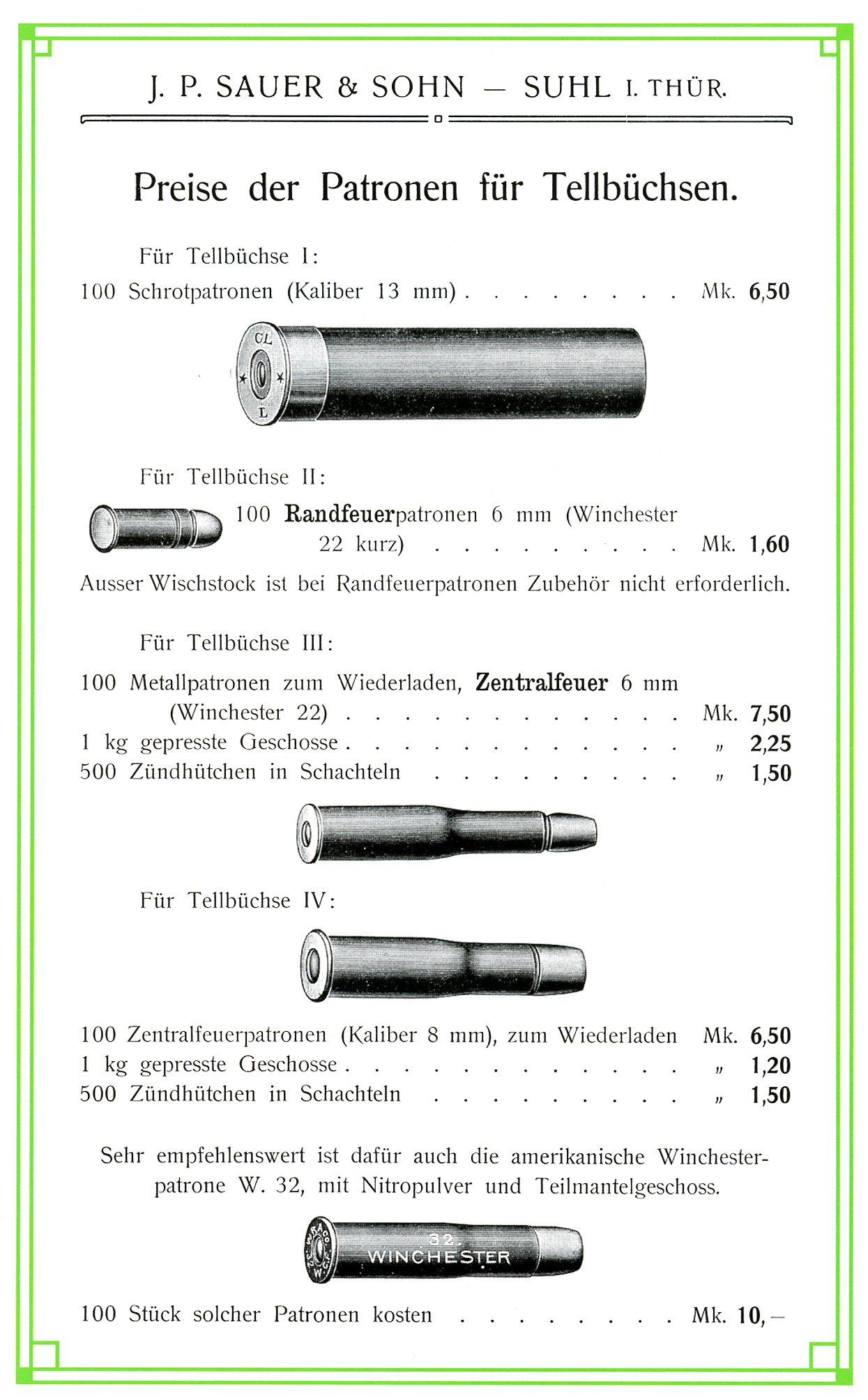 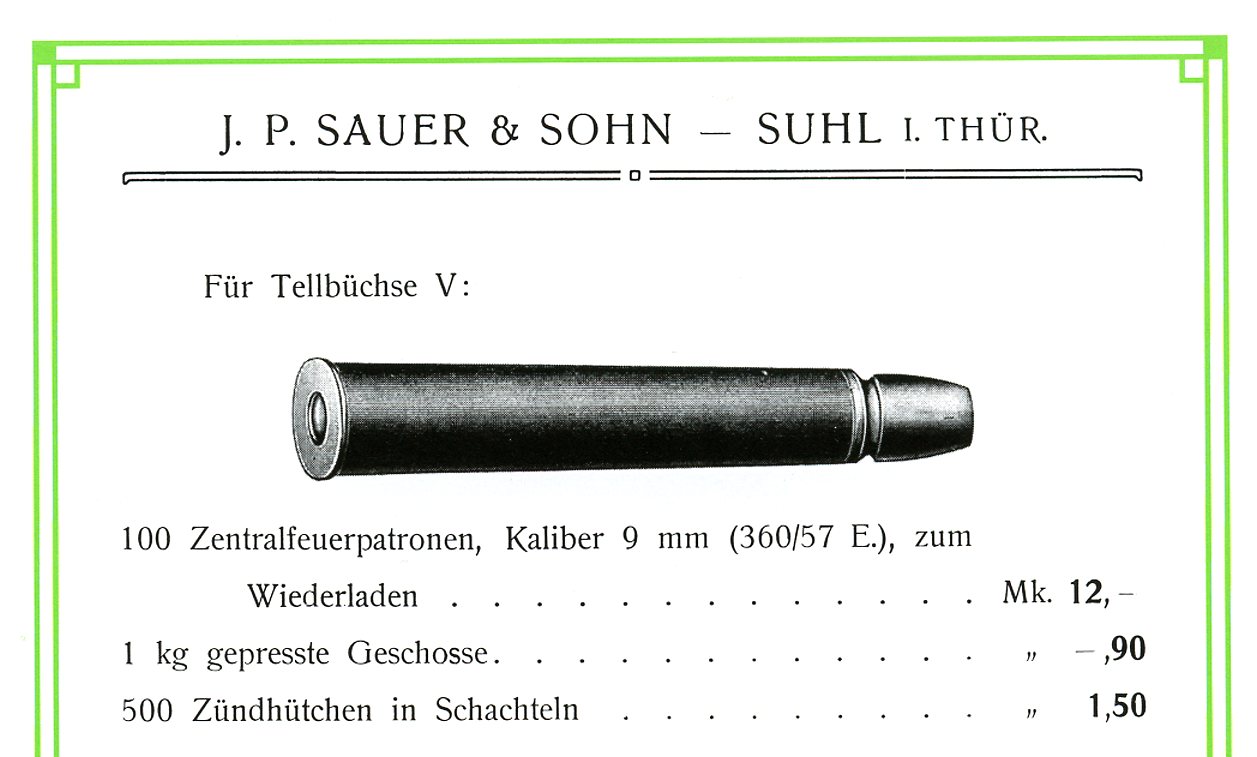 The following images are from a post 1920 J. P. Sauer & Sohn Catalog and shows the later version of the Tell model. 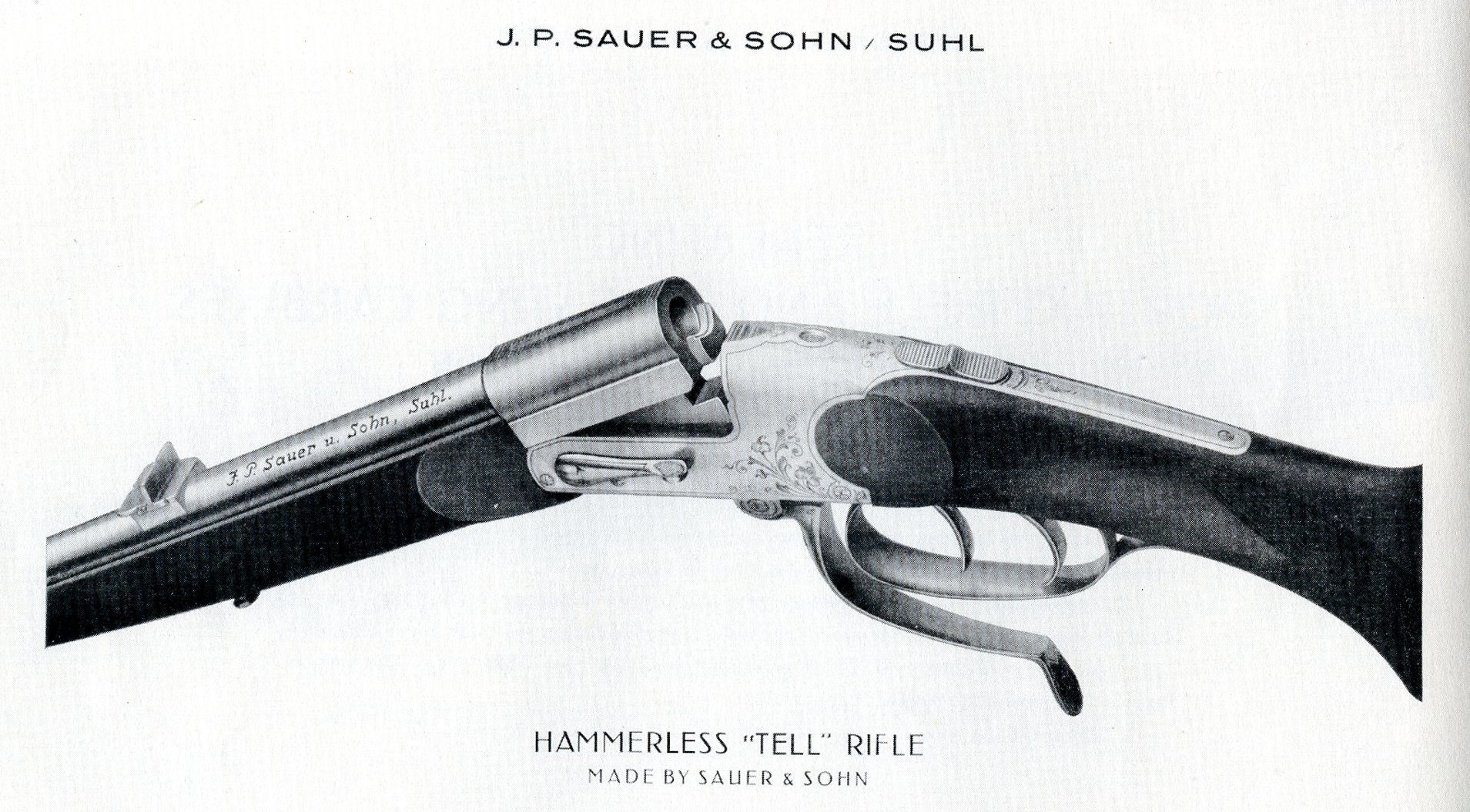 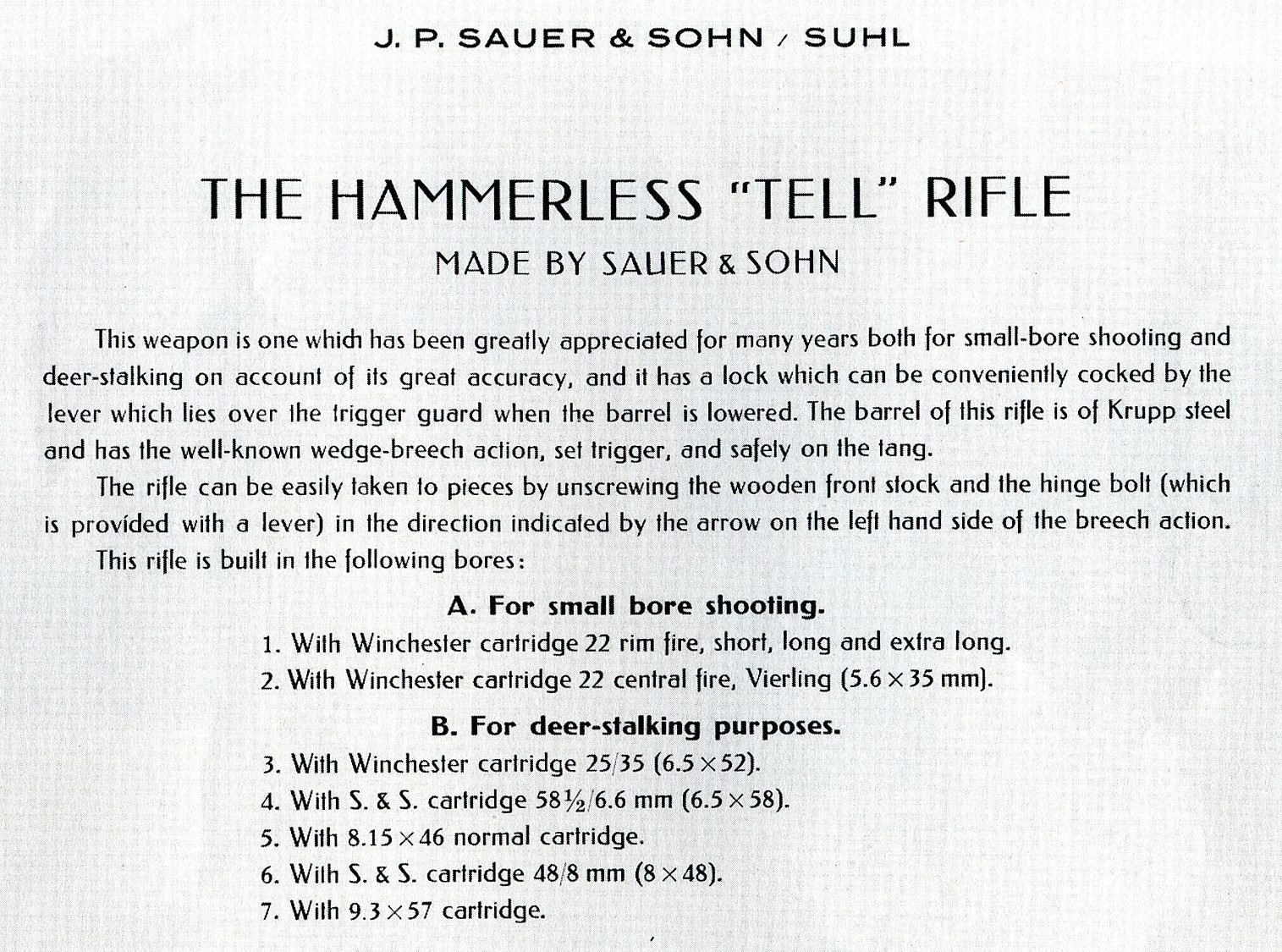 Another maker who produced Tell type rifles was Fritz Langenhan in Zella-Mehlis. Below are images of a Fritz Langenhan rifle in 6.5 x 35 made in 1930 for the Albrecht Kind firm. It has Langenhan’s trade mark on the right side of the receiver and Albrecht Kind’s Handgun shooter trade mark on the bottom of the barrel. Features it shares with the Sauer tell rifles are the bottom lever with a single bite lock up, the top tang safety and straight line coil spring strikers. 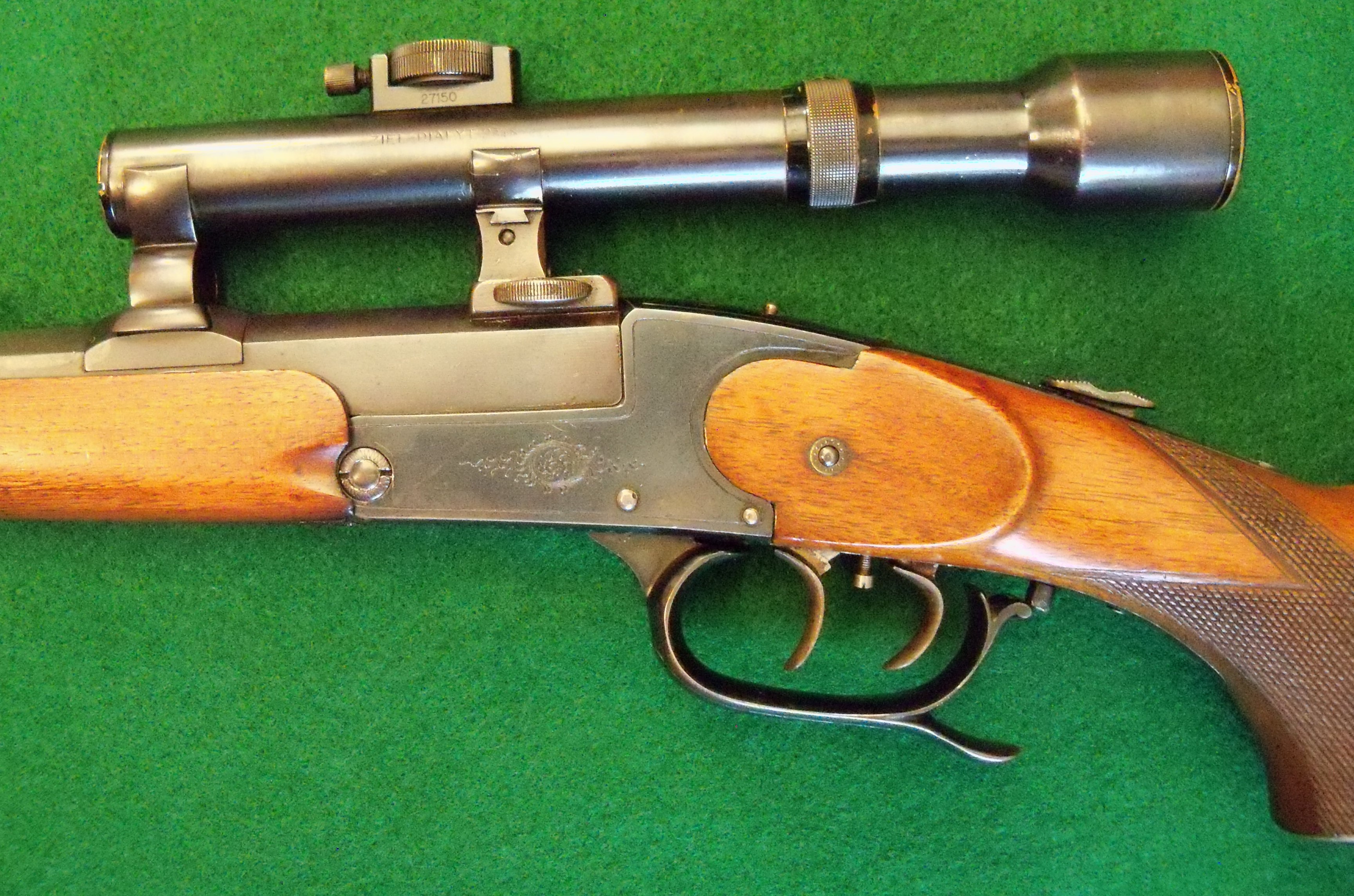 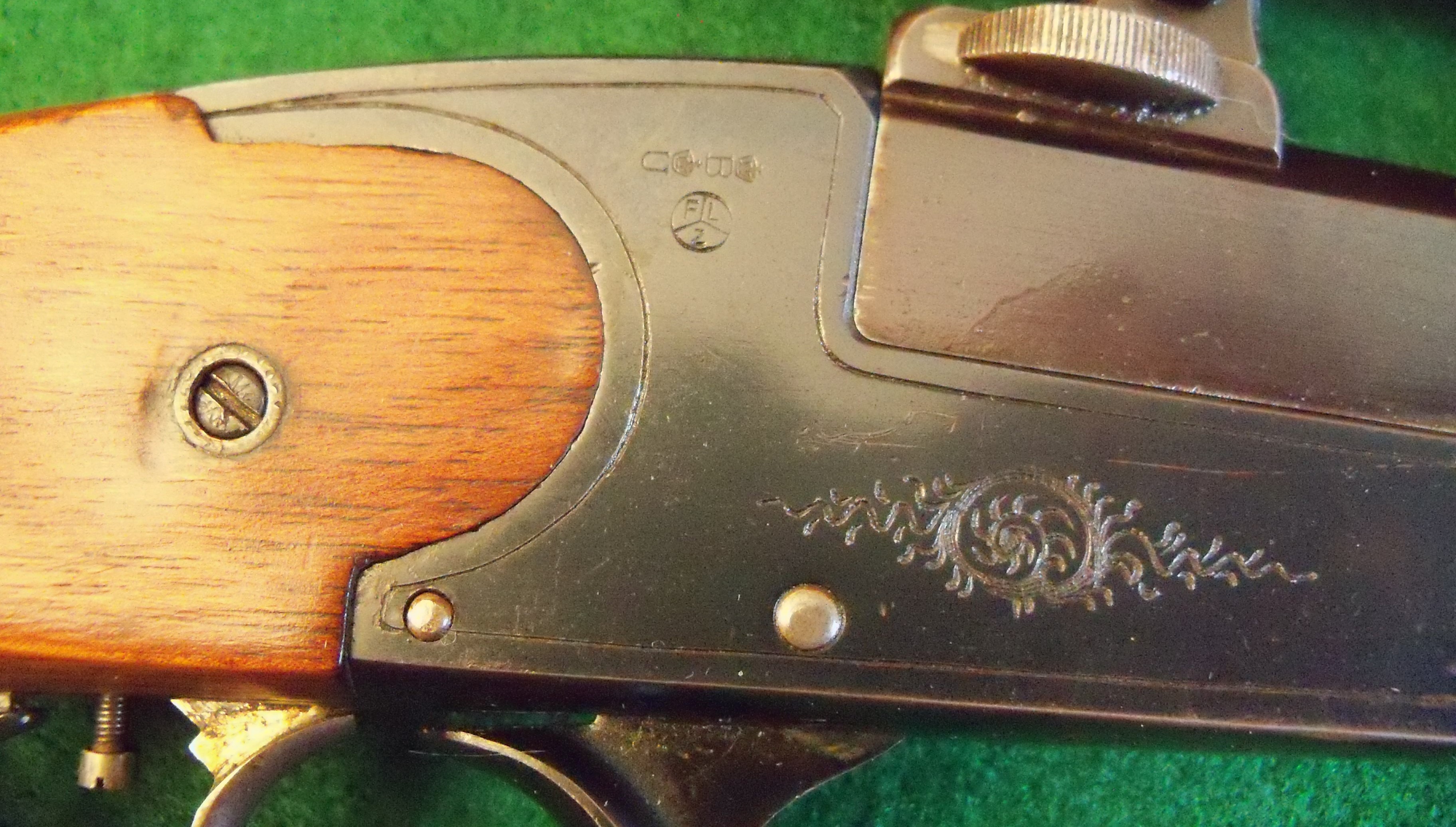 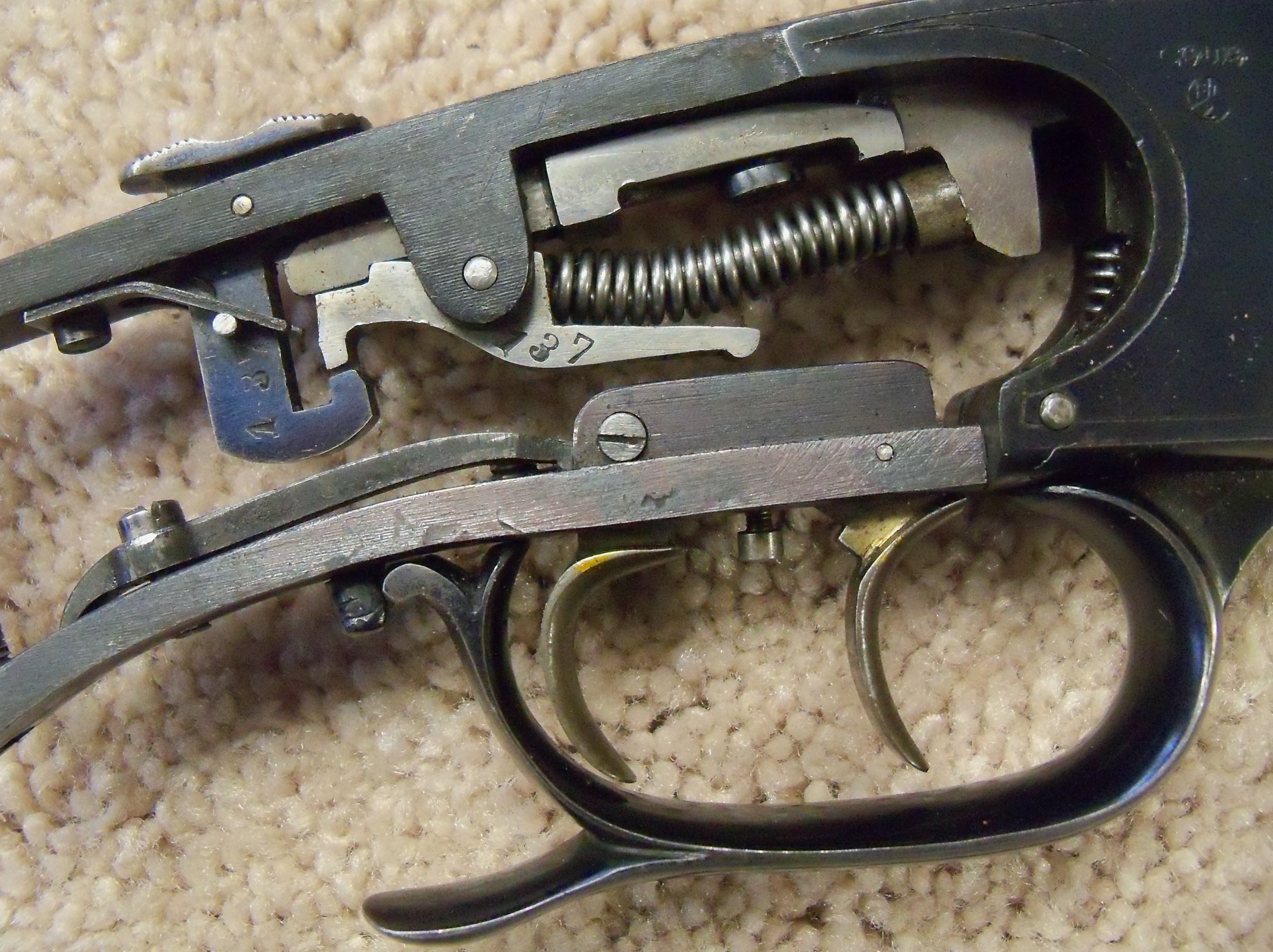 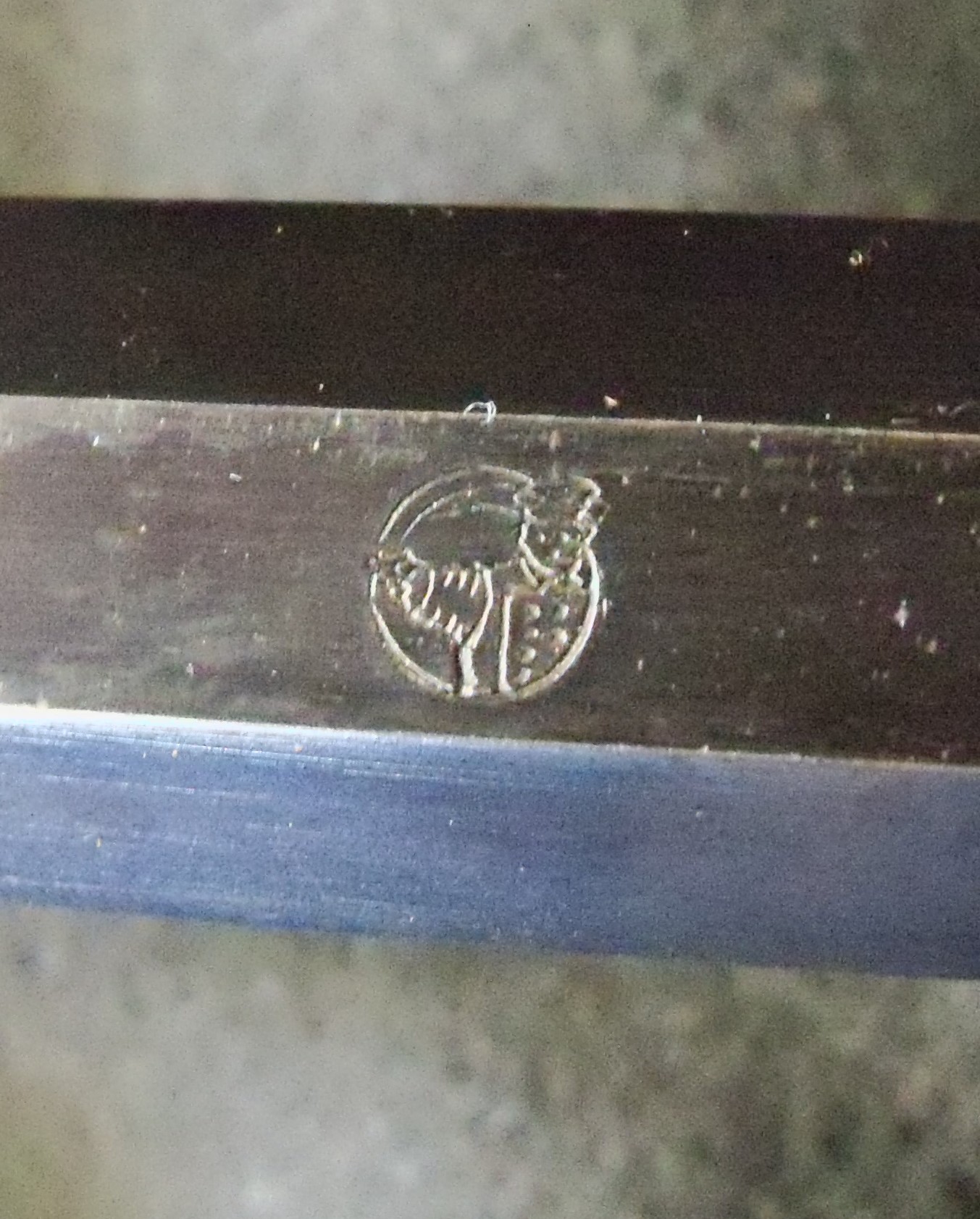