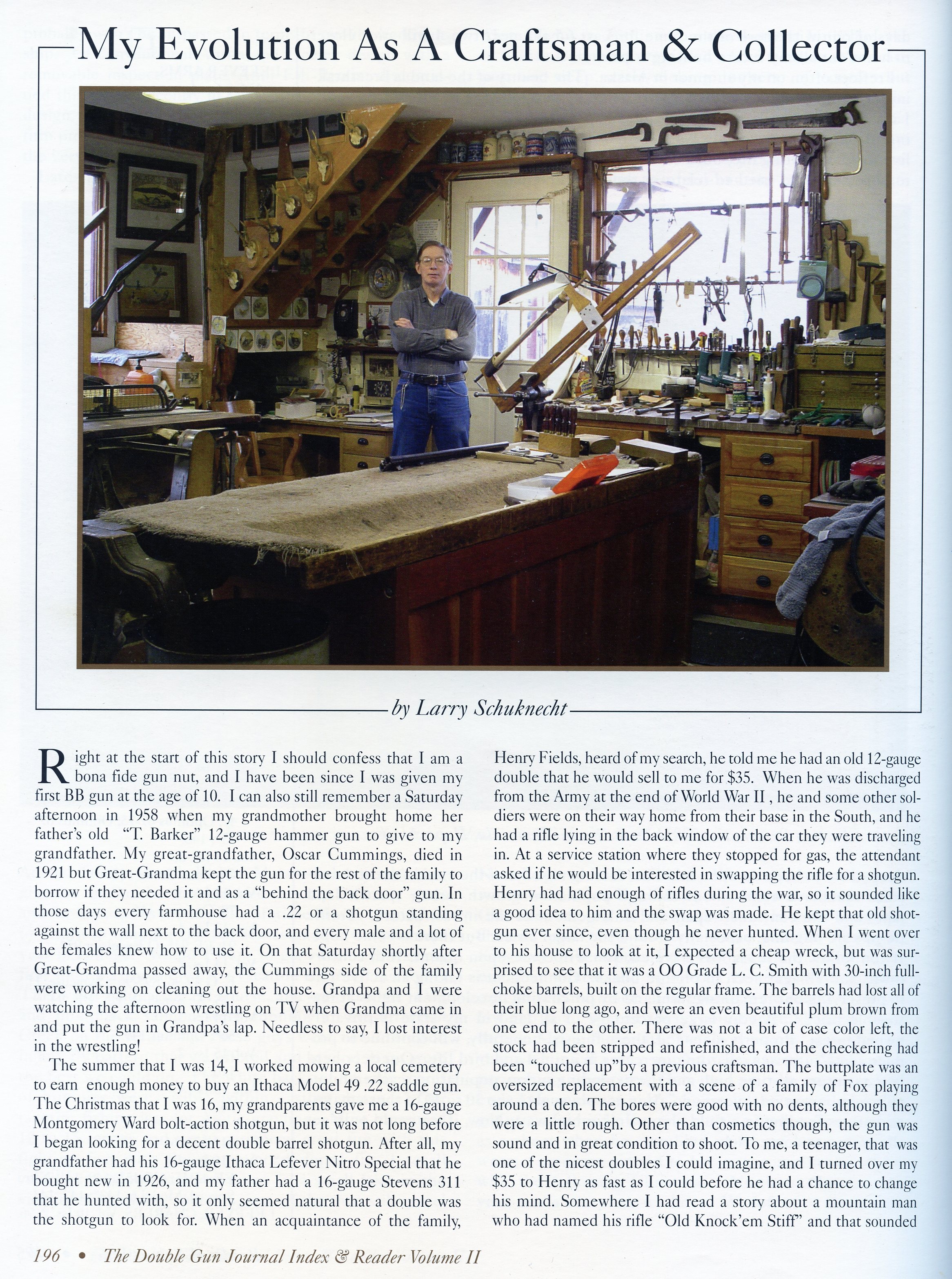 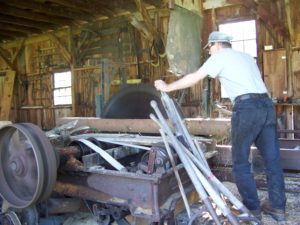 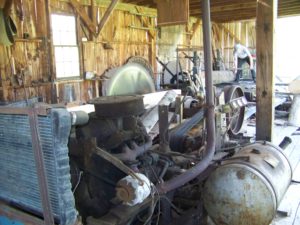 My old Sawmill while not German Hunting Gun related may be of some interest to those who have read the preceeding article.

The following pictures illustrate some of the work I have done on German sporting long guns over the years.

The first is a 12 ga. model 29S J. P. Sauer and Sohne which I completely restocked.

The second gun is a little 16 ga. that I bought as a barrel set with the forend and bare receiver. The receiver was missing the purdy underbolt, trigger plate and triggers, locks and hammers and many screws. I fitted a new old stock set of locks that Greener in England found in their basement unused. The correct size hammers were fitted as well as a trigger plate, triggers and trigger guard. It was stocked with a piece of my English Walnut I cut on my old Saw Mill in 1998. I made the horn pistol grip cap and heel and toe plates. I engraved the locks and hammers to complement the receiver and checkered it in a pattern that I liked. 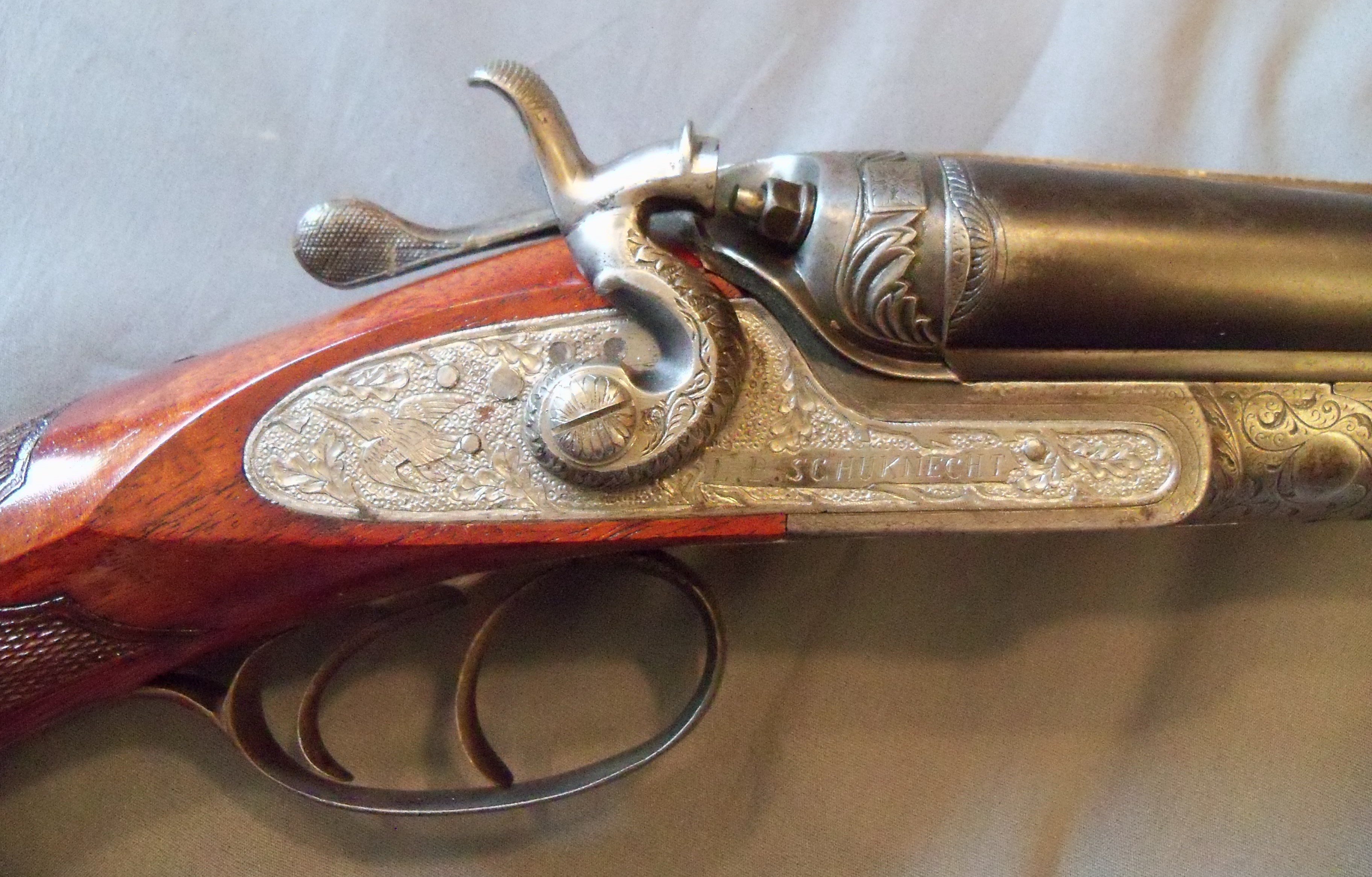 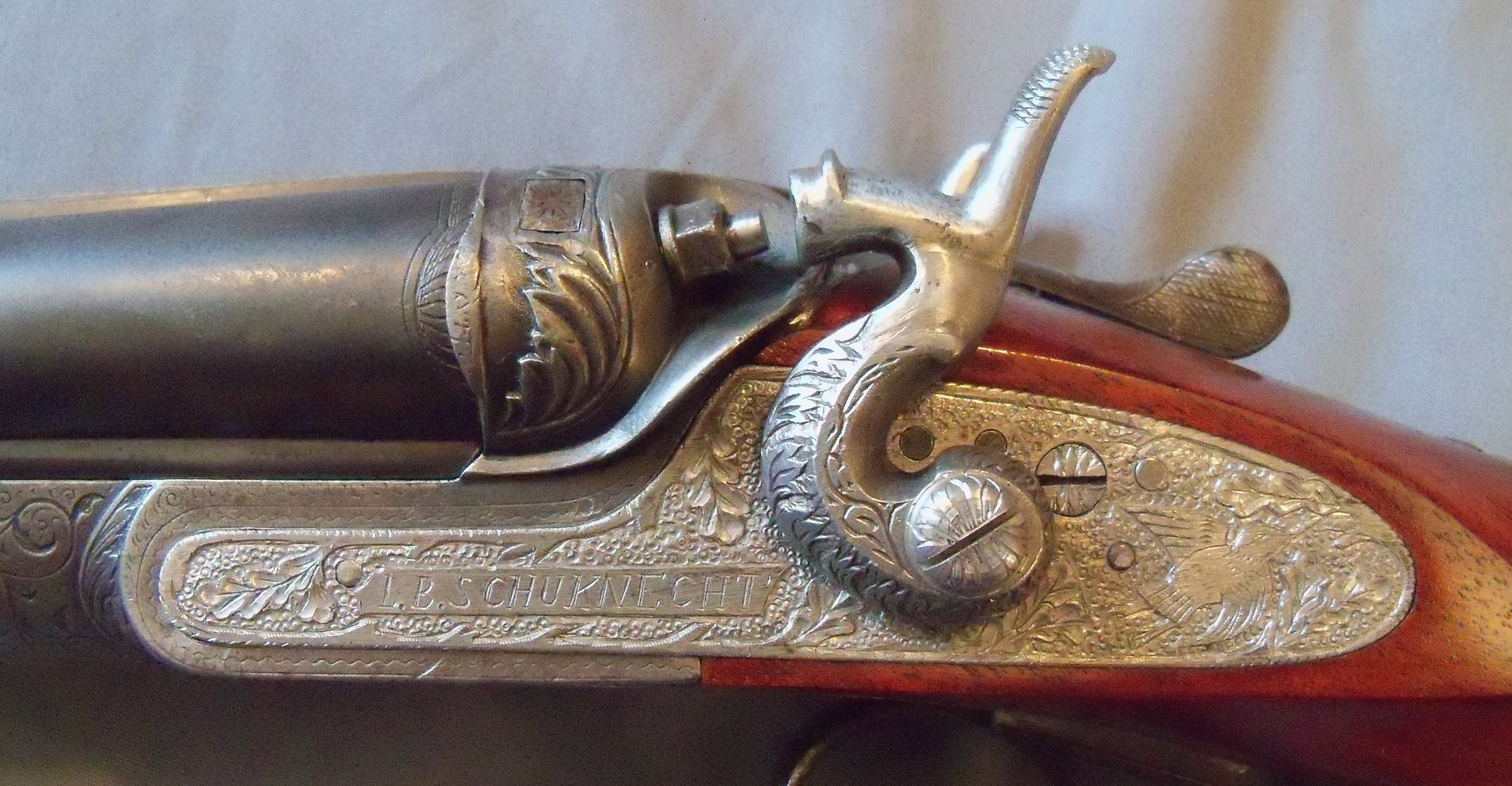 The next project is a 98 Mauser stocked with my English Walnut. It has the typical German features of side panels, schnabel or birds beak forend tip, cheek piece and fish scale checkering. 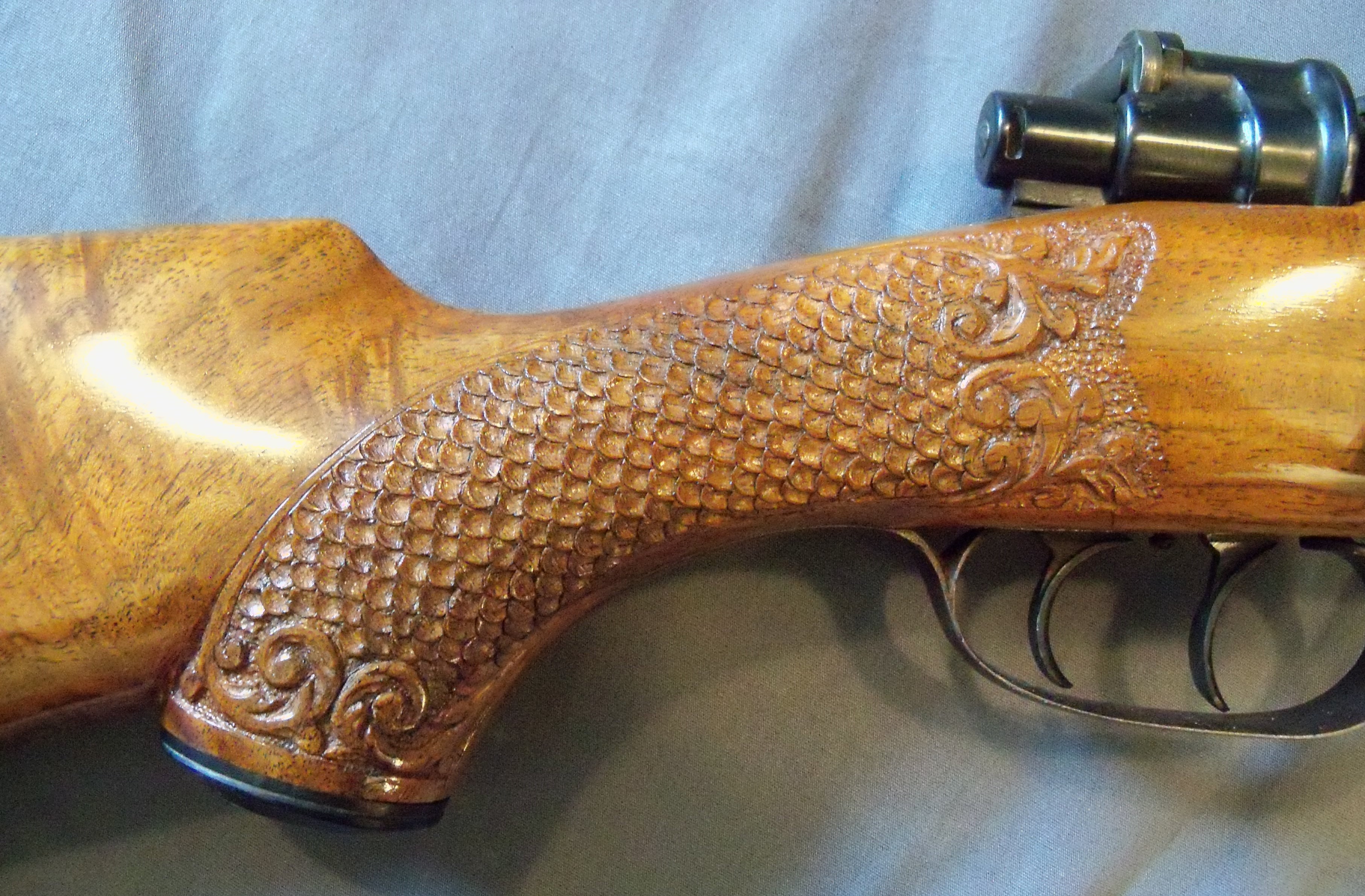 The next rifle is a J. P. Sauer & Sohn purchased as a bare barrel and action. A customer loaned me one nearly identical to use as the pattern for the stock which again is a piece of my English Walnut. It has the typical side panels, schnabel or bird’s beek forend tip, and cheek piece. I made the horn pistol grip cap and butt plate. The photographs were taken by and are courtesy of Dave Sizemore who operates Sugerloaf Smoothbores in Morehead, KY. 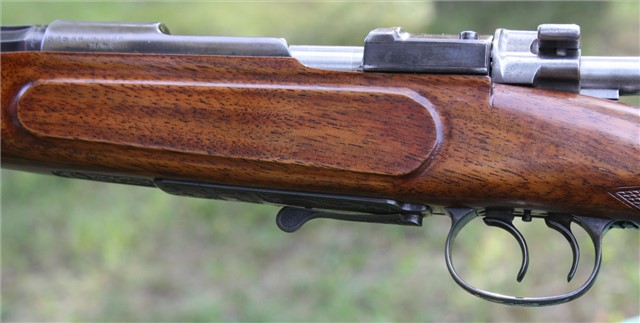 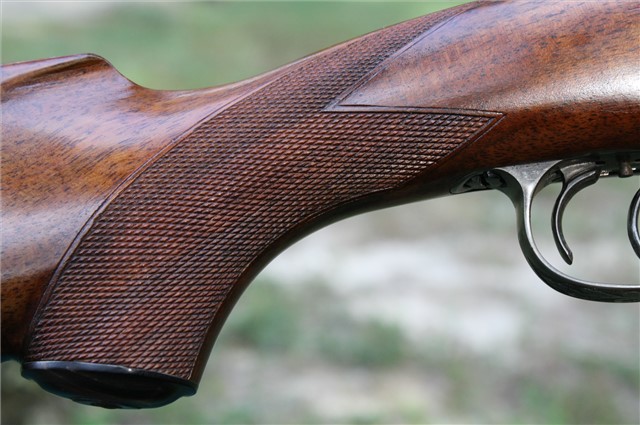 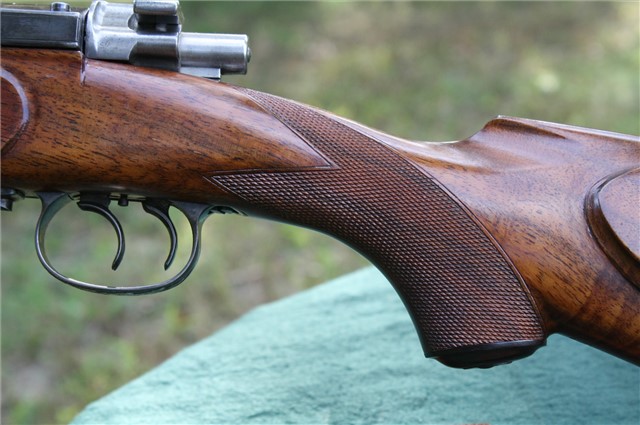 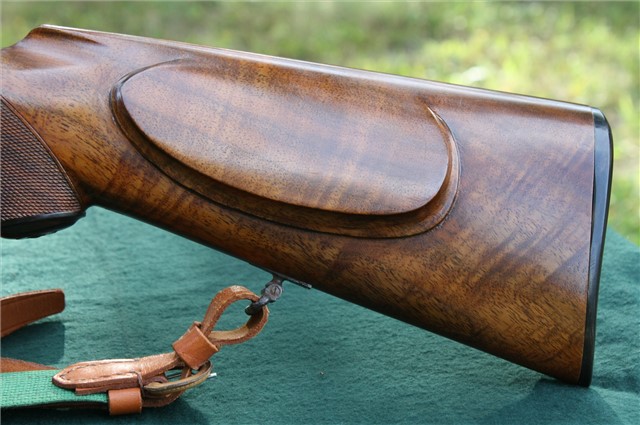 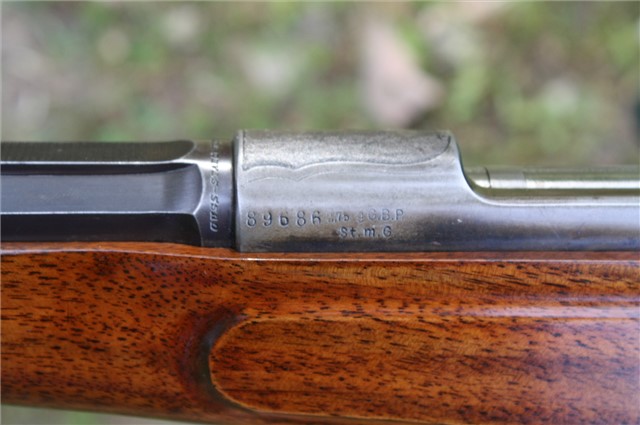 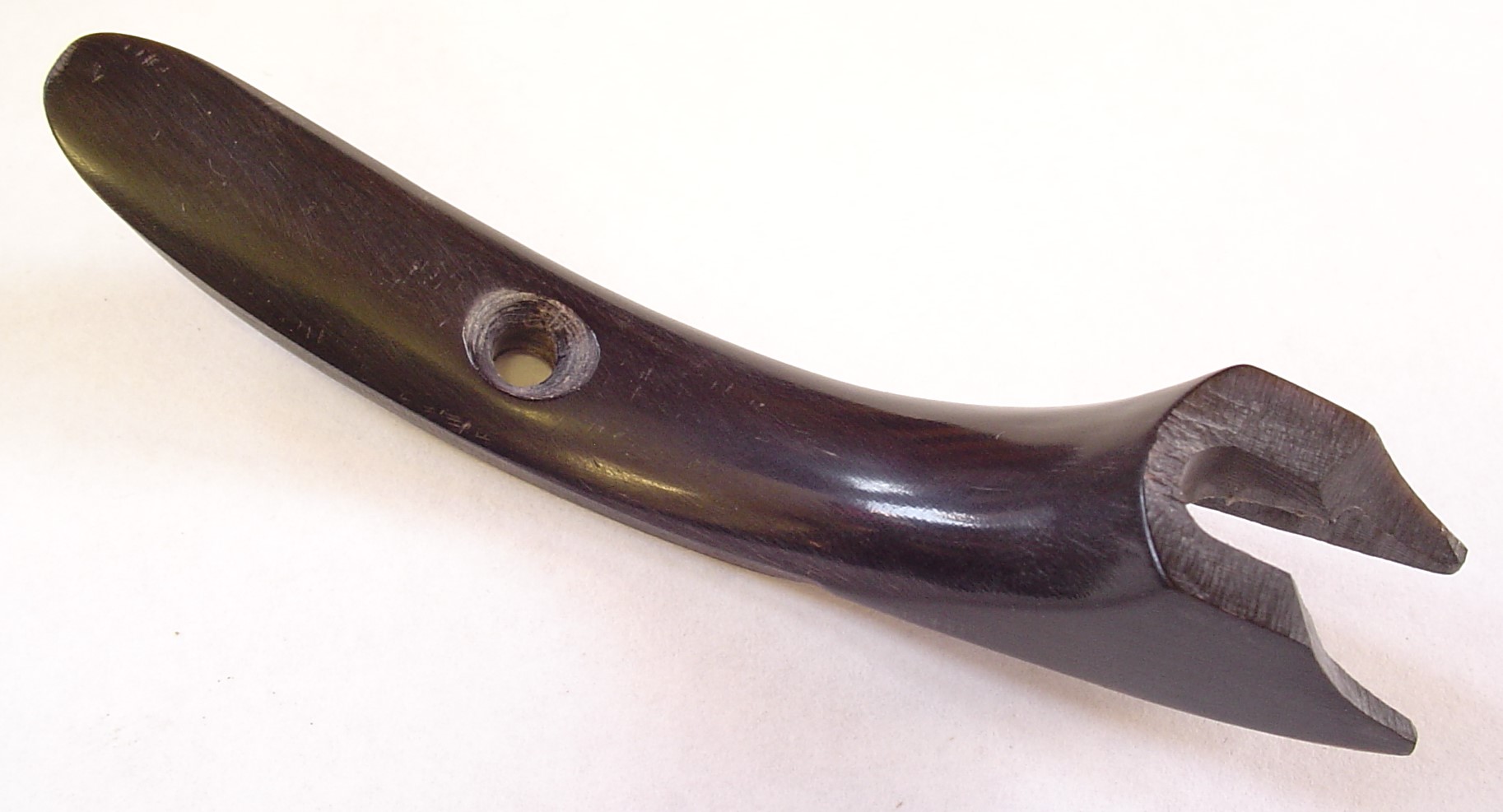 The following Winchester model 1876 in 45-65 was a restoration job with the case coloring done by the Wyoming Armory in Cody, Wyoming and the bluing done by Gunboat Outfitters in Clarence Center, N.Y. The semi inletted stocks came from Macon Gunstocks in Georgia. 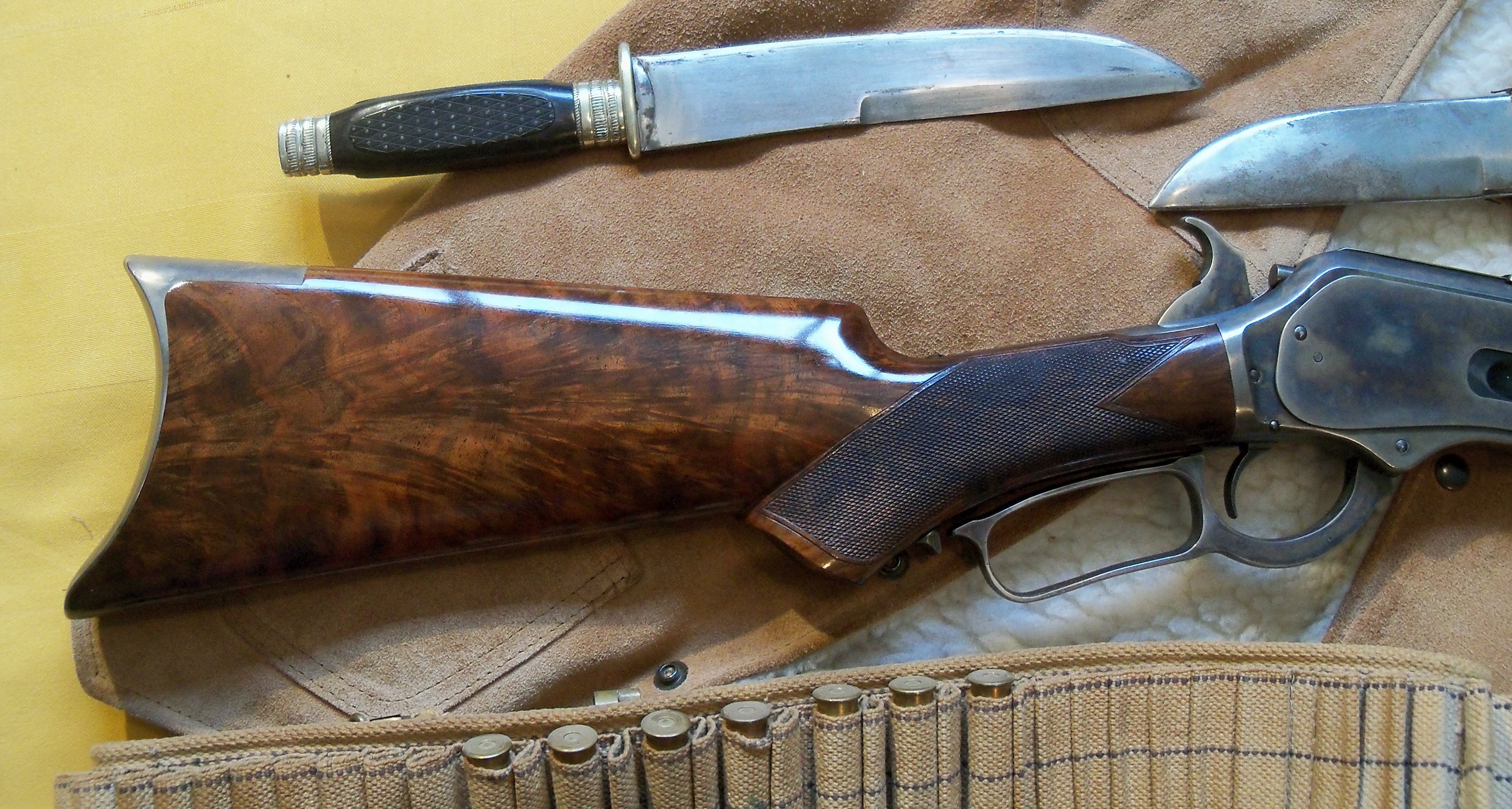 Years ago I bought the following DS (Dursten Special) grade Lefever Arms Co. 12 ga. double with original 26 inch barrels as a parts gun with no butt stock, the barrels dented with no finish. It was re stocked with a piece of Turkish Walnut I had been saving for it. I did some reshaping of the receiver, did all of the engraving, converted it from a pistol grip to a straight grip, installed a Ebony forend tip and had the safety button and triggers gold plated. The case colors and bluing were done by the same shops as the previous Winchester. 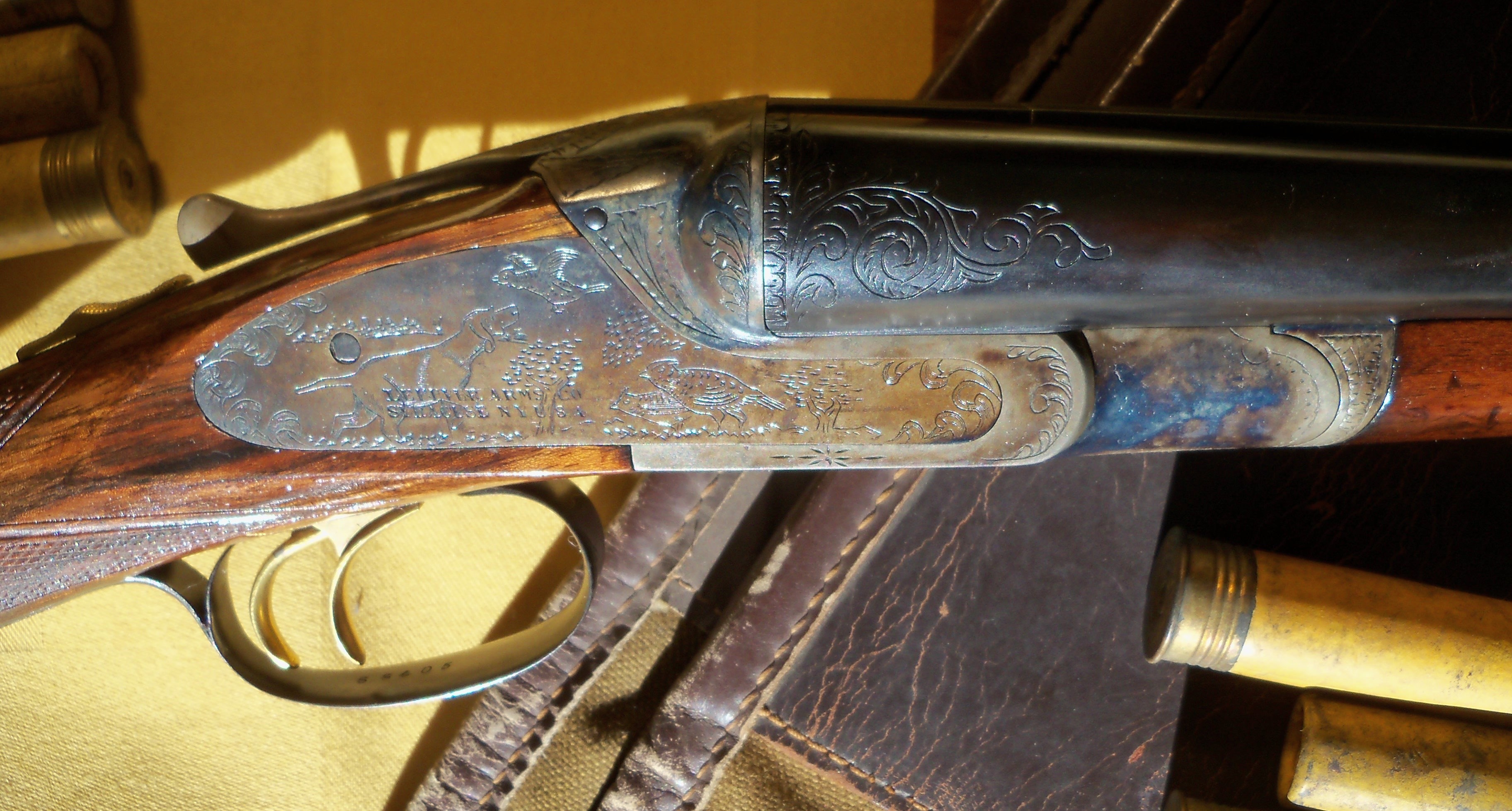