Below we have a magnificent 10 ga. side by side sold by Heinrich. It incorporates the hammerless action first developed and made known in England as the  Daw design of 1862. This is illustrated in it’s German configuration in Adolf Zimmer’s 1877 book Die Jagd-Feuergewehre. It is coupled with a underlever which first slides the barrels forward before the pivot on a hinge point at the forward end of the Forend in a manner also used by Teschner and Collath. The pictures are courtesy of G. David Carter Antique Firearms. 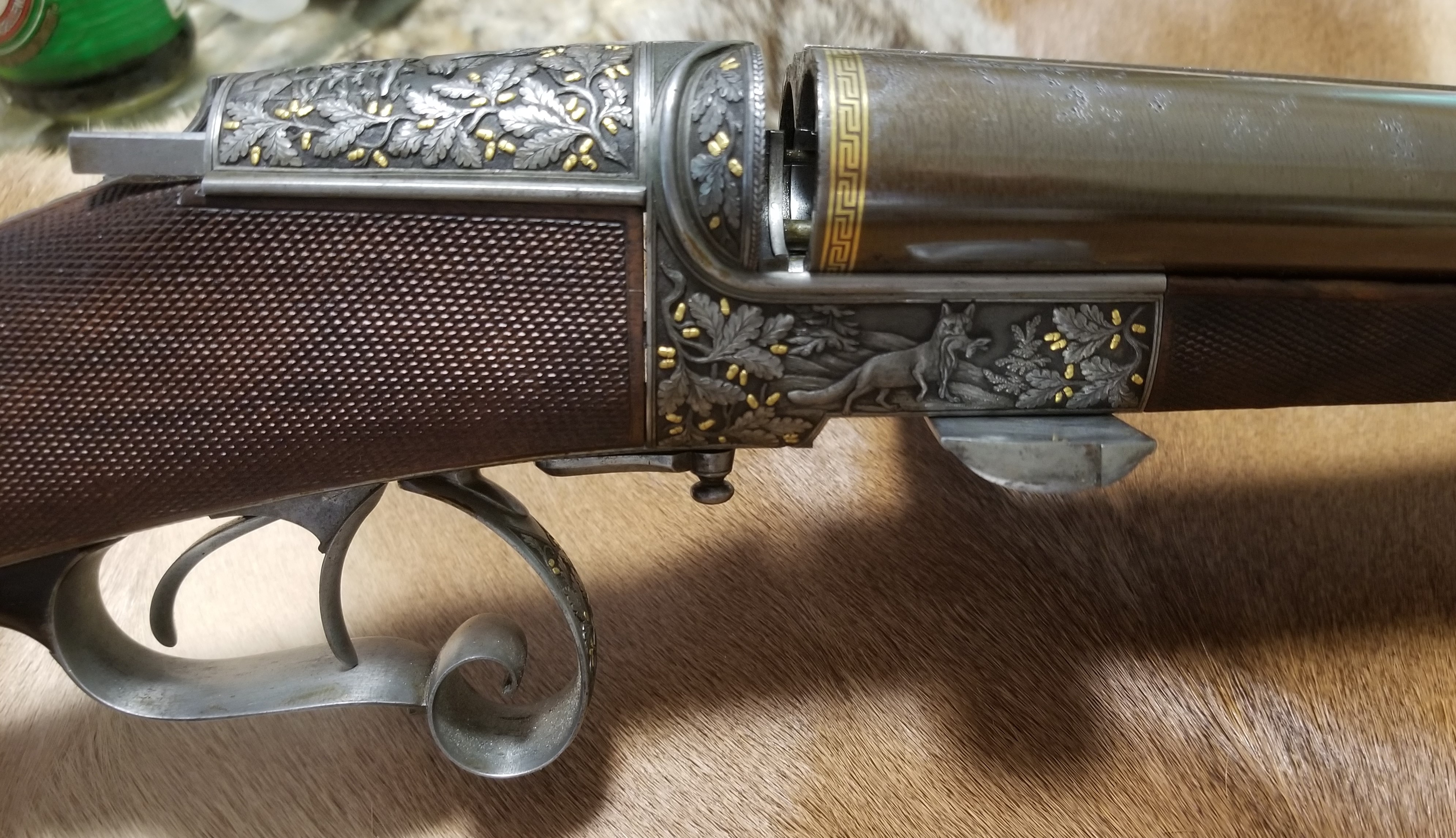 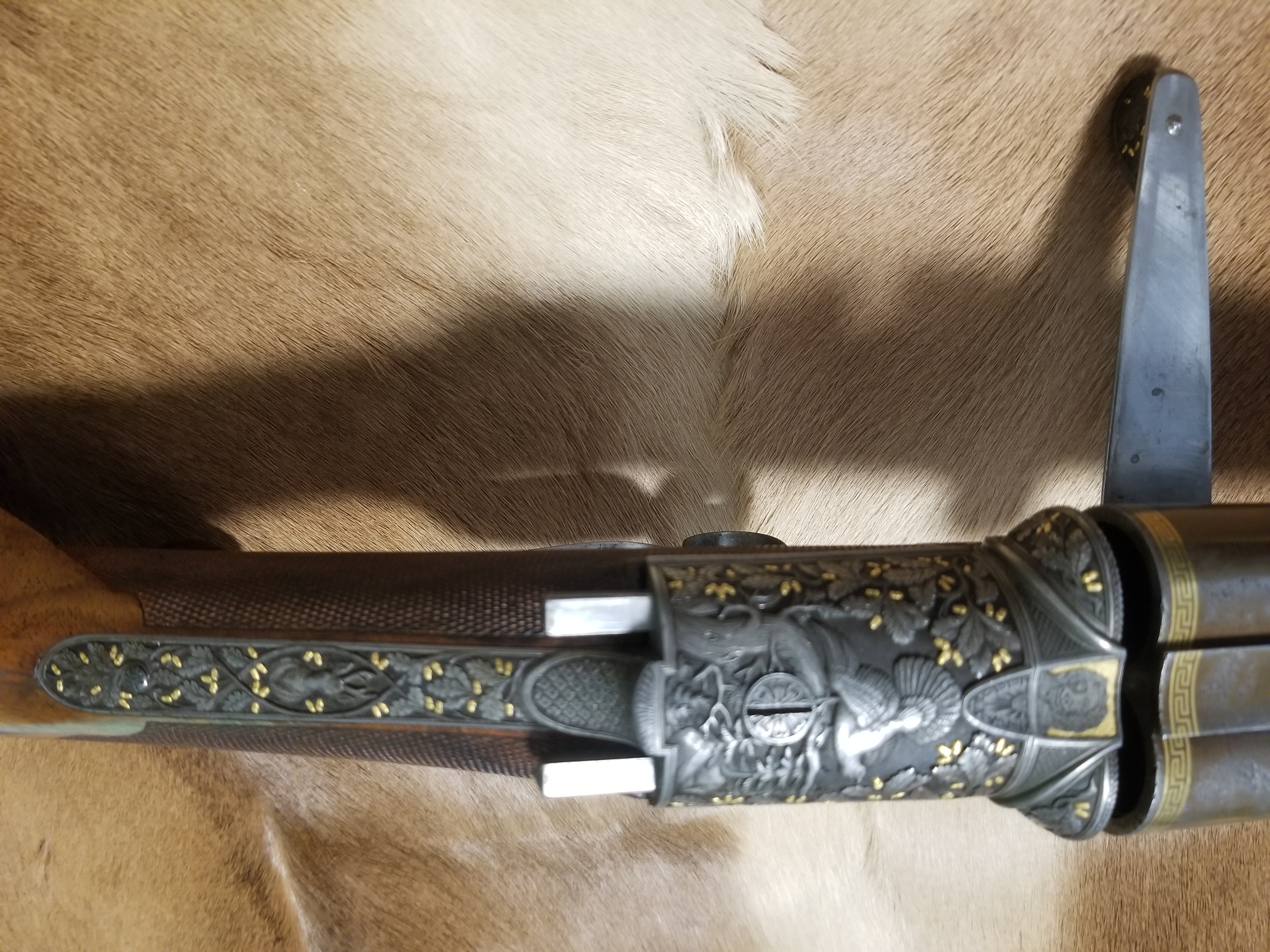 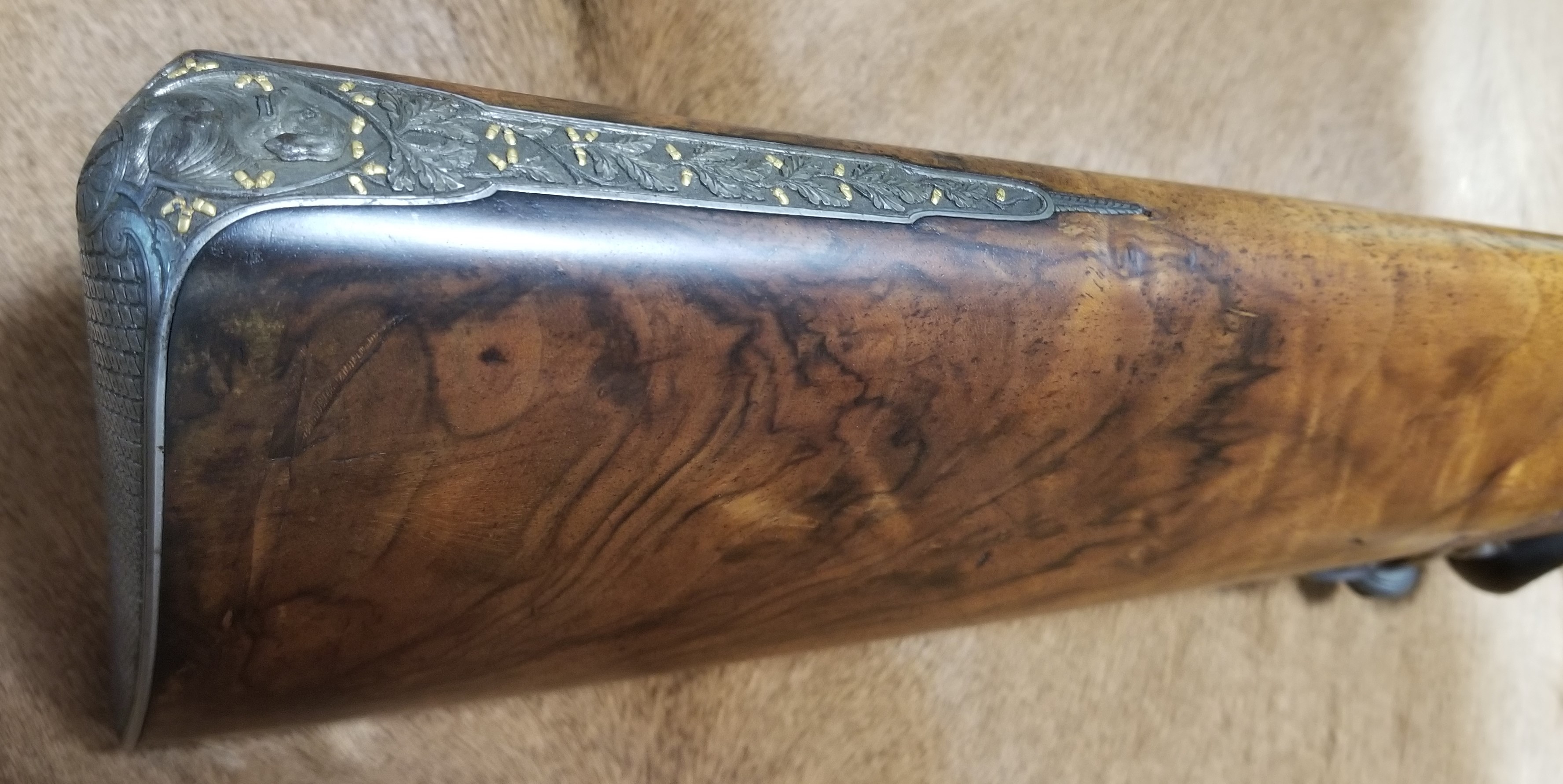 The Hammerless action as shown in Zimmer’s 1877 book Die Jagd-Feuergewehre  with a Roux underlever instead of the Teschner and Collath type underlever.