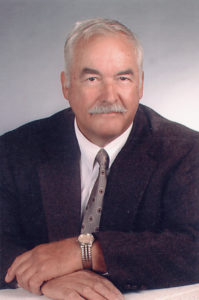 Hans in his all-too-short lifetime was one who loved German guns and the tradition that goes along with them. Not only did he love them, but he also studied them and shared what he learned with many others. For years he had worked on a book about these guns and their makers. (This book was later published posthumously by Marcia- LBS)

This is what his friend, George Hoyem, has to say about him: “I met Hans at an Antique Arms show in the Los Angeles area about ten years ago and we were friends from then on. His knowledge of German sporting guns was so vast that I found that I could go to him for the answer to any question I had on a particular gun.”

We thank Marcia Pfingsten for sharing with us his life’s story.

Hans was born on January 4, 1937 in Itzehoe, 35 miles north of Hamburg, the third child of Leopold and Irmgard Pfingsten. World War II overshadowed his early years: the hardships a war brings, the fire bombing of Hamburg, and the absence of his father, a Captain in the German Army. At the end of the war in 1945, the family revitalized the liquor and wine business founded by his Great Grandfather in 1879.

He had an early interest in guns. At 12 years of age he found a machine gun buried in a ditch, took it home and hid it in the attic. After he found some ammunition for it, he fired it into the attic floor for lack of another place to shoot it. He tried to cover up the damage to the ceiling below but did not get away with it. His father made him turn in the gun to the authorities.

Hans was a rebellious teenager who would rather read and draw than attend school. At age seventeen he began a four-year apprenticeship as an automobile mechanic and ended up working for Ford while restoring cars on the side.

In 1963, 26 year old Hans came by ship to the United States with two suit cases. He stayed with his sister in Long Beach, CA. where he learned English and found a job as a mechanic in a Volkswagen dealership. Only two months later his father passed away and Hans had to borrow money to return to Germany. Although he had planned to only stay  two years in the States, the oss of his father and the great freedom he enjoyed in America changed his mind. He bought property in Morongo Valley, built a house and planted trees for the rest of his life.

But before he settled down, he experienced his own “Gold Rush.” When he read about gold mining in northern California, he packed up his VW van and headed north to find out what it was all about. He hooked up with a group who used VW engines to run their dredges during the summers of 66 and 68 and returned many summers after he was married. He met Marcia in 1969 while she was a senior at UCI and married her later that year.  Hans worked at different VW repair shops before he opened his own shop in Garden Grove and later in Orange.

The Pfingstens moved to permanently Morongo Valley in 1978. Marcia’s parents built a house nearby. Hans worked for his father-in-law in his construction business and eventually took it over. To the cabin on 3 1/2 acres in the high desert above Palm Springs they added a garage, a four stall car port, a 3,000 square foot house and planted a large orchard. They lovingly raised four children and had a wonnderful marriage because they encouraged each other’s pastimes.

Hans’ interest in guns was nurtured in his childhood by hunting with his father and maternal grandfather, who held a high position in the forestry Department under kaiser Wilhelm II. Hans inherited his father’s Drilling and several other guns and began collecting when he arrived in America. He began buying and selling German and Austrian guns in the 80’s and considered taking up engraving. Instead he started writing about guns about ten years ago, dictating while Marcia punched it into their very early and very expensive computer. When he met his friend Bruce Hamilton, a graphic arts computer expert, Hans bought the right equipment and became proficient with a digital camera and computer.

To close this account about the Pfingstens, Marcia told us a story with a jhappy ending about Hans. At the June 1998 Las Vegas gun show, Hans bougfht a rifle and started to walk back to the Imperial Palace Hotel. He did not have a case for the rifle; other pedestrians saw it and but did not seem concerned about it. One man remarked “Well that’s one way to cover your losses.” Hans heard someone yell, “don’t move.” He turned around and was confronted by two policemen in their patrol car with drawn revolvers. Hans looked around to see whom they were yelling at and saw three more patrol cars screeching to a halt near him. After Hans showed them his identification and cleared all background checks, one officer drove him to his hotel and told him that he had never before drawn his gun. that his hand was shaking and that he was glad that nobody had seen him behind the car door.

When Hans signed up for a tour to Germany in 2000 with members of the German Gun Collectors Association, he showed up with a manuscript for a book about German gun makers. This tour helped him with his endeavor. He also became a good friend of the German engraver Hendrik Fruehauf and his brother the gun maker Marco Fruehauf. All Those who got to know him now miss Hans.

Below is one of the outstanding articles written by Hans  which appeared in the Spring 2001 issue of Der Waffenschmied. 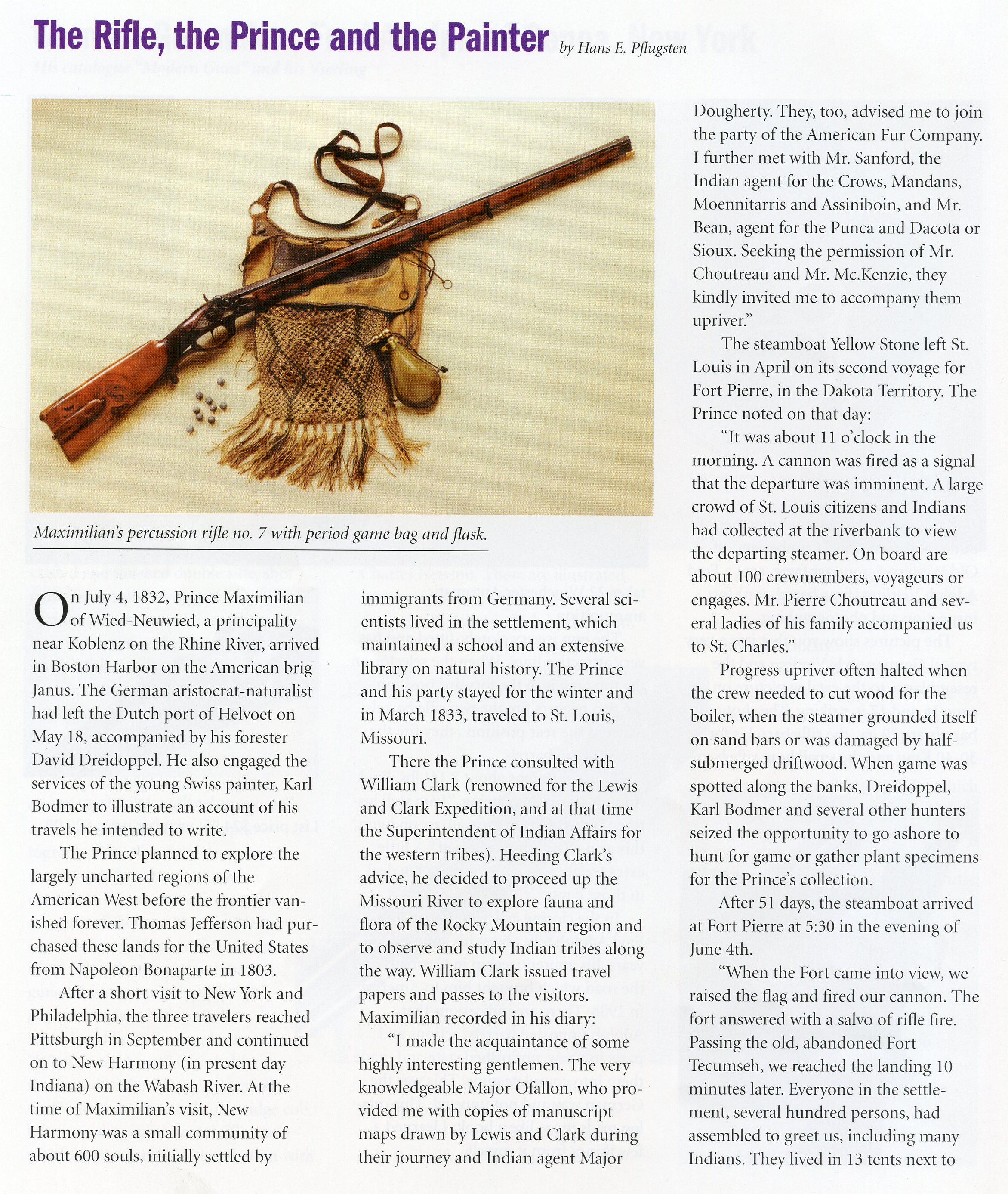 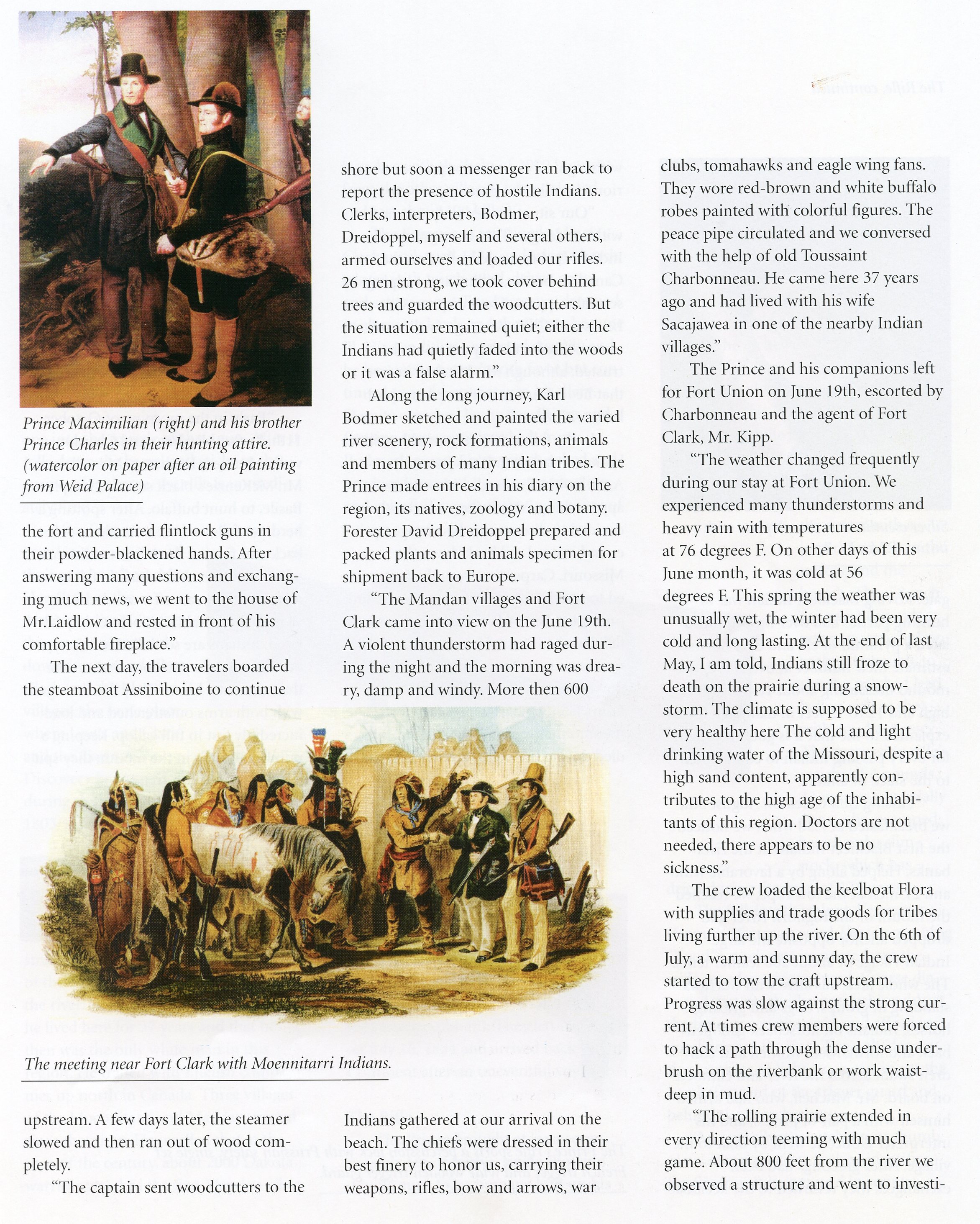 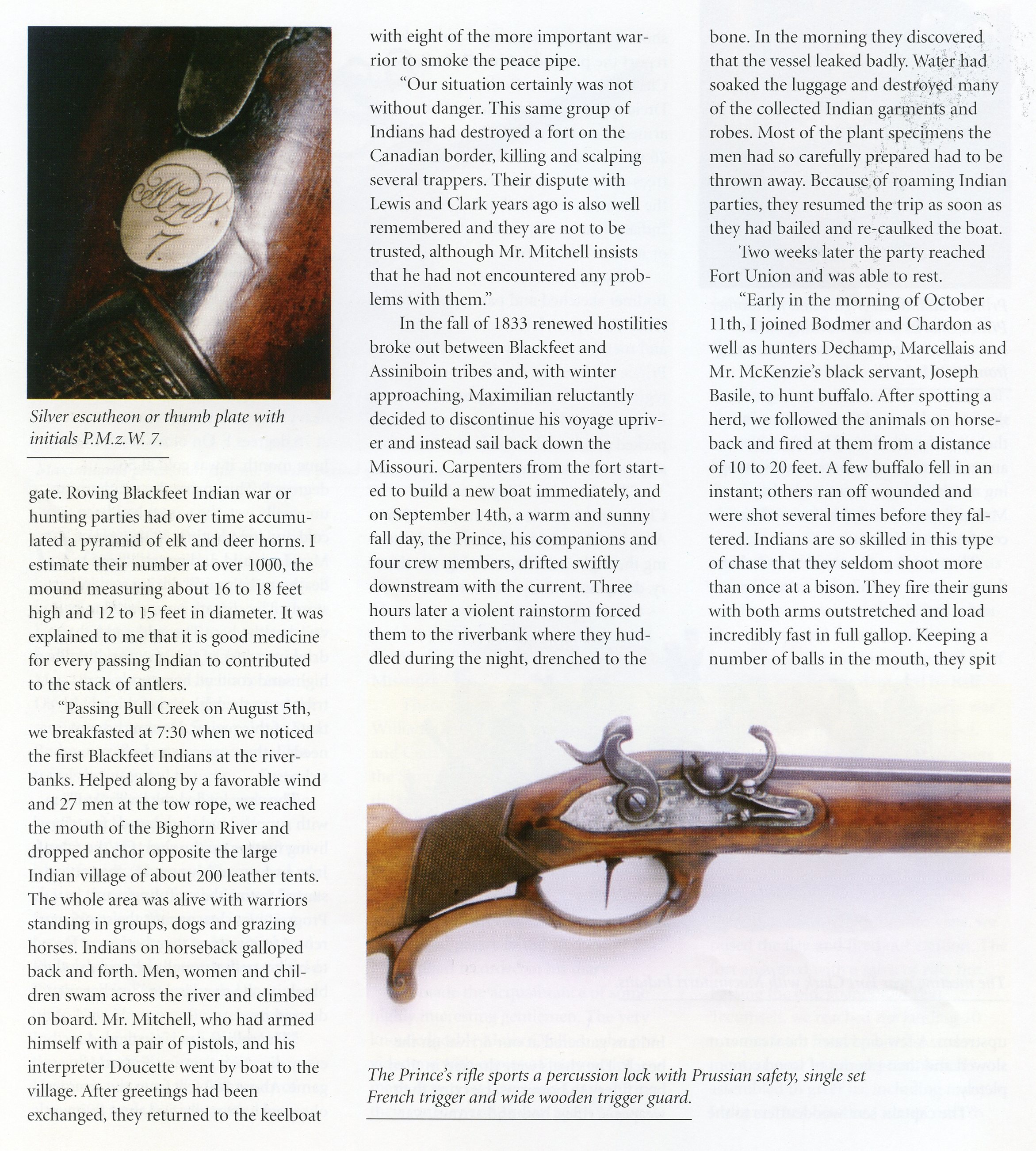 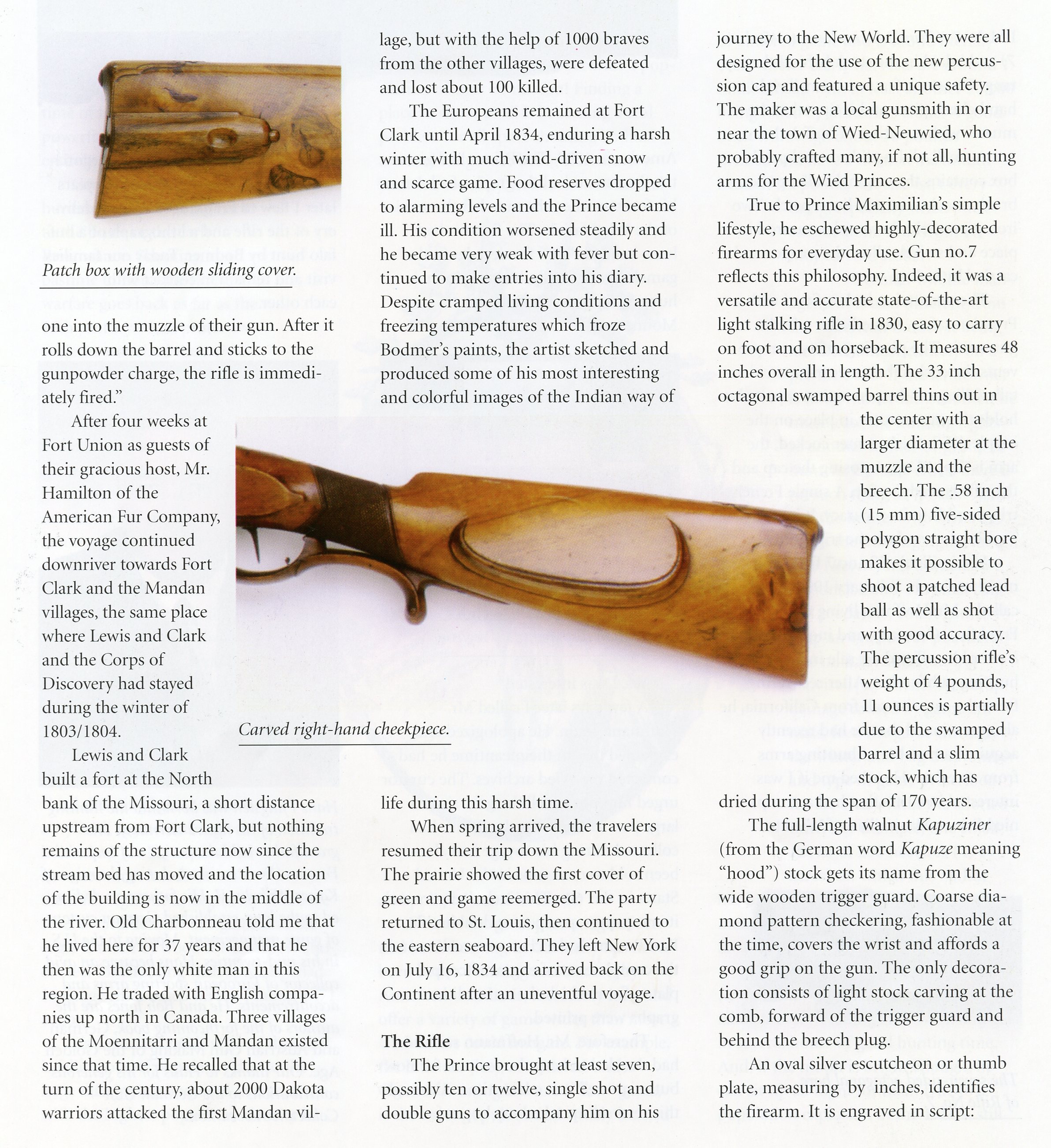 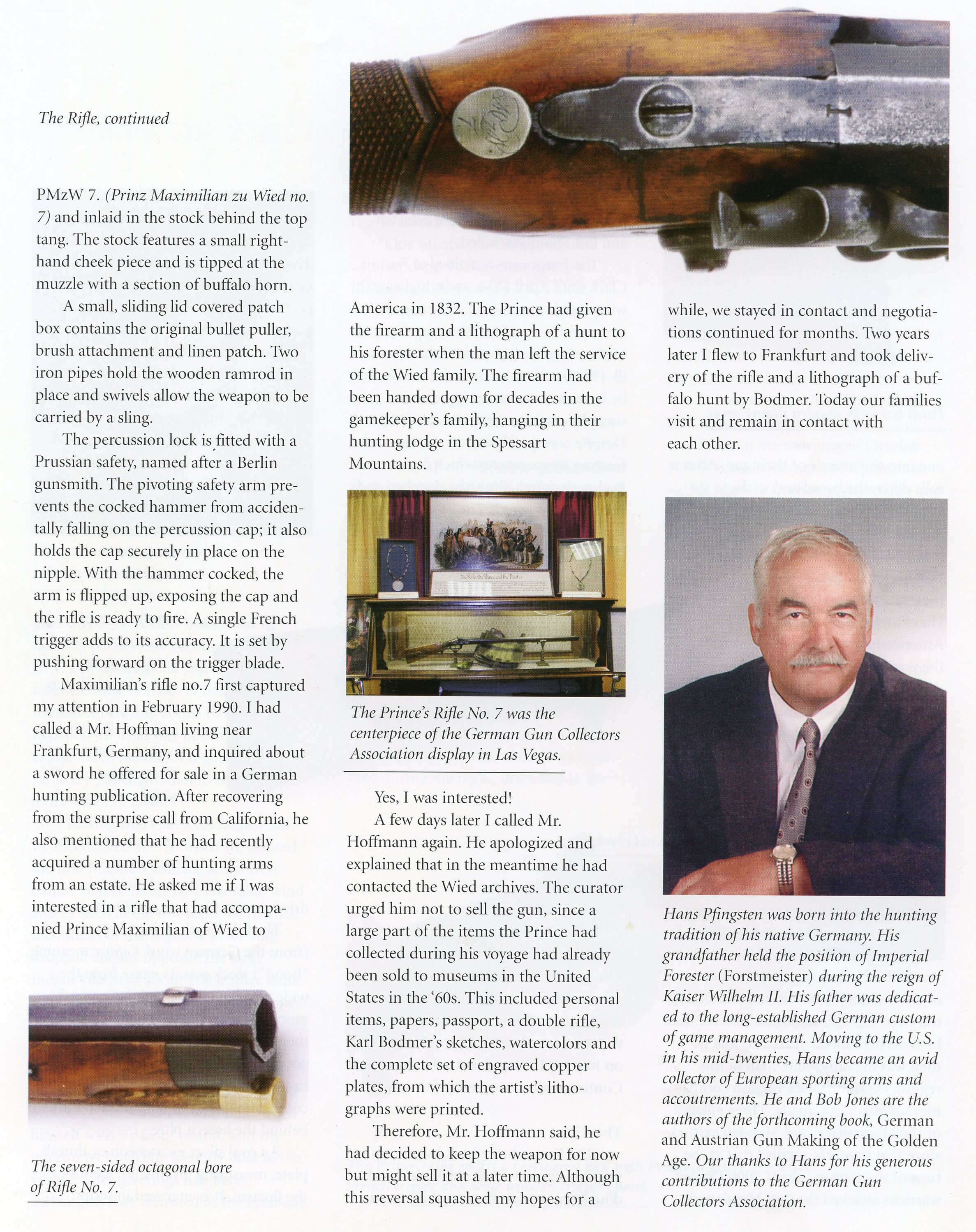 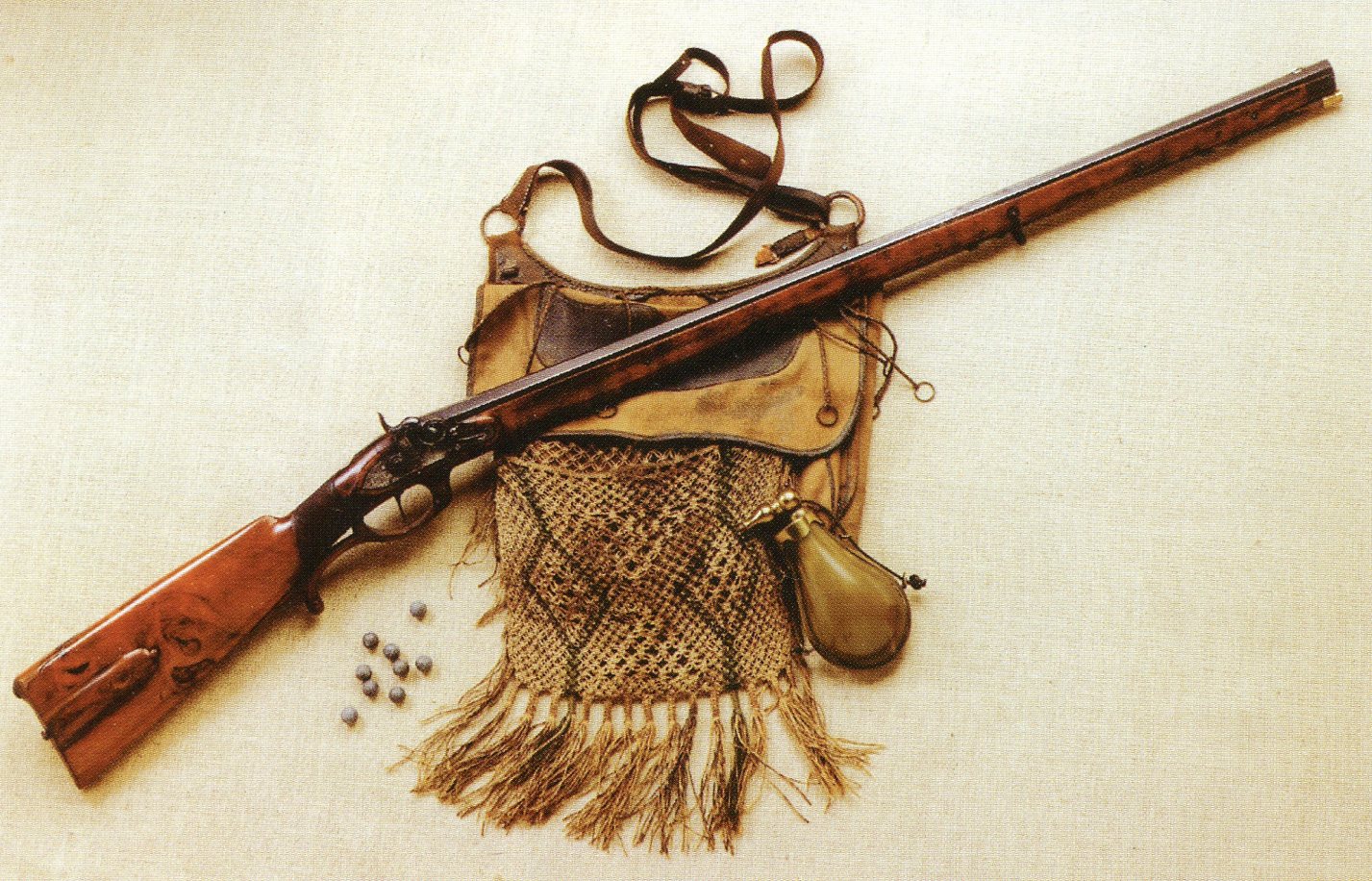 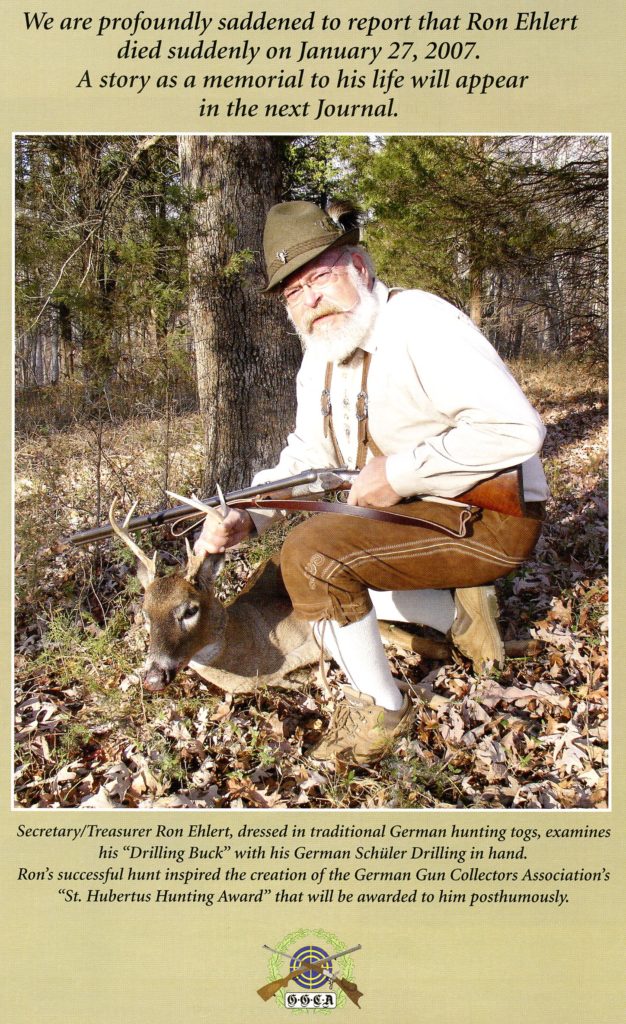 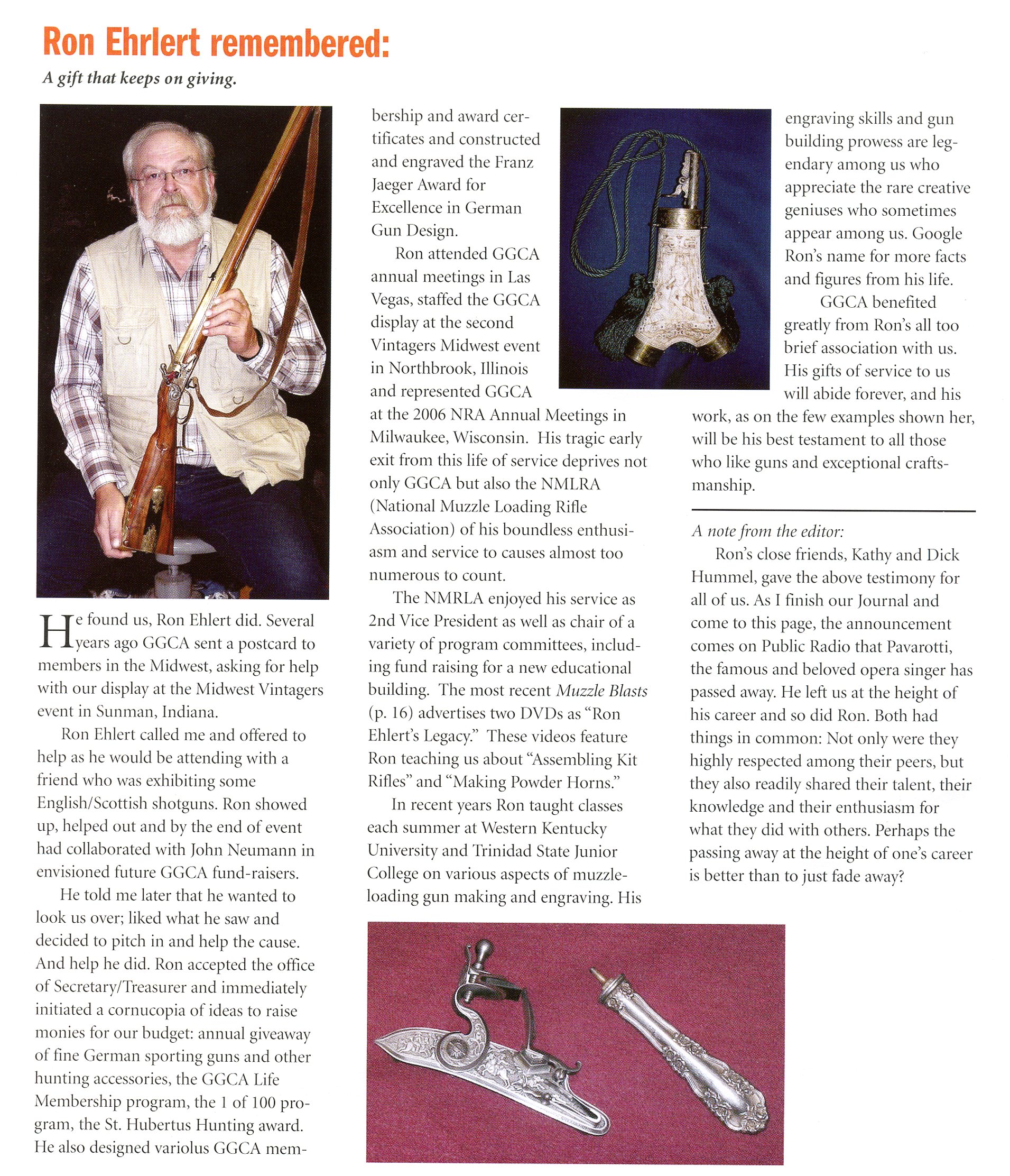 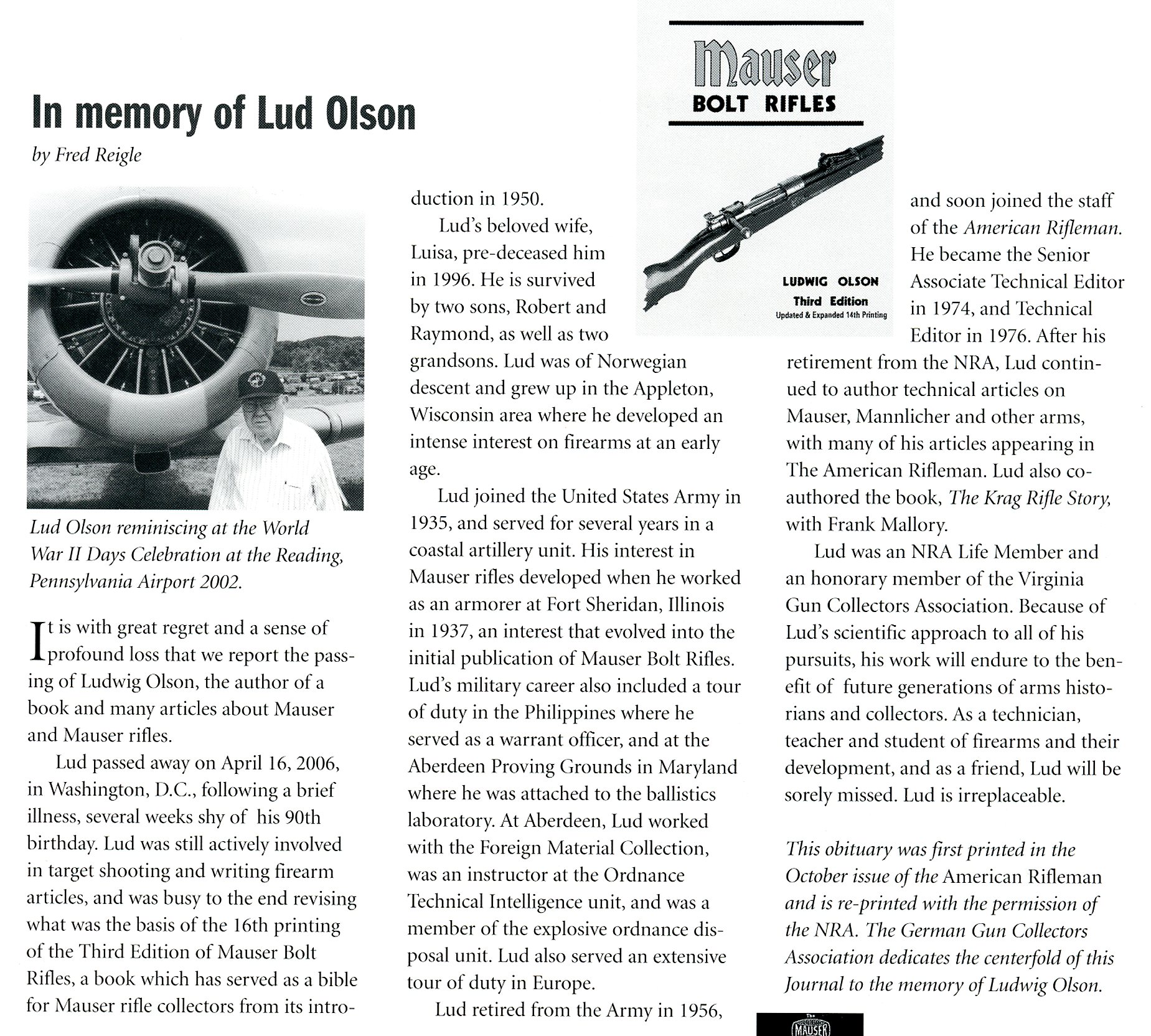