1809. he lived in Hessen near the city of Braunschweig in the state of Saxony. He had a brother-Karl who came to America in the 1850’s and served in the Civil War and was killed while serving in the Minnesota Volunteers. On his Death Certificate signed by the Adjutant of the Minnesota Battalion he was listed as Chas. H. and is buried in the Jefferson Barracks National Cemetery in St. Louis.

The percussion  muzzle loading gun pictured is a three barrel set in a walnut case with it’s accoutrements. On the toe of the stock is the mark in gold lettering- “C. Hasselmann in Hessen” 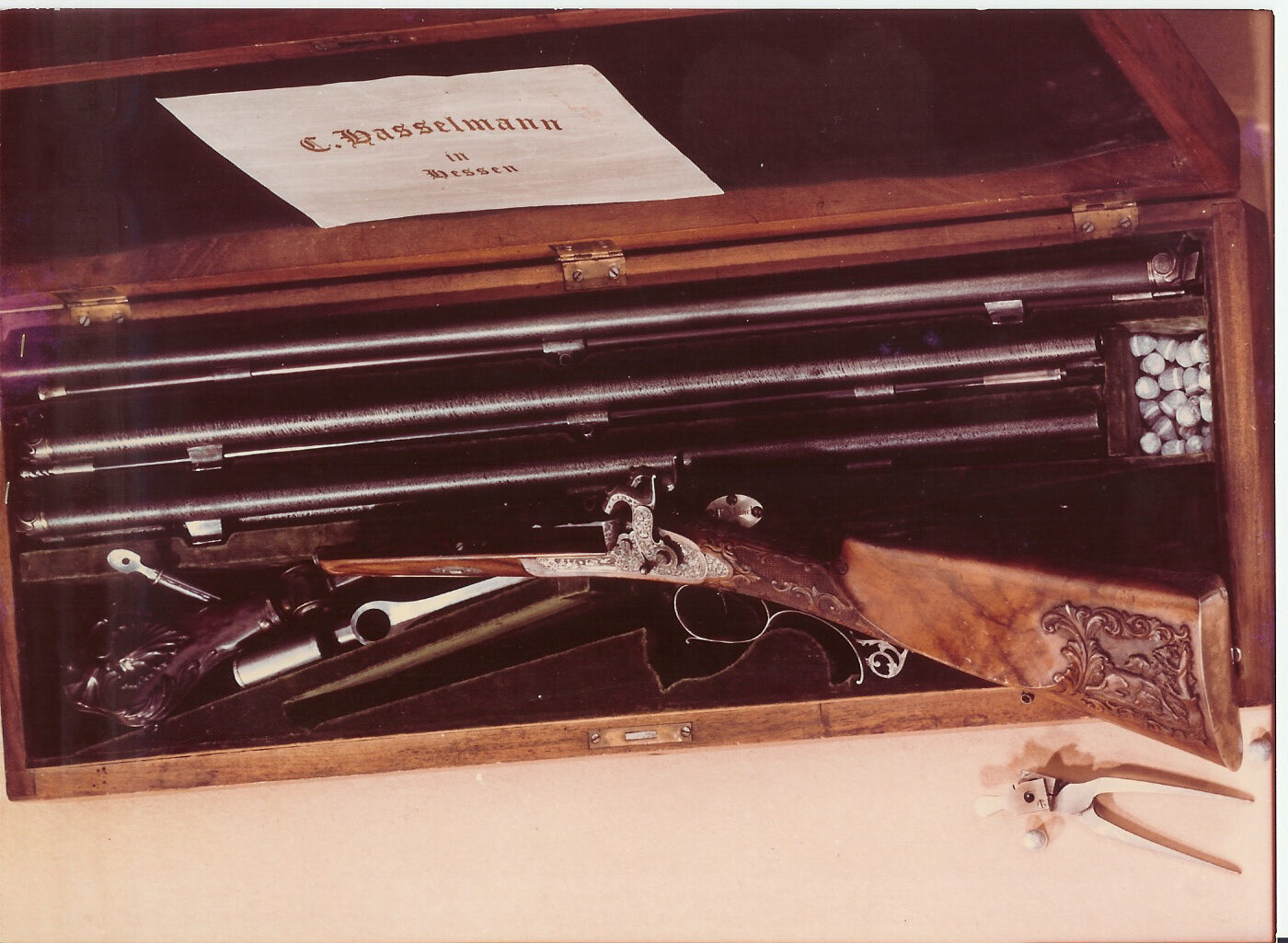